“Uvalde County, named for Spaniard Juan de Ugalde, is in Southwest Texas midway between San Antonio and the International Amistad Reservoir on the United States-Mexico border.”

“The Canyon de Ugalde Land Company, formed by land speculators in San Antonio in 1837, began purchasing headright grants in Uvalde County in the late 1830s. Many of these land grants were in prime locations along the river valleys of Uvalde County, and the company held the rights until the 1850s before reselling them to frontier settlers; profits often averaged 200 percent.”

“Uvalde County was formed by legislative act from Bexar County on February 8, 1850, but failed to secure a permanent county status because of an insufficient number of settlers.”

“A second attempt by [prominent settler, Reading] Black to organize the territory resulted in a petition to form a county encompassing the area of the present Kinney, Maverick, and Uvalde counties. The petition was approved in 1855 by the citizens of Eagle Pass, Los Moras, Patterson Settlement, and Encina. A much smaller Uvalde County was established by legislative enactment on February 2, 1856; four months later, on June 14, Encina was made county seat and renamed Uvalde.”

“Since it was generally believed that farming was impractical without irrigation, the plantation system never developed in Uvalde County; as a result, only twenty-seven slaves resided within the county at the time of the Secession Convention in 1861. Uvaldeans voted 22 to 18 for American party candidate Millard Fillmore over Democratic candidate Buchanan in 1856, and 76 to 16 against secession.” 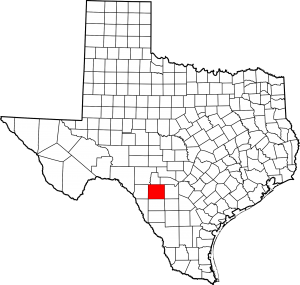 “Beginning with the Civil War and Reconstruction Uvalde County endured three decades of unrelenting lawlessness and frontier savagery. The abandonment of Fort Inge immediately after secession was followed by renewed Indian attacks.”

“Many men in Uvalde County fought for the Confederacy, while such Unionists as Reading Black fled to Mexico to avoid persecution. Between 1862 and 1863 the county suffered a threefold increase in the number of delinquent taxpayers. It lost half of its school-fund when the state treasury was redirected to the Confederate war effort. Violence and lawlessness were so pervasive that armed guards were employed to assist the county tax assessor and collector, and the county had no sheriff for nearly two years.”

“Uvalde County gradually emerged. The Uvalde Umpire began publication in 1878 and the Hesparian in 1879. King Fisher was appointed county deputy sheriff in 1881 and was succeeded by Sheriff Henry Baylor in 1884. The Galveston, Harrisburg and San Antonio Railway was built through the county, passing through Sabinal and Uvalde City, in 1881. Ranchlands were fenced, and the use of school lands for free grazing was banned in 1877, when a new courthouse was built; Uvalde was incorporated in 1884.”

“The local bee industry developed a product that received first place in the 1900 Paris World’s Fair. The first shipment was a case of bulk comb honey from D. M. Edwards in Uvalde in July of 1883. Entrepreneur James Whitecotton of Laguna gained attention as the largest honey dealer in the country with record sales estimated at a million pounds annually during the 1890s. The abundant guajilla shrub furnished the nectar for Uvalde County honey, which in 1900 produced 161,800 pounds.”

“By 1903 farms were successfully growing peaches, plums, figs, pears, onions, tomatoes, pumpkins, melons, potatoes, cabbage, and beans. Onions shipped from Uvalde County reached a high of 100,000 pounds in 1903. Limestone asphalt mined at Blewett in southwest Uvalde County was shipped to road-paving contractors throughout Texas from 1898 to 1901. In 1910 county farmers harvested 23,135 pounds of pecans.”

“Two notable government projects were completed in the county in the later part of the 1930s: the National Fish Hatchery, three miles west of Uvalde (1937), and Garner State Park, which was built with Civilian Conservation Corps labor and opened in 1941. Garner Army Air Field opened in 1941.”

“By 1960 Mexican Americans made up one half of Uvalde County’s 16,015 population. Efforts to gain civil rights for Hispanics in Uvalde County began with the establishment of the Tomas Valle Post of the American Legion. As late as November 23, 1973, a federal administrative judge ruled that Uvalde County schools were still segregated. County churches maintained segregated places of worship until an integrated Catholic church emerged in Uvalde in 1965.”

“Since 1973 Uvalde County livestock raisers have introduced a number of European breeds to produce cattle more adaptable to feedlots, which have become more common. The population grew from 17,348 in 1970 to 22,441 in 1980.” 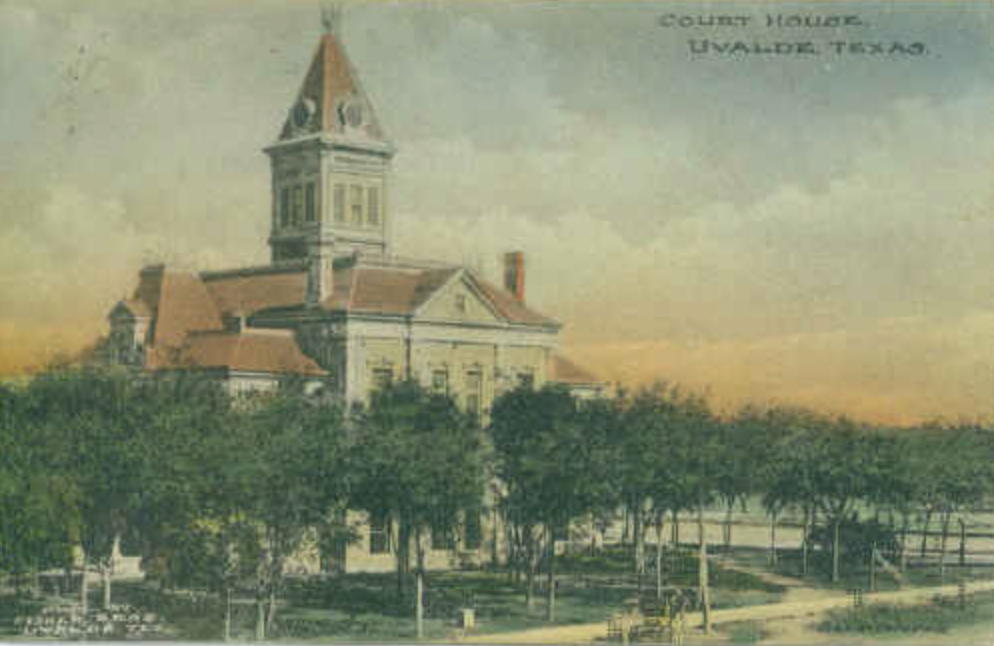 In 1928, the county moved on to its fifth courthouse. What happened to this once is unclear, but I’d assume it was demolished, as opposed to burning like many of its predecessors. 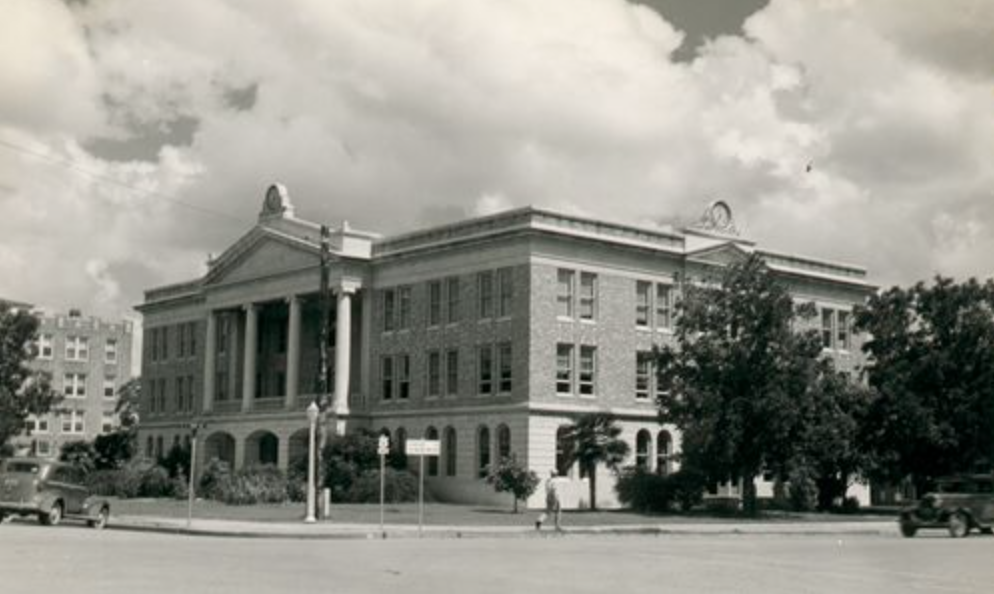 The Uvalde County commissioners court chose the period’s renowned architect, Henry T. Phelps of San Antonio, to undertake the project for a new courthouse. And so he plotted the designs for this impressive, Neoclassical building. Leading its construction was prominent local contractor M.H. Ryland.

Of note, the clock placement on this courthouse is unique in the state of Texas. 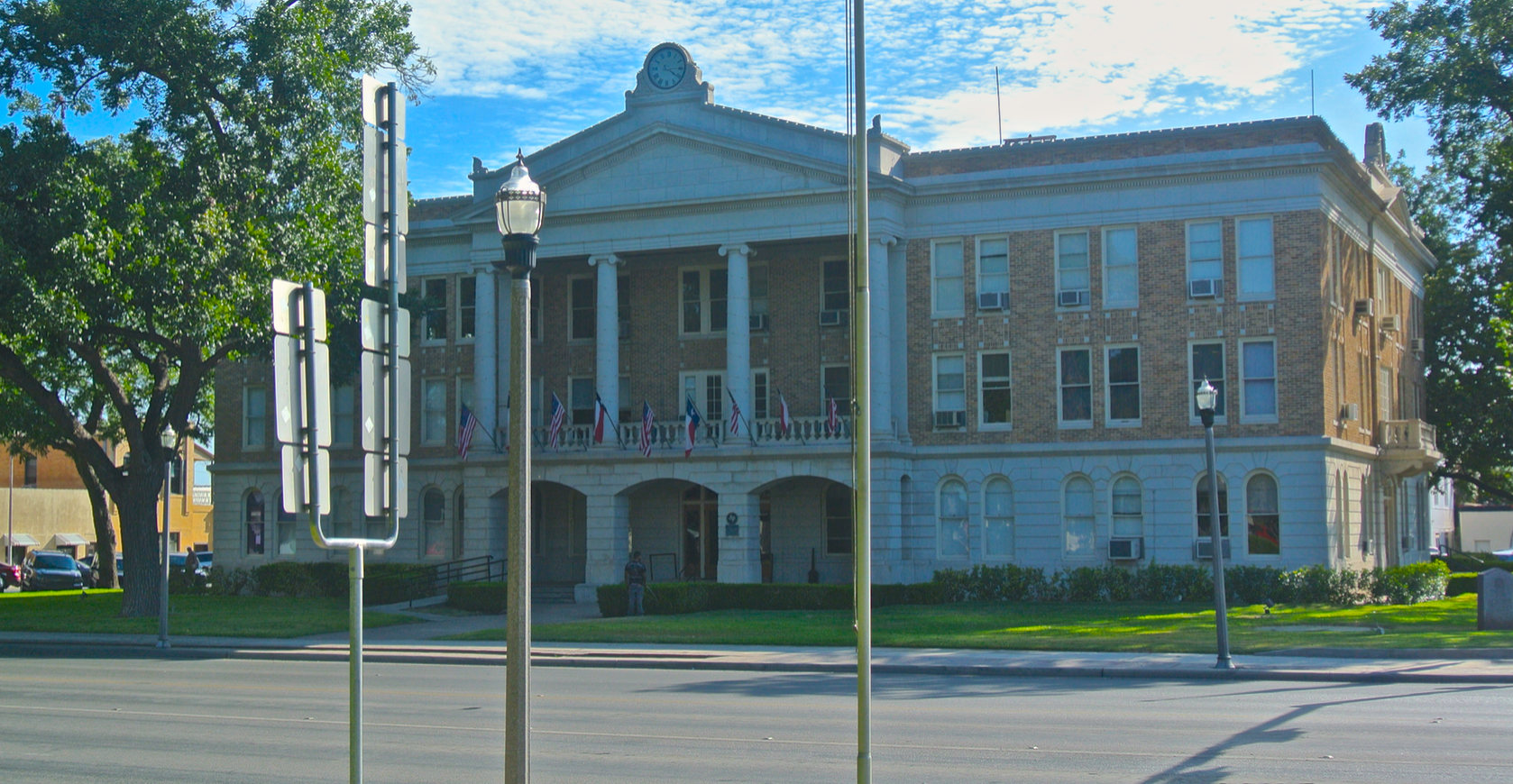 Mind the conditions of the sun. 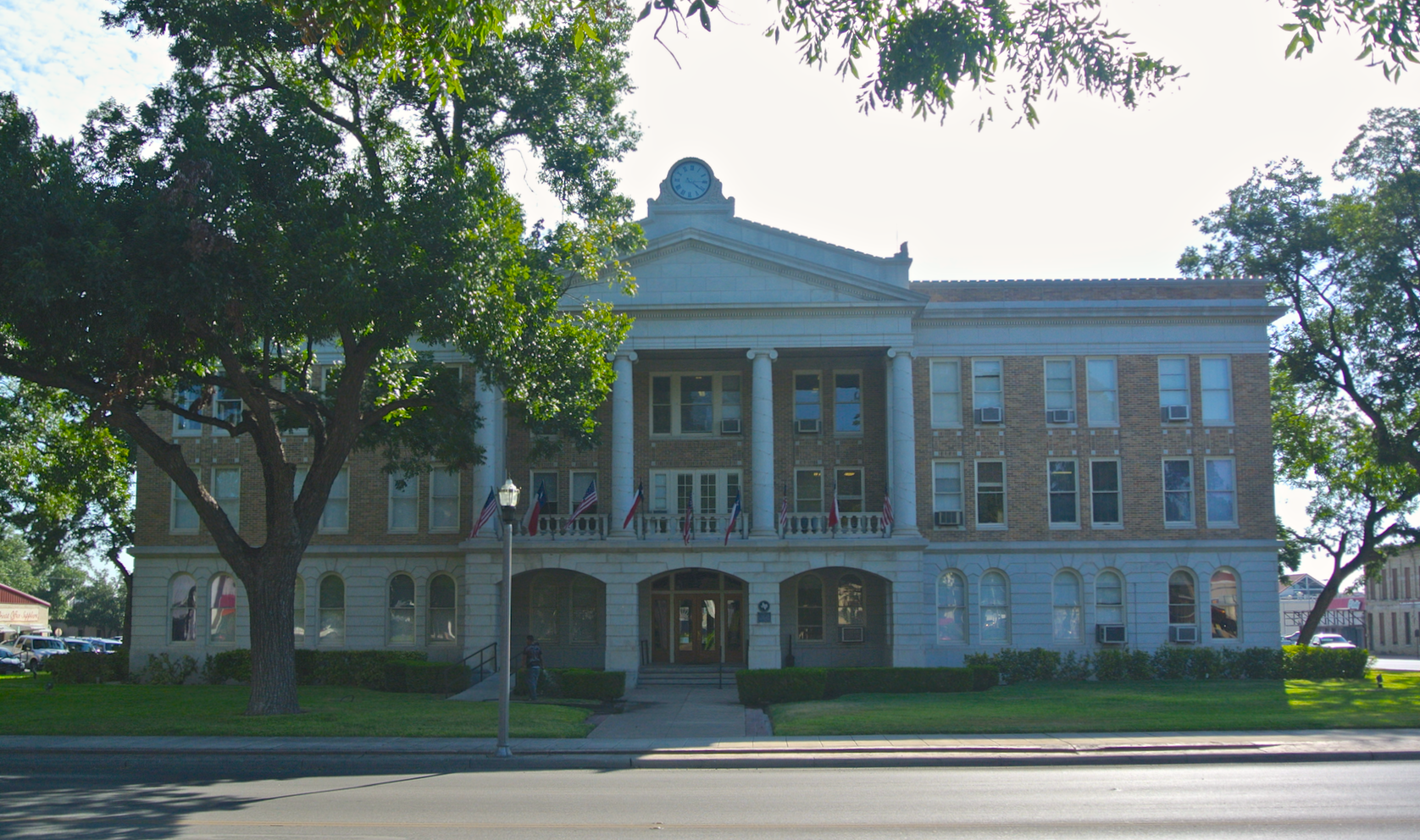 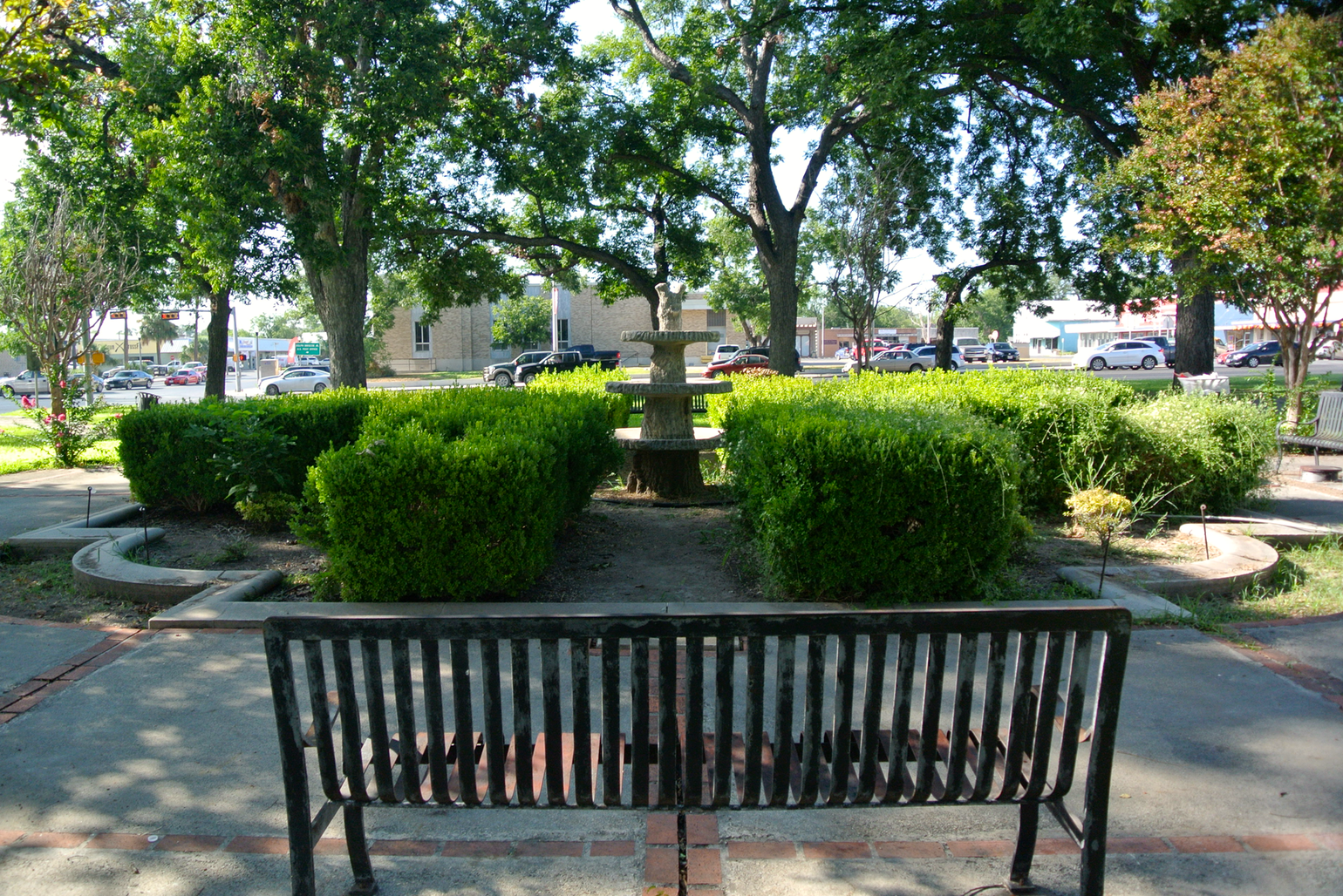 Across the highway from that entrance is a small park. 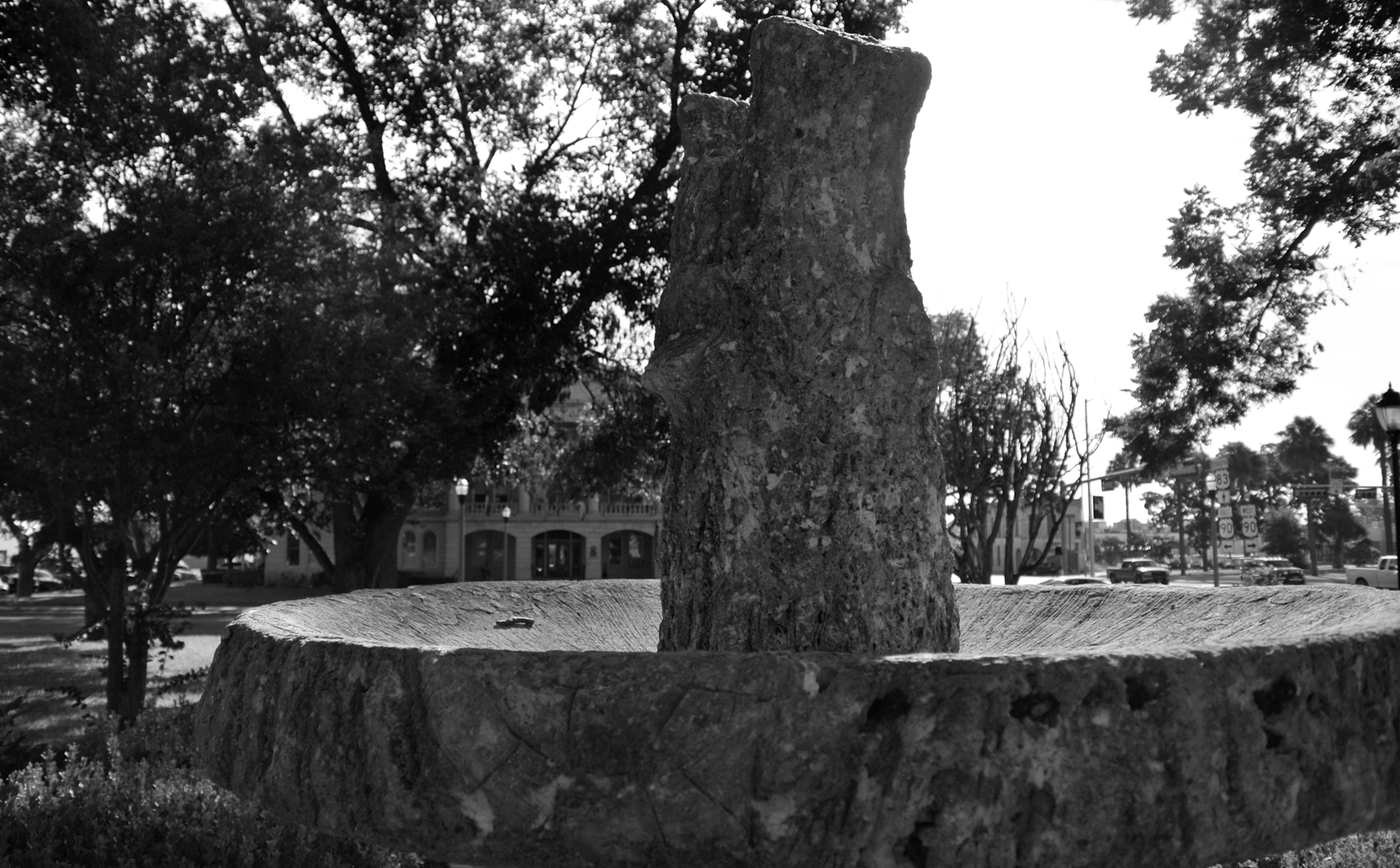 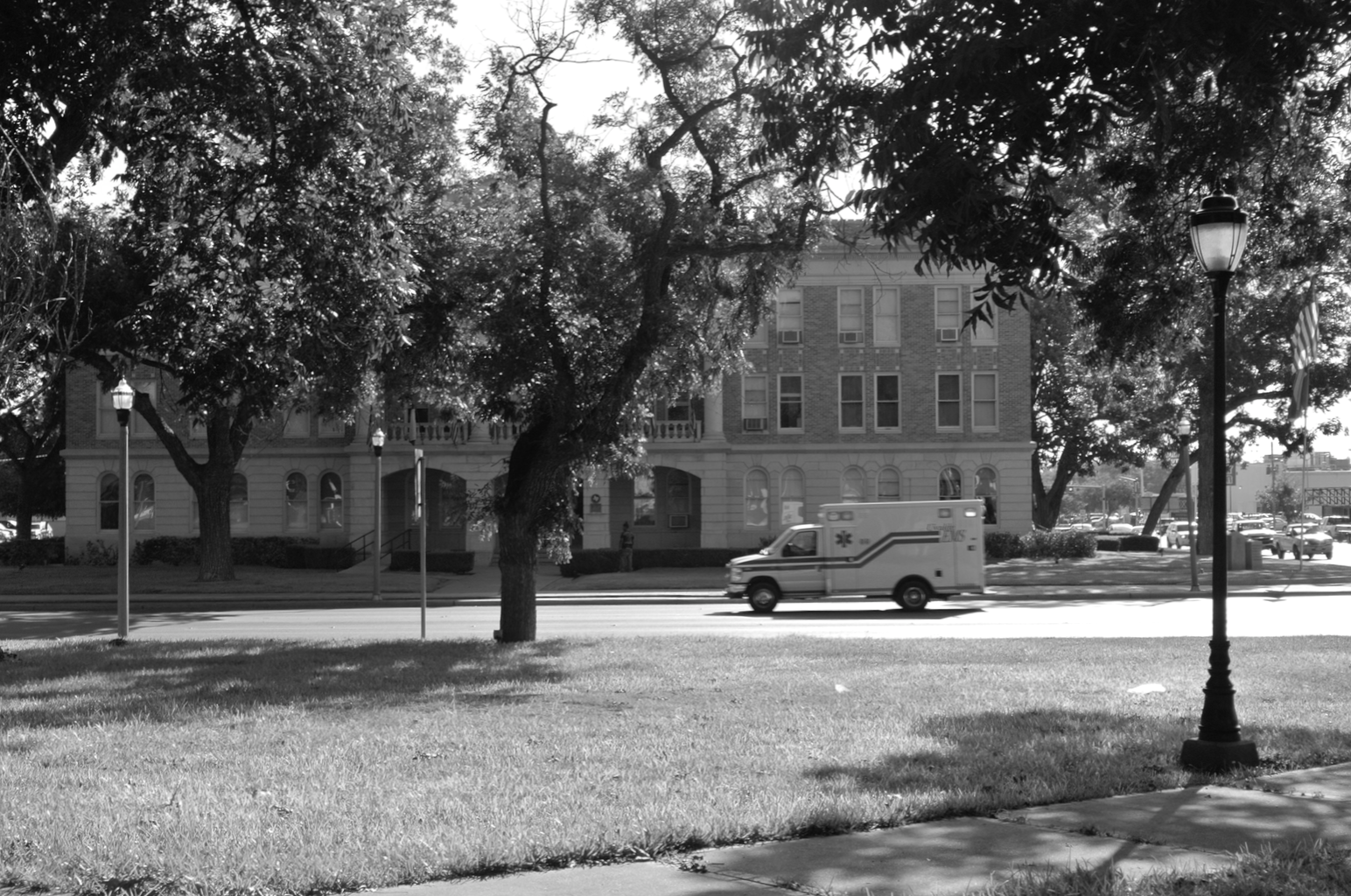 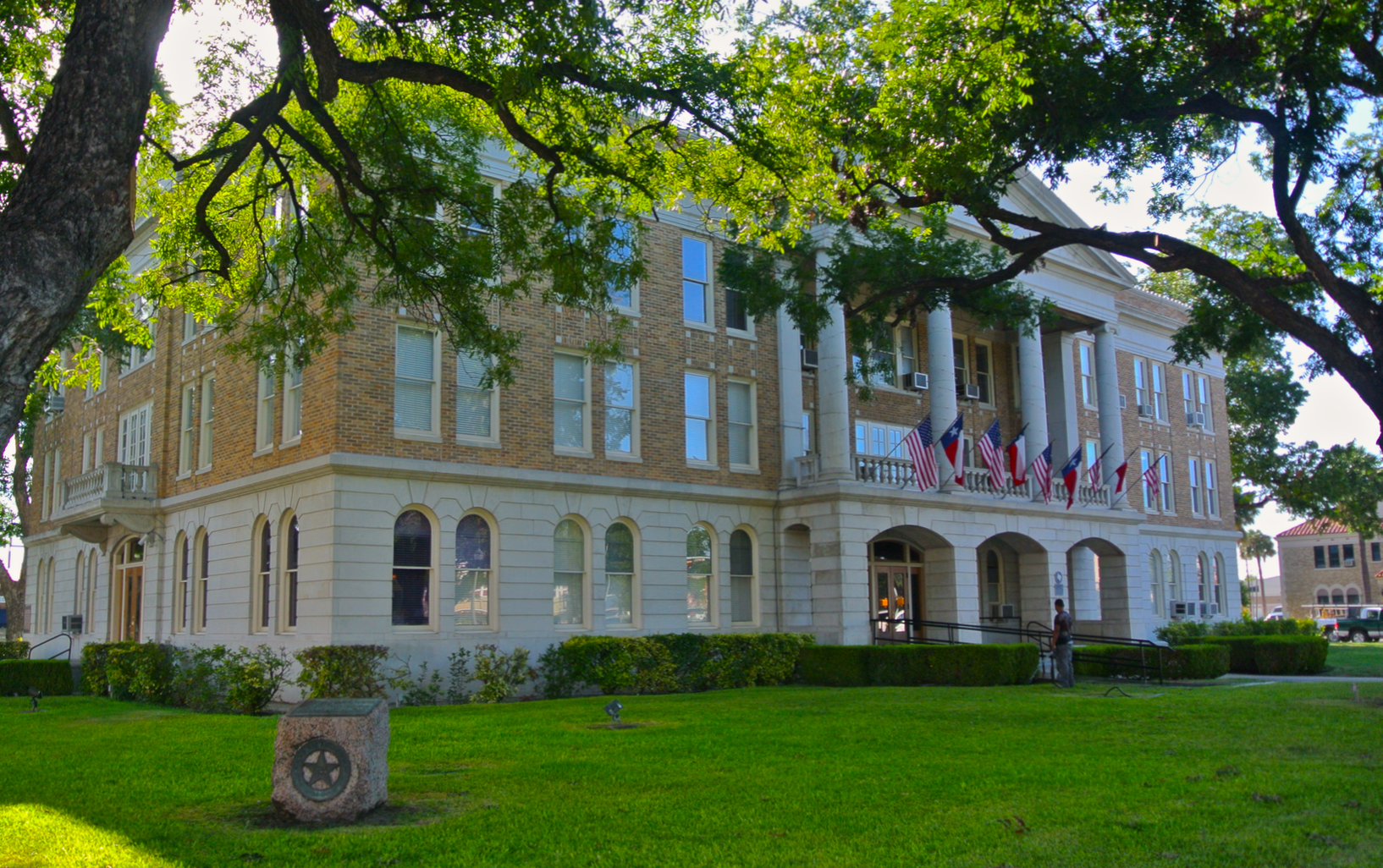 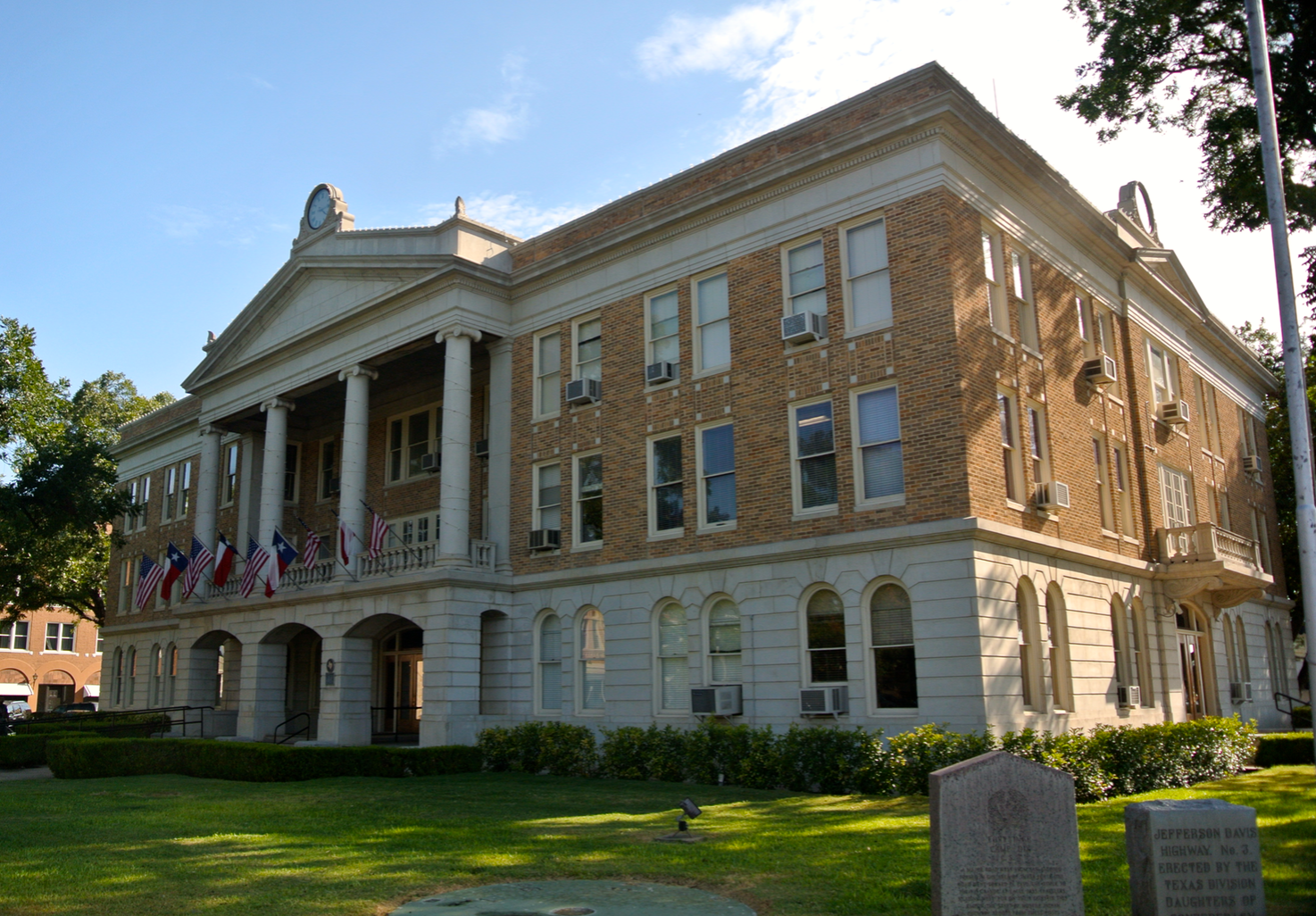 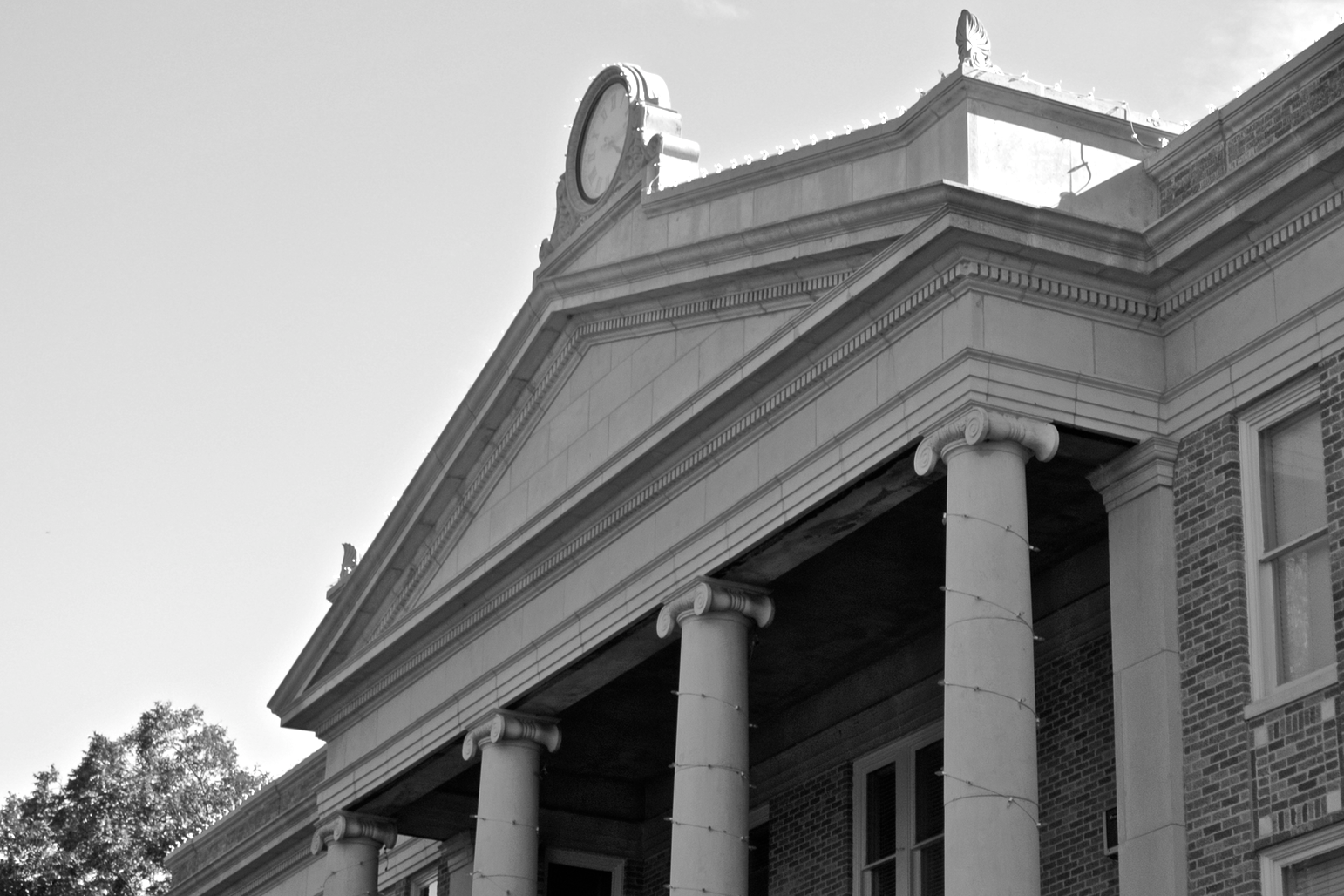 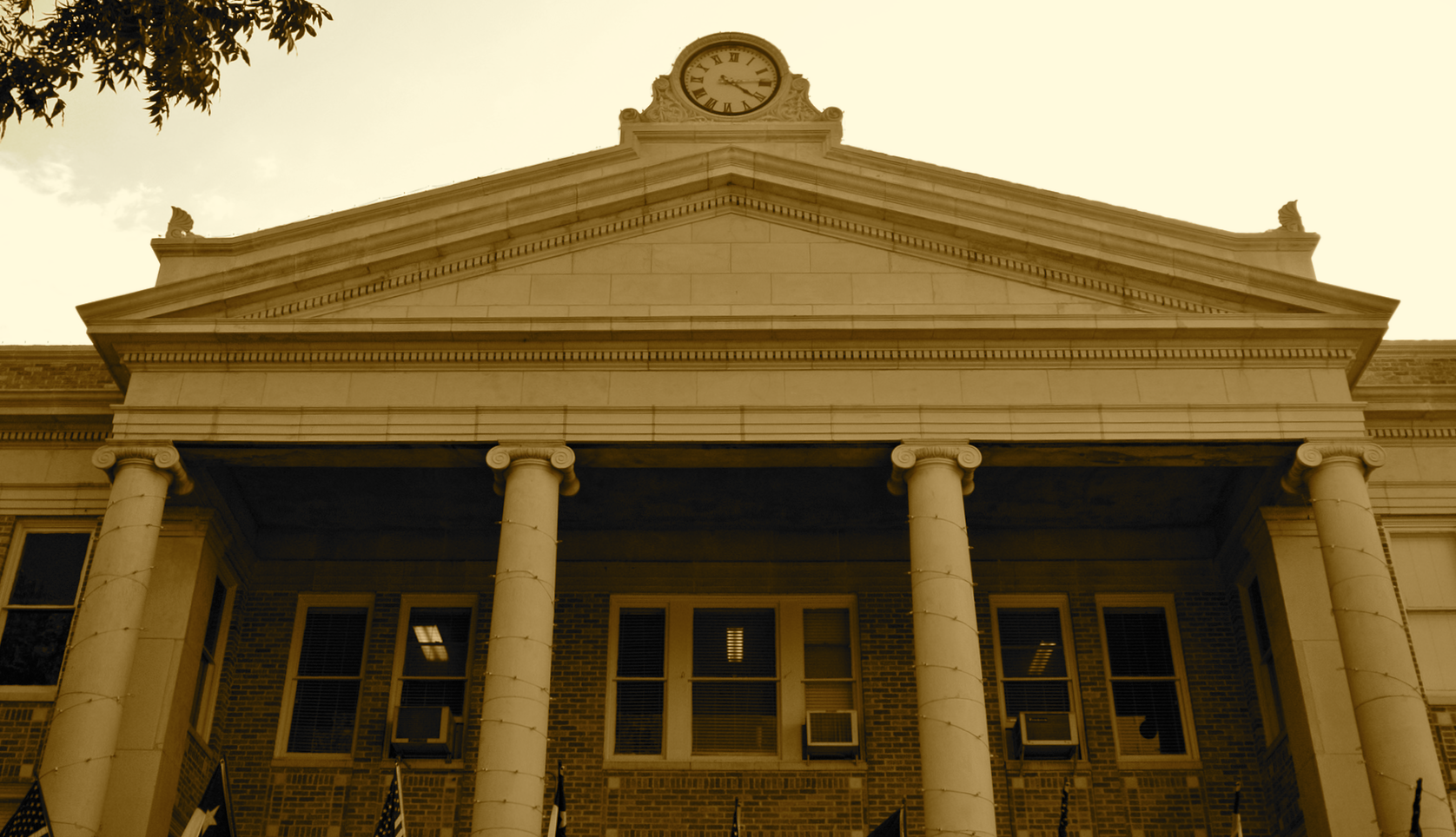 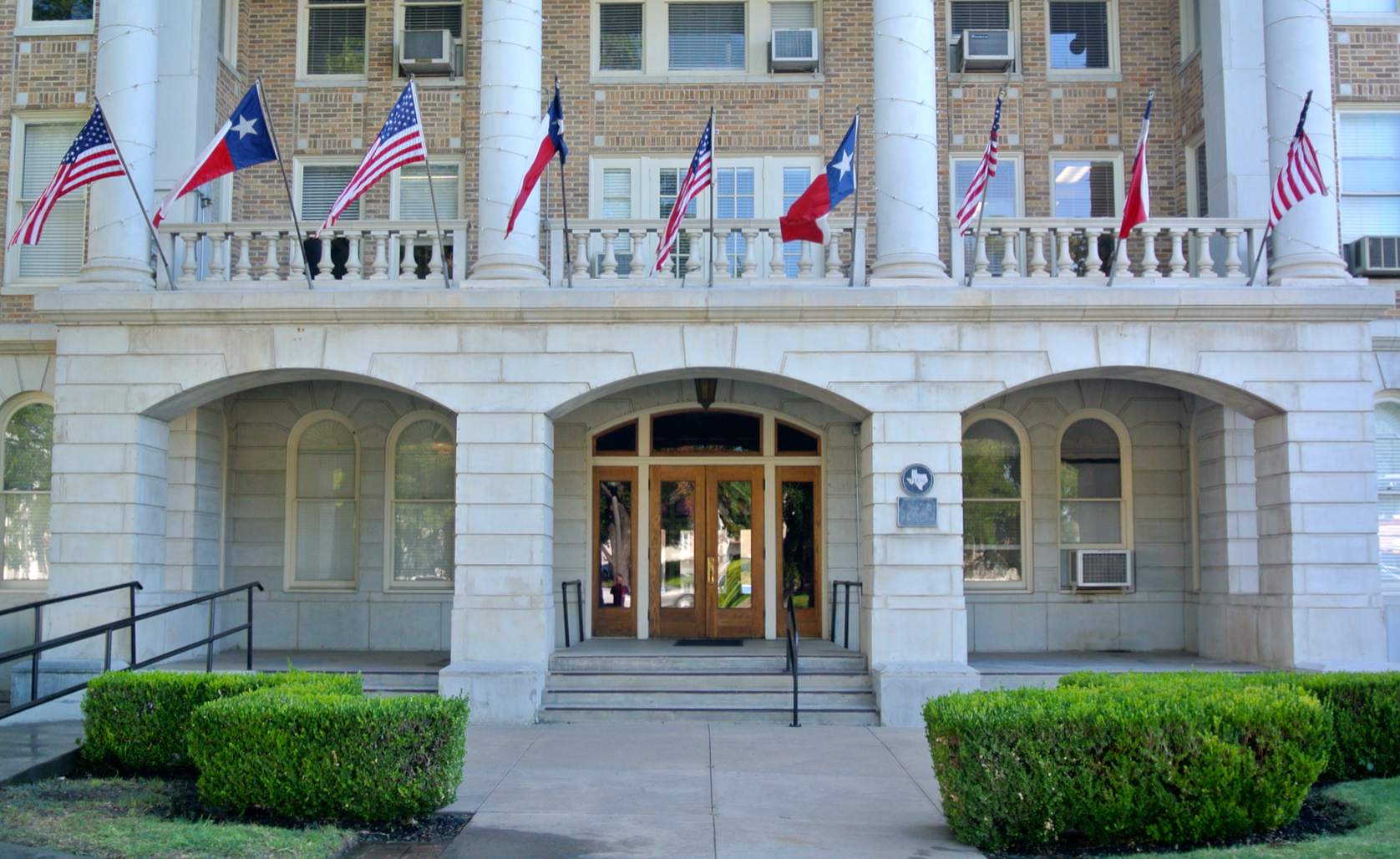 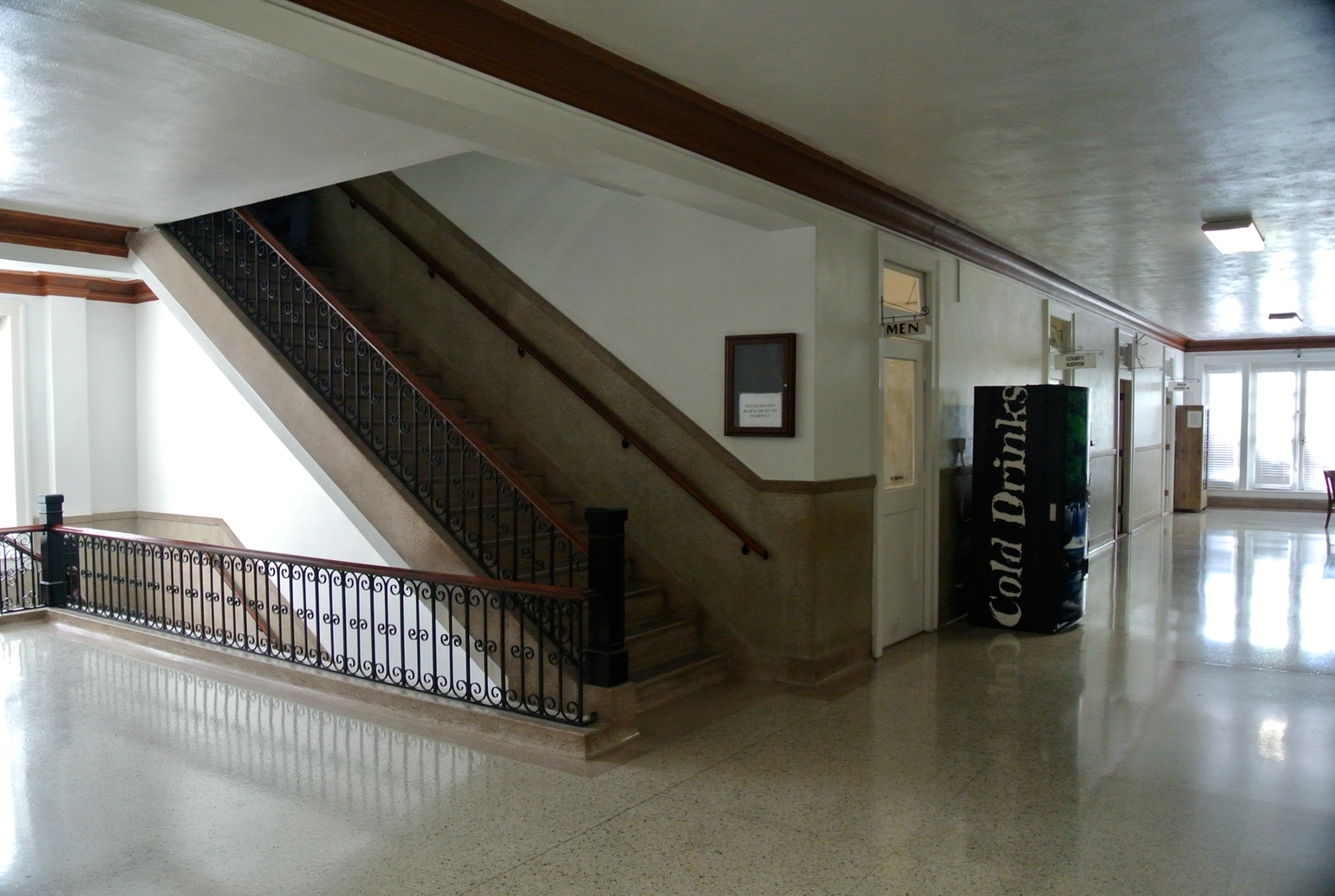 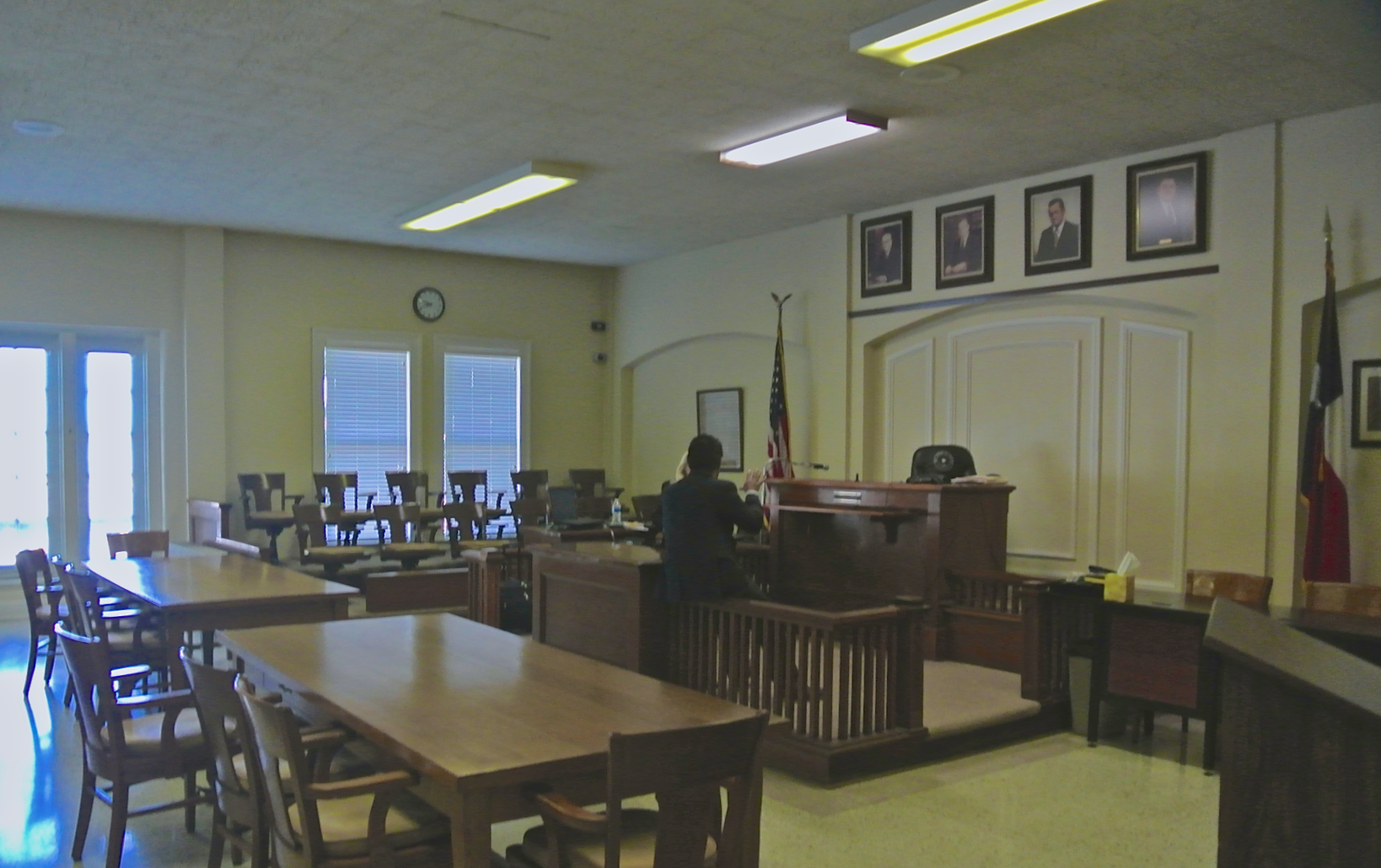 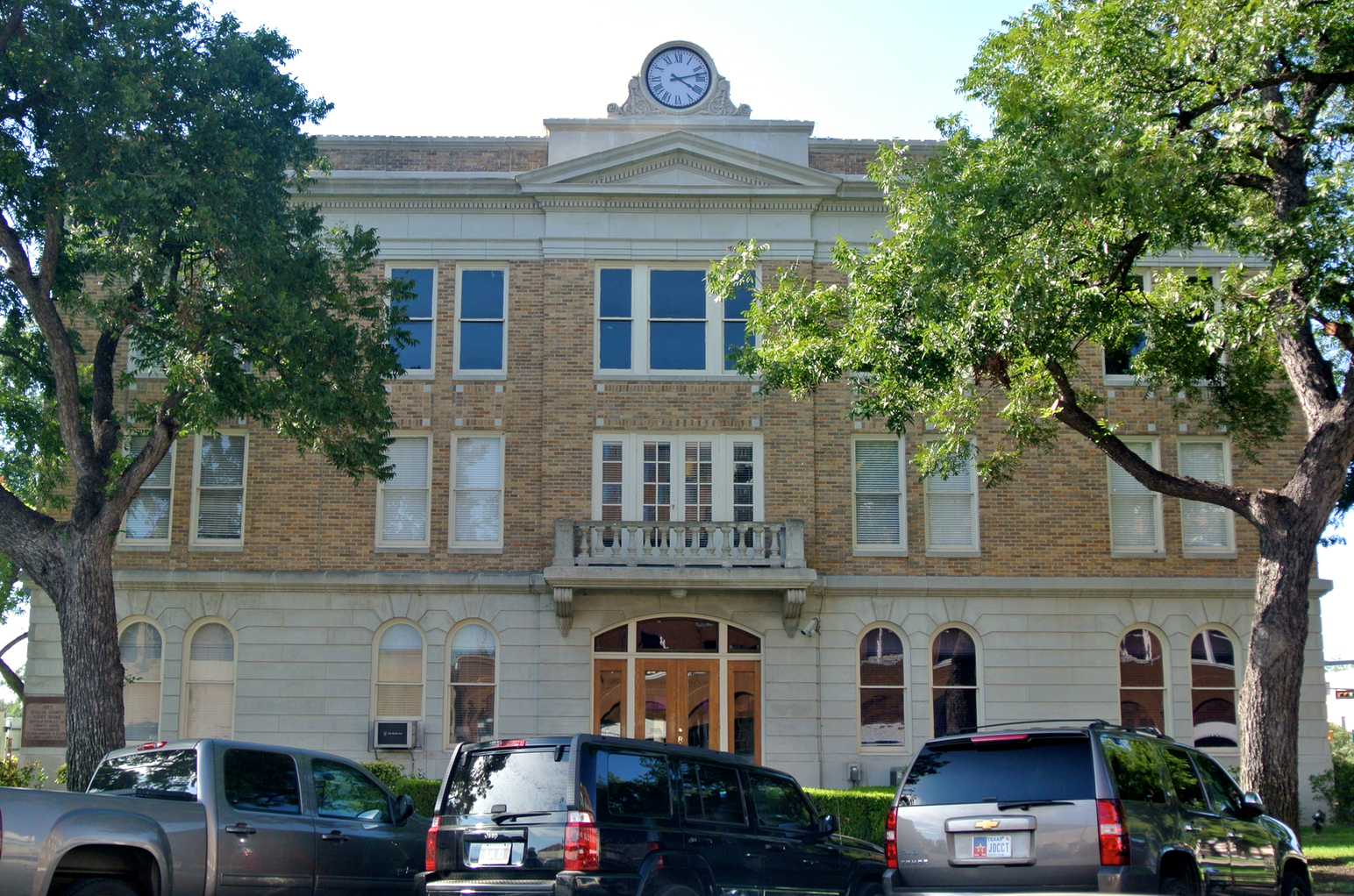 The northern façade, on North Street 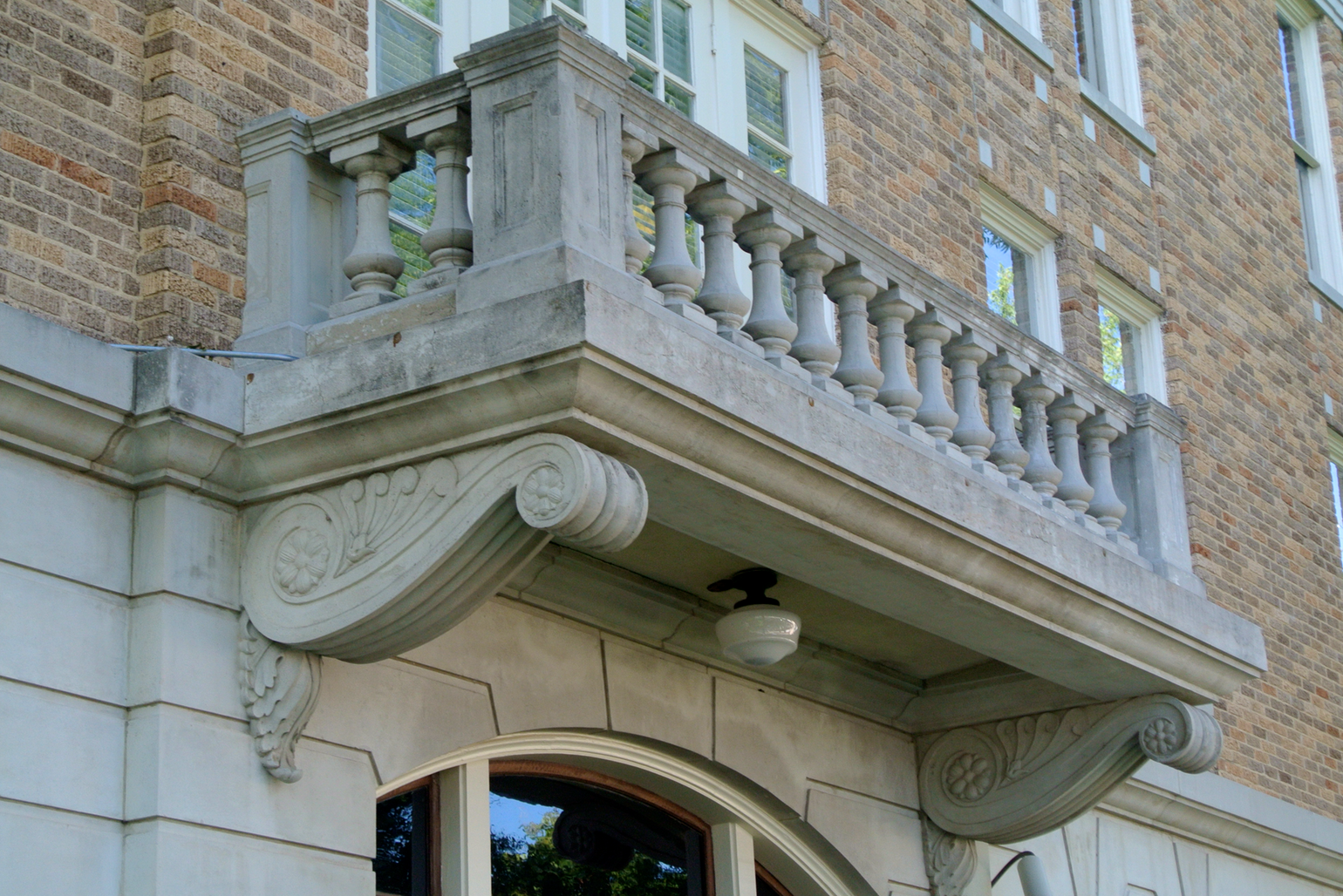 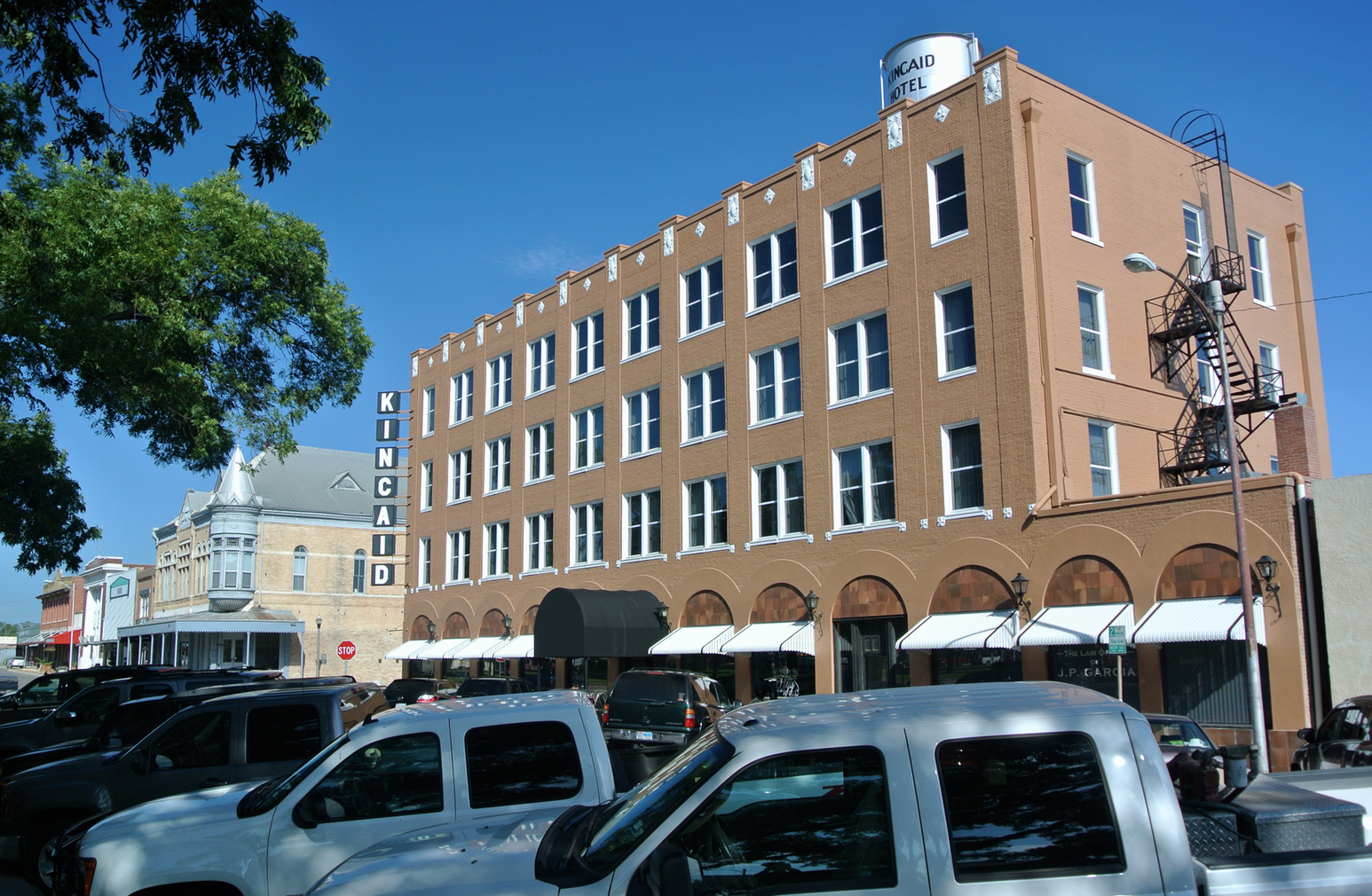 The Kincaid Hotel and North Street 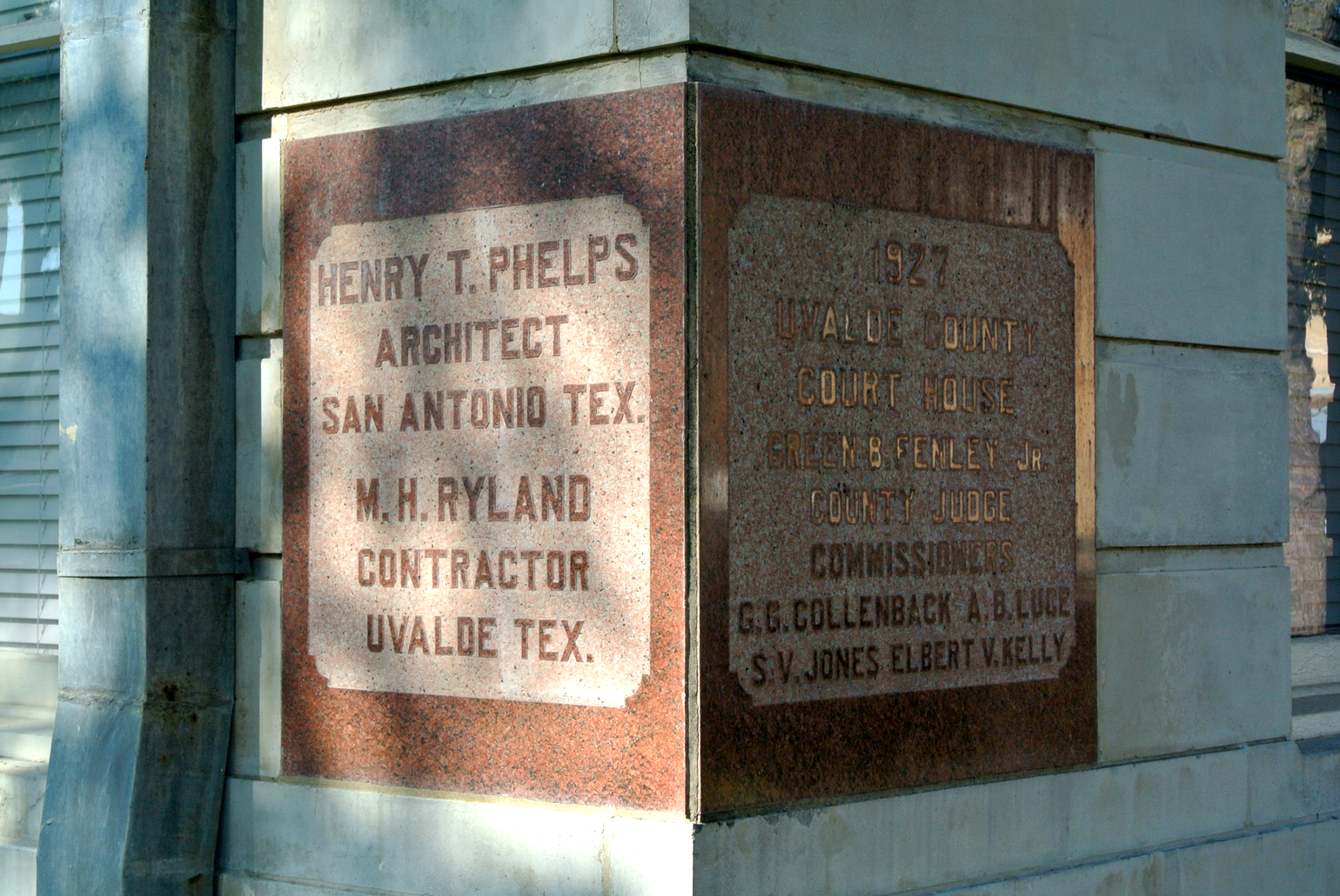 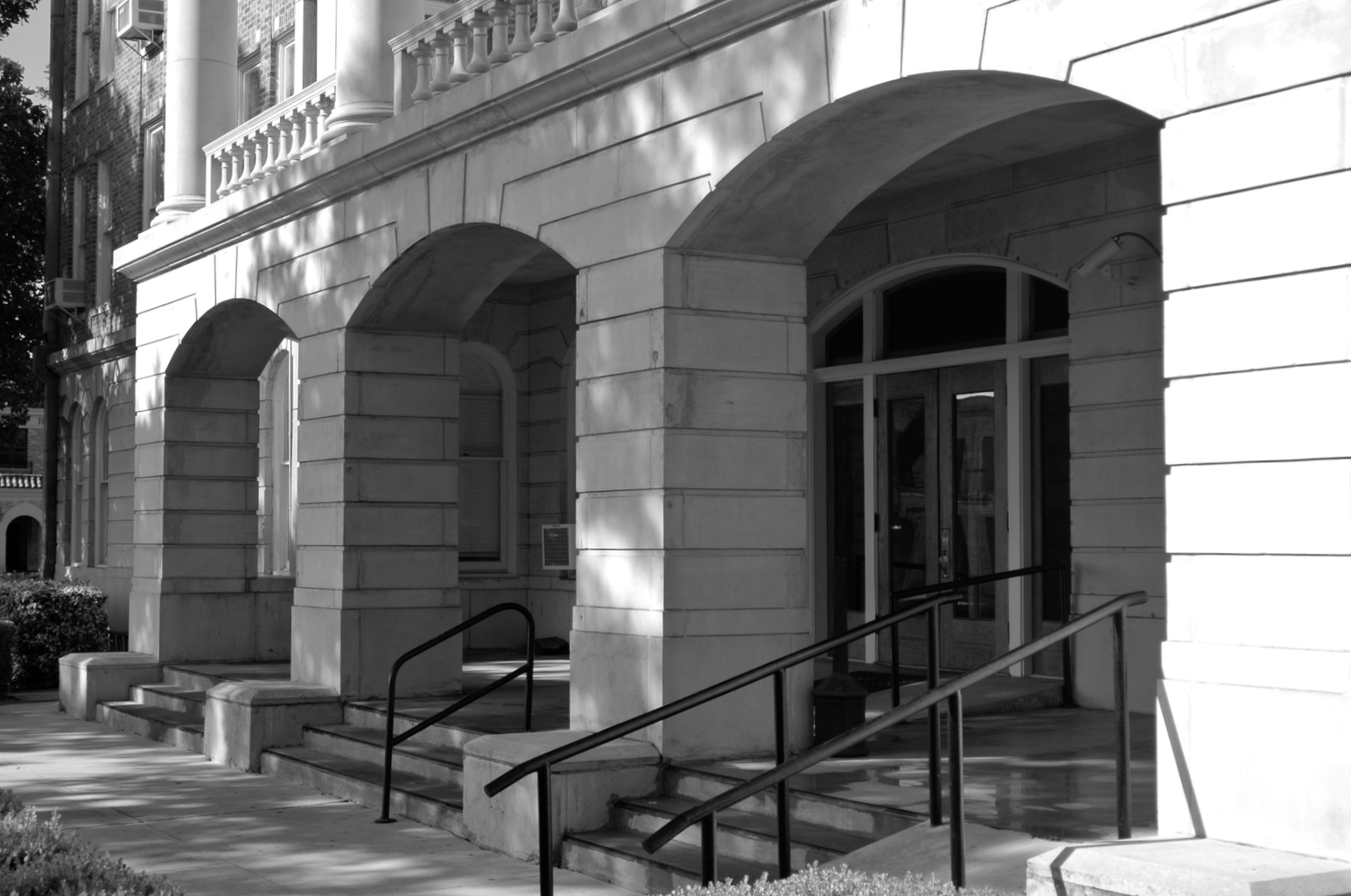 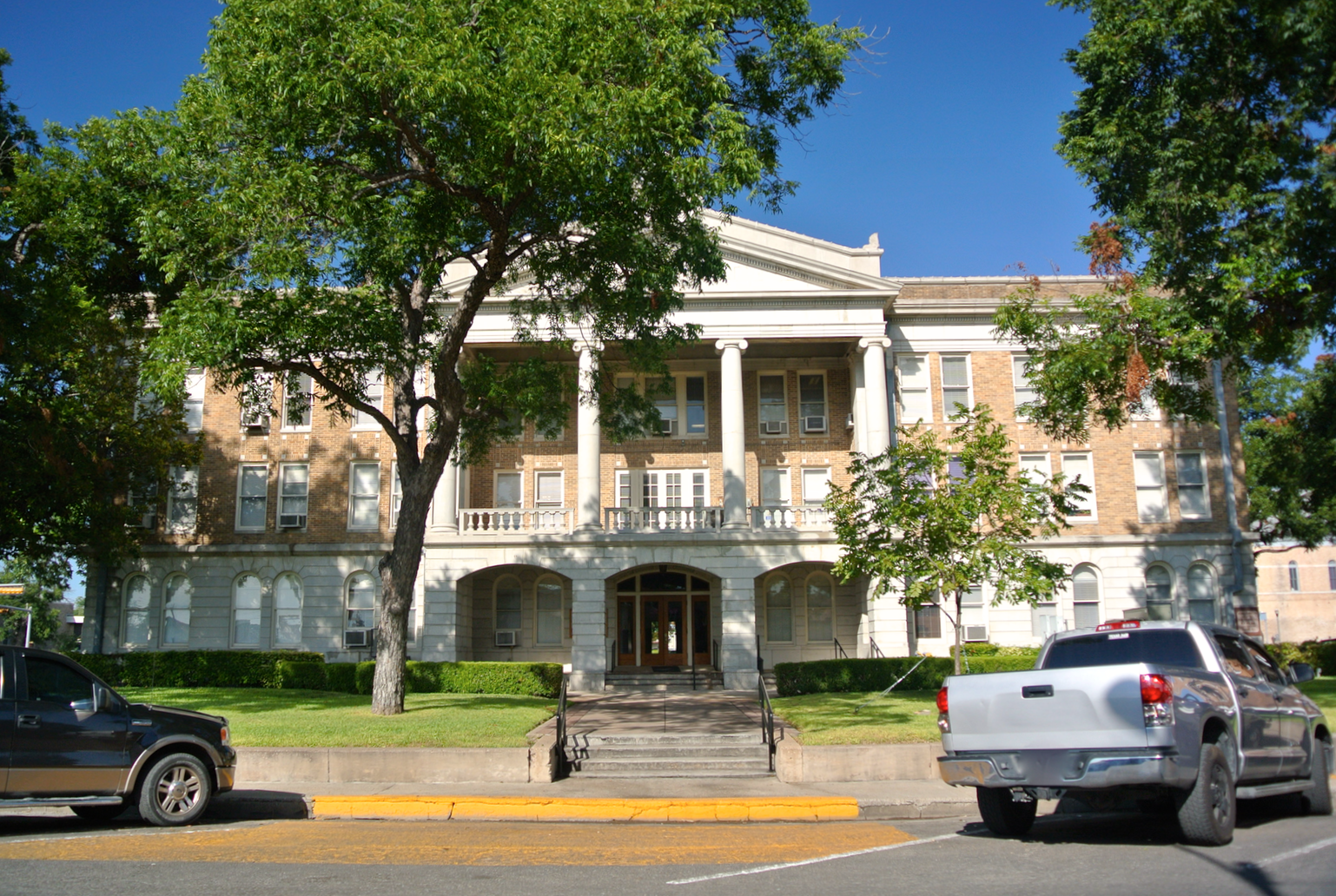 The eastern entrance on the aptly named East Street 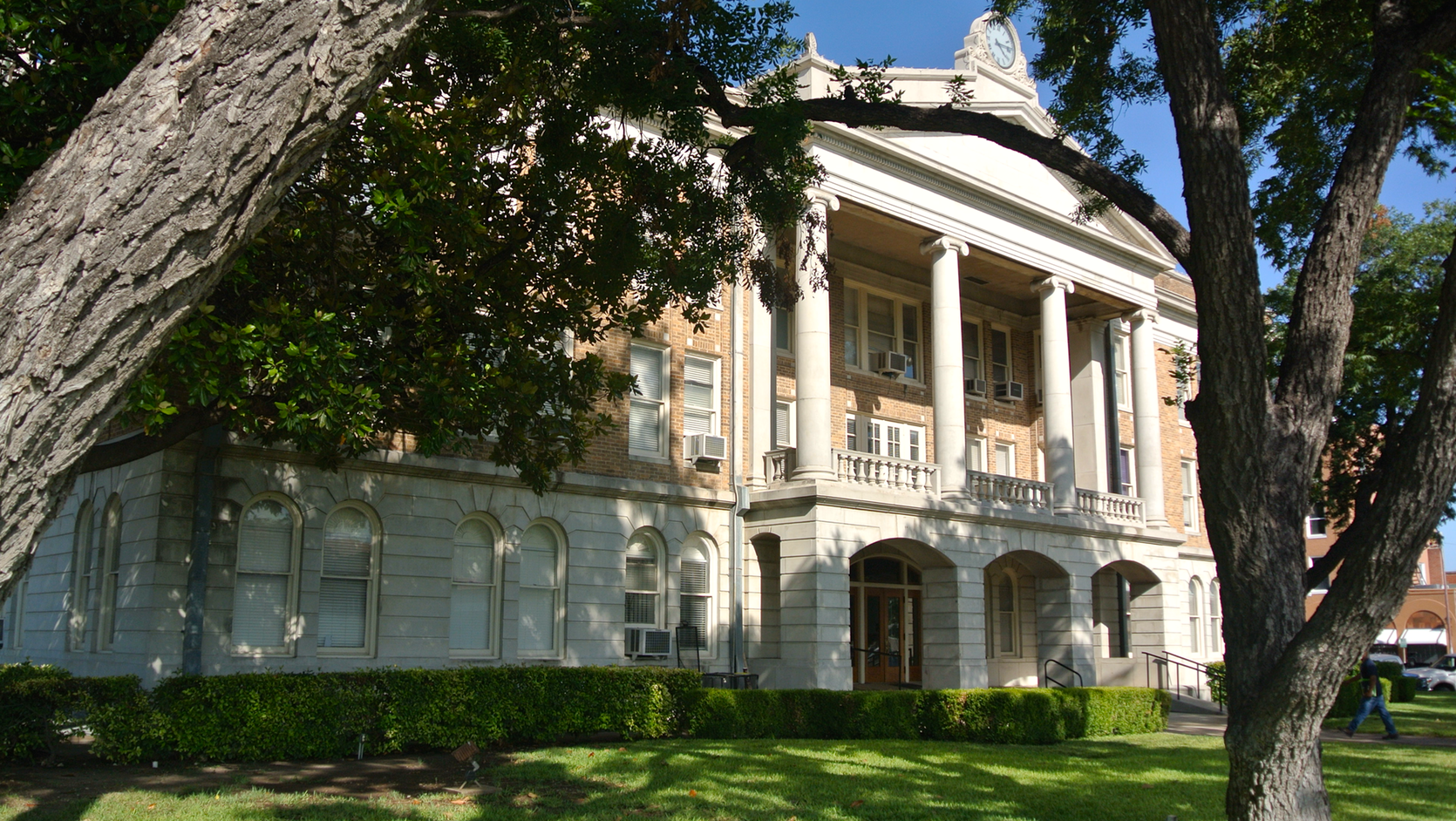 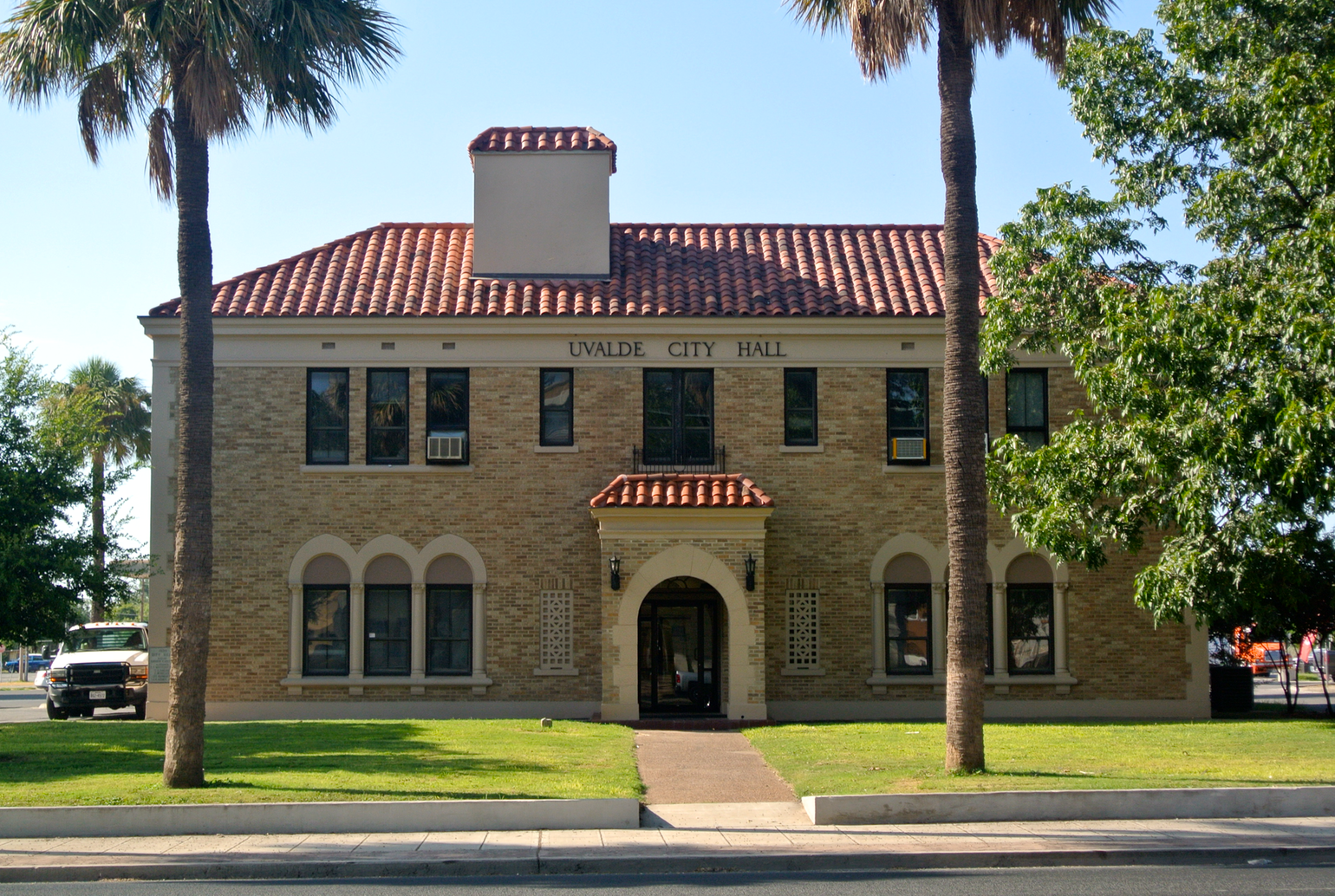 City Hall is south of the courthouse, across Main Street. 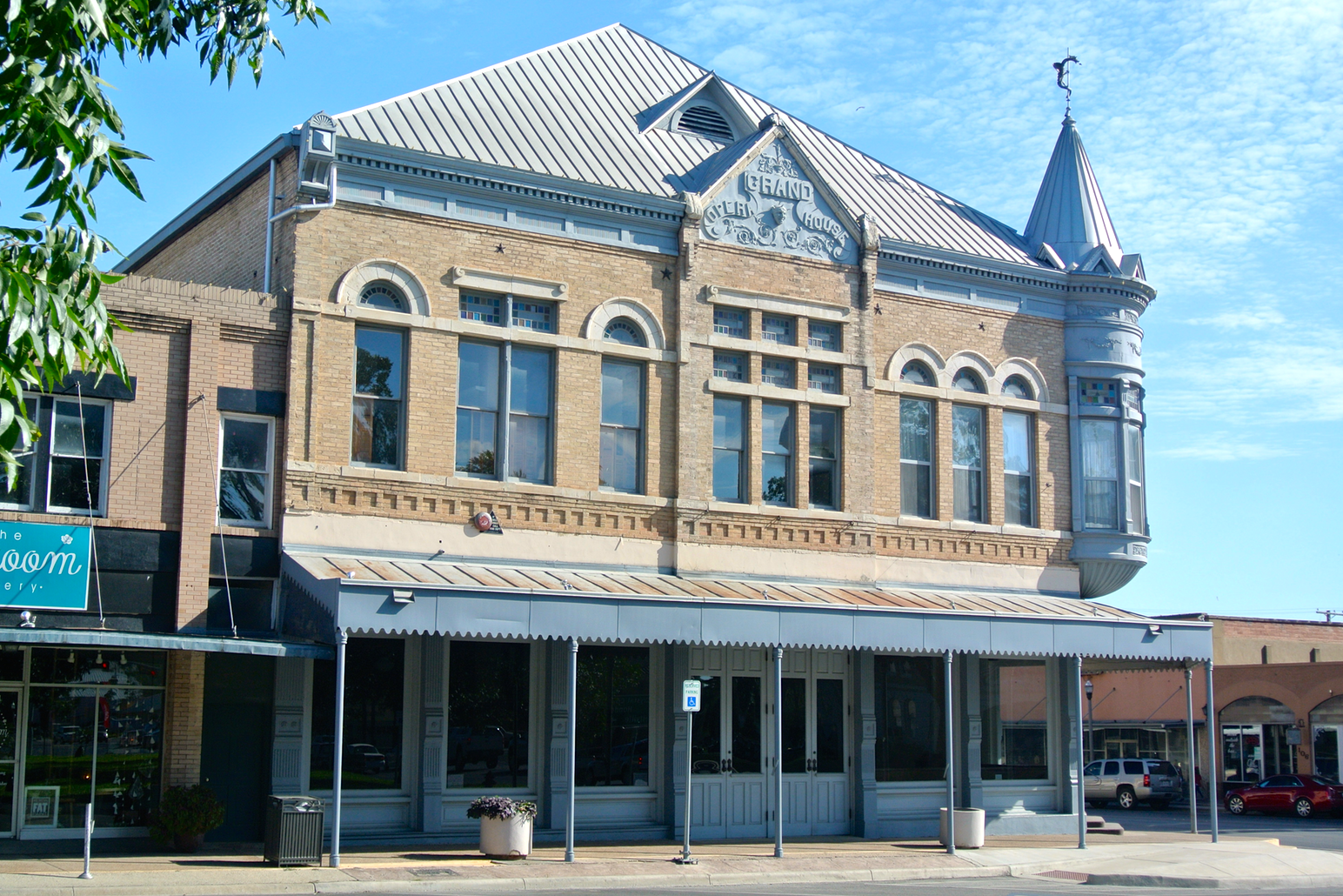 The historic Grand Opera House is at the intersection of North and Getty Streets, diagonally northwest from the courthouse. 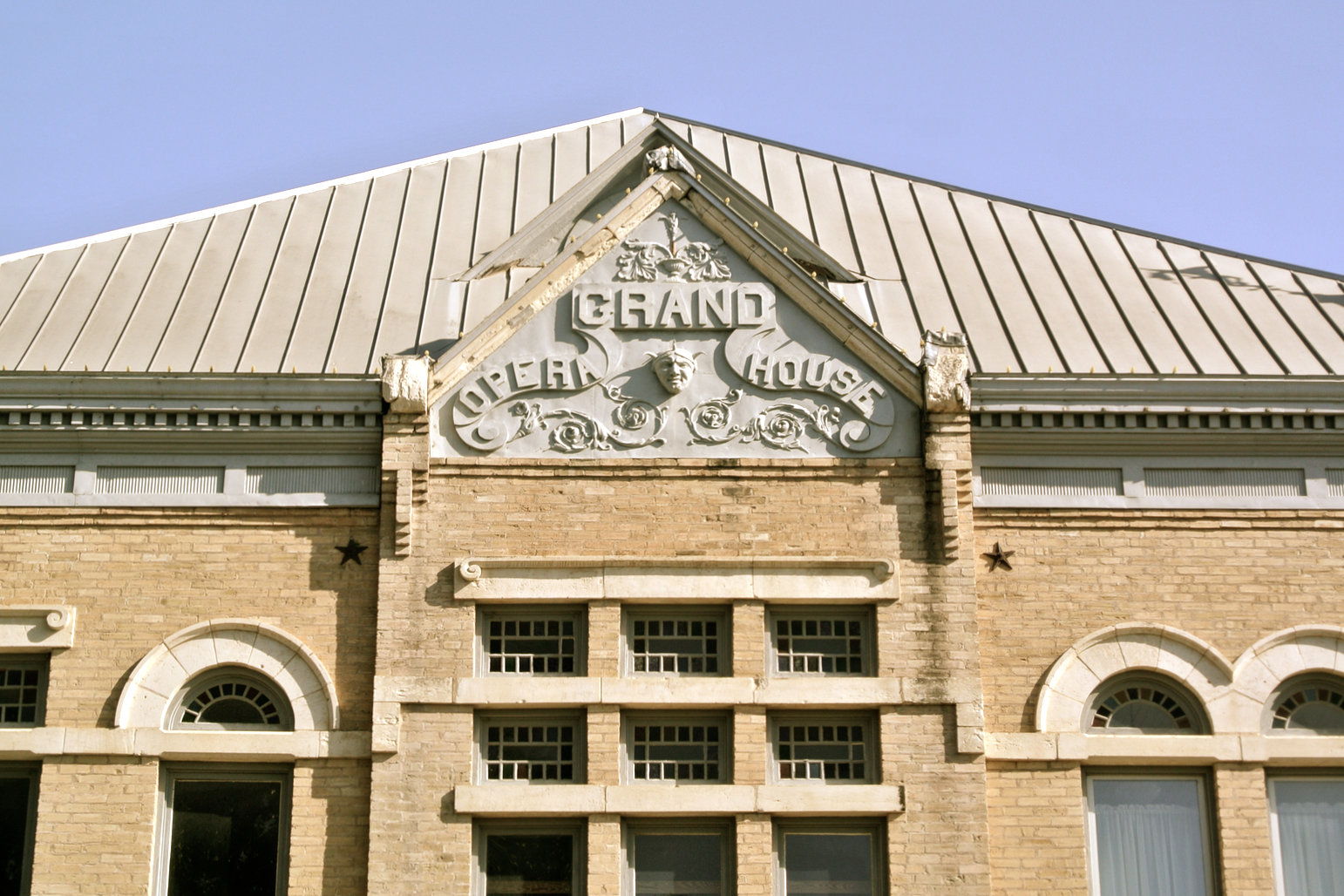 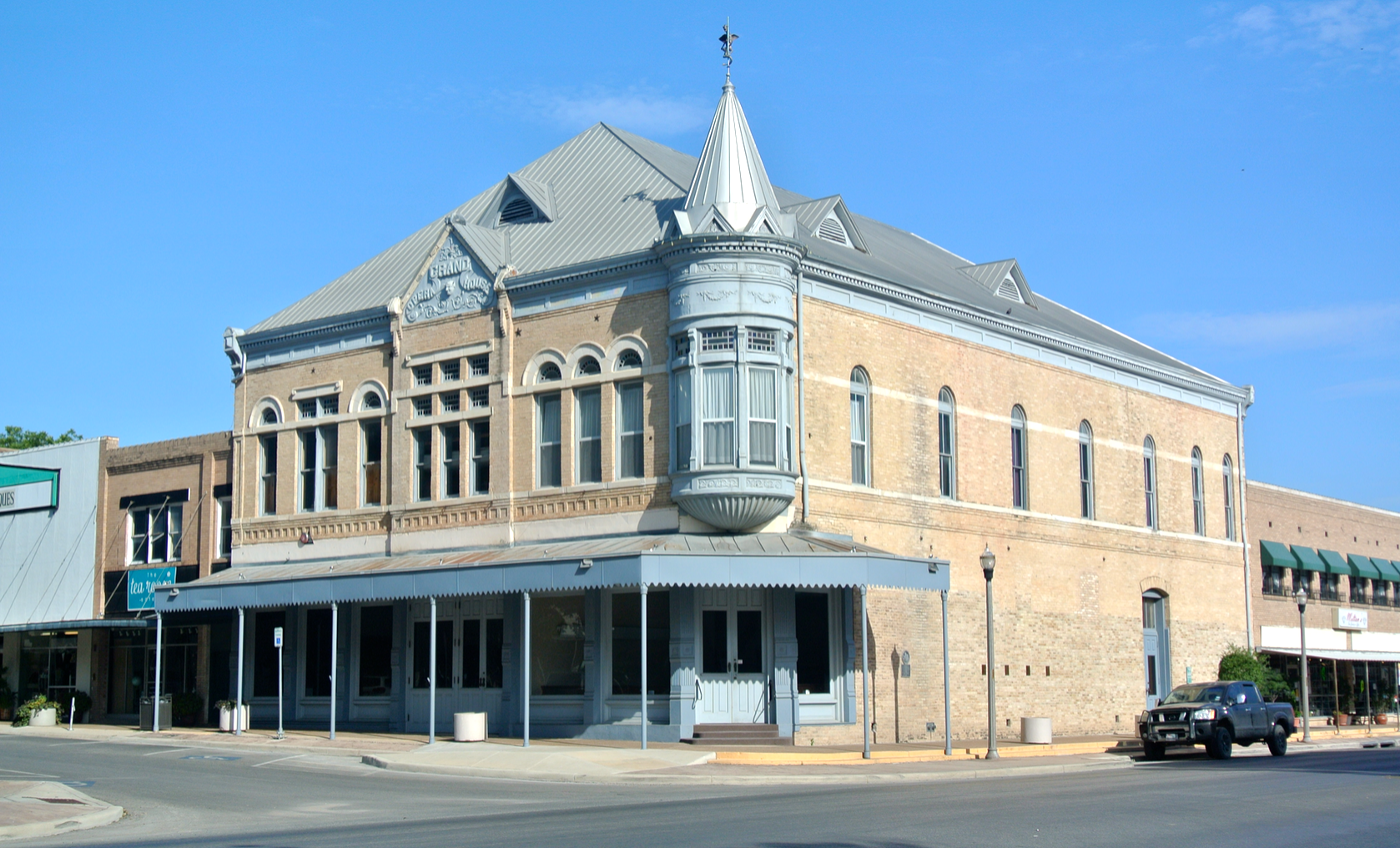