“Andrews County encompasses 1,504 square miles of level, rolling prairieland typical of the southern High Plains. Sandy soils predominate except in the east, where red clay loam is found. The elevation varies from 3,000 feet in the south to 3,400 feet in the north.”

“Angostura type arrowheads discovered by archeologists indicate the possibility of an aboriginal population as early as 6,000–4,000 B.C., but pottery sherds and other evidence establish occupation by the Anasazi people from around A.D. 900. In more recent times the Apaches and Comanches occupied the region, until the United States Army campaigns of 1874–75 cleared the way for white settlement.”

“The county was formed from Bexar County on August 21, 1876, a year after the first detailed explorations made by Col. William R. Shafter from his military base at Fort Concho. The county was named for Richard Andrews, a hero of the Texas Revolution who was killed at the battle of Concepción in 1835. Subsequent boundary alterations occurred in 1902, 1931, and 1932. For administrative purposes the area was placed within the jurisdiction of Shackelford County in 1876, within the Howard Land District from 1882 to 1887, and within the Martin Land District from 1887 to 1891. The area was placed within the jurisdiction of Martin County from 1891 until 1910, when Andrews County was formally organized with Andrews as its county seat.”

“In 1886 O. B. Holt first filed on county lands, although the huge Chicago Ranch, founded by Nelson Morris, a Chicago meat packer, purchased 228,000 acres in the southeastern corner in 1884. The county’s aridity and its lack of surface streams encouraged novel rain-making experiments in 1891 by the United States Department of Agriculture. Sixty mortars charged with blasting powder and thirty kites suspending dynamite loosed their destructive forces at clouds while a number of ten-foot balloons, each holding a thousand cubic feet of oxygen and hydrogen gas were simultaneously discharged.”

“Despite these notable bombardments no rain fell locally, although a copious precipitation to the east and south was, perhaps, a result of the experiment. After the droughts of 1886 and 1887, Nelson Morris introduced windmills to draw ground water until he had seventy-nine of the wind machines spaced on his ranch. Morris also introduced barbed wire drift fences to contain cattle.”

“In the early 1880s the building of the Texas and Pacific Railway through Midland, Midland County, the supply point of Andrews County, gave promise of future growth. The railroad promoted immigration and had millions of acres to offer settlers. But since there was plenty of land in West Texas with better access to transportation than Andrews County, the population grew slowly; the census showed only twenty-four residents in 1890, and as late as 1900 only eighty-seven people lived in Andrews County.”

“By 1910, however, the population was 975, principally farmers and ranchers. Though only 70 acres of farmland had been classified as improved in the 1900 census, by 1910 the census counted 1,105 improved acres; and by 1920 the area was more than 6,000 acres. Almost 2,700 acres was planted in corn, at that time the county’s most important crop. Still, actual cropland accounted for relatively little of the county’s economic activity; ranching, while declining somewhat between 1910 and 1920, continued to dominate the local economy.”

“The terrible drought of 1917–18, World War I, the great influenza epidemic of 1917–18, blizzards, and a drop in cattle prices reduced county population to 350 in 1920. It was clear by this time that much county land was not suitable for farming. Cattle ranchers bought the abandoned lands of disappointed farmers to extend their ranges.”

“During this same decade cotton came to be the single largest crop raised by the farmers of the county. While the number of acres devoted to corn production fell more than 50 percent between 1920 and 1930, by 1930 almost 1,900 acres was planted with cotton. By the 1940s, sorghum had become another leading crop.”

“The 1920s also saw the beginning of oil production in Andrews County. On December 5, 1929, the gusher drilled in the Deep Rock Ogden No. 1 came in. The oil had been tapped at 4,345 feet and flowed in prodigious quantities. While the excitement was general in oil-industry circles and among county residents, who braced for a great boom, prosperity did not come at once. The timing of the new field could not have been worse. East Texas fields were in full production, and the 1929 crash had devastated the market.”

“By 1931 oil was selling for as little as ten cents a barrel. Even at that price the Andrews County oil, of low gravity and heavy in sulfur, would not have sold. Investors declined to build a pipeline into the county until 1934, when J. W. Tripplehorn bought up leases, began drilling, and encouraged Humble Oil Company (later Exxon Company, U.S.A.) to lease other lands and to build a pipeline. Though five new oilfields drilled during the 1930s continued local petroleum development, the industry did not really boom in Andrews County until the 1940s, when twenty-six new fields were discovered.”

“Extravagant drilling efforts during this time added an entirely new dimension to life in the county, as thousands of people traveled to the area seeking jobs in the oilfields and service industries. The population of Andrews County rose from 1,277 in 1940 to more than 5,000 in 1950, and with the growth came housing problems and overcrowded conditions in Andrews, which, like the rest of the county, experienced unprecedented growth and prosperity thanks to the oil boom.”

“Communities include Andrews, McKinney Acres (population, 927), and Florey (25). Prairie Dog Town and the Oil Museum are two of the county’s most popular tourist attractions.” 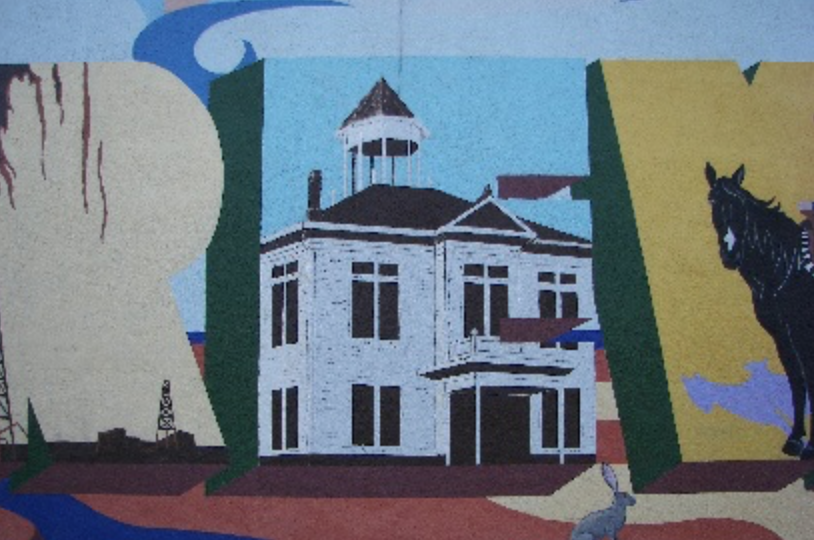 Andrews County was organized in 1910, and for the first year of its government’s existence, court was held on the top floor of the Andrews State Bank. The area’s first official courthouse was constructed in 1911 as a two-story, wooden frame building located nearly one mile from the current courthouse grounds. It served into the 1930s, but eventually caught fire and burned to the ground. 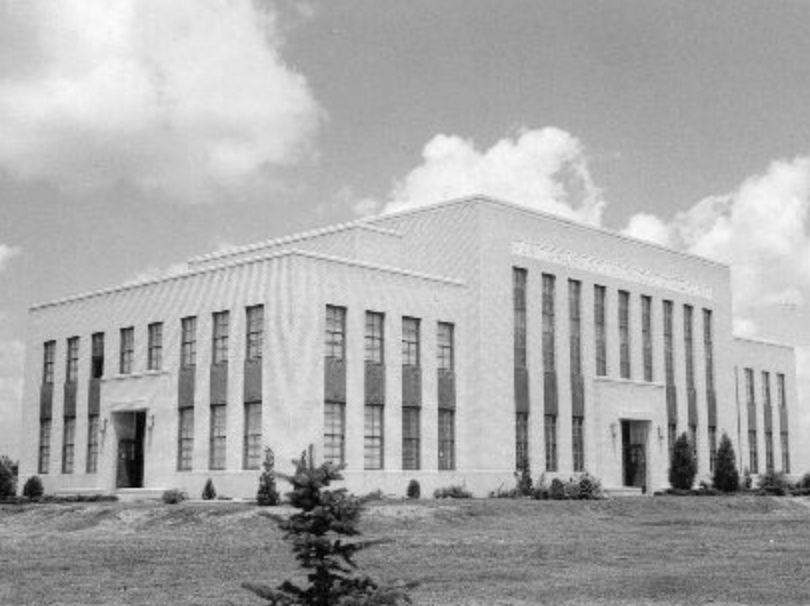 Above is an image of the courthouse circa 1940. This is the original look it possessed in the first year of its existence: a sleek, Moderne construction courtesy of the curiously-named architect W.T. Strange. The Texas Historical Commission calls it a:

“[S]imple, concrete and brick building made up of rectilinear boxes of varying heights[:] one, two, and three-story sections with tall, narrow openings in the brick walls for fenestration. The lines are straight and simple with square corners and flat roof[.]“

Successive renovations have altered its appearance a great deal. The original design you can see in the 1940 photograph shows the courthouse facing slightly northeast, on a slight northwest-southeast axis, towards what is Main Street / US Highway 385 today.

At some point in its existence, an additional entry structure was built along the eastern façade, obscuring the entrance visible in the TxDOT photo. In 1955, a massive annex was attached to the western, back side of the building. This space now dominates most of the extant courthouse, containing many county offices and the Andrews County Sheriff’s Office & Jail. Other remodeling projects were also undertaken between 1976 and 1977, but it’s not immediately clear what they changed. 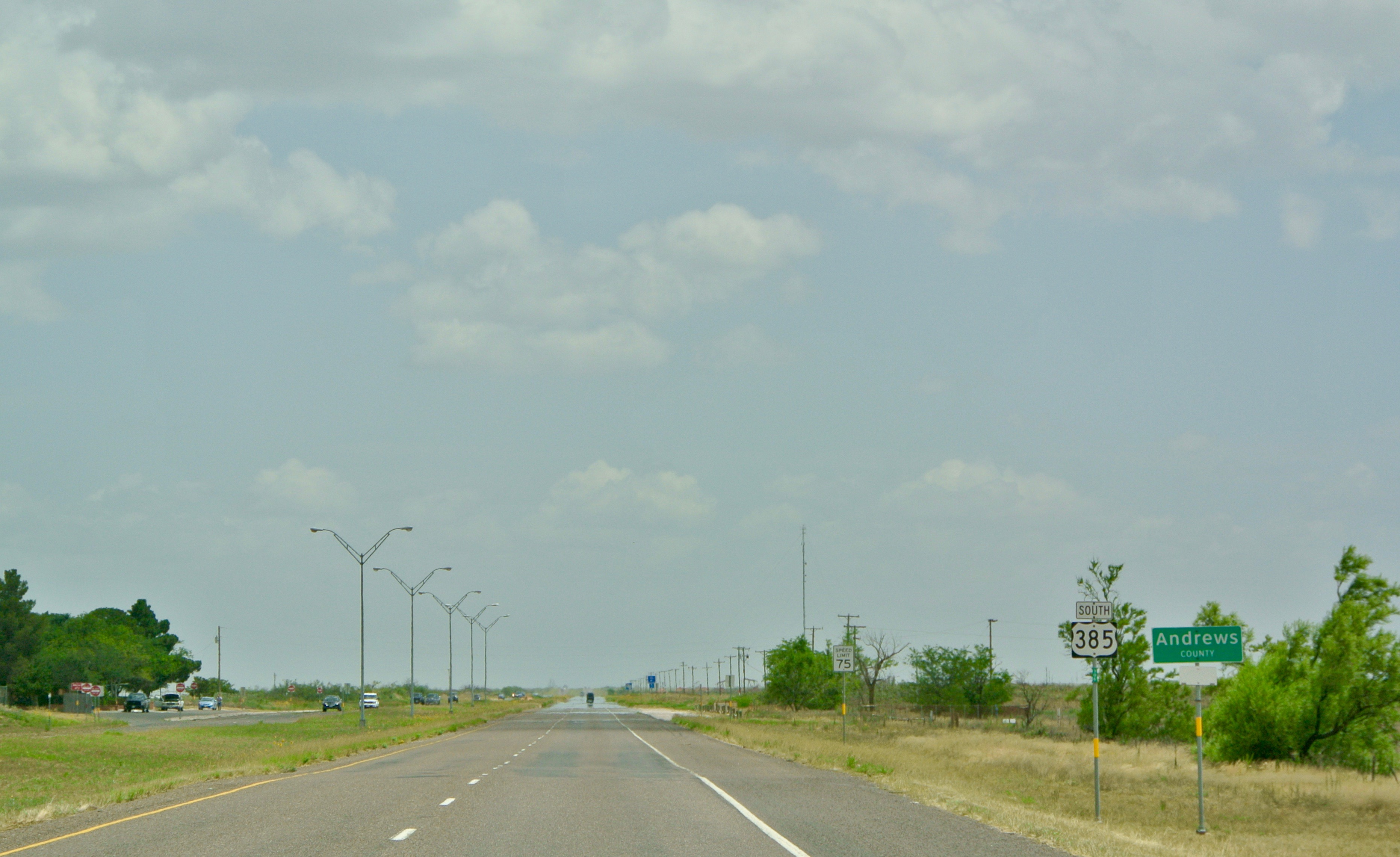 The southeast corner, facing the intersection of Highway 385 (Main Street) and Avenue A

The entryway on the right was added later. The original building can be see peeking out from behind it.

This is the main entrance of today, facing Highway 385.

Here’s the view, not from the main doors, but from a nearby path on that side of the building.

A proper monument to the area’s long history with the oil industry stands there.

Also nearby is a memorial to Pinto, a longtime partner and friend of the Andrews Sheriff’s Office.

A look inside to see the Thirties-style interior

The northern façade, facing slightly northwest on Avenue B

The view from the Sheriff’s Office wing of the courthouse

That’s the Andrews County Annex you can see.

This part of the courthouse is the large addition constructed in 1955.

The southern doors, facing slightly southeast on Avenue A 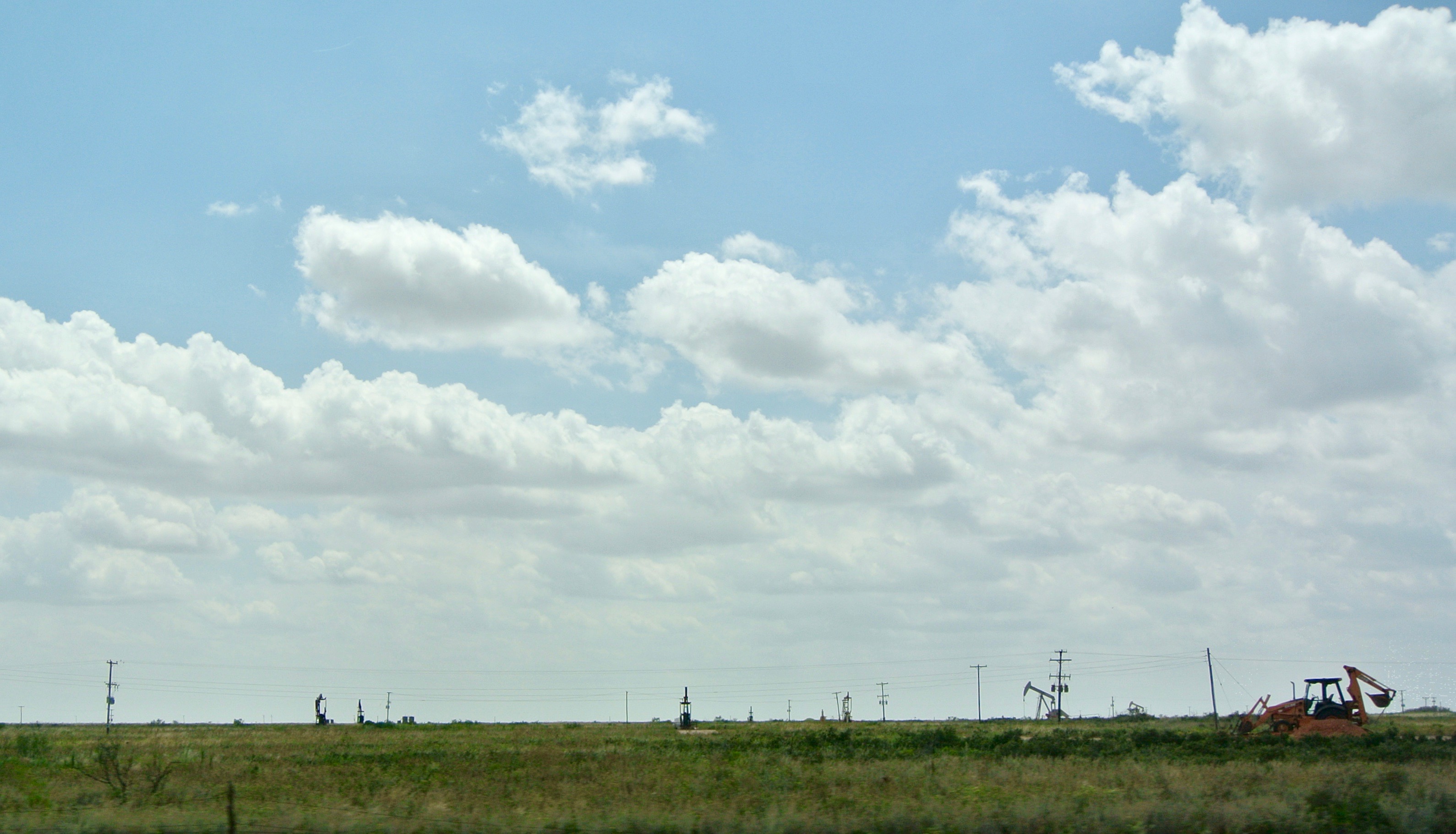 En route to Andrews from Seminole