“Brooks County comprises 942 square miles of brushy mesquite land. The elevation ranges from 100 to 400 feet. The nearly level to undulating soils are poorly drained, dark and loamy or sandy; isolated dunes are found. In the northeast corner of the county the soils are light-colored and loamy at the surface and clayey beneath. The vegetation, typical of the South Texas Plains, includes live oaks, mesquite, brush, weeds, cacti, and grasses.”

“Although land grants in the Trans-Nueces region were made as early as 1767, it was not until the 1800s that an effort was made to introduce colonists into the territory that became Brooks County. About twenty-five land grants were made in the Brooks County area by the Spanish and Mexican governments. The earliest, the San Salvador del Tule grant, was given to Juan José Ballí on November 8, 1797.”

“Between the Texas Revolution and the end of the Mexican War, Brooks County lay in the disputed territory between the Rio Grande and the Nueces River. During these conflicts many of the original grantees fled to Mexico, and much of the area was occupied only by wandering vaqueros. Gradually, with the cessation of hostilities, some families returned, but frequent droughts and lack of transportation discouraged permanent settlement.” 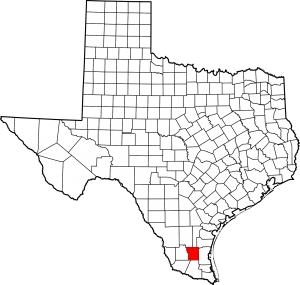 “Initially, the advent of these settlers did not alter the region’s economic or social character. Most of the newcomers were ranchers, and many of them married into the most prominent families and adopted the existing social code. As a result, the Brooks County area remained largely Hispanic in character, and many of the original Hispanic rancheros were able to hold on to all of their land and to dominate the local political scene into the early 1890s.”

“The situation began to change with the arrival of Edward C. Lasater, who moved to the area in the early 1890s and quickly emerged as the dominant figure in the county. In 1895 Lasater set up headquarters a few miles south of the present site of Falfurrias at the north entrance to the lower Rio Grande valley and gradually accumulated more than 350,000 acres in the area, including much of what became Brooks County. The same year he purchased 7,000 cows from the Kenedy Pasture Company and soon built up his herd to one of the state’s leading cattle breeders.”

“In 1911, after several years of effort, Lasater, with the help of State Representative John Abijah Brooks, succeeded in having Brooks County separated from Starr County, with Falfurrias as the county seat. The initial plans were to name the new county Falfurrias County, but in the end it was decided to name it Brooks in honor of John Brooks, who worked diligently for its formation.

“Ironically, in the early 1910s, a different faction of ranchers in western Brooks County lobbied to have its own county formed to break free of Lasater’s influence. As a result, in 1913 Jim Hogg County was carved out of 990 square miles of Brooks County, and Brooks County assumed its present dimensions.”

“Between 1900 and 1940 the economy of Brooks County was predominantly based on ranching. In 1906 E. R. Rachal planted the first citrus trees, marking the introduction of the citrus industry into Brooks County. Freezes, droughts, and other pests, however, kept the industry from growing, and citrus fruit has remained of minor importance.”

“Oil, discovered in the county in 1935, helped some cash-poor farmers to settle longstanding debts and survive the depression years, but not until the early 1940s did the economy began to recover fully.”

“The agricultural scene changed little between 1940 and 1970. The principal industry remained cattle raising, with the main emphasis on breeding and dairying. Although farming occupied 796,388 acres in 1959, only 8,321 acres was used for crops, mostly cattle feed. Cotton farming was introduced on a small scale during the 1950s, and in the 1960s commercial truck farming began to grow in importance.”

“In the early 1990s Brooks County was among the leading producers of watermelons and honeydew melons in the state, and it was a major source of fresh market vegetables.”

I was the guest of Falfurrias and Brooks County on August 12, 2014. 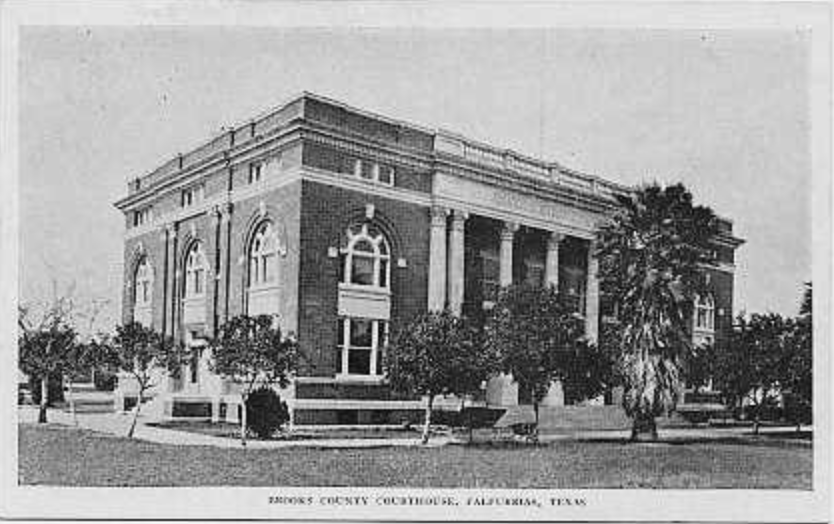 As Brooks County wasn’t even organized until the twentieth century, this is their first and only courthouse. This brick building was designed in the Classical Revival style, which includes “terra cotta classical details”. The plans were drawn up by none other than Alfred Giles, who had work in nearby Webb County as well. The contractors were Westlake & Mizell. 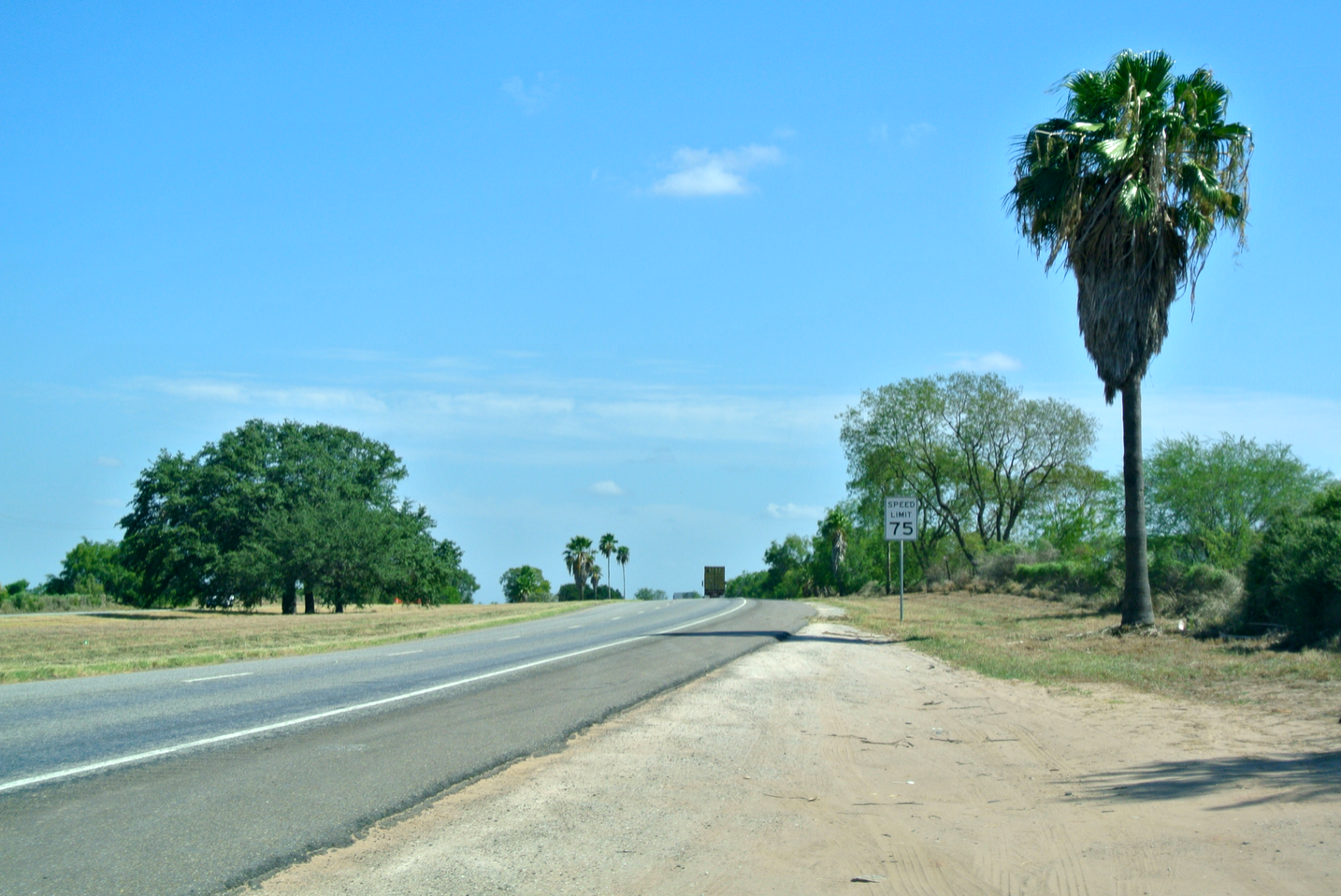 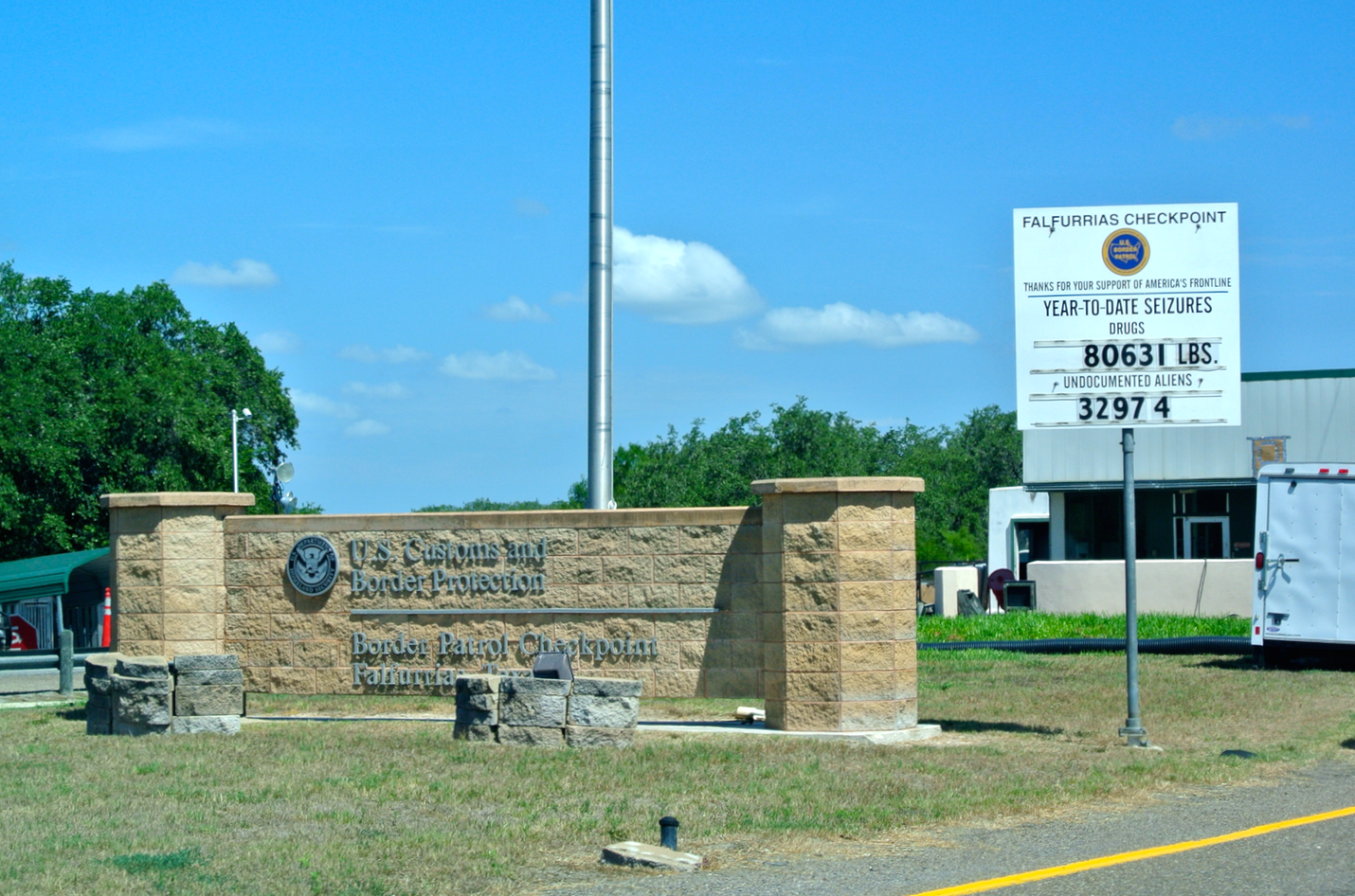 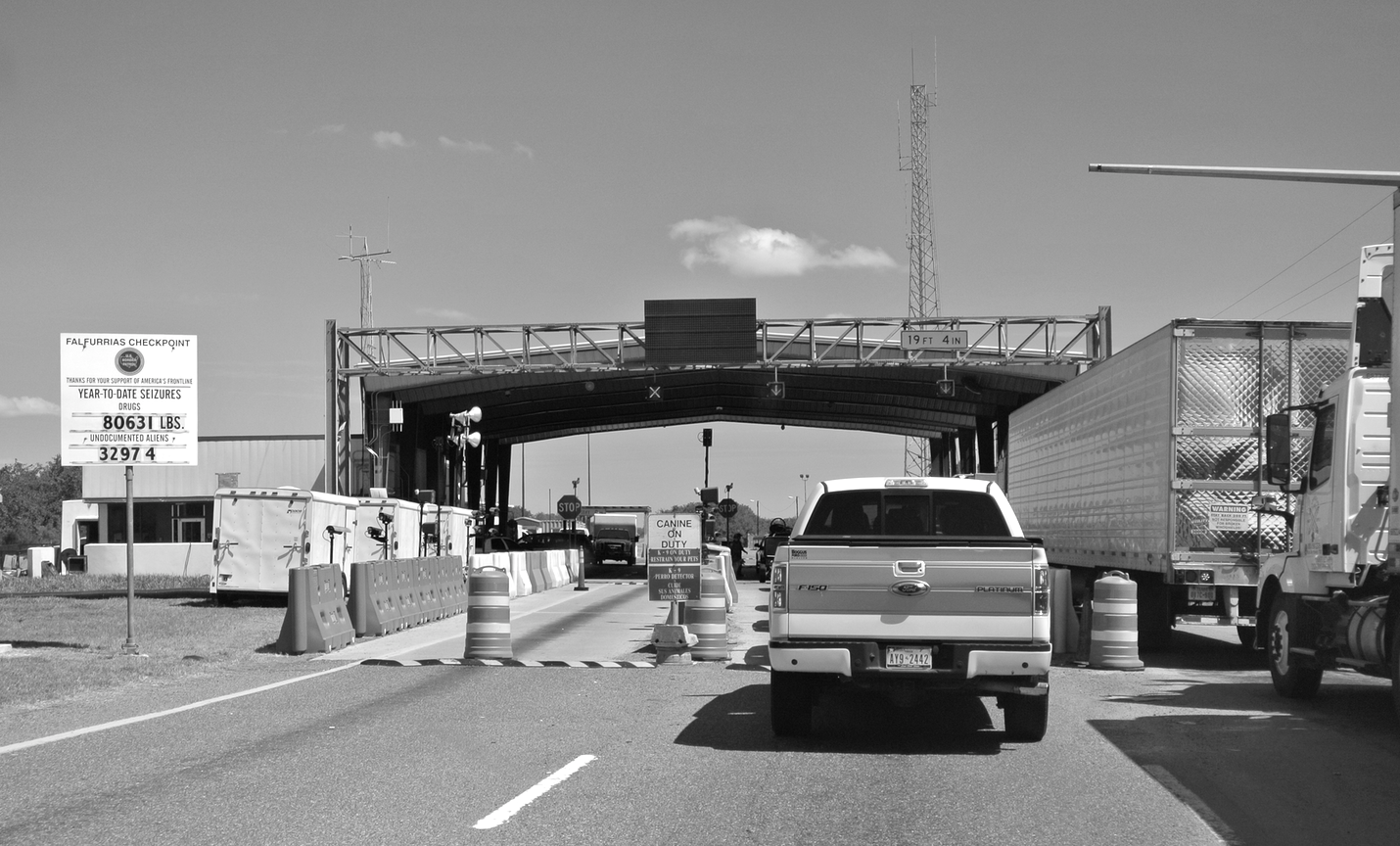 Once in the city, you can visit the restored and beautiful courthouse Brooks County Courthouse. 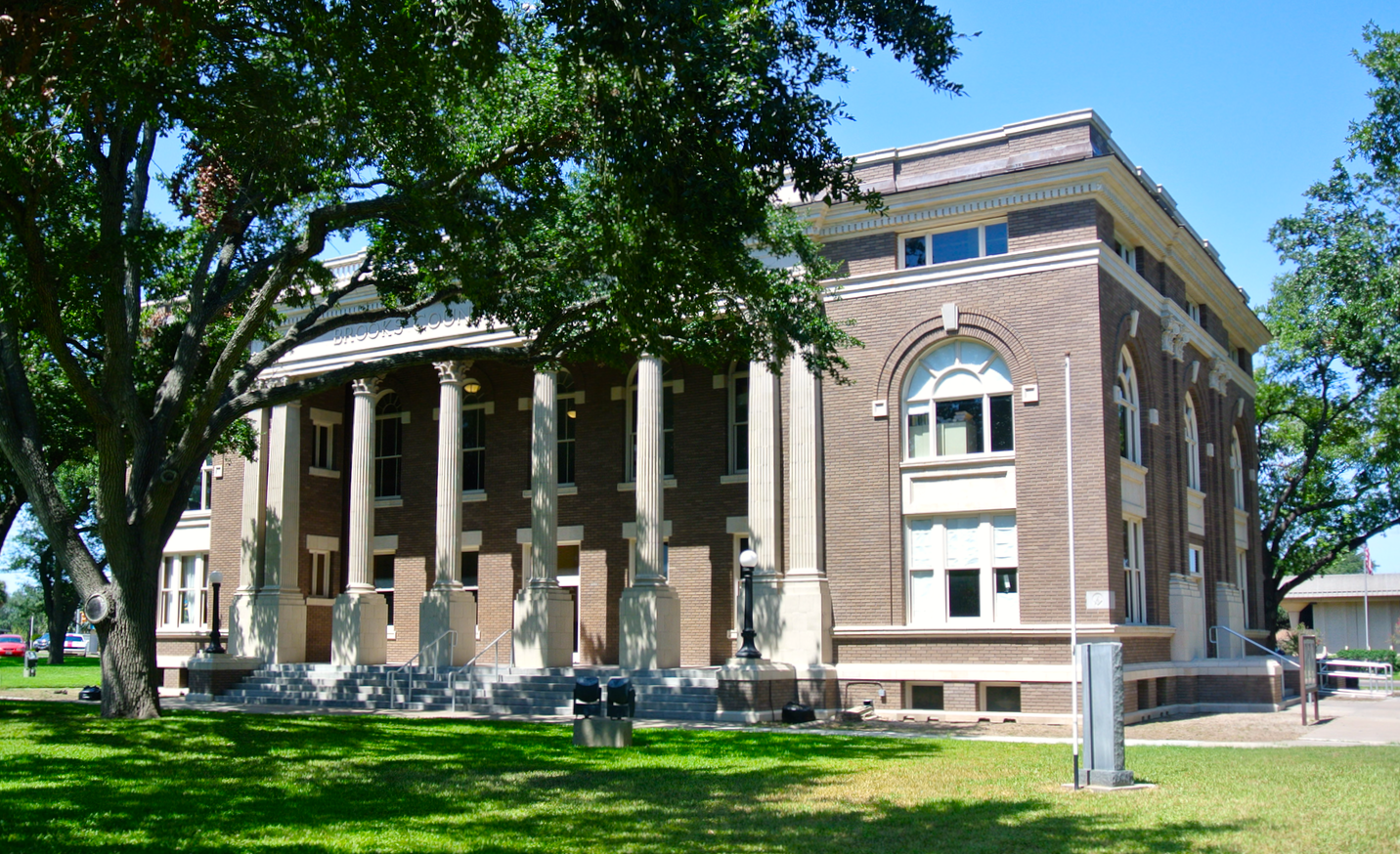 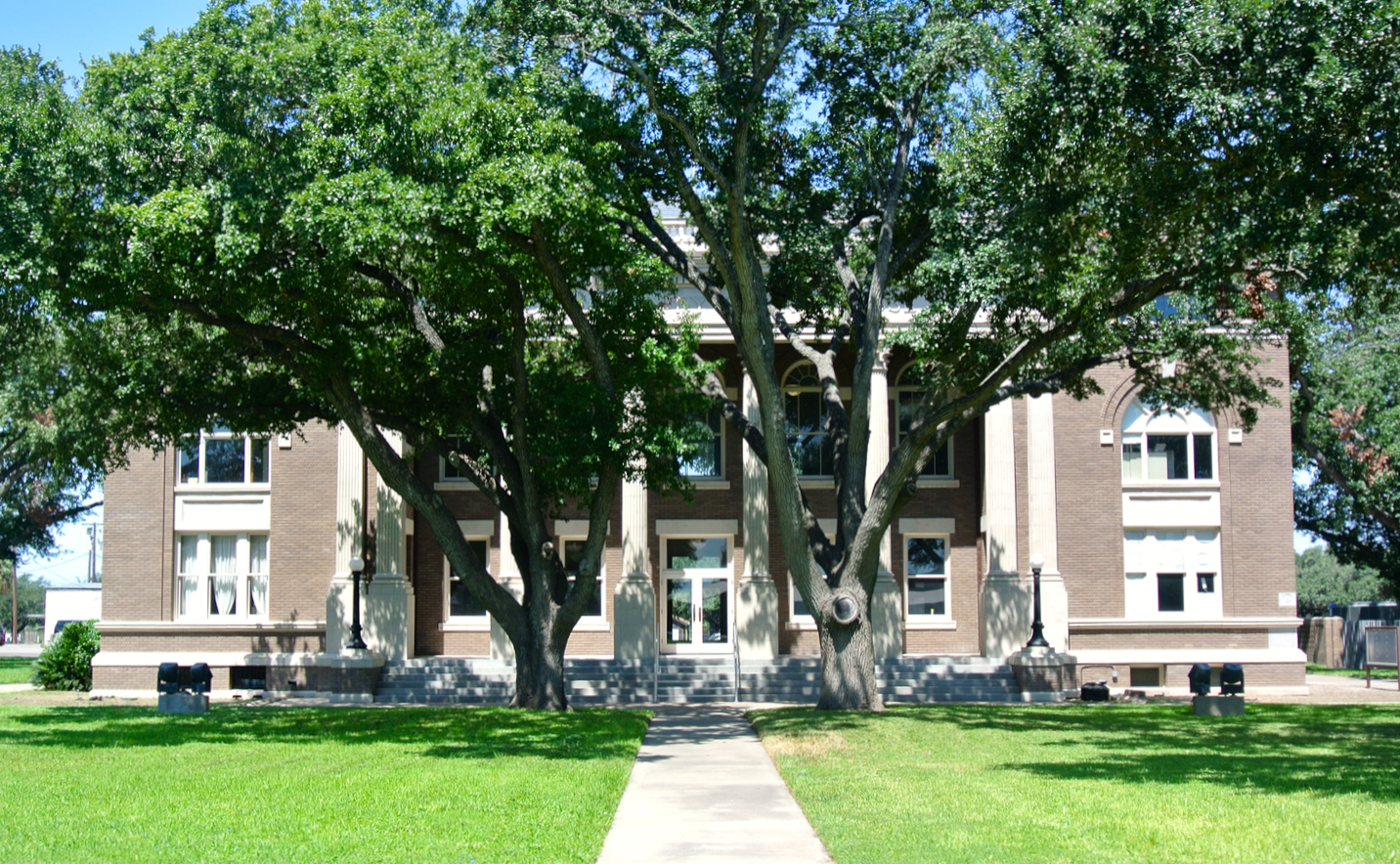 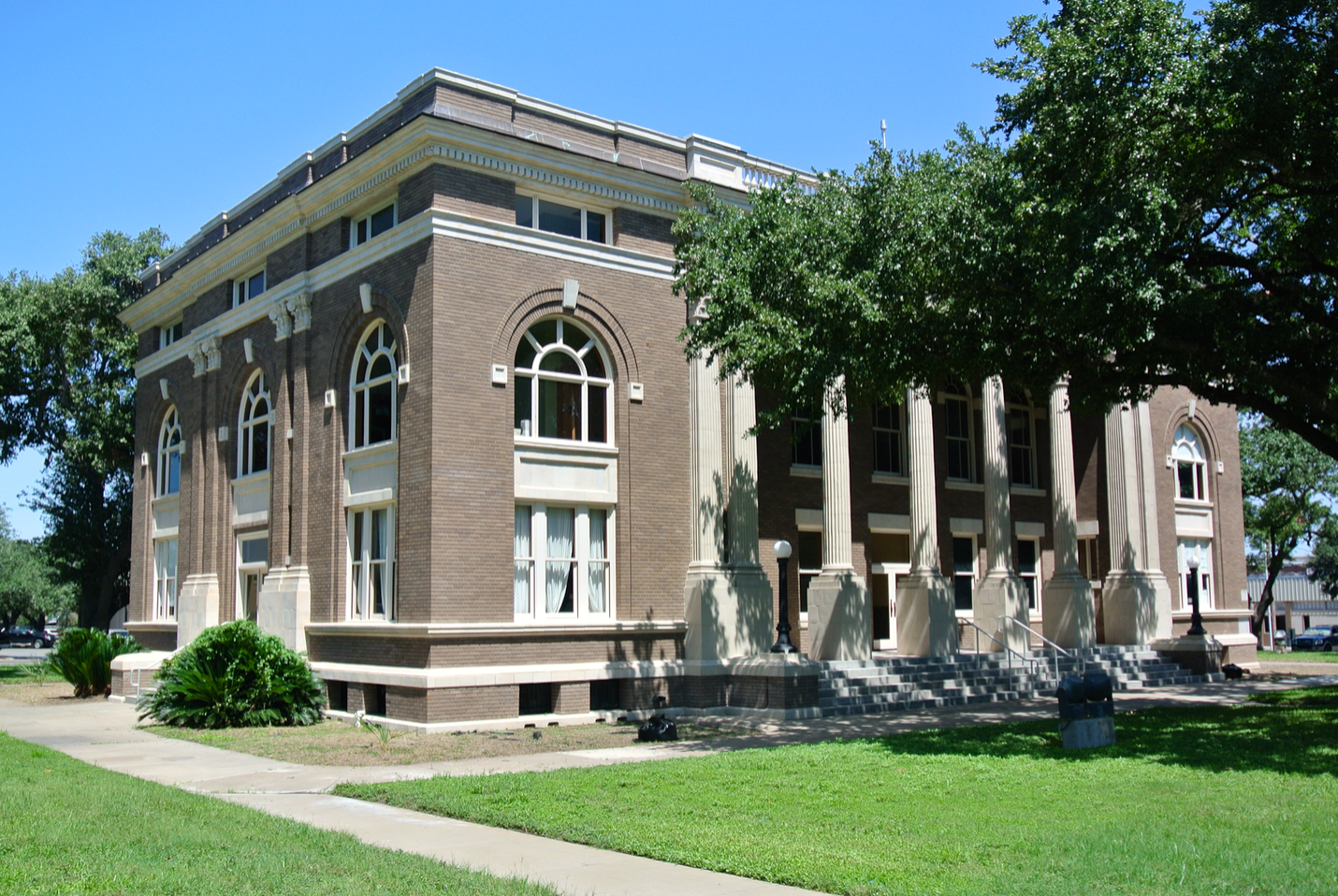 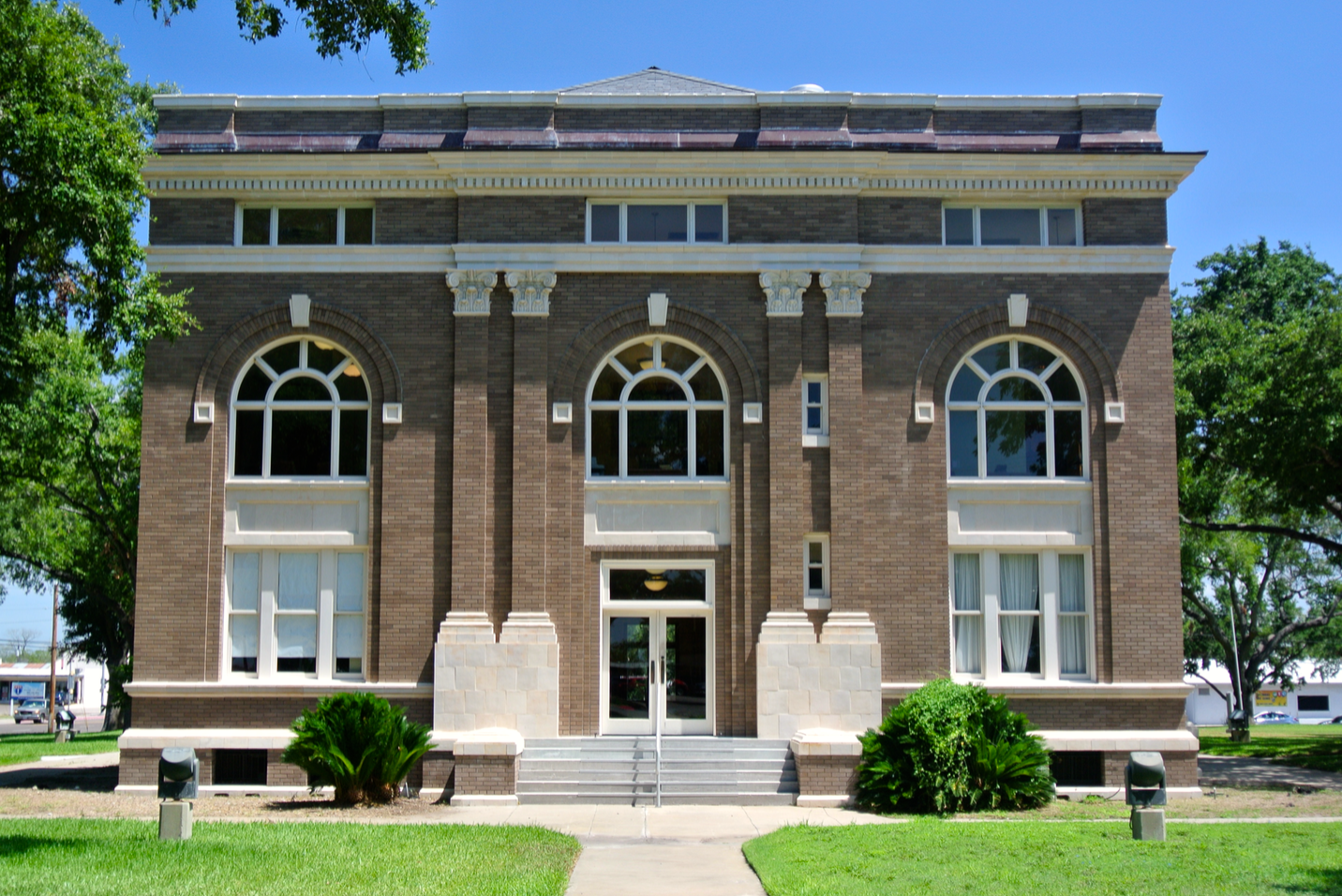 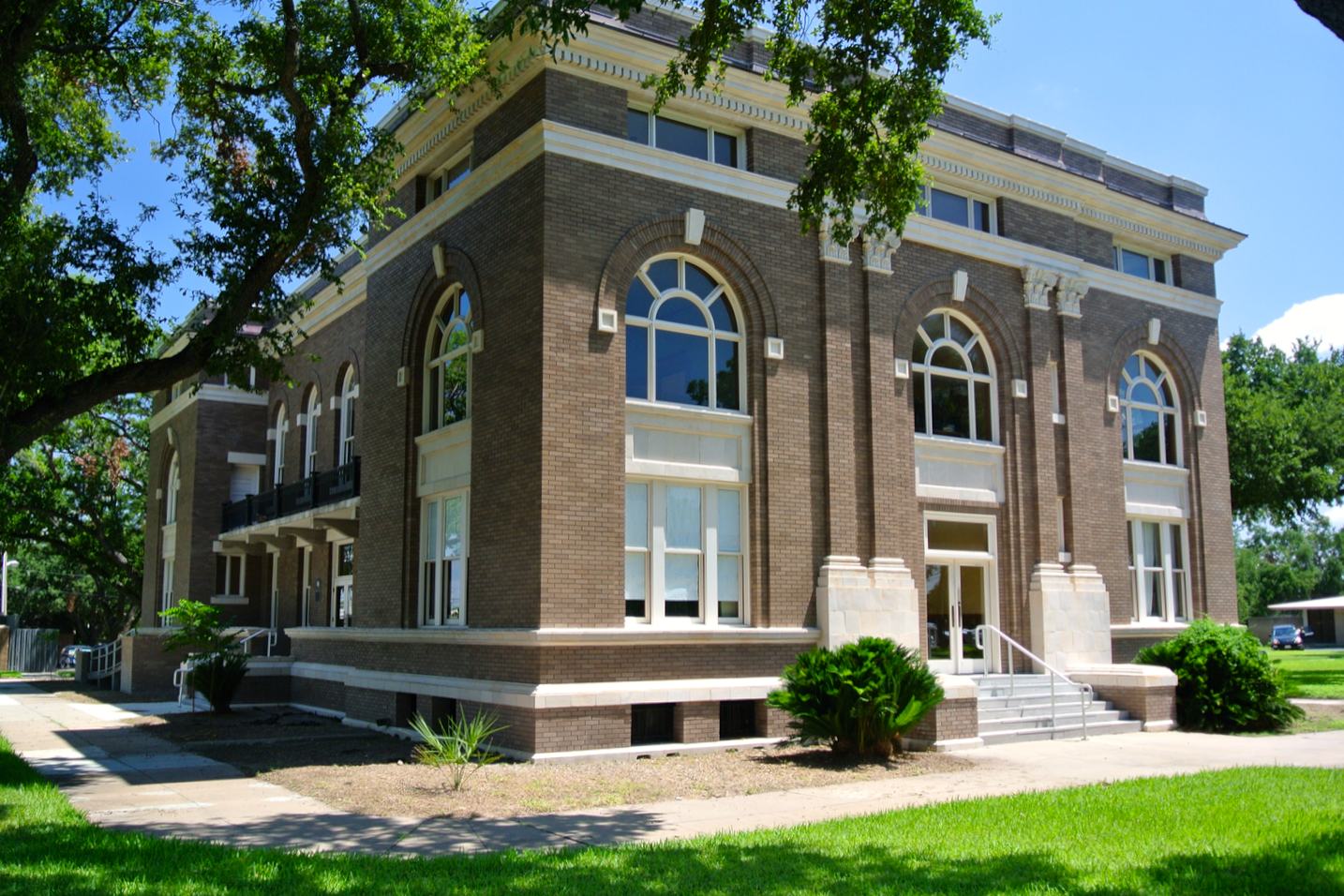 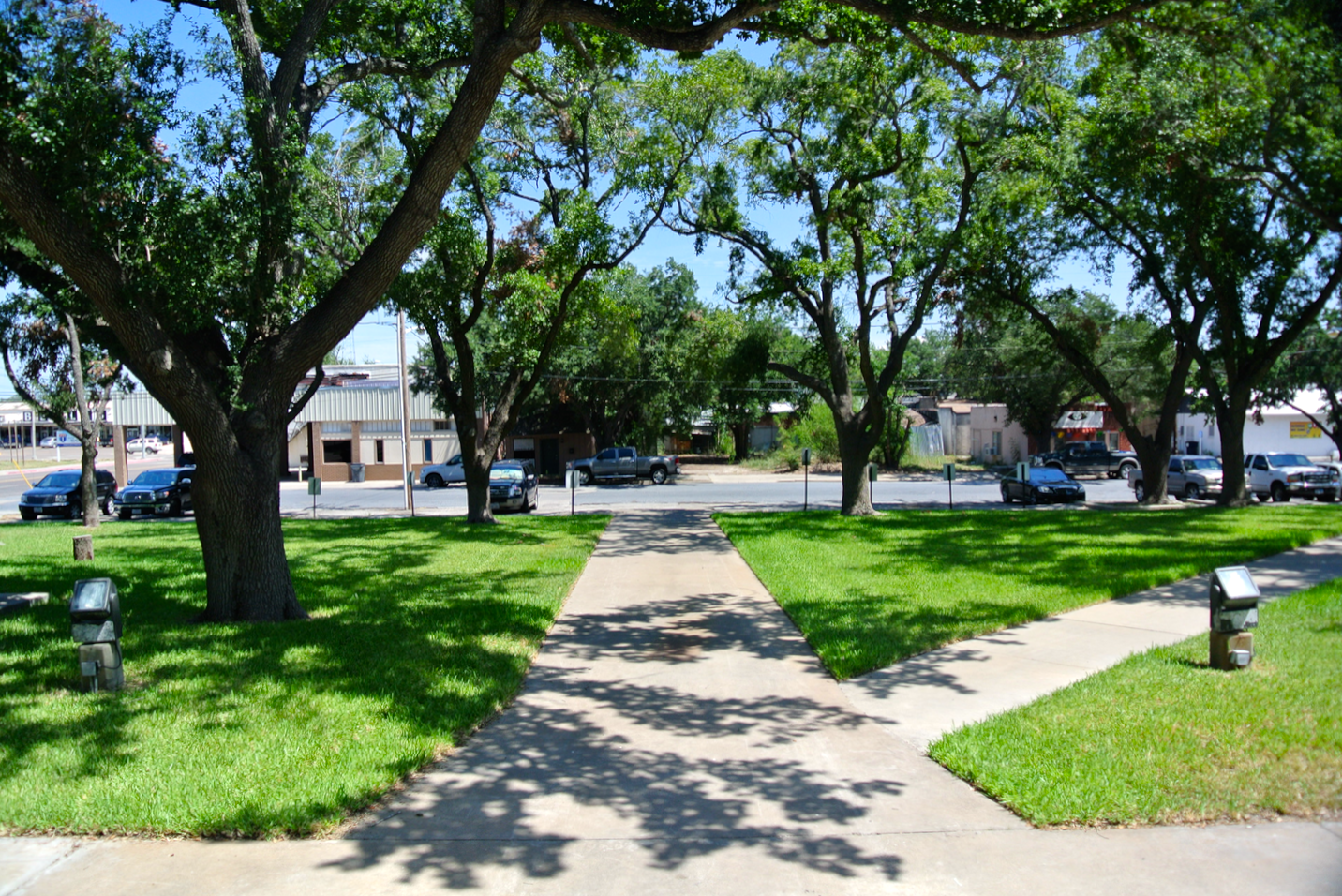 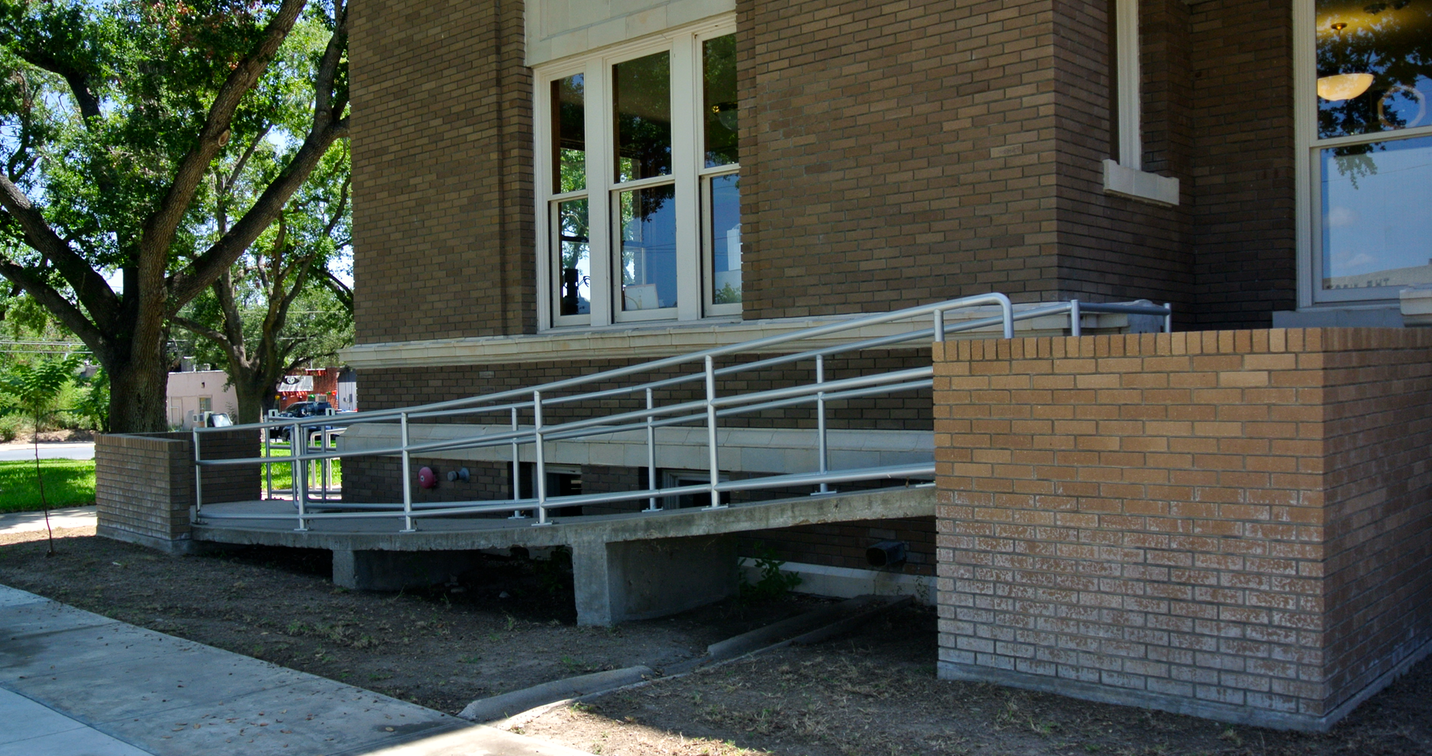 A seemingly “sagging” wheelchair ramp is on this side. 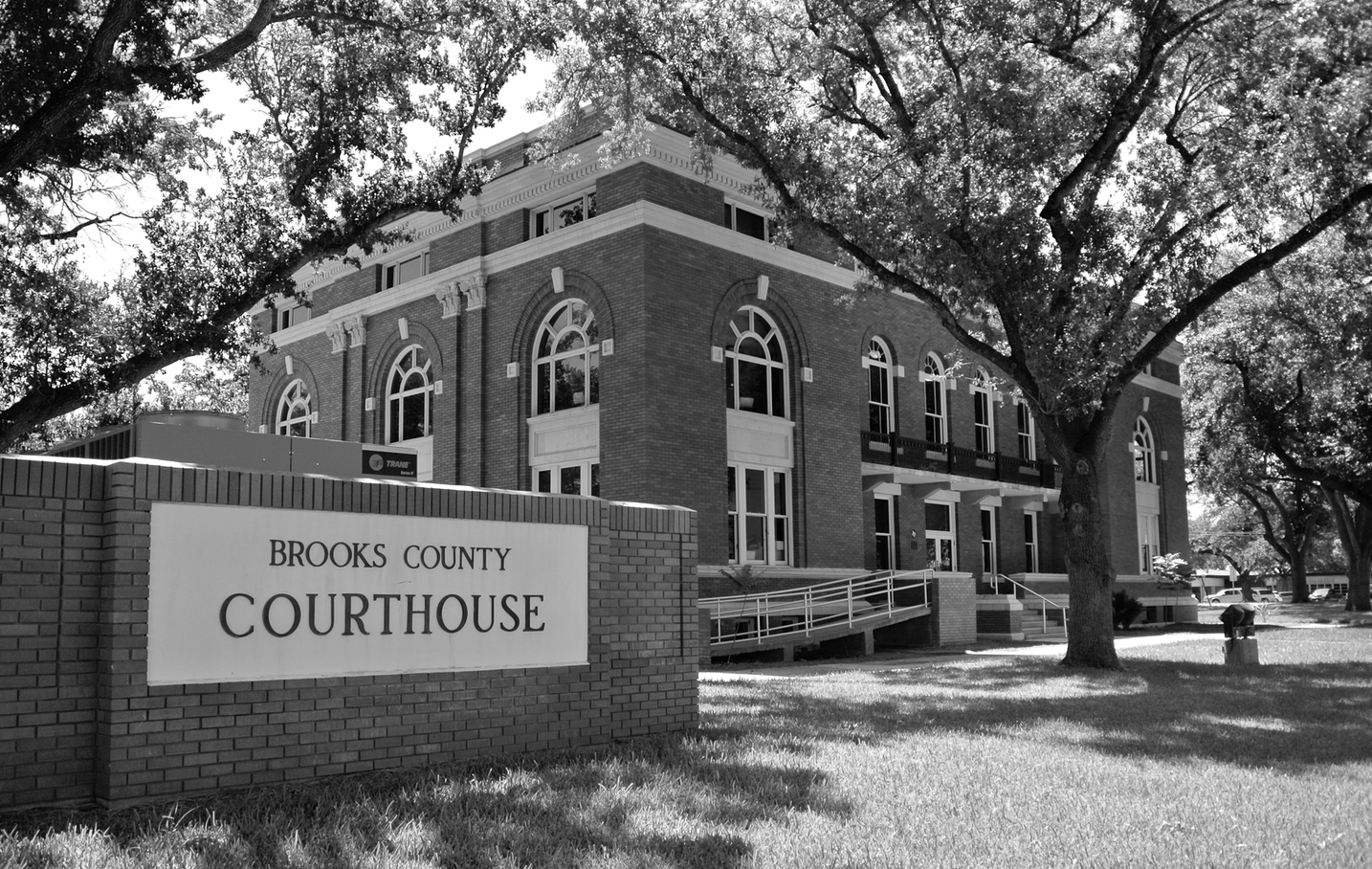 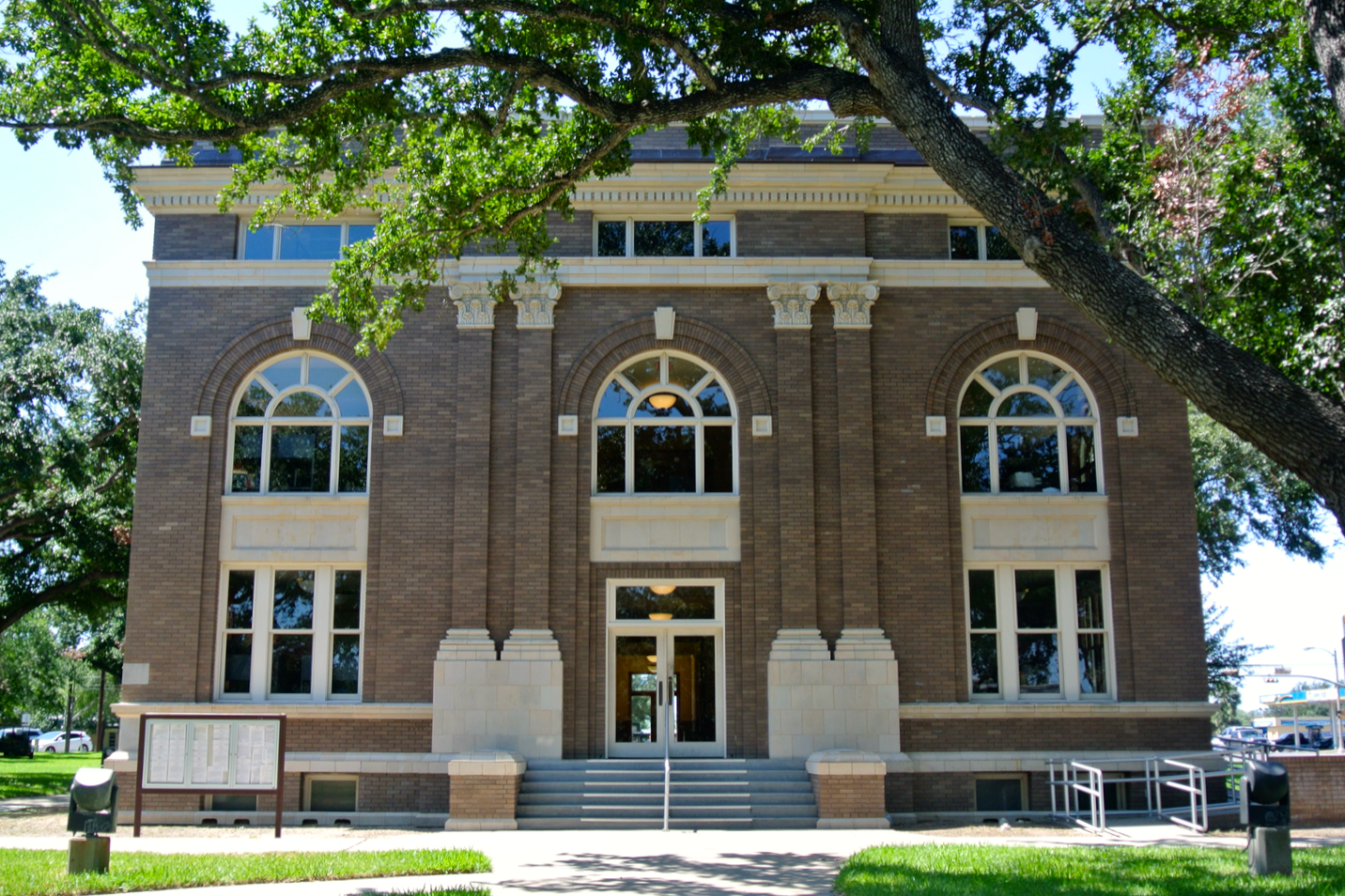 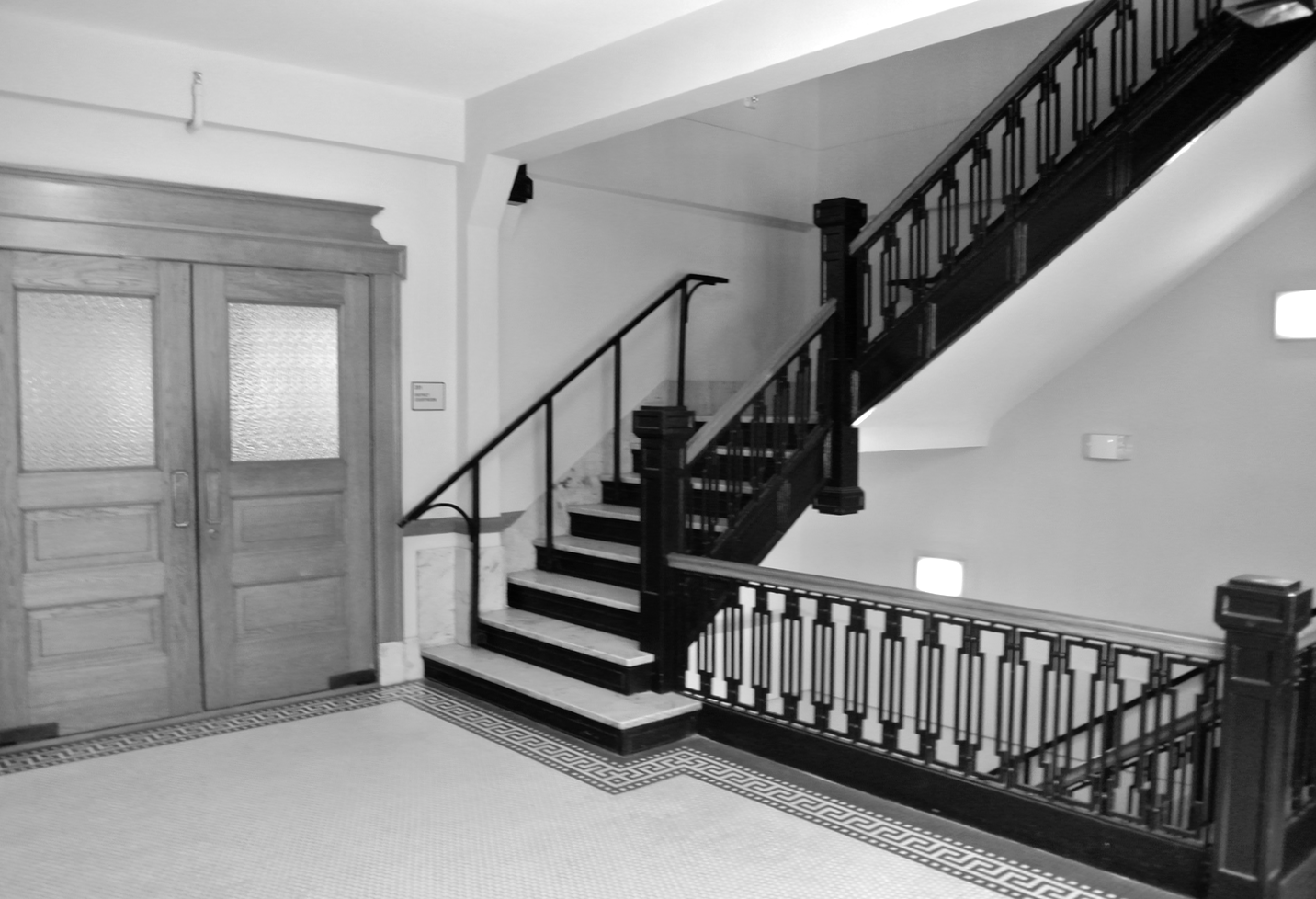 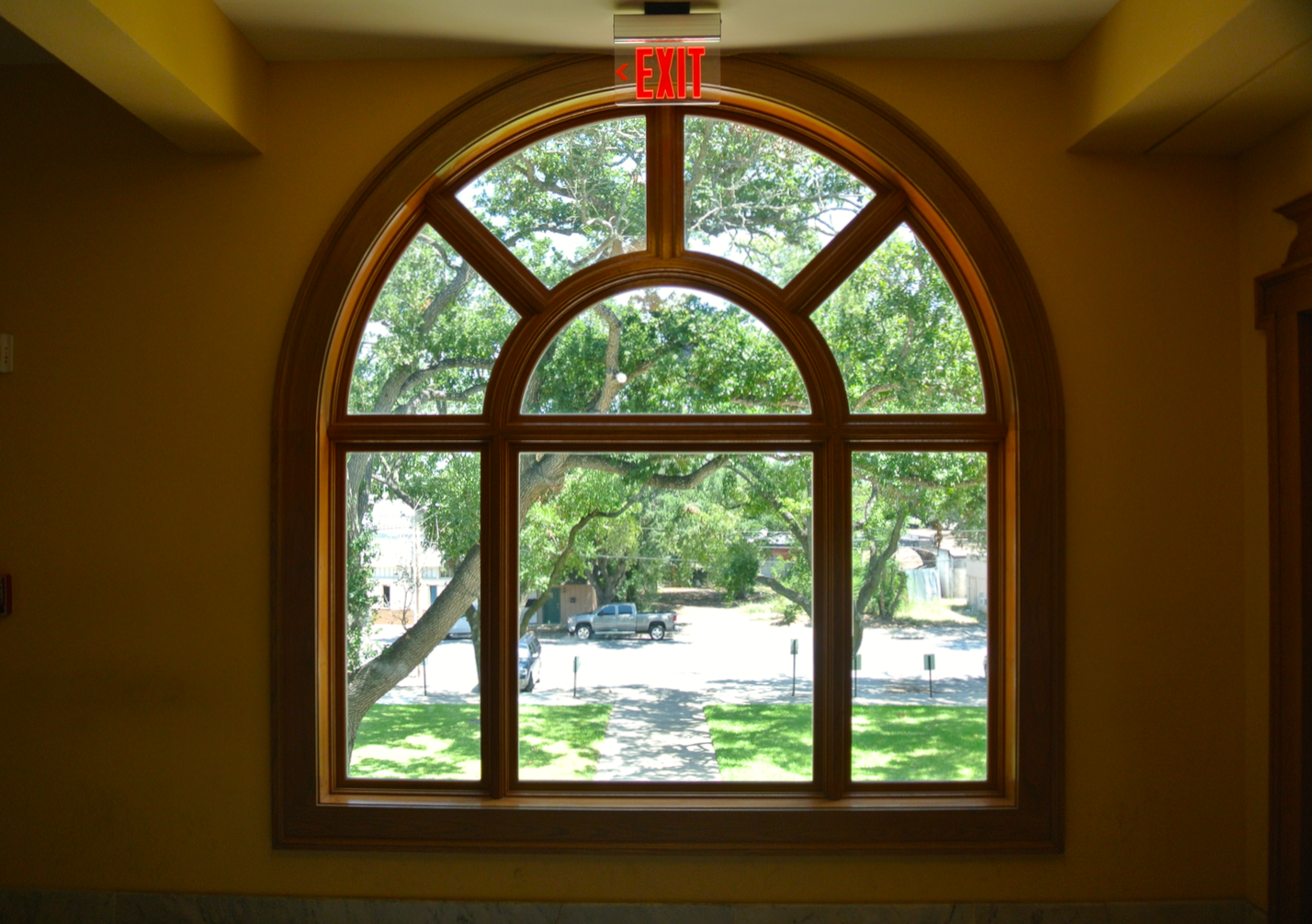 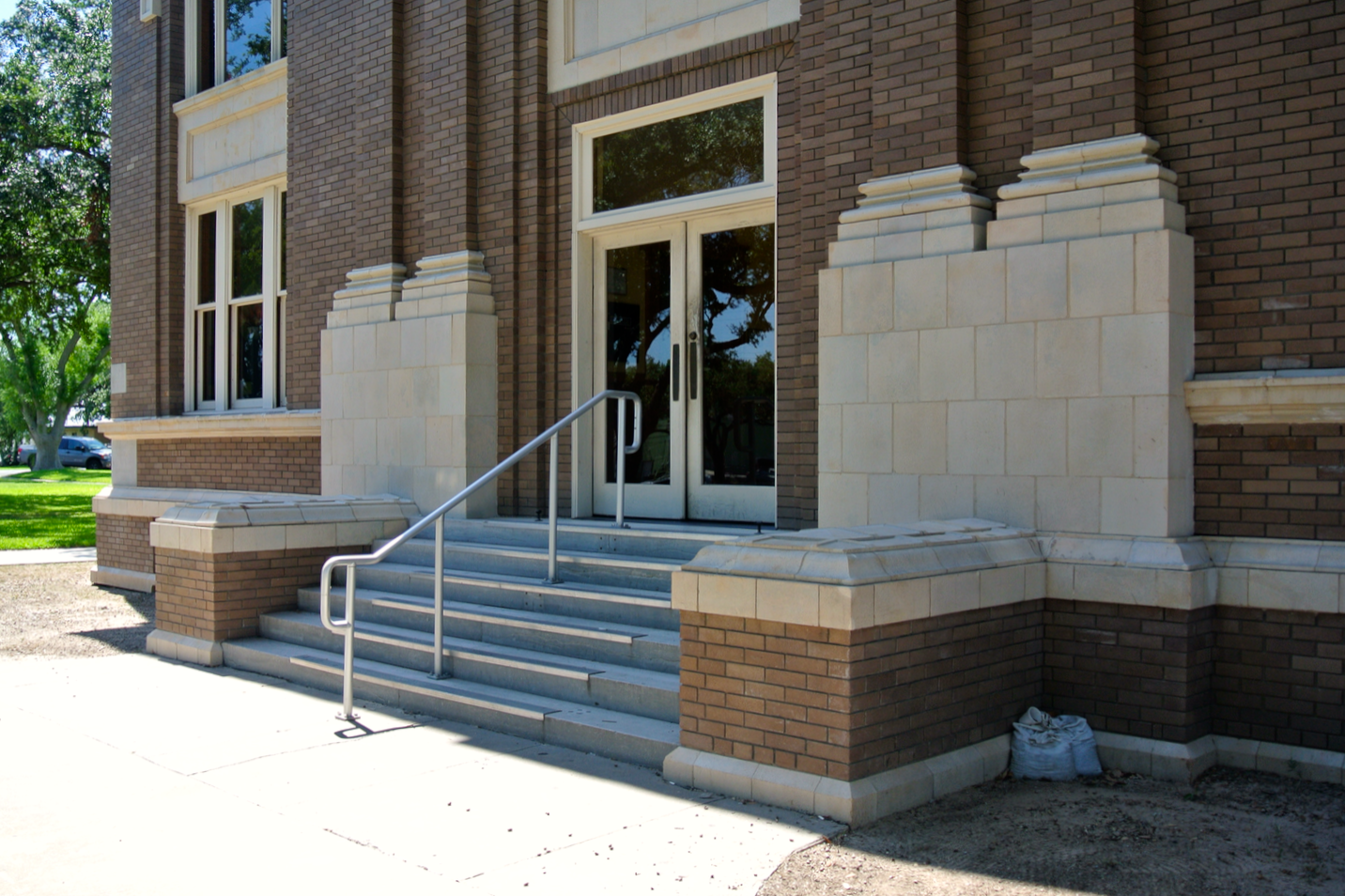 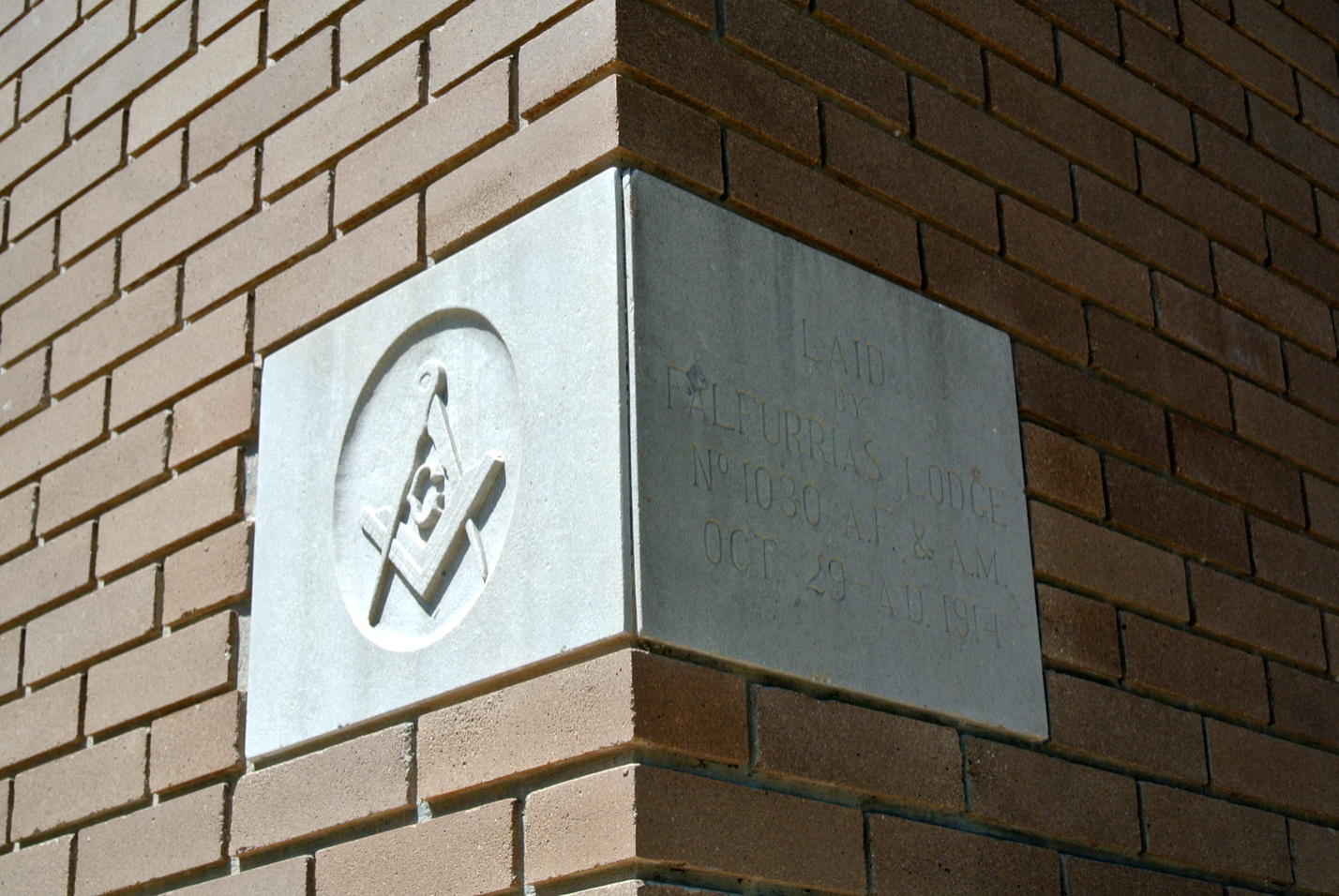 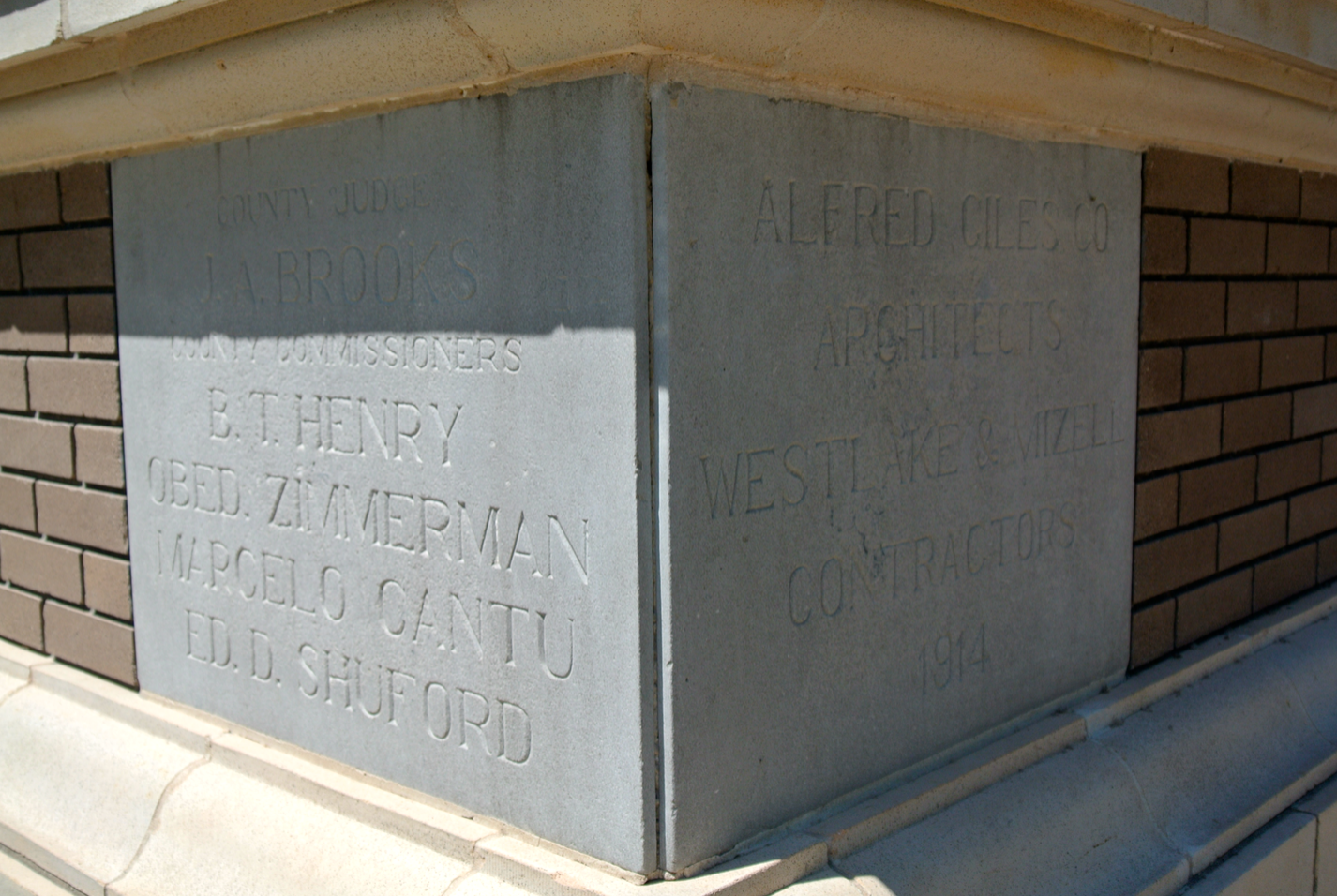 Both on the northeast corner 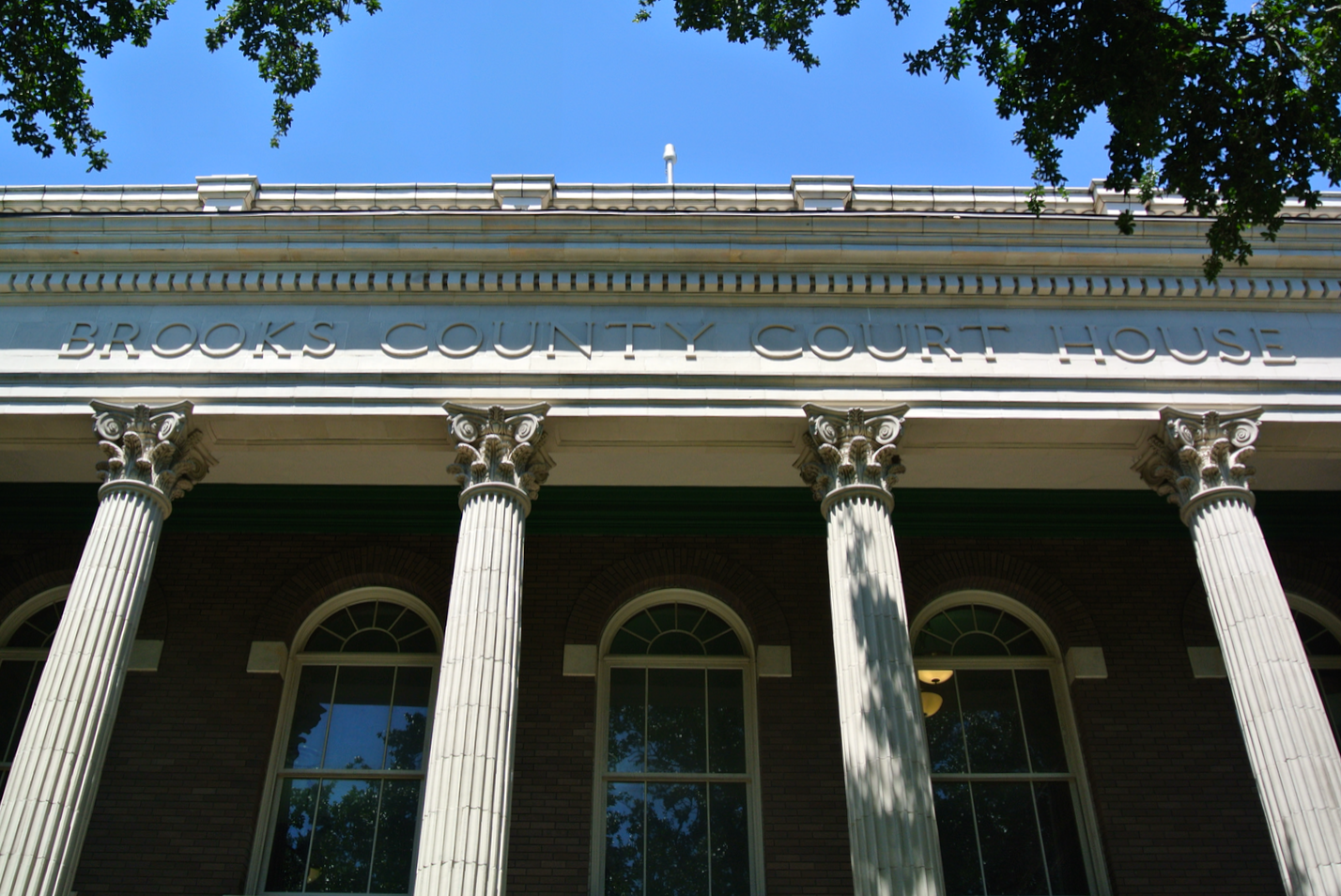 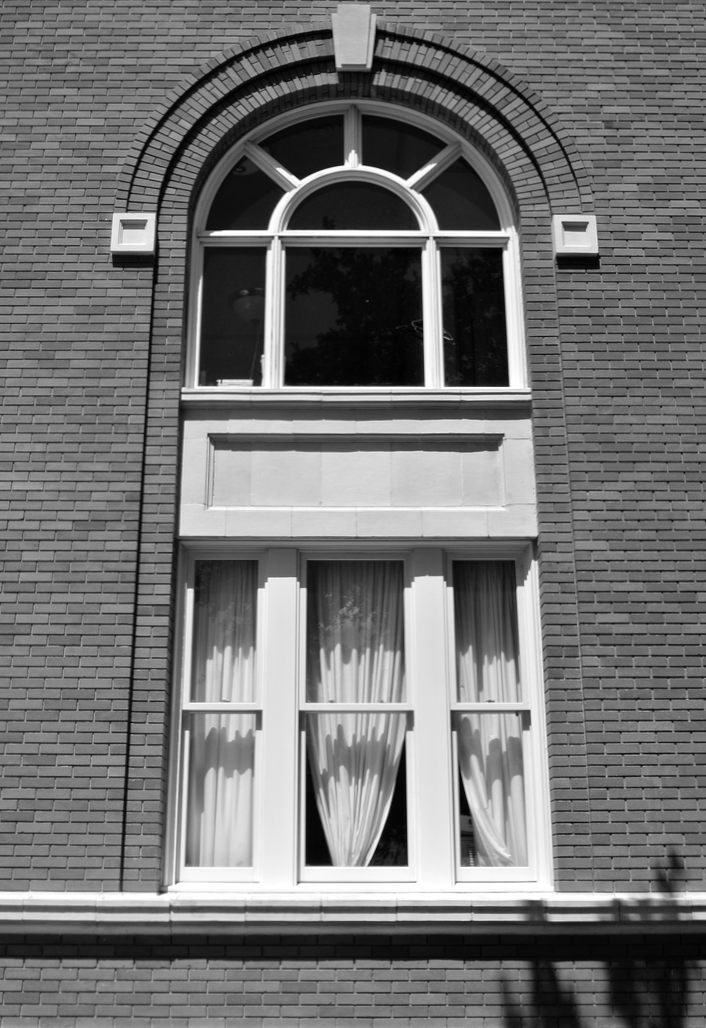 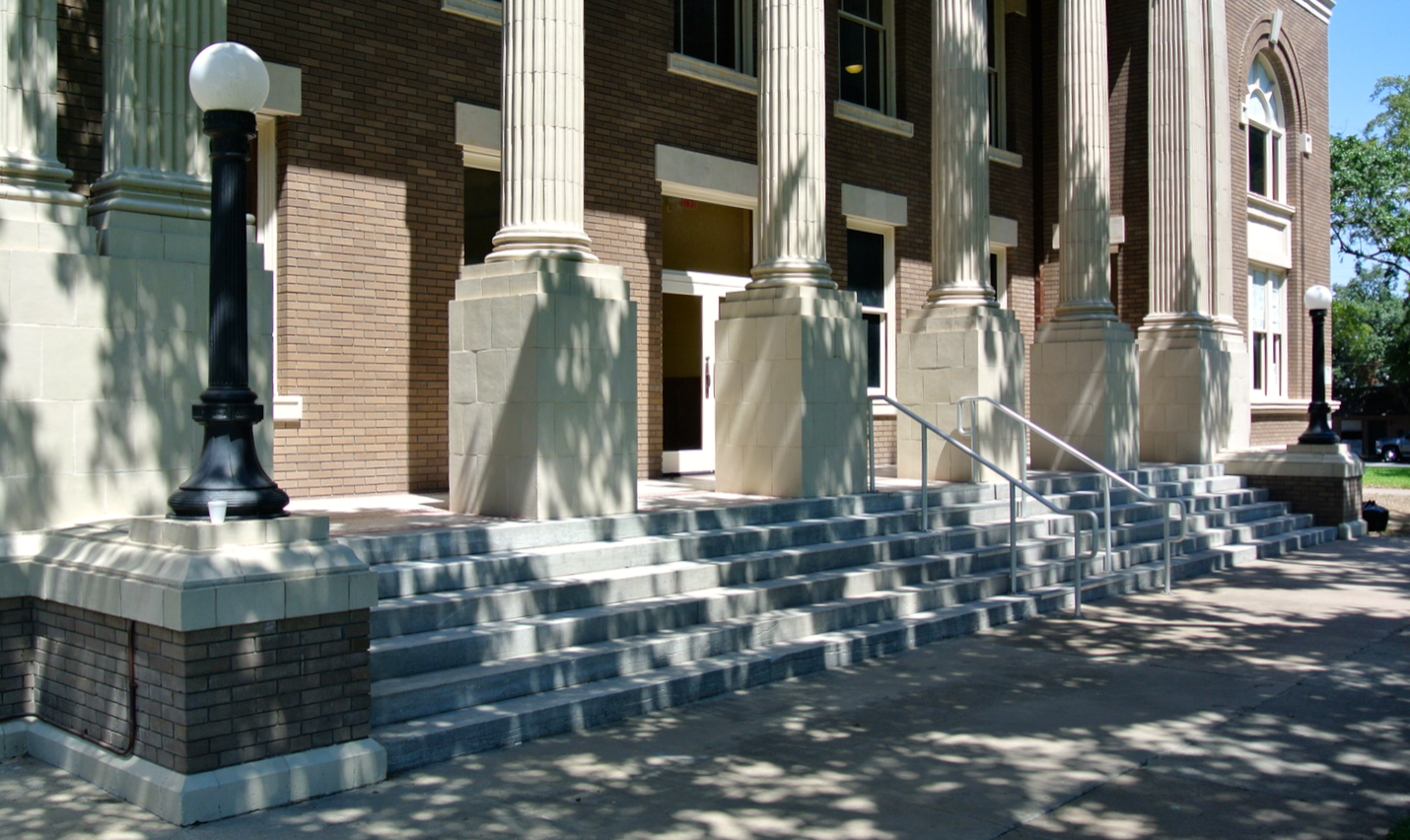 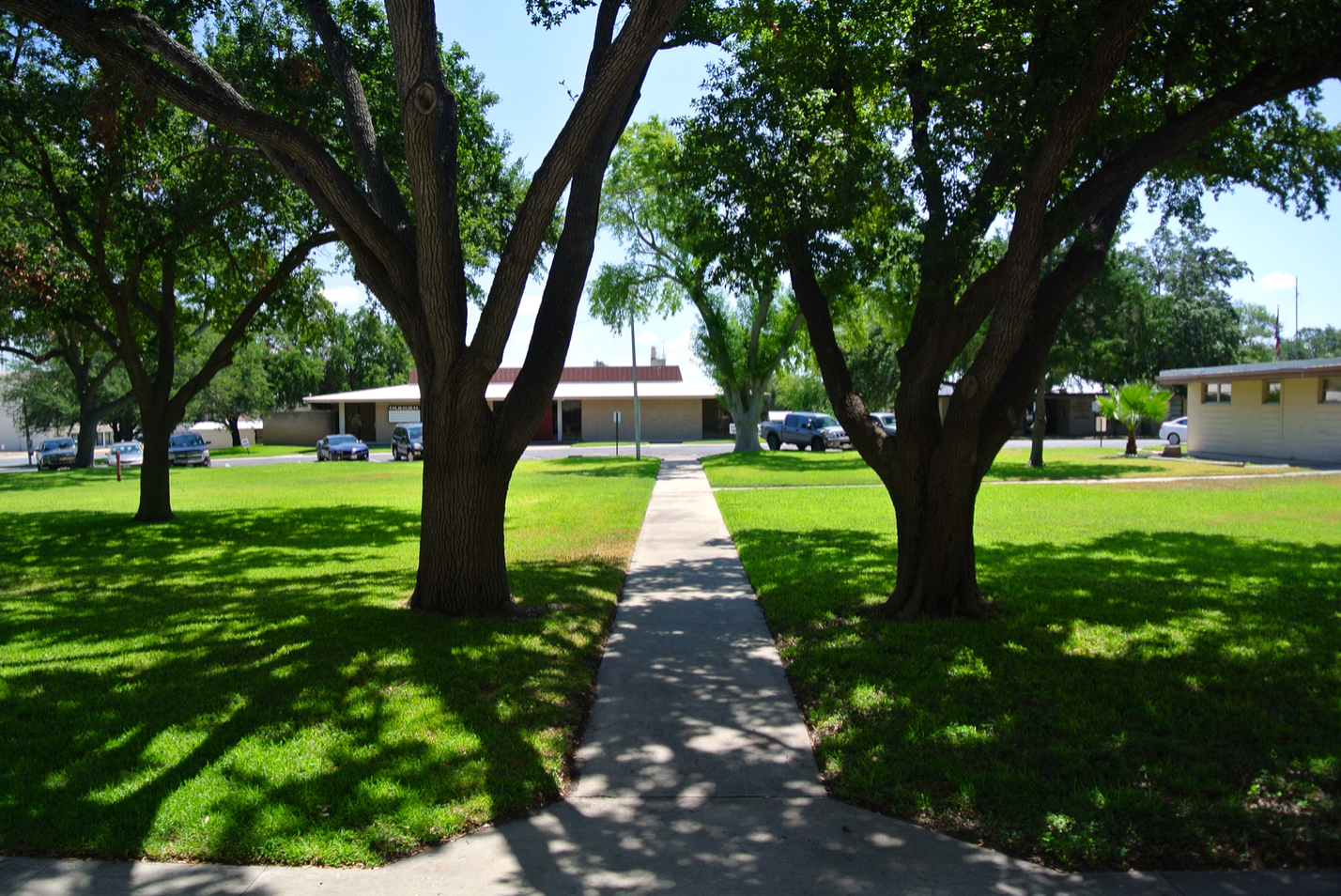 Calixto Mora Street and beyond 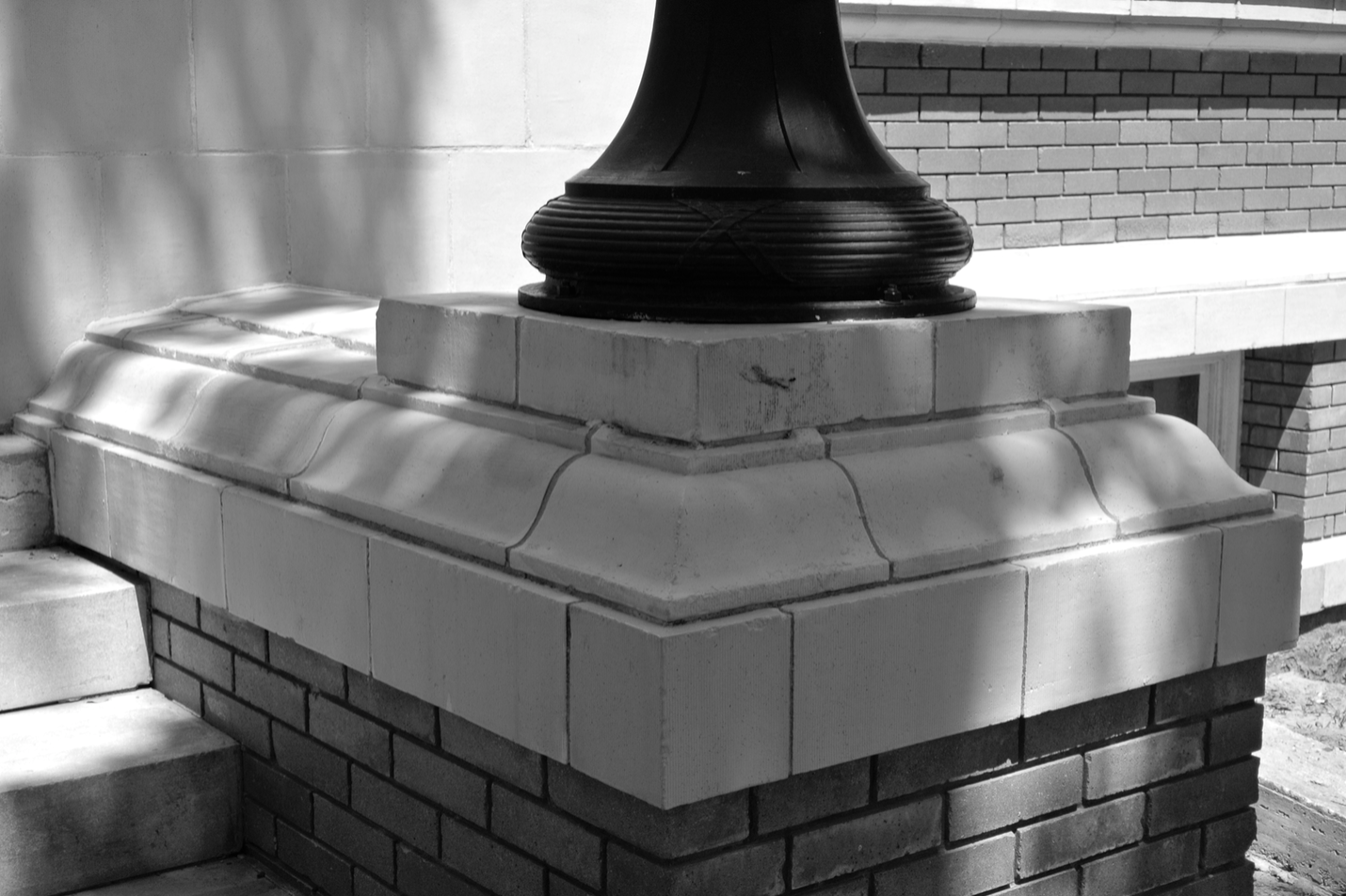 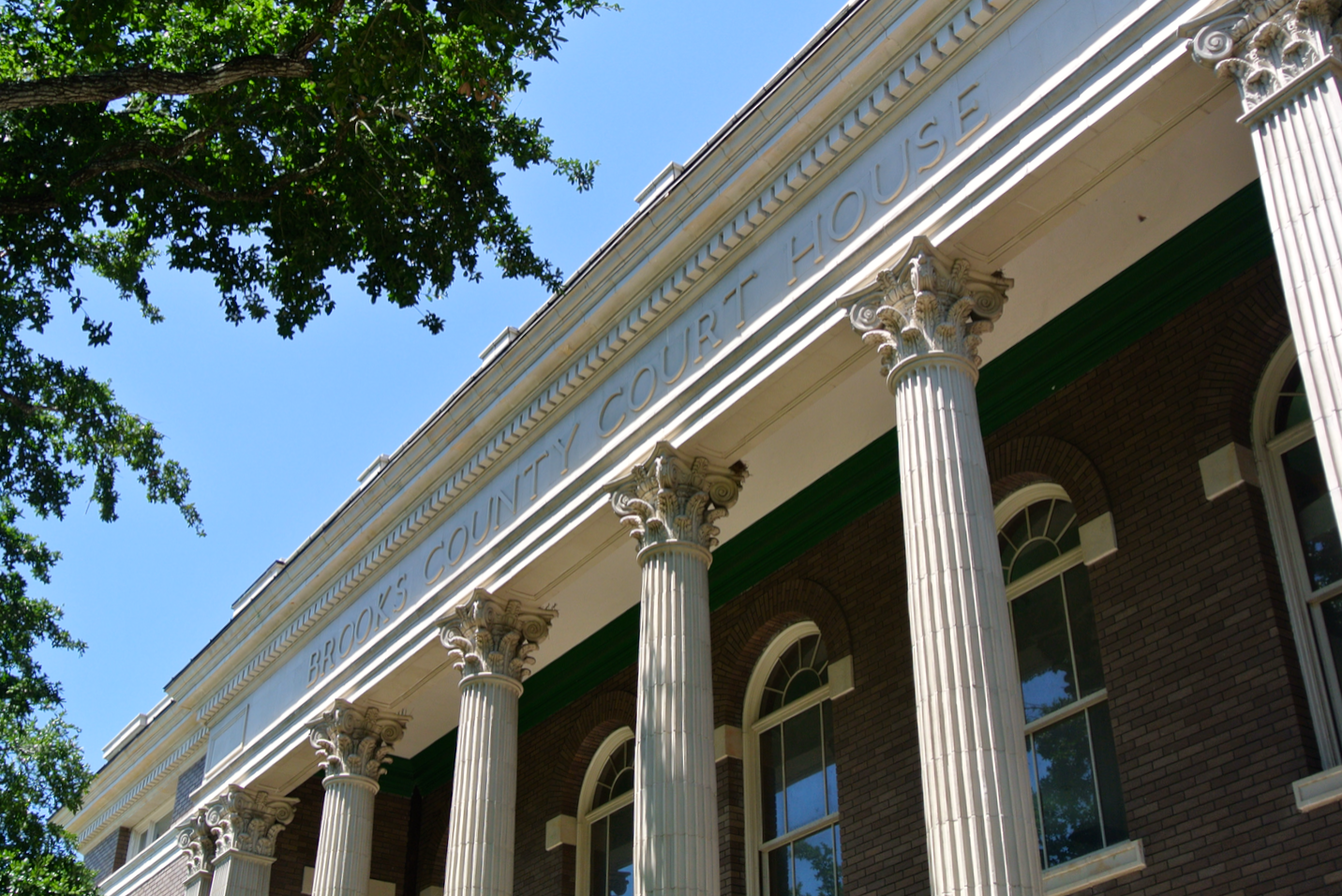 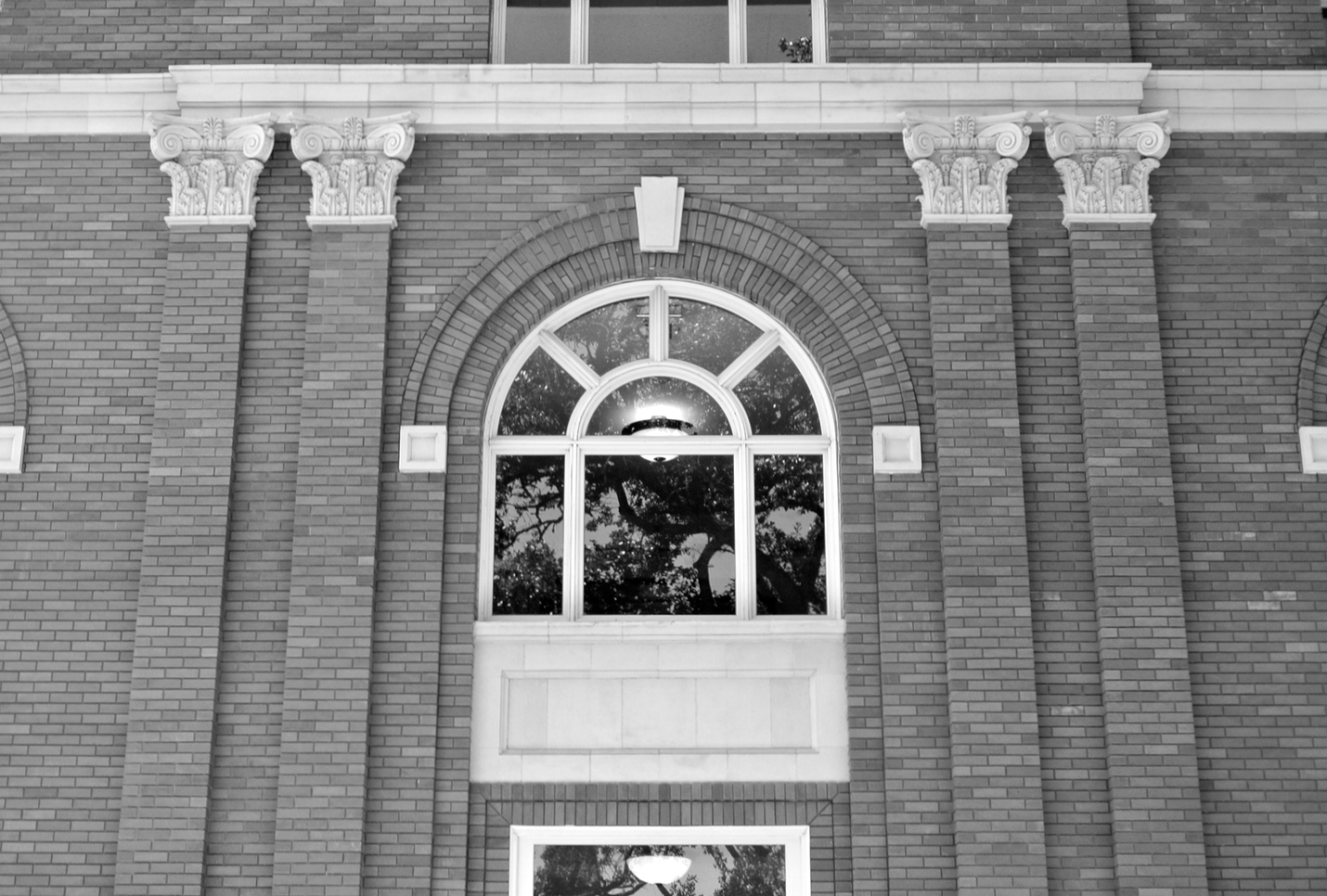 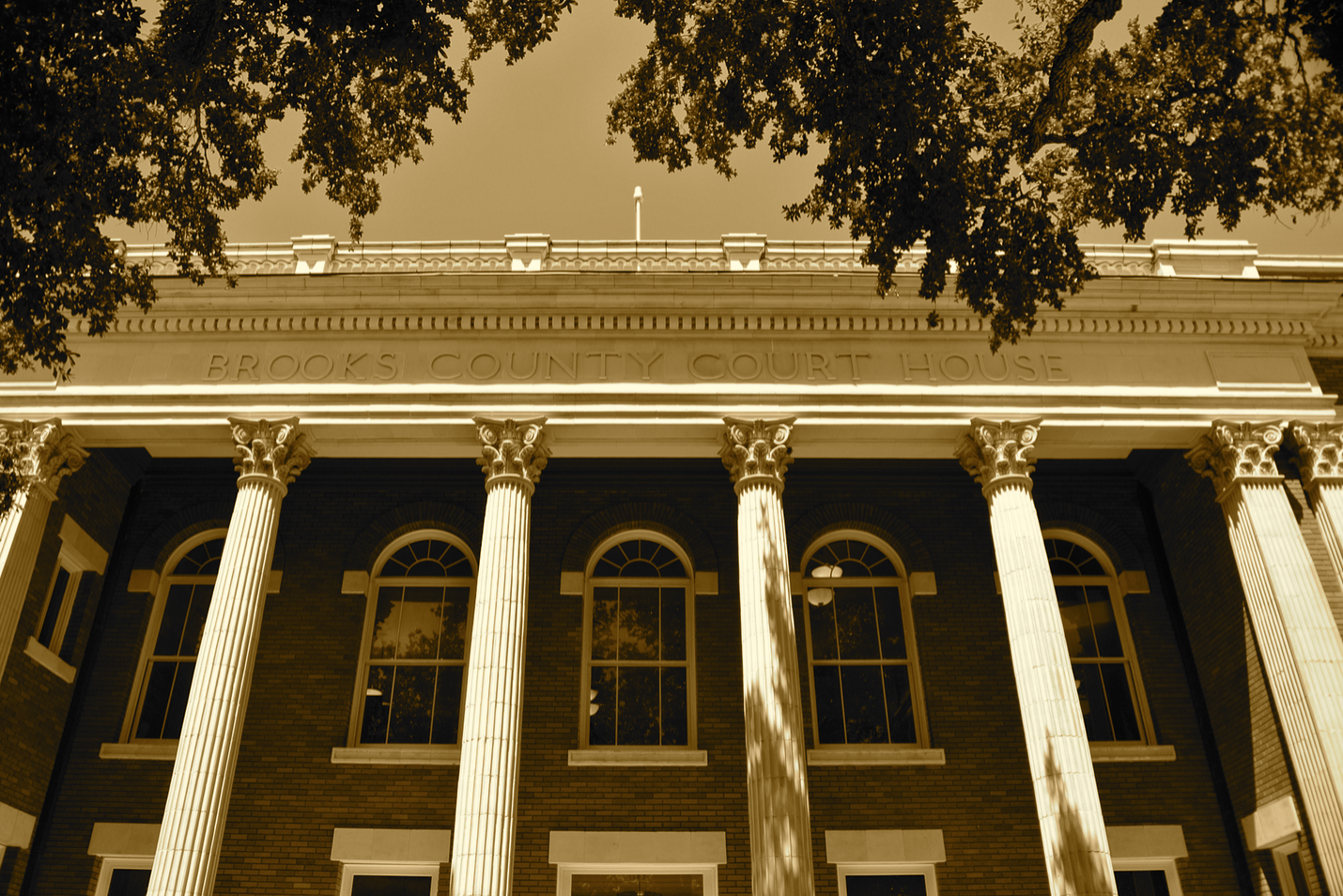 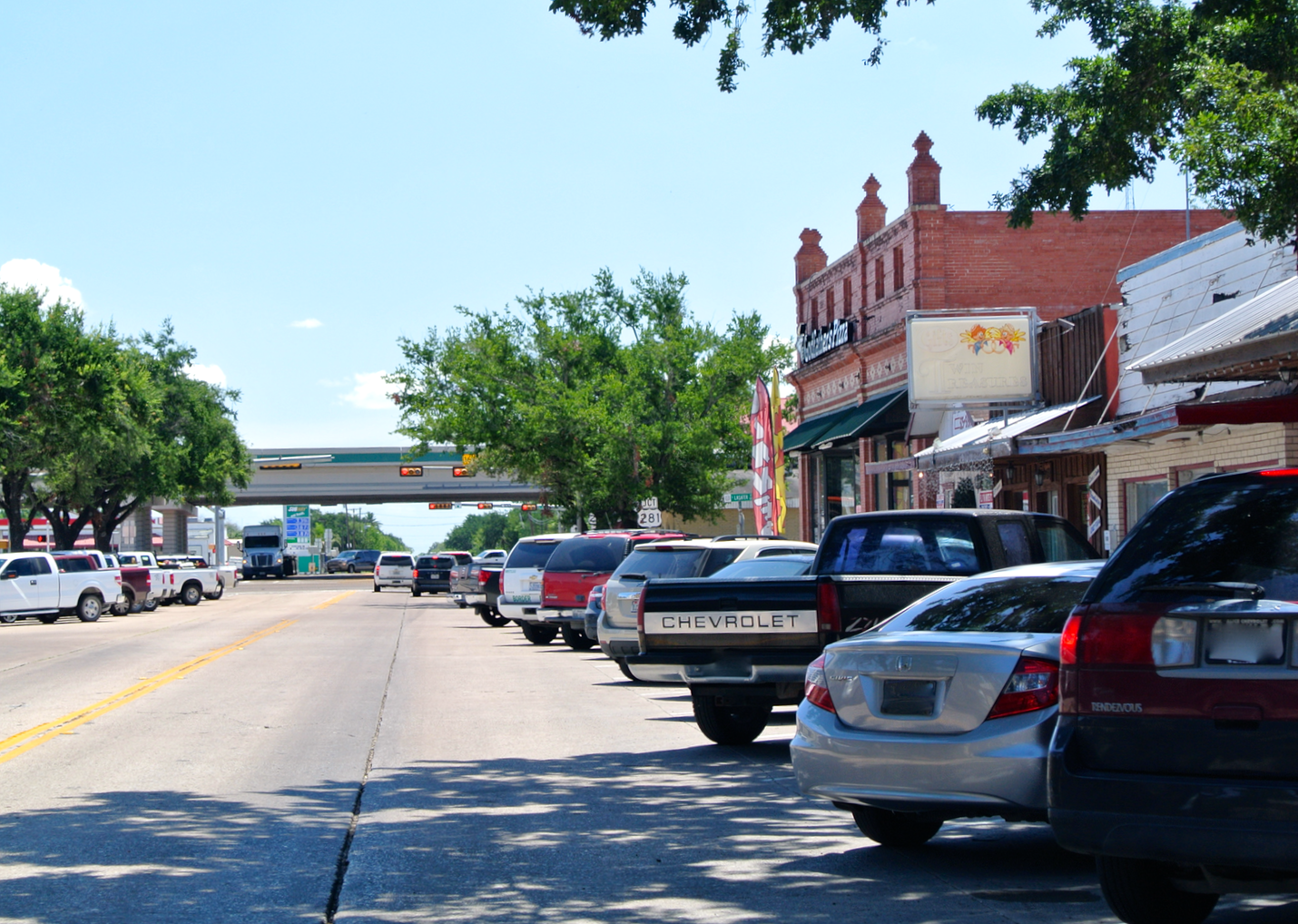 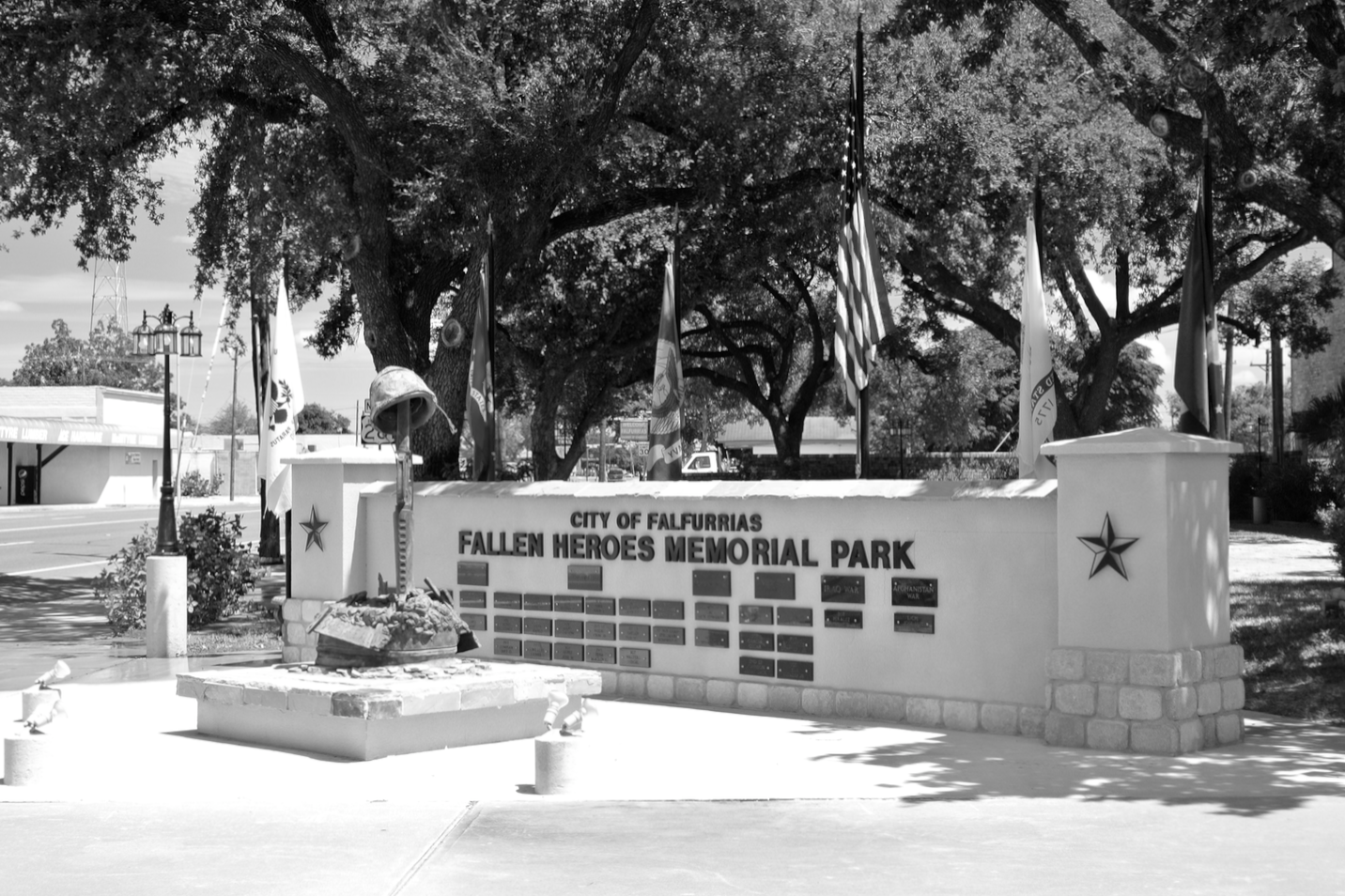 Falfurrias is home to the “Fightin’ Jerseys”.