“The county, named for local rancher Antonio Zapata, is bordered on the north by Webb County, on the east by Jim Hogg and Starr counties, and on the west by Mexico.”

“Zapata County covers 999 square miles, with elevations from 200 to 700 feet above sea level. The county generally has light-colored loamy soils over reddish or mottled clayey subsoils; limestone lies in places within forty inches of the surface. The flora includes thorny shrubs, grasses, mesquite, and cacti. Less than 1 percent of the county is considered prime farmland.”

“The first European exploration of the region was probably made by Capt. Miguel de la Garza Falcón, who in 1747 led a group down the northern bank of the Rio Grande from the site of present day Eagle Pass to the mouth of the river following a route that later became known as the Old Military Highway. Garza described the land as “barren, with little or no water, scanty grass…and unfit for settlement for lack of an adequate water supply.”"

“Nevertheless, the first settlement in the future county was founded just three years later by José Vázquez Borrego, a rancher from Coahuila. On August 22, 1750, he founded Nuestra Señora de los Dolores Hacienda a few miles from the site of present San Ygnacio. To settle the area Vázquez moved twenty-three families from Coahuila.”

“In 1821 the future Zapata County, along with other settlements between the Nueces and the Rio Grande, became part of the Mexican state of Tamaulipas. From the Texas Revolution until the Mexican War the region was disputed territory, claimed by both Texas and Mexico. In 1839–40 Antonio Zapata and other residents joined Antonio Canales Rosillo and Jesús Cárdenas to fight for the Republic of the Rio Grande. Despite political turmoil, the population of the area continued to grow.” 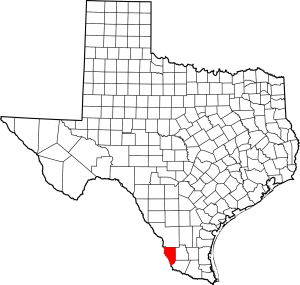 “In 1848 the Treaty of Guadalupe Hidalgo established the Texas claim to the region, and the area of future Zapata County was included in Starr and Webb counties. On January 22, 1858, the legislature passed a measure establishing Zapata County, which was organized on April 26, 1858, with Bellville (later known as Carrizo and subsequently as Zapata) as the county seat.”

“After the [civil] war both Mexican and American outlaws made frequent raids on Zapata County ranches, stealing cattle and horses and sometimes killing the occupants. After a district judge, a clerk, and various other county officials were killed in a raid in 1875, Governor Richard Coke declared that until order was restored all county judicial proceedings should take place in neighboring Webb County. Despite the threat of violence, however, the population continued to grow.”

“Unlike the situation in much of South Texas, relations between Anglos and Hispanics remained generally harmonious. This was partly due to considerable intermarriage. But, more importantly, large-scale farming was never introduced into the area. Many Hispanic landowners were unwilling to sell their land to Anglo newcomers, and Zapata County residents, like those in adjacent Starr County, rejected irrigation development and were thus spared an influx of northern farmers.”

“Moreover, although Zapata County was occasionally the target of raids during the Mexican Revolution, it escaped the worst of the violence, and as a result the harsh racial polarization of many South Texas counties did not occur. Also, although Anglos took control of politics in many of the farm counties of the region, the old Mexican ranching elite in Zapata County was generally able to hold on to power, and social divisions generally were between economic classes rather than ethnic groups.”

“Oil was discovered in 1919, and during the 1920s the first commercial oil and gas wells were drilled in the Mirando Valley. A toll bridge between Zapata and Guerrero, Tamaulipas, was completed in 1931. In 1932 a water system was established for Zapata. Highway 83 was completed from Brownsville to Laredo in 1935, for the first time allowing Zapata County access to outside markets; many other county roads were graded and improved.”

“The postwar years saw other important changes for the county as well, including the construction of the massive International Falcon Reservoir on the Rio Grande. The project, designed to protect the lower Rio Grande valleyfrom flooding, first entered the planning stages in the late 1940s. To oversee the project, a governmental commission known as the International Boundary and Water Commission was formed. After lengthy deliberations the board selected the line between Zapata and Starr counties as the site for the new dam. The choice of that location, however, meant that more than 115,000 acres of land in Zapata County would be inundated and would force the evacuation of 3,000 people and three of the county’s largest towns, Zapata, Falcon, and Lopeño.”

“But when the Rio Grande flooded in August 1954, it filled the reservoir three years before the projected date and forced immediate evacuation. As a result, residents had to move to new towns that did not yet have water systems, schools, or much housing. There were also numerous problems with the compensation the government offered to those who were forced to move.”

“The reservoir nevertheless was a boon to the county, for it fostered tourism, which by the early 1960s was one of the county’s largest sources of income. Indeed, developments on the lakeshore became the focus of both commercial and social activity. For the next three decades, tourism, ranching, and oil and gas were the county’s leading industries. In the early 1990s, 90 percent of the land in the county was in ranches and farms, though less than 1 percent of the farmland was under cultivation.”

“Zapata (population, 5,091) is the county’s largest town and its seat of government; other communities include Medina (4,150), San Ygnacio (659), and Falcon (185). Recreational facilities in the county include  the Falcon State Park, the San Ygnacio Historic District, Corralitos Ranch, and San Francisco Ranch. The Texas Tropical Trail, which links the counties of the lower Valley, runs through the area. There are extensive hunting opportunities throughout the year. Special events include the Fajita Cookoff held in November in Zapata.”

There are no surviving photos, if ever any were taken at all, of this courthouse. It cost the county approximately $7,500 and was destroyed circa 1900 in a flood of the Rio Grande. 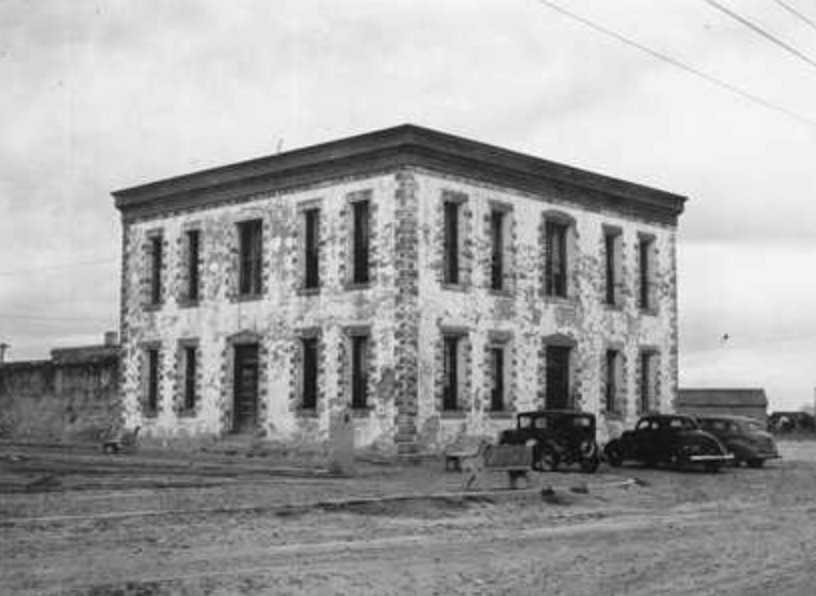 It’s said that the “square plan” and pattern of five openings (1 door, 4 windows) per side are examples of the “Greek Revival” style. However, the cubical form with walls made of white-washed stucco would point towards Spanish Colonial influences, which to me, seem more likely.

There would have most likely come a time when Zapata County would have “outgrown” this building and done away with it, but that never came to pass. In the 1950s, when the Falcon Reservoir was created, a portion of the city of Zapata was flooded. This tract of land included the courthouse. To the best of all knowledge, it still stands…beneath thirty to forty feet of water. But if you’re scuba certified, and feeling adventurous, be my guest. 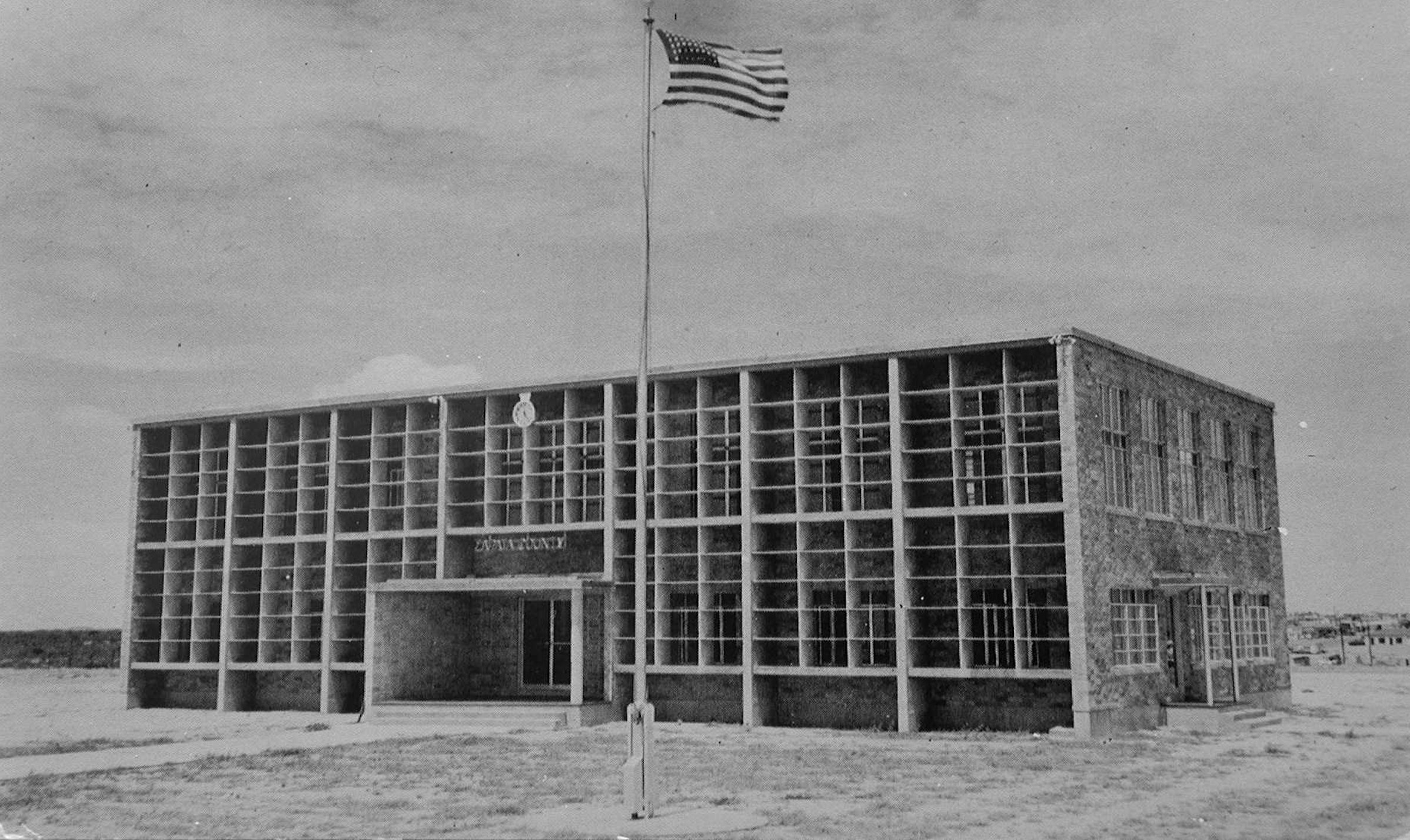 This was a fairly disgusting modern, brick design. Those eyesores (solar screens) were removed at some point, and the building stood to at least 2002. As of today, I understand that it has been demolished. I could be wrong, but I didn’t see any such structure during my trip to Zapata.

Some locations, like Rockwall County, have courthouses younger than this one, but they also have both a new and a historic building in their city. As far as I know, Zapata County has the youngest court building in Texas (that is used for every office).

It was designed by the Corpus Christi firm Morgan Spear Associates Inc., and was constructed by an Irving team called Satterfield & Pontikes.

Luckily, enough modern “blocks of concrete” built from the 50s to 80s, reminded Texas architects of the importance of classical influences in architecture. It’s refreshing to see a courthouse like Zapata County’s, though built in 2005, retain some style to it. See for yourself below. 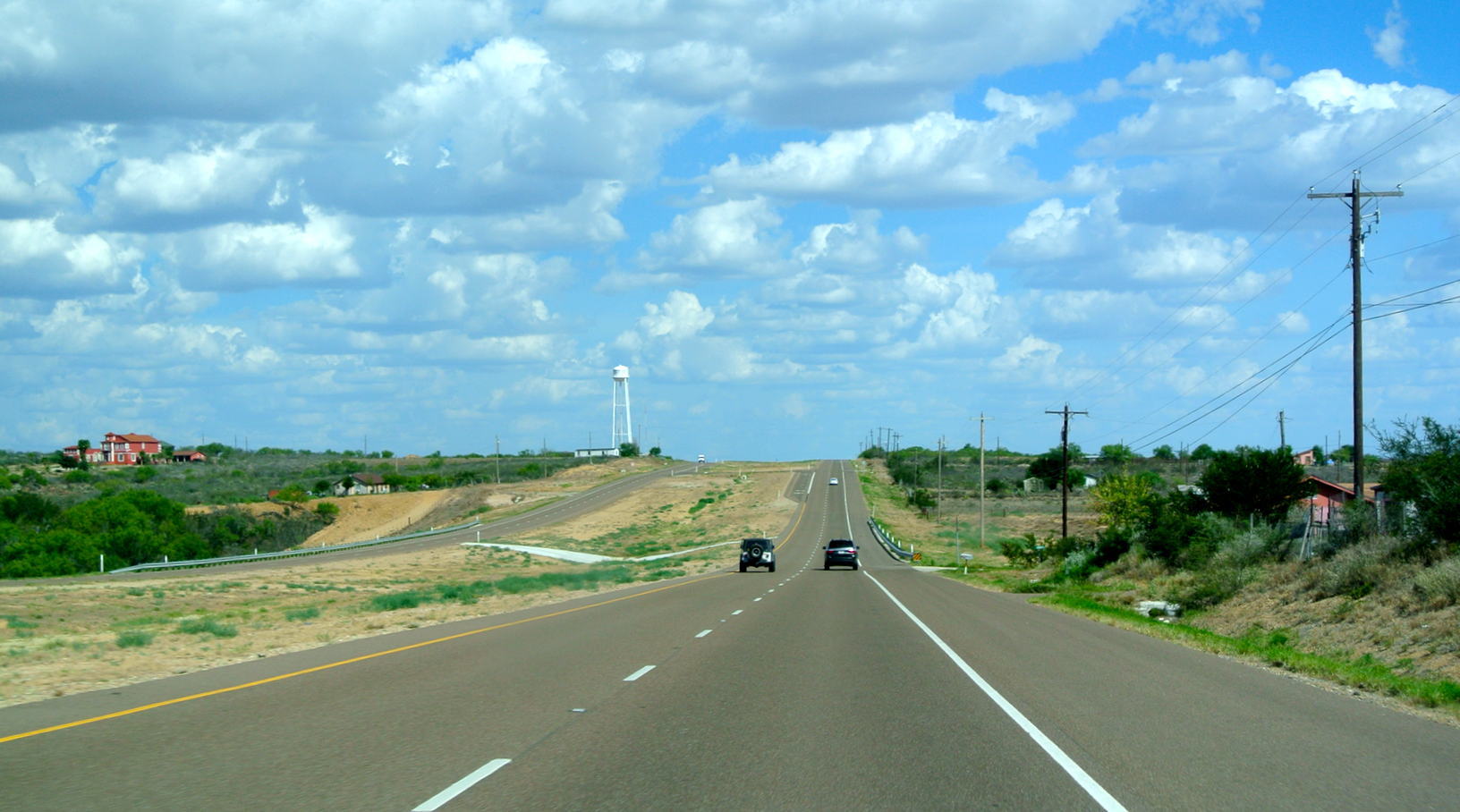 Southbound on Highway 83, between Laredo and Zapata

The courthouse is quick to appear, towering over the rest of Zapata. 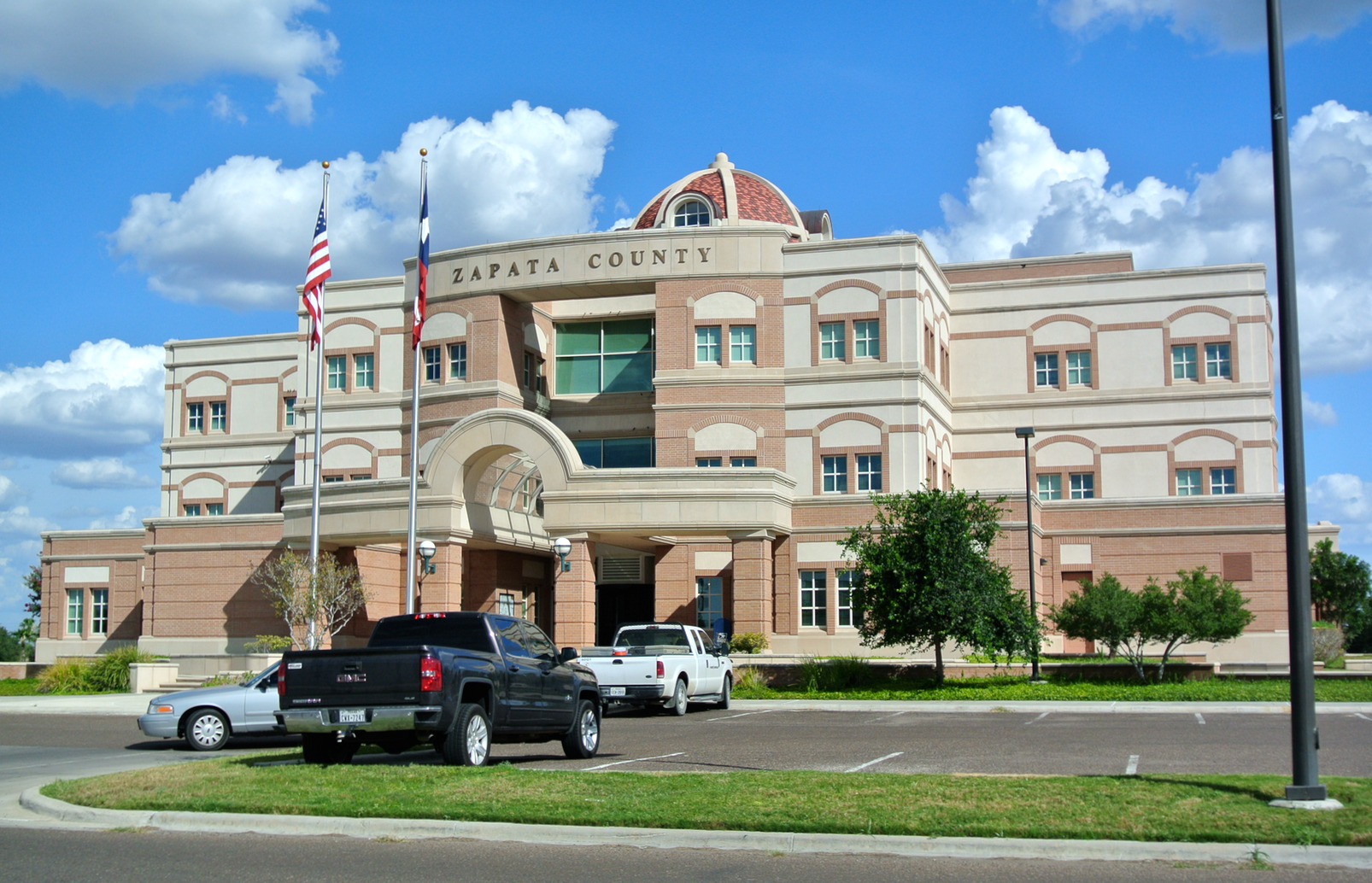 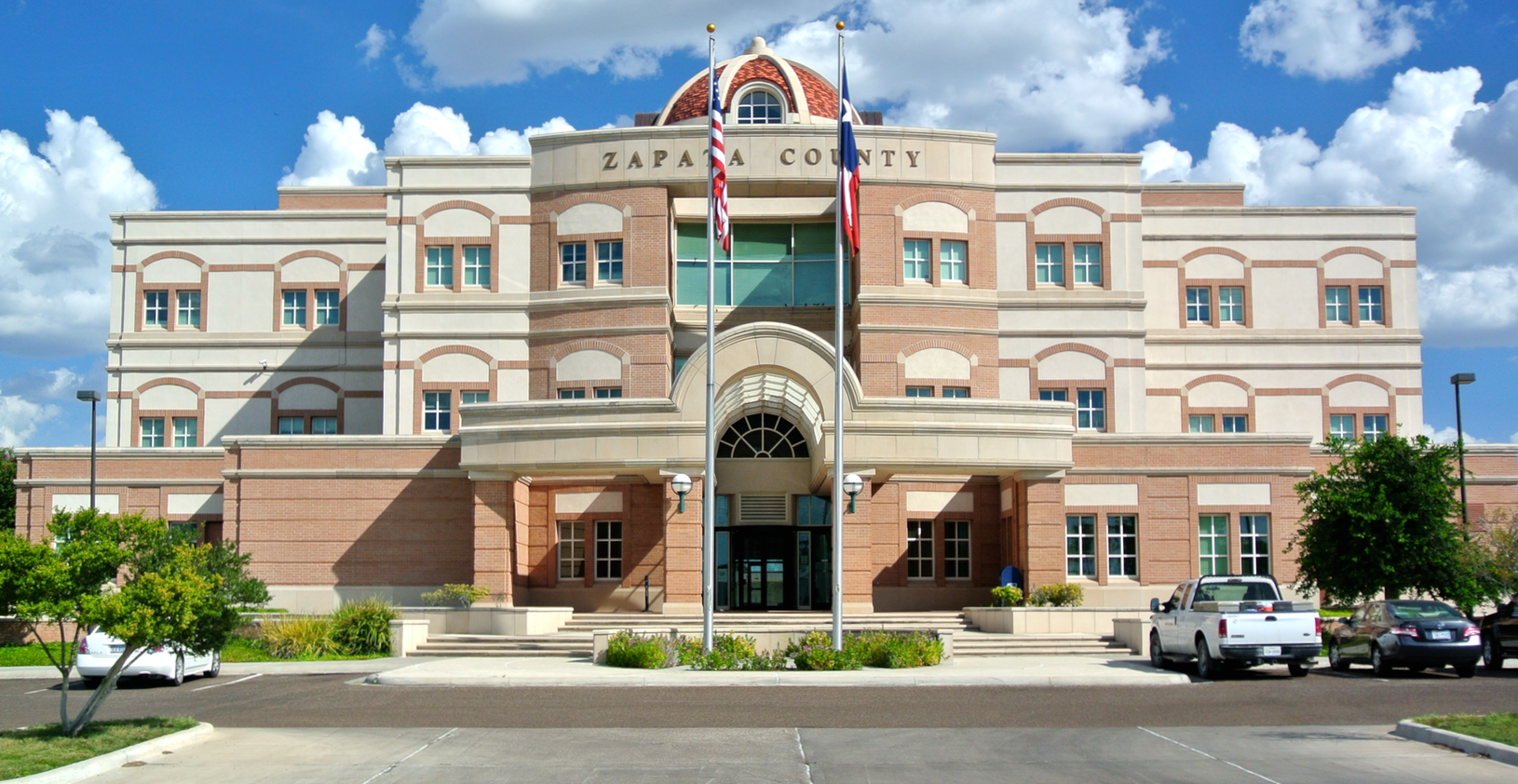 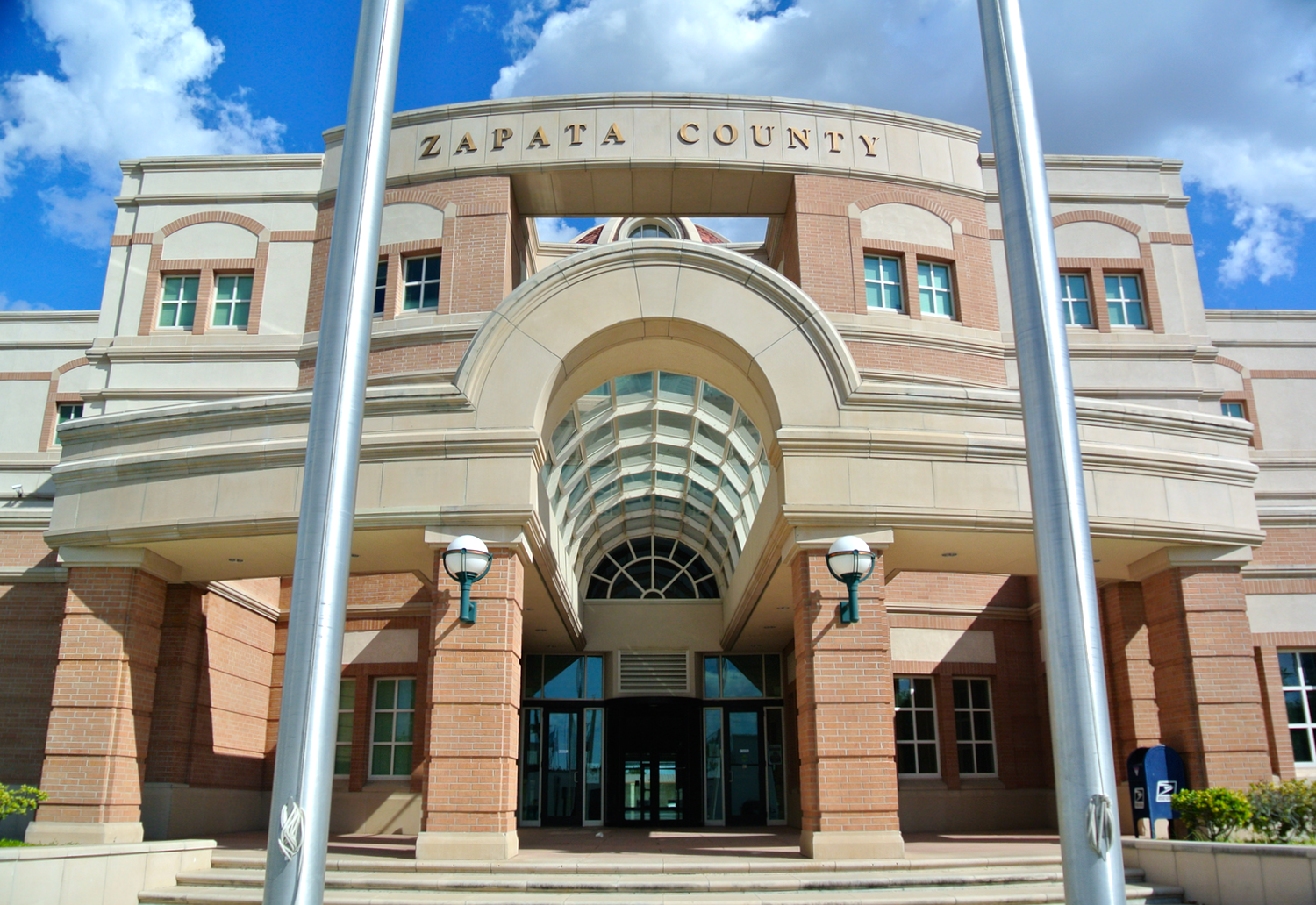 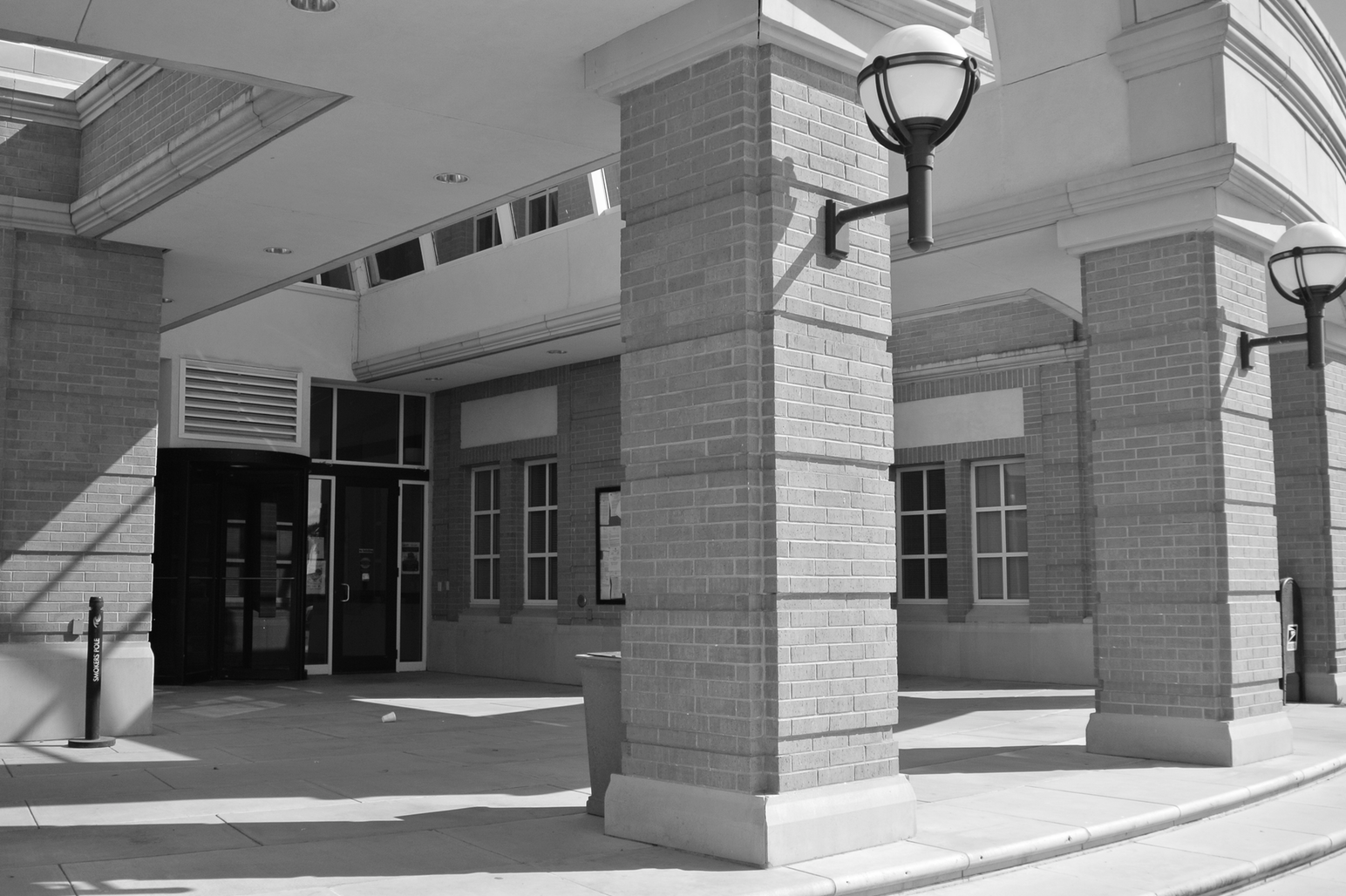 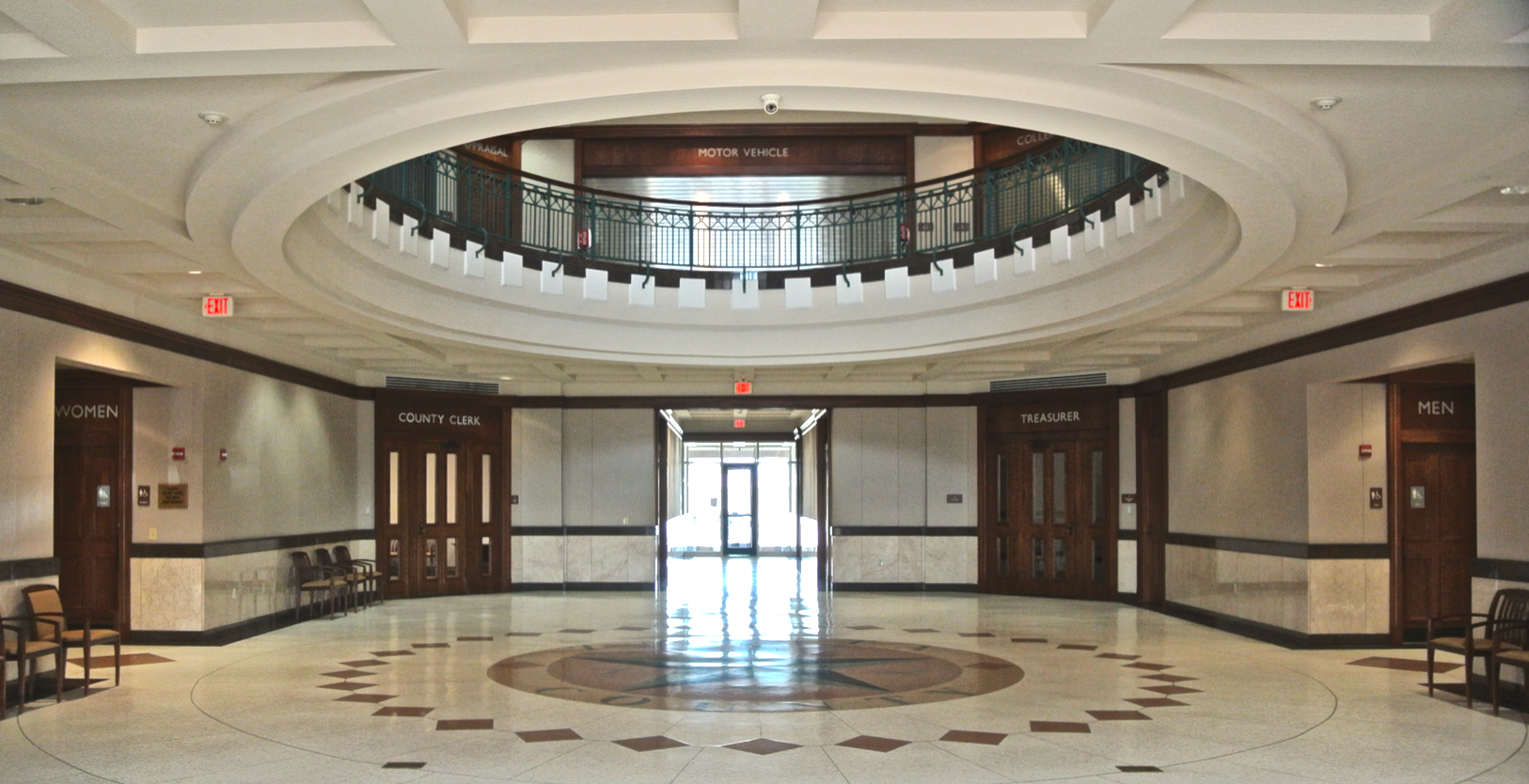 County offices are clearly marked in this entry atrium. 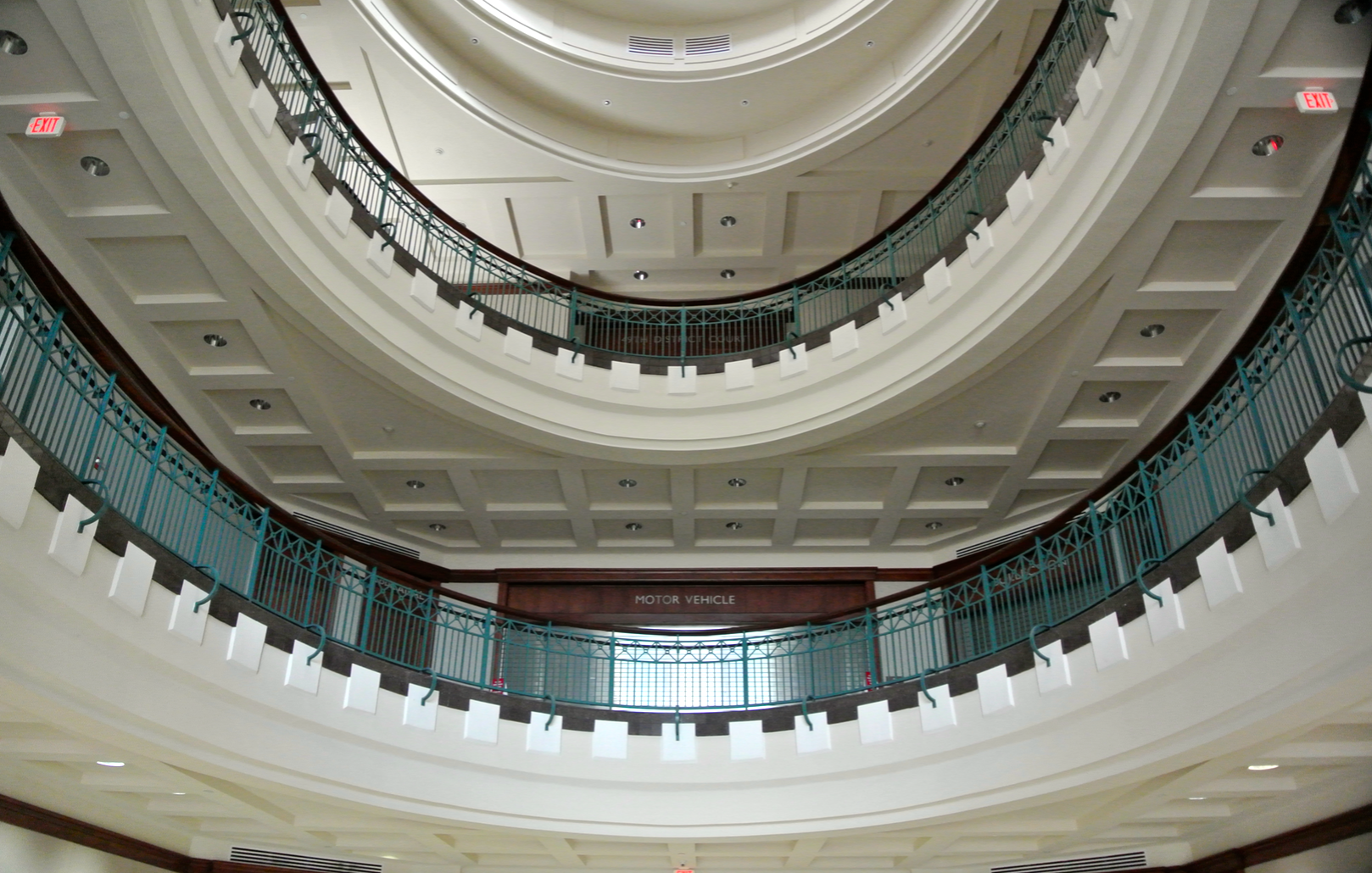 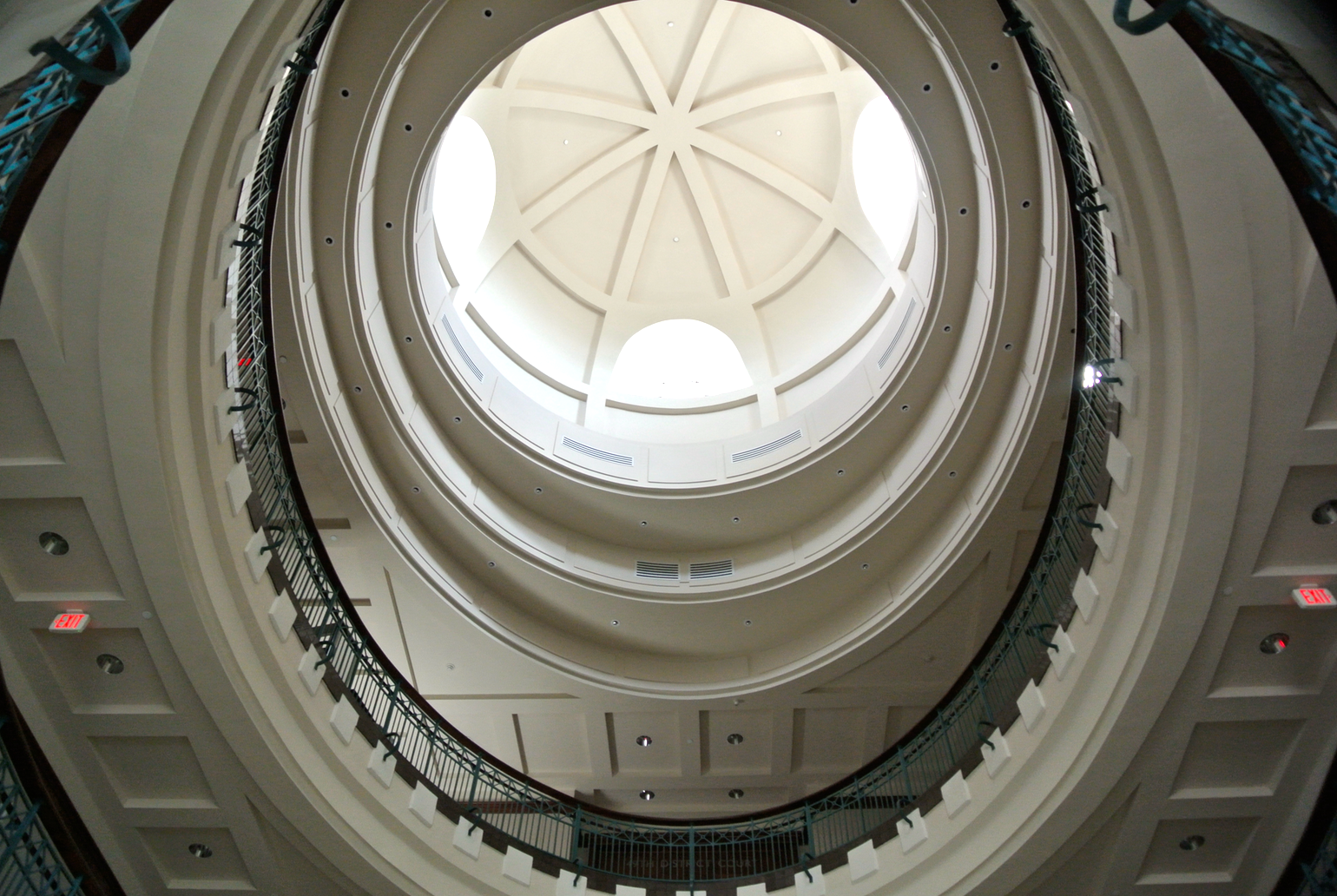 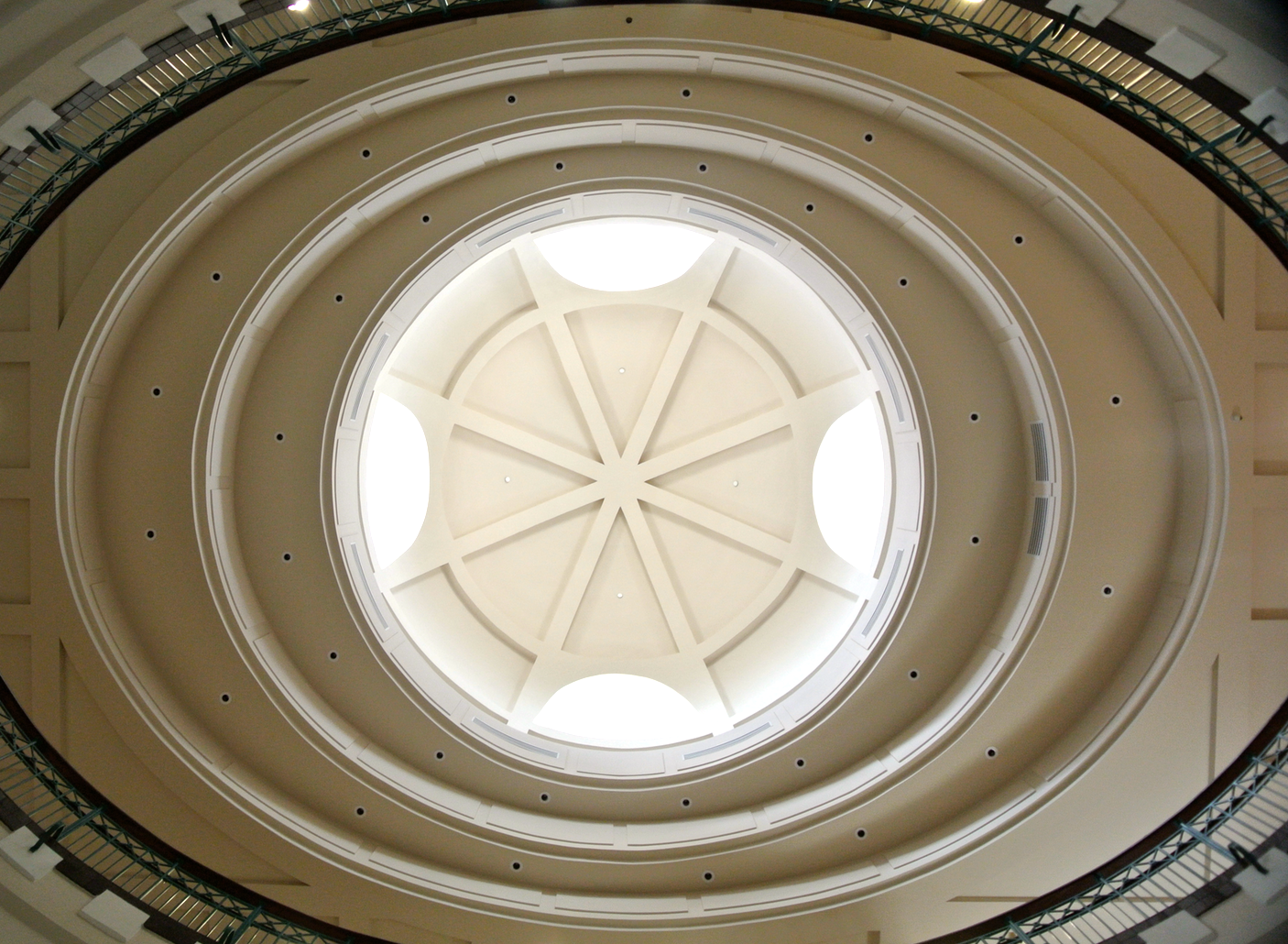 The open ceiling and dome base beyond 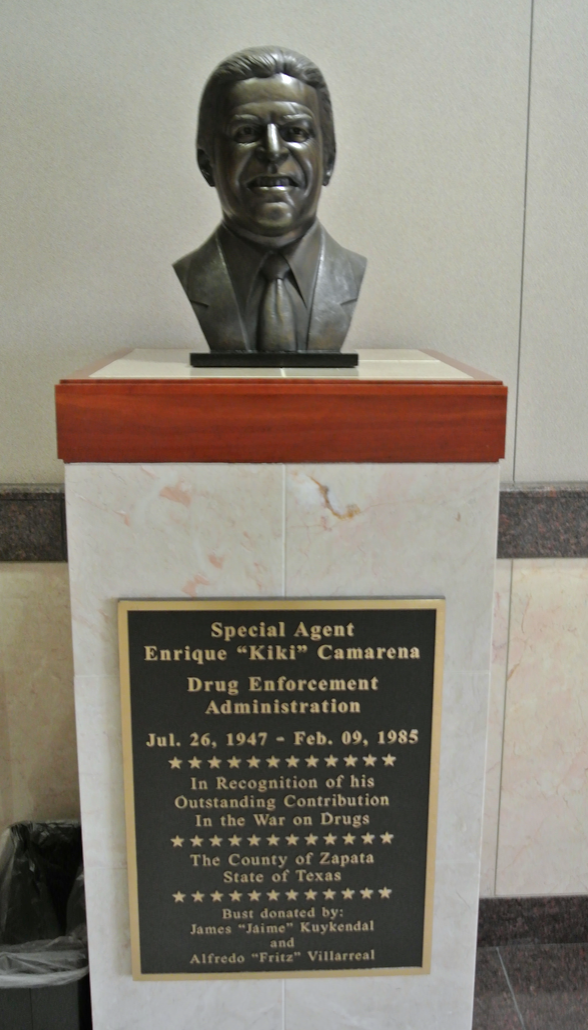 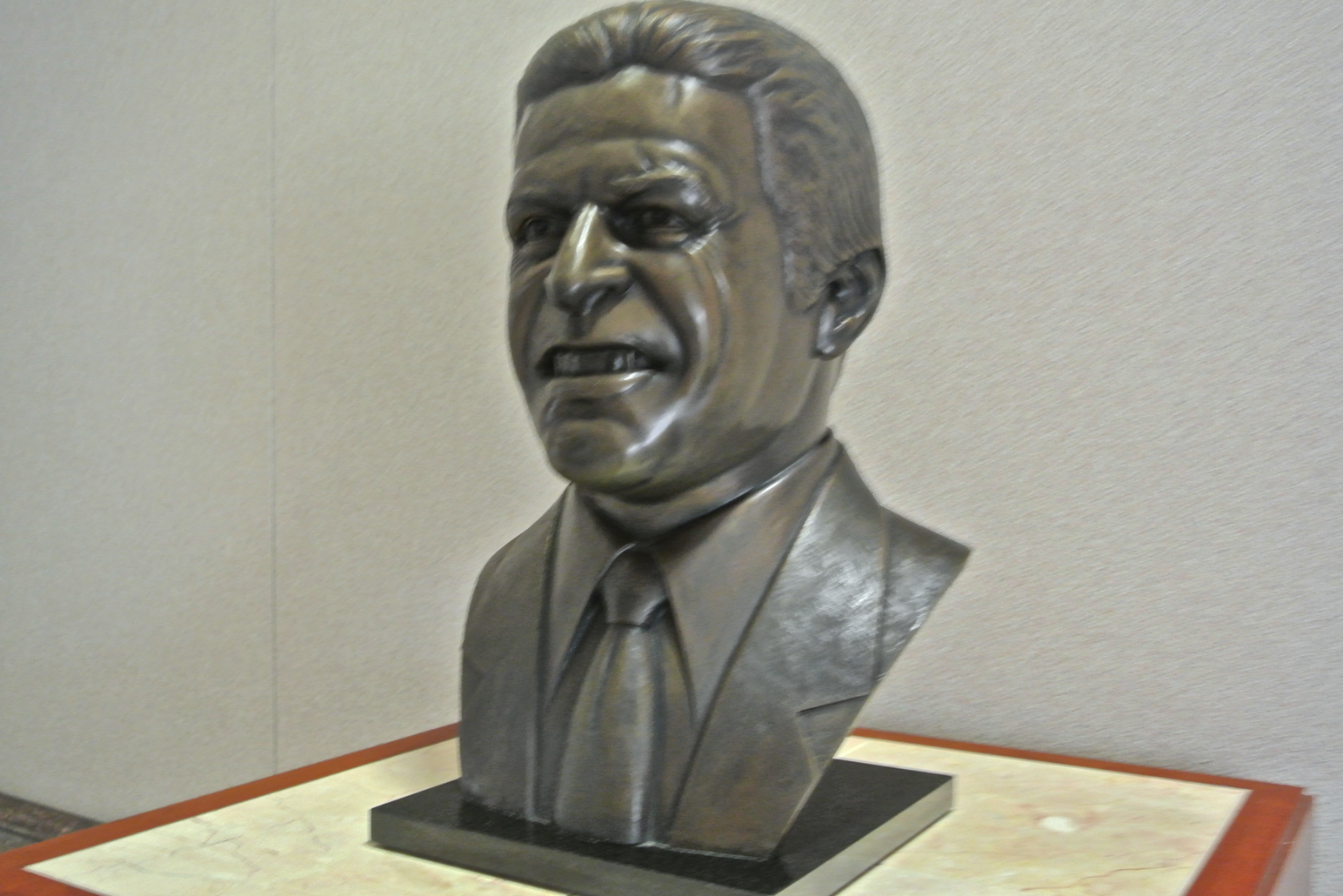 Kiki Camarena, a DEA officer in the area, has a bust to his memory in the entry hall. 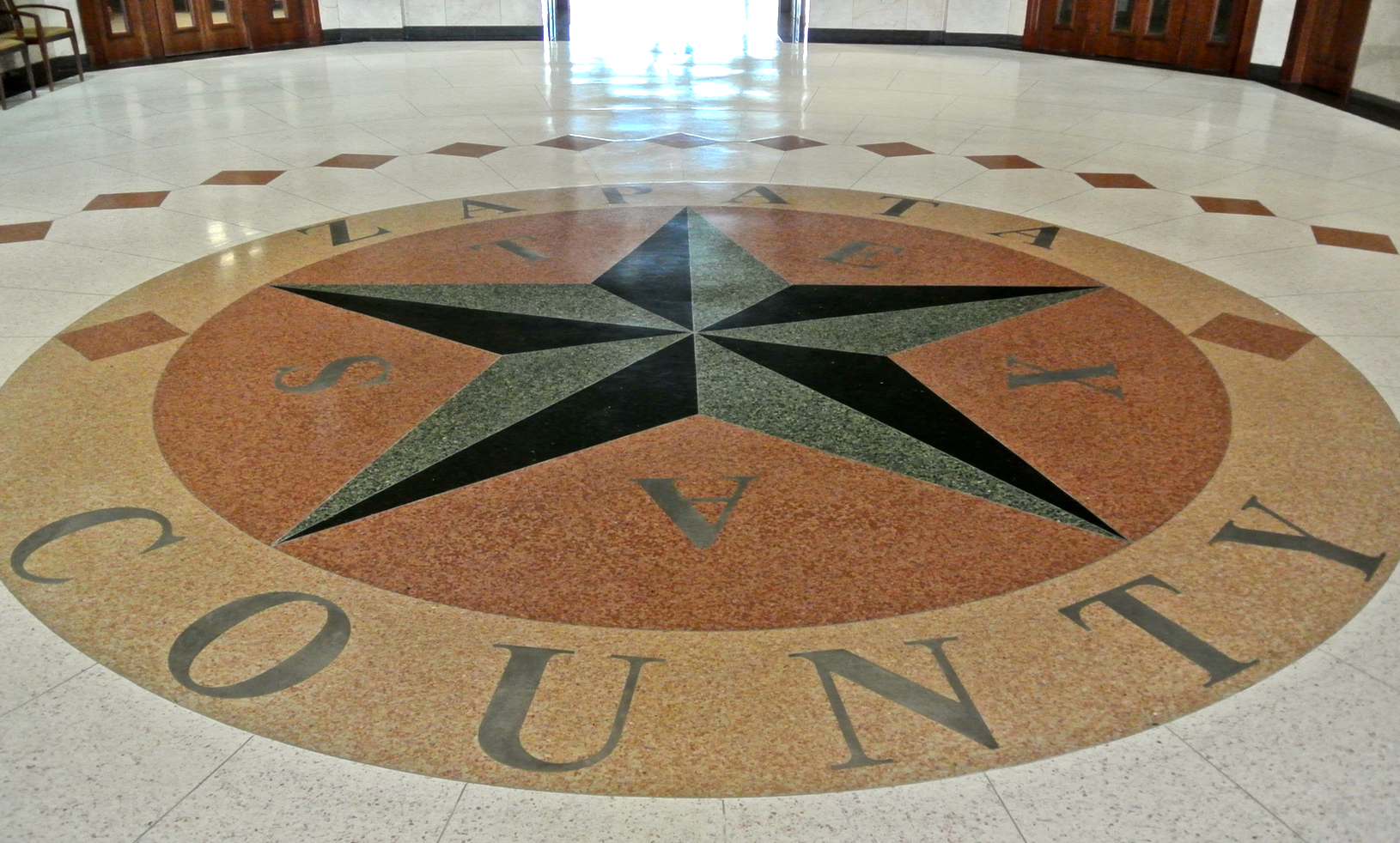 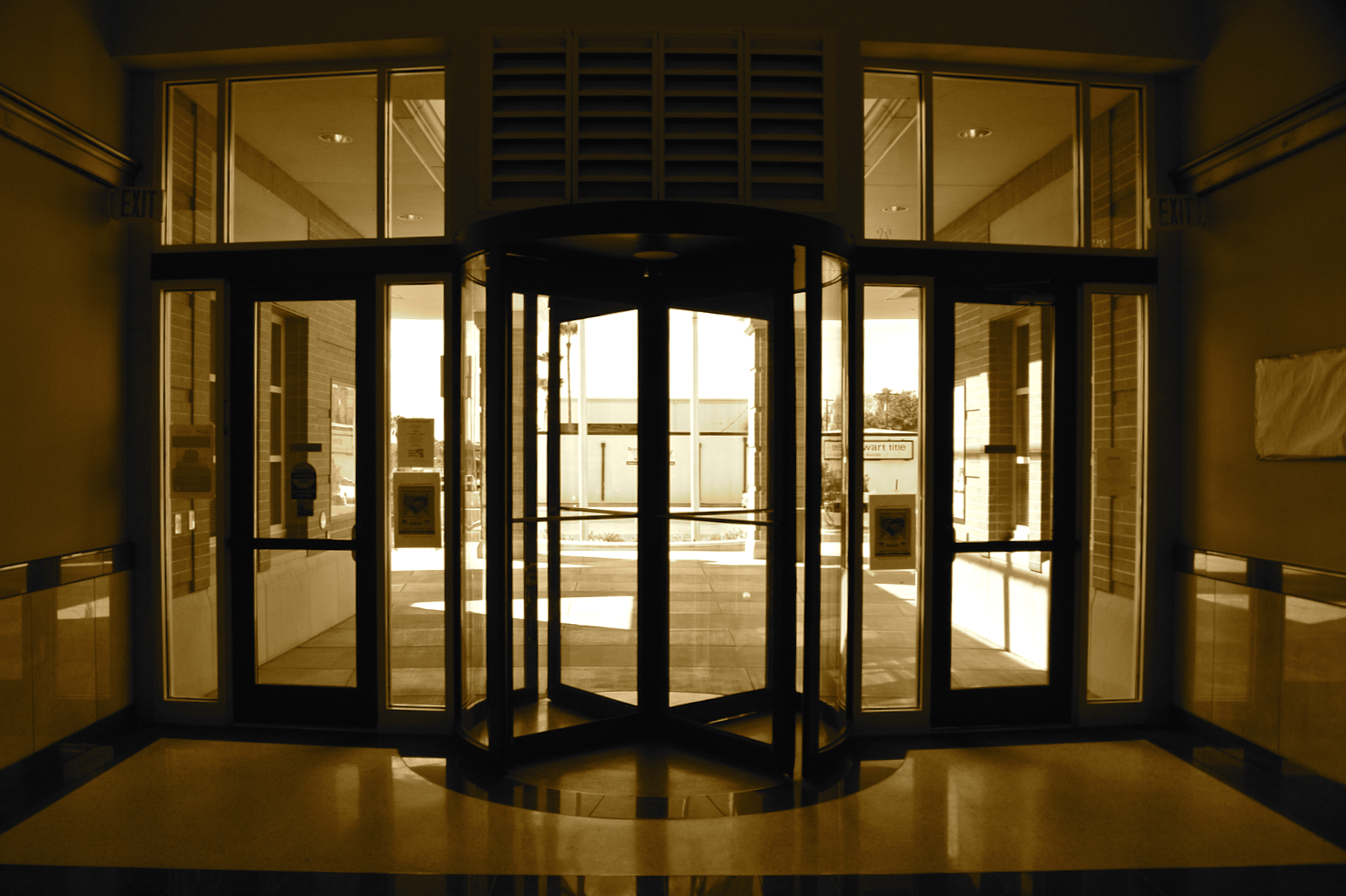 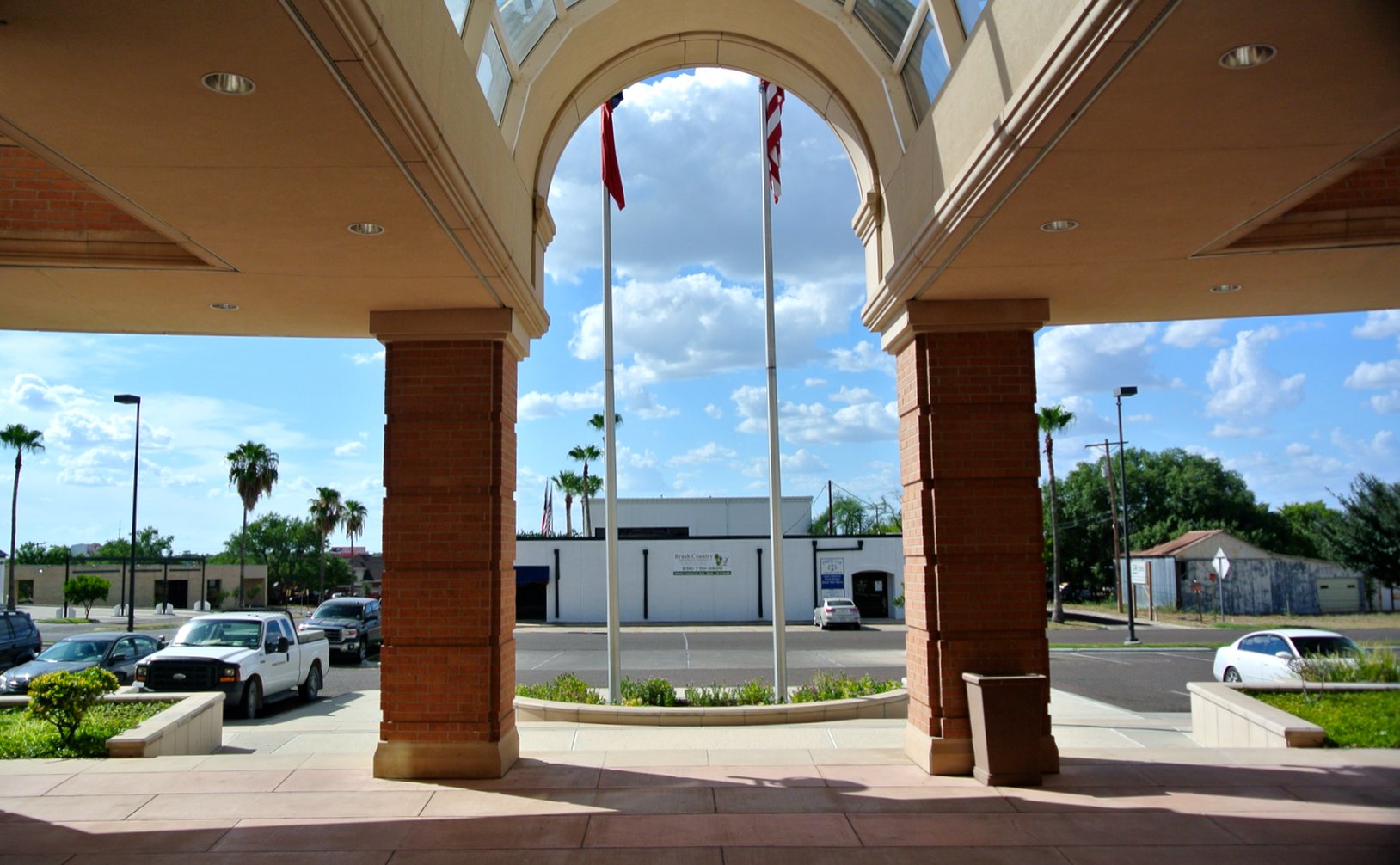 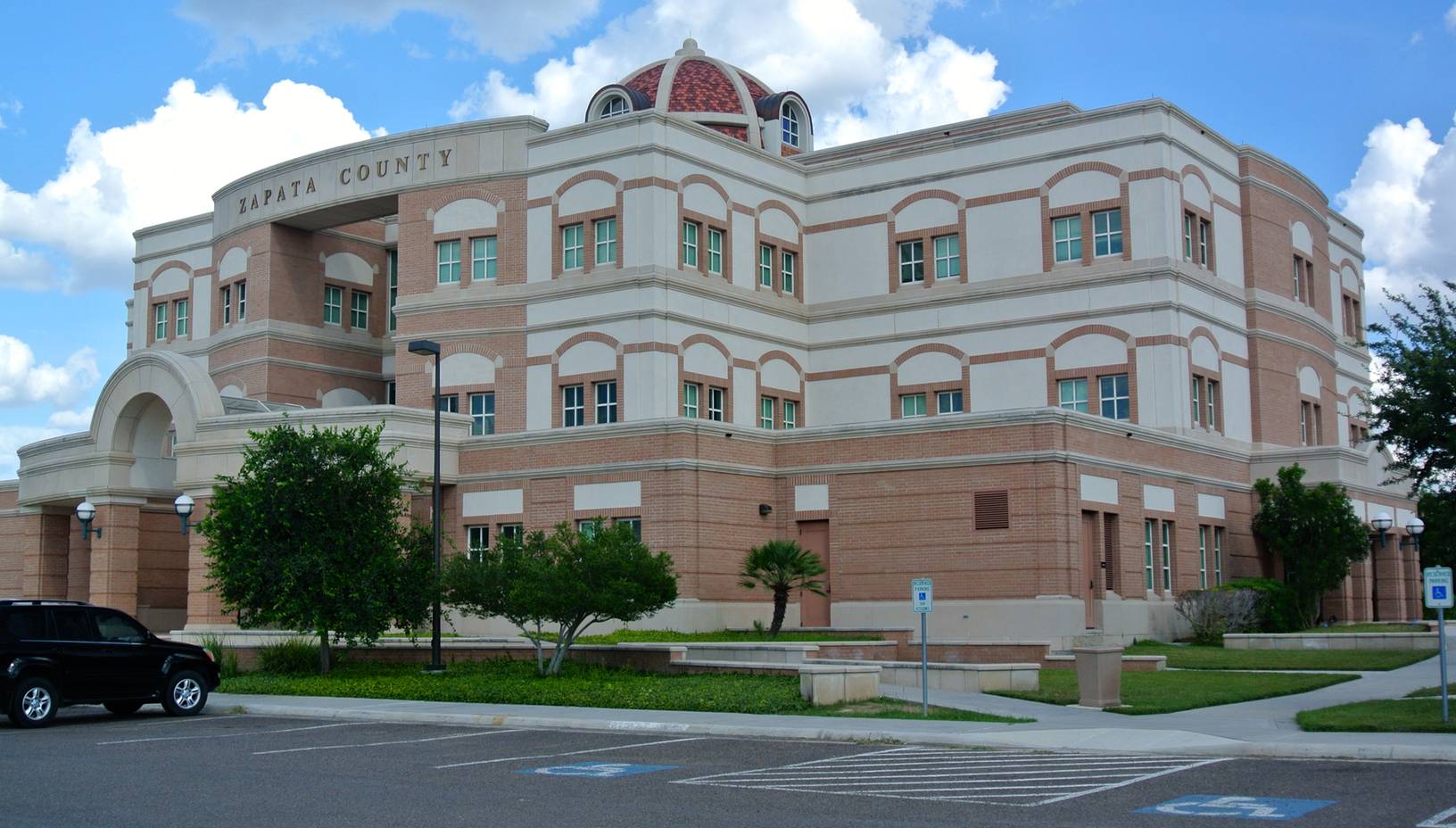 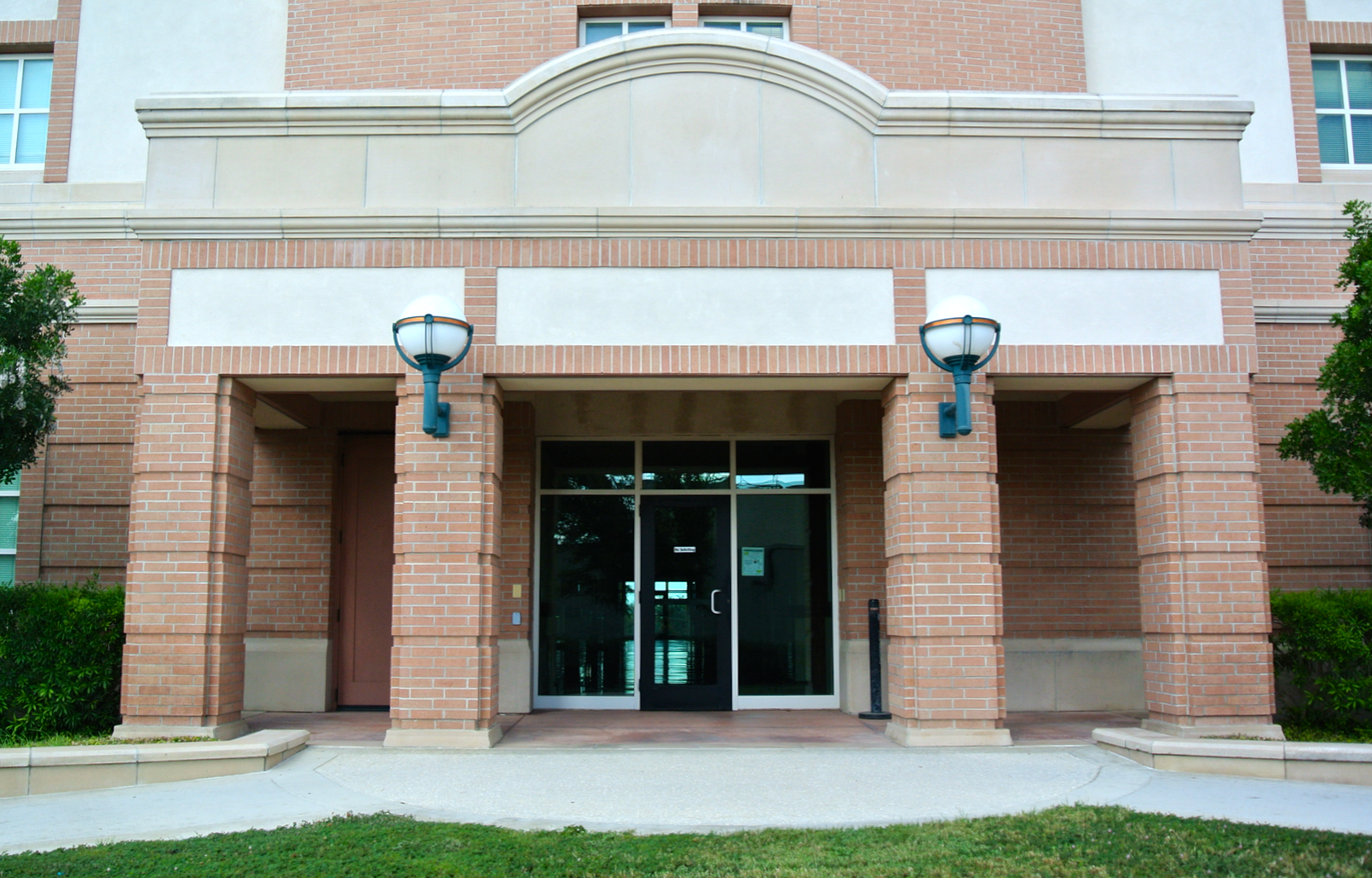 The entrance to the southwest side of the building 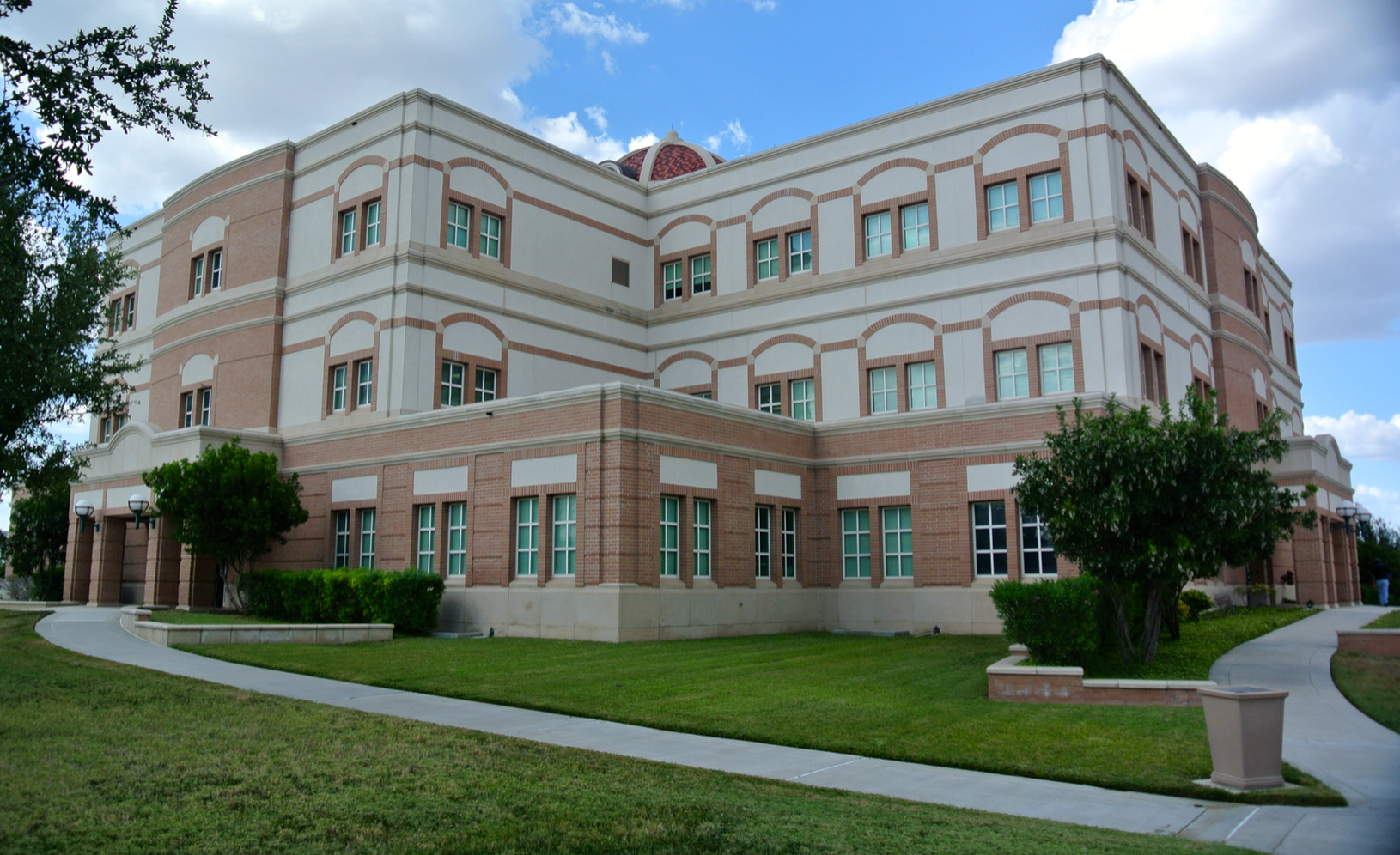 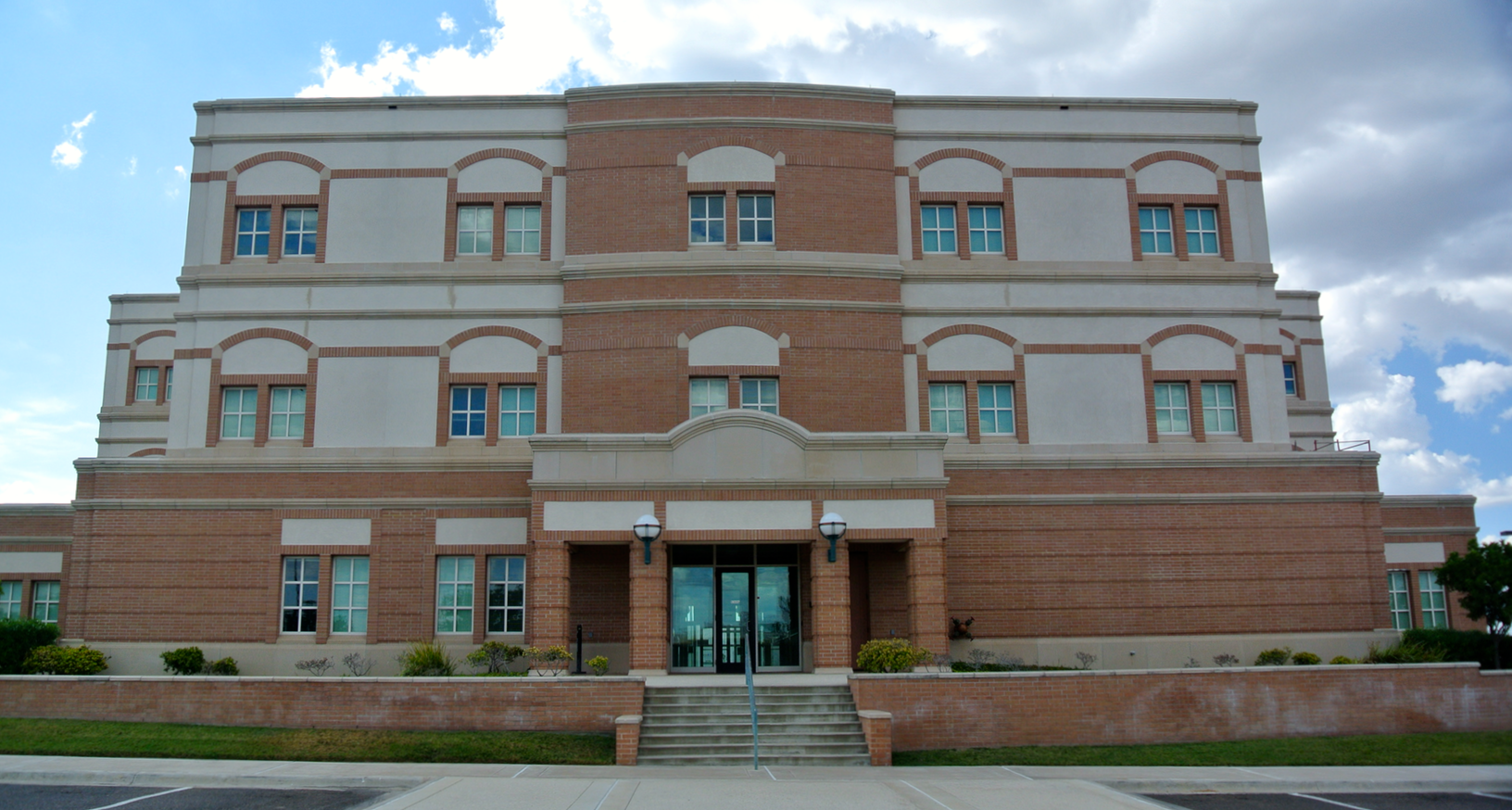 The southeast façade faces a parking lot and 6th Avenue beyond. 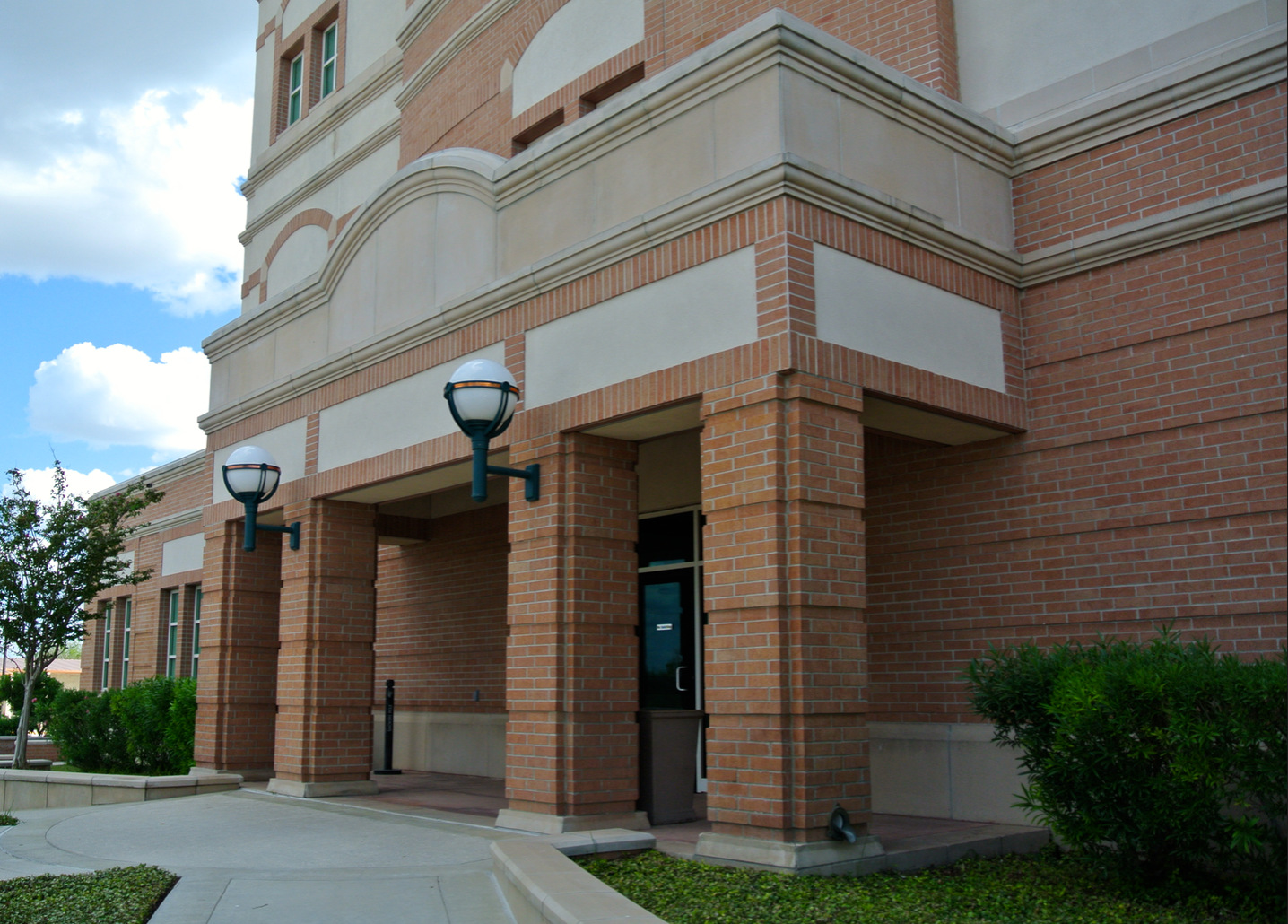 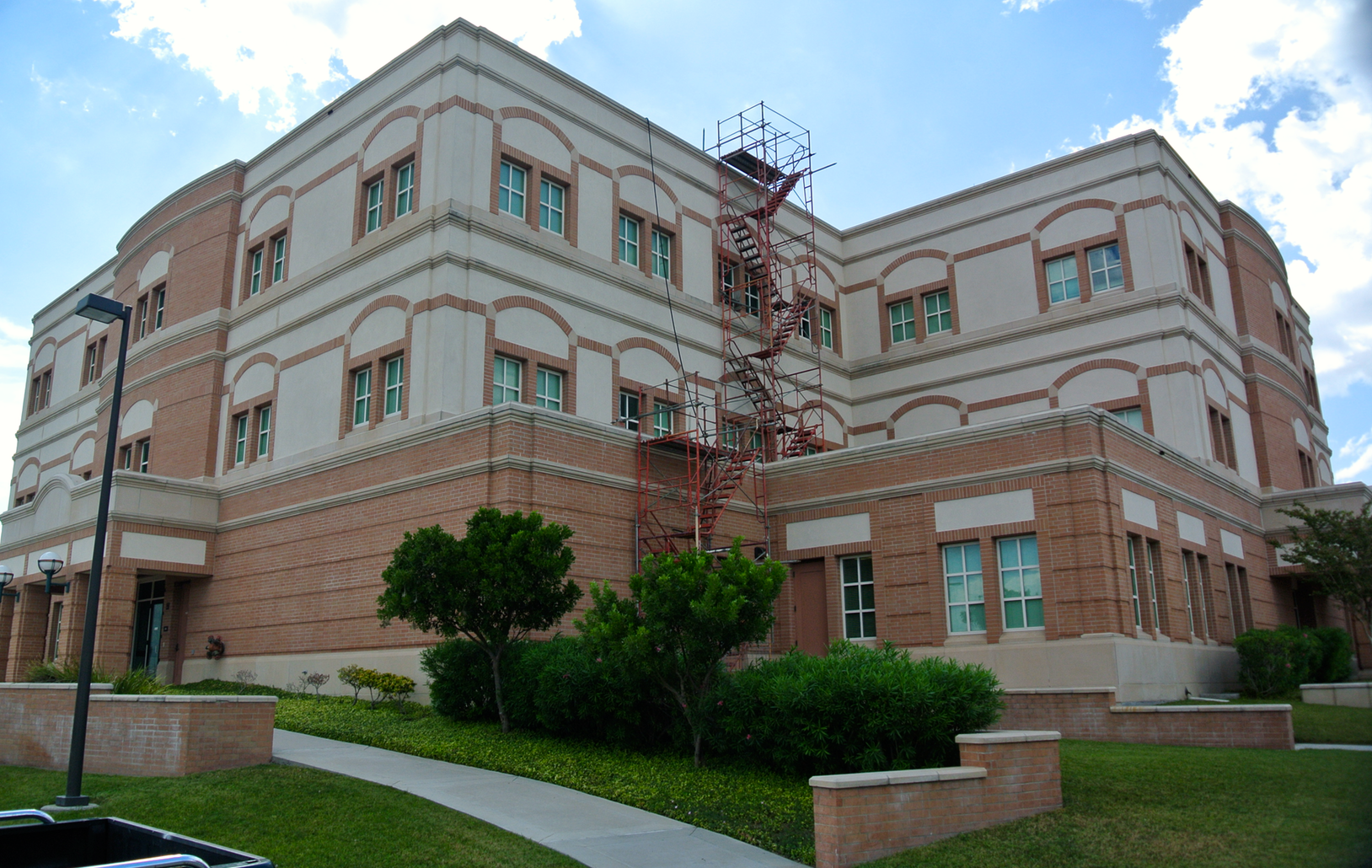 An unfortunate eyesore (whether a fire escape or part of construction, I’m not sure) graces the eastern corner of the courthouse. 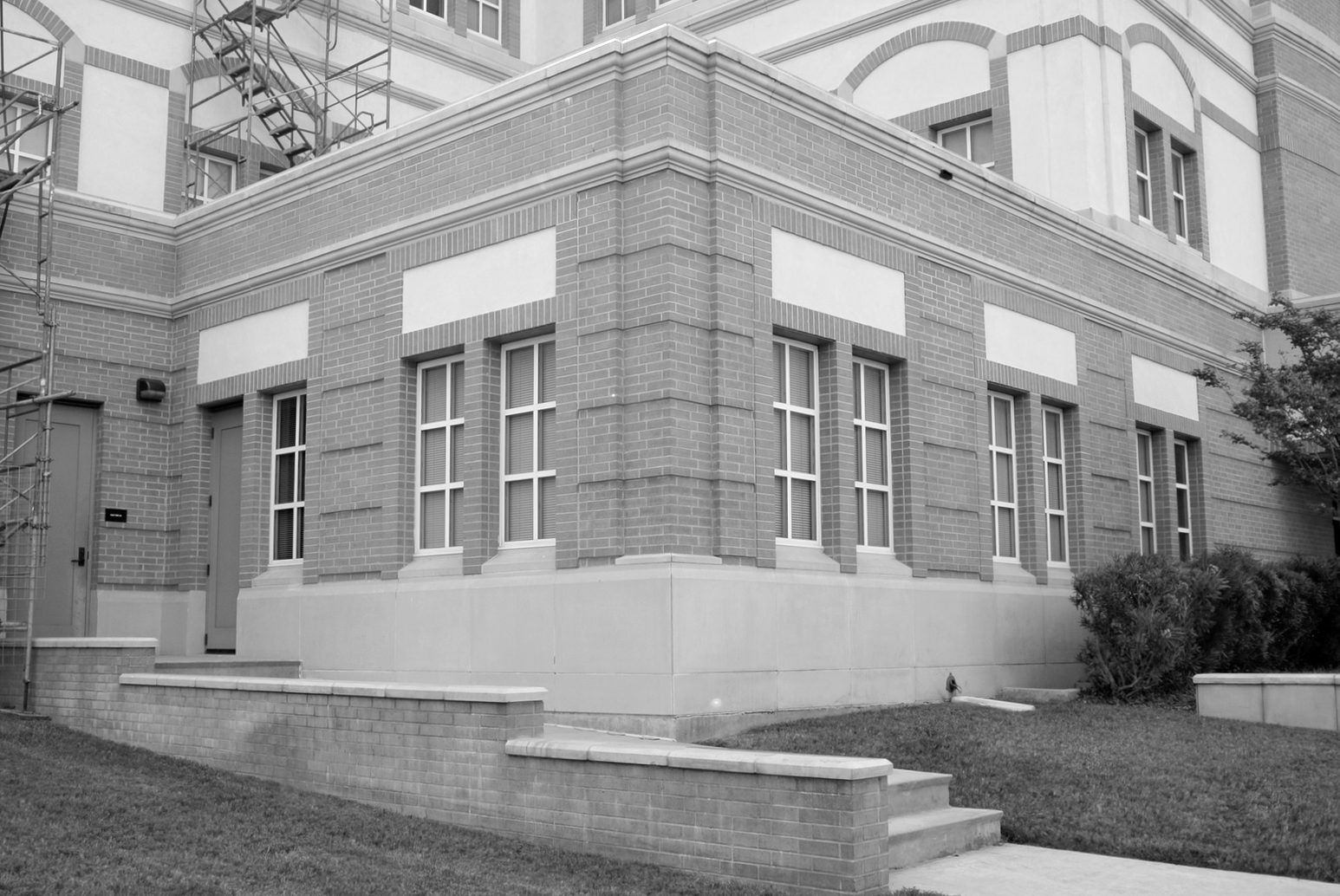 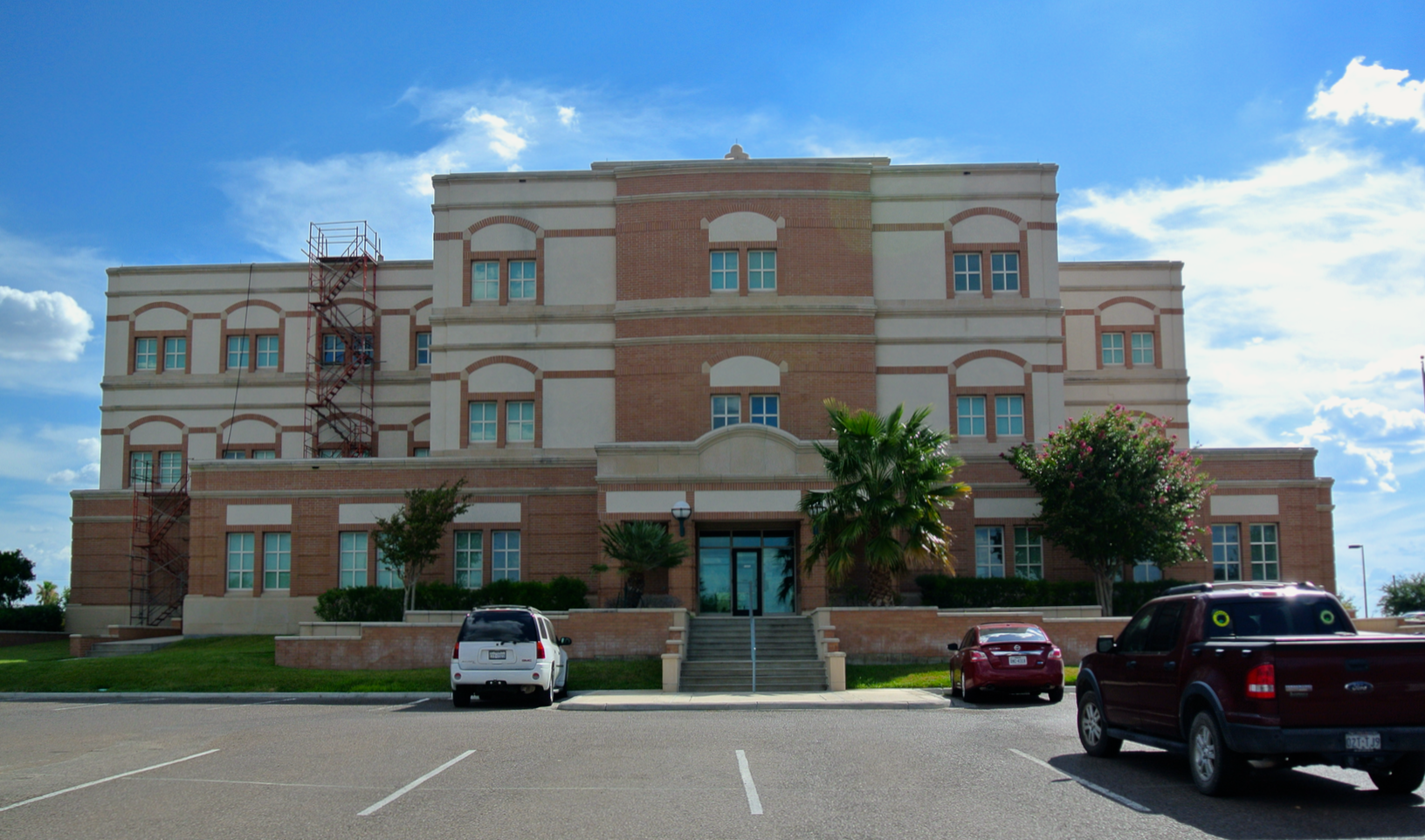 Here’s Glenn Street and the Zapata County plains beyond, as seen from that entrance. 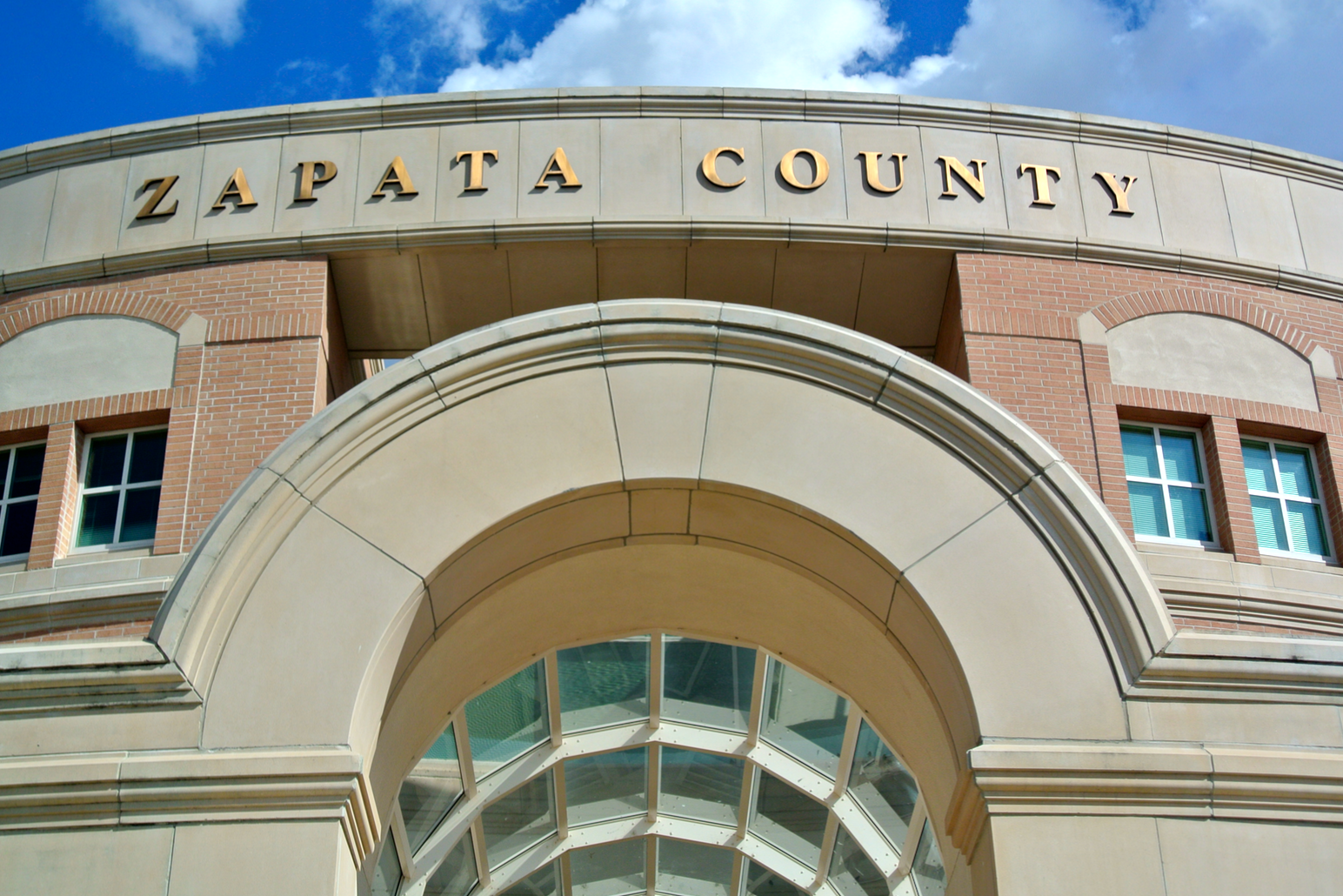 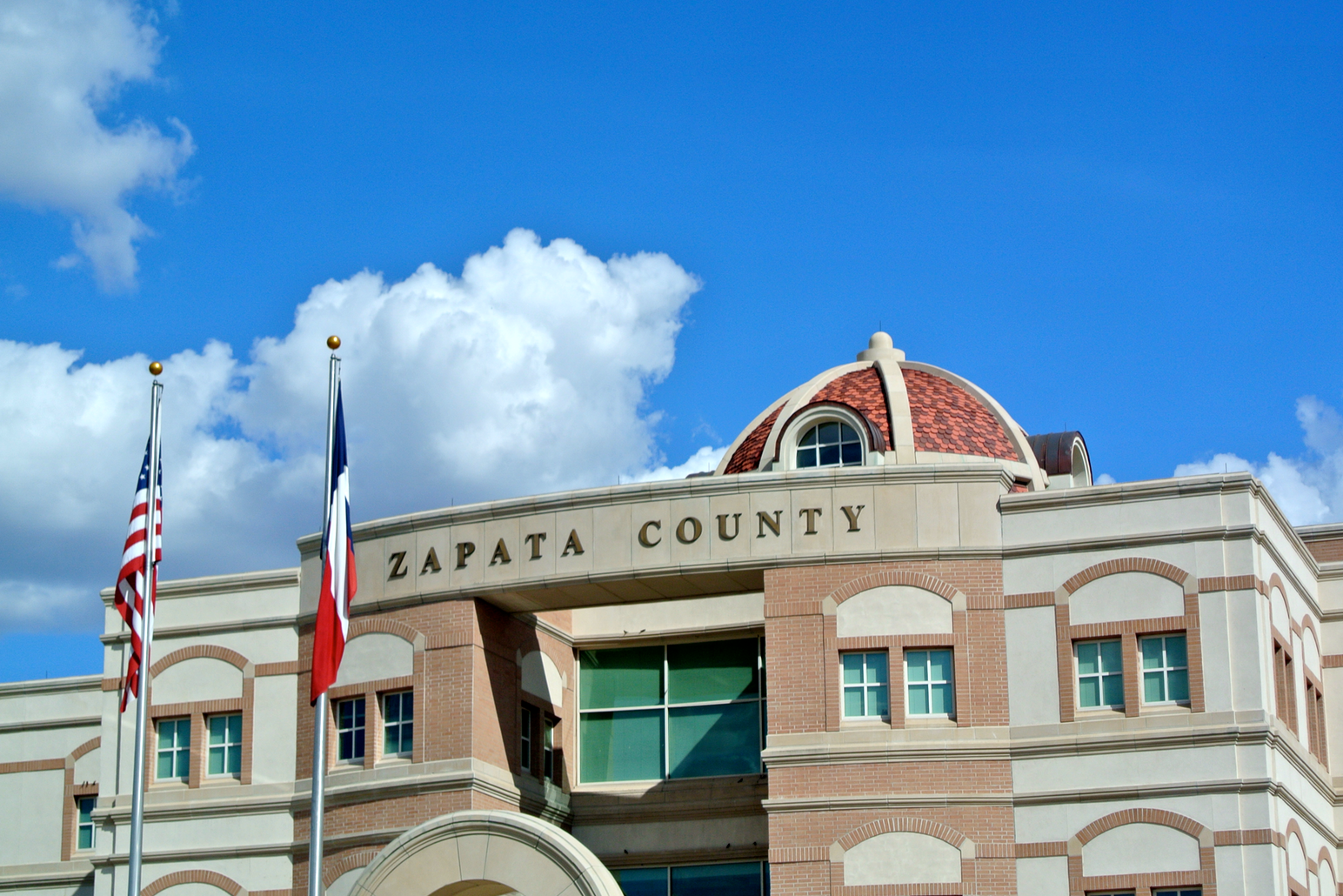 In my opinion, Zapata has one of the most inviting welcome signs I’ve seen. 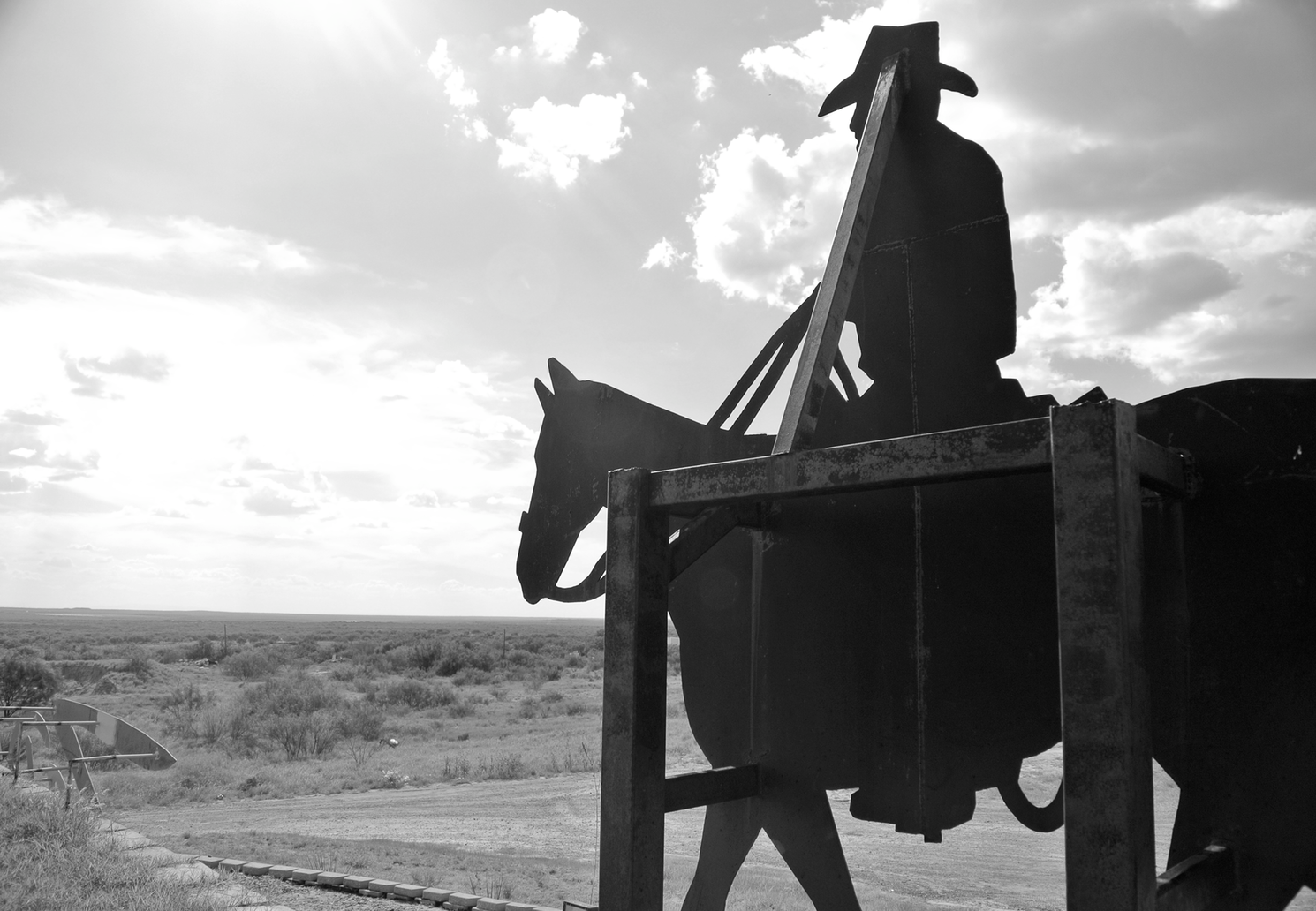 Atop the sign, a lone rider stares out across the Rio Grande to the Tamaulipas plains.

The view is truly spectacular. That’s Mexico you see in the distance.

This is a portion of Falcon Reservoir. Somewhere beneath those waters lies the 1901 courthouse. 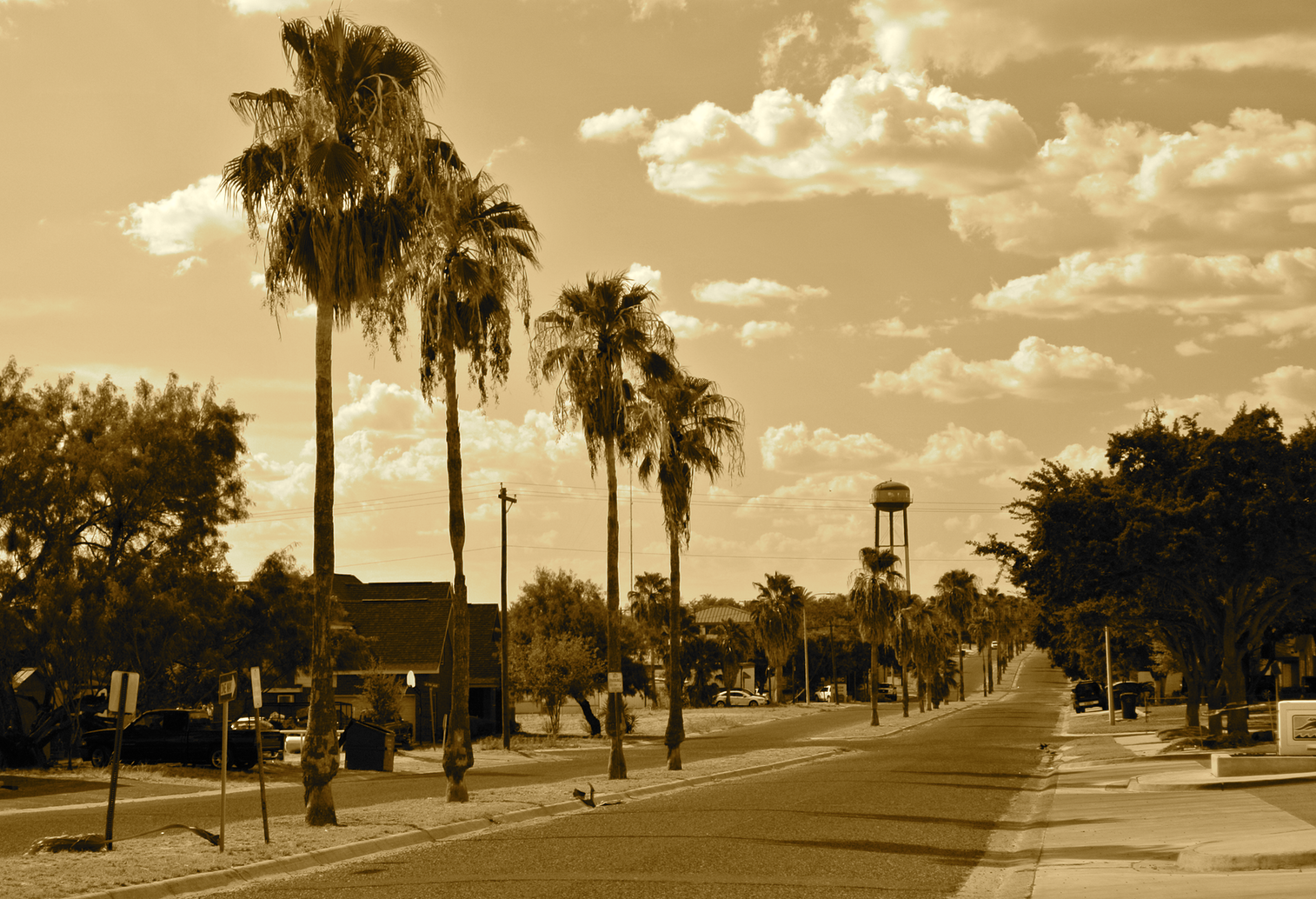