“The rectangular county has an area of 1,298 square miles. The Nueces River drains the central and western region, and the Leona and Frio rivers drain the eastern. Comanche Lake, six miles west of Crystal City, is popular with sportsmen and is believed to be the site of the last Indian raid in Texas. The Carrizo-Wilcox Aquifer, which underlies much of Zavala County, provides water for irrigation and public and industrial uses.”

“Zavala County is in an area of Texas that was disputed territory after the Texas Revolution. The Mexican government and the Republic of Texas both laid claim to the land. In an attempt to reinforce the choice of the Rio Grande as the Texas boundary with Mexico, the state legislature in 1846 established a county between the Nueces River and the Rio Grande and called it Zavala County, named for Lorenzo de Zavala, a Mexican colonist and one of the signers of the Texas Declaration of Independence.”

“Until 1858 the area was attached to the municipality of San Antonio, then to Kinney County, and later to Maverick County. In 1858, when the county was organized, the name was misspelled “Zavalla” by the legislature. A bill entitled “knocking the `L’ out of Zavalla” was introduced and passed in the Texas legislature in 1906, but was rejected by the federal government. Not until 1929 was the mistake corrected.”

“Early settlement of the county also began along the Upper Presidio Road at Murlo (1871), a family-run trading post in northwest Zavala County, and at the ranching community of Cometa (1872) in southeastern Zavala County. The population in 1880 was 410, and the county seat, Batesville, was a town of only thirty-eight inhabitants.” 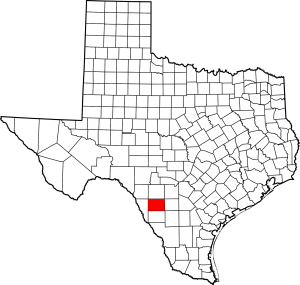 “In 1884 the discovery of the first of many artesian wells in the area opened up the possibility of more intense farming in Zavala County. The number of farms jumped from twenty-one in 1880 to 145 in 1890. By the turn of the twentieth century Zavala County was gaining a reputation for fertile soil, mild climate, and an abundance of pure water; ranchers recognized the potential for irrigated farming on their land and speculated about future farming communities.”

“By 1930 Crystal City was overwhelmingly composed of Mexican Americans and was larger than Eagle Pass, Uvalde, Kerrville, or New Braunfels. Although many of the Hispanic residents were seasonal migrants, the certainty of work during the winter prompted most of them to return to Crystal City in the fall.”

“In the 1920s and 1930s boss rule, a political patronage system, was widely practiced and caused a failed attempt by Crystal City to supplant Batesville as county seat in 1926. Greater attention to controlling Mexican-American voters in 1928 provided Crystal City’s margin of victory (978 to 446) in a county-seat election. Accusations of illegal and improper voting led to one indictment, but the accused was later acquitted.”

“A new crop emerged at this time [(late 30s, early 40s)]; Zavala County is credited as the first county in Texas to grow flax commercially. Flax production contributed to the development of a cigarette-paper industry (the paper was made of flax straw). A large migrant camp built outside Crystal City by the Work Projects Administration in the late 1930s was converted to an internment camp for Japanese and Germans during World War II (seeWORLD WAR II INTERNMENT CAMPS). In 1942 the San Antonio, Uvalde and Gulf Railroad extended a line north to south, paralleling U.S. Highway 83, through the central part of the county.”

“In 1989 Crystal City hosted its eighth Annual Spinach Festival; celebrants paraded one of the city’s three Popeye statues and proclaimed their community the “Spinach Capital of the World.” The principal crops grown in Zavala County in 1989 were spinach, cotton, pecans, corn, and onions.” 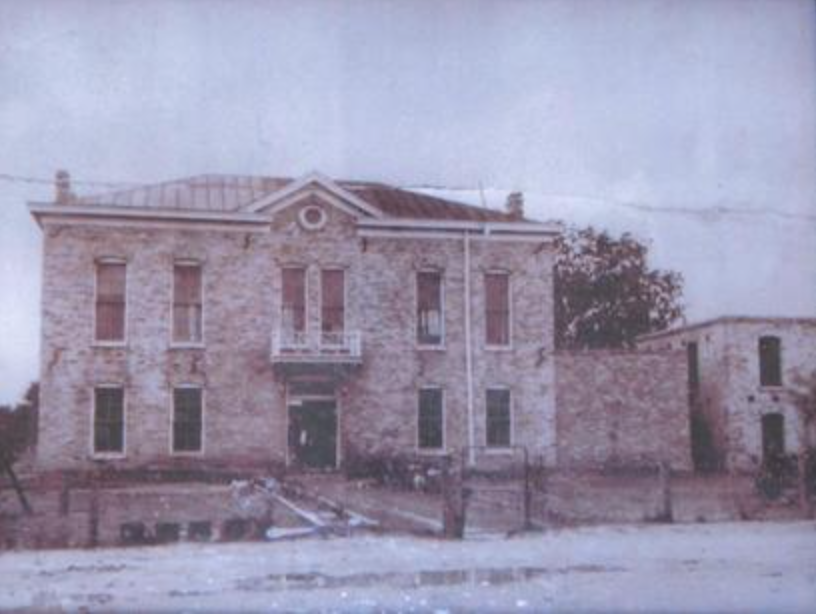 During the cultivation of Zavala County, prominent ranchers Elijah and Ellen Bates allowed a settlement to grow up near their home to become known as Bates City. History knows it better by its later name Batesville. In 1884, the year the county was organized, Batesville was chosen as the county seat and the Bates family donated the land for a courthouse to be built upon.

This structure, on which architectural information is limited, was used until 1928. That year, the county seat was moved to Crystal City. It was used for other purposes until 1947, at which point it was demolished.

Unfortunately, I don’t know much about this one, but it sure looks nice.

The architect was most certainly Henry T. Phelps, and the contractor was named Jacob Banspach. That’s all I can tell you aside from that fact that it doesn’t exist anymore.

This modern creation was designed by Gene P. Hobart and constructed by Clyde Abbott Inc.

There’s not much more to say. 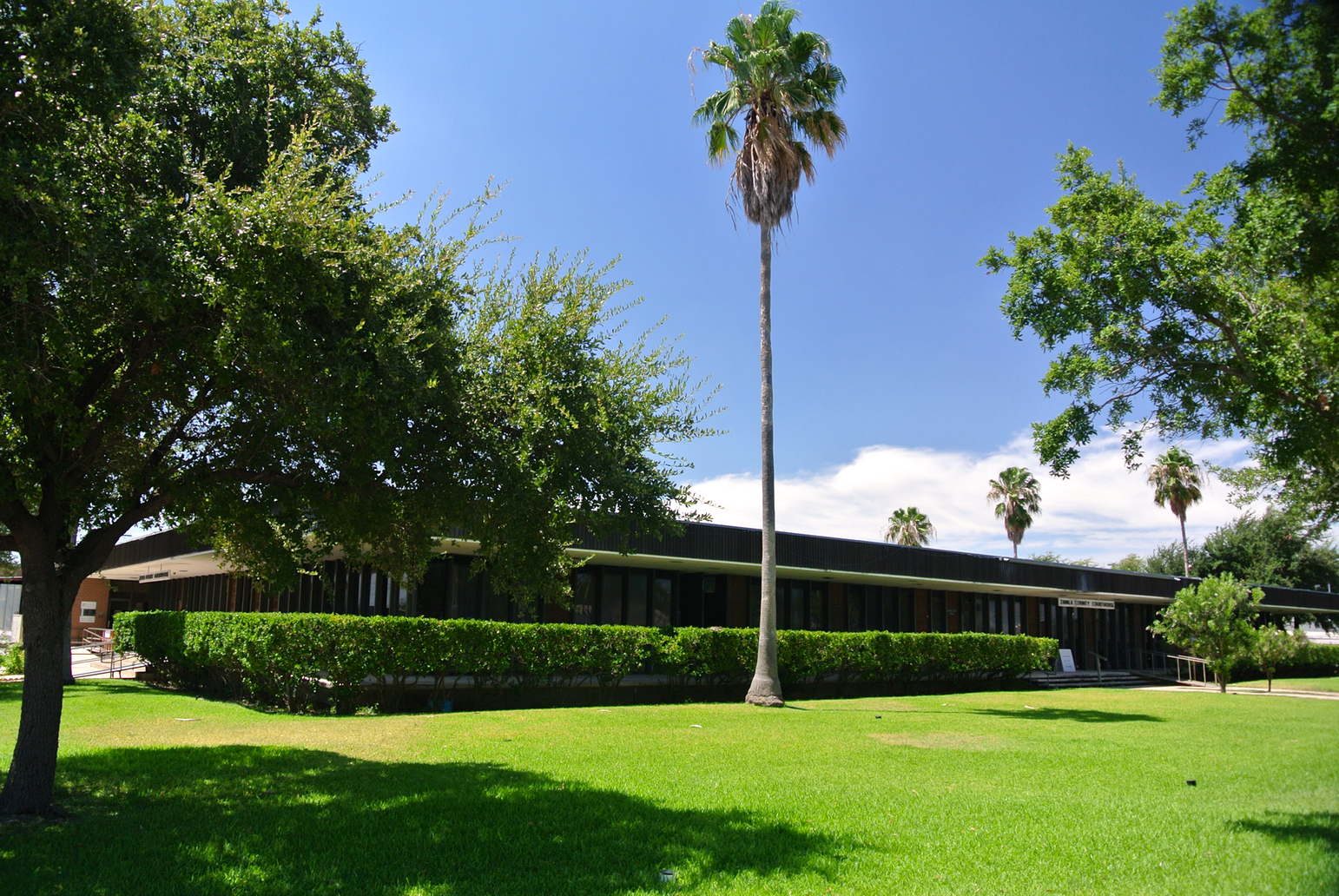 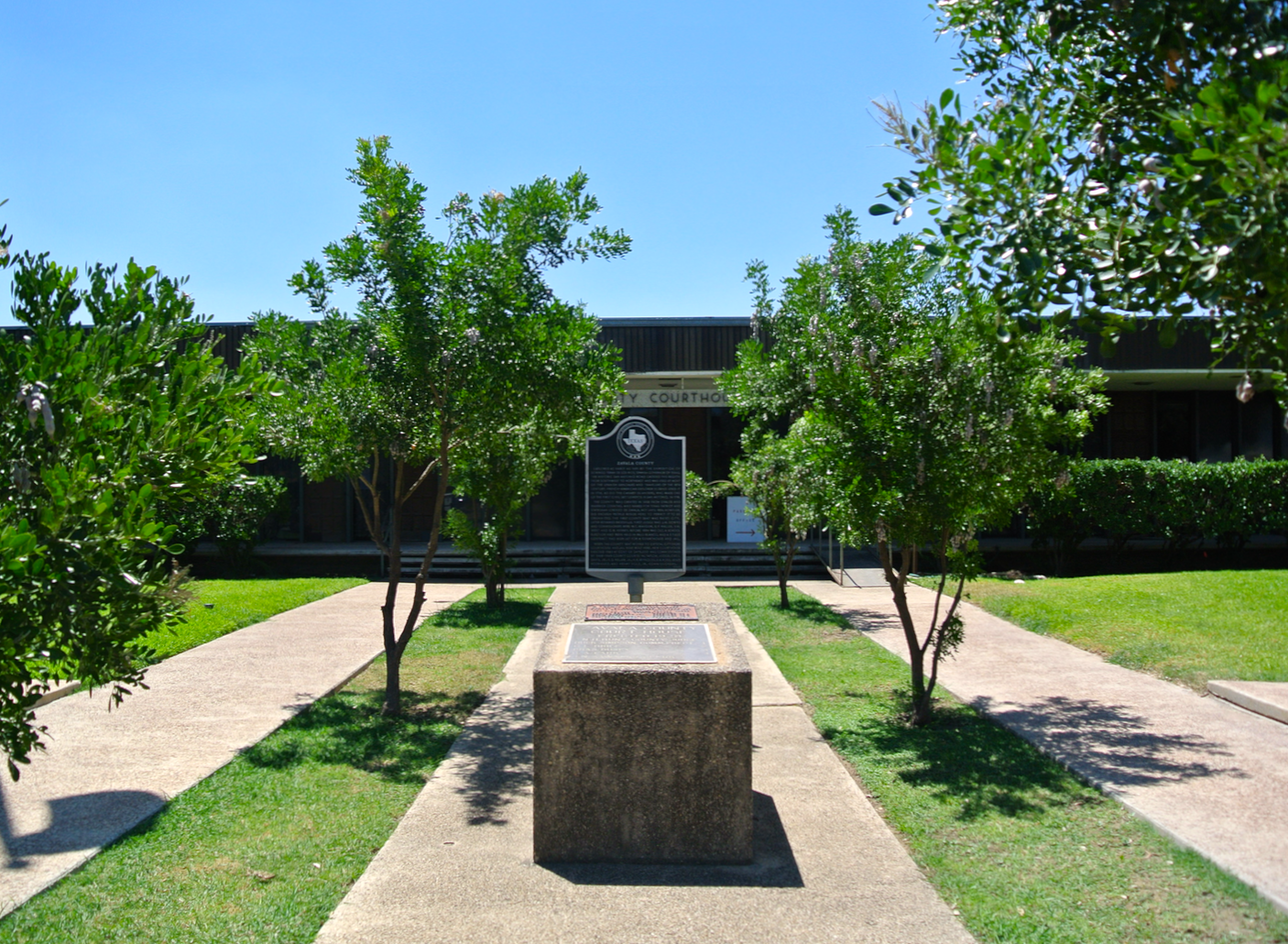 The curious thing about this courthouse is that there is a door for each office located on the exterior of the building. Zavala County is in tune with its citizens’ need for easy accessibility, I guess. 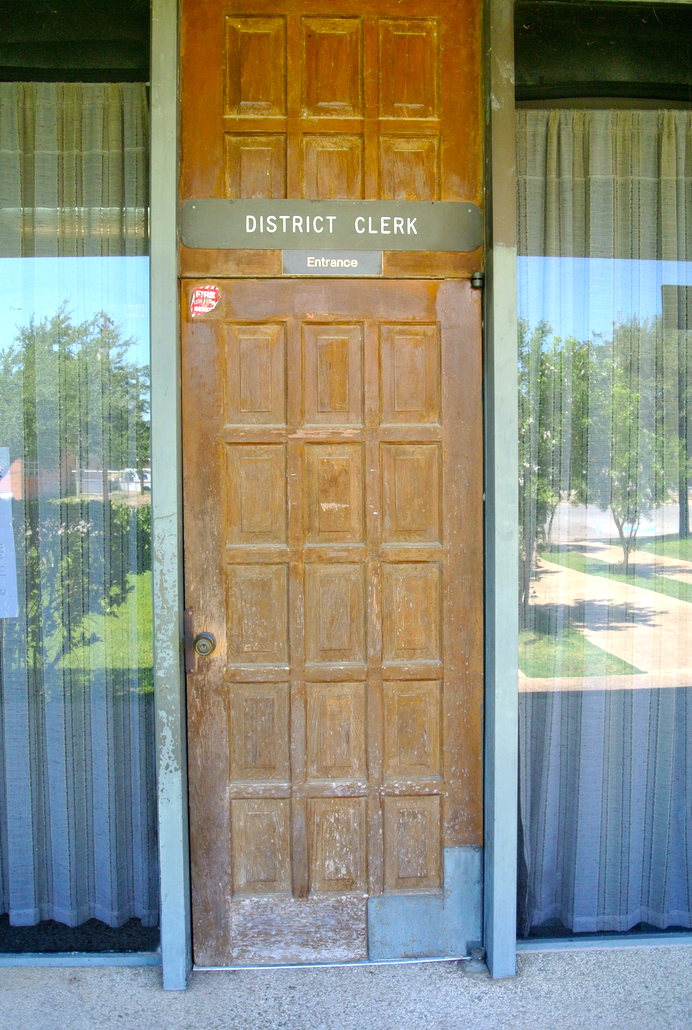 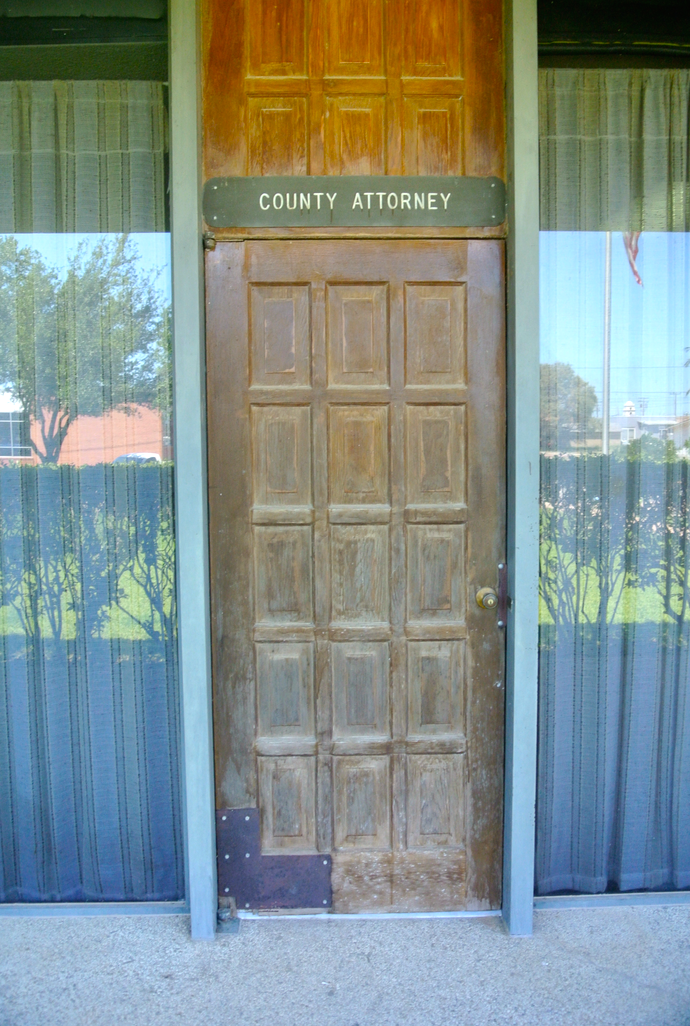 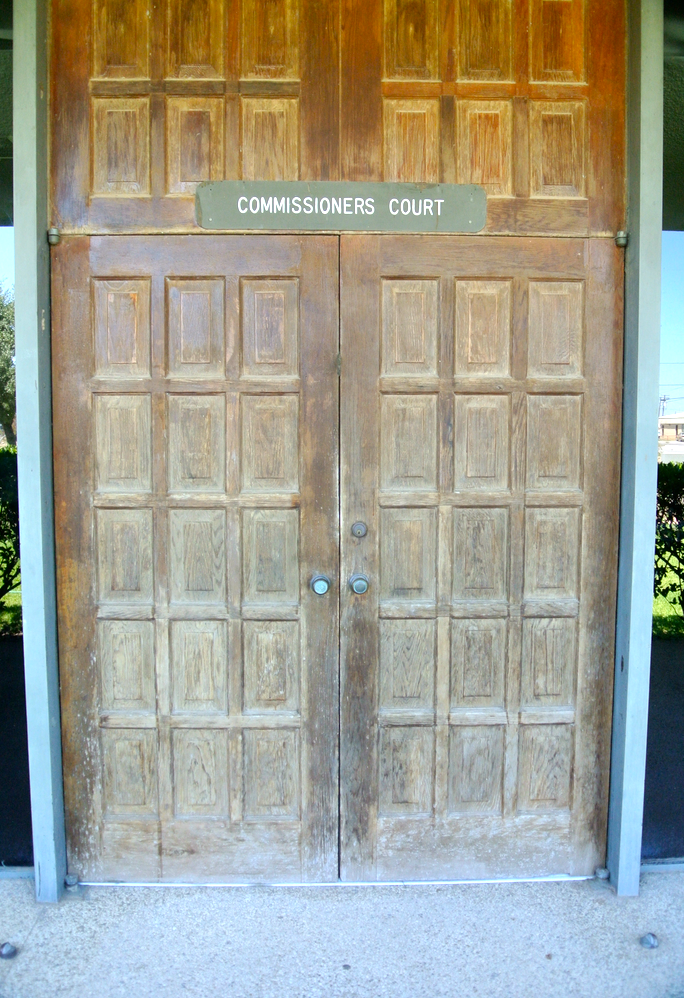 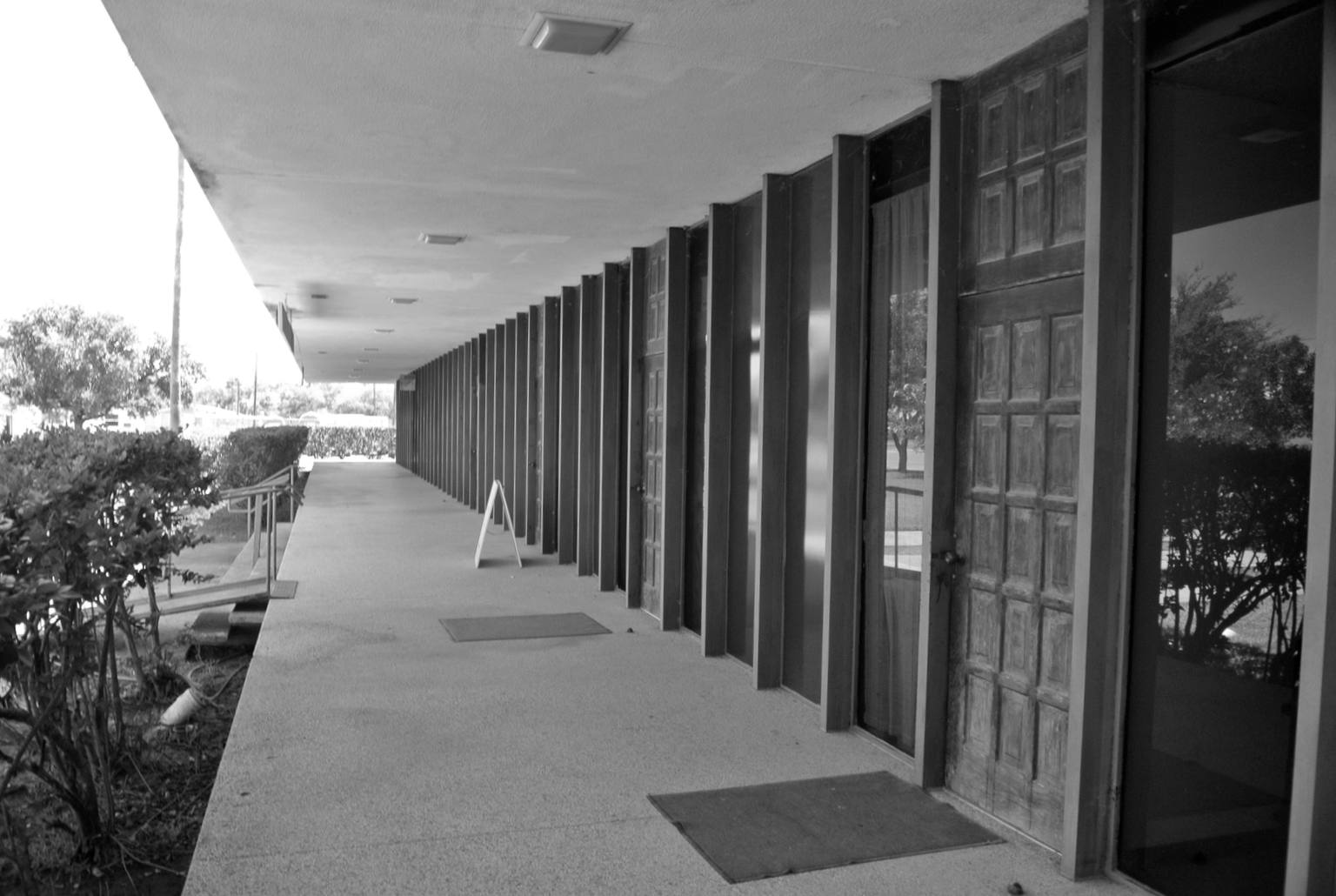 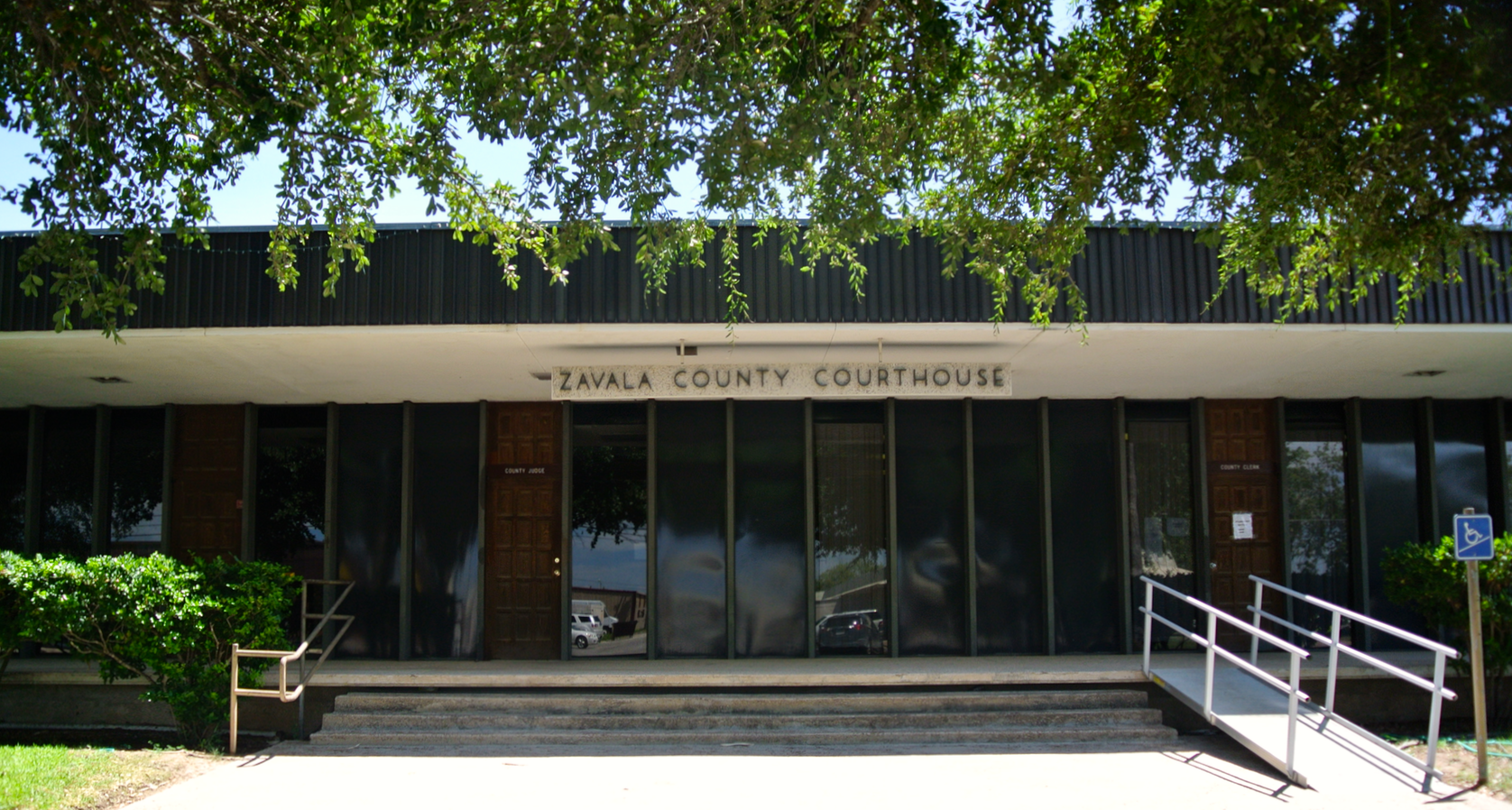 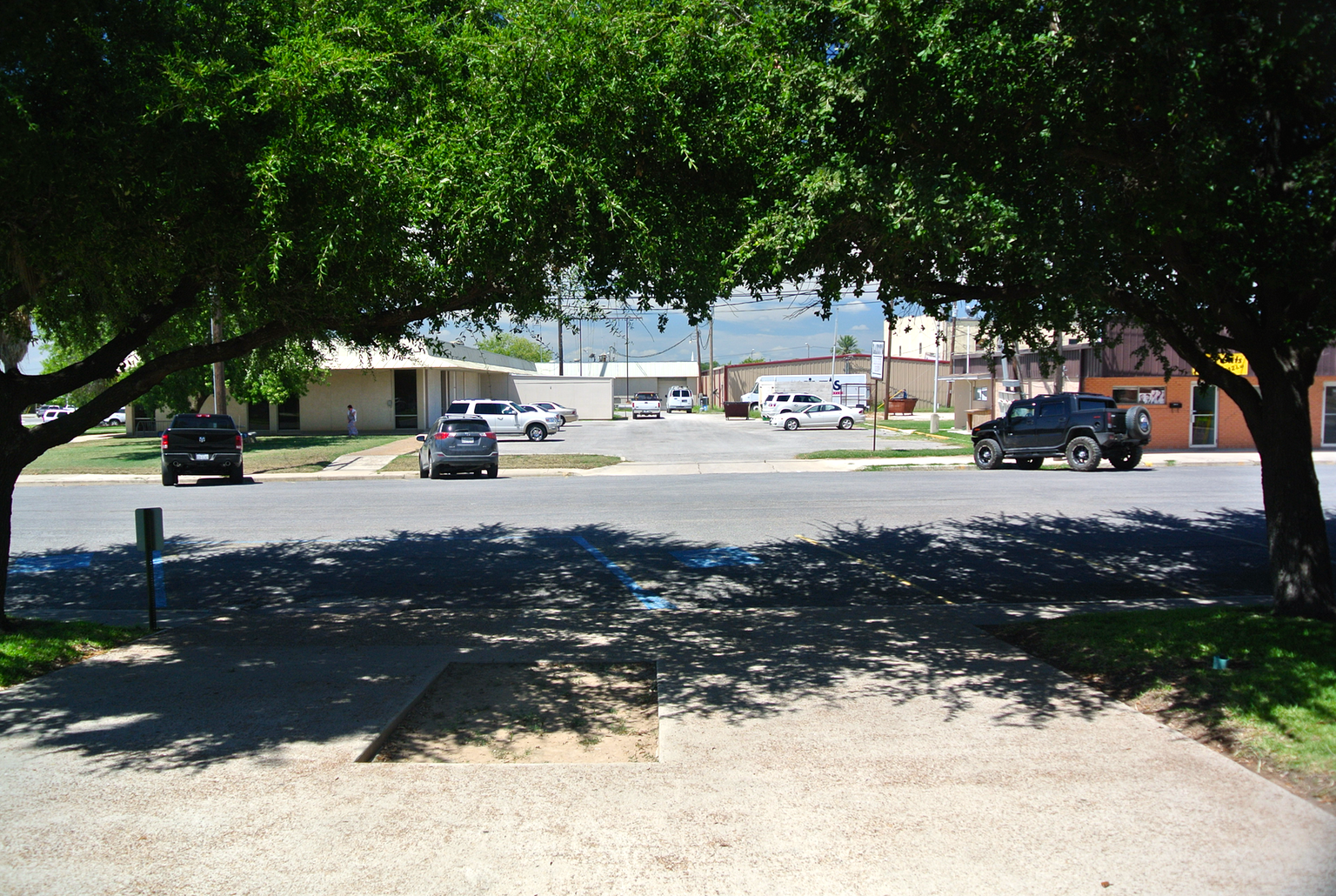 At first glance, I thought that was a range of mountains out there in the distance. Unforunately, that’s not the case. Zavala County is one of the flattest places in Texas. 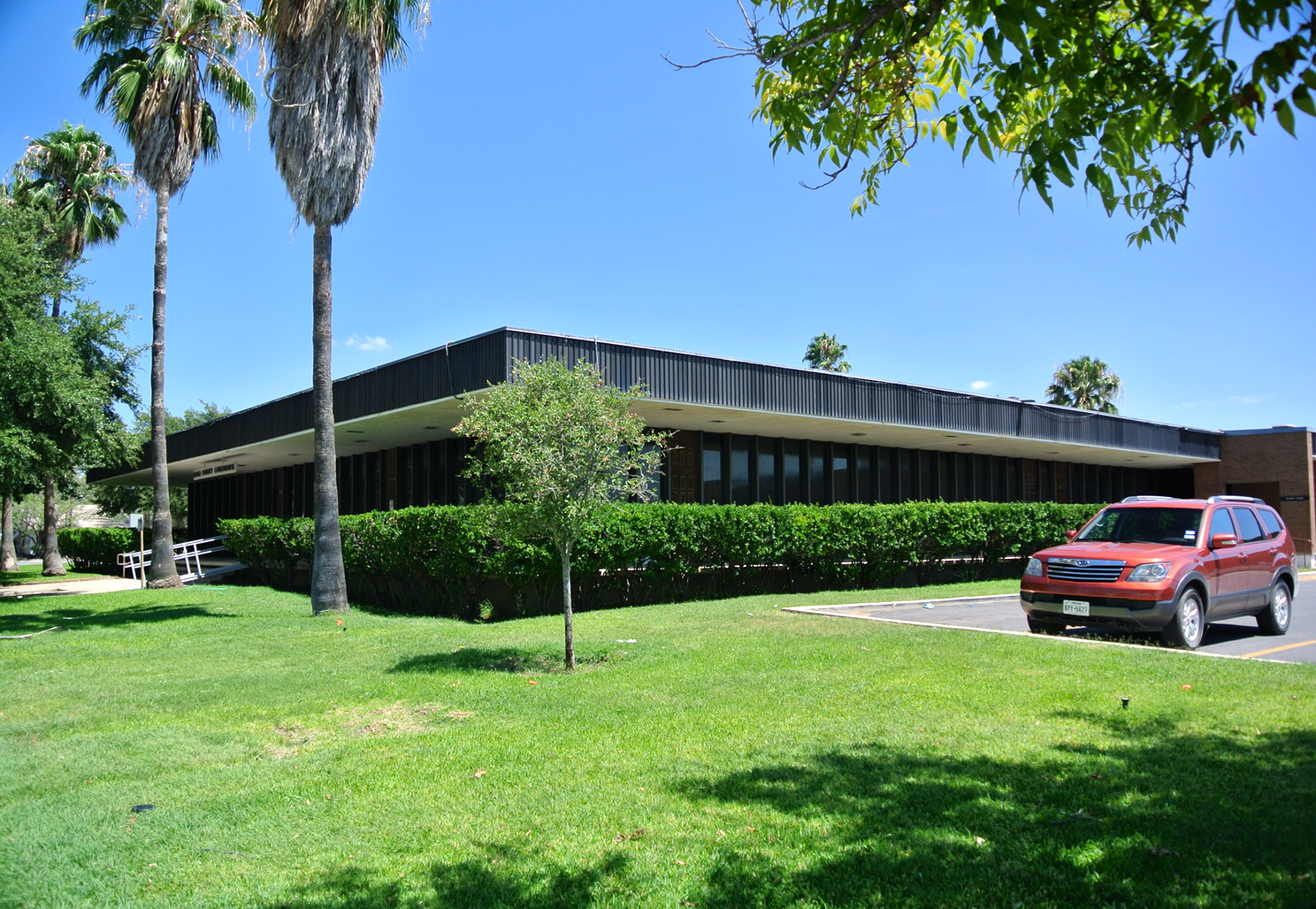 The rear entrance on Dimmit Street is particularly lifeless. I do love the palm trees, though.

There are no words. 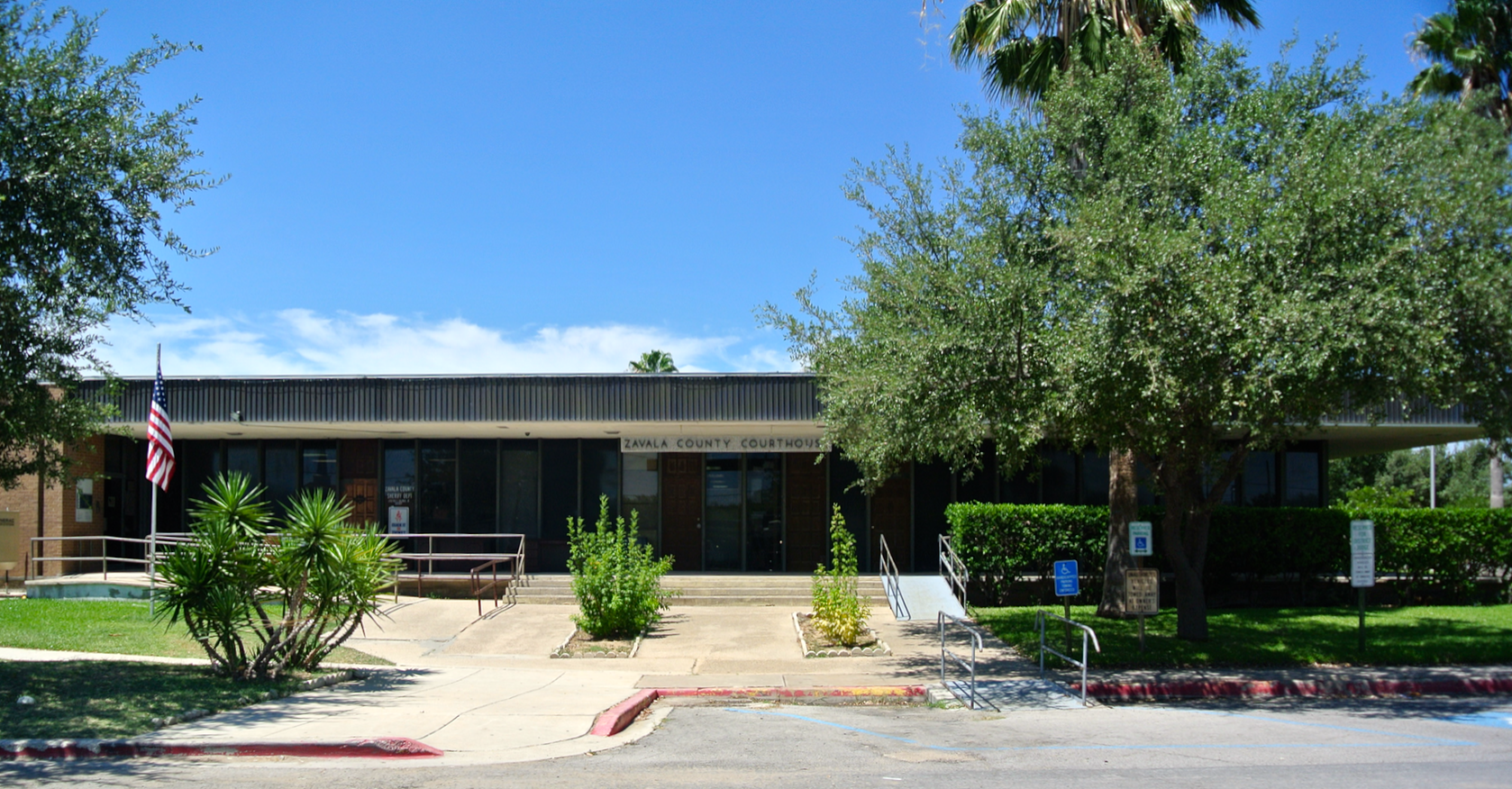 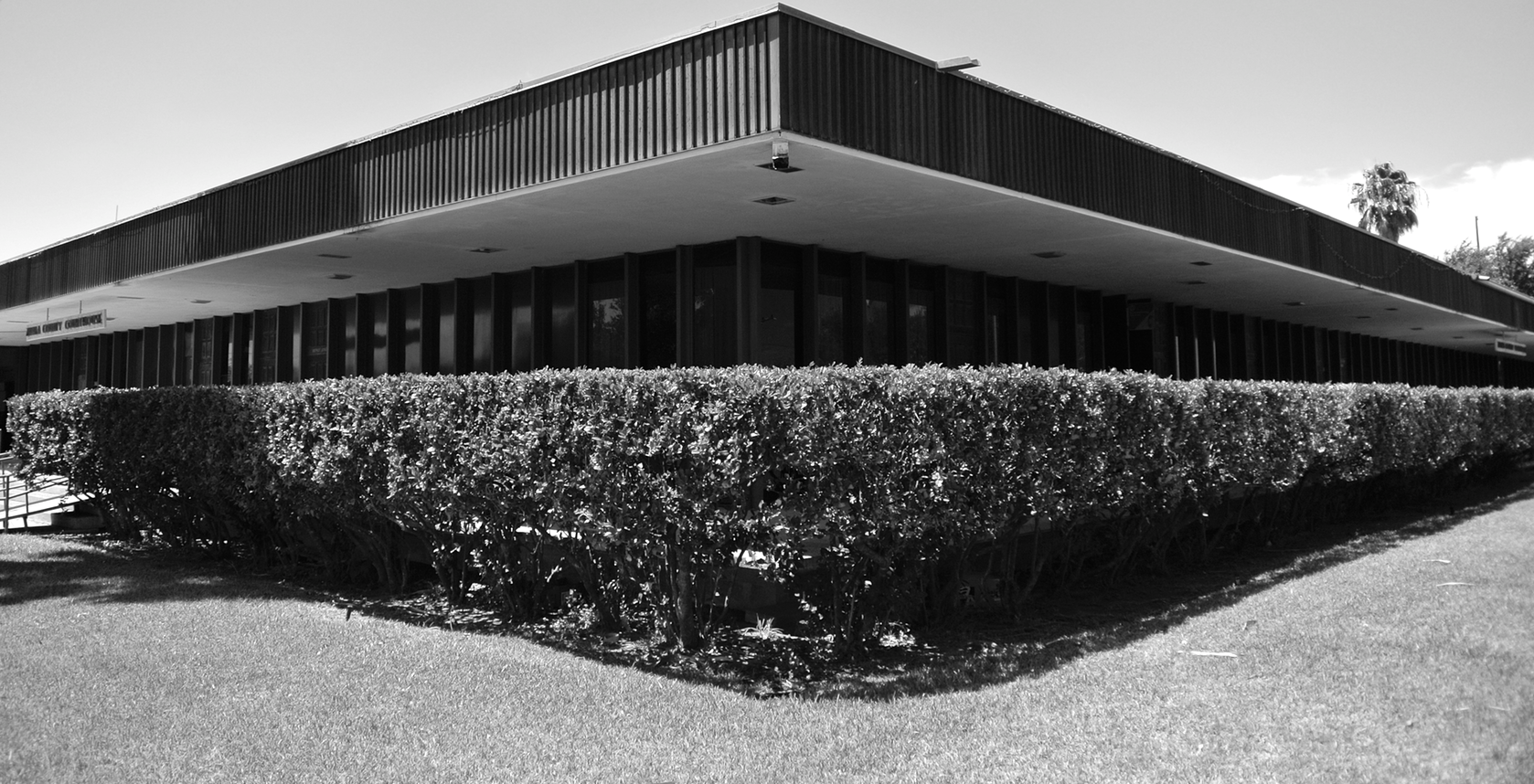 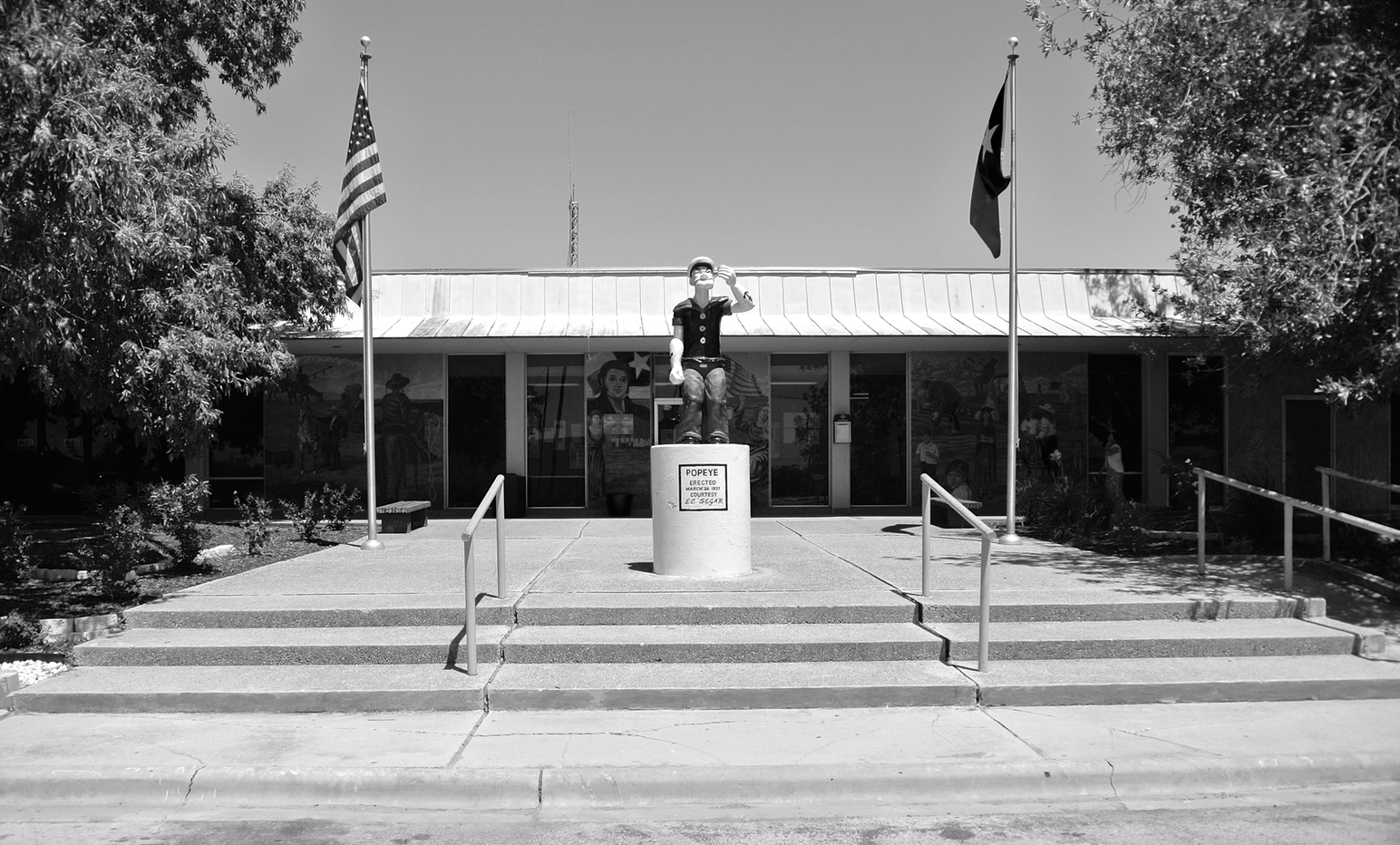 Don’t forget that Crystal City is the “Spinach Capital of the World”. As a result, they have three statues of the spinach-chomping sailor, Popeye, on display in town. This one’s in front of city hall. 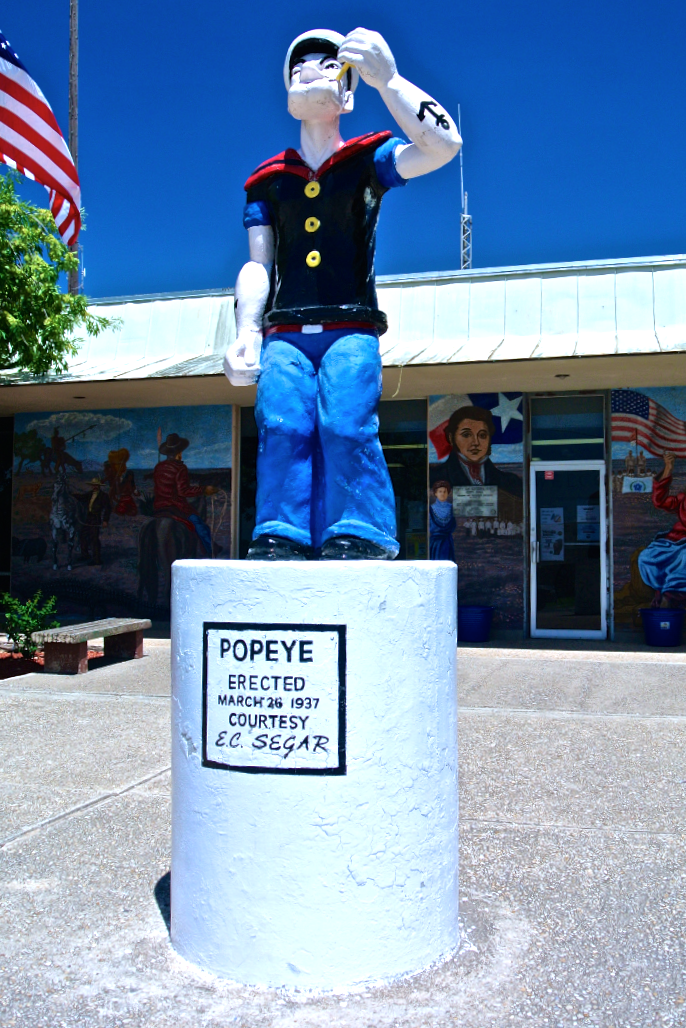 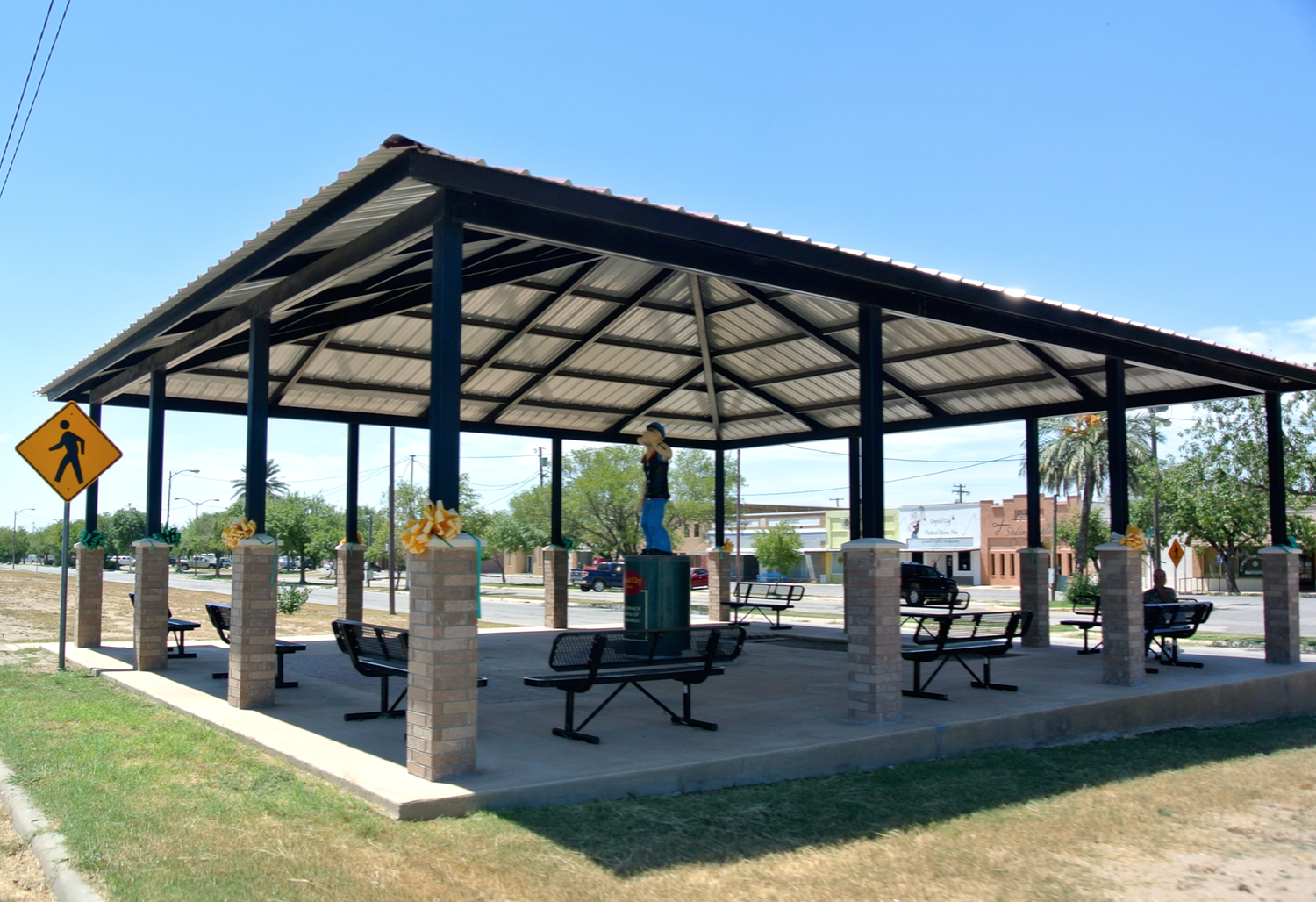 Another rests beneath a pavilion on a median between E and W Zavala Streets. 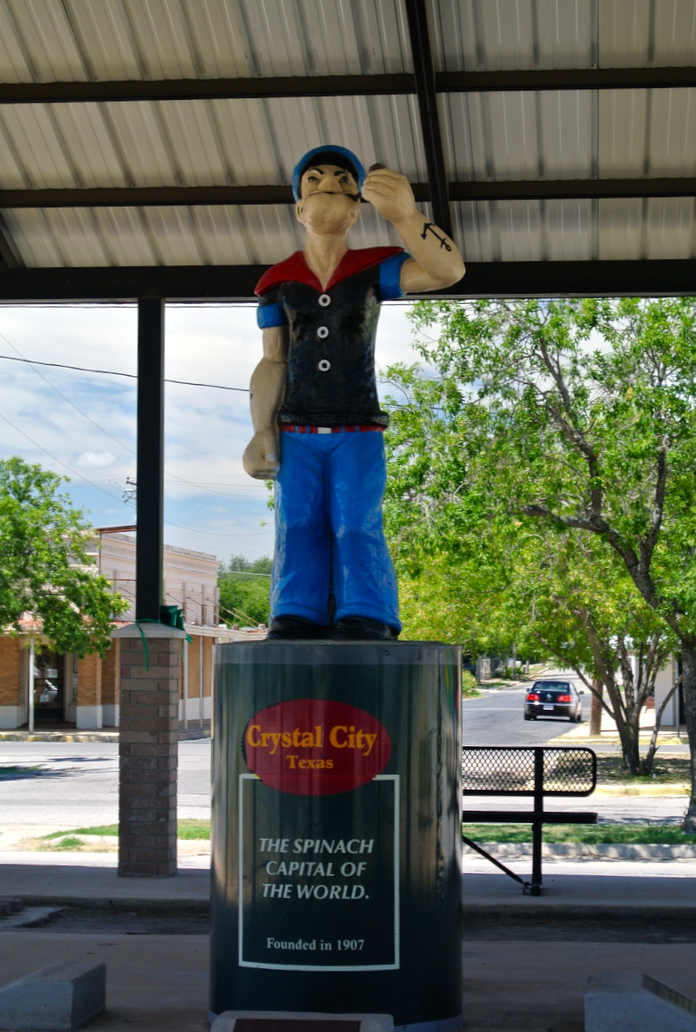 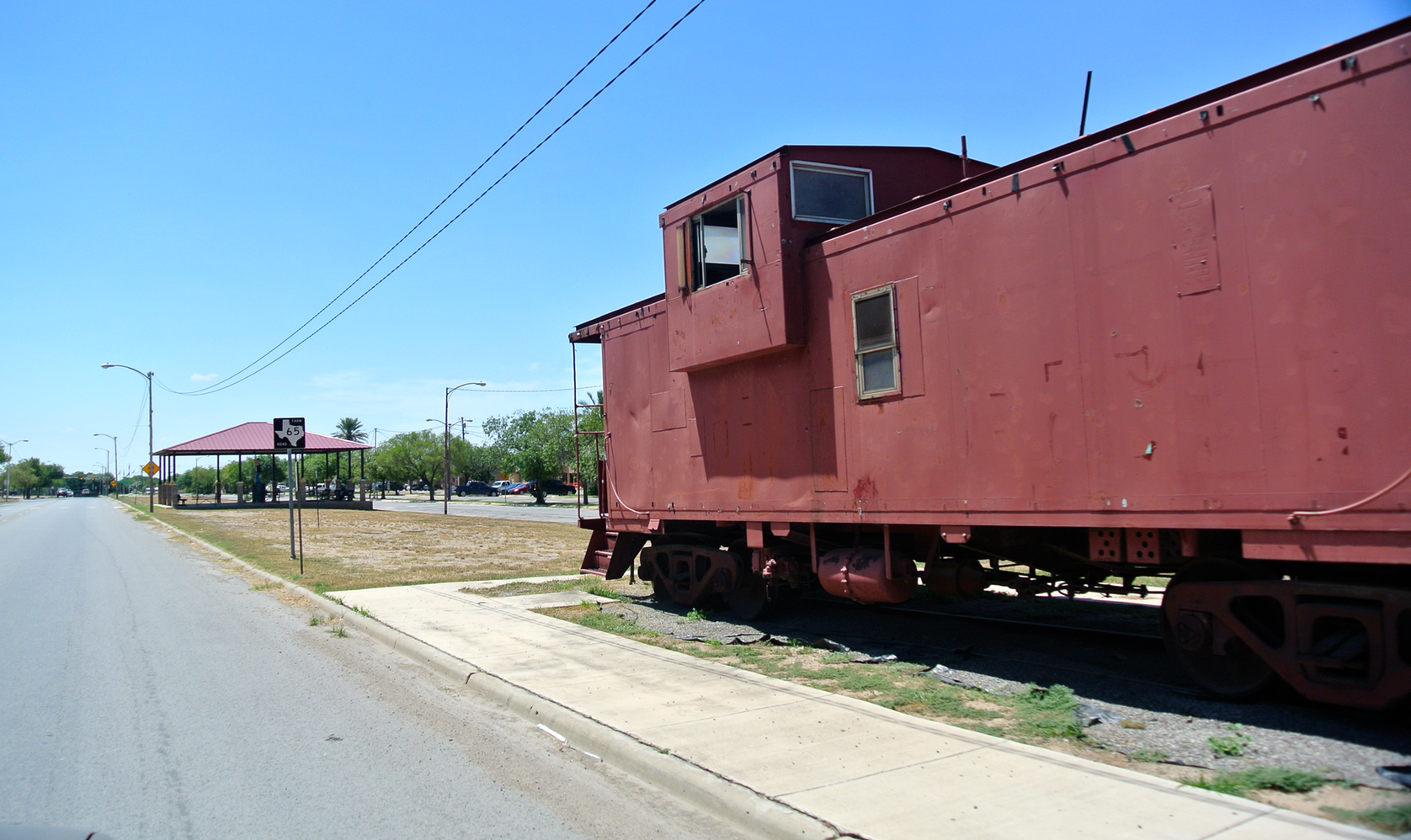