“The county was named for Henry Knox, the secretary of war in George Washington’s first cabinet. Knox County embraces 854 square miles of level to rolling, mesquite-covered plains, dissected by hilly ranges and eroded breaks; altitudes range from 1,401 to 1,646 feet above sea level. The area is drained by the North Wichita River along most of its northern border, and by the South Wichita and Upper Brazos rivers, which cross the county.”

“Until the late nineteenth century, the area now known as Knox County was frequented by nomadic Indians who followed the herds of borderlands 2 slot machine editor that roamed the region. In Spanish and Mexican Texas, several copper deposits along the Brazos were reportedly mined by Spaniards using Indian conscripts as laborers. The first Anglo to penetrate the future county area was probably Capt. Randolph B. Marcy, who in 1854 traveled through the area to survey the Brazos and Wichita valleys while searching for a suitable site for an Indian reservation. In 1855 elements of the Second United States Cavalry, commanded by colonels Albert Sidney Johnston and Robert E. Lee, patrolled the vicinity.”

“In February 1858 the Texas legislature formed Knox County from lands formerly assigned to Young and Bexar counties; because the area remained unsettled, it was again decreed a county in 1876 and attached to Baylor County in 1879 for administrative purposes. In 1880 only three farms or ranches were in operation in the county, and the census counted seventy-seven residents. Settlers came in larger numbers between 1880 and 1900.” 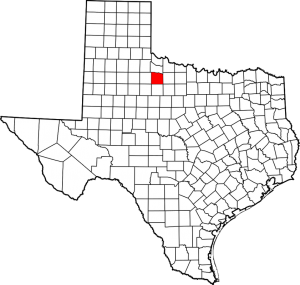 “Robert D. Goree, who came as a cattleman to Northwest Texas in 1882, opened up the land to agriculture by encouraging people from older states and other Texas counties to move into Knox County. The county was organized in 1886, with the town of Benjamin, founded by Hillary Bedford in 1884 and named for his oldest son, as county seat. The first courthouse, a small box-and-strip building, was replaced by a native stone structure in 1888. By 1887 Goree had established a small settlement that he named after himself at Riley Springs, in the southeastern part of the county, and in 1895 a colony of German Catholics established the town of Rhineland a few miles away.”

“Further movement to Knox County was encouraged during the first years of the twentieth century, when two railroads built their tracks into the area. In 1905 the Wichita Valley Railroad entered the county; the Kansas City, Mexico and Orient line followed suit in 1907. By 1910 the county had 1,175 farms and ranches. The population had increased to 9,625. Corn was planted on almost 25,000 acres by that time, and cotton on more than 36,000 acres.”

“Between 1910 and 1929 corn and wheat culture increasingly gave way to cotton culture, which became the center of the local agricultural economy. In 1919 53,645 acres was planted in cotton, and by 1930 production of the fiber had expanded to 130,247 acres. By 1930 there were 1,460 farms in Knox County, and 11,368 people were living there. But Knox County agriculture suffered serious setbacks during the Great Depression and the Dust Bowl. Cotton production plunged more than 50 percent, and by 1940 only 67,584 acres was planted in the fiber.”

“Benjamin (population, 247), the county seat, is a trade and market center; in Munday (1,191), the largest town, is the Texas A&M Vegetable Research Center. The county hospital and a United States Department of Agriculture plant-materials research center are located in Knox City (1,040). Other communities include Goree (192), Rhineland, Truscott, Vera, and Hefner. Several small reservoirs near Benjamin provide recreation.”

This two-story, impressive sandstone building replaced an earlier wooden design from 1886. Designed by Ferrier Brothers & Wirz, it stood until 1935. At that point (in the height of the Great Depression), I imagine Knox County workers were desperate for work. Demolishing the extant courthouse to build a new one provided just what they needed. 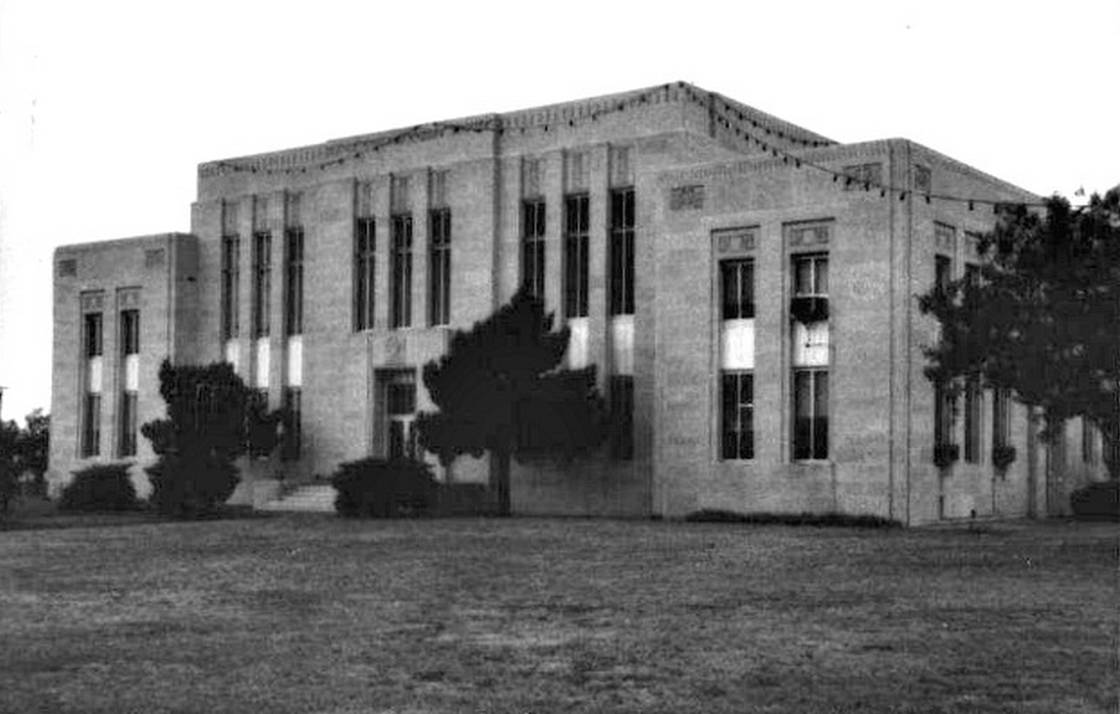 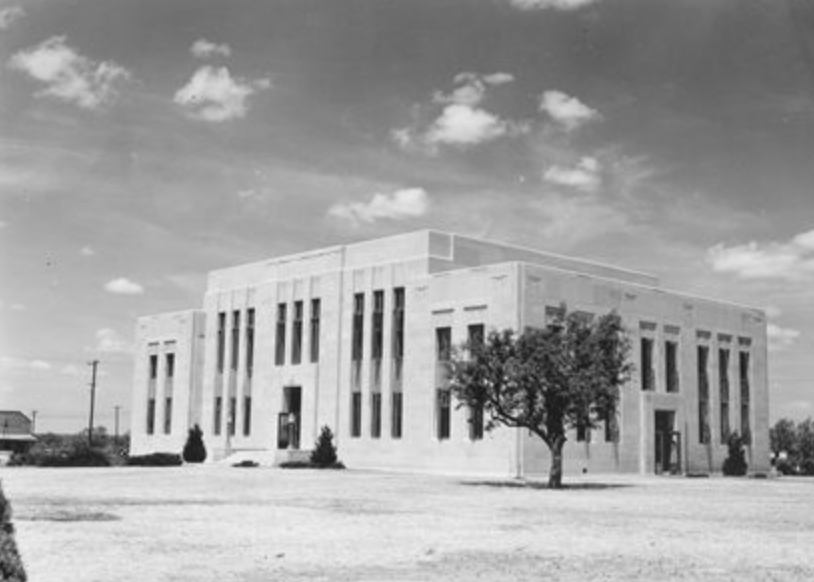 Listed as Project #6211 in the Federal Emergency Administration of Public Works records, this Moderne building’s contractor was the Dolph-Bateson Co. They employed designs provided by Wichita Falls architects Voelcker & Dixon and completed the courthouse in 1935. It has served ever since. 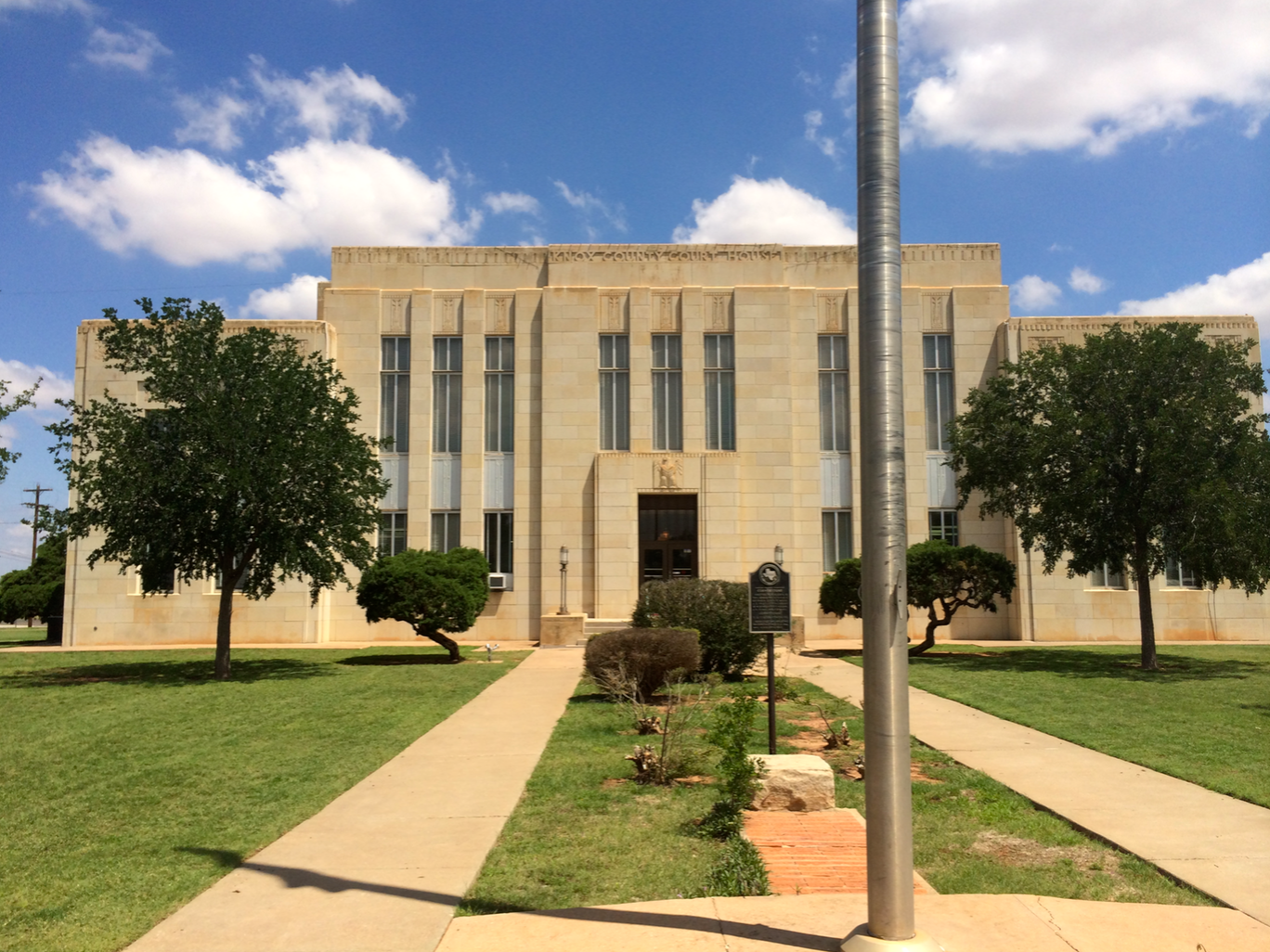 The main façade of the Knox County Courthouse, facing south on Cedar Street 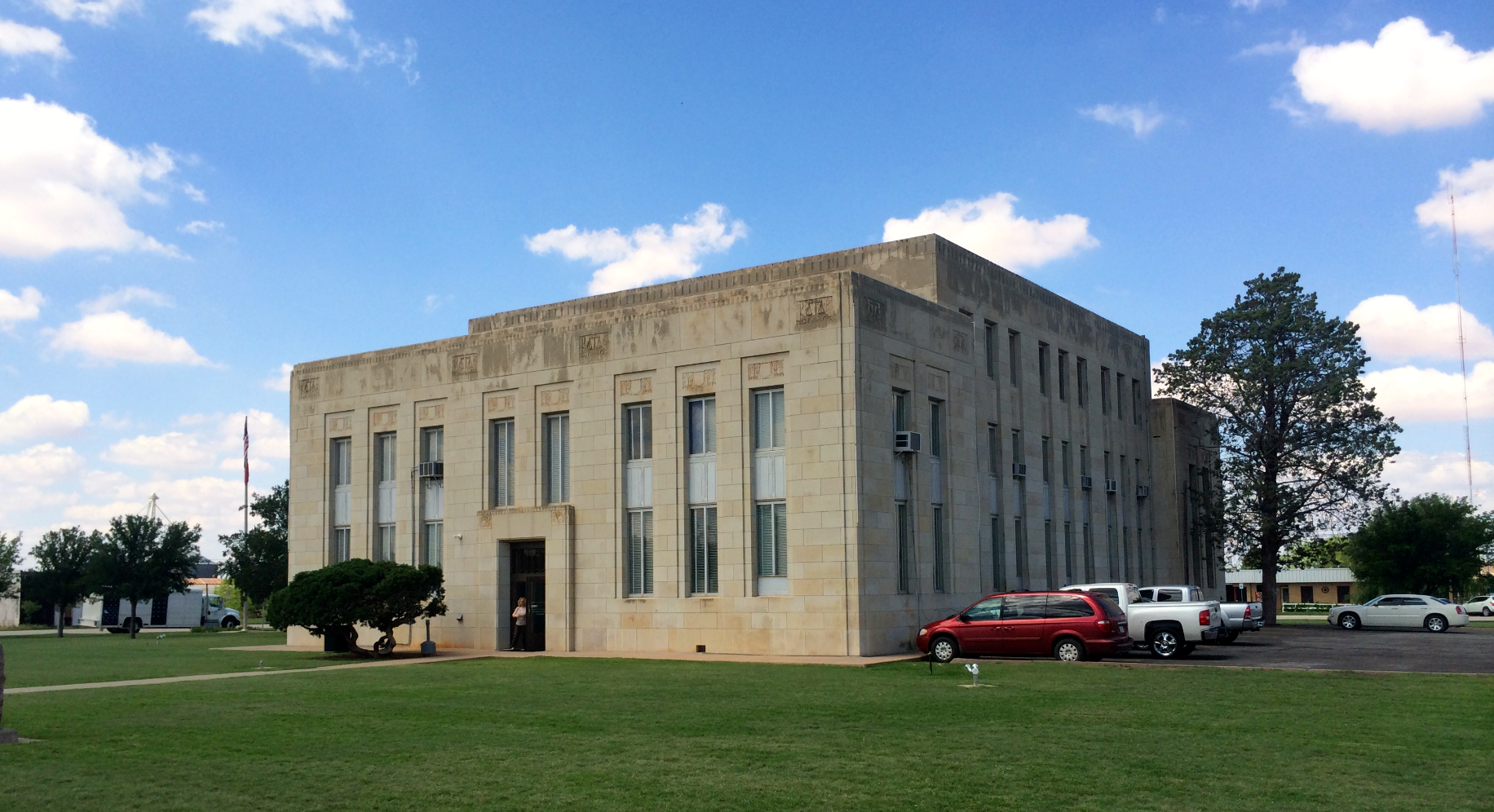 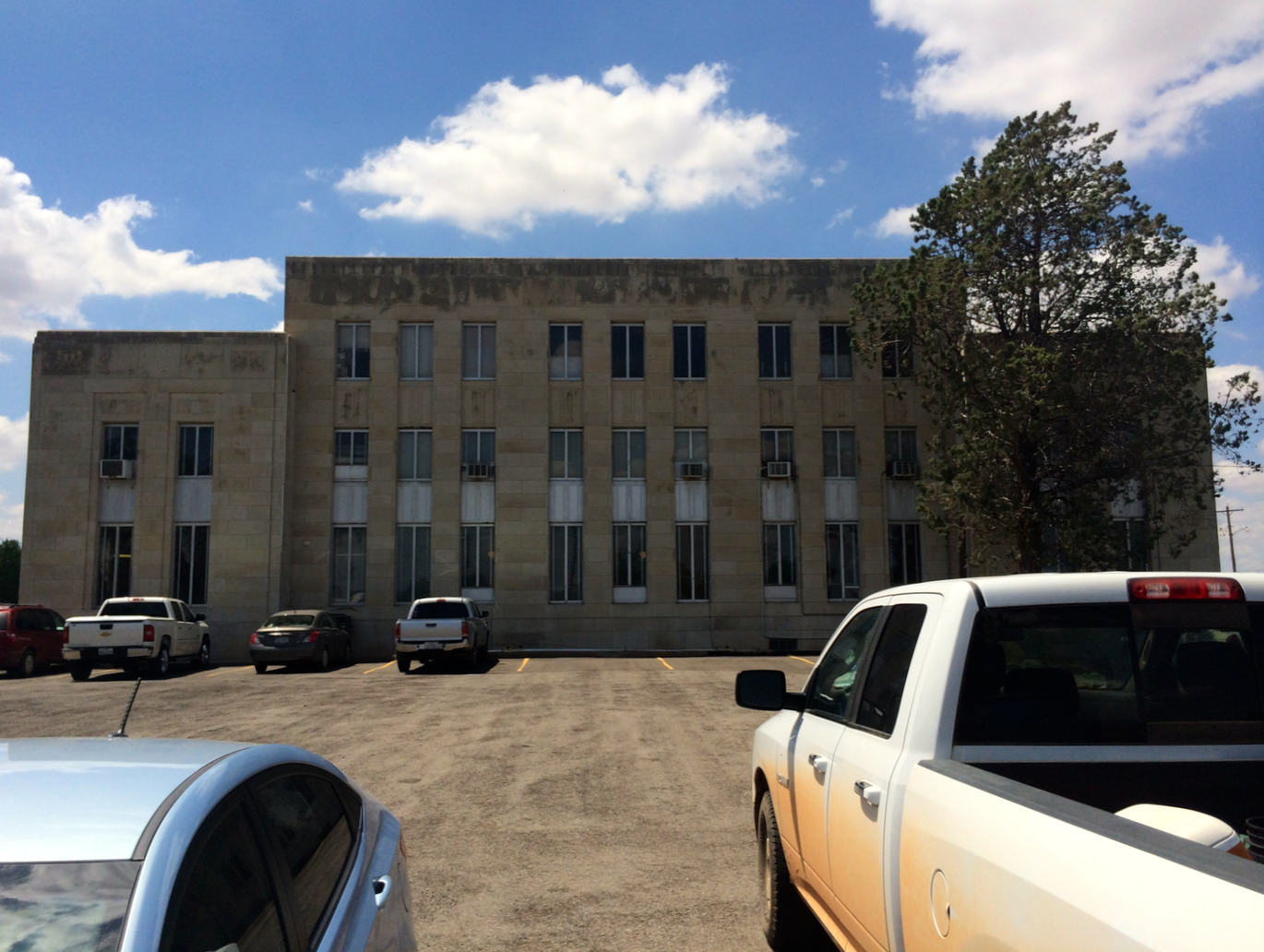 The northern side looks out upon the parking lot. 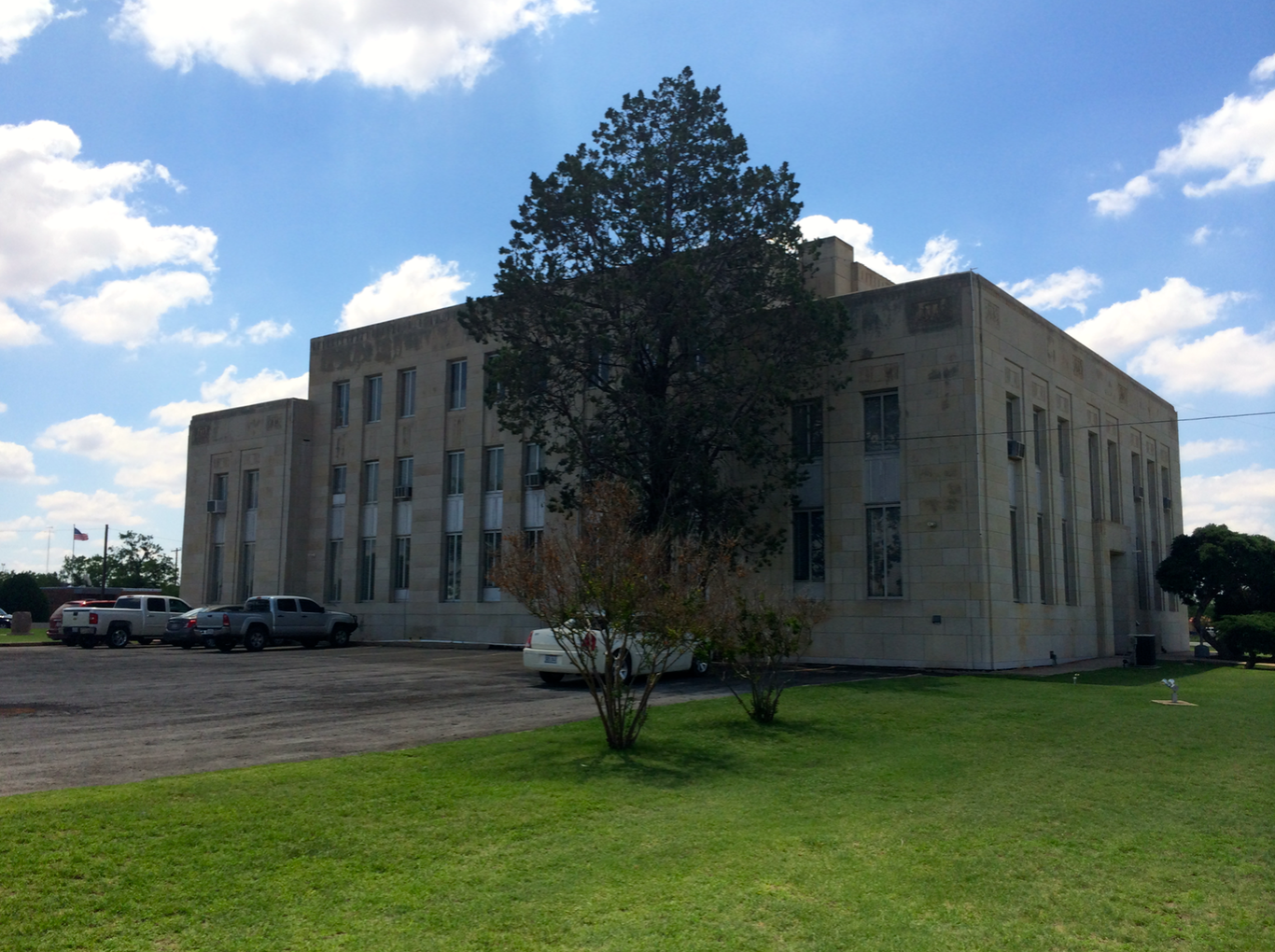 The western façade, on Stewart Street 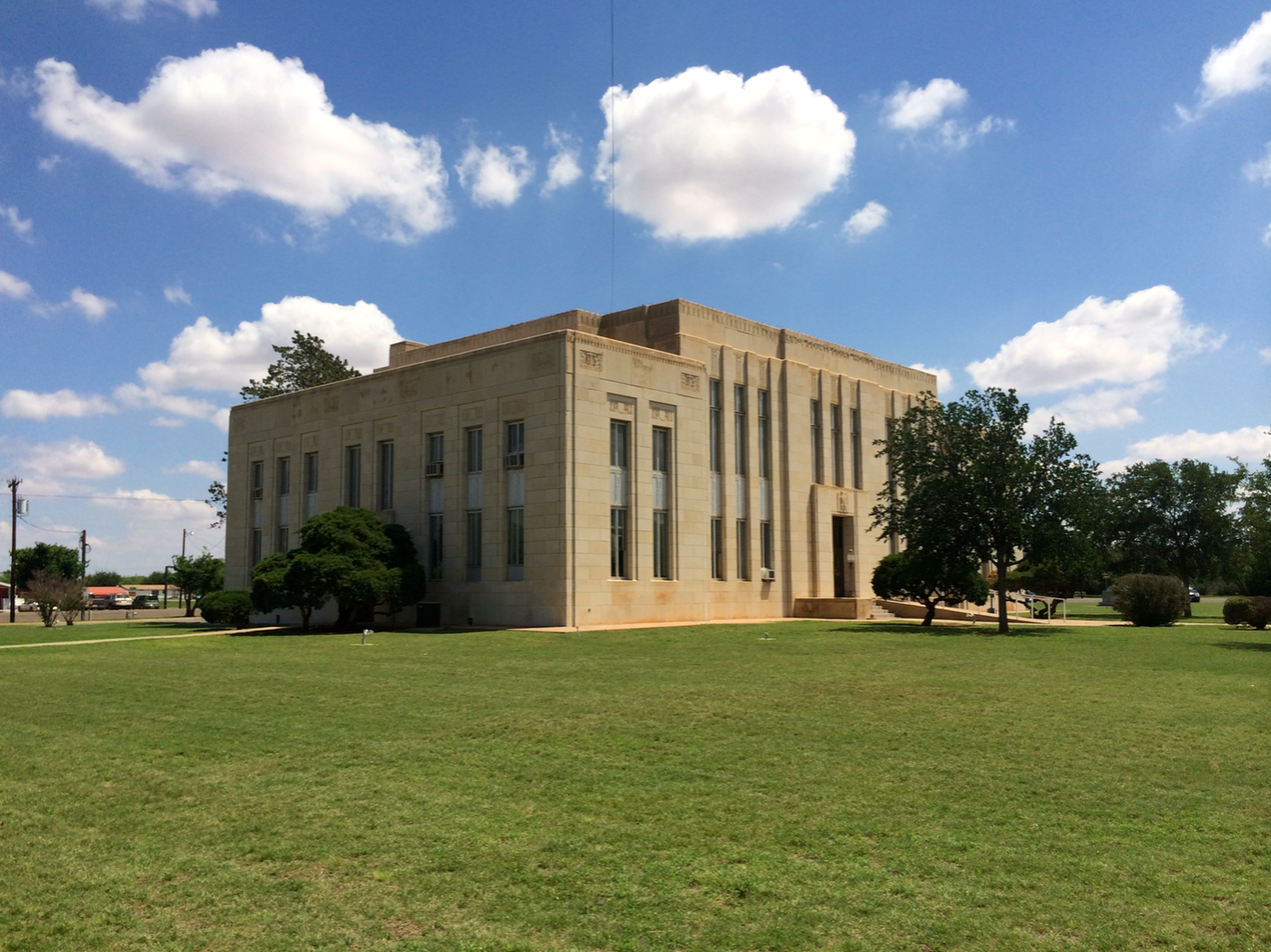 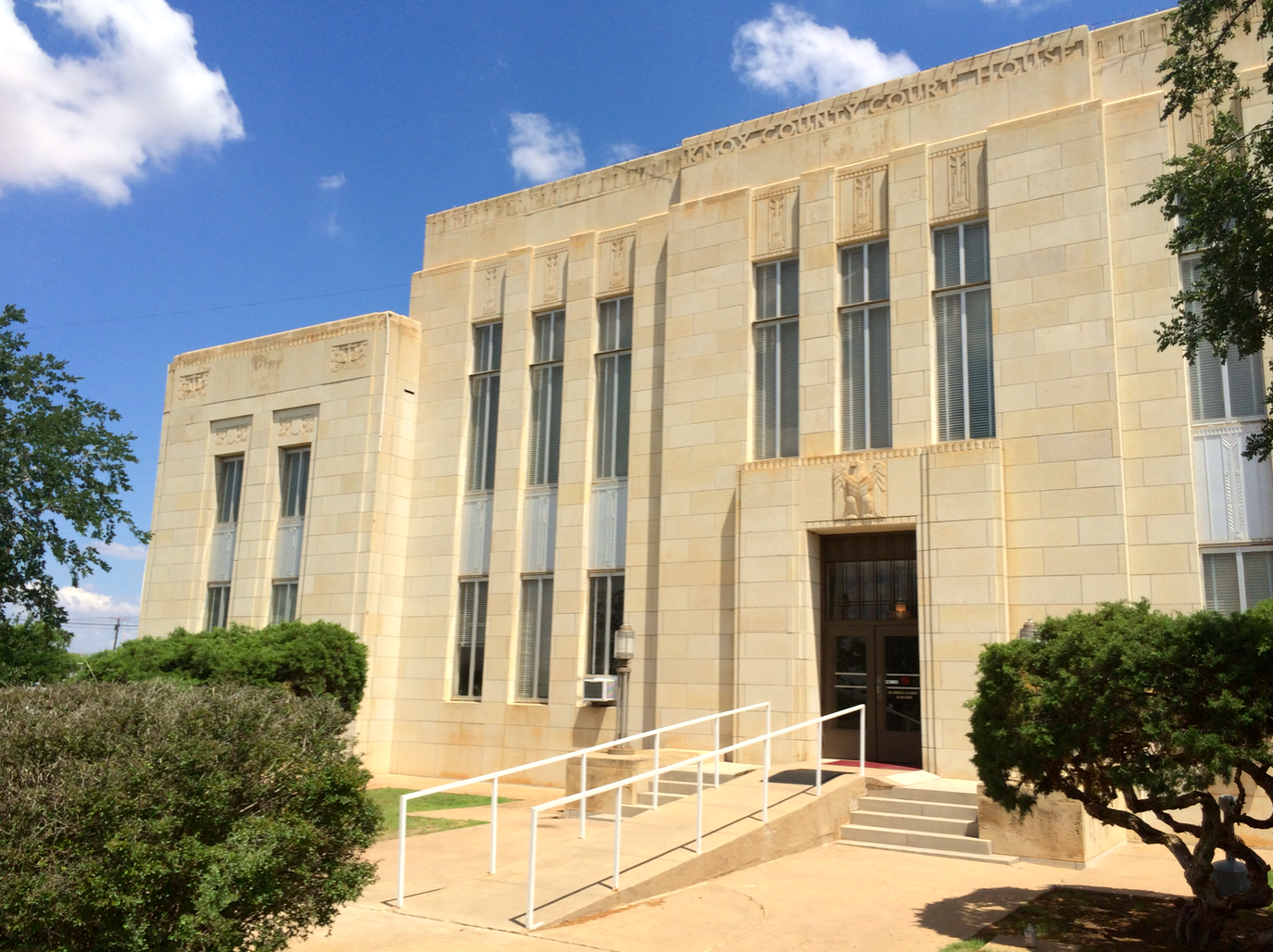 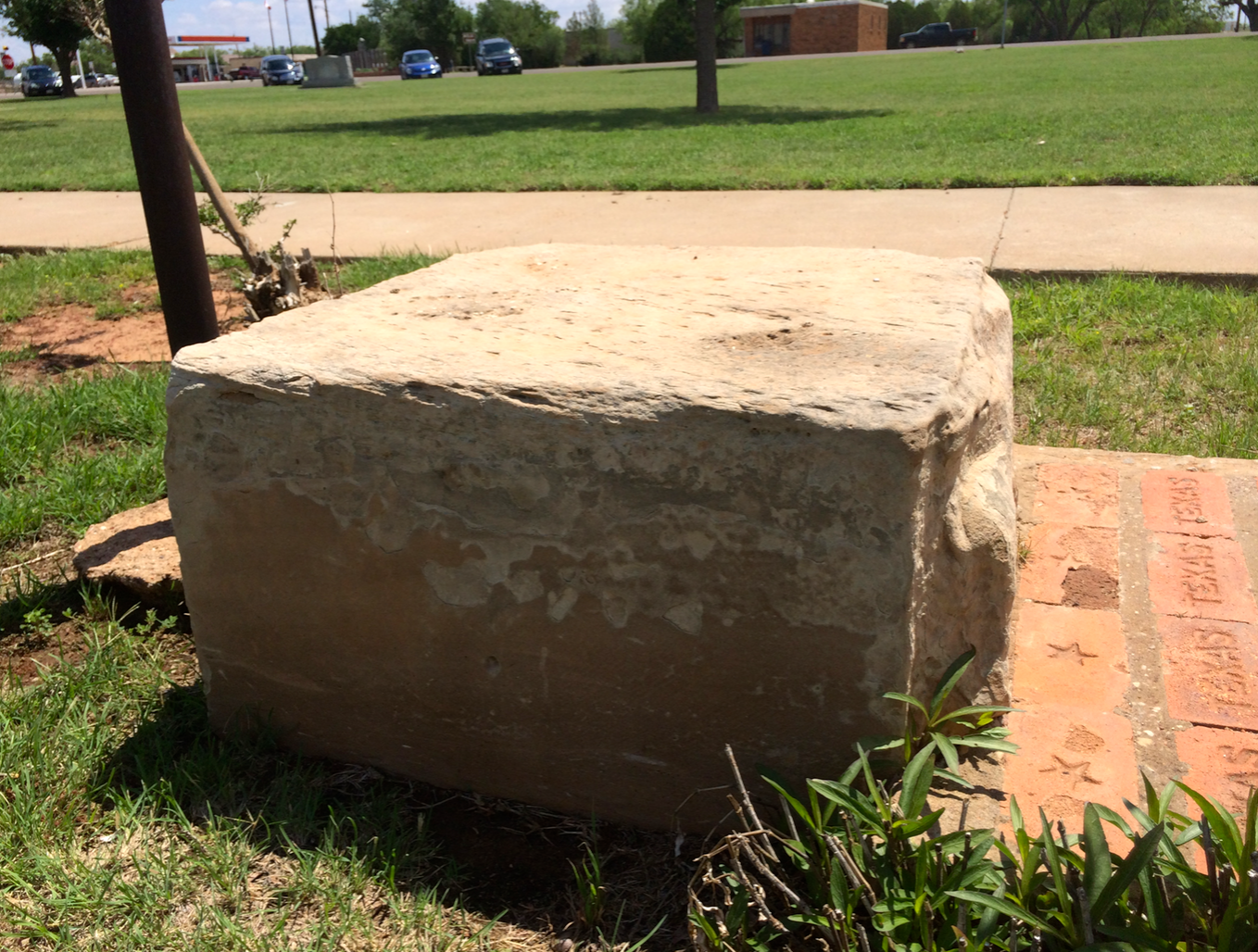 The 1891 courthouse’s cornerstone is displayed near the main entrance. 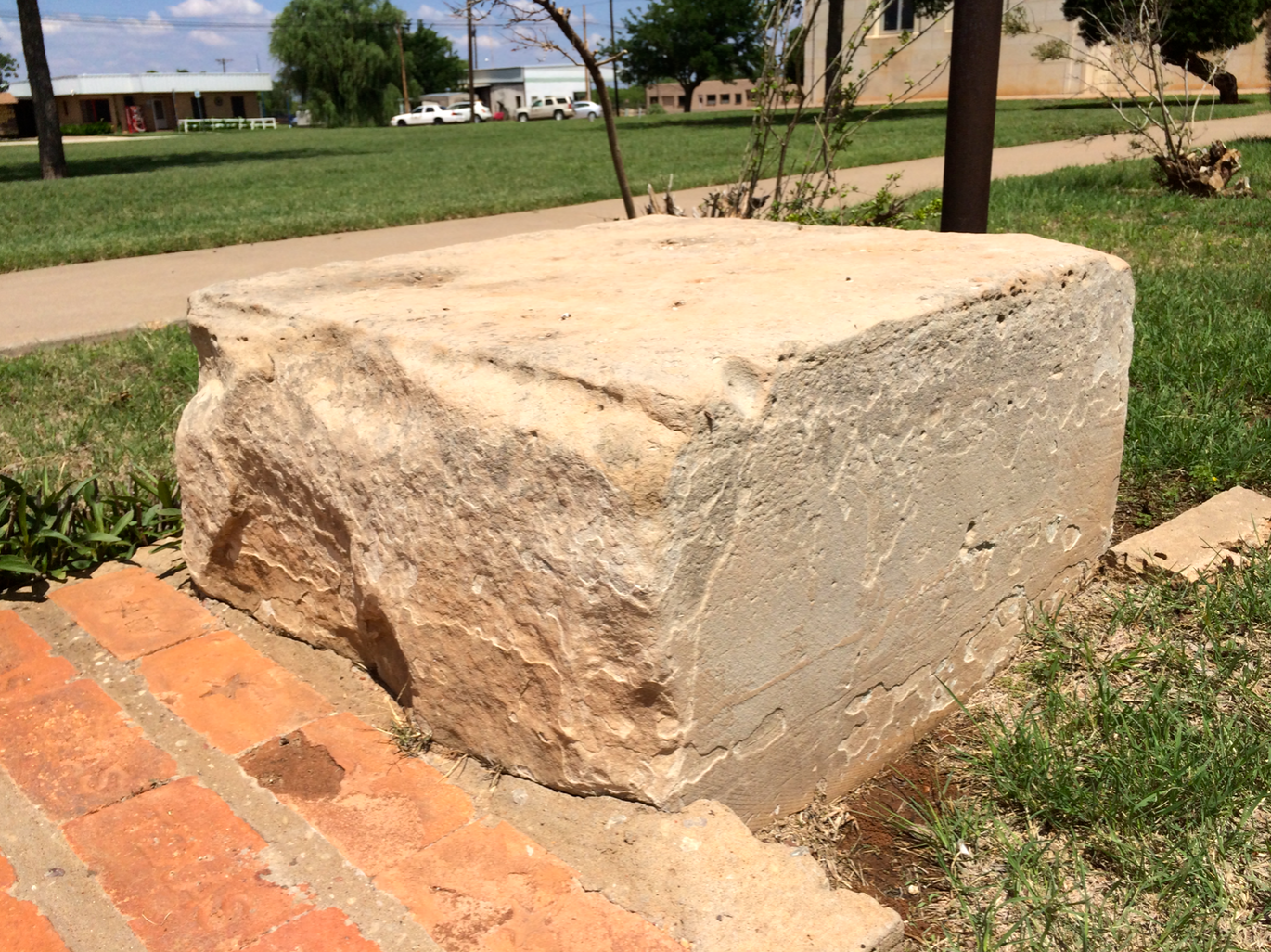 The writing has not survived the years. 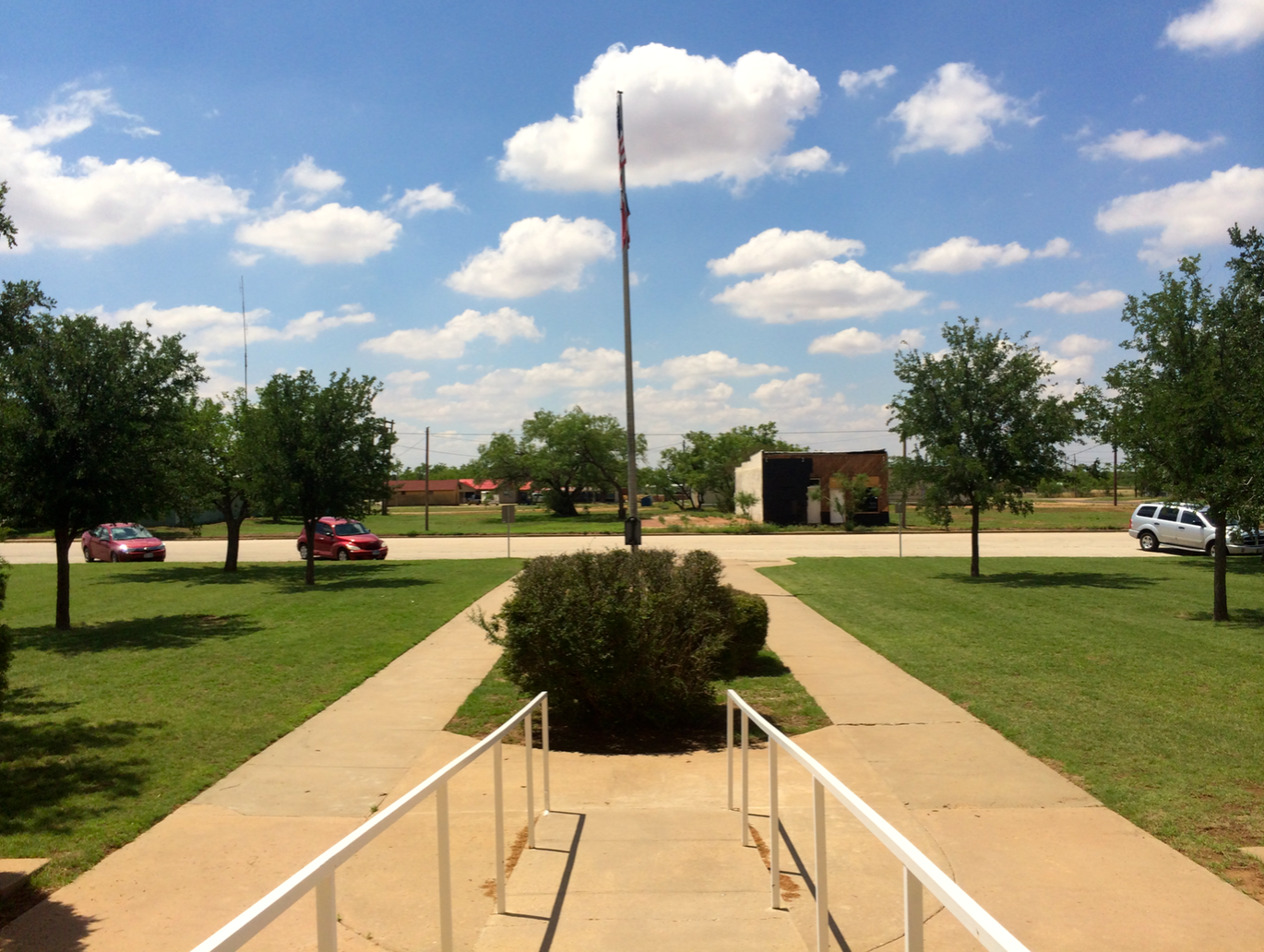 The view of Cedar Street from the southern entrance 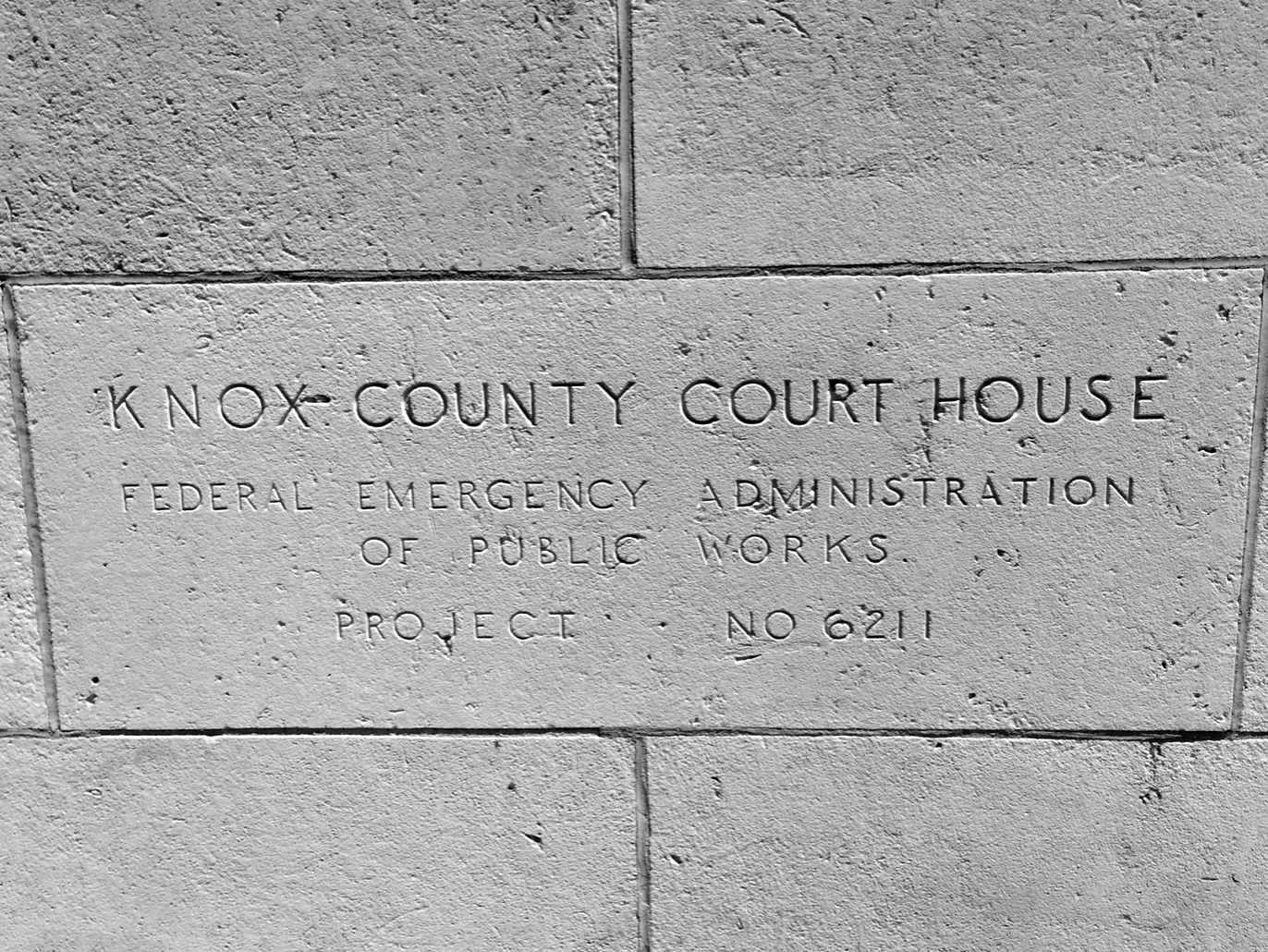 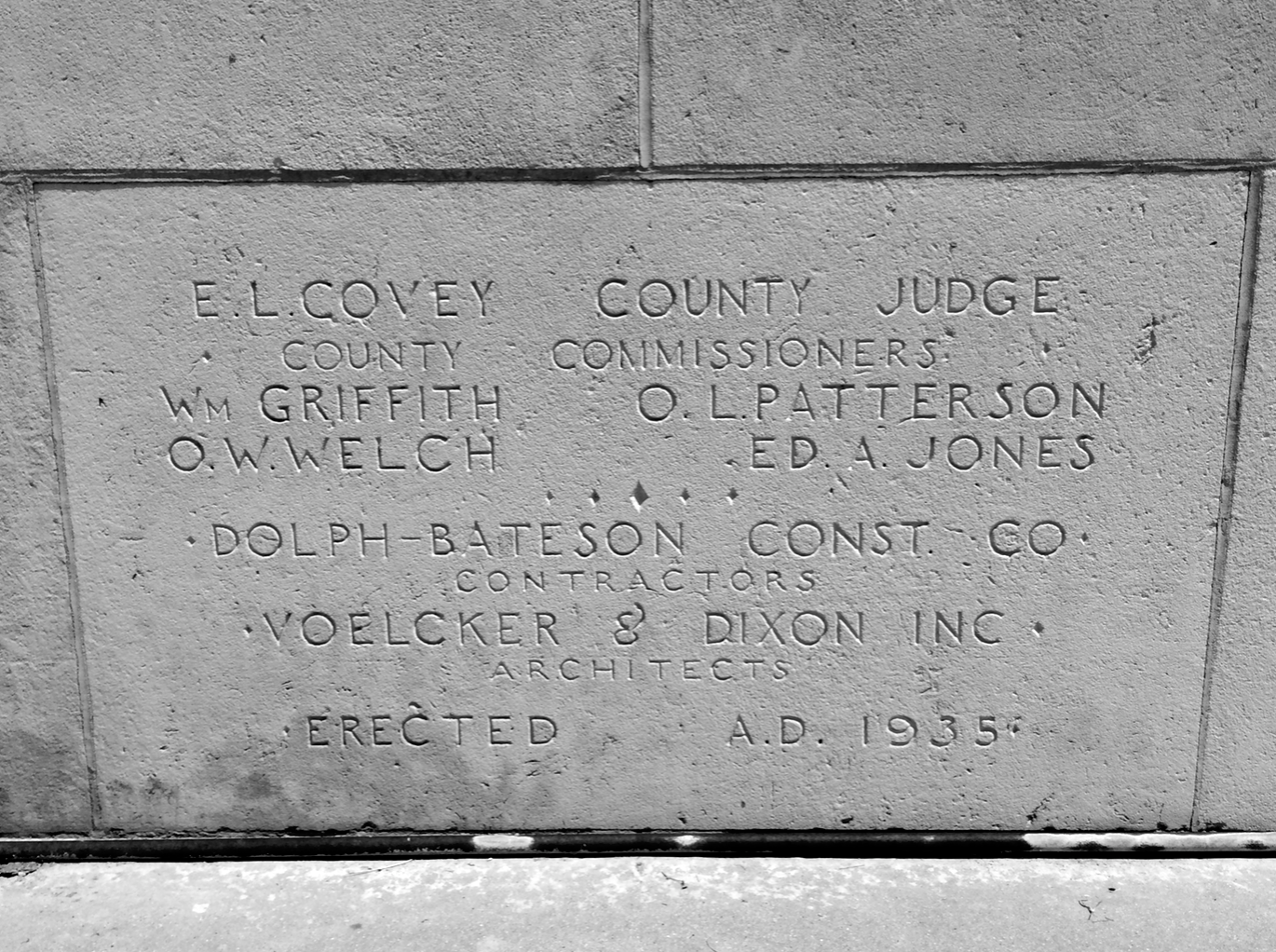 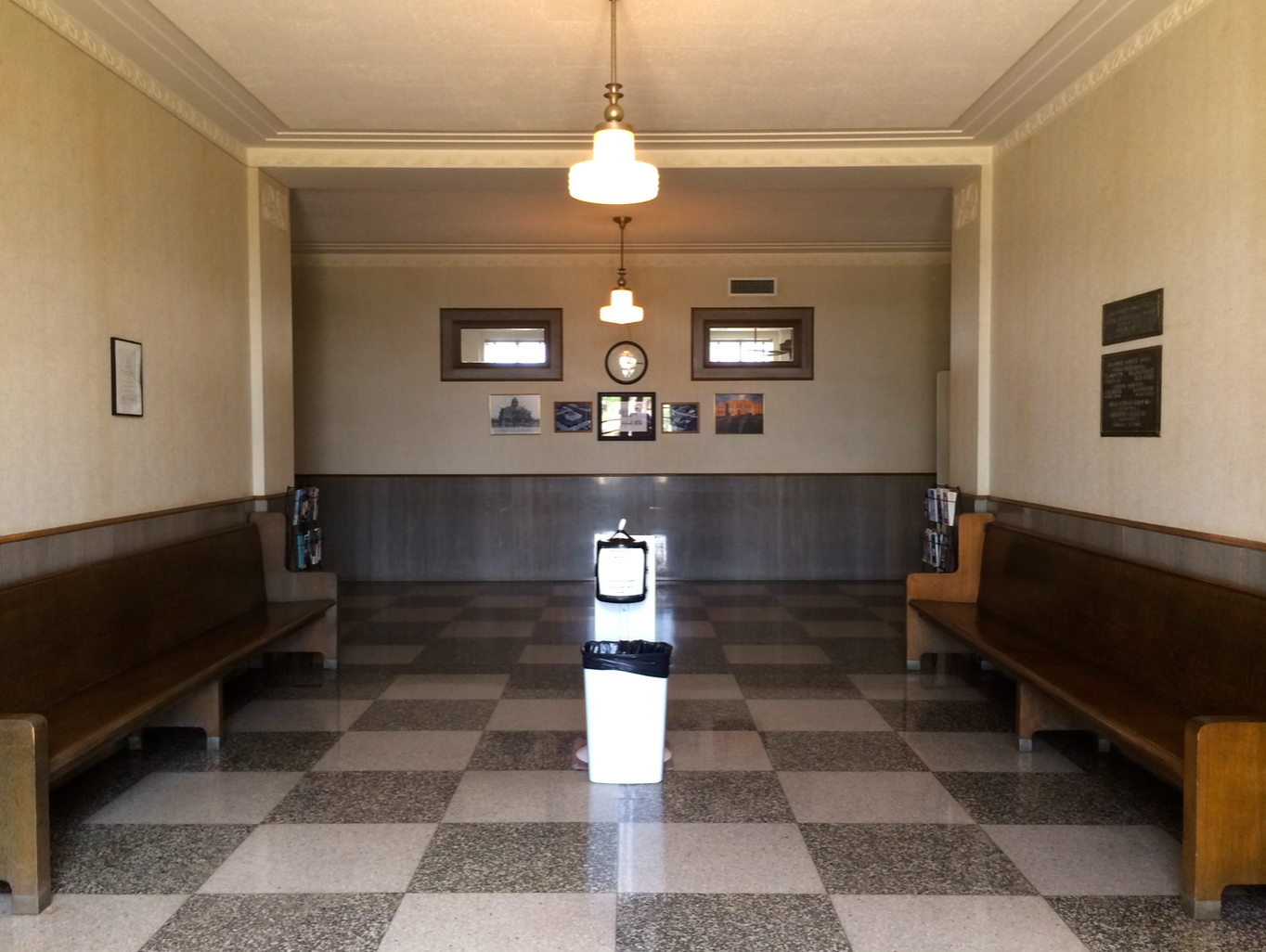 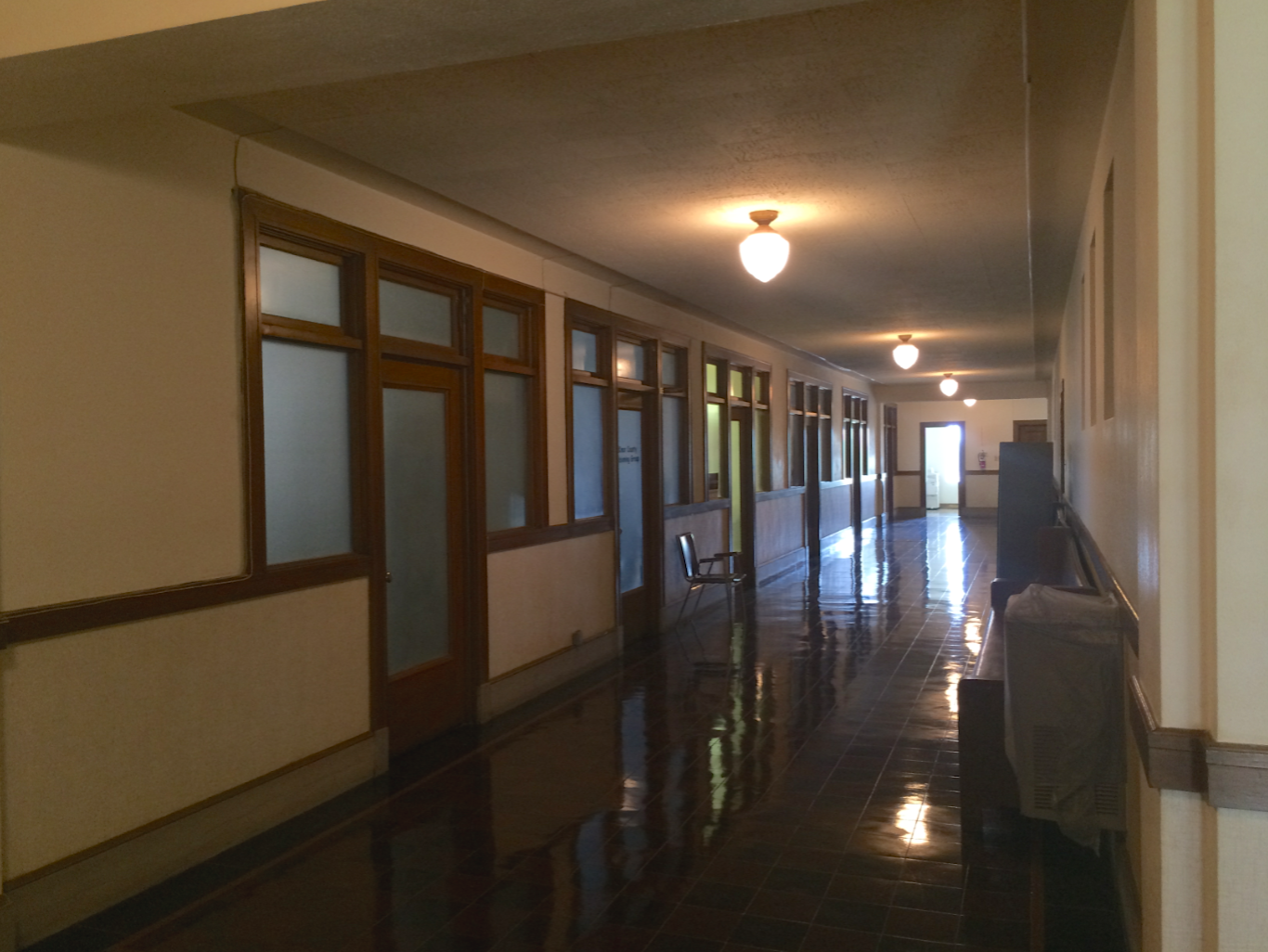 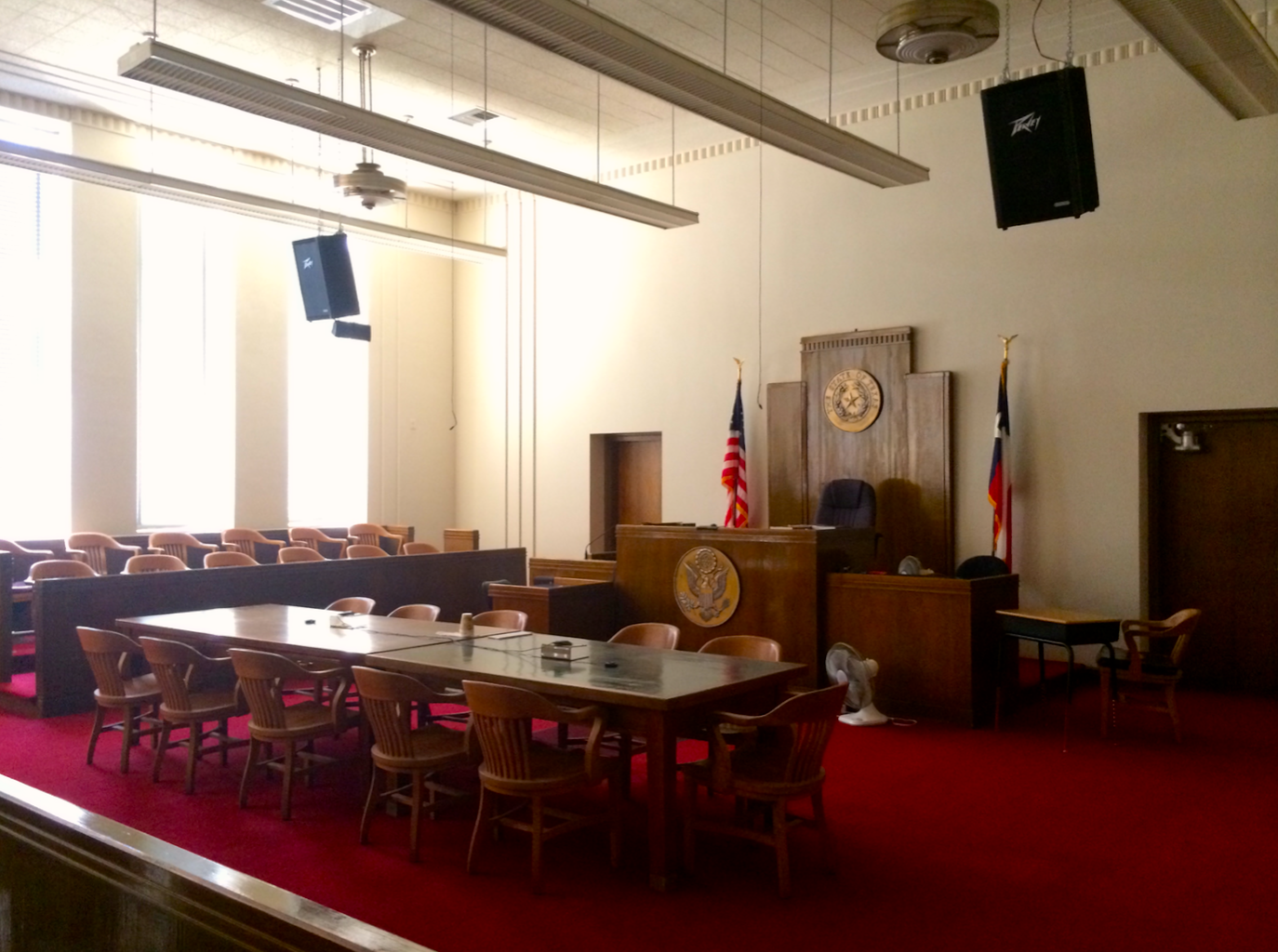 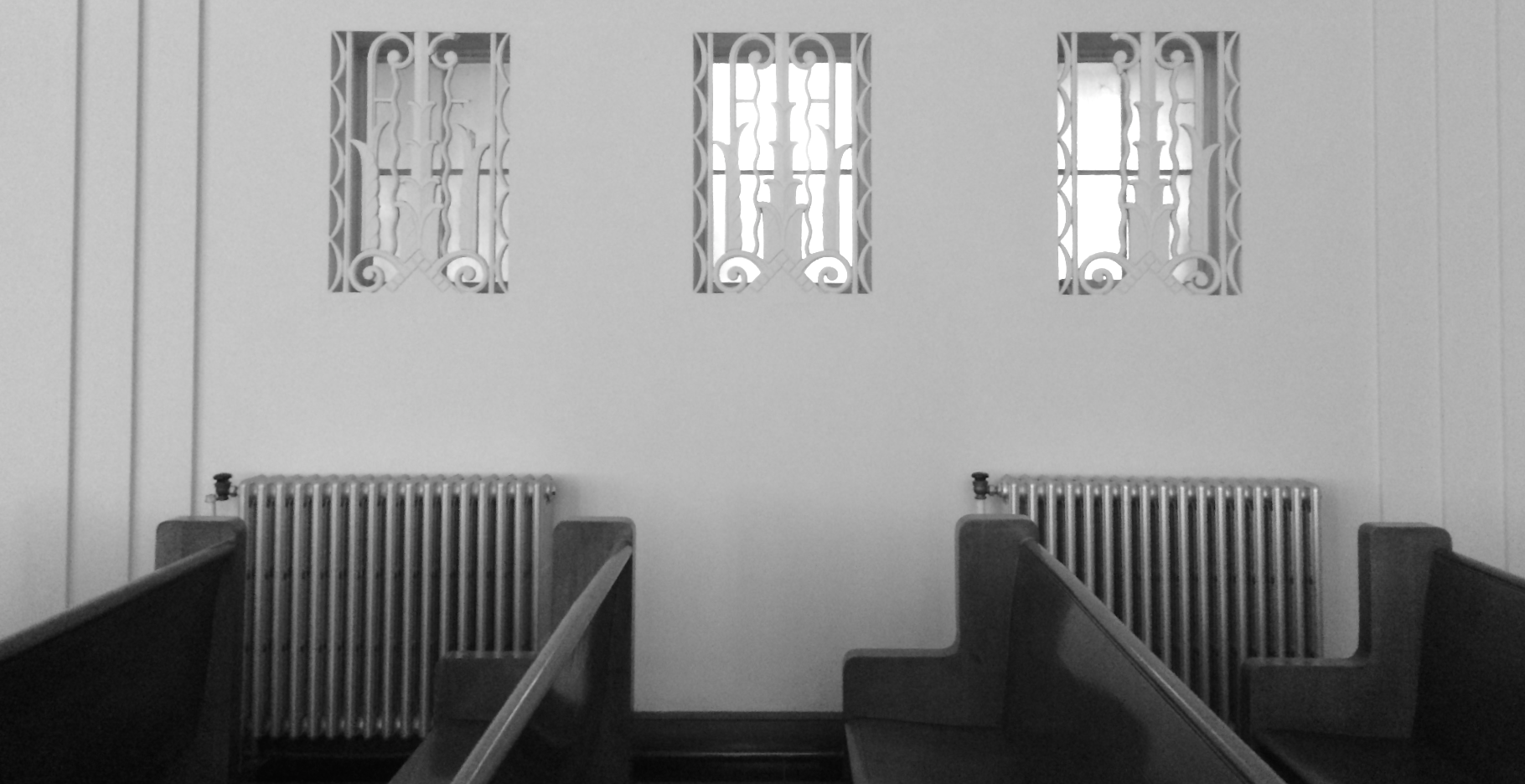 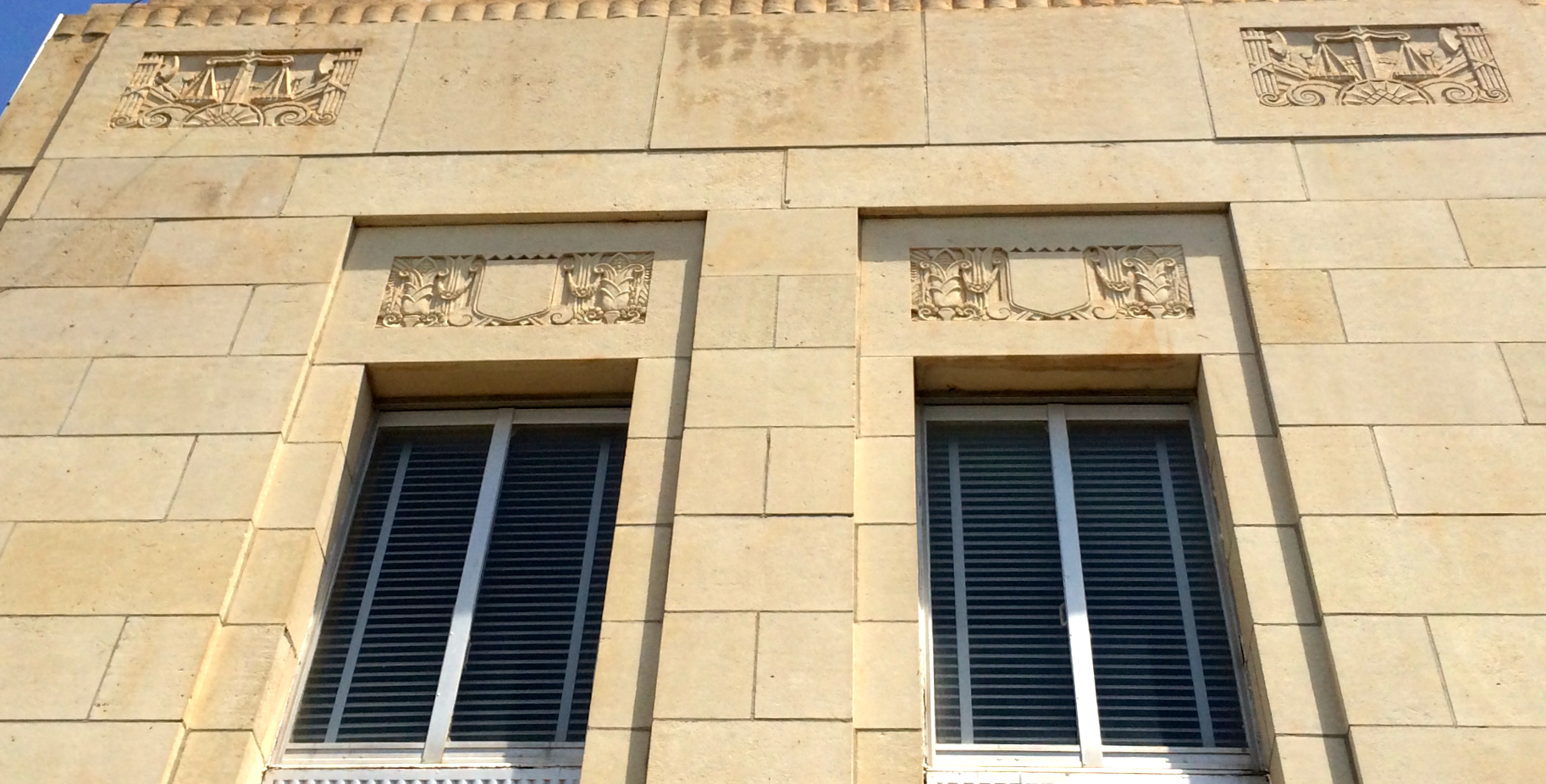 The courthouse exterior has some very detailed ornamentation. Such was typical of its period. 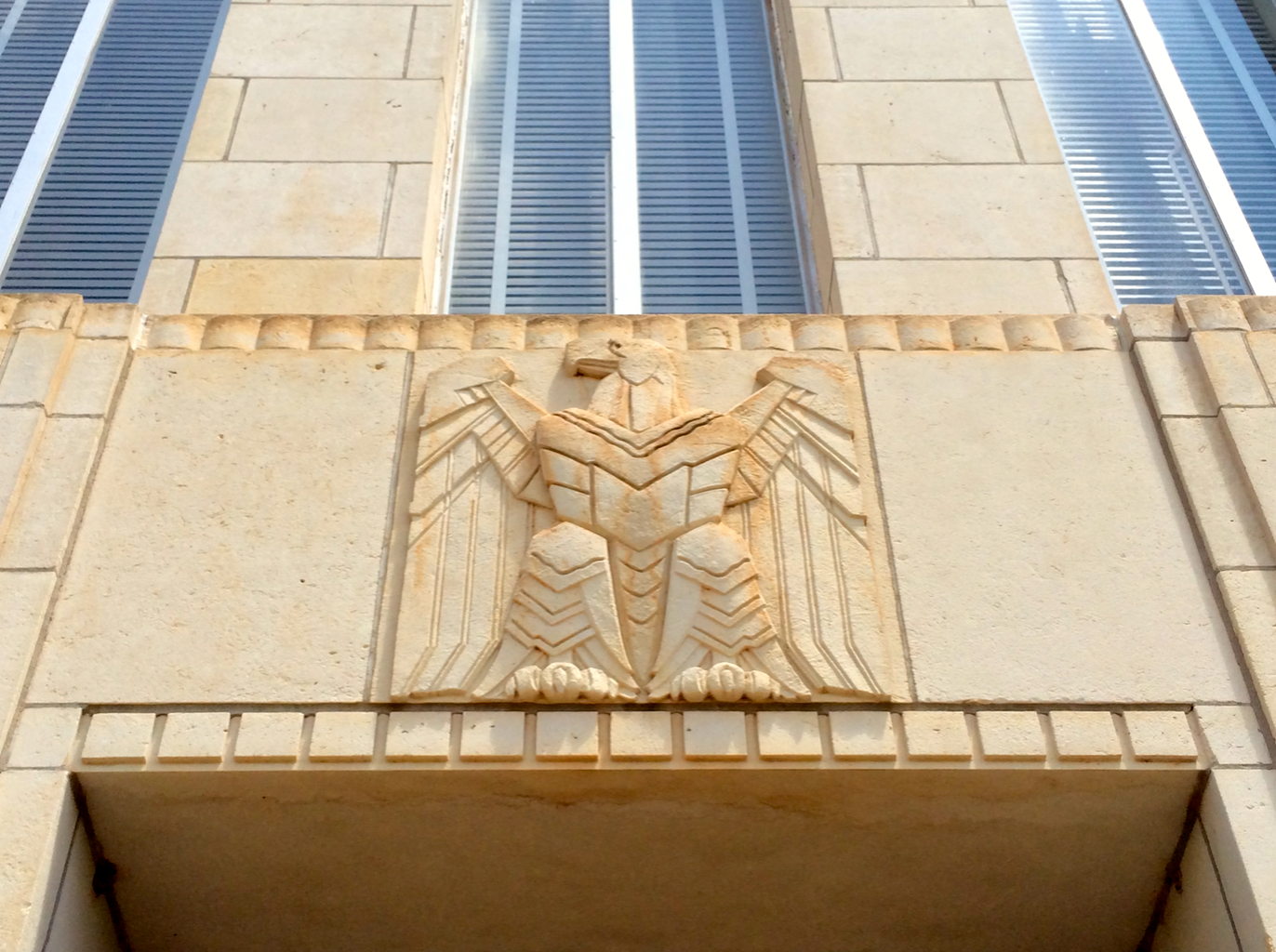 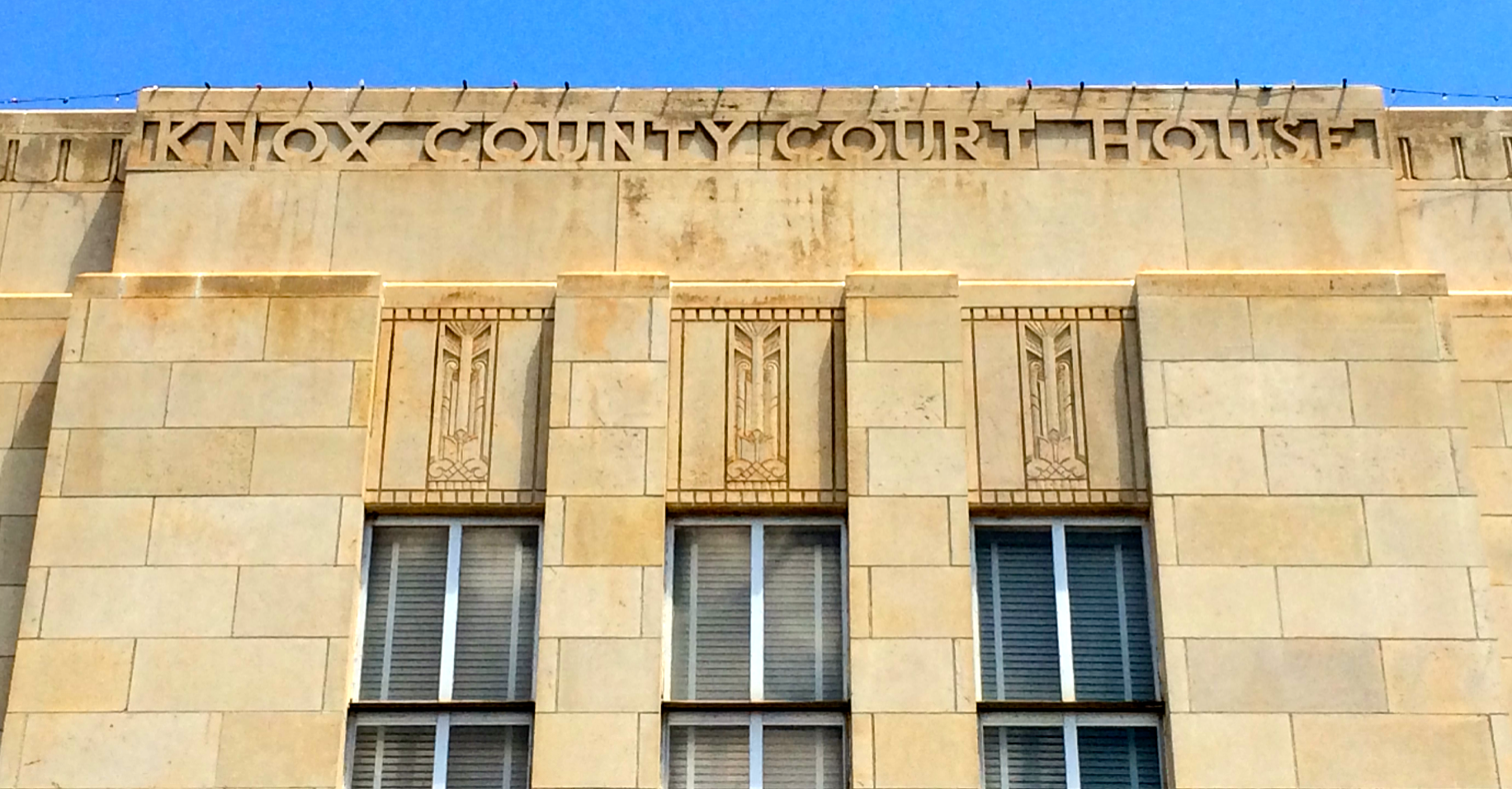 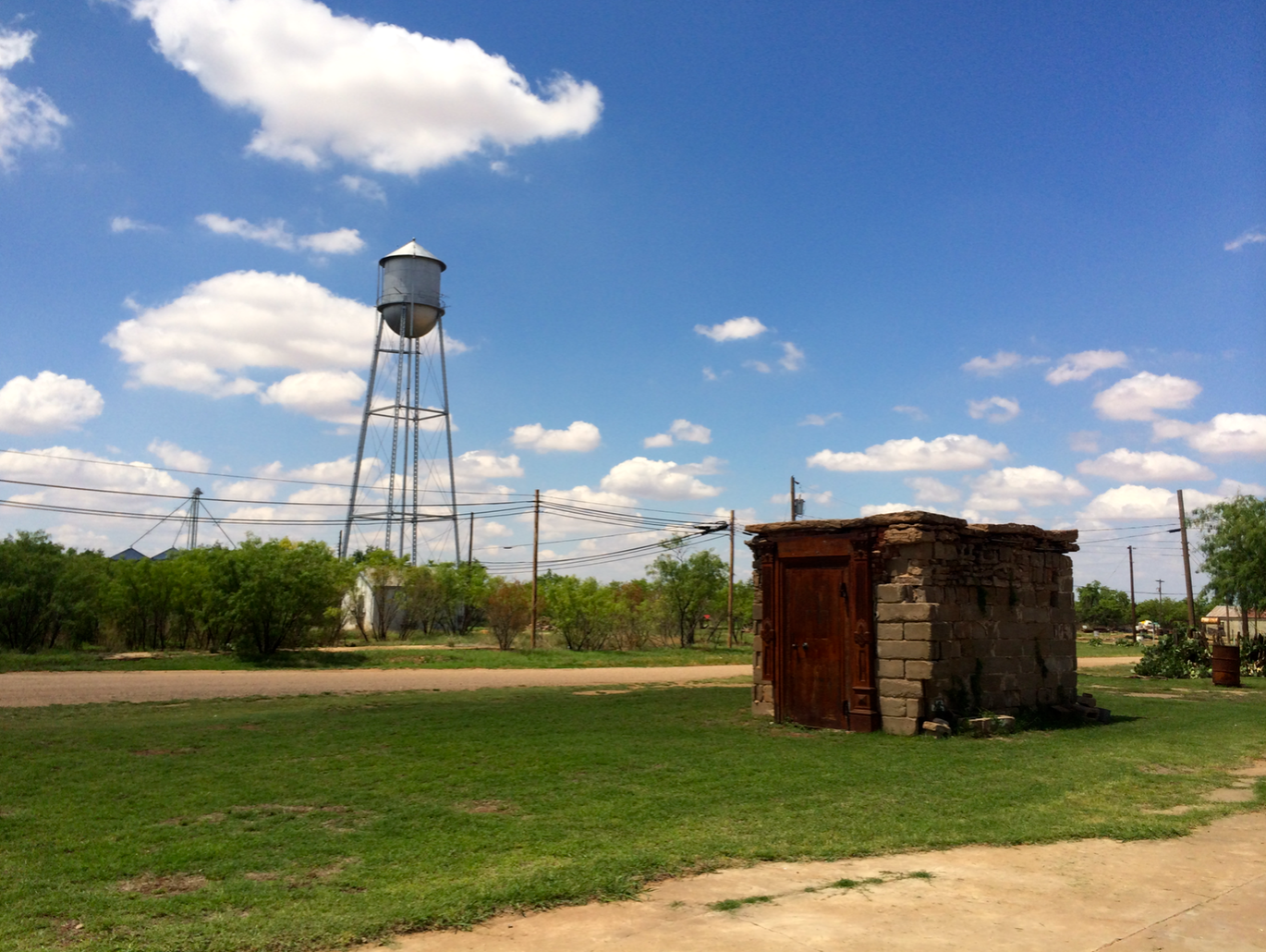 A lone safe sits on an empty lot directly adjacent to the courthouse. A county employee informed me that a bank once stood there, but its safe is all that remains. 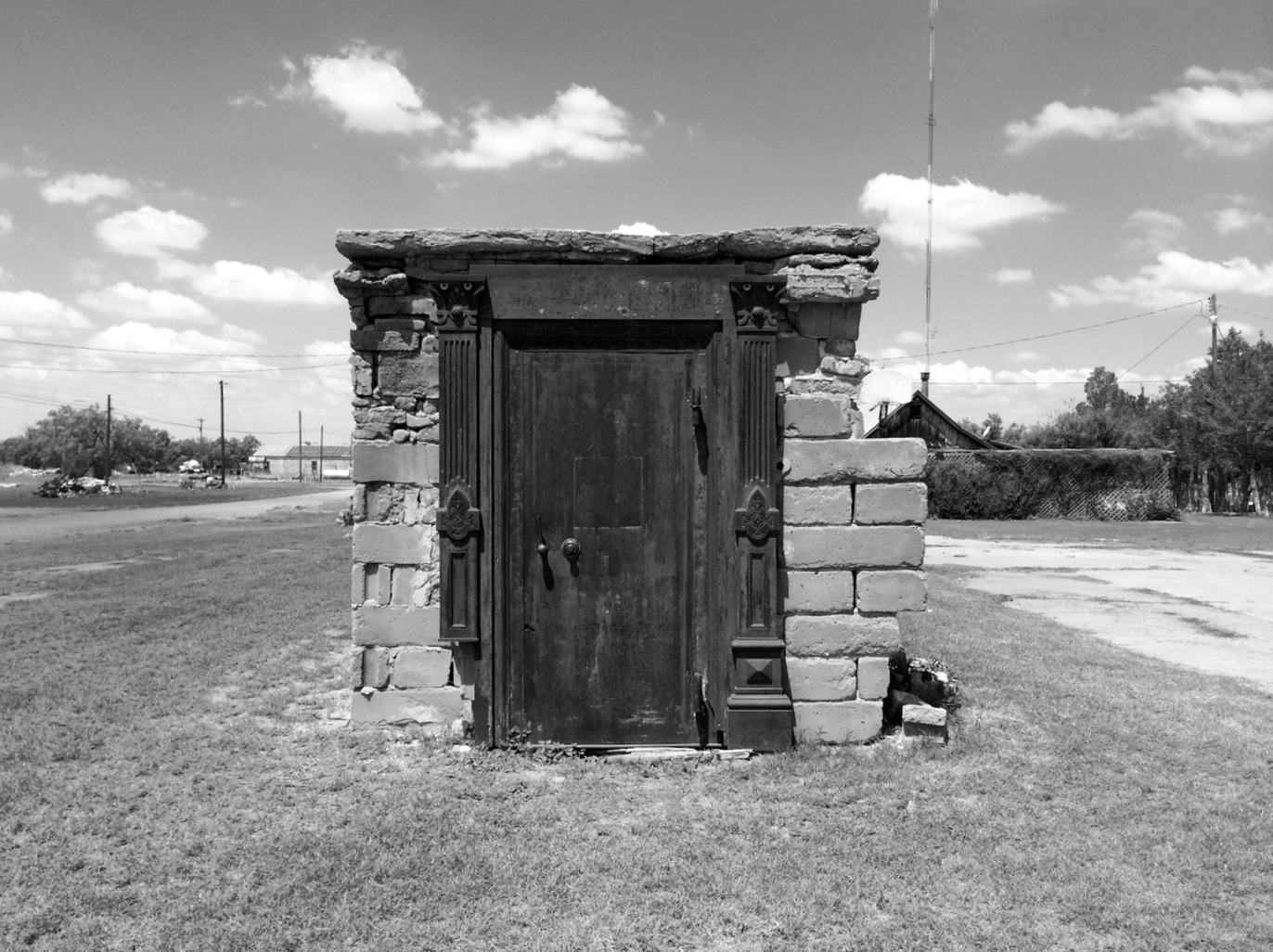 The old Knox County Jail is just west of the safe. To my knowledge, it now functions as a private residence. 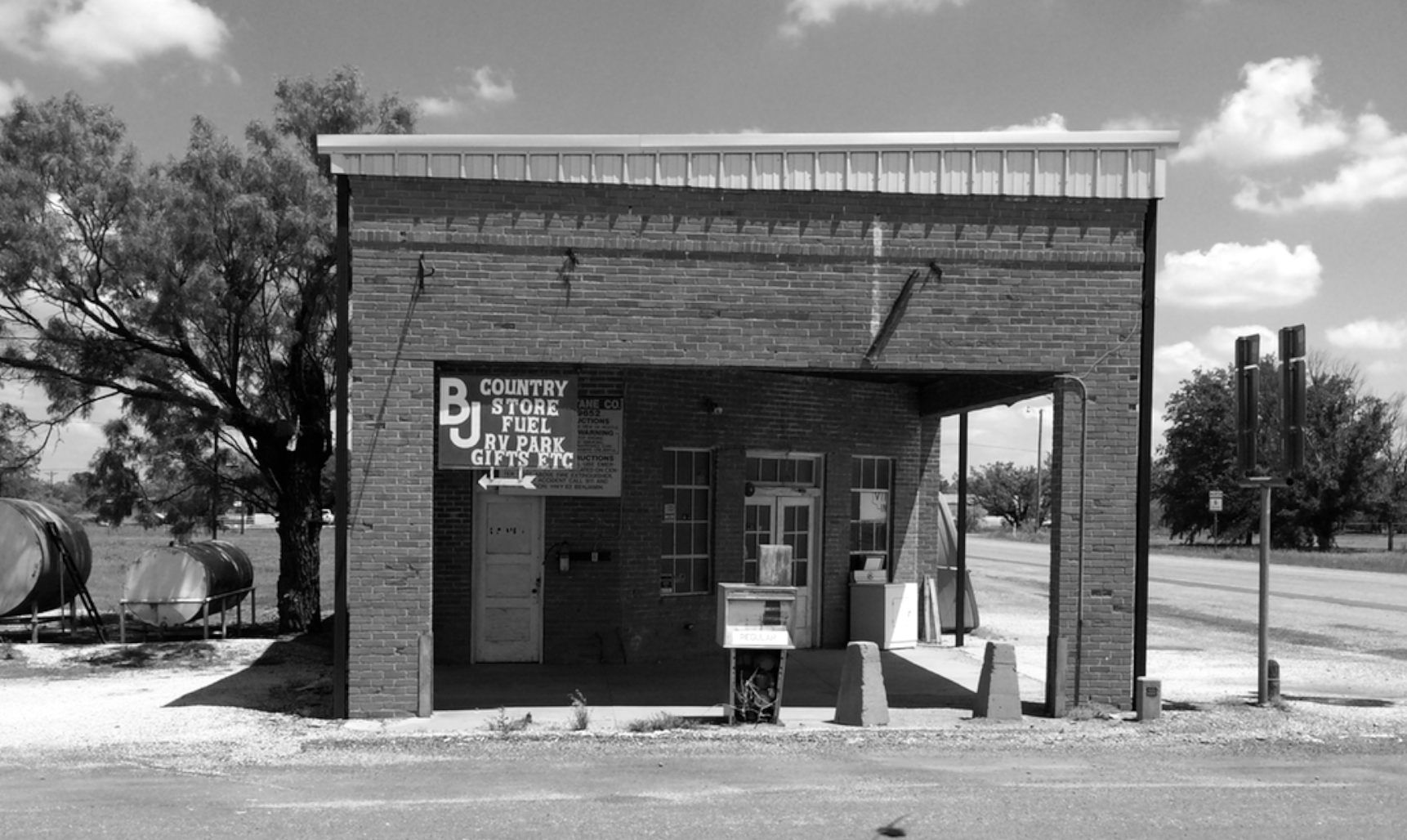 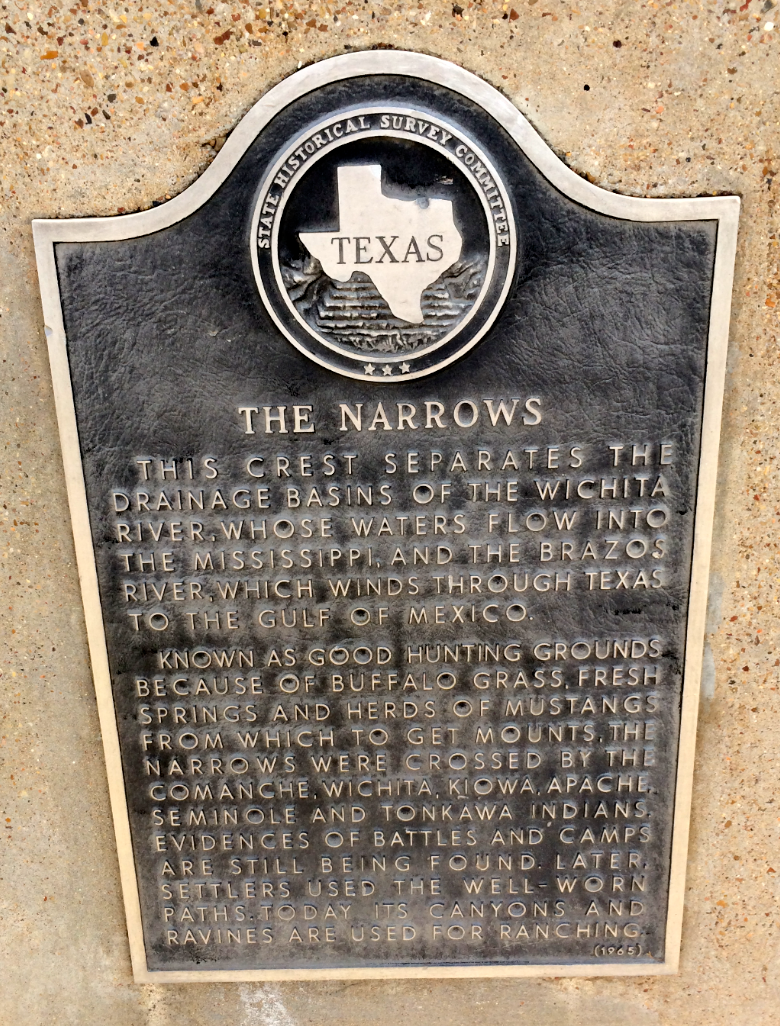 The Narrows, a series of canyons and ravines in eastern Knox County, provides excellent views of the terrain in this part of Texas.