“Liberty County, bisected by the Trinity River, is on U.S. Highway 90 halfway between Beaumont and Houston. This part of Southeast Texas is in the Coastal Prairie. The center point of the county, which comprises 1,174 square miles, is at 30°11′ north latitude and 94°50′ west longitude, near the Trinity River and the Hardin oilfield.”

“In 1831 land commissioner José Francisco Madero organized a municipality known as Villa de la Santísima Trinidad de la Libertad, which embraced most of Southeast Texas; it was bounded on the east by the Sabine River, on the west by the San Jacinto, by Nacogdoches Municipality on the north, and by the Gulf of Mexico to the south.Hugh B. Johnston served as alcalde. The new seat of government, called Liberty by the Anglo-Americans, was located about three miles southwest of old Atascosito.”

“Liberty County, formed and organized in 1836 in the new Republic of Texas, originally included all of the future Tyler County and parts of what later became Hardin, Chambers, San Jacinto, and Polk counties. Liberty was named county seat and incorporated in 1837. Sam Houston maintained two homes in the area and purchased more than 20,000 acres of land within the county’s original boundaries.” 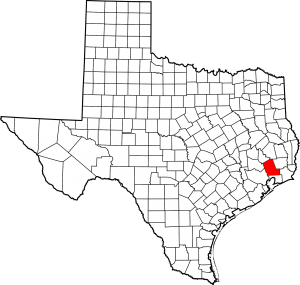 “Antebellum Liberty County was characterized by plantations along the Trinity that raised cotton, sugarcane, tobacco, indigo, grains, and vegetables. Lumber mills were in operation, and Liberty shipped cotton, hides, Indian corn, cattle, and lumber down the Trinity. The county economy received a further boost in 1840 when James Taylor White established the cattle industry with an extensive ranch at Turtle Bayou in what is now Chambers County.”

“Efforts to extend the navigable portion of the Trinity began in 1852 and continued spasmodically thereafter. Only the Texas and New Orleans Railroad (later the Southern Pacific) from Houston via Liberty and Beaumont to Orange was in place by 1860. [The Civil War interrupted these efforts.] In 1871 steamboat travel resumed when the Trinity River Navigation Company, with headquarters at Liberty, incorporated to run steamboats from that city to Galveston. United States government assistance for making the Trinity more navigable came after 1880, and by 1940 a total of 236 miles of waterway had been constructed.”

“Prospecting for oil began about 1901, chiefly in the southern part of the county. Daisetta and Hull became oil towns after a nearby field was discovered in 1918. Wells were brought in at Old River Lake by 1904. Others were opened at North Dayton, Esperson Dome, Moss Bluff, Davis Hill, and South Liberty in 1925 and Hankamer in 1929. Pipelines crossed the county.”

“In 1930 swine raising peaked at 31,242 hogs, and in 1936 Liberty County was the leading hog county in the state. Hog production declined in the 1930s and recovered somewhat by 1940. Cattle raising held steady at some 30,000 head through 1950. Lumbering also remained an important county industry. With its varied agriculture and resource industries, Liberty County was spared some of the worst effects of the agricultural fluctuations of the 1920s and the Great Depression.”

“Cleveland became a lumber and oilfield supply center, Dayton a rice and oilfield center, and Hull and Daisetta oil and lumber markets. Liberty, remaining a key port on the barge canal, shipped sulfur, chemicals, and steel. Agribusiness and tourism expanded in this period, and many residents found work in the Houston metropolitan area.”

“By the 1980s, 52 percent of the land was in farms and ranches and 36 percent was under cultivation. Nevertheless, the county continued to be known primarily for forest products. Primary crops included rice and soybeans, wheat, hay, and some watermelons, peaches, and pecans. Business establishments numbered 954. Oil and gas, sulfur, veneer and plywood, concrete, steel, and metal goods were other major industrial products. Farmers planted 4,800 acres of hay, 34,100 acres of rice, and 89,300 acres of sorghum in 1982, when cattle numbered 22,000.”

“In 1994 Trinity River National Wildlife Refuge in northern Liberty County was established with the purchase of 4,400 acres. The purpose of the refuge, which continued to grow to 25,000 acres, is to protect part of the bottomland hardwood forest ecosystem along the Trinity River. The refuge is also a habitat for diverse waterfowl species, more than 620 plant species and 400 vertebrate species.”

“Liberty (population 9,028) is the county’s largest town and its seat of government; other communities include, Cleveland (8,010), Dayton (7,642), Ames (1,078), Daisetta (1,008), Hardin (869), Plum Grove (628), Kenefick (605), North Cleveland (249), and Devers (466). The Big Thicket National Preserve, in the northern part of the county, provides recreation with its several lakesThe county celebrates the Mayhaw Festival at Hull and Daisetta in April and May, andthe Trinity Valley Exposition and County Fair at Liberty in October. Historical markers in the county are placed at the La Bahía Road crossing on the Trinity, at the site of Old Atascosito three miles northeast of Liberty, and at the site of Champ d’Asile.” 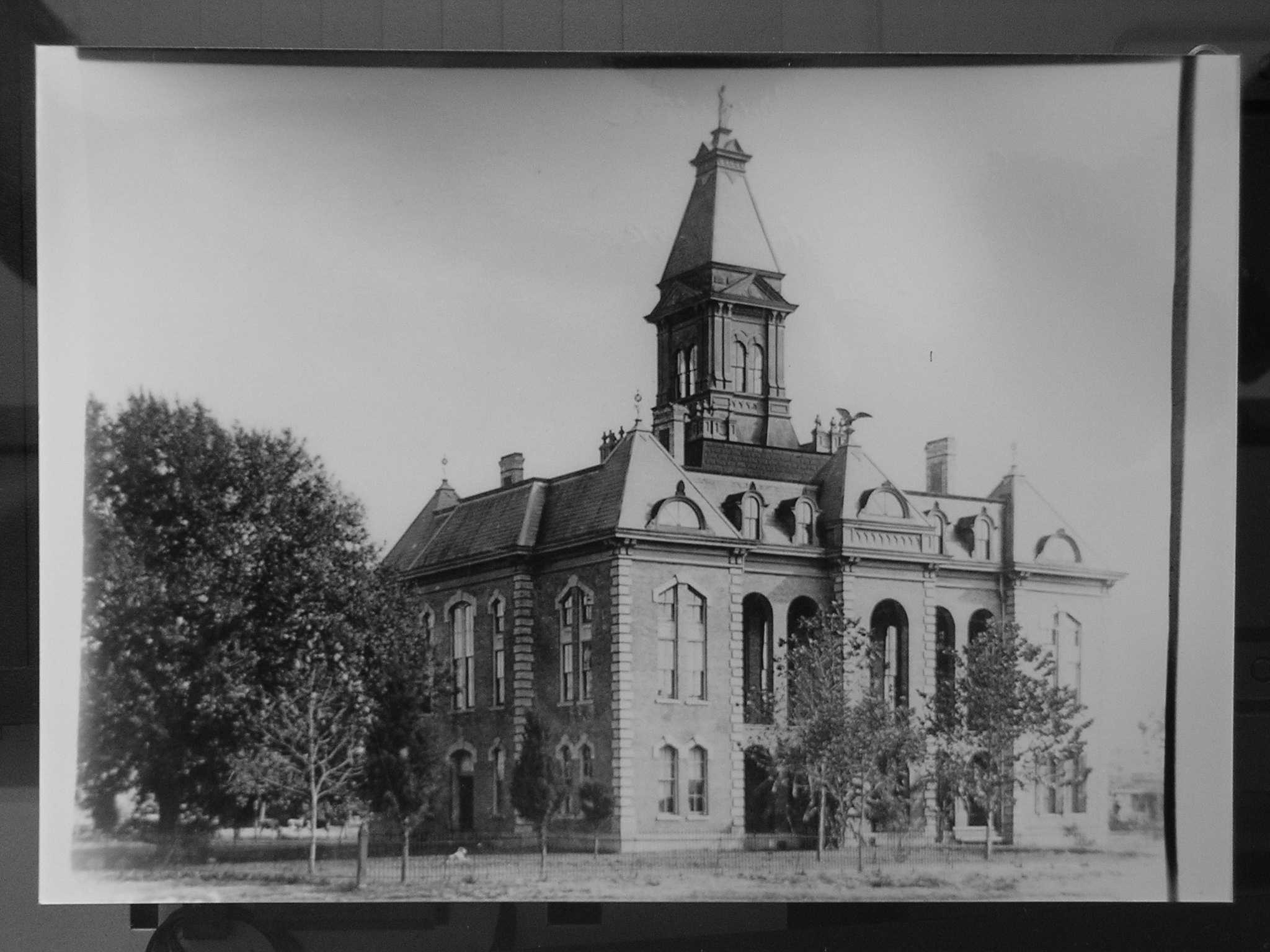 This courthouse is another design of the popular firm: Martin, Byrne, and Johnston. And for this building in particular, a fourth architect aided the trio: an Applegate of Victoria, Texas. Crafted in the Second Empire style, it stood three stories with a tower and had a total of thirty rooms. The cornerstone, donated by William Martin, weighed 1,275 pounds. The entire structure cost Liberty County $35,757 and was destroyed in the early 1930s. 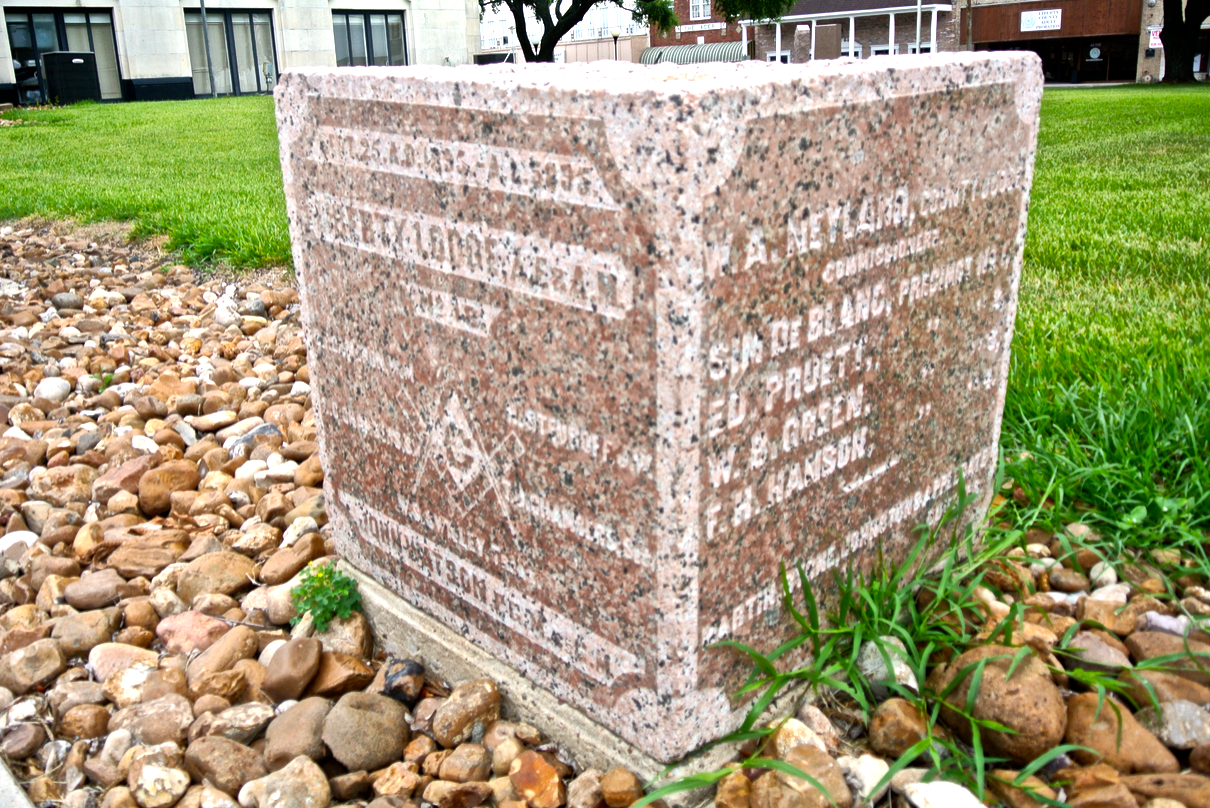 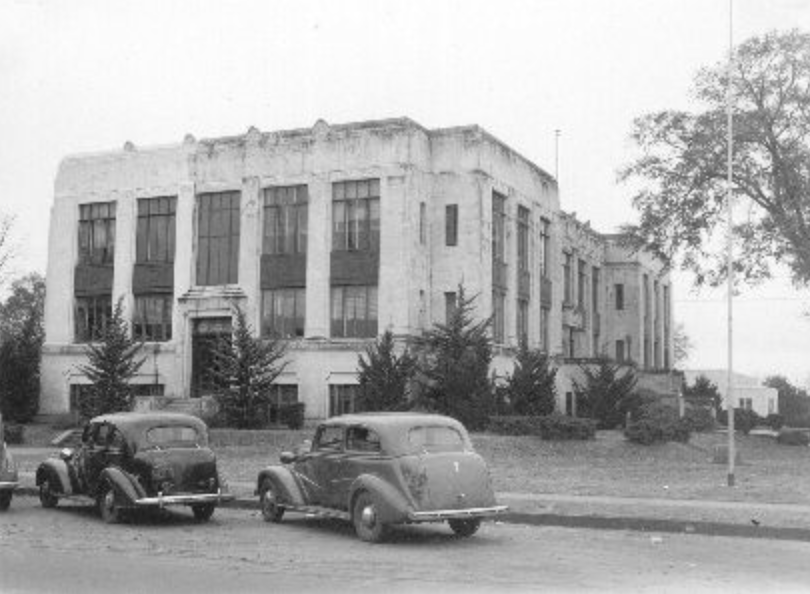 The photo above shows the courthouse, in dilapidation, circa 1939. It is remarkable that in eight years (the courthouse was constructed in 1931), it was able to tack on this much disrepair. Thankfully, this Corneil G. Curtis design was renovated in 1957. Additionally that year, a large annex was added. More renovations occurred in 1985. 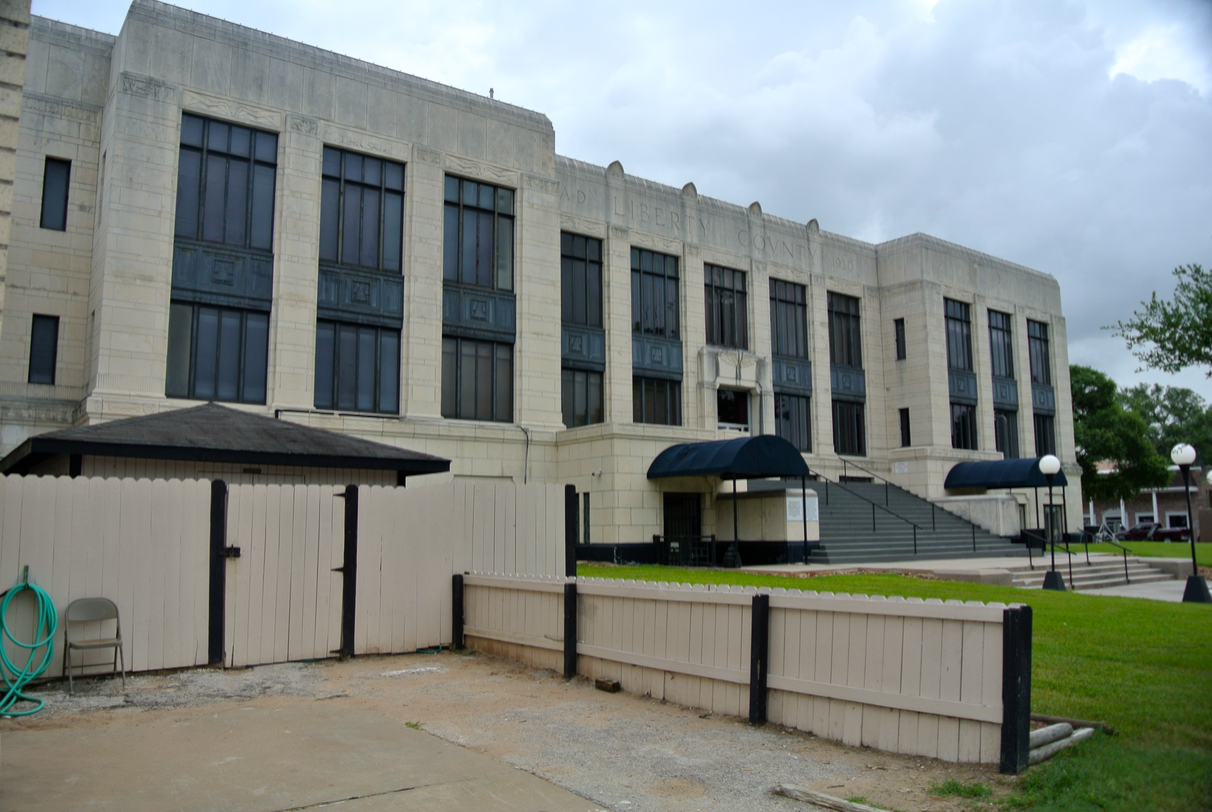 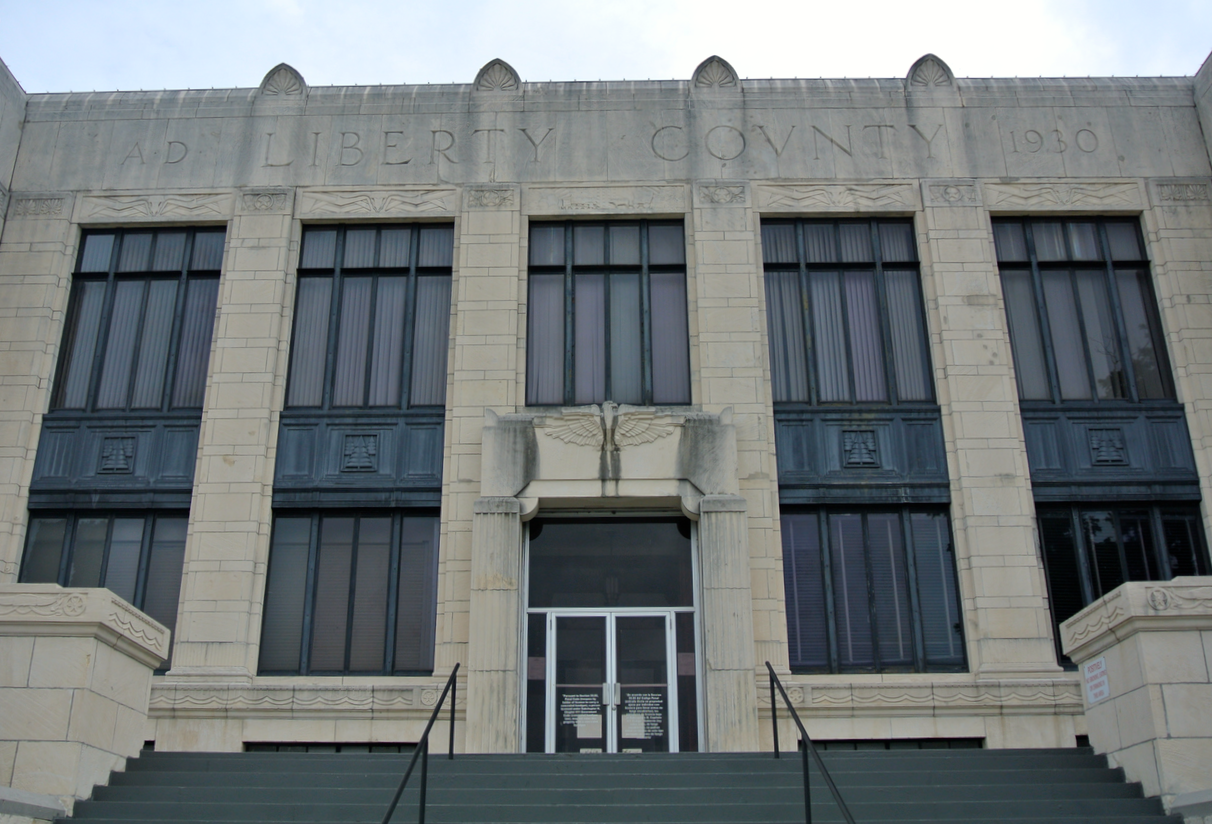 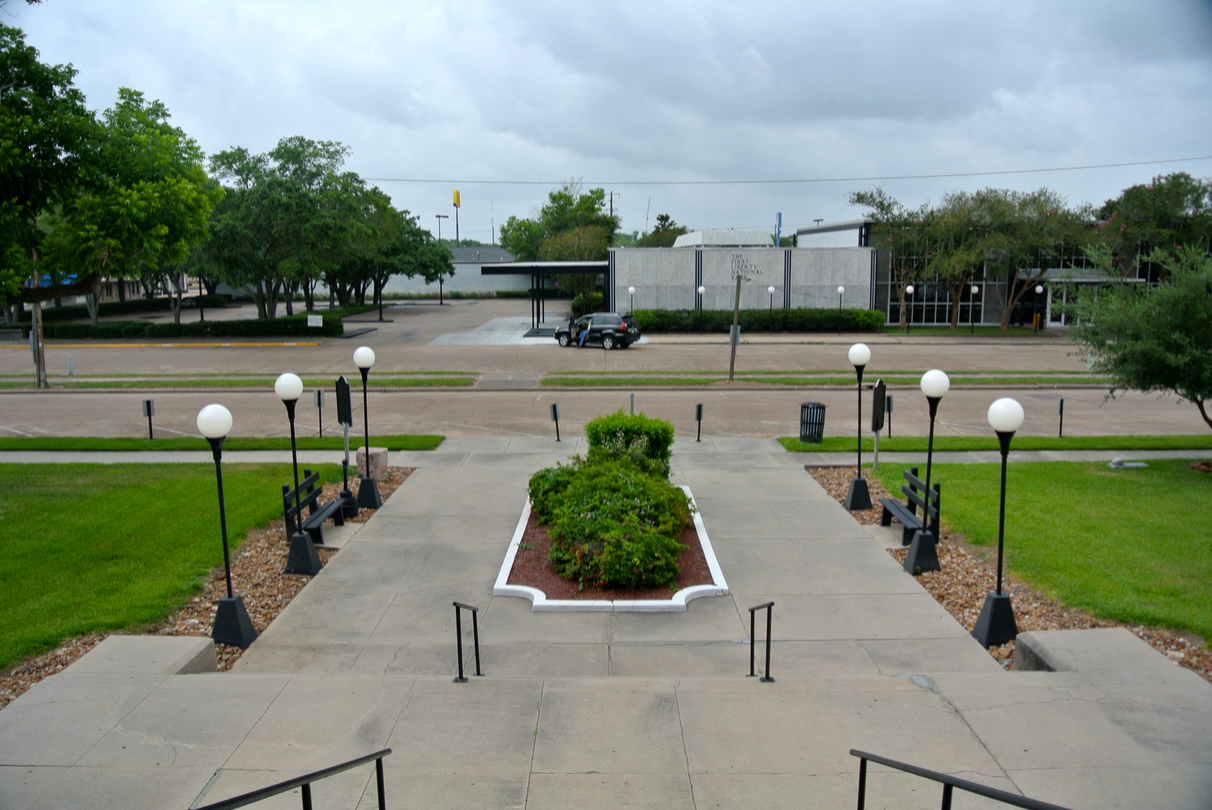 Sam Houston Street, as seen from the southern steps 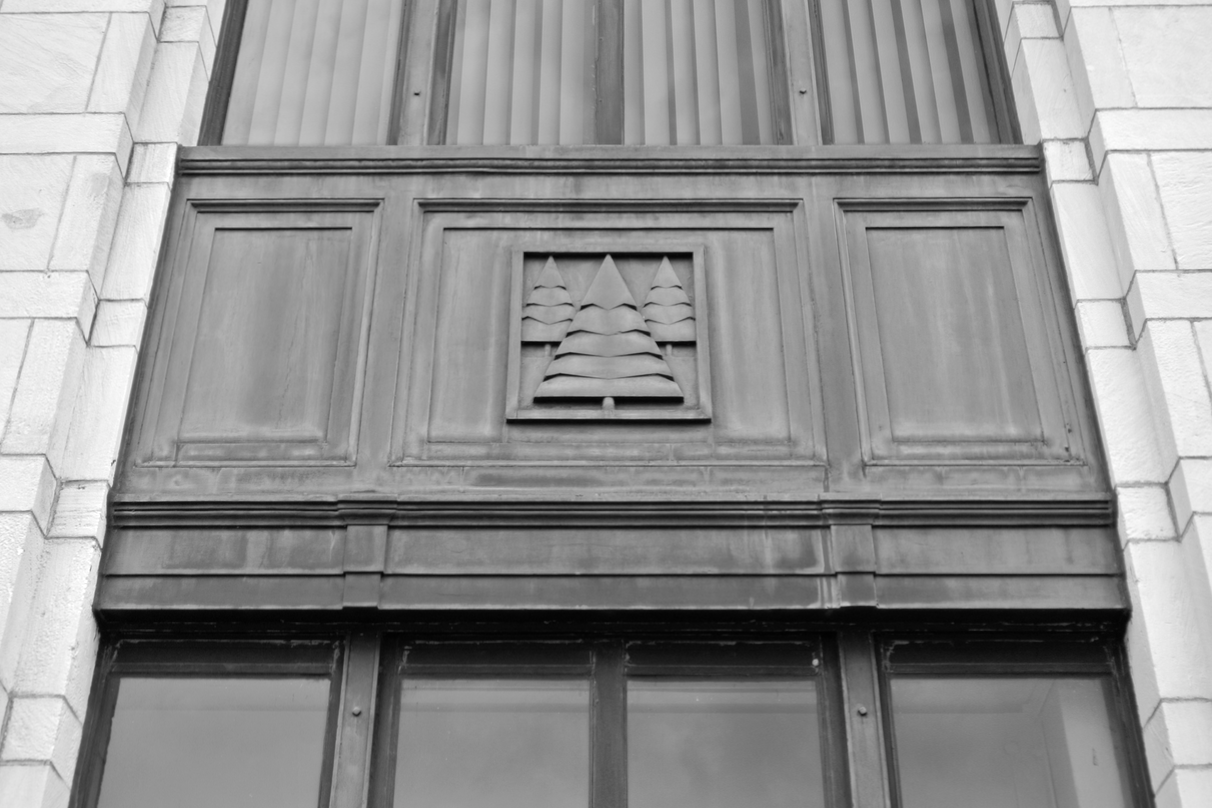 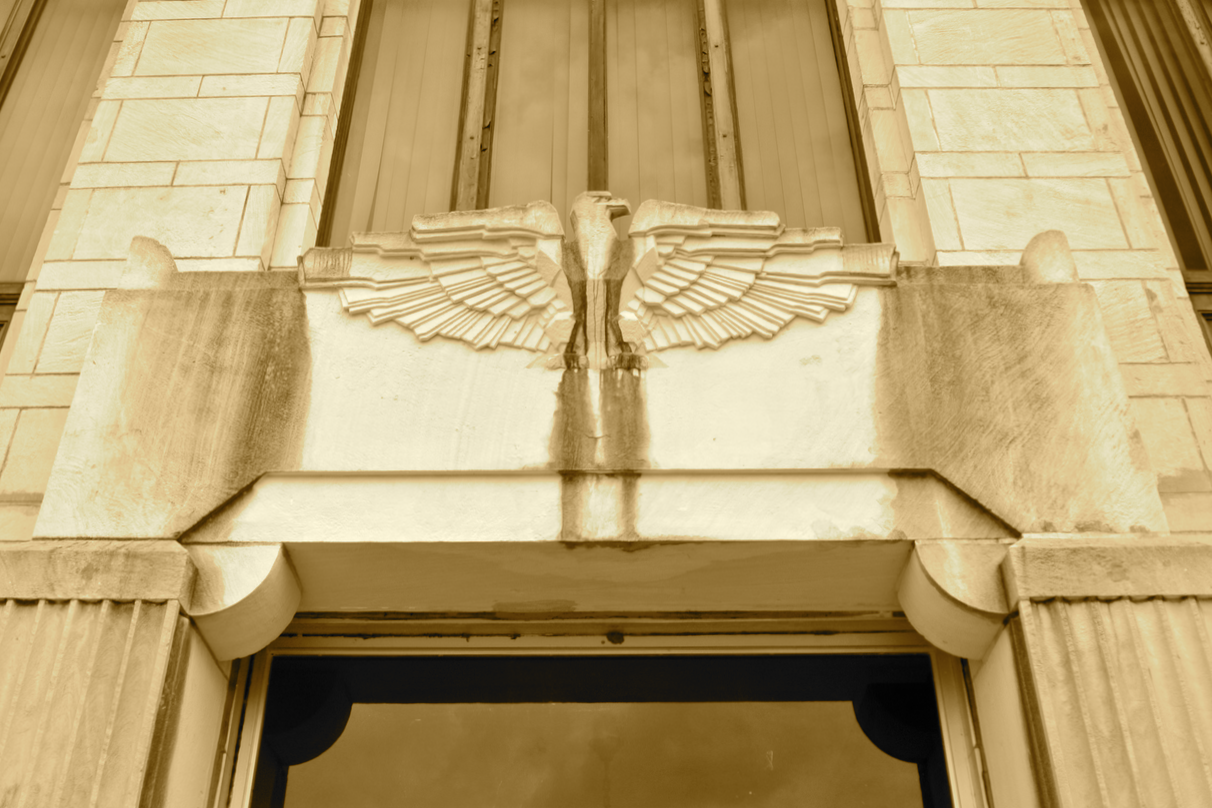 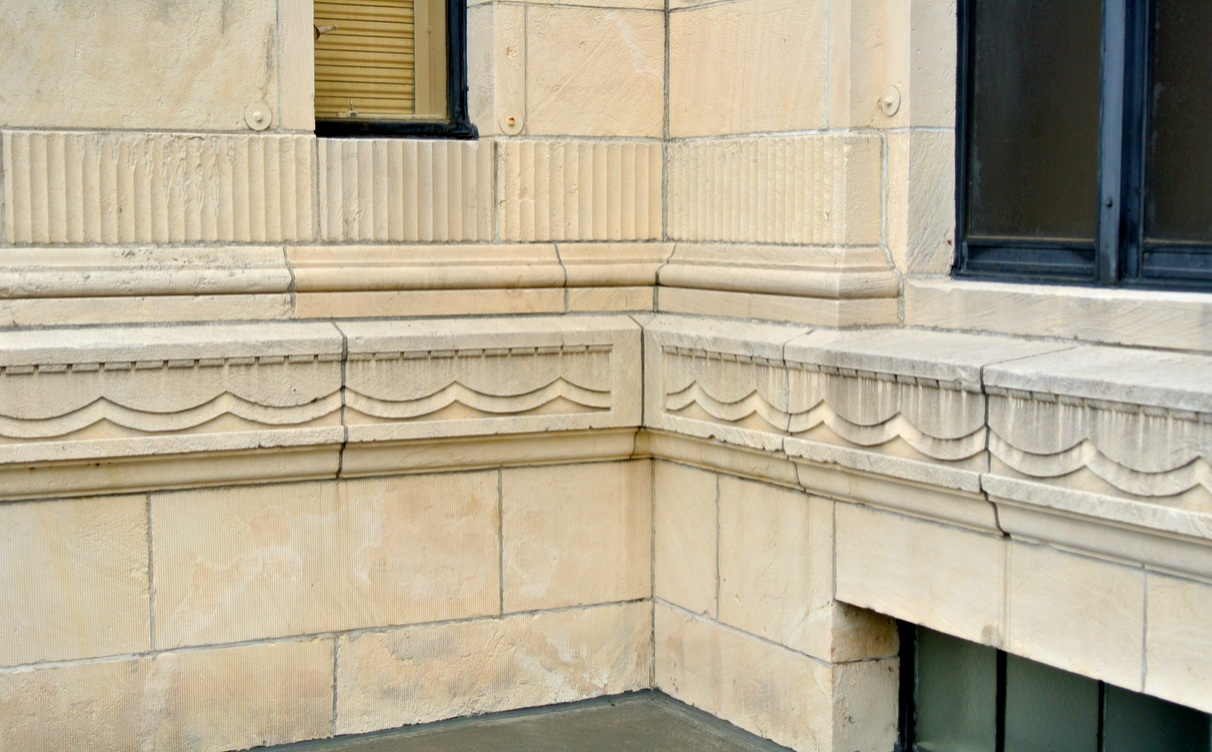 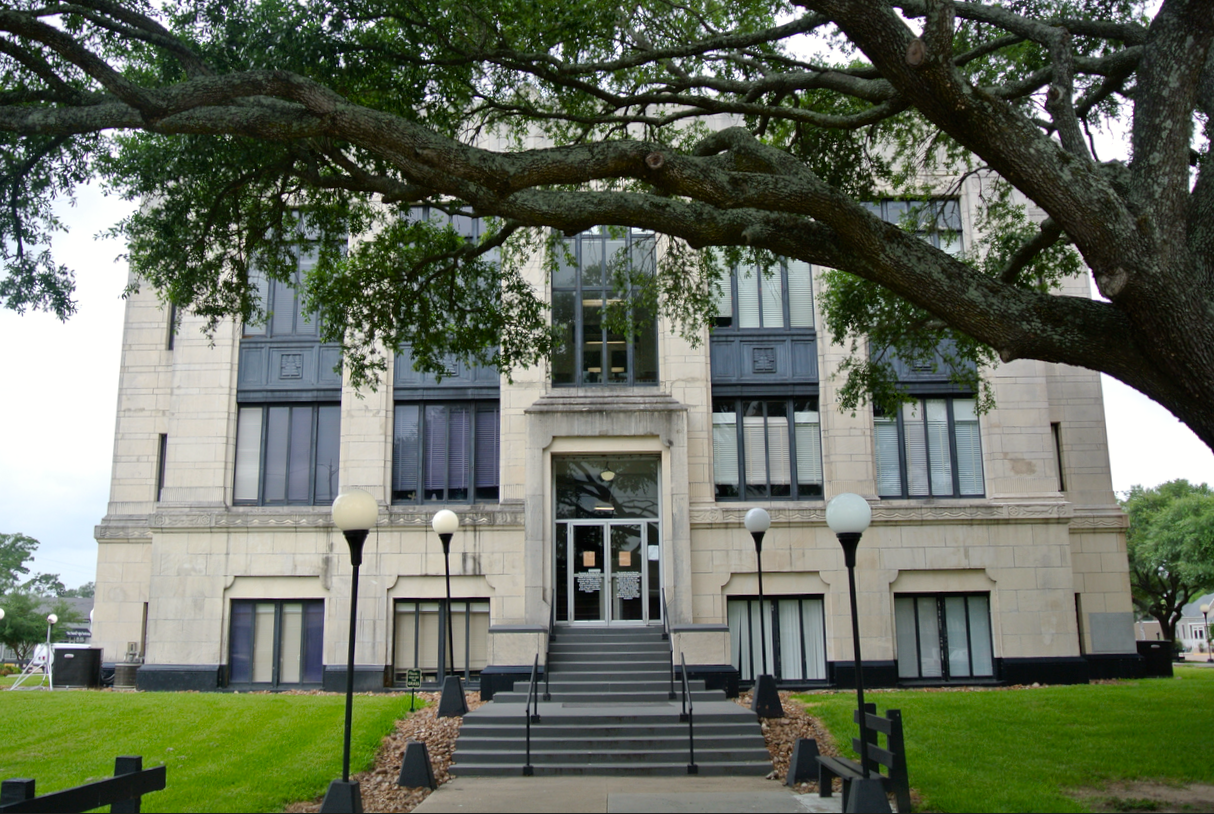 The eastern façade, on Main Street 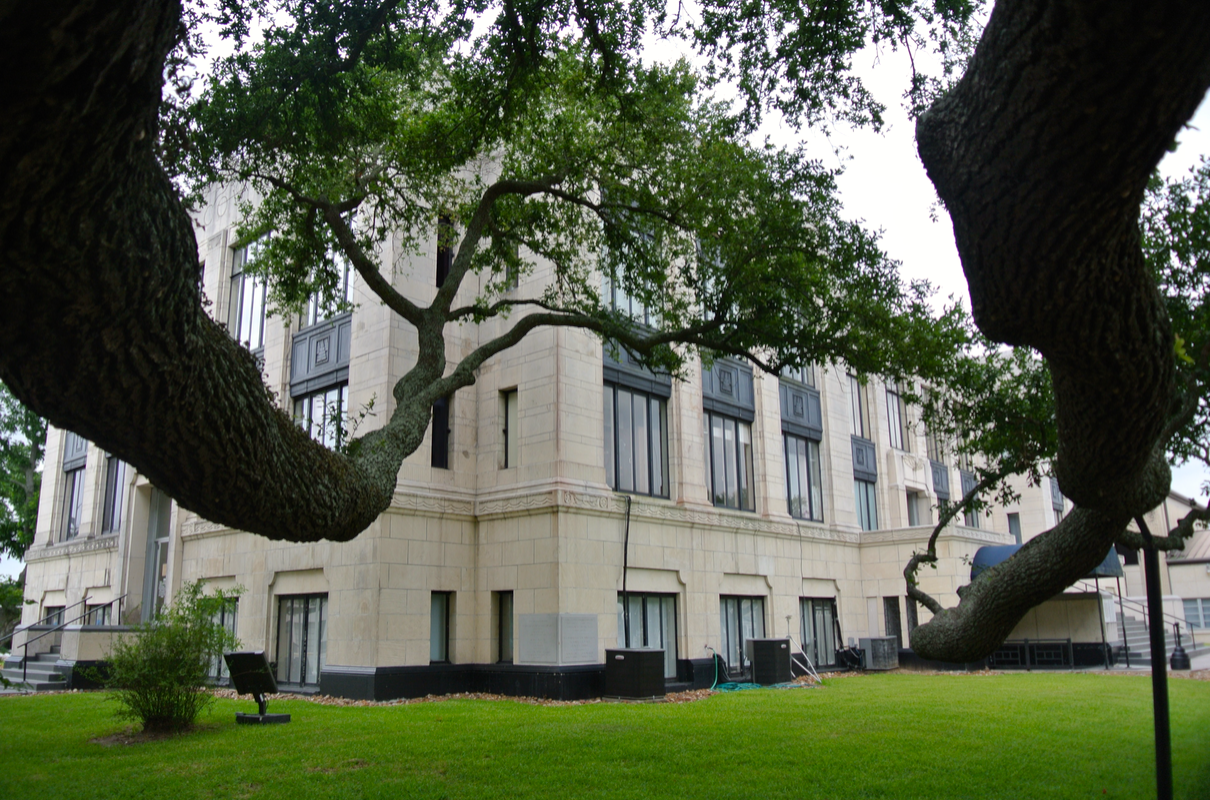 The northeast corner of the lawn is graced by a very large oak tree. 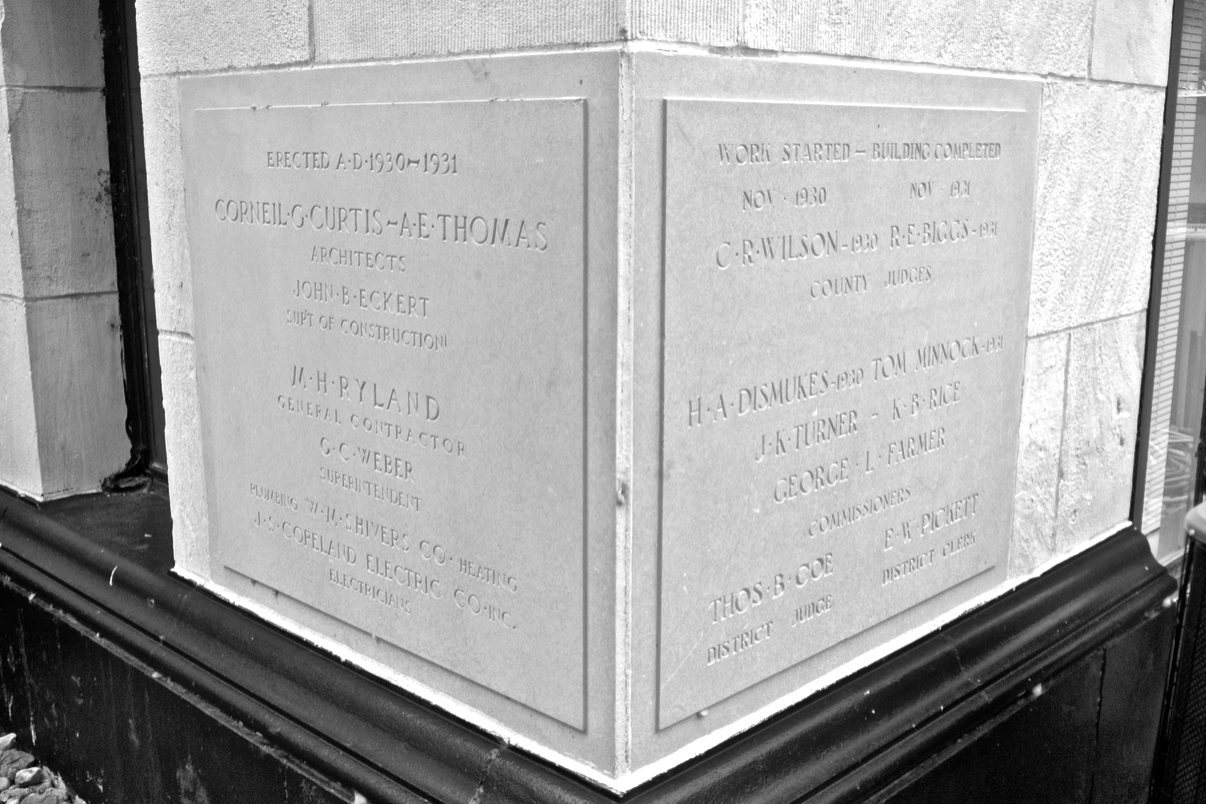 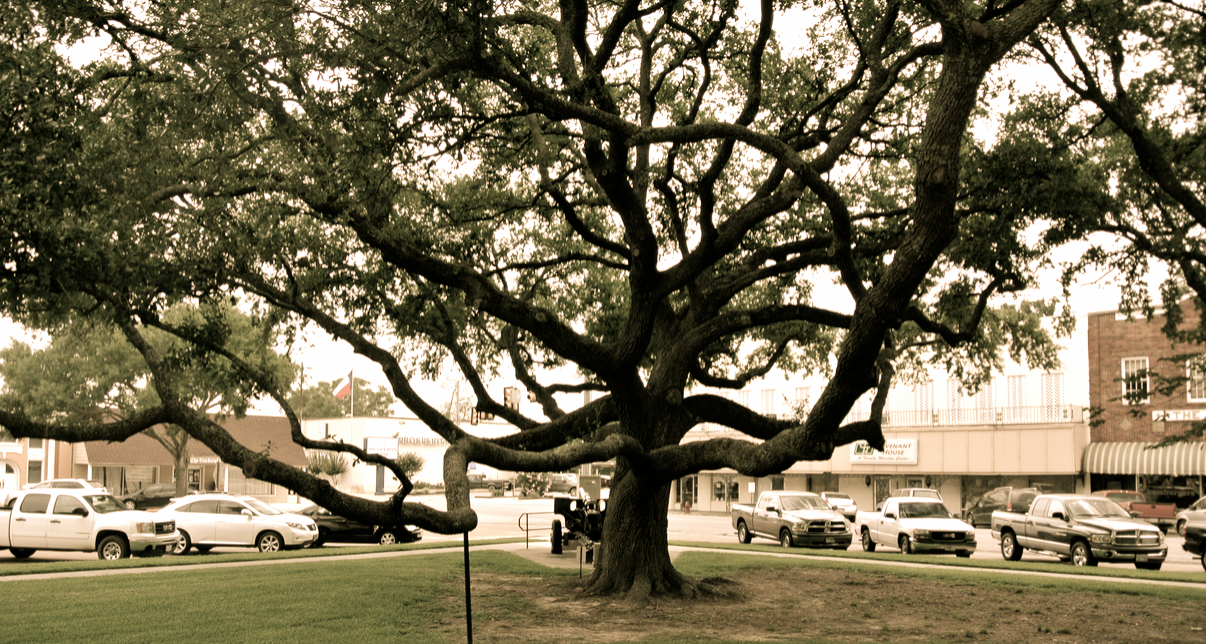 Here’s the oak tree, as seen from the corner of the building.

The northern façade, on Trinity Street 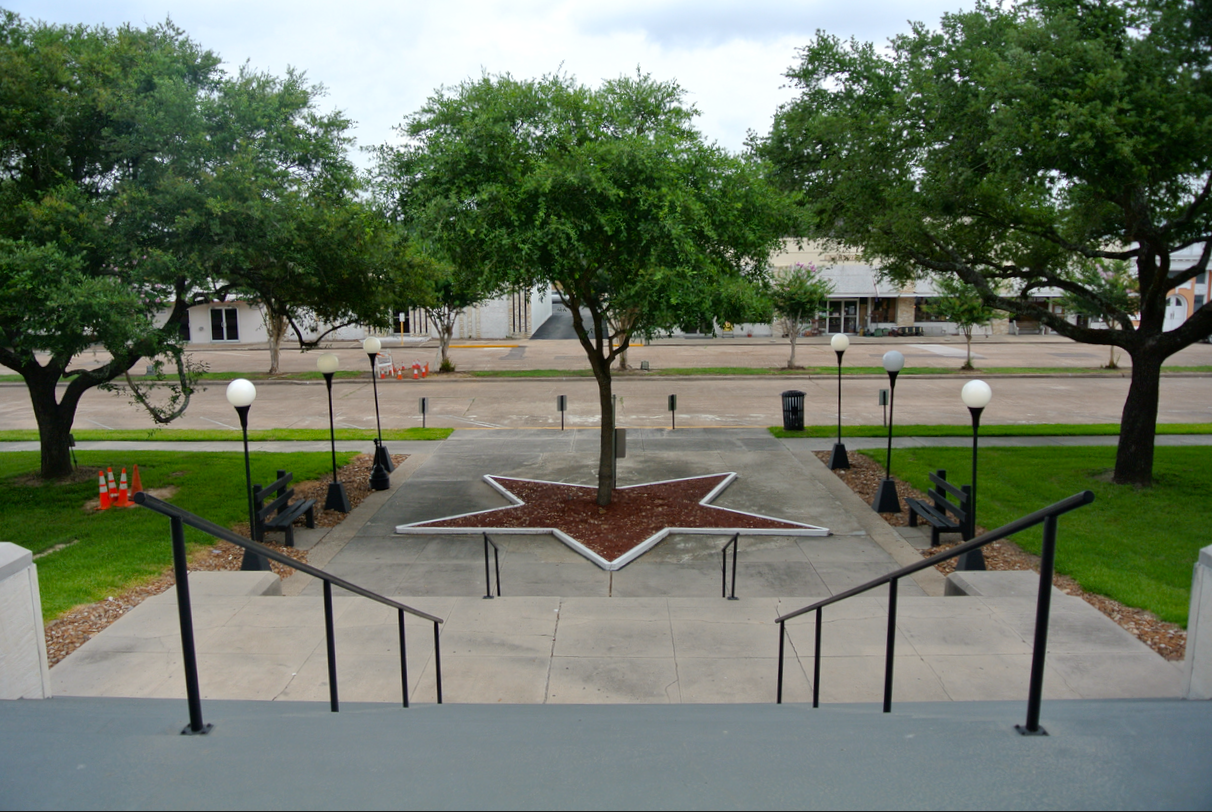 Trinity Street, as seen from the northern steps 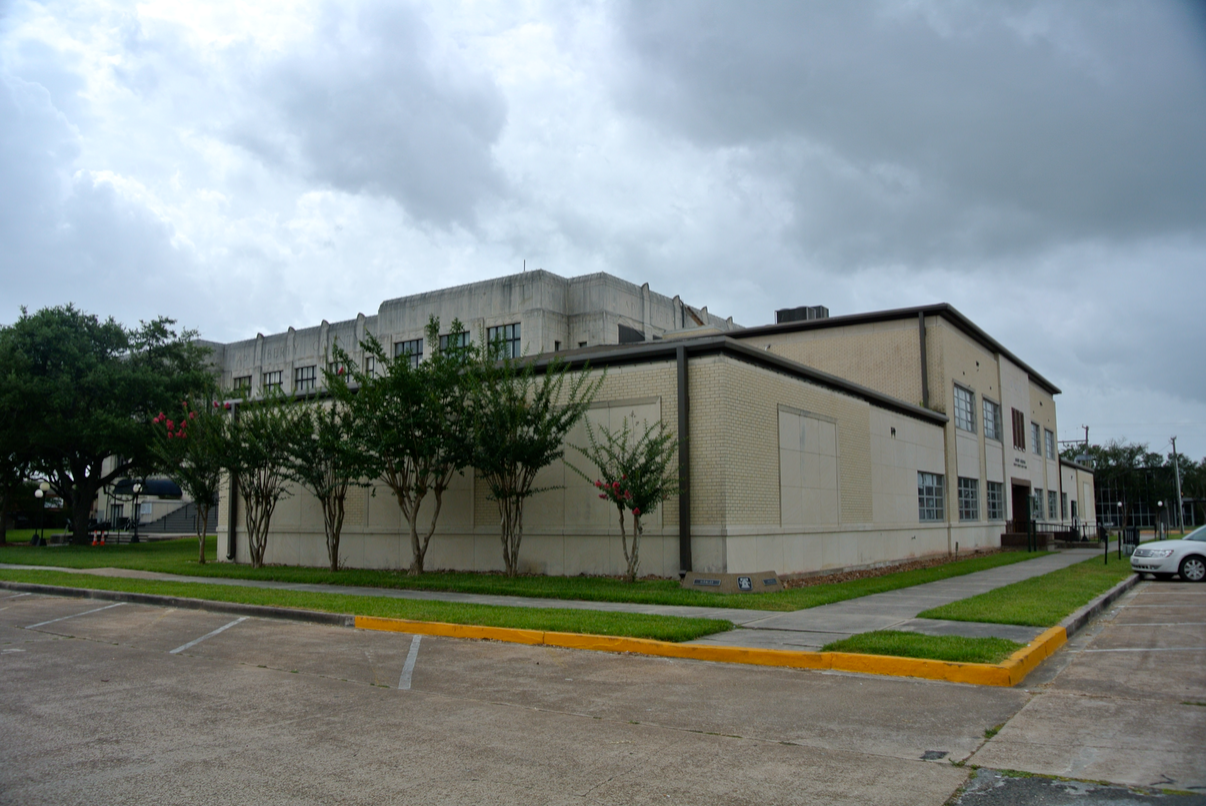 The northwest corner of the courthouse and annex 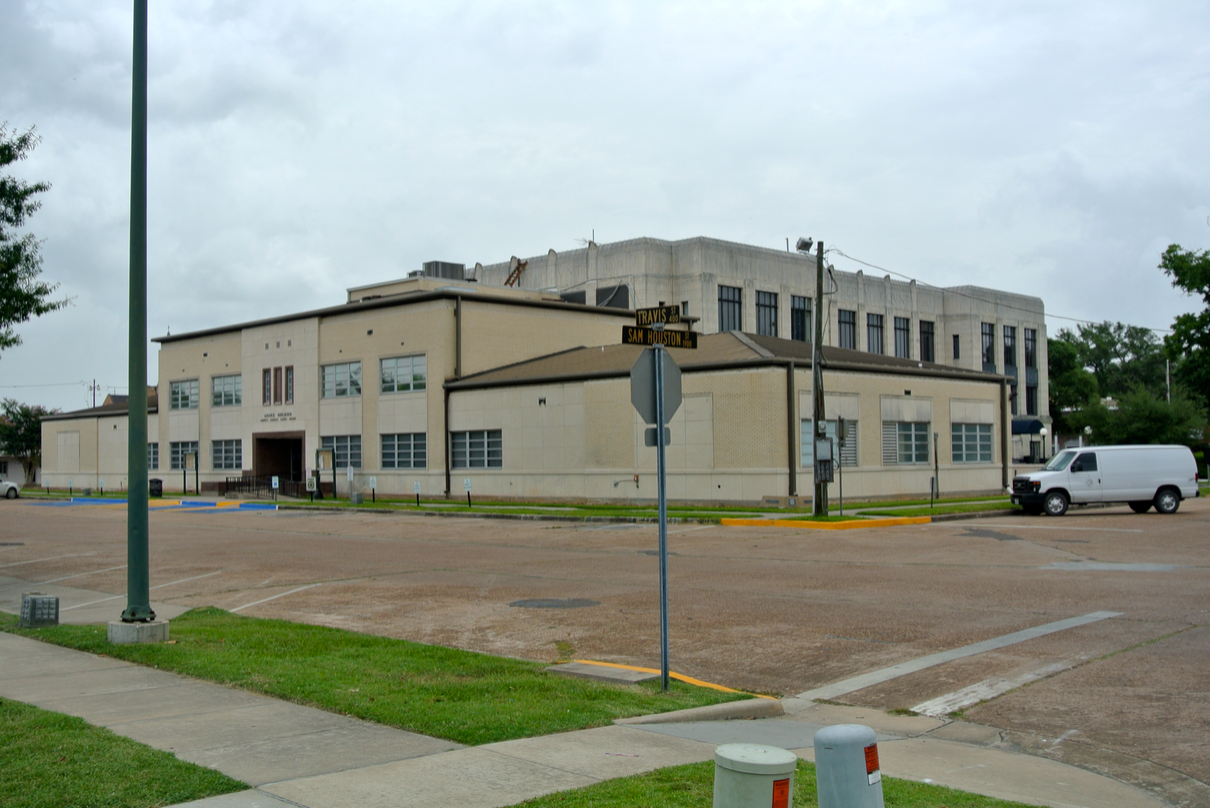 The southwest corner of the courthouse and annex 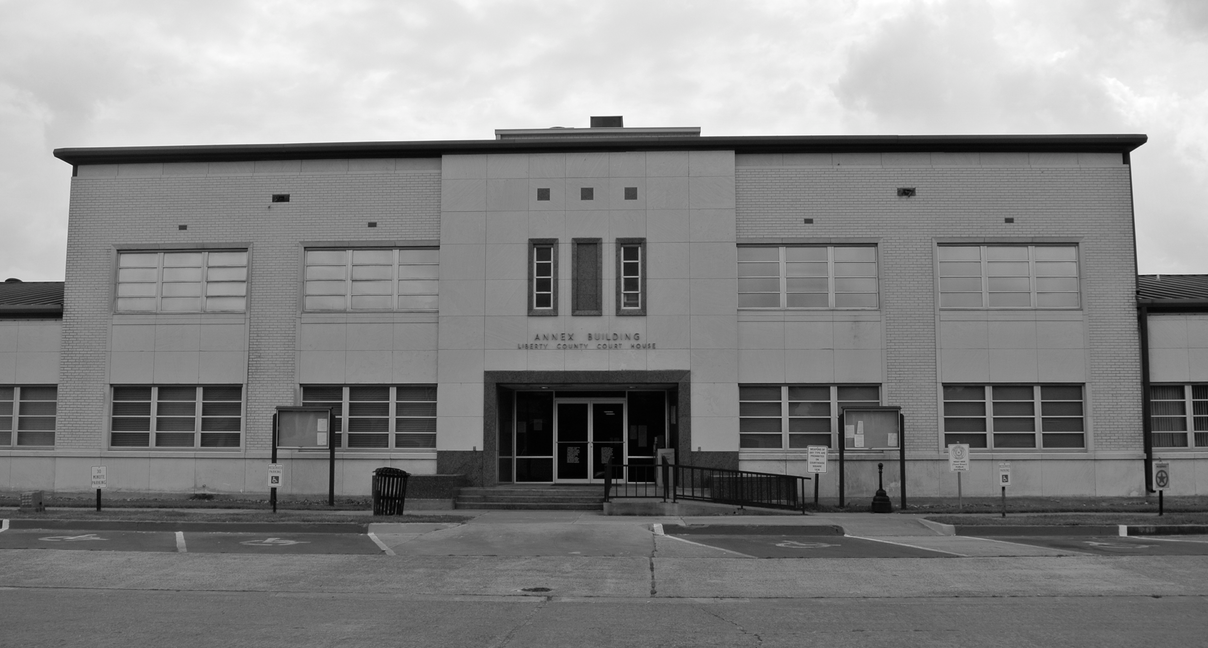 Liberty City Hall is directly across the street from the courthouse annex. 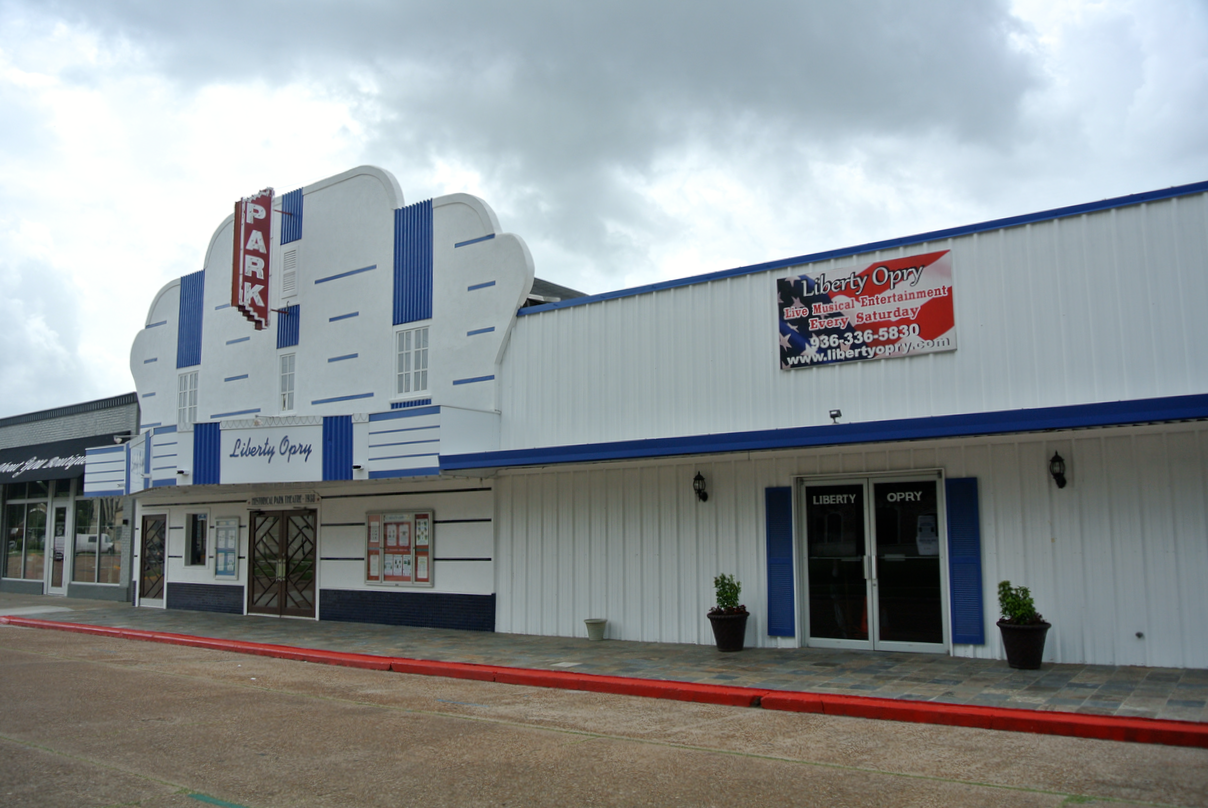 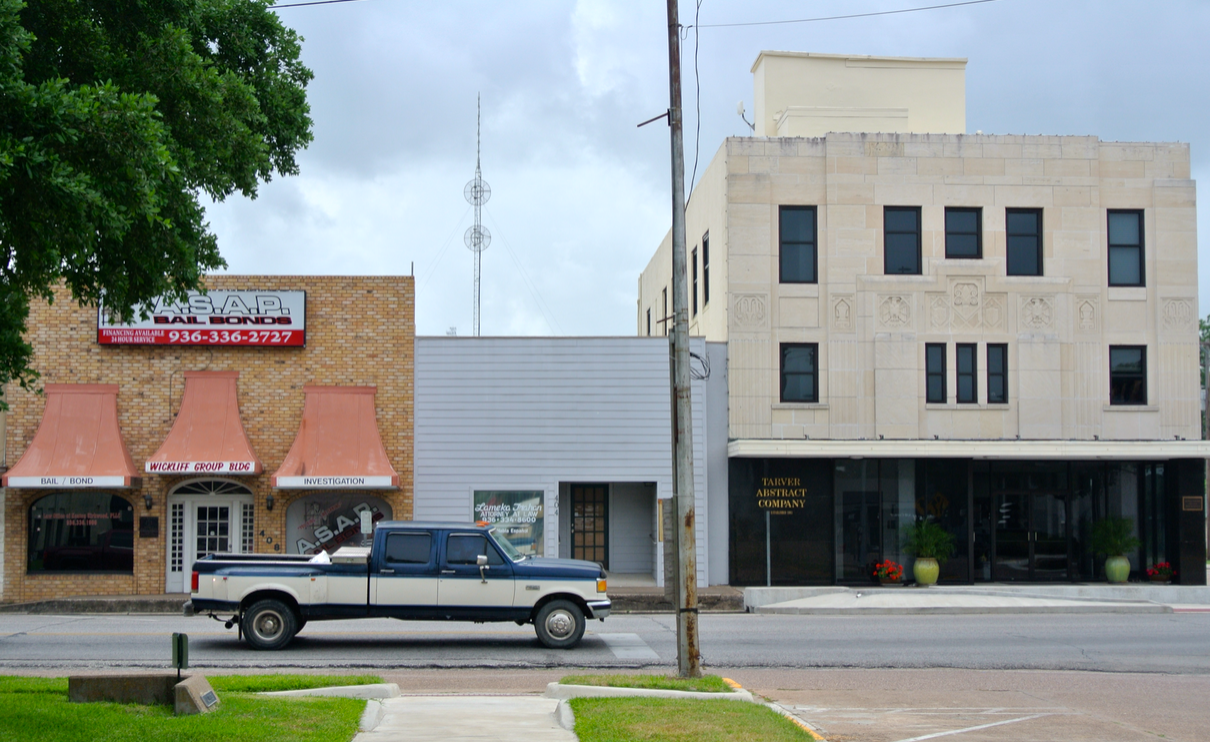 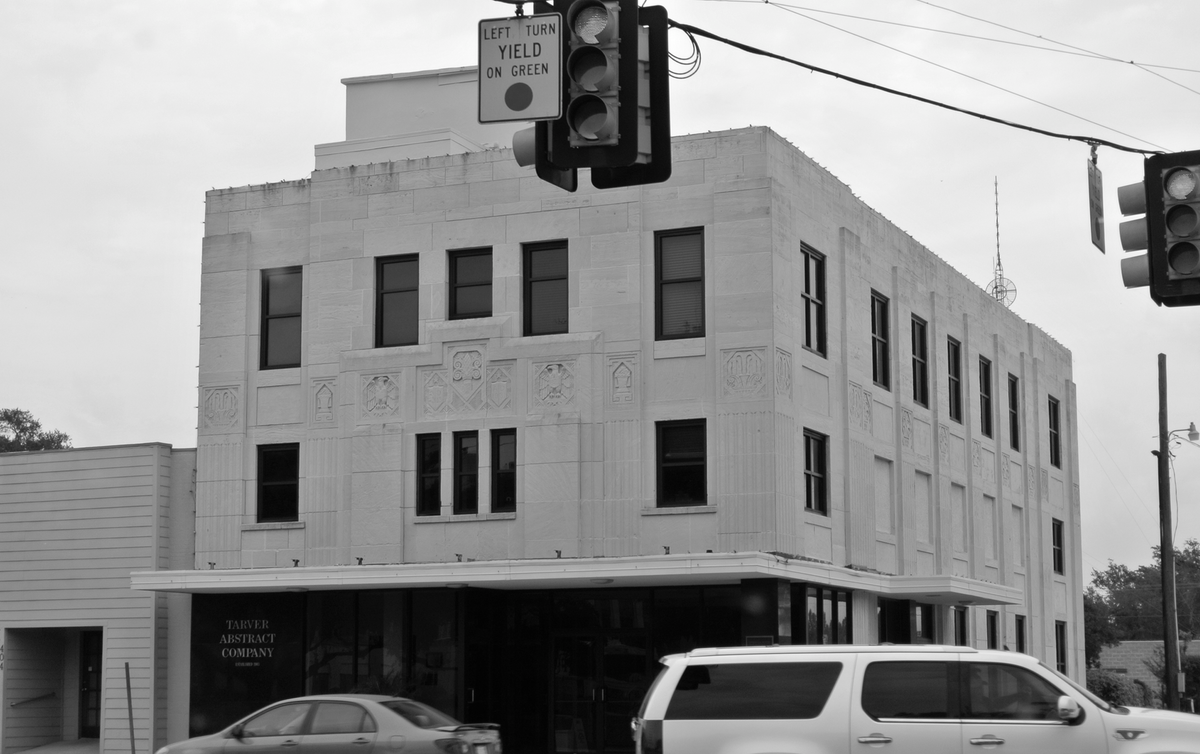 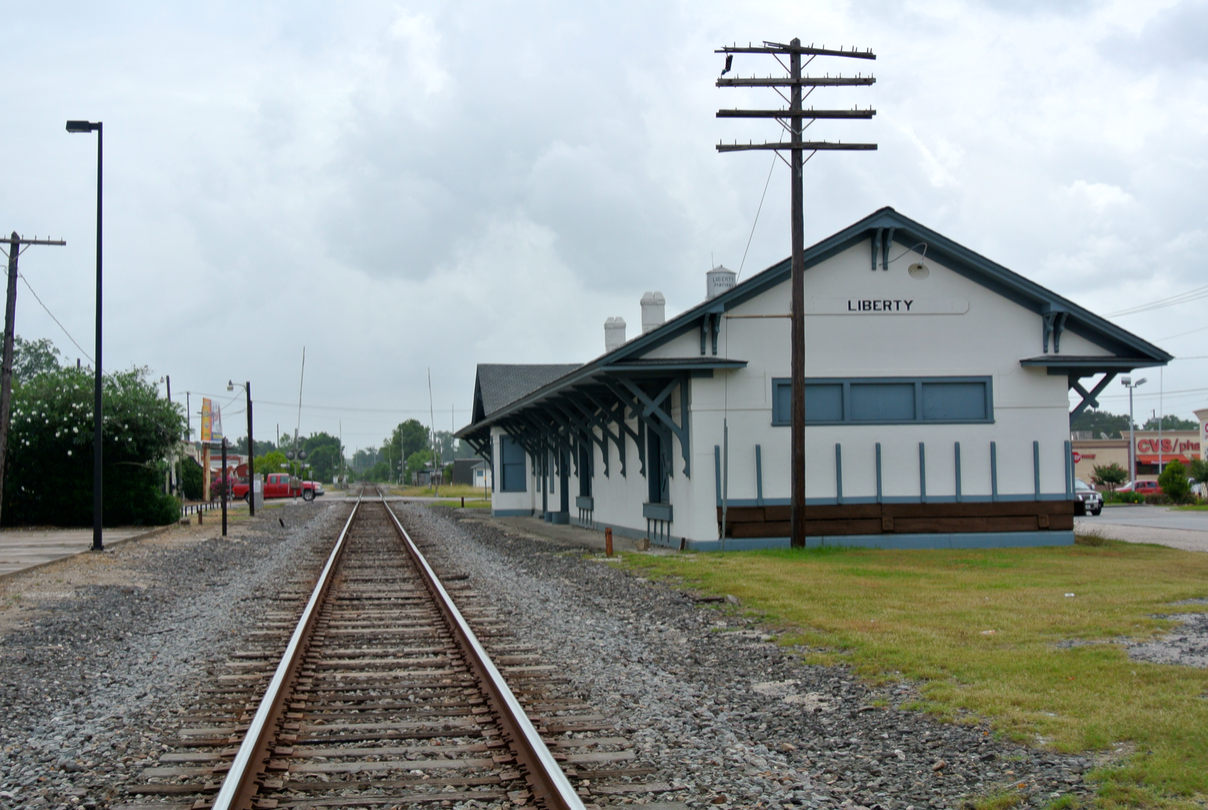