“Marion County covers 380 square miles of the dense timberlands of East Texas. The land surface is a gently rolling, rich, sandy loam, underlain by a clay foundation and cloaked by pine, cypress, and oak forests. The elevation is 200 to 500 feet above sea level. The county is drained by the Red River basin via the watershed areas of Caddo Lake, Lake o’ the Pines, and Big Cypress, Little Cypress, and Black Cypress bayous.”

“Due to a large natural log-jam and collection of snags on the Red River, known as the Red River Raft, which formed a series of navigable lakes and bayous in the river valleys of Marion County, Jefferson, founded in the early 1840s, rapidly developed a booming river trade with New Orleans. Jefferson quickly became the favored inland Texas port for the deposit and transport of North Texas agricultural produce. Thus, Marion County became the commercial conduit for frontier Texas and did not relinquish this position until the establishment of transcontinental rail links that bypassed its wharves in the mid-1870s.”

“The acquisition of lucrative Confederate government contracts proved to be a catalyst to the county’s already growing economic fortunes. For example, the Kelly Iron Works, established in the antebellum period as a successful producer of agricultural implements, received a commission to manufacture cannonballs and rifles for the Confederate States Ordnance Department. J. B. Dunn’s meat-packing firm was authorized to produce tinned beef for the Confederate commissary. Cut off from potential competition from eastern industrial firms and protected from invasion by its geographical location, Marion County’s infant manufacturing sector and Jefferson’s riverport commerce continued to expand and thrive throughout the Civil War.” 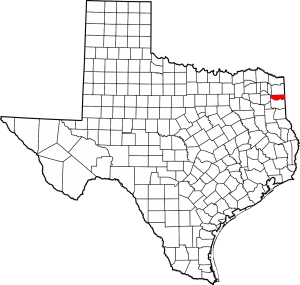 “The defeat of the Confederacy and the ensuing federal occupation led to the most volatile and tumultuous period in the county’s political history. On October 4, 1869, George Washington Smith was murdered in Jefferson by a band of vigilantes. Smith’s slaying led to the military occupation of Jefferson by Union troops under the command of Gen. George P. Buell, whose orders were to establish the security of citizens loyal to the United States and to arrest and try Smith’s killers. The action taken by the military tribunal that followed was known as the Stockade Case.”

“In spite of the intense passions engendered by Reconstruction politics, the county’s prominent citizens were able to separate politics and financial necessity, opposing a proposed boycott of Republican businesses in 1869 and 1870. Few disliked the Republicans enough to refuse to do business with them.”

“The 1870 census ranked Jefferson second in commerce and industry among all Texas cities. Such modern novelties as gas lighting, artificial ice, refrigeration, and soda water were in common use by Jefferson’s commercial elite. Cotton exports from Jefferson’s wharves increased from 25,000 bales in 1865 to 76,238 bales in 1872. However, material wealth and commercial optimism plummeted during the mid-1870s. Jefferson’s unchallenged monopoly over the trade of approximately twenty northern Texas counties was broken by the construction of two east-west rail routes during the 1870s, linking the Grand Prairie farmlands directly with eastern markets.”

“At this point, the flight of capital and skilled labor from Marion County began in earnest. Between 1870 and 1880 the county lost 138 businesses and began to resemble more nearly the other rural counties contiguous to it. In 1870 urban residents made up 50 percent of the county’s population, but by 1900 they constituted only 26 percent. During the 1870s and 1880s the number of farms in the county grew rapidly, from 186 to 1,063, as many of the large plantations were broken up and sold or turned over to share croppers. Cotton and corn constituted the leading crops, with cattle, swine, and other livestock contributing to the farm income.”

“The Great Depression of the 1930s dealt an initially severe blow to the economy, wiping out 70 percent of the county’s manufacturing and 32 percent of all businesses and forcing 828 workers onto the relief rolls. Automobile ownership, a symbol of modern prosperity and success, plunged 20 percent by 1933. However, the combination of an improving oil market, the large public works projects taking place at the newly established Caddo Lake State Park in neighboring Harrison County (1933–37), and other federal subsidies by agencies such as the Civilian Conservation Corps led Marion County to a remarkable recovery.”

“By 1941 the number of businesses had increased 87 percent, and two new manufacturing firms had opened. Motor vehicle registration jumped 41 percent during the same year. The county’s population rose 12 percent between 1930 and 1940. Data for 1940 show a 70 percent decrease in unemployment between 1935 and 1940. The next three decades witnessed a 25 percent decline in Marion County’s population and the demise of over 80 percent of the farms. Of the 223 remaining farms in 1970, 205 were devoted solely to cattle, and only sixty-five of these sold more than $2,500 worth of stock.”

“The prosperity experienced throughout the 1970s was due to a substantial rise of tourism, stimulated by the reconstructed and renovated Jefferson Historic Riverfront District and the recreation opportunities offered by Caddo Lake State Park and Lake o’ the Pines. This influx of tourism caused a boom in the service and retail sectors. By 1983, 67 percent of all employment was in this retail and service sector, up 12 percent over the 1964 figure.”

“Events like the annual Pilgrimage Celebration, a three-day open-house tour of some of Jefferson’s more than ninety state-designated historical monuments, homes, hotels, and a museum came to account for hundreds of thousands of tourist dollars a year in the local economy.”

“In the early twenty-first century tourism, timber, and food processing plants were key elements of the area’s economy.”

This courthouse was abandoned a short two years later in 1876 when the county determined that it was too far away from downtown Jefferson to be of any real service. Before it burned in 1937, it served as a school for black children for several years.

While constructed by the firm L.R. Wright and O.L. Hitchcock, this Classical Revival building was designed by Elmer G. Withers. Withers also created this courthouse’s sister building in Roberts County, on truly the complete other side of Texas. You can find it in Miami, high up in the Texas Panhandle. The similarities are very pronounced. 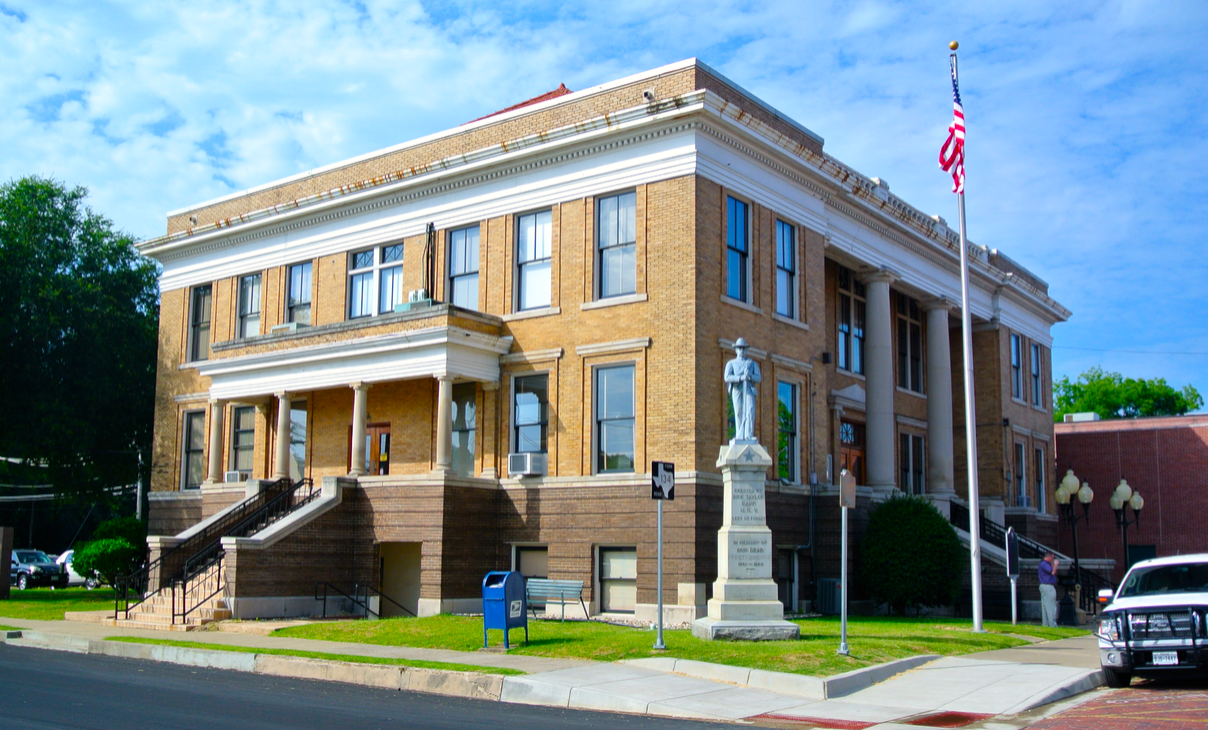 This is the northern corner of the Jefferson County Courthouse, at the intersection of Polk and Austin Streets. 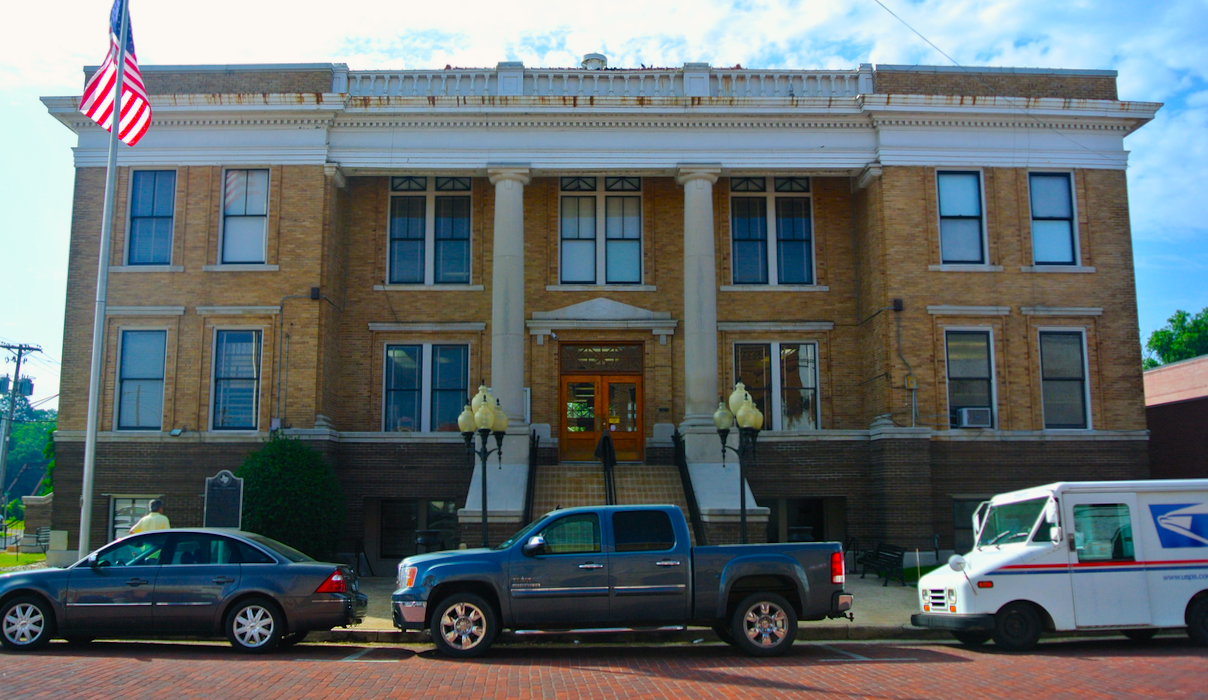 The northwest (and main) façade is on Austin Street. 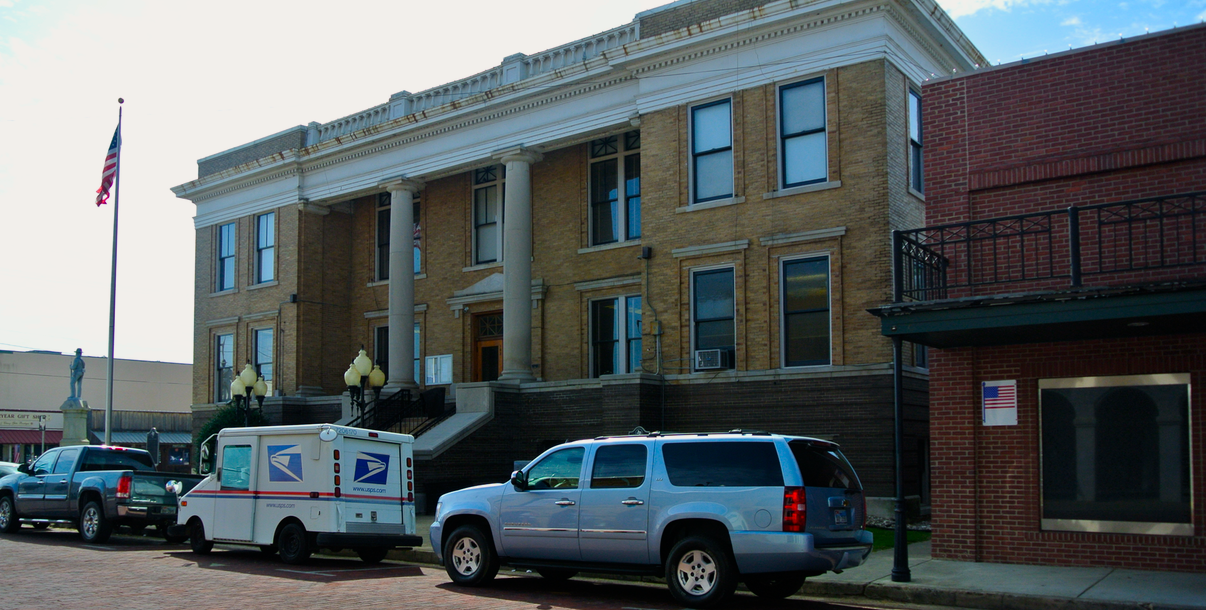 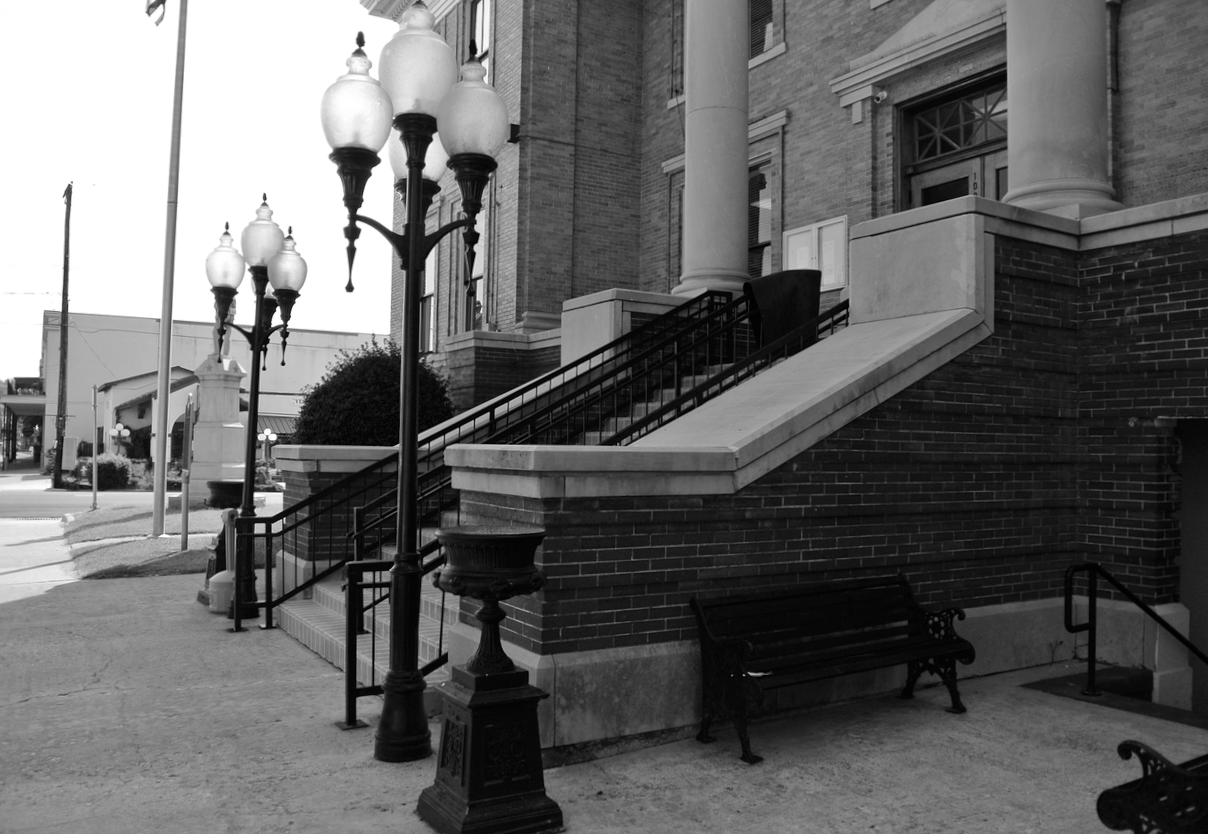 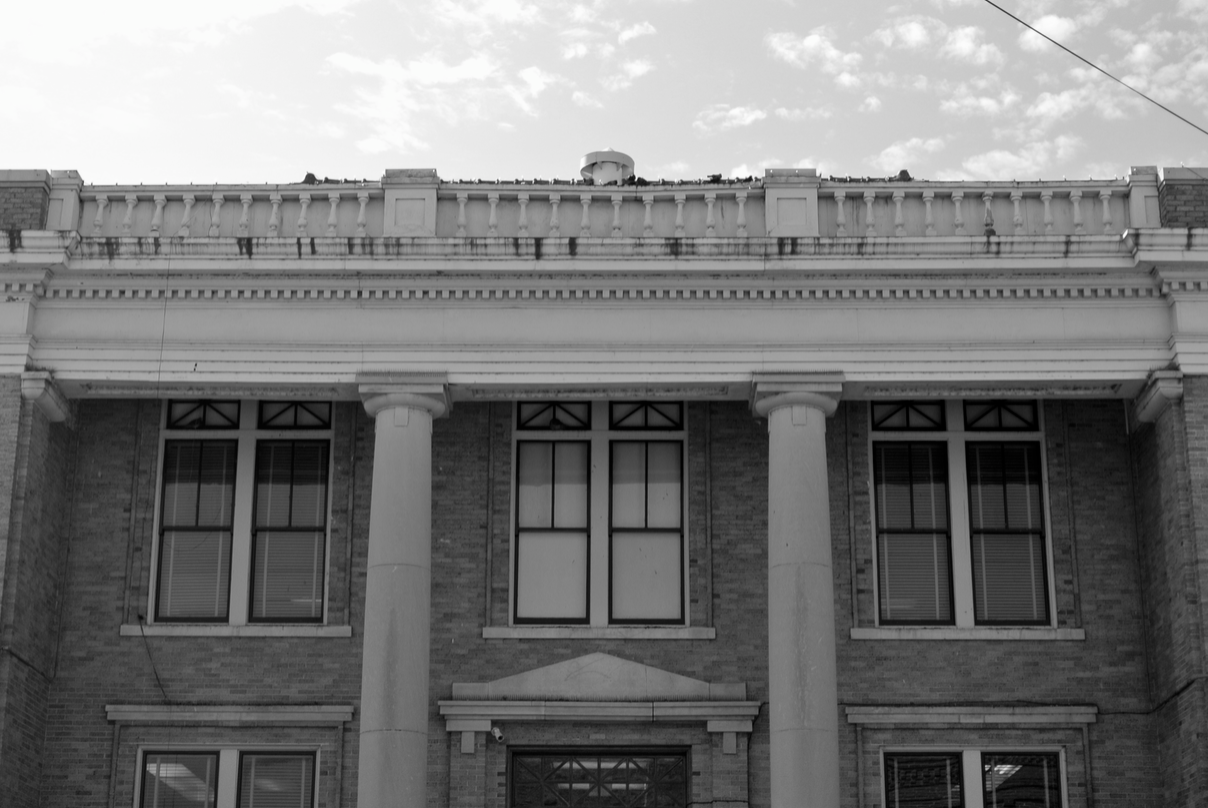 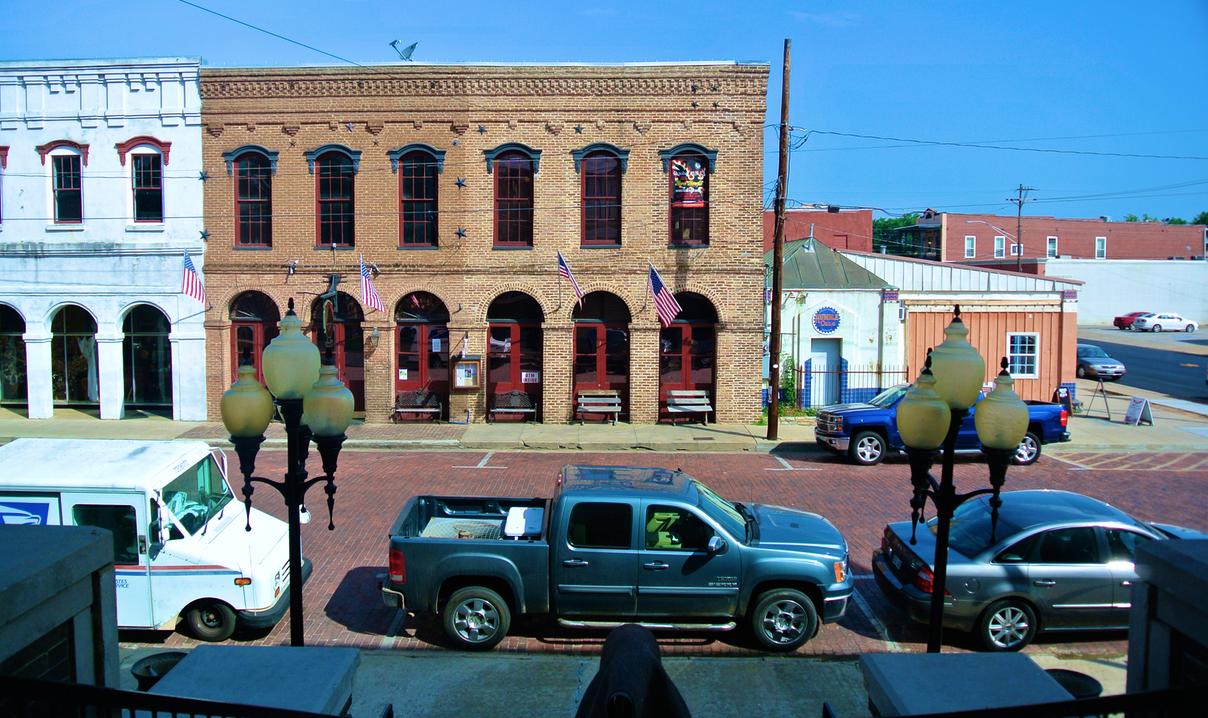 Austin Street, as seen from the top of the northwest entrance’s steps 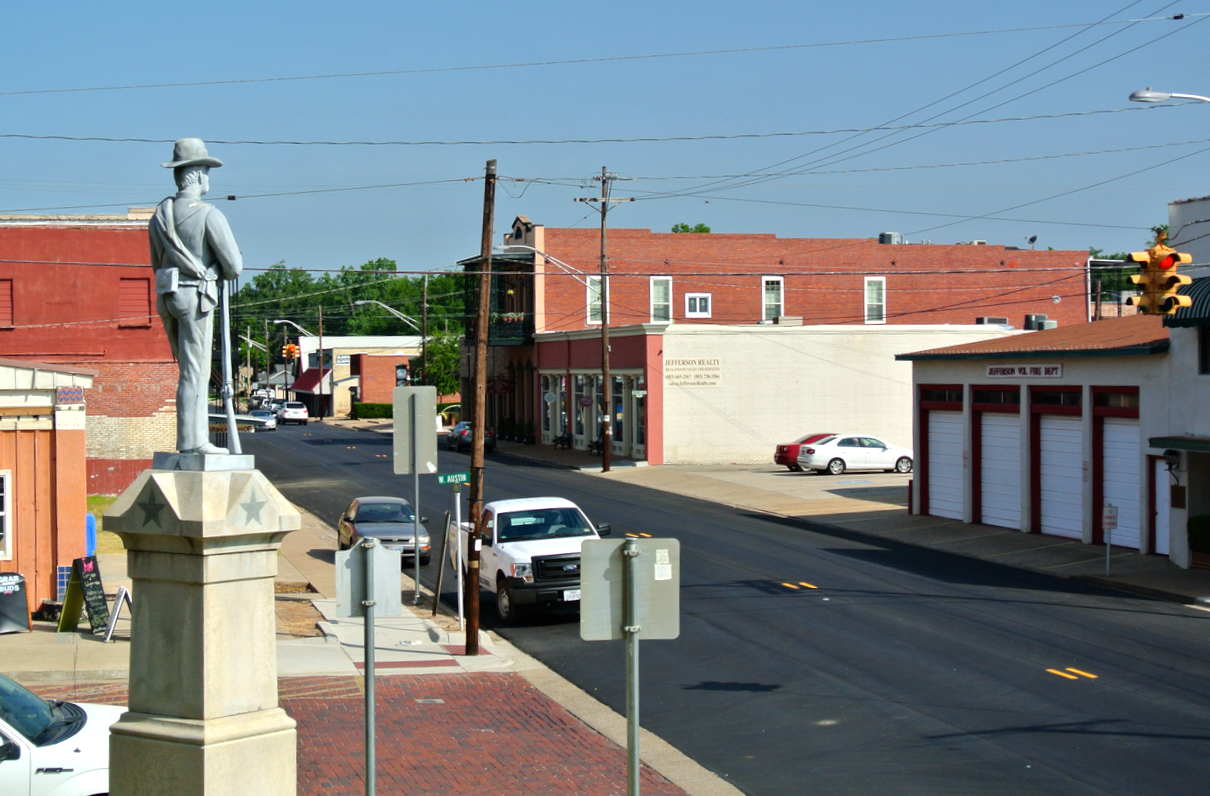 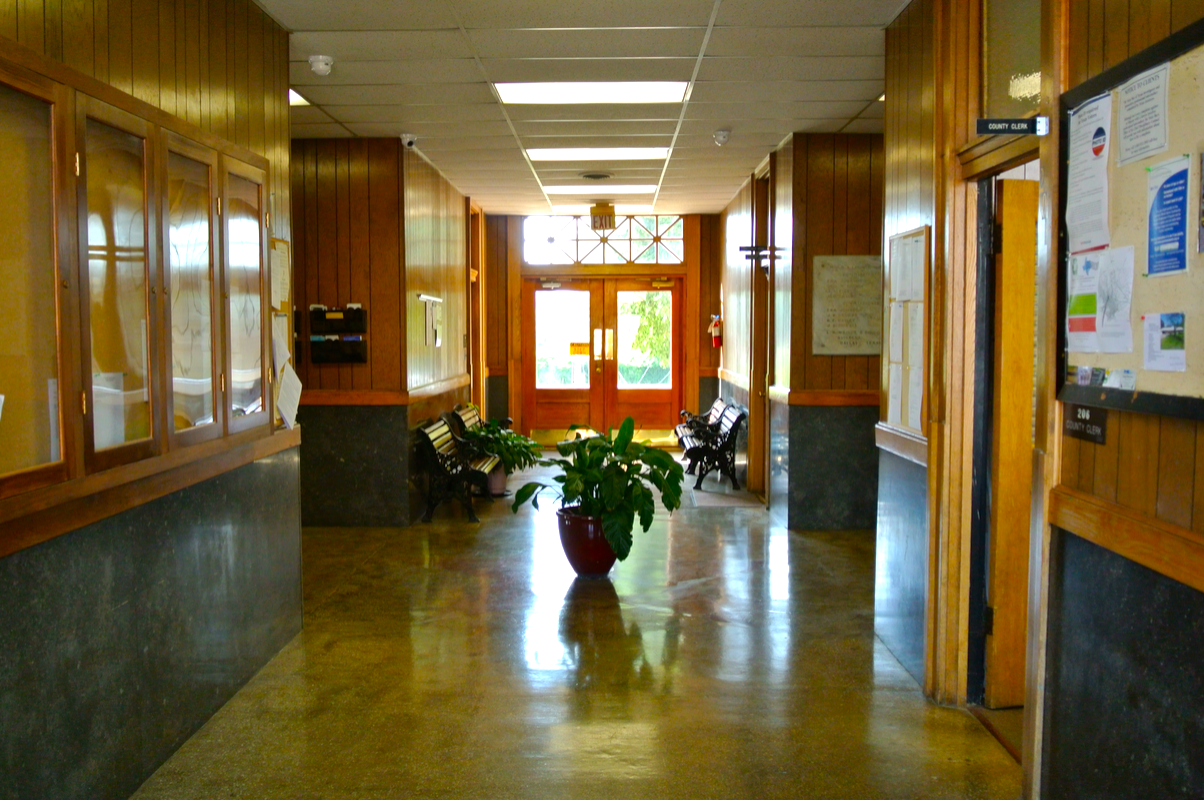 The interior is very much still stuck in the 1970s. 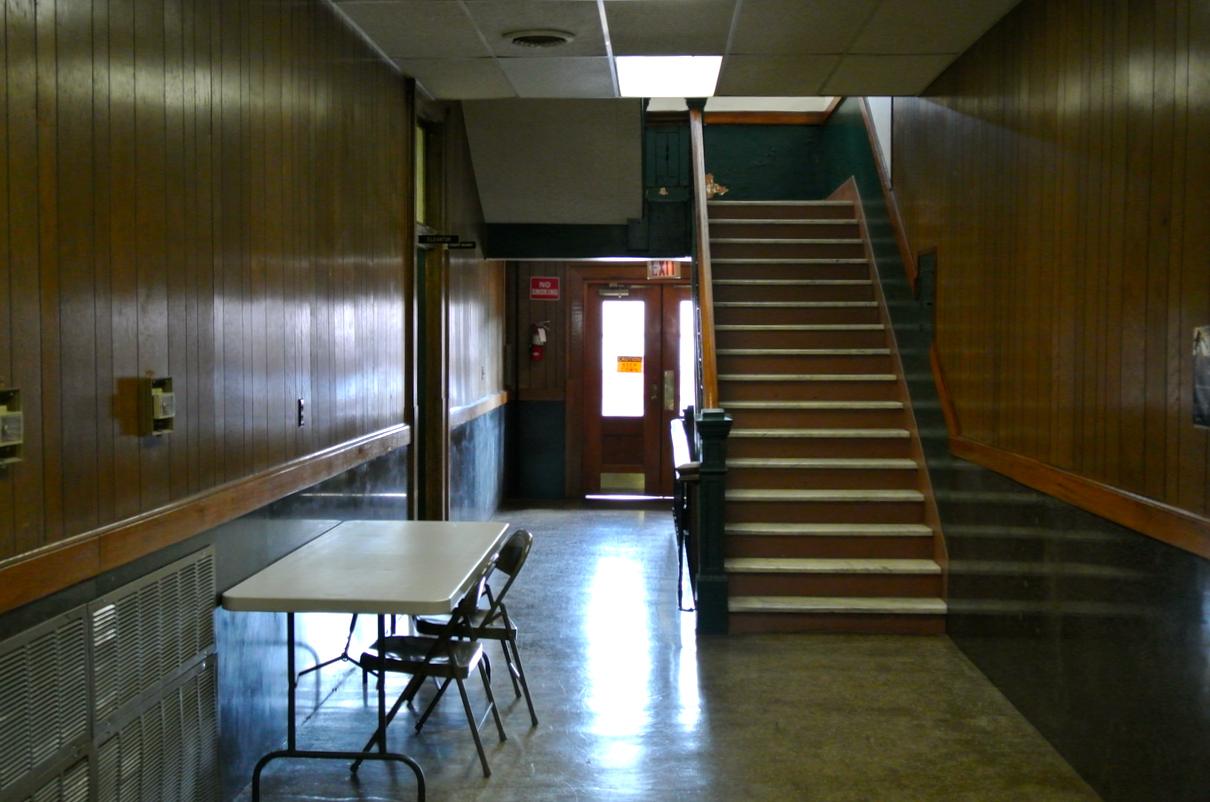 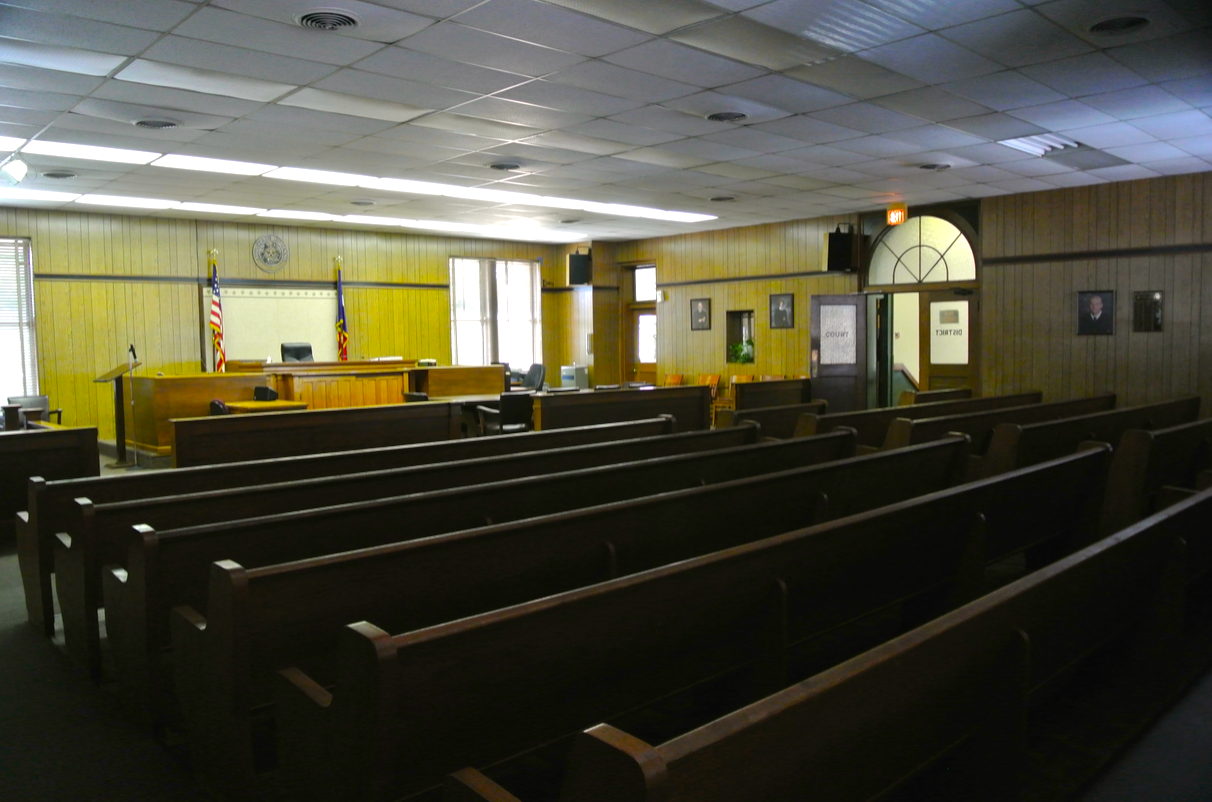 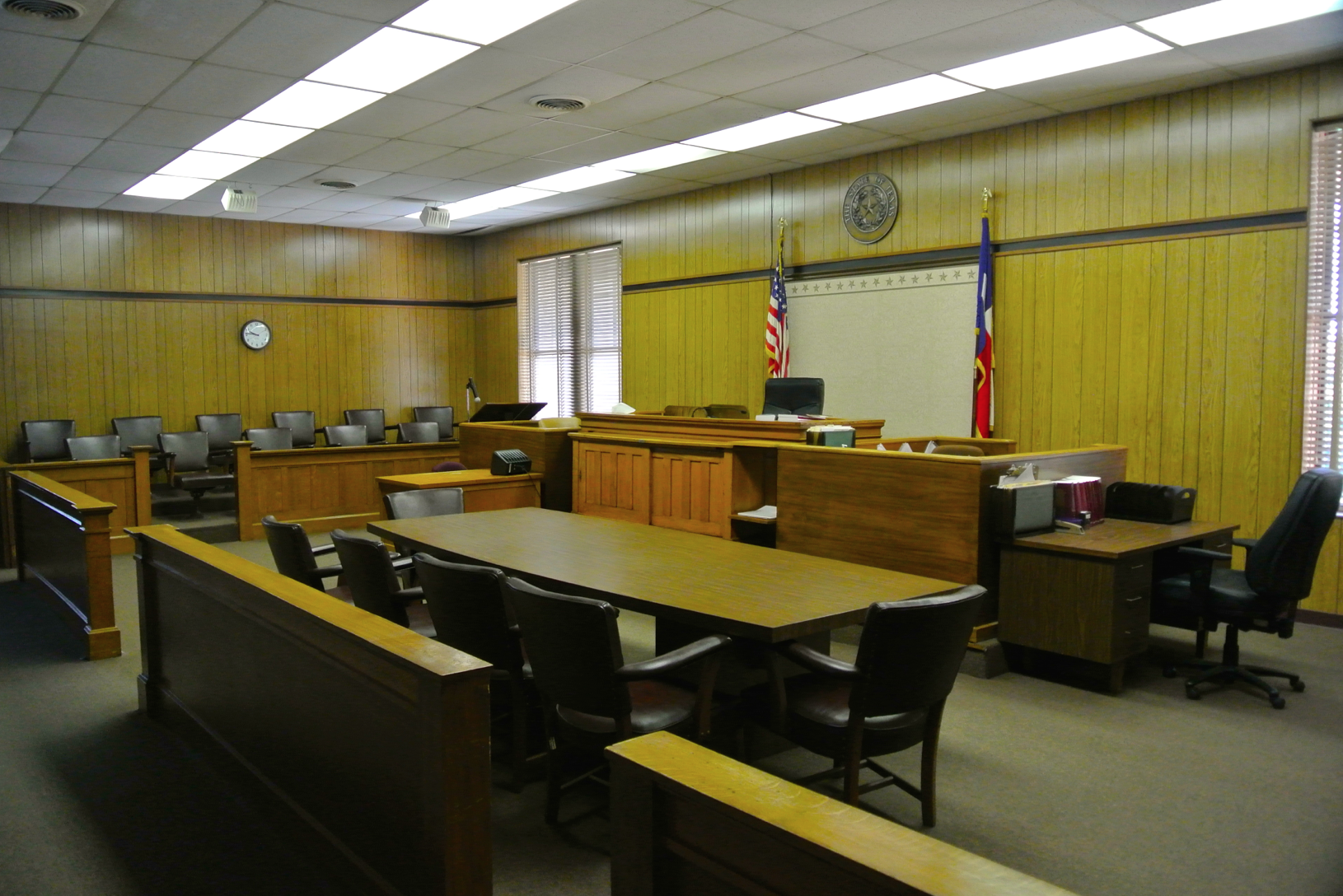 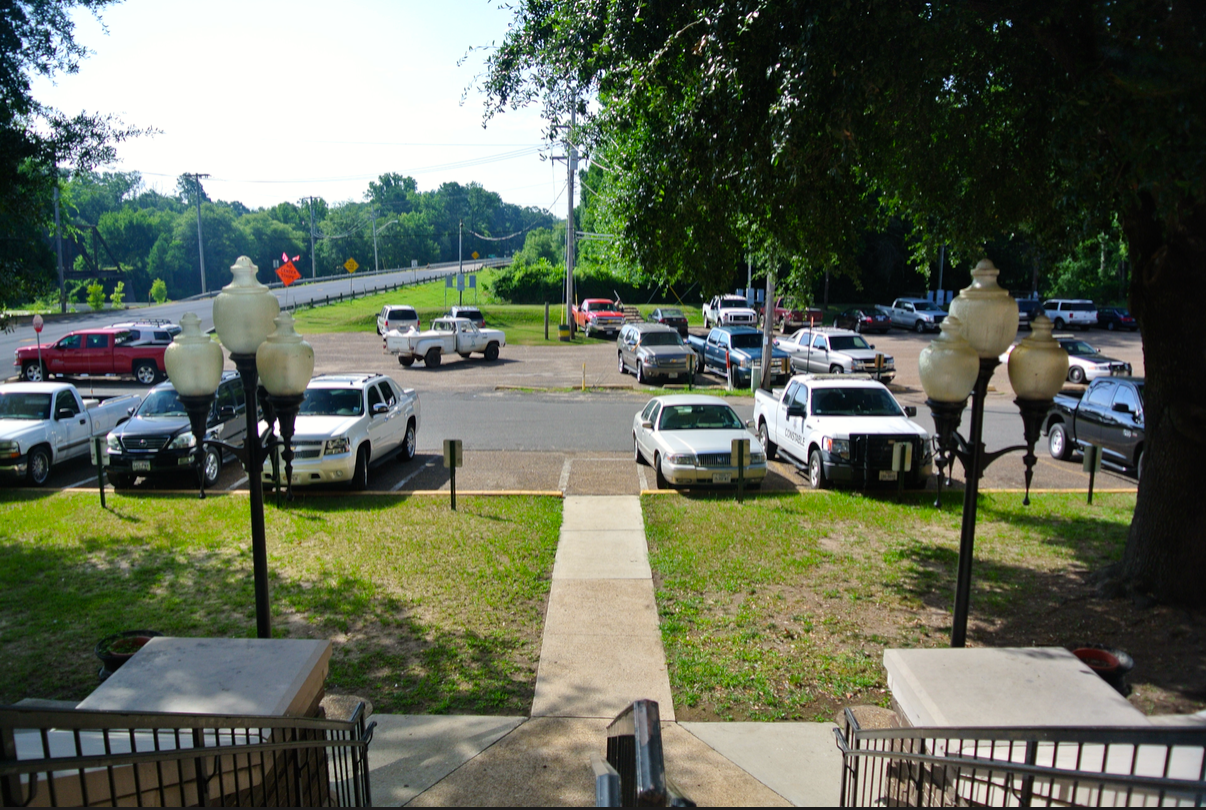 The view from the southeastern doors

Here’s a picture of that entrance. 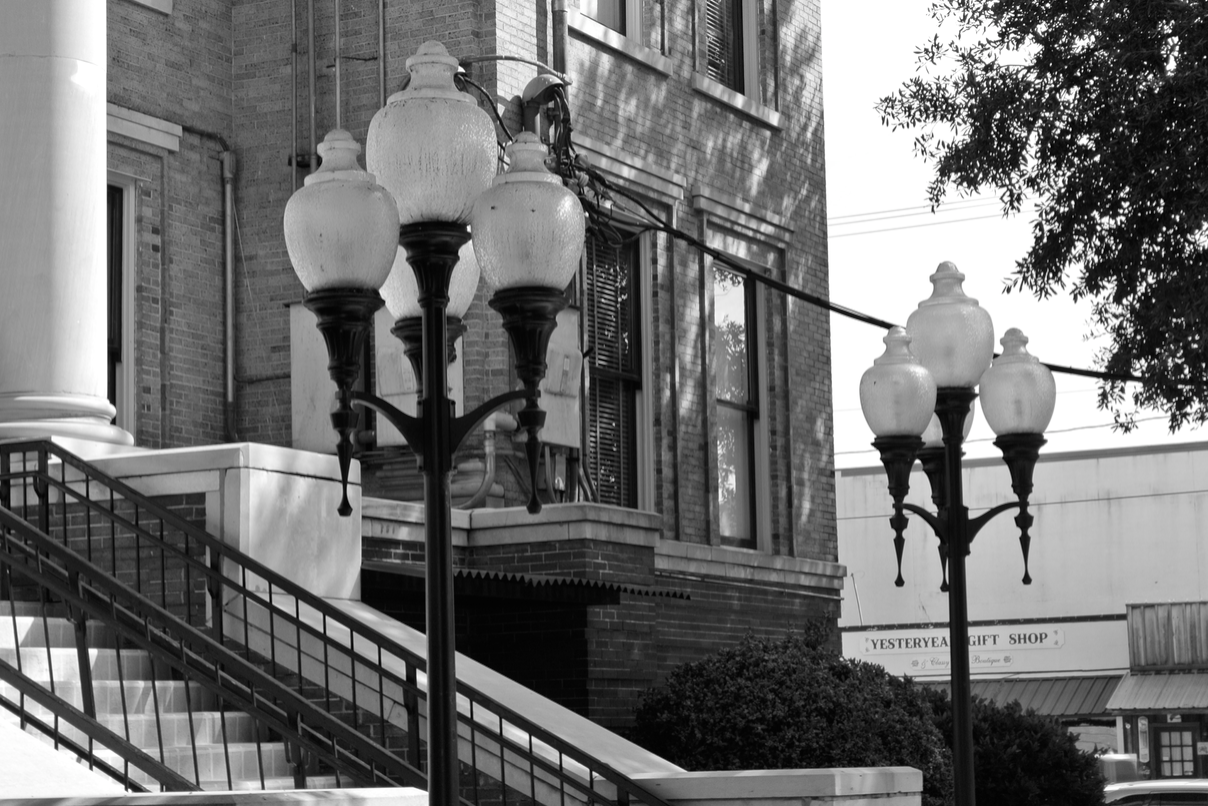 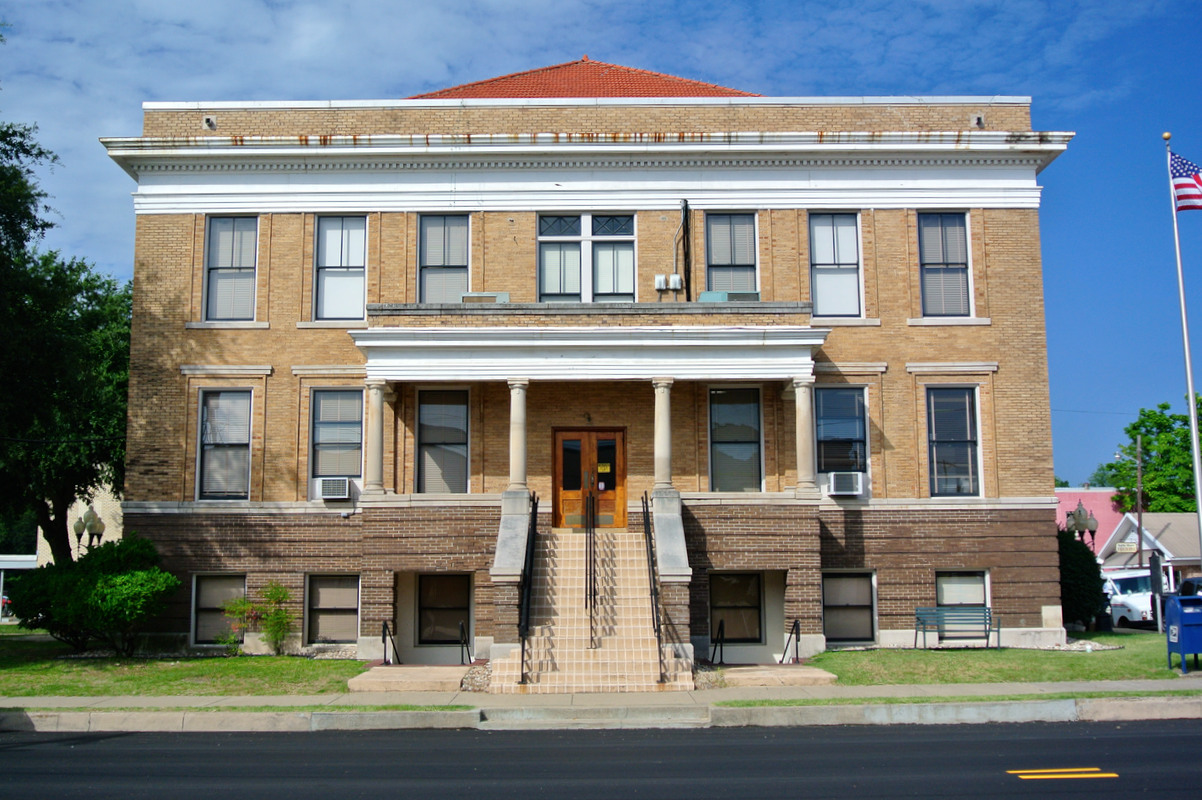 I knew from the northeastern façade that this just had to be a twin building to Roberts County’s, which I’d seen nearly two months prior. 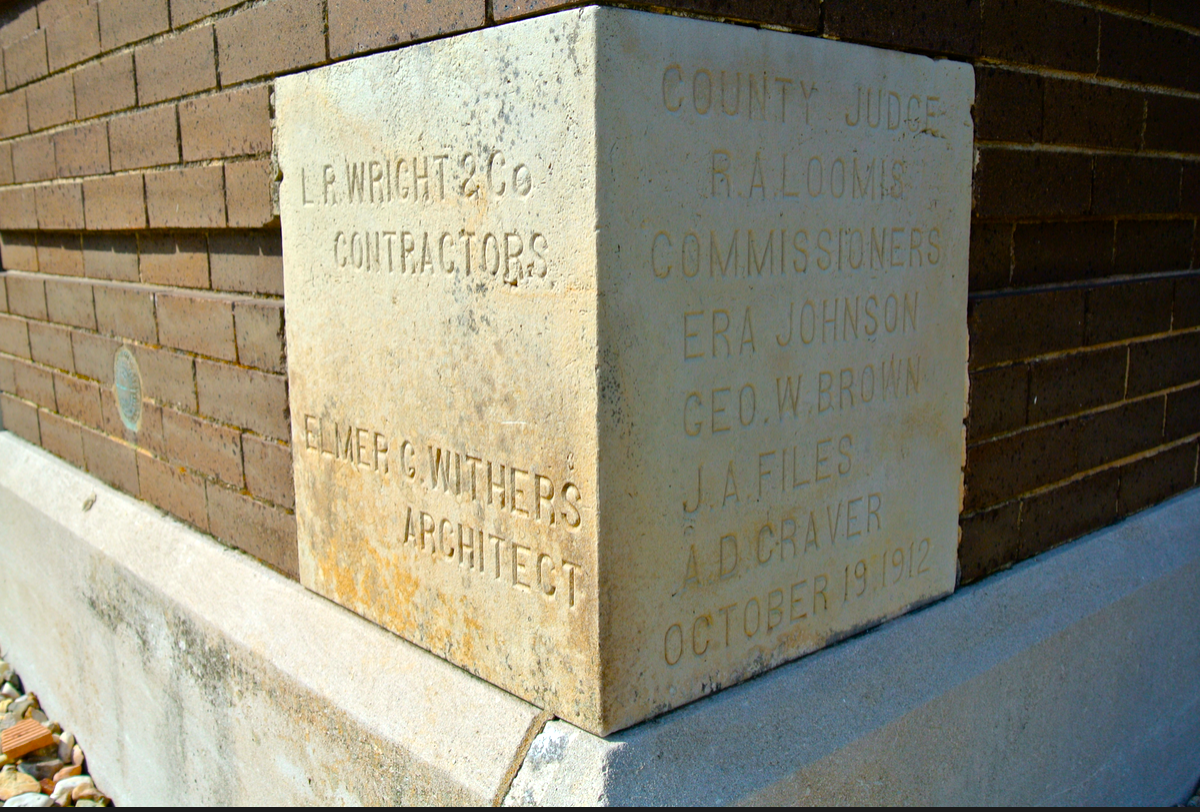 The building cornerstone, on the northern corner 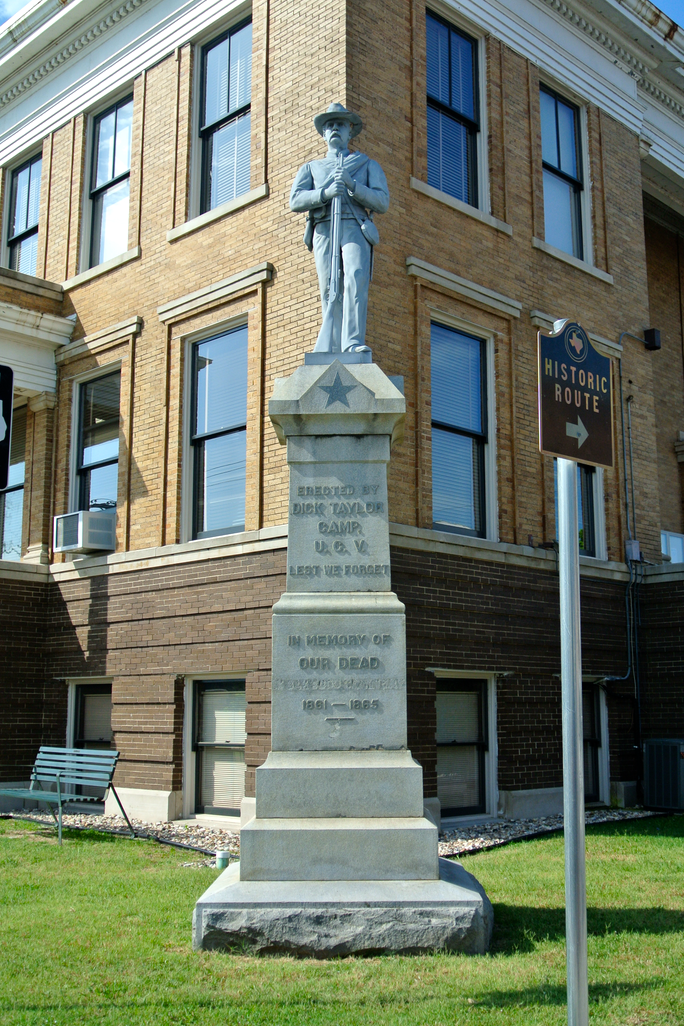 Jefferson has a really neat, unique history. If you’d like to read more about the city, click here. 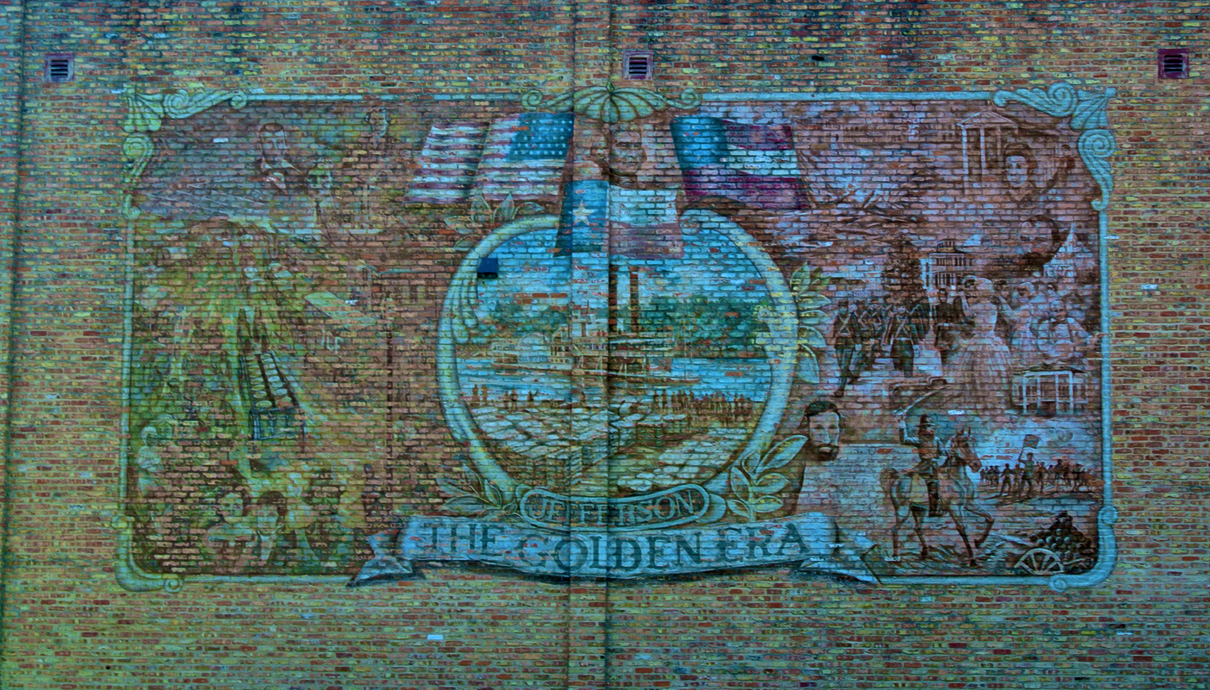 Jefferson’s “Golden Era” was when it functioned as Texas’ major inland port, a popular hub for steamboat traffic.

They say that the water level was at least eight feet higher in the Golden Era. This would have made it easier on steamboats that came chugging through Big Cypress Bayou. 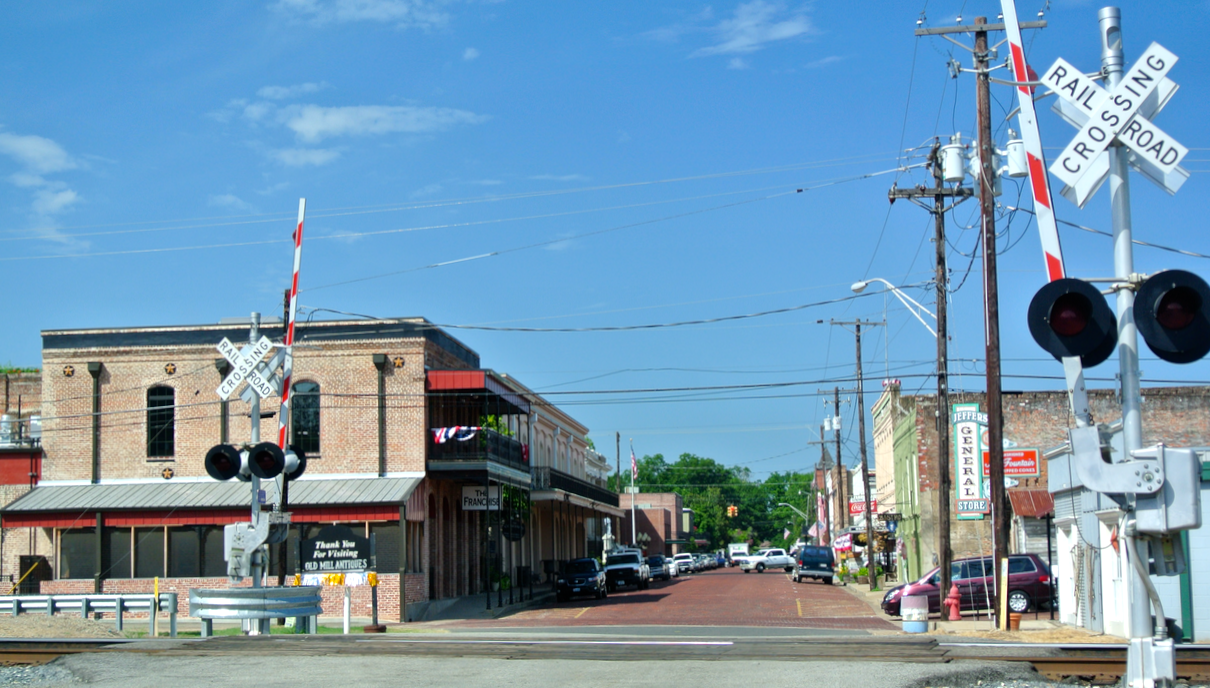 Austin Street, as seen from “the other side of the tracks” 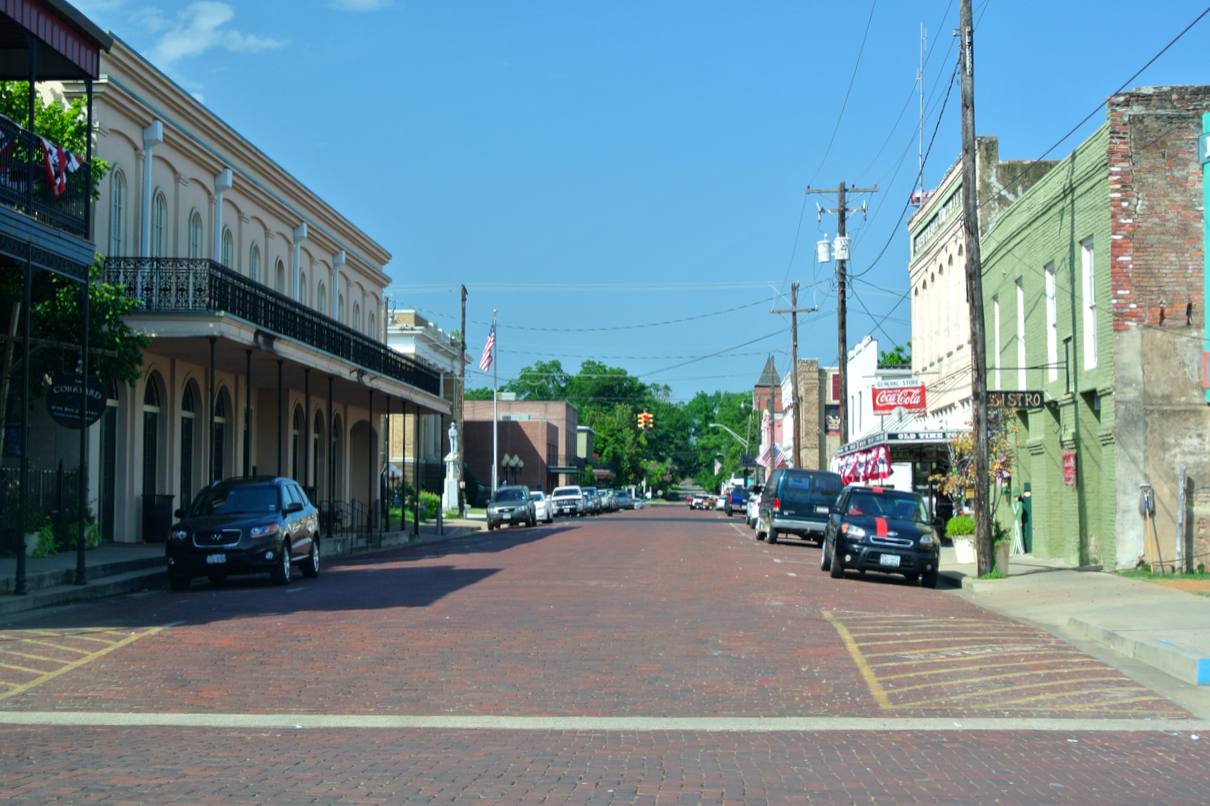 Same street, different view (that’s the courthouse down there on the left) 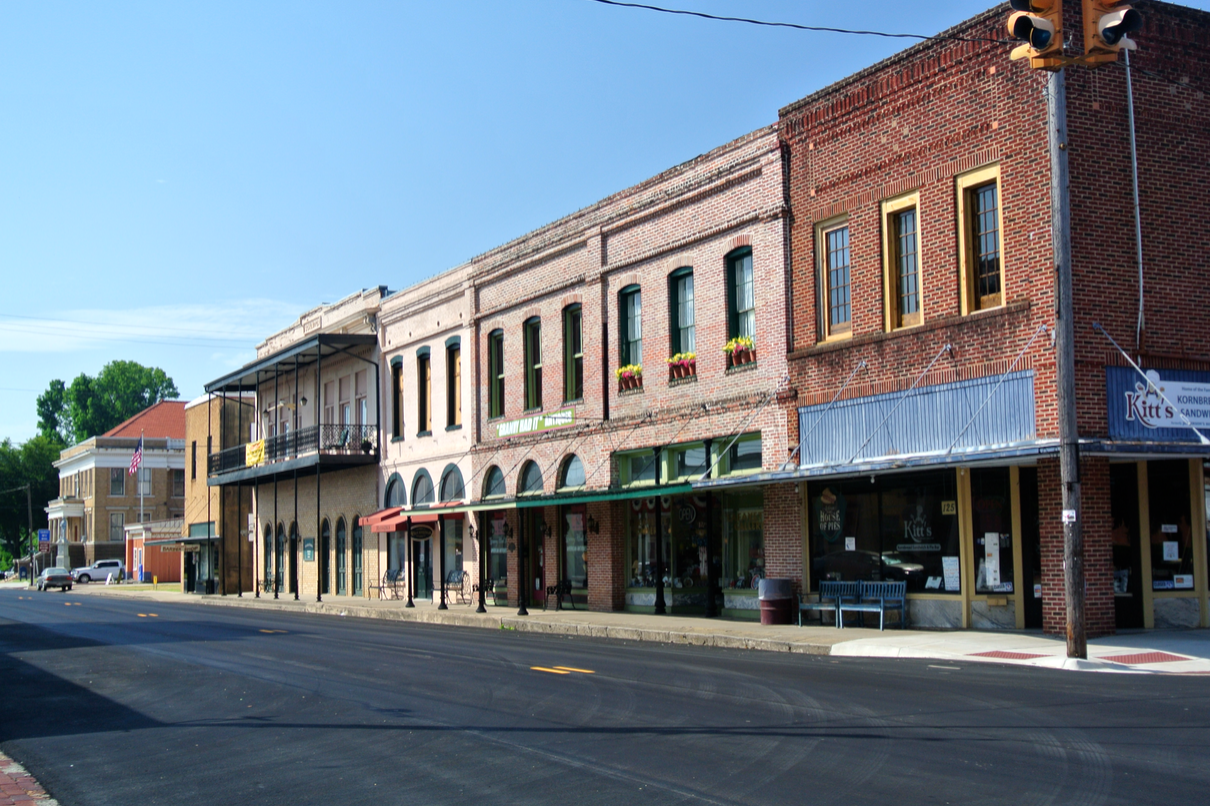 Polk Street, with the courthouse at the end

One of the most “New Orleans-like” buildings in Jefferson is “The Gallery at the Rives Building” on Polk Street. This is right at home in a bayou town. 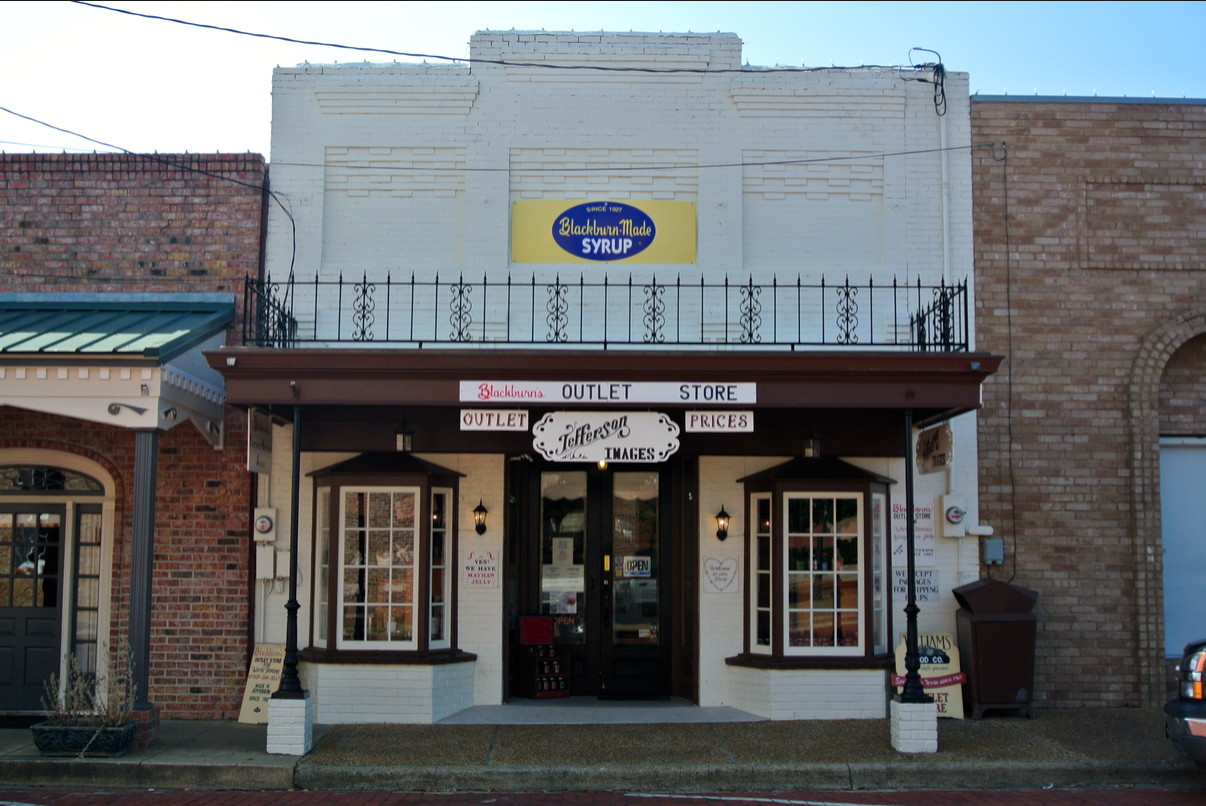