“The county is named for Junius William Mottley, who died in the battle of San Jacinto (a spelling error was made when the county was named.) This sparsely settled county comprises 959 square miles of rough and broken terrain drained by the North Pease, Middle Pease, and South Pease rivers and their tributaries. Elevations range between 1,928 and 3,034 feet above sea level. The county lies just below the Caprock.”

“Comanches of the Wanderers, Liver-Eaters, and Downstream bands hunted buffalo and other game in the area before white settlement, but were displaced by the army’s Indian campaigns of the 1870s. In 1876 the Texas legislature formed Motley County from lands formerly assigned to the Bexar District and attached the area to Crosby County for judicial purposes. Sometime in the 1870s a buffalo hunter named Ballard established a supply station at the springs that now bear his name.”

“In 1876 the Texas legislature formed Motley County from lands formerly assigned to the Bexar District and attached the area to Crosby County for judicial purposes. Sometime in the 1870s a buffalo hunter named Ballard established a supply station at the springs that now bear his name. In the mid-1870s Frank Collinson was commissioned by Samuel R. Coggin to bring 8,000 of John S. Chisum‘s cattle to establish the first ranch in the area.”

“1878, Henry H. Campbell began buying cattle from Collinson and others for his Matador Land and Cattle Company. Campbell was the first owner of the famed Matador Ranch, which came to control much of the land in the area. In 1879 Arthur B. Cooper moved into the county and established a store at TeePee City, which, according to one source, was a “thriving” settlement at the time. In 1880 the census counted twenty-four residents in the county.” 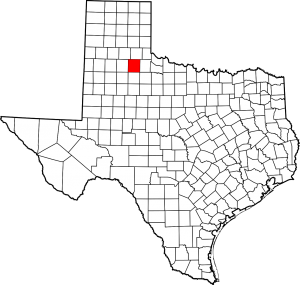 “In 1890 the county had thirteen ranches, encompassing 30,225 acres, and the local economy was almost entirely devoted to cattle ranching. The agricultural census conducted that year reported 42,781 cattle, but only twenty-nine acres planted in corn and forty in wheat, the county’s most important crops at that time. The first school was established near Whiteflat in 1890 with W. B. Clark as teacher. Settlers began to move to the county in greater numbers in the early 1890s; an incomplete 1891 tax roll listed 317 taxpayers. That same year the county was organized, with Matador as county seat. Since the General Land Office required a county seat to have twenty businesses, Matador Ranch employees had opened temporary stores stocked with ranch supplies.”

“During the 1890s the county was disturbed by friction between settlers and the managers of the Matador Ranch, who attempted to control the county government. In elections held in 1894 the Matador candidates won their usual offices, but in 1896 the settlers were numerous enough to elect their own favorites. The struggle went on until 1900, when the settlers’ majority became substantial.”

“Farming expanded significantly between 1900 and 1930. By 1910 there were 373 farms and ranches in Motley County, and crop raising was becoming an important part of the economy. The agricultural census counted 65,773 cattle that year; corn was grown on 4,100 acres, sorghum on 4,500, and cotton on almost 12,000. Farming in the county particularly expanded after 1914, when the Quanah, Acme and Pacific Railroad completed laying tracks through the county. As part of the project, a 60,000-acre parcel of the Matador Ranch was put up for sale to prospective farmers and other settlers. Five years later, money contributed by the Matador and by various county citizens financed the Motley County Railroad, which ran for eight miles between Matador and Matador Junction.”

“These growth trends were reversed during the 1930s, as the county suffered through the effects of the Great Depression and the Dust Bowl. Cotton production plunged; by 1940 only about 35,000 acres in the county was planted in cotton, and overall, cropland harvested in the county dropped from more than 107,000 acres in 1930 to only about 86,000 acres in 1940. The drought also hurt the Matador Ranch, which was able to stay afloat only by borrowing $500,000 from the Southwestern Life Insurance Company. Hundreds of farmers in the county were obliged to leave their lands, and tenant farmers were particularly vulnerable; the number of tenants in the area dropped from 587 in 1930 to 326 in 1935 and 282 by 1940.”

“Communities in the county include the county seat, Matador (population, 592), Roaring Springs (222), Northfield, Whiteflat, and Flomot. Local attractions include an April stock show at Matador, an annual old settlers’ reunion at Roaring Springs, and a game preserve for antelope and deer. Hunters also travel to the area in search of quail, doves, deer, pheasants, aoudad sheep, and antelope.” 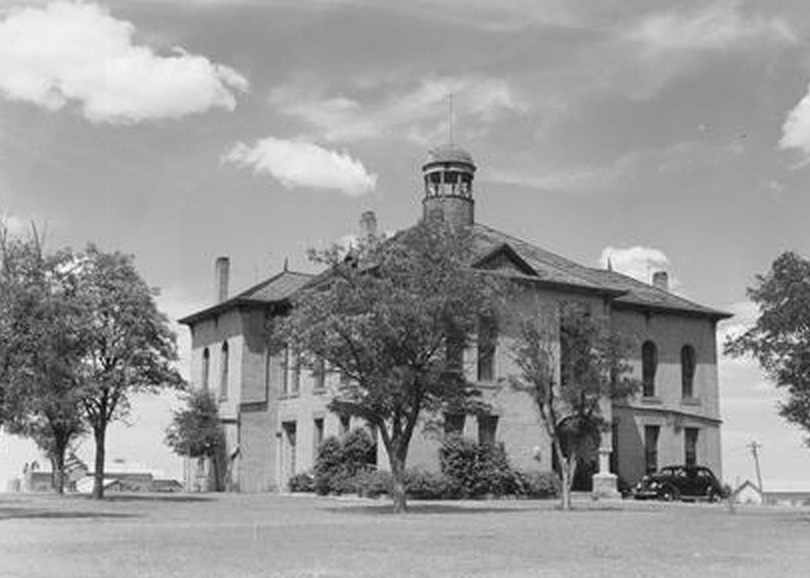 The county’s first courthouse were constructed in 1892, but burned a mere two years later. Suspiciously enough, the story goes that the Motley County Sheriff went missing shortly after…as did a big chunk of county money.

Ten years passed before the next courthouse was built and it’s not clear where court was held in the meantime. No doubt there was a need for trials, even despite the county’s sparse population, which means they were probably held in a bank or a town father’s donated building. However, the question of where to try criminals was resolved in 1904 with the construction of the county’s second courthouse.

It was designed by J.A. White and remarkably managed to survive the Depression era. Unfortunately, this was all for nought. A fire gutted the building in 1944. 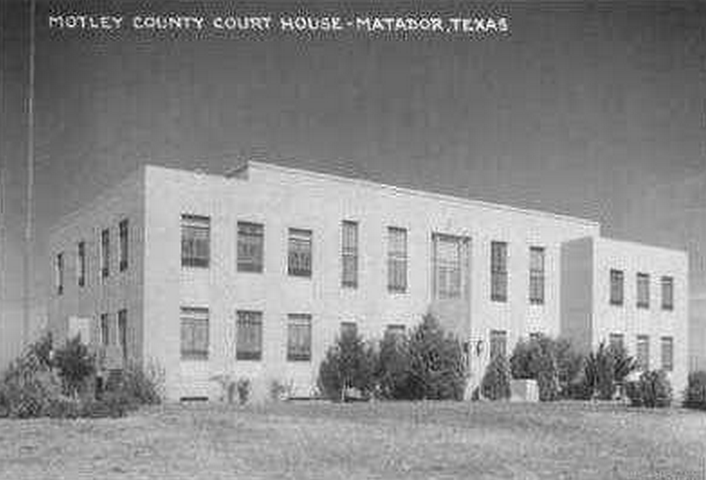 Four years passed between the moment the last courthouse’s walls burned down to the moment the next courthouse’s doors opened for the first time. In that period, requests for design submissions were sent out across the state and the county settled on one from the Wichita Falls firm Voelcker & Dixon. 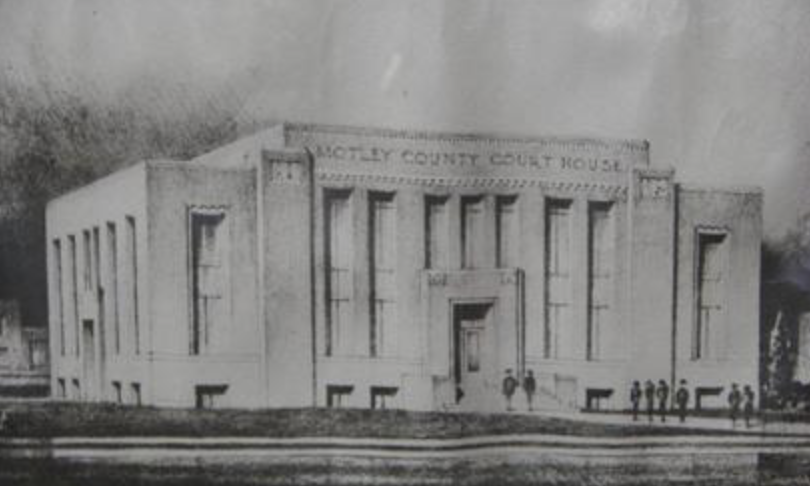 (Photo Courtesy: Terry Jeanson) (This is a conceptual rendering of the V&D courthouse).

The presumed bid price was $56,400, which was $56,400 that Motley County did not have. Records tell us that county officials submitted a request for a grant of that quantity to the federal government’s Works Progress Administration. They were denied.

So instead, they turned their attention to architect Wyatt C. Hedrick. He subsequently provided a Moderne design that was significantly more affordable. Soon after, his plans were put into action by BMFP Construction of Lubbock. The resulting structure has served ever since. 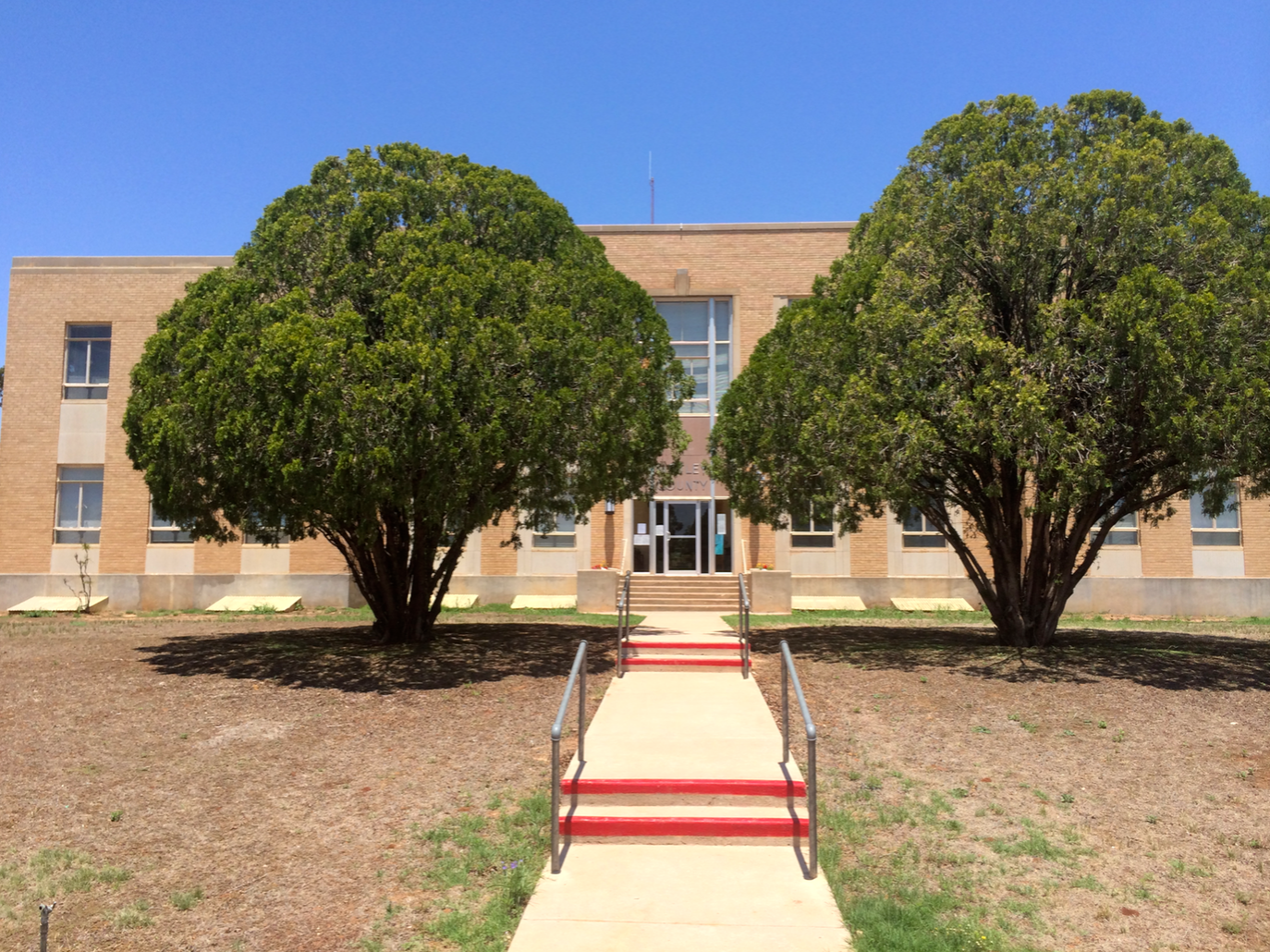 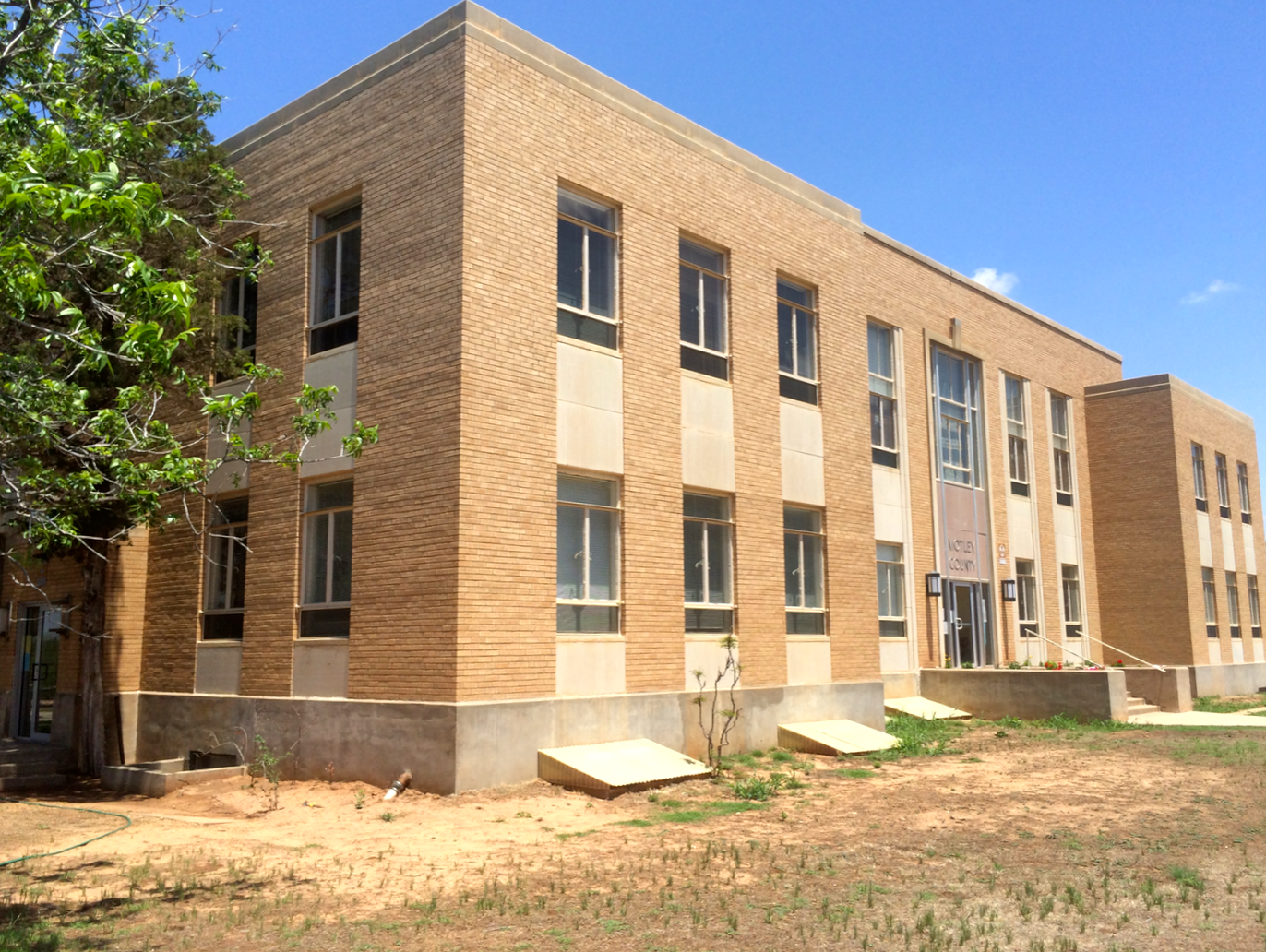 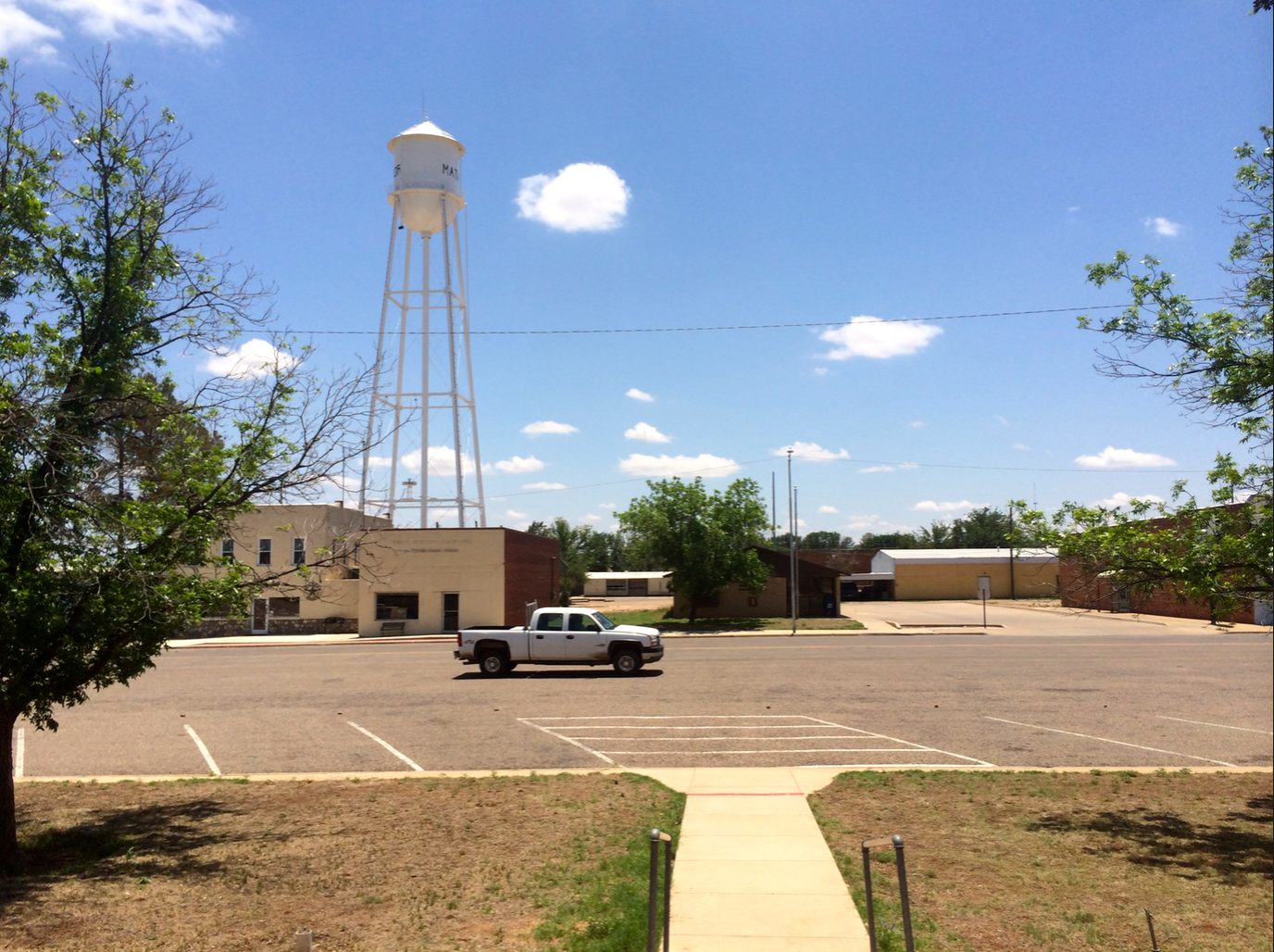 Dundee Avenue, as seen from the southern doors

The eastern façade, on Eubank Street 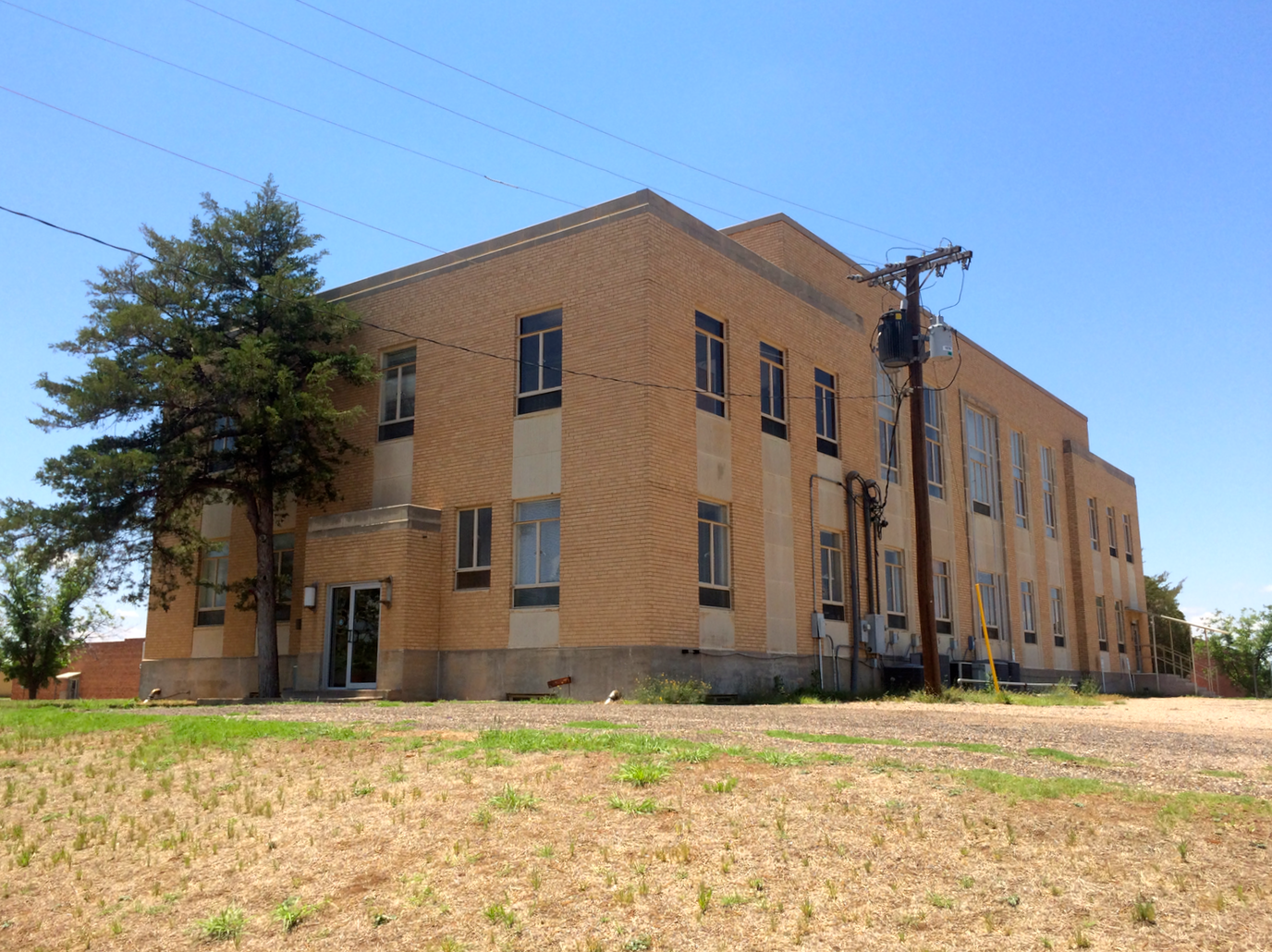 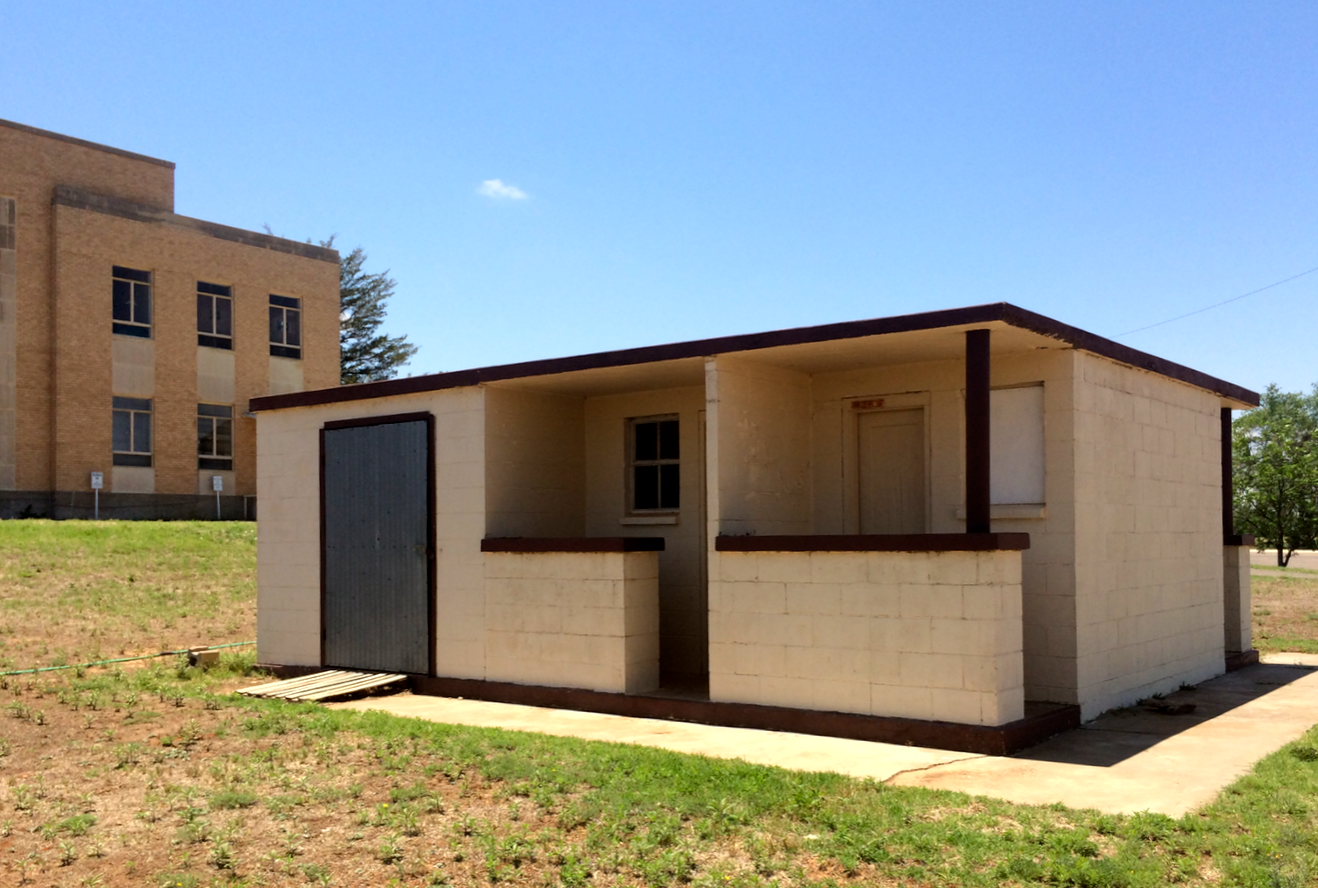 A set of long-abandoned public restrooms sits on this side. 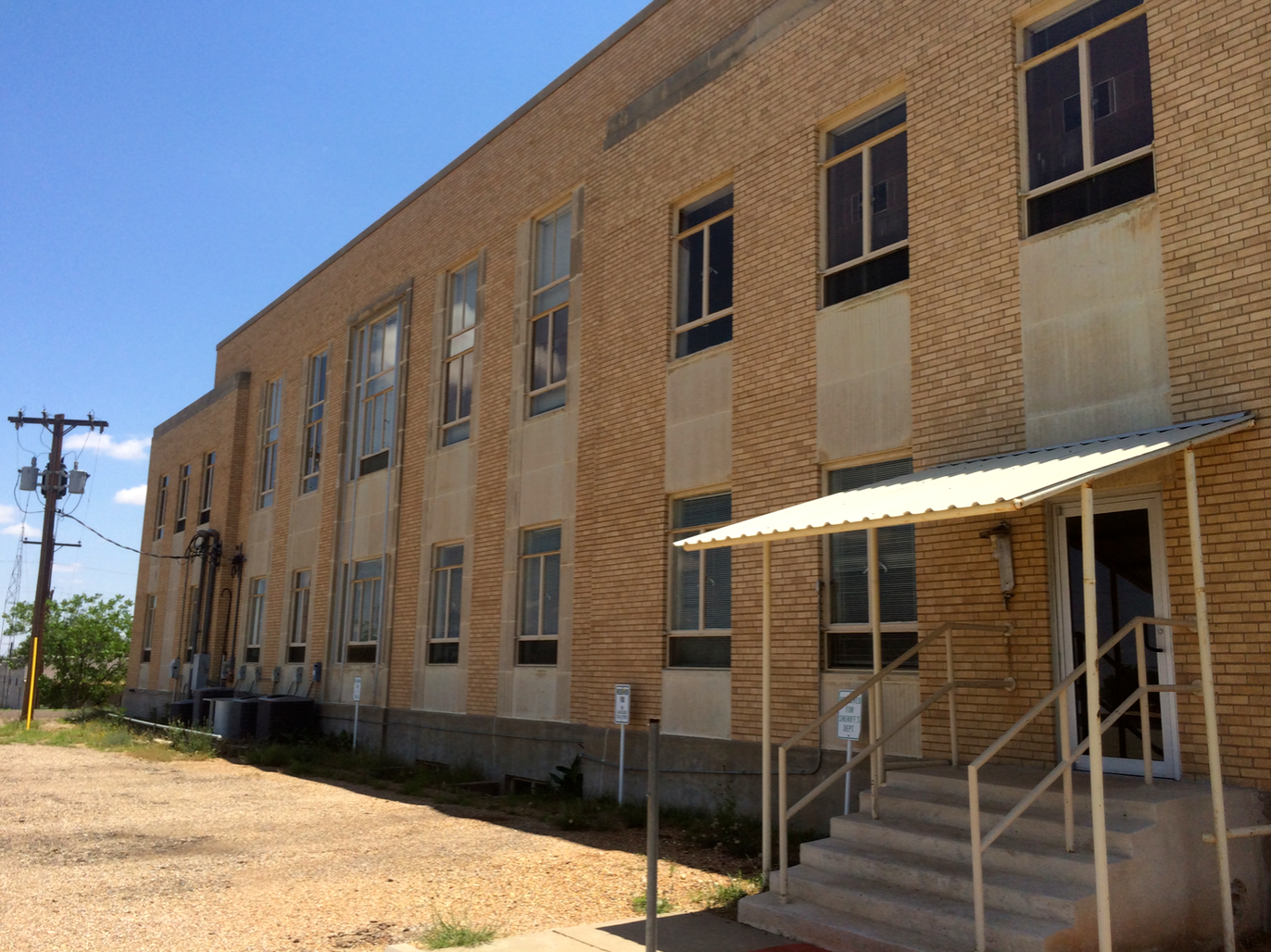 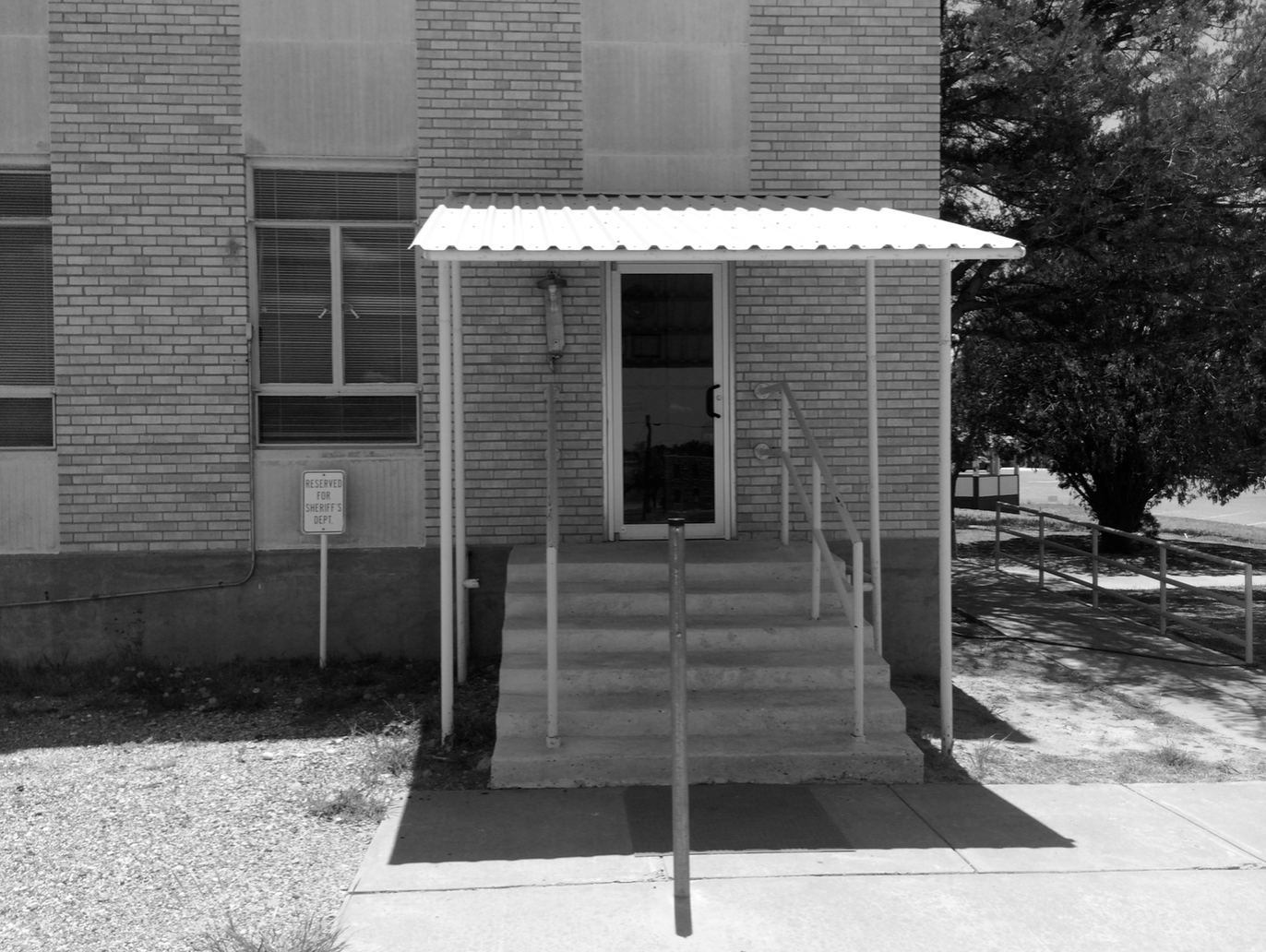 The only entrance here opens directly into the sheriff’s office. 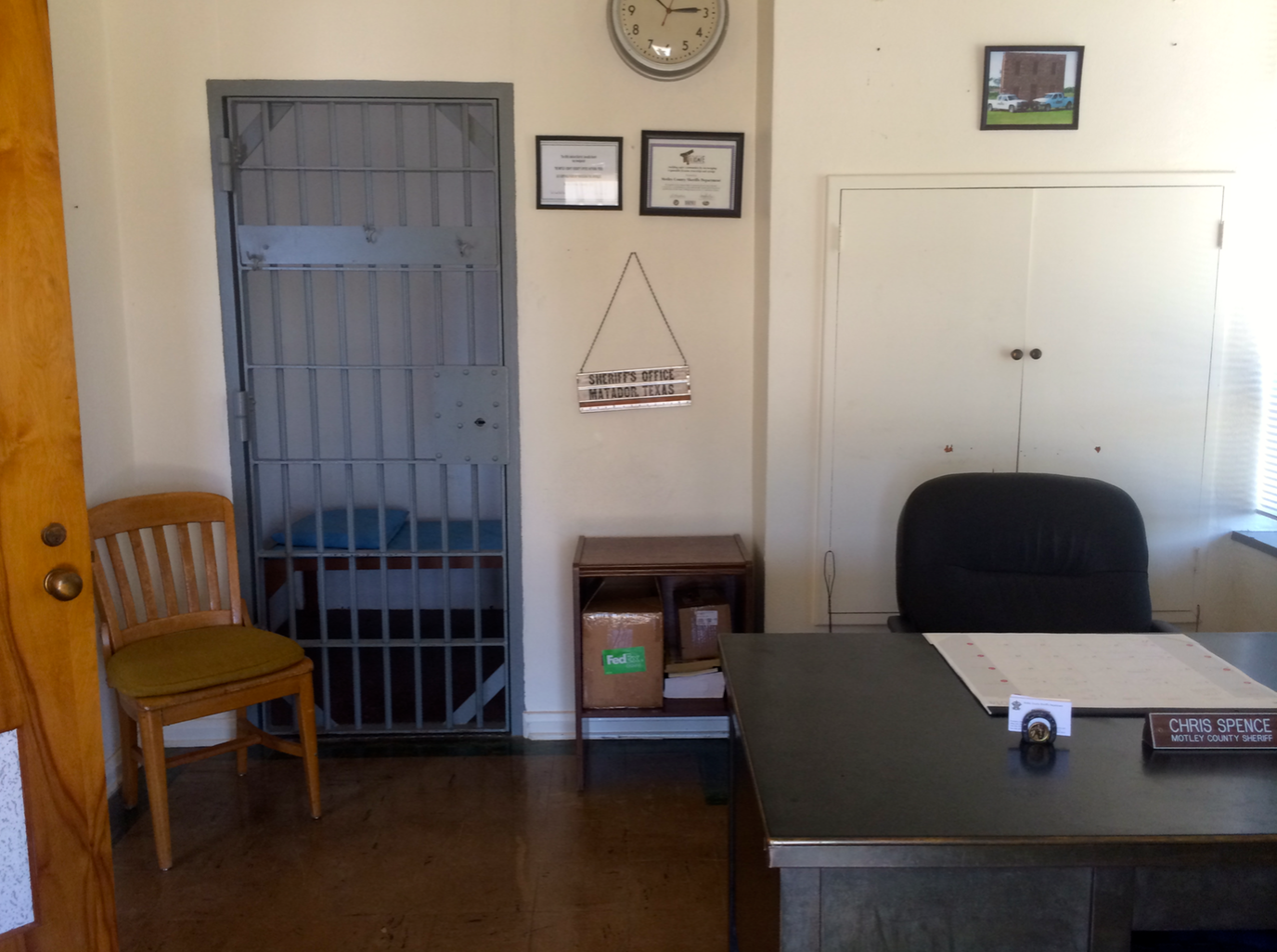 Sheriff Chris Spence’s office, as viewed through the window

This is his view. 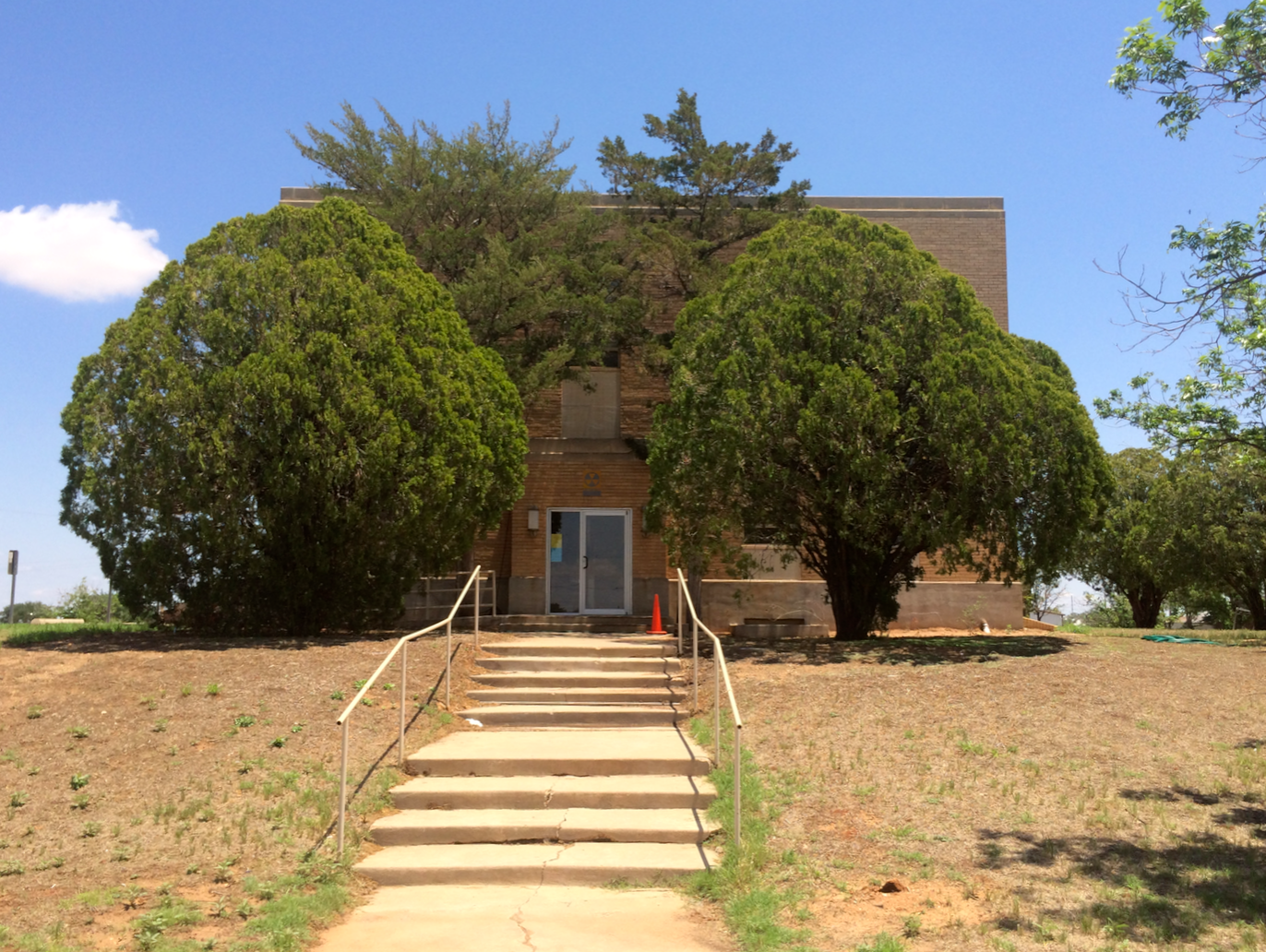 The western façade, on Main Street

The view of Main Street from the western entrance 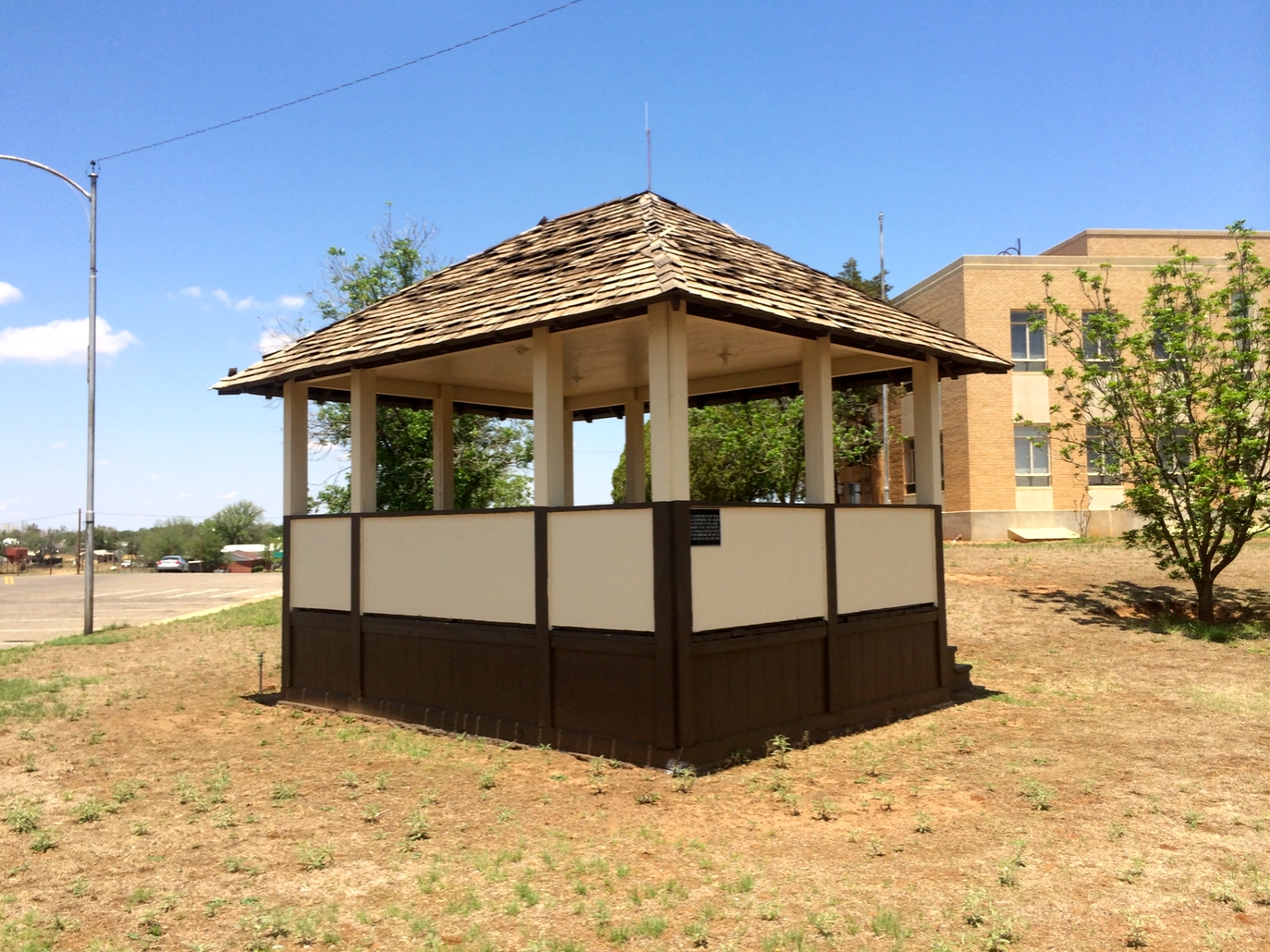 The southwest corner’s gazebo has seen its fair share of years. 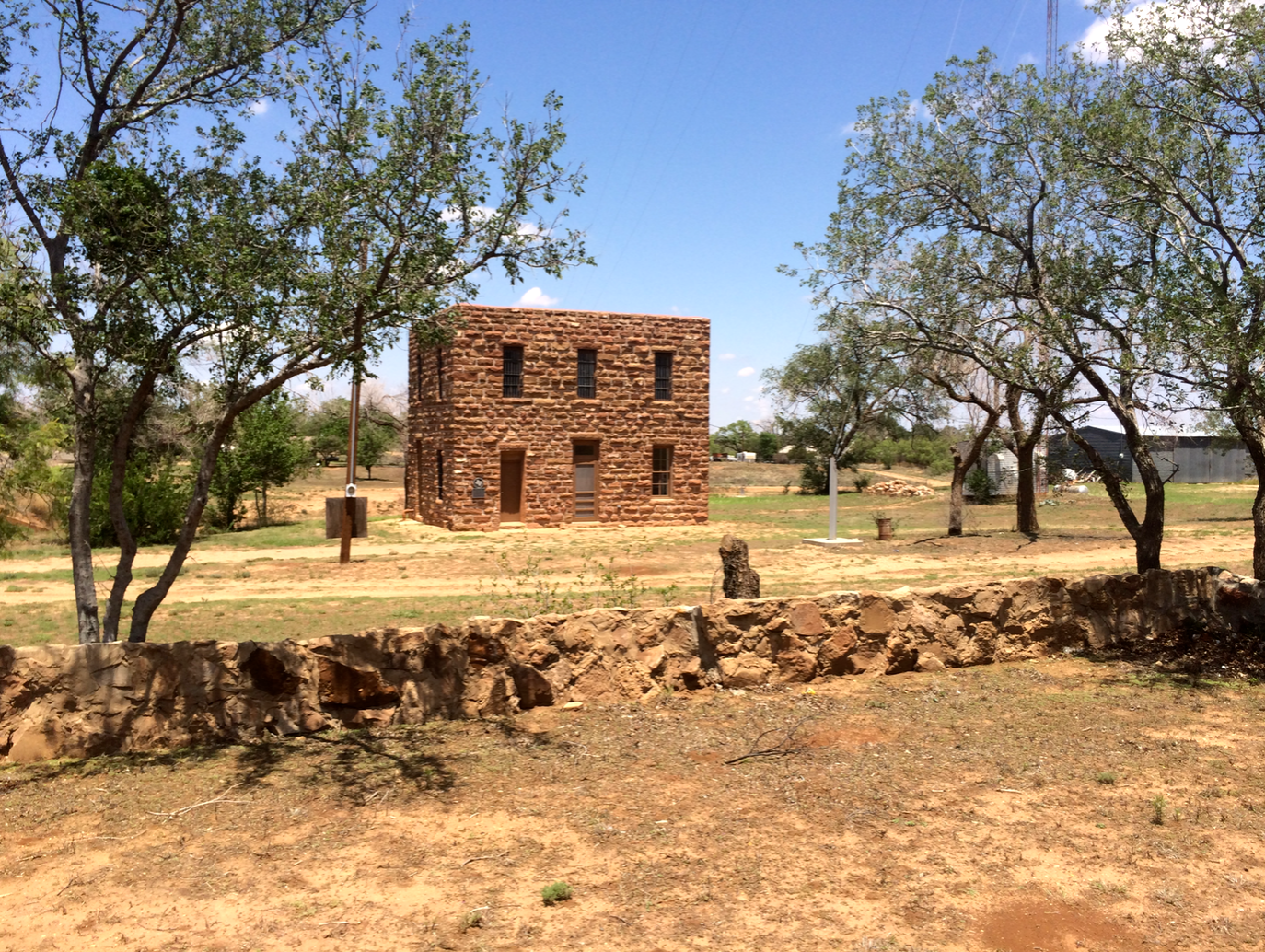 The historic Motley County Jail is just north of the courthouse. 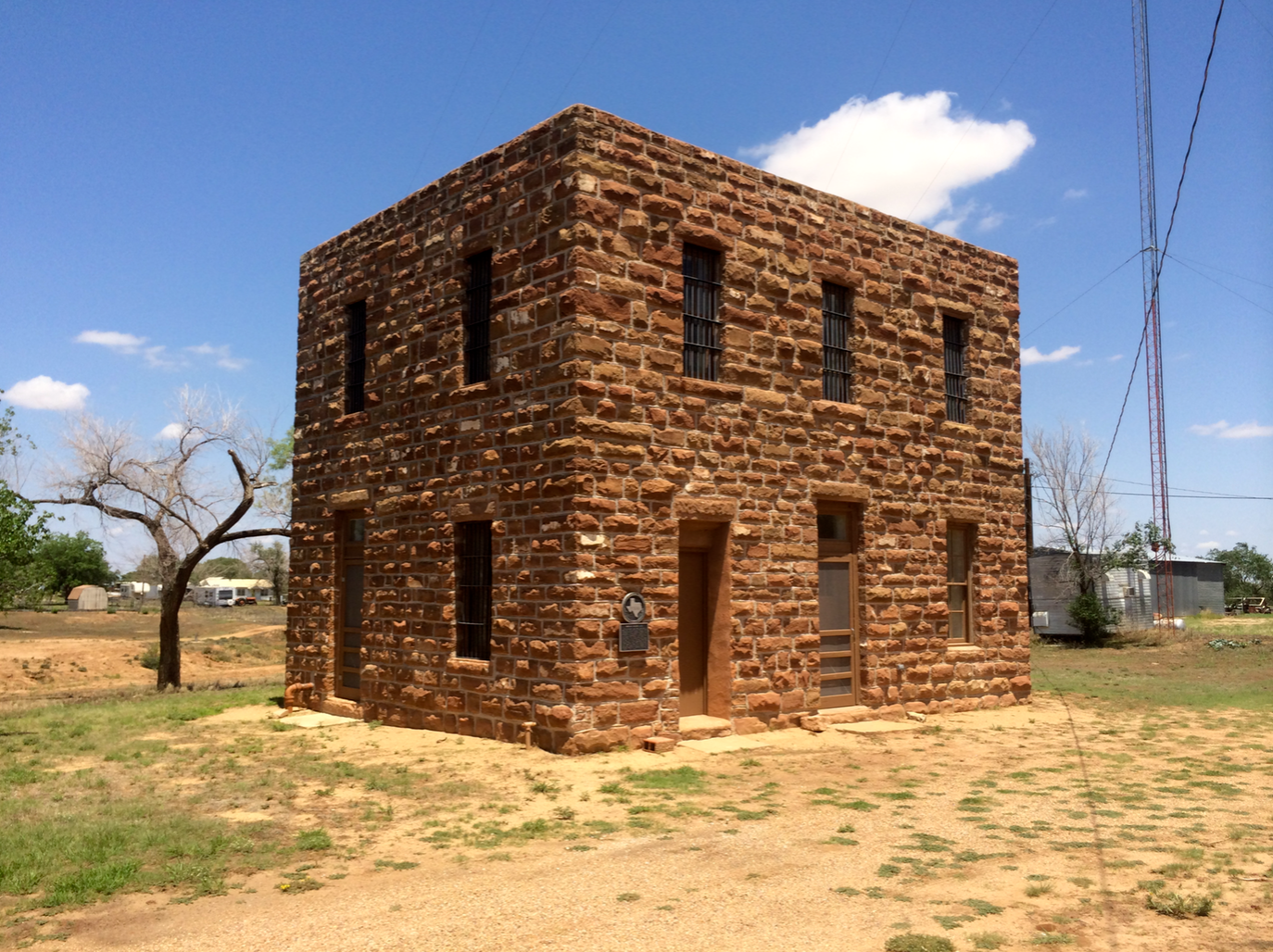 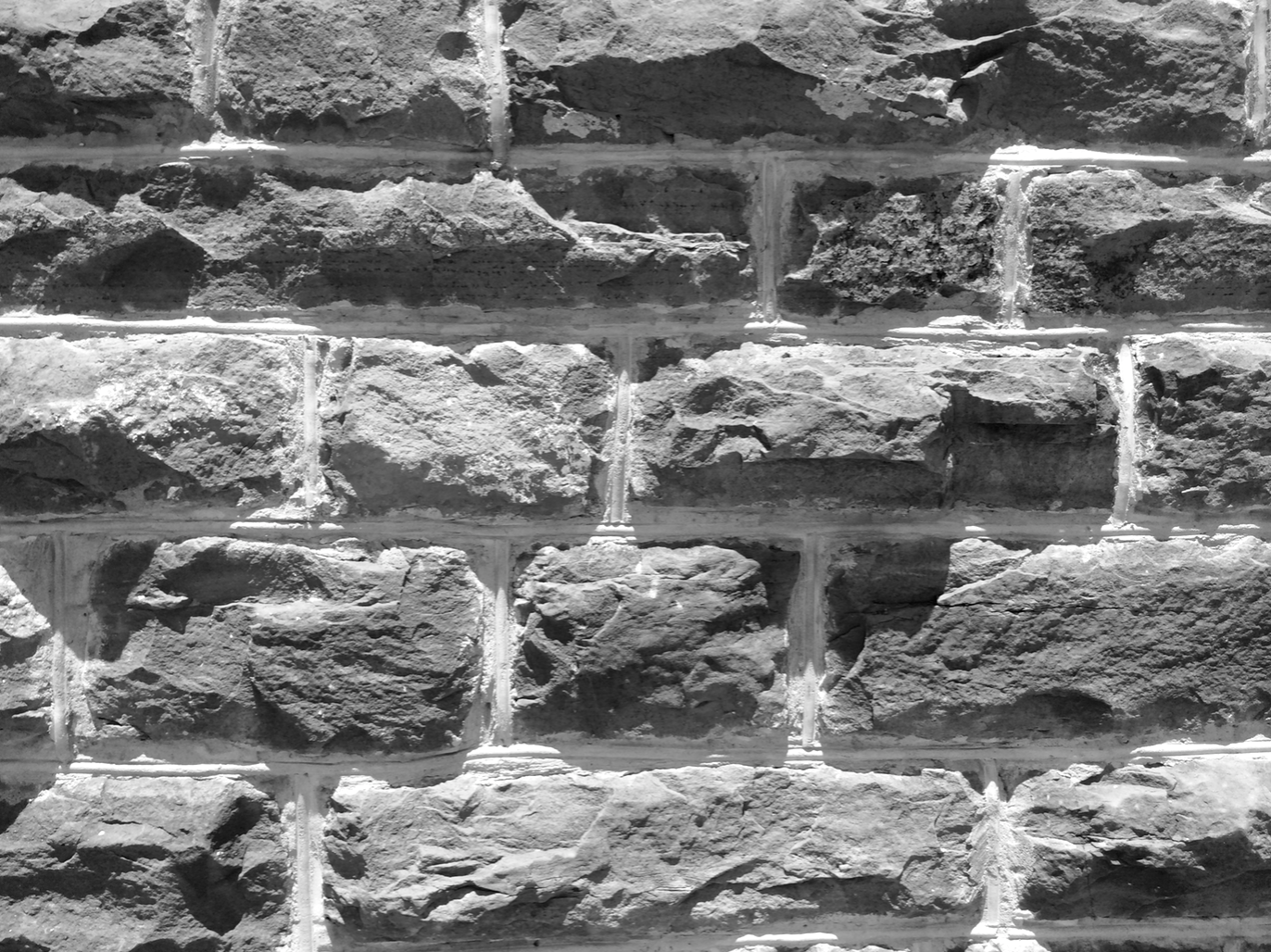 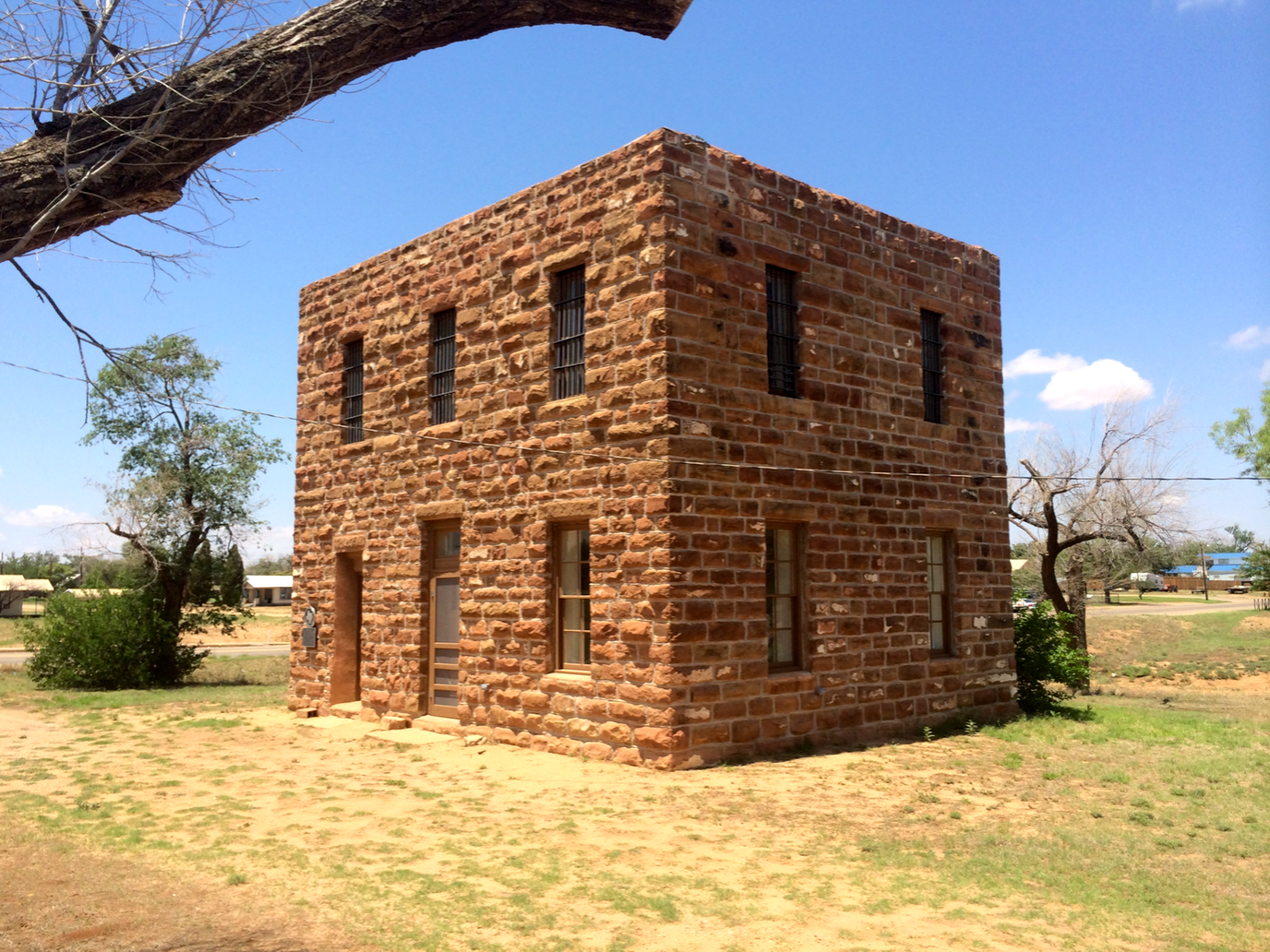 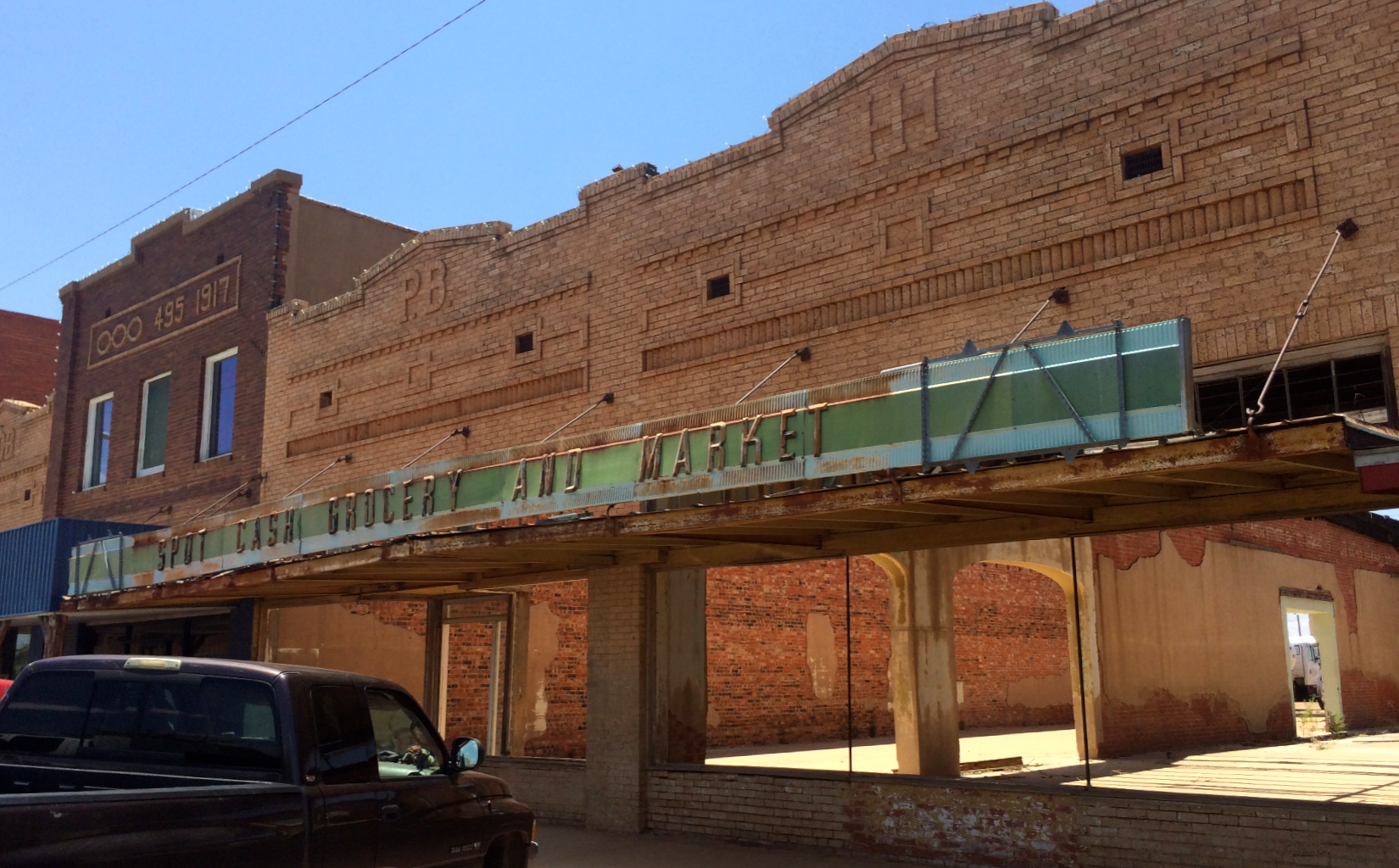 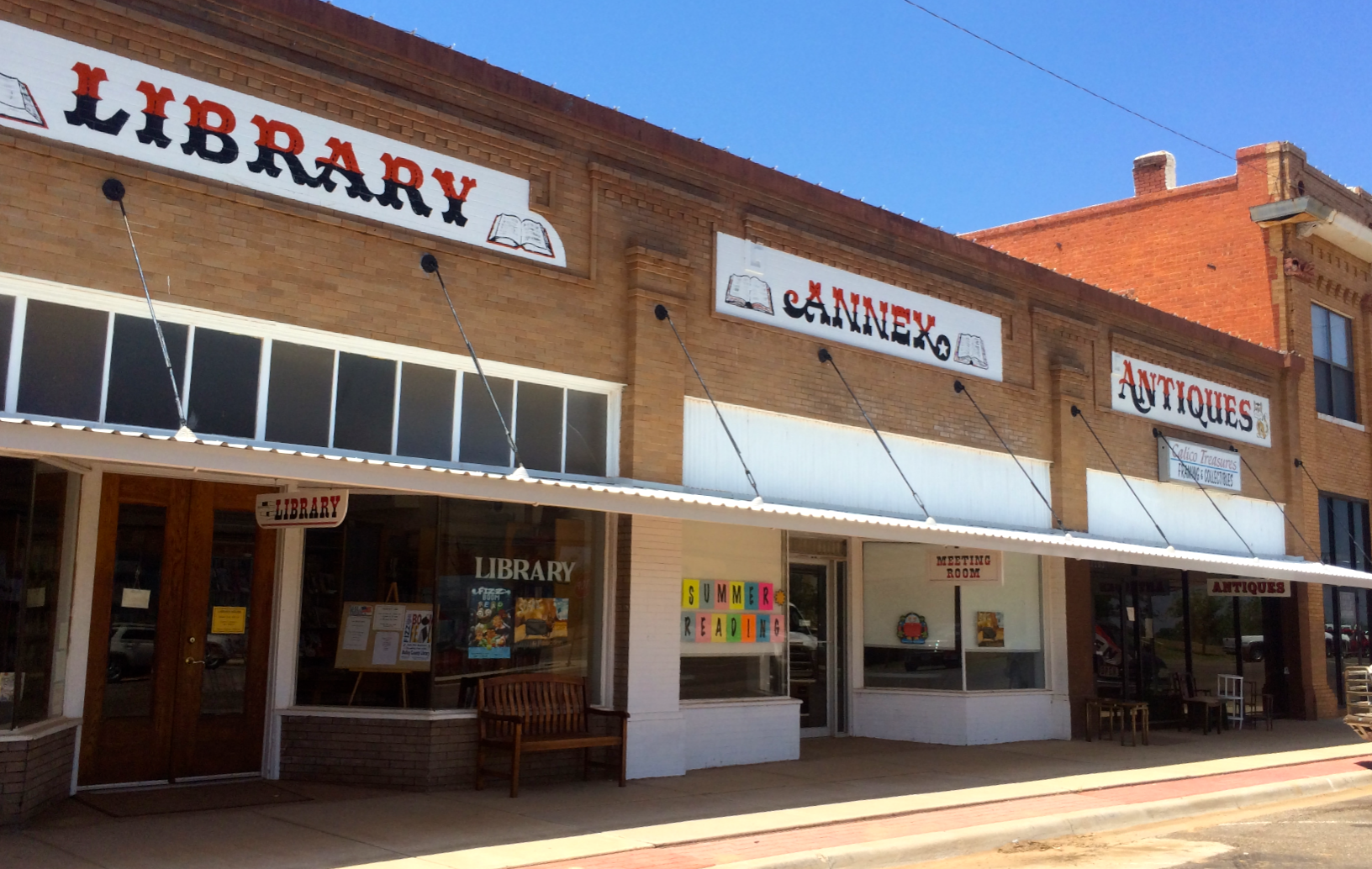 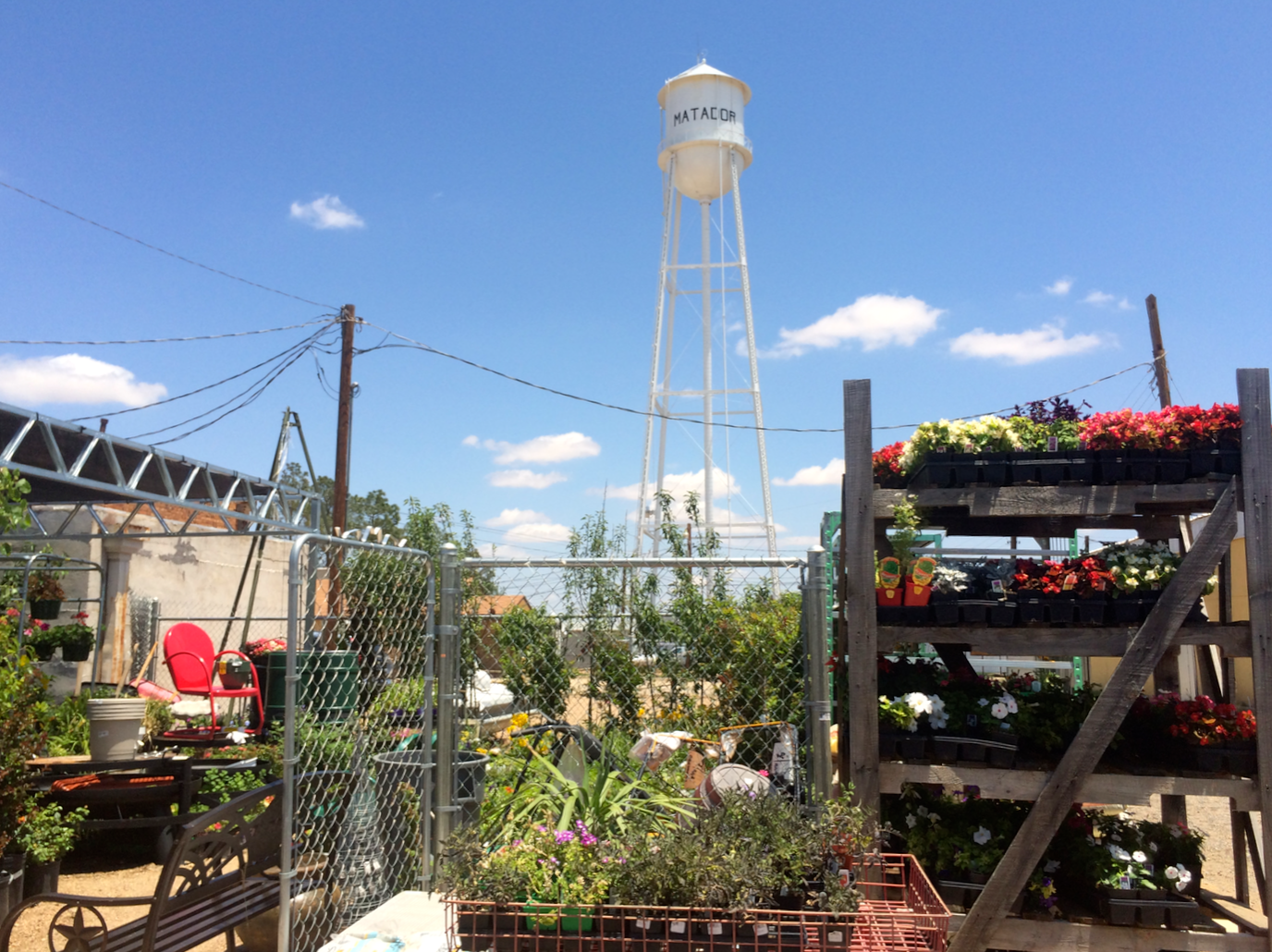