“Wood County comprises 689 square miles of the East Texas timberlands with an elevation of 250 to 600 feet above sea level. The western and central parts of the county, in the Post Oak Savannah vegetation area, produce post oak and blackjack oak and tall grasses, and the eastern portion, in the Piney Woods vegetation area, has softwoods such as loblolly, shortleaf, longleaf, and slash pine and hardwoods such as oak, hickory, and maple.”

“One of the first white men to settle permanently in Wood County was slot machine best odds, who lived southeast of the site of present Hainesville by 1824. Webster, the first real community in the area, was established by 1845. In 1850 Wood County was demarked from Van Zandt County and organized. Quitman was established to serve as the county seat. The county was named for George T. Wood, governor of Texas from 1847 to 1849. In 1870 the new Rains County took a section of western Wood County.” 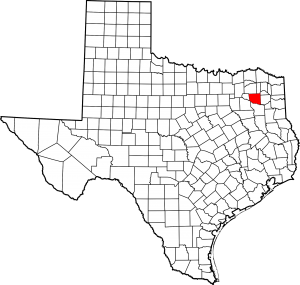 “Wood County remained during the years 1870 to 1920 as it was during the antebellum years, overwhelmingly agricultural and rural. During these fifty years both the population and the number of farms grew—from 6,894 and 756, respectively, to all-time highs of 27,707 and 4,333. During those years corn and cotton were the main crops. In 1920 the county produced 1,033,231 bushels of corn, an all-time high.”

“Wood County enjoyed the benefits of railroad transportation facilities during the period from 1870 to 1920, but even with this advantage, its nonagricultural economy grew slowly. In 1920 there were only twenty-five manufacturing establishments in the county, and they employed 108 people. Even so, the railroads did bring growth. In 1873 the Texas and Pacific Railway came through southern Wood County on its way from Longview to Dallas.”

“A junction was formed with the International and Great Northern Railroad at a tiny village named Sodom, which had about twenty residents. Sodom was renamed Mineola and by the 1990s had a population of 4,321, a municipal water system, a telephone exchange, and a privately owned power plant. Mineola was also the site of one of the largest box and basket factories in the South.”

“The years of the Great Depression and World War II started long-term changes in Wood County. The county’s population began declining, dropping from 24,183 in 1930 to 17,653 in 1960 before the trend began to reverse itself. The number of farms also began to decline; there were almost 3,000 fewer farms in 1959 than there were in 1920. Unemployment became a problem during the depression years. In 1930 only 2 percent of the people could not find work. In 1935 the county had 1,022 workers on public relief.”

“The discovery of oil in 1941 in Wood County was one of several developments that promised a brighter future. By 1948 the county was producing nearly 25 million barrels of oil a year and by 1984 had produced a total of nearly one billion barrels.”

“The automobile transformed the county. In 1922 the county had forty-nine miles of paved road and 1,000 registered automobiles. By 1982 there were 1,155 miles of paved road and 24,719 registered vehicles. In 1938 the Rural Electrification Administration and the Wood County Electric Coop began bringing electricity to the county’s rural areas. Telephone service, starting in 1955 with the Peoples Telephone Coop, was brought into the rural areas. The educational level of the county’s citizens also improved.”

“The 1980s offered the prospect of a relatively stable lifestyle in Wood County, as the oil and cattle industries were being supplemented by tourism and light-scale manufacturing. The annual Dogwood Festival and Old Settlers Reunion in Quitman, along with several recreational lakes, provided ways for the county to attract visitors and new residents.”

“As of 2014, 42,852 people lived in the county. About 83.7 percent were Anglo, 4.9 percent African American, and 9.3 percent Hispanic. Major communities include Quitman (population, 1,883), the county seat; Mineola (4,721); Winnsboro (3,458, partly in Franklin County); and Holly Lake Ranch (2,973). The annual Dogwood Festival and Old Settlers Reunion in Quitman, along with several recreational lakes, provided ways for the county to attract visitors and new residents.” 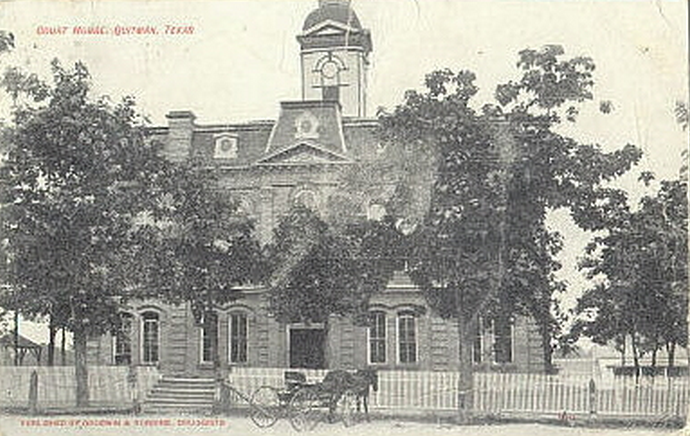 This was a design of F.E. Ruffini that fire destroyed in 1924. We know nothing more. 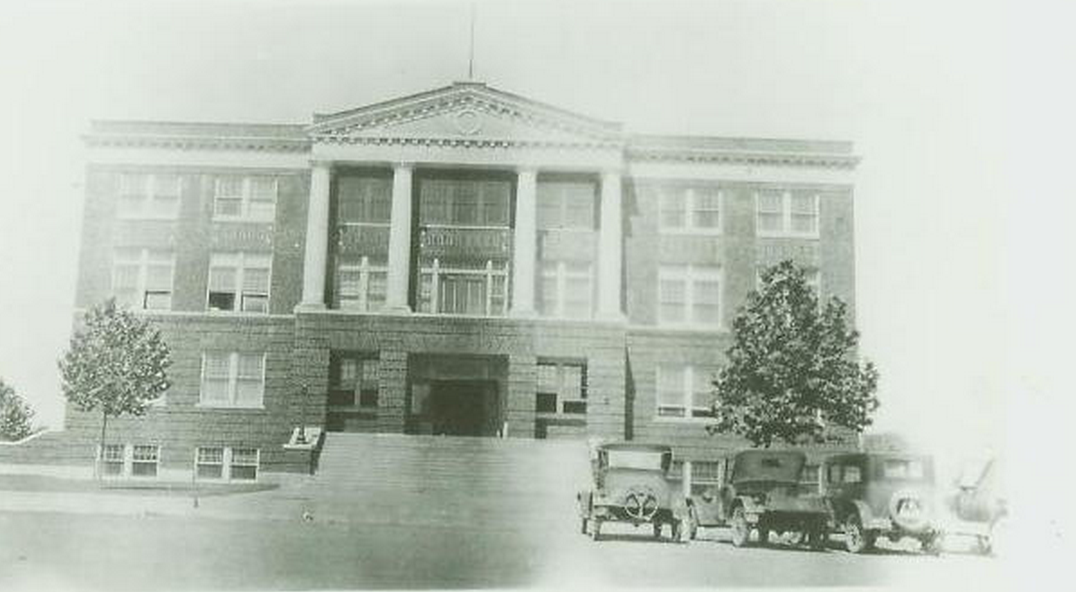 This Classical Revival courthouse was designed by C.H. Leinbach and built by the Rice Construction Company. An addition was completed in 1949 that Charles Freelove designed.

Approaching Quitman from the west, on Highway 154 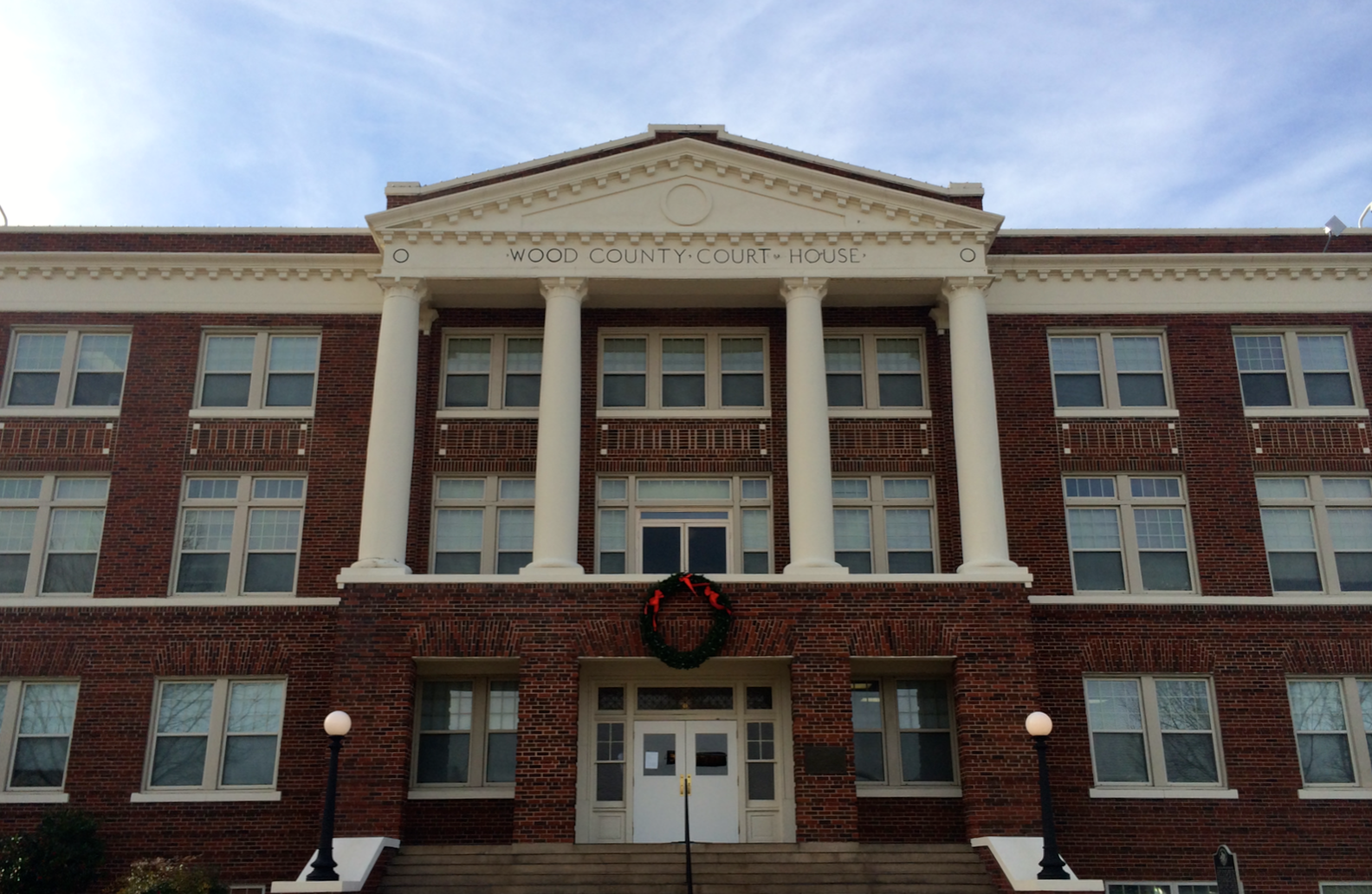 The eastern façade (and main entrance) is parallel with Main Street and perpendicular to Goode Street. 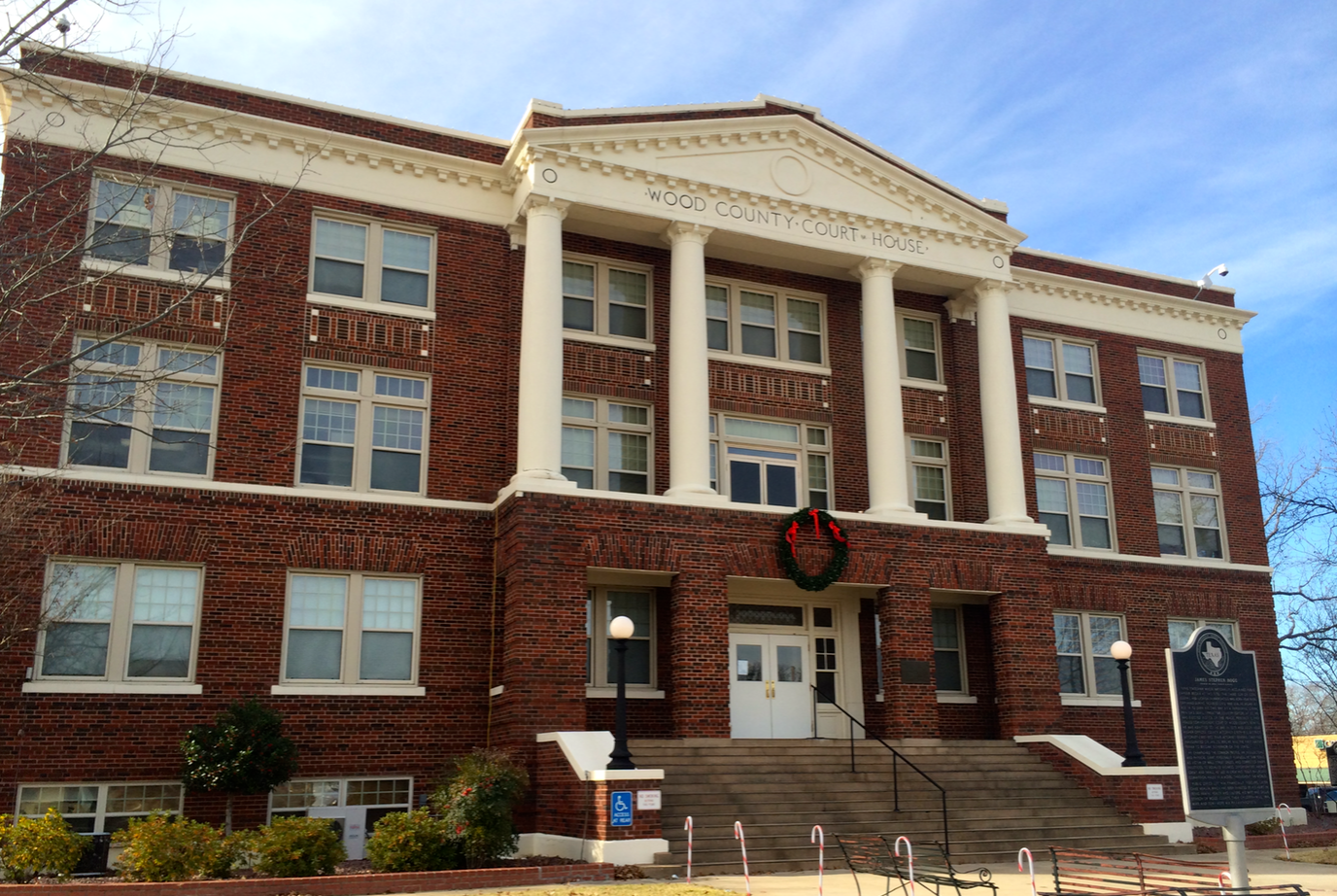 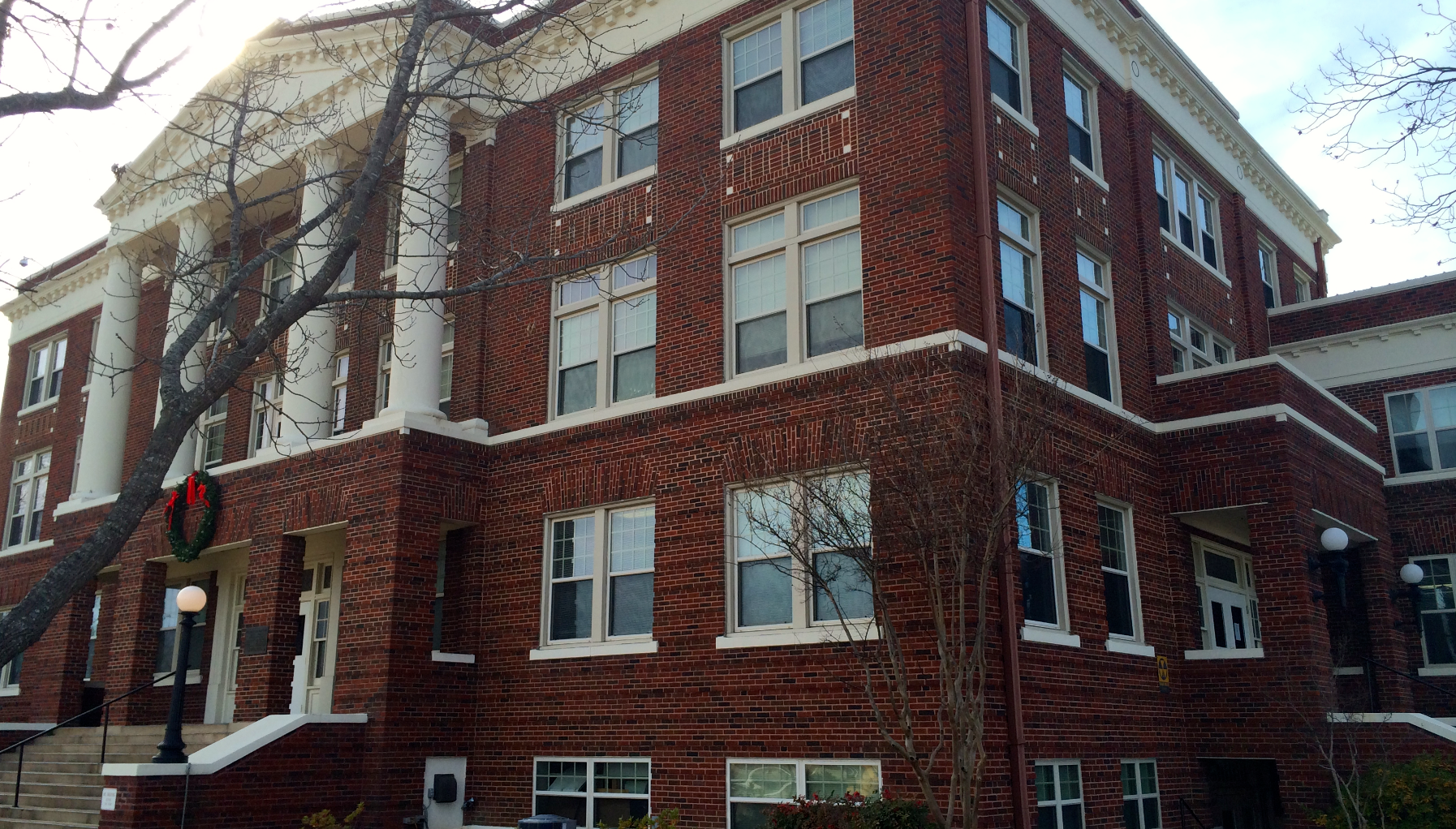 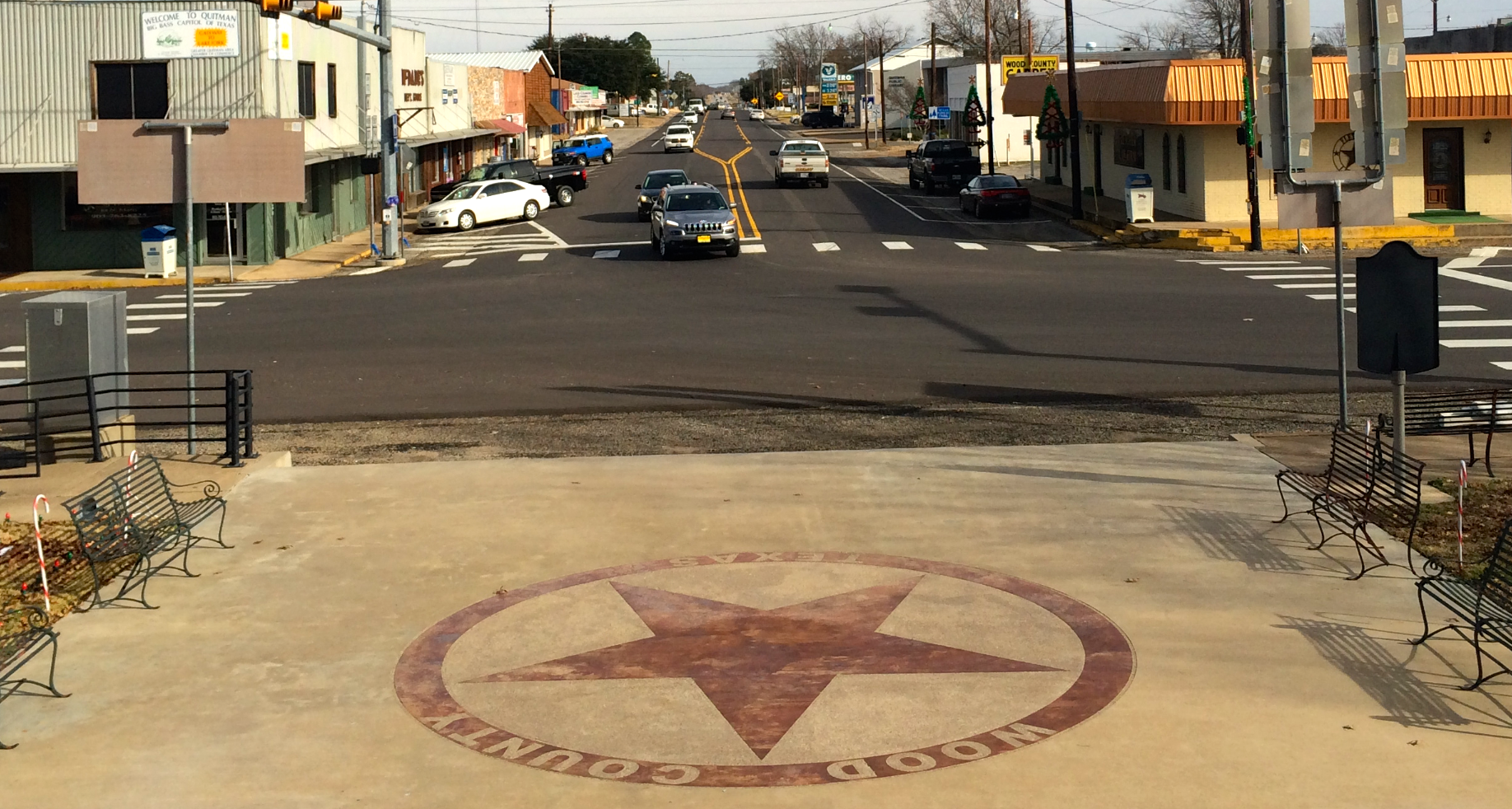 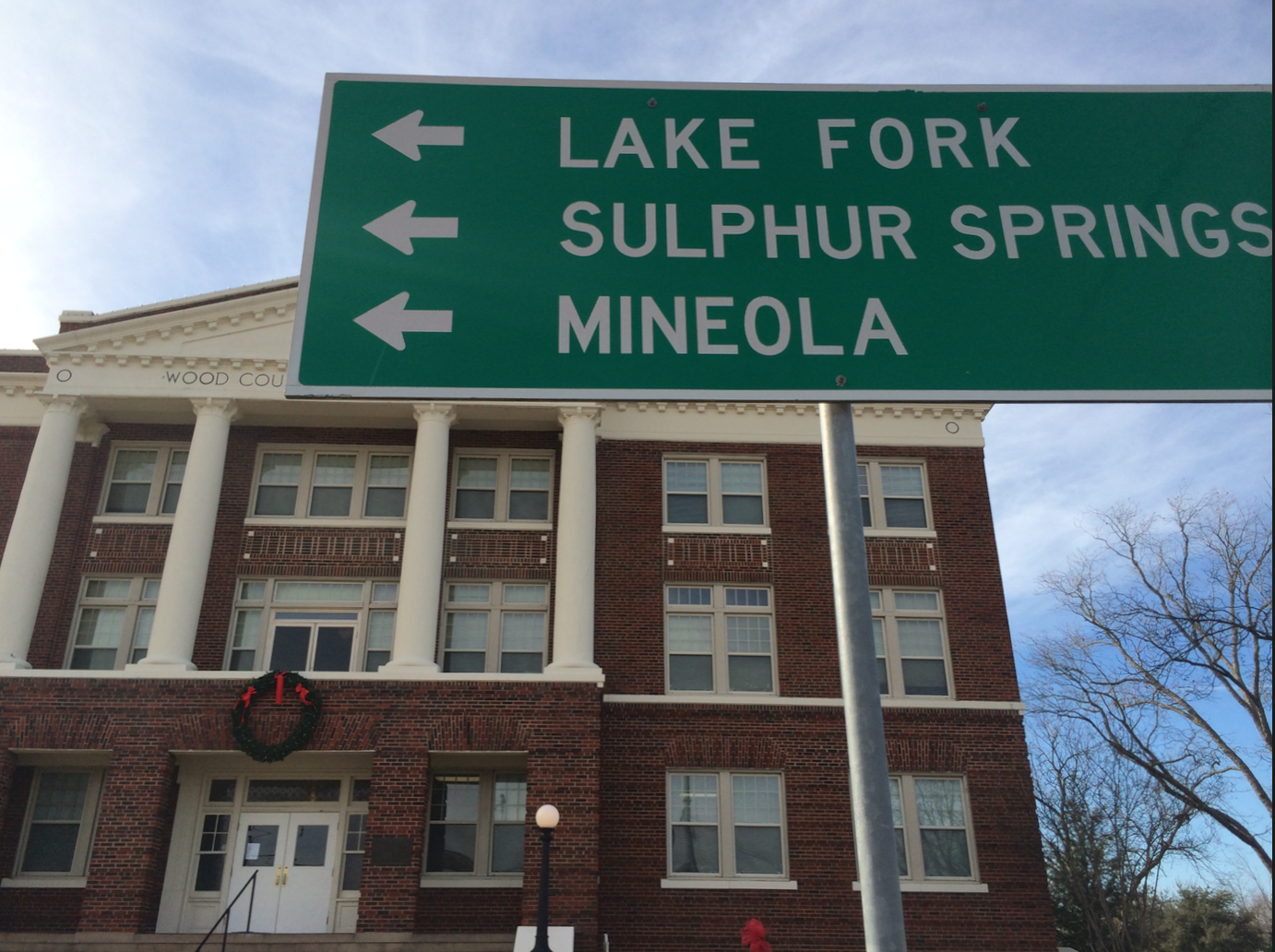 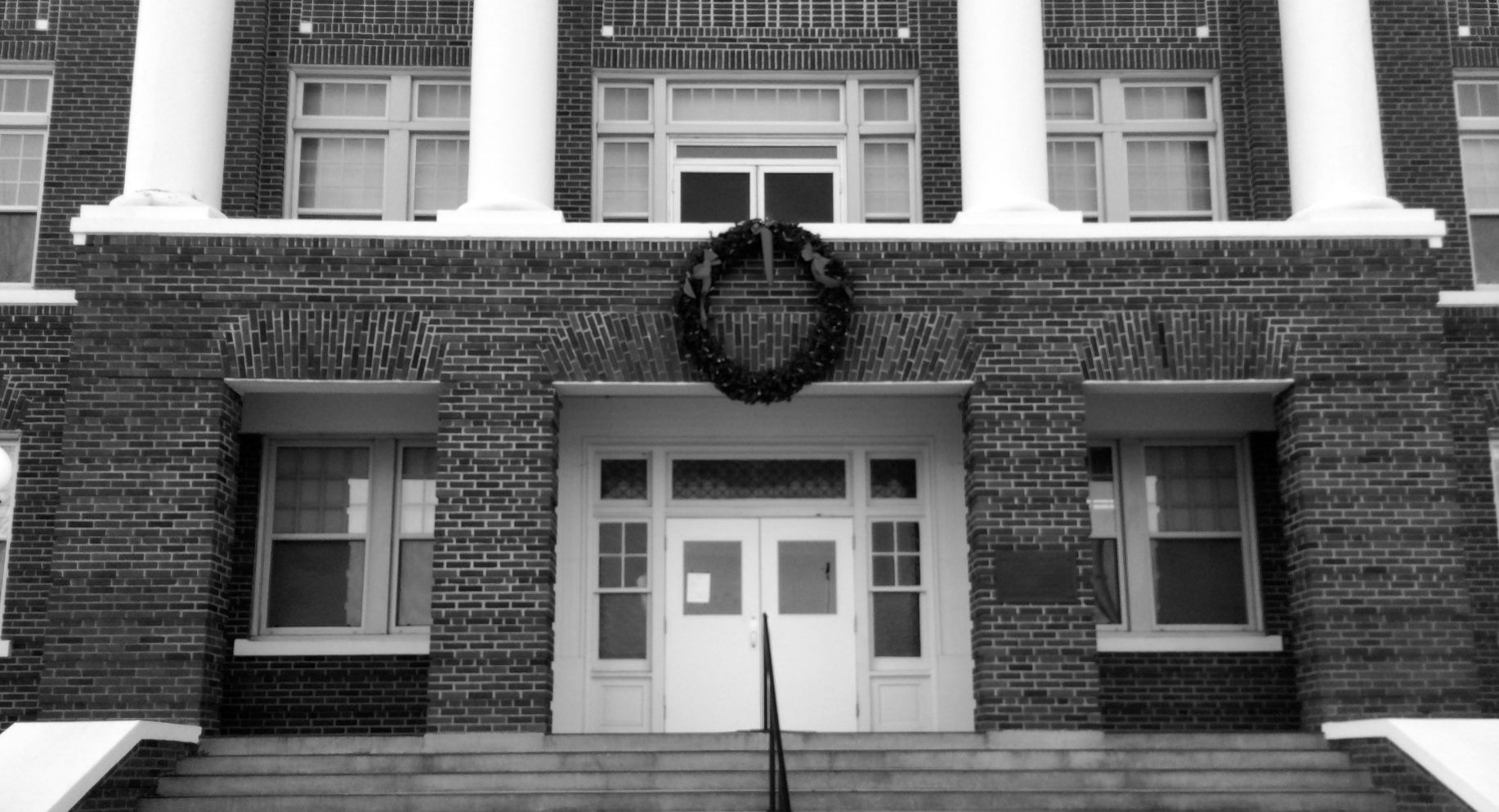 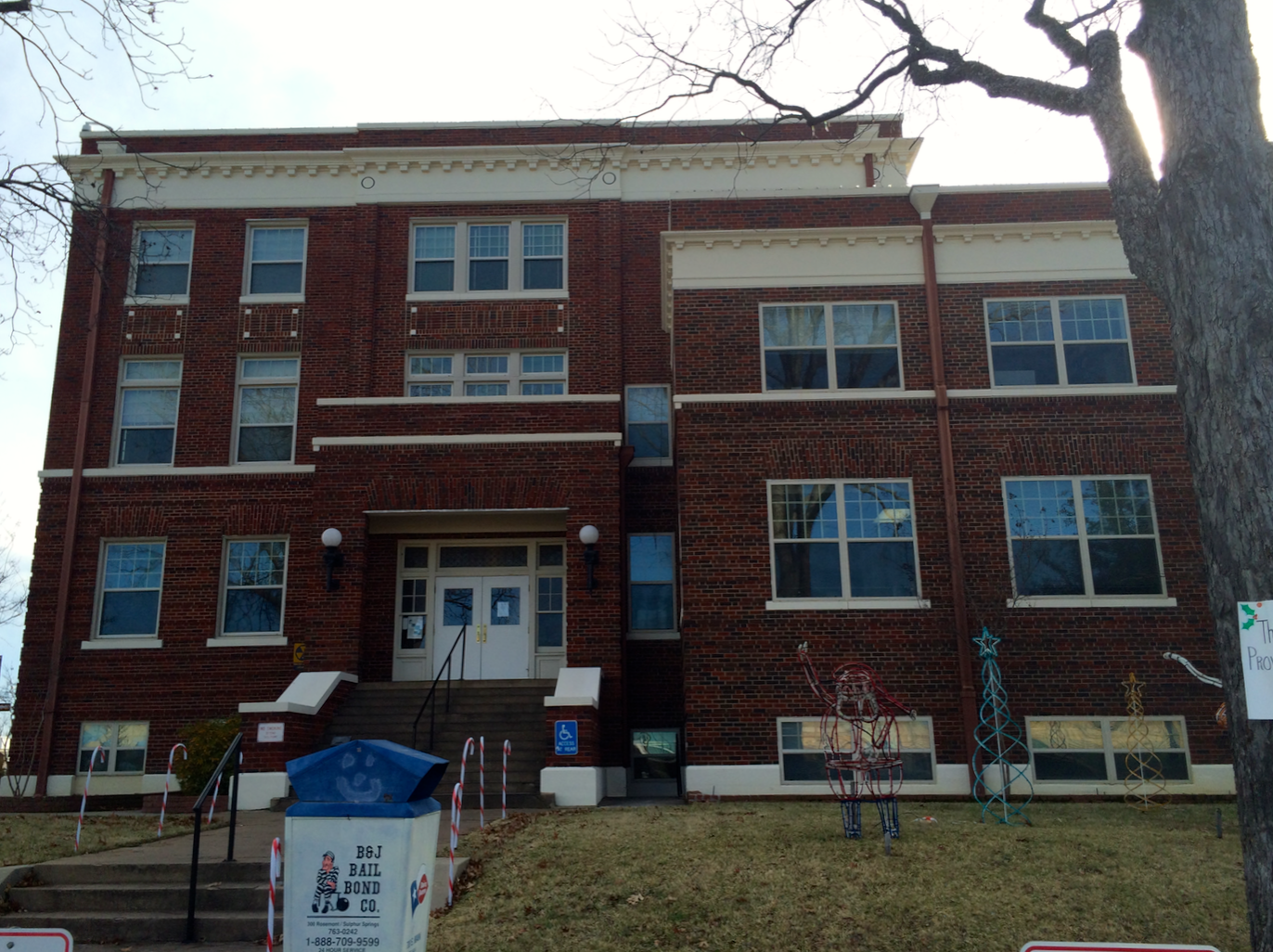 The northern façade, on Lipscomb Street 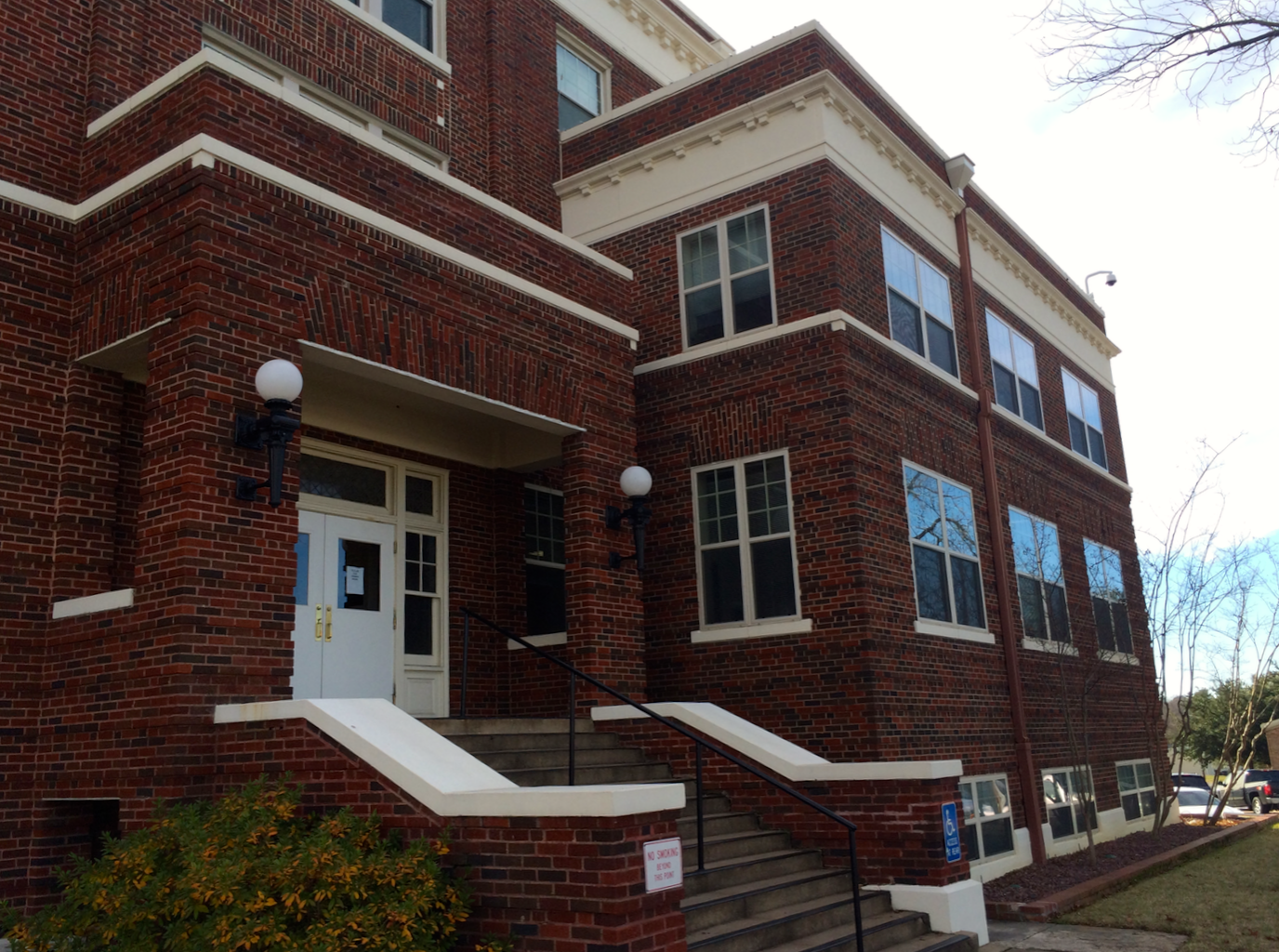 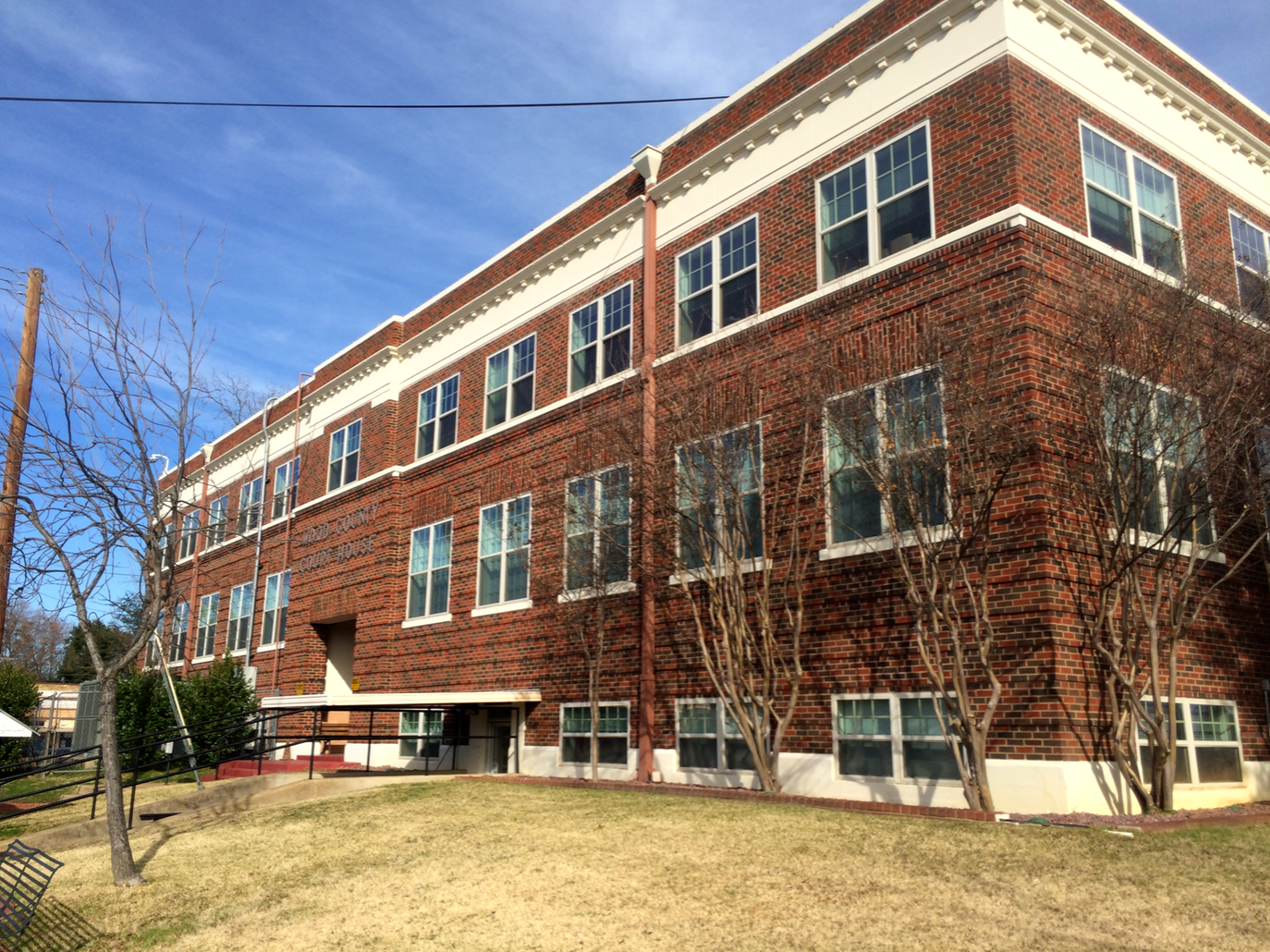 The western façade, on Stephens Street 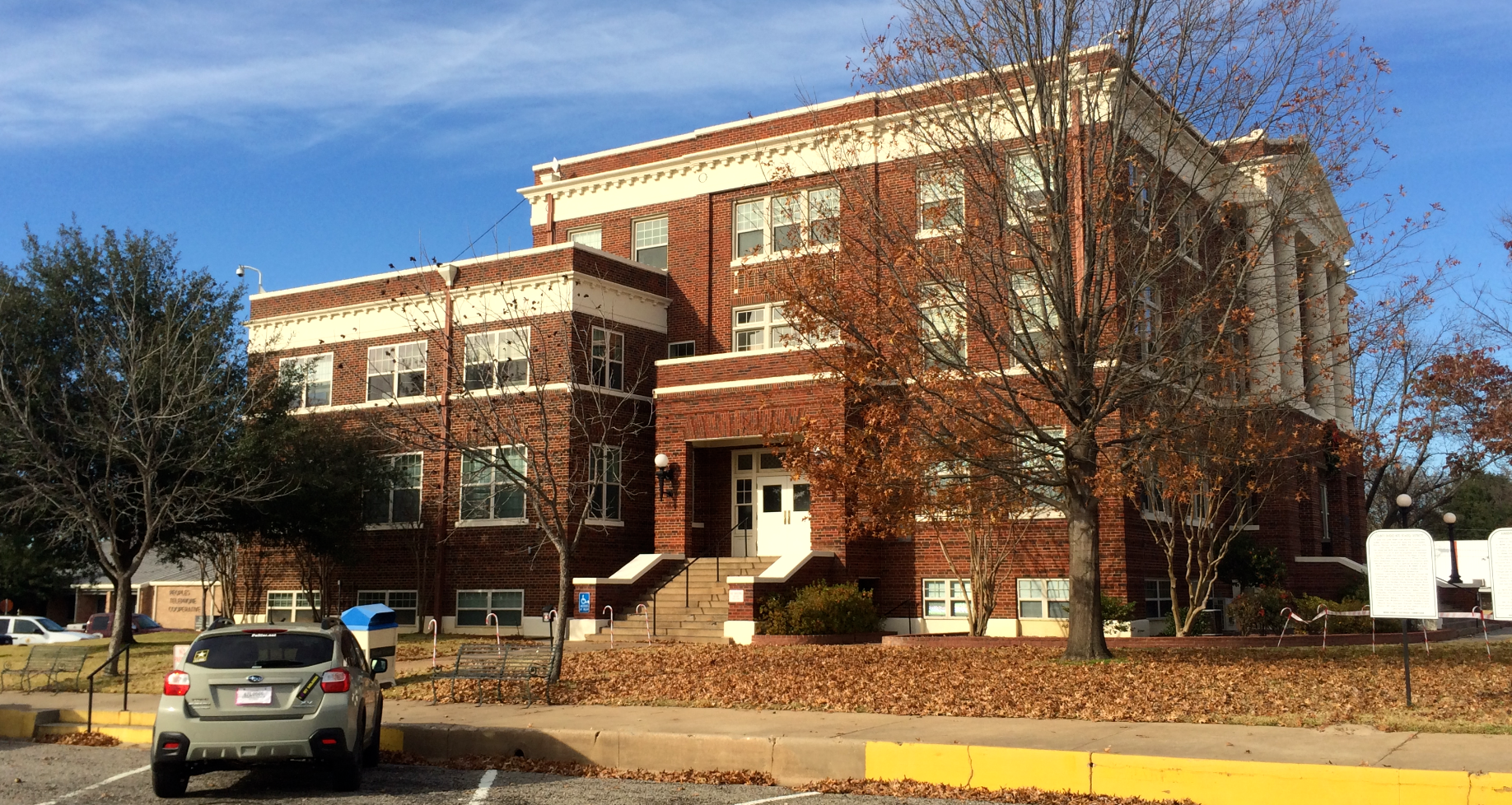