“[Archer C]ounty comprises 900 square miles of the Central Rolling Red Plains, Central Rolling Red Prairies, and Western Cross Timbers. Soils range from sandy loams and clays to stony soil on the plains and prairies and sand or loams in the timbers. Major deposits of oil and gas, copper deposits, and beds of sand and gravel make up the natural resources of this generally agricultural county.”

“On January 22, 1858, the Texas legislature marked off Archer County from Clay County and named it in honor of Republic of Texas commissioner Branch Tanner Archer. No settlers had yet arrived. By 1875, however, the United States Army had driven all the Indians from North Texas and the area was open to settlement.”

“In 1874 the first American settler, Dr. R. O. Prideaux, originally from England, settled on the West Fork of the Trinity River in southeastern Archer County. He had observed that the buffalo he had shot there were fat. Soon other cattlemen and farmers moved in, and scattered herds of longhorn cattle were introduced to different parts of the county’s grasslands. Along with buffalo hunters, the pioneer cattlemen led the way for other American settlers by eliminating great herds of buffalo and antelope.” 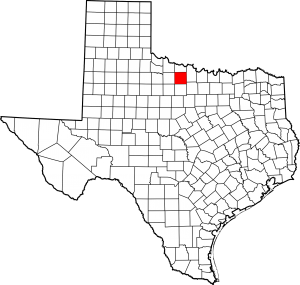 “Barbed wire was introduced in the fall of 1880, and great pastures were fenced. Herd owners divided the county into three portions. The T Fork and 99 pastures controlled the north section, the OX Ranch and Circle Ranch pastures formed the central part, and the LM, TIP, JJ, CLA Bar, Mule Shoe, GAR, Figure 3, Lazy H, and other smaller ranches occupied the southern portion.”

“In November 1879 farmers combined with the small ranchers in Archer County and presented a petition to the commissioners’ court of Clay County calling for the political organization of Archer County. Larger cattle interests, bitterly opposed to organization, protested and delayed the process, but in the spring of 1880 the court ordered an election. Archer County was organized on July 27 of that year.”

“When election results designated Archer City the county seat, Dr. C. B. Hutto, a dentist from South Carolina and founder of the town, gave the county a one-story box house with four small rooms and one large room to be used as a courthouse.The large room served as a courtroom and office space for the county attorney. The county clerk, sheriff, tax collector, surveyor, and treasurer each used a smaller room.”

“The Great Plains environment tested Archer County’s new settlers early with a blizzard-drought-blizzard series in 1885–87. The bitter winter of 1885–86 killed thousands of cattle in the county; the Circle Ranch was bankrupted because of its losses. Then, in the summer of 1886, hot west winds dried up vegetation and water sources, and a severe drought followed.”

“Railroads played an important role in attracting settlers to the county during the late nineteenth and early twentieth centuries. In 1890 the Wichita Valley Railway crossed northern Archer County, giving rise to the towns of Holliday, Mankins, and Dundee. In 1908 the Wichita Falls and Southern Railway pushed south through Archer City on its way to the coal supply of Newcastle in neighboring Young County.”

“Meanwhile, farmlands expanded dramatically, and crop production helped to balance the economy. Between 1890 and 1920 farmers in Archer County opened tens of thousands of acres to the production of forage crops as well as such cereal crops as corn, wheat, and oats; by 1920, wheat culture occupied more than 37,000 acres; wheat was the county’s most important crop at that time. Cotton culture also expanded significantly.”

“The hard times of the Great Depression in the 1930s shook out many farmers and cut seriously into the county’s crop production. By 1940 only 501 farms remained in Archer County; only 4,391 acres was planted in cotton. Dairy products, marketed in Wichita Falls, had already become an important part of the economy, along with poultry production.”

Both the courthouse and Archer City rank high on my lists of favorite courthouses and favorite towns in Texas.

I was the guest of Archer County and Archer City on January 8, 2011 and returned to rephotograph the courthouse and visit “Booked Up” on May 17, 2014. 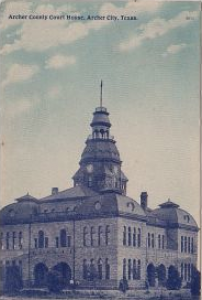 “Designed by A. N. Dawson, the Archer County Courthouse was constructed from 1891 to 1892. It was similar to many courthouses built during the late nineteenth century. Two intersecting corridors divide the ground story into four quadrants in which the tax office, tax assessor, county and district clerks, and commissioners’ court are located. On the second floor, a corridor separates the district courtroom, positioned with the bench adjacent to the south wall, and a row of offices located on the north side. Stairways flank the east and west sides of the courtroom. Brown quarry-faced sandstone from a nearby quarry covers the exterior walls of the three-story courthouse. Triple arches mark the east and west entrances while double arches enunciate the north and south entrances. Roman arches with strong extrados span the openings of the four corner pavilions. Originally on the second story, round-arched openings resembling a Palladian motif were centered in the south and north elevations. At that time, these openings were surmounted by a balustrade. The courthouse has since been remodeled with some of the arches on the second story replaced with lintels and a third story added. As originally constructed, each of the four corner pavilions was topped by a roof with a convex curvature and bull’s-eye windows. A massive octagonal tower, clad in sheet metal, rose from the center of the courthouse, displaying four clock faces and a cupola. The courthouse was remodeled in 1925 and in 1960. The tower and roofs over the corner pavilions were removed in the early alteration. Today the gable roofs of the third floor are clad in clay tile. The openings for the original windows have been filled in with stone, and the original windows have been replaced with smaller, unsympathetic metal versions.” – National Register Narrative

*In my opinion, this is one of the few courthouse remodelings in the state’s history that did not leave behind something hideous. The remodeled Archer County Courthouse remains one of my favorites. 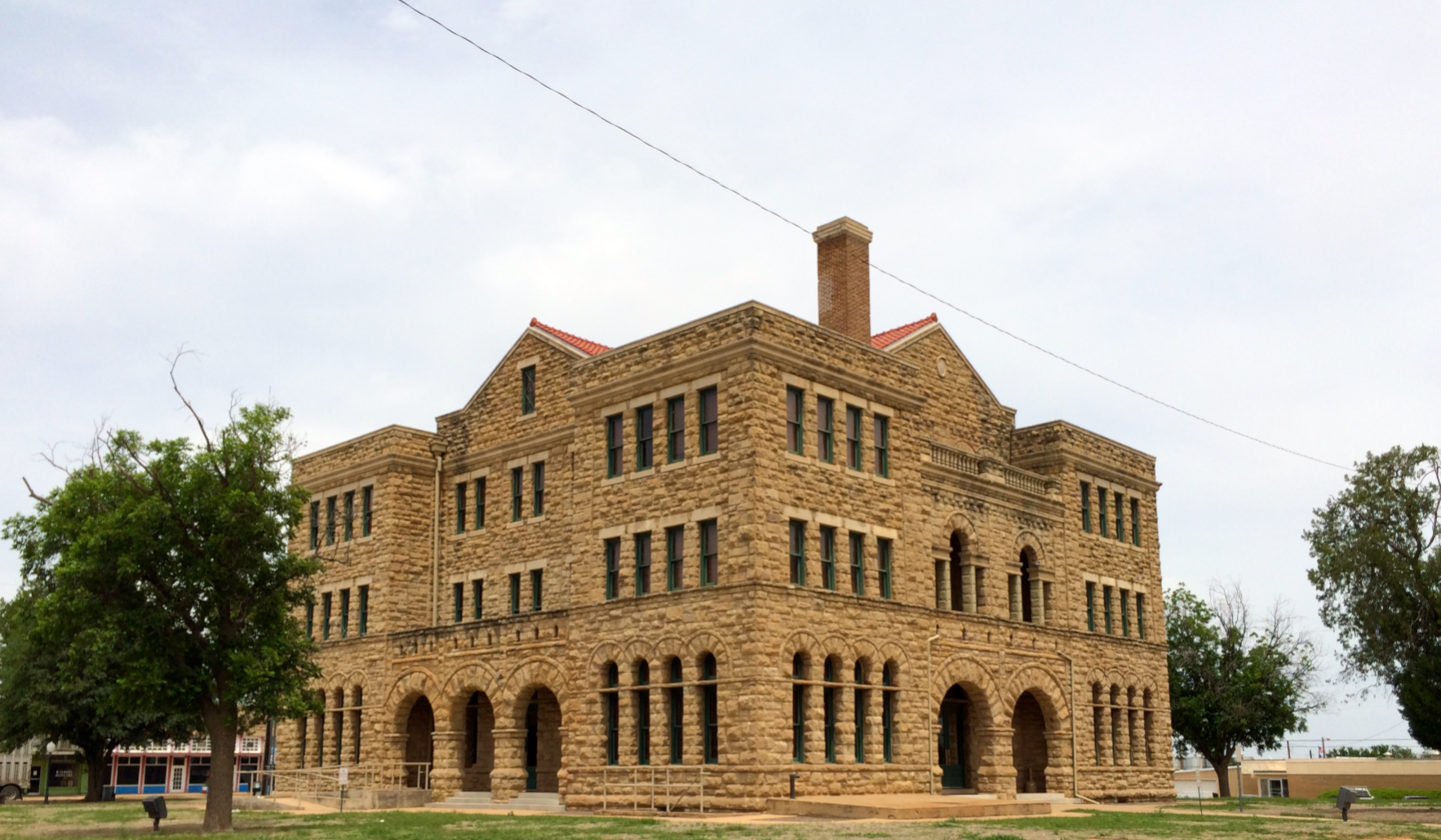 This quaint, sandstone building underwent a THC restoration in 2005 that did not replace its tower. Perhaps it’s for the best. 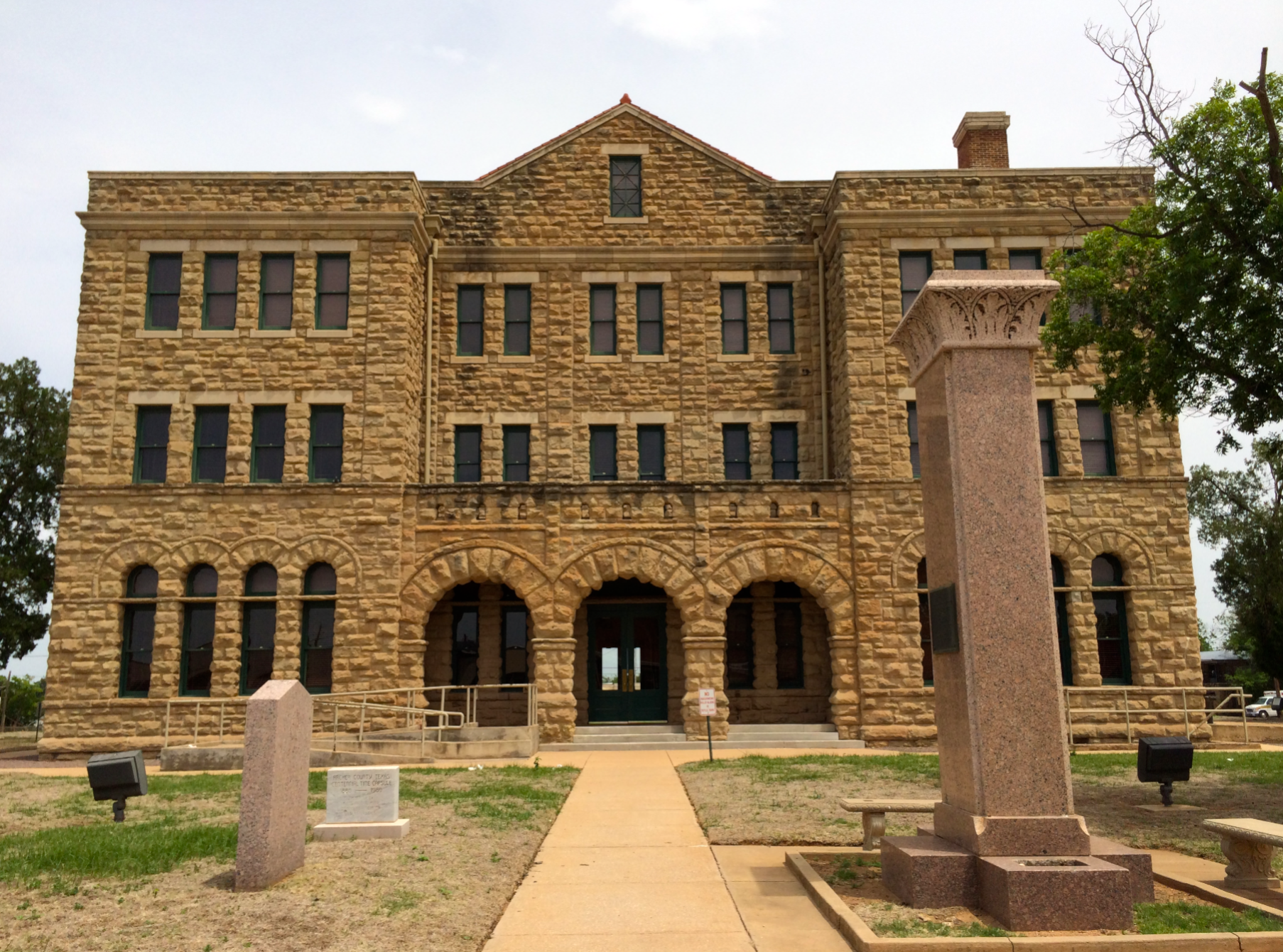 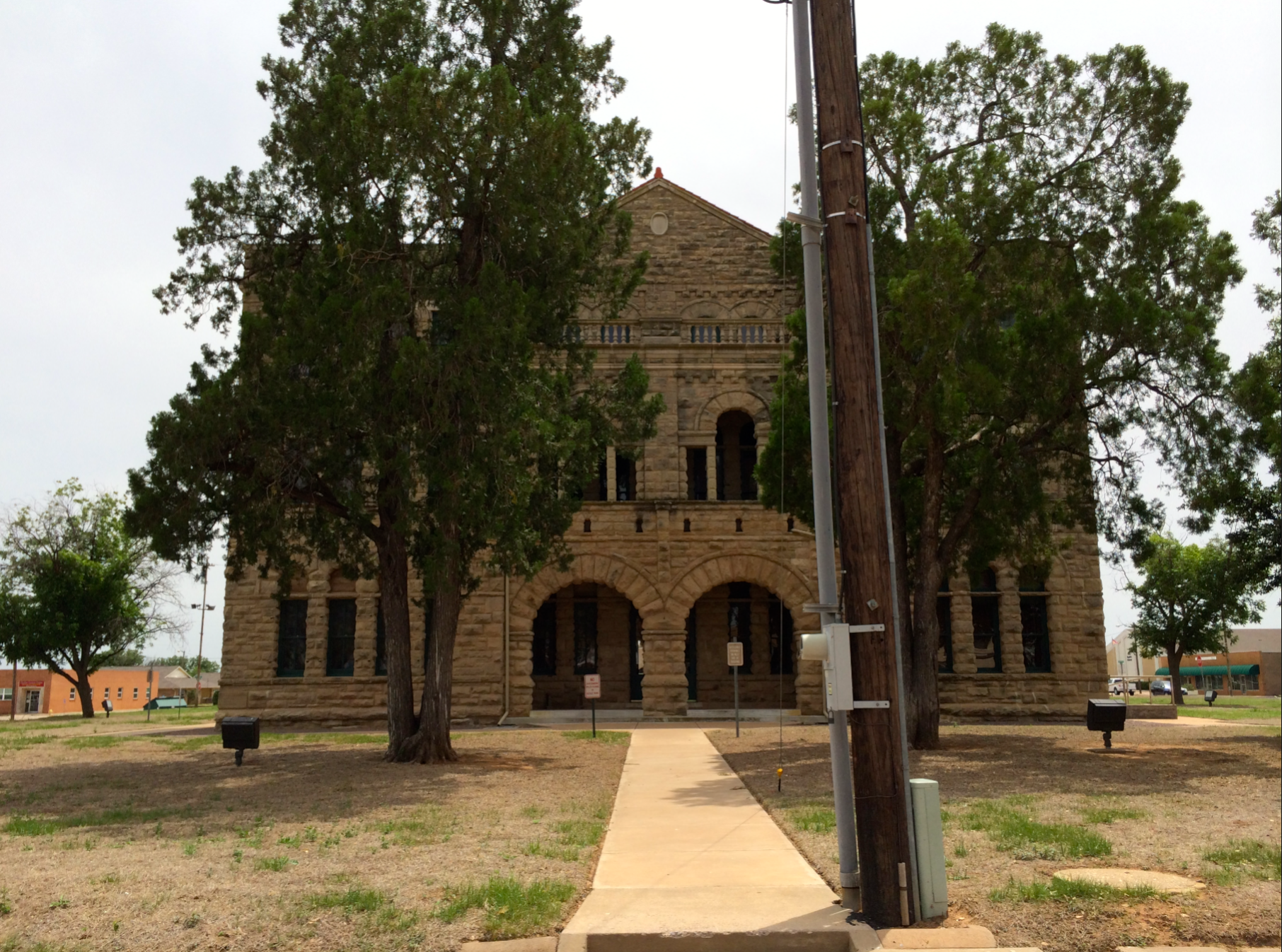 Across the street from the northern façade is the Royal Theater… 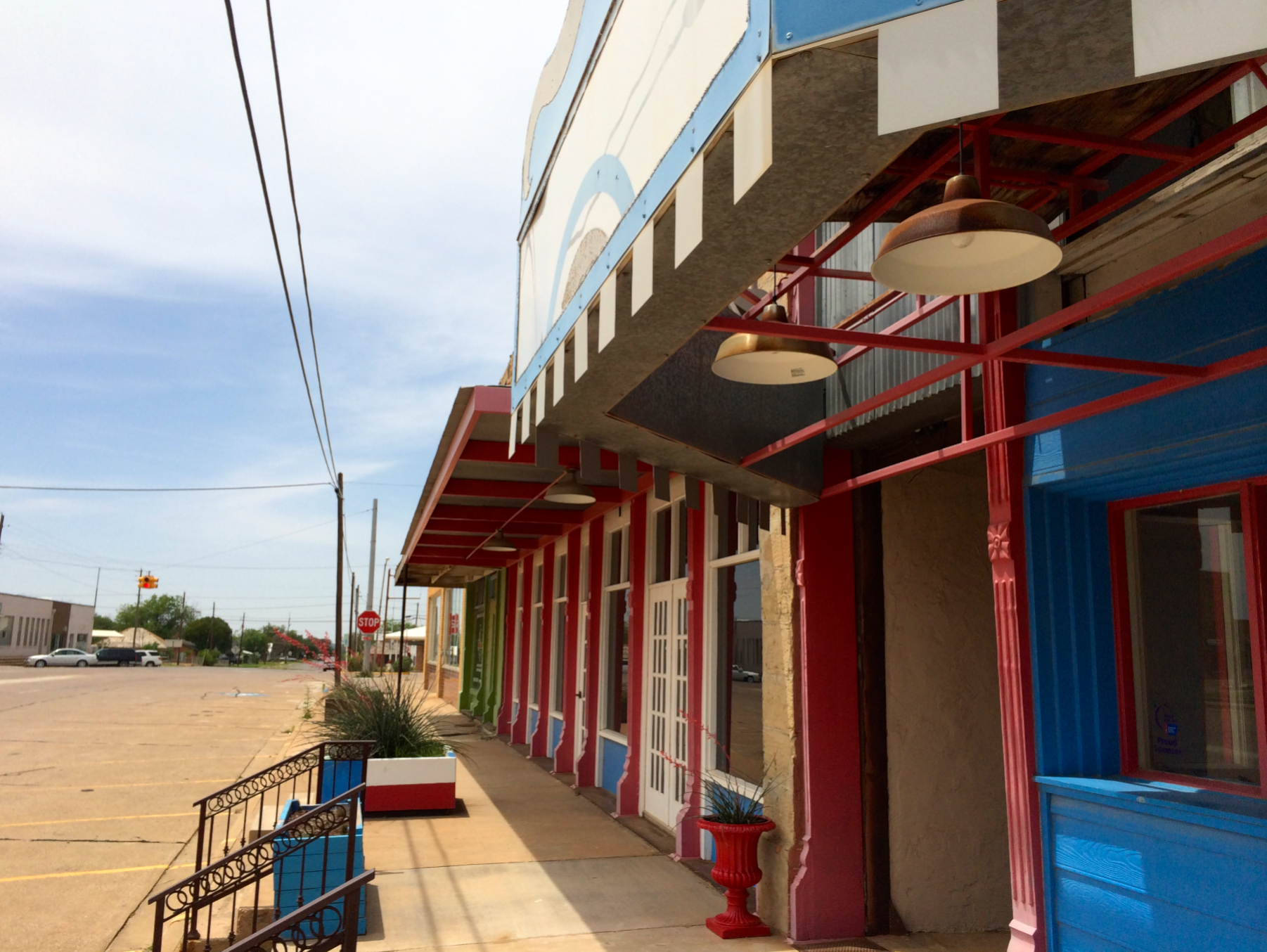 …and a string of other colorful storefronts. 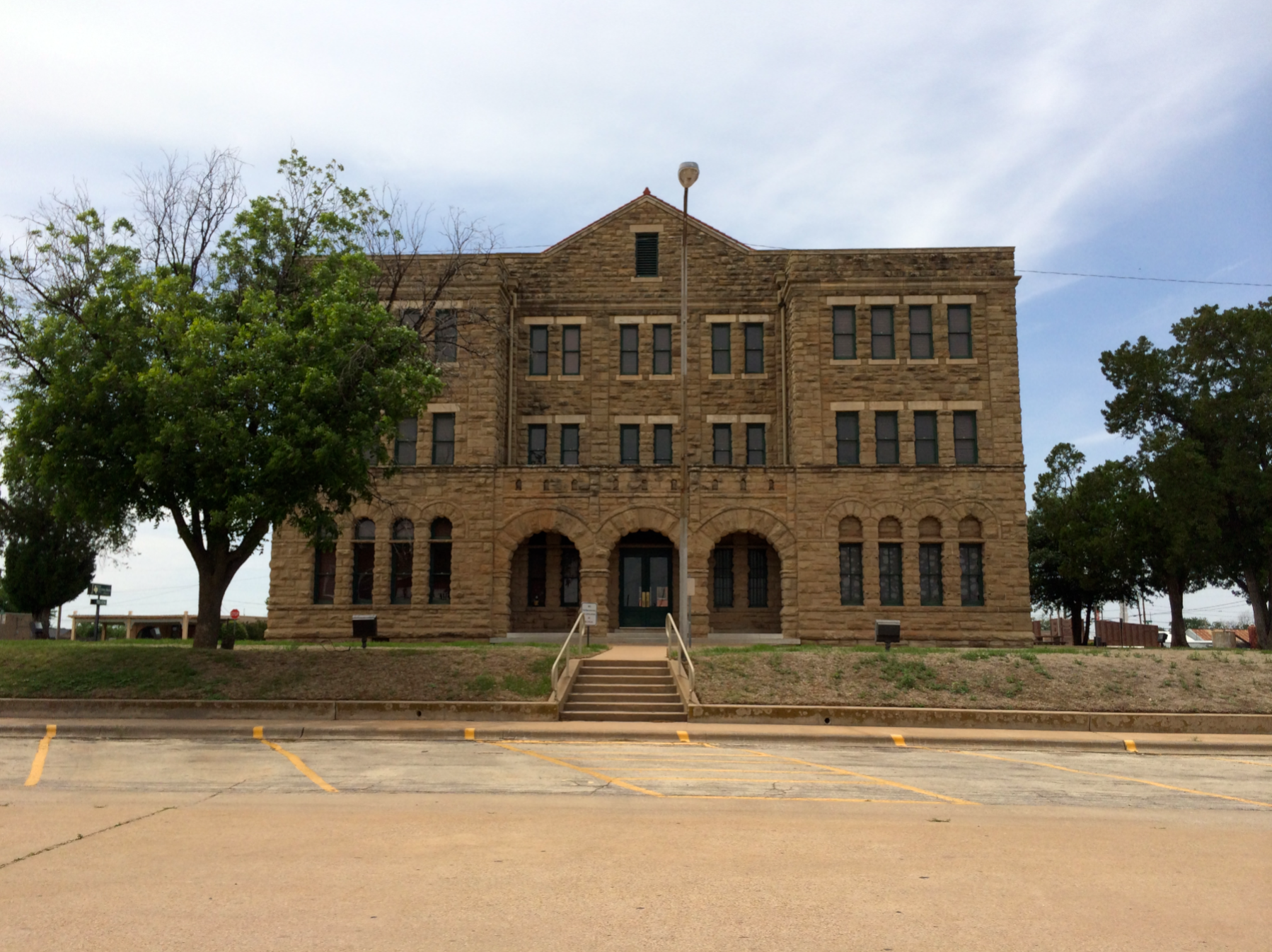 The eastern façade on Sycamore Street 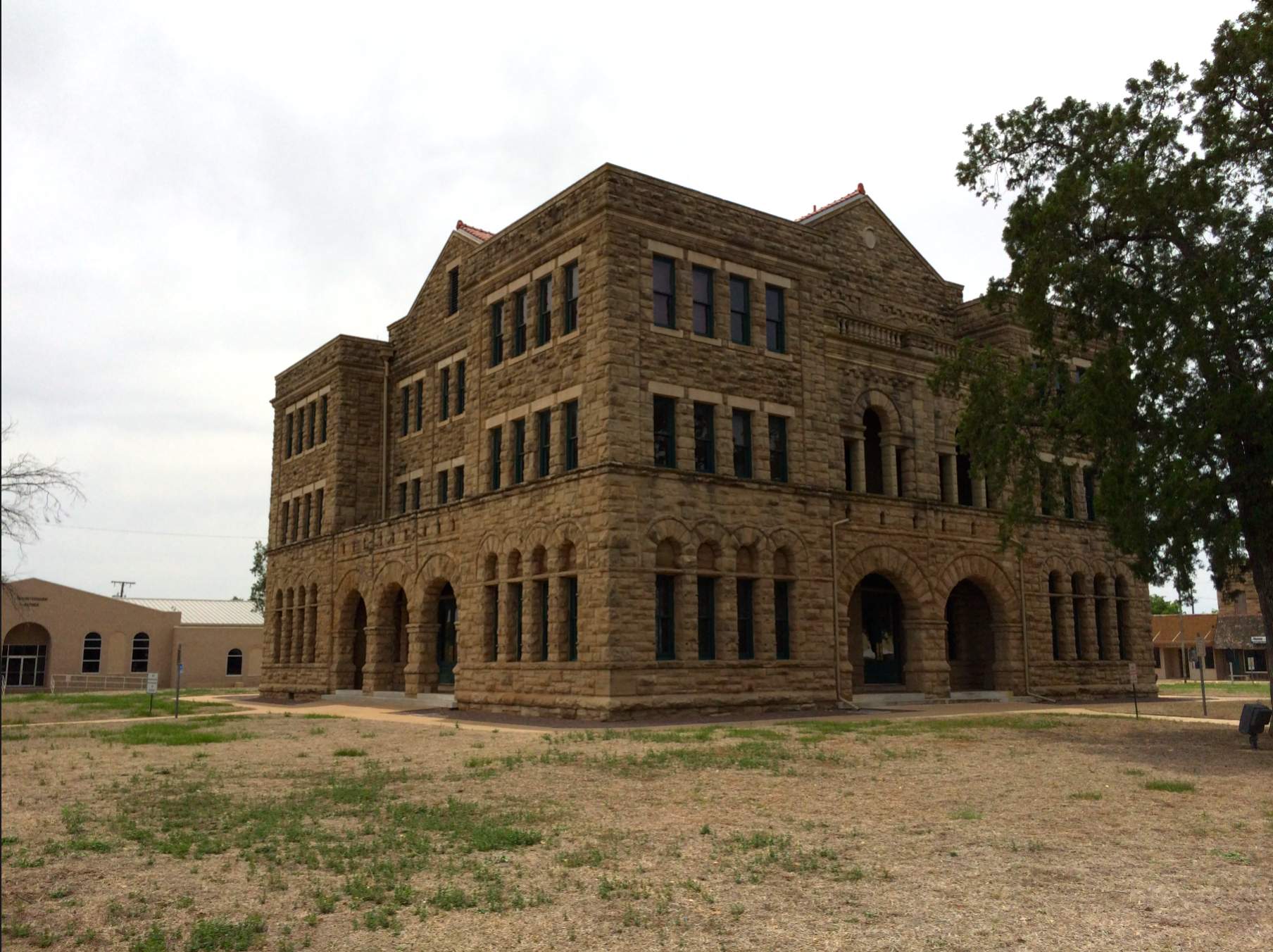 The northeast corner, home of the cornerstone 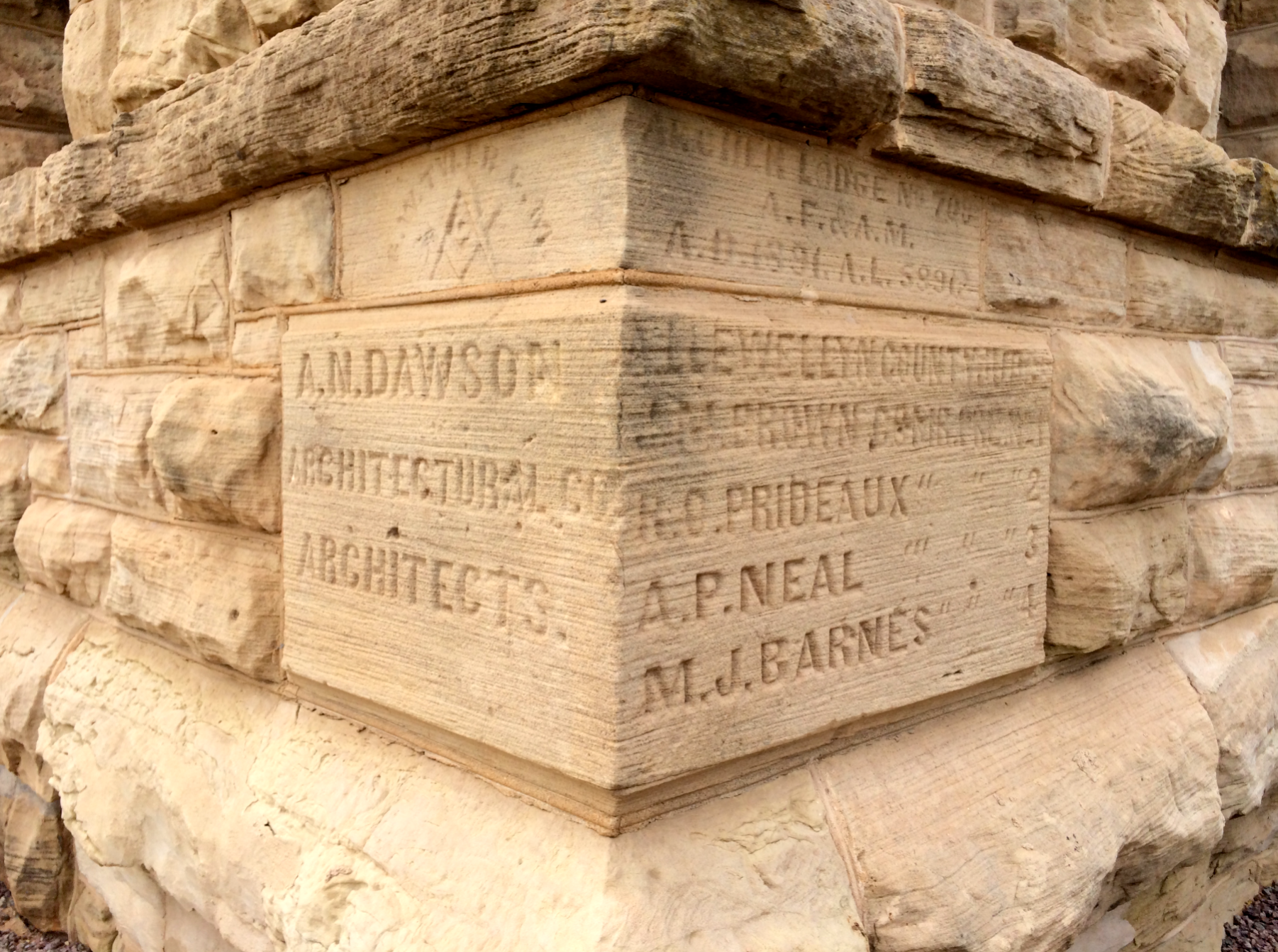 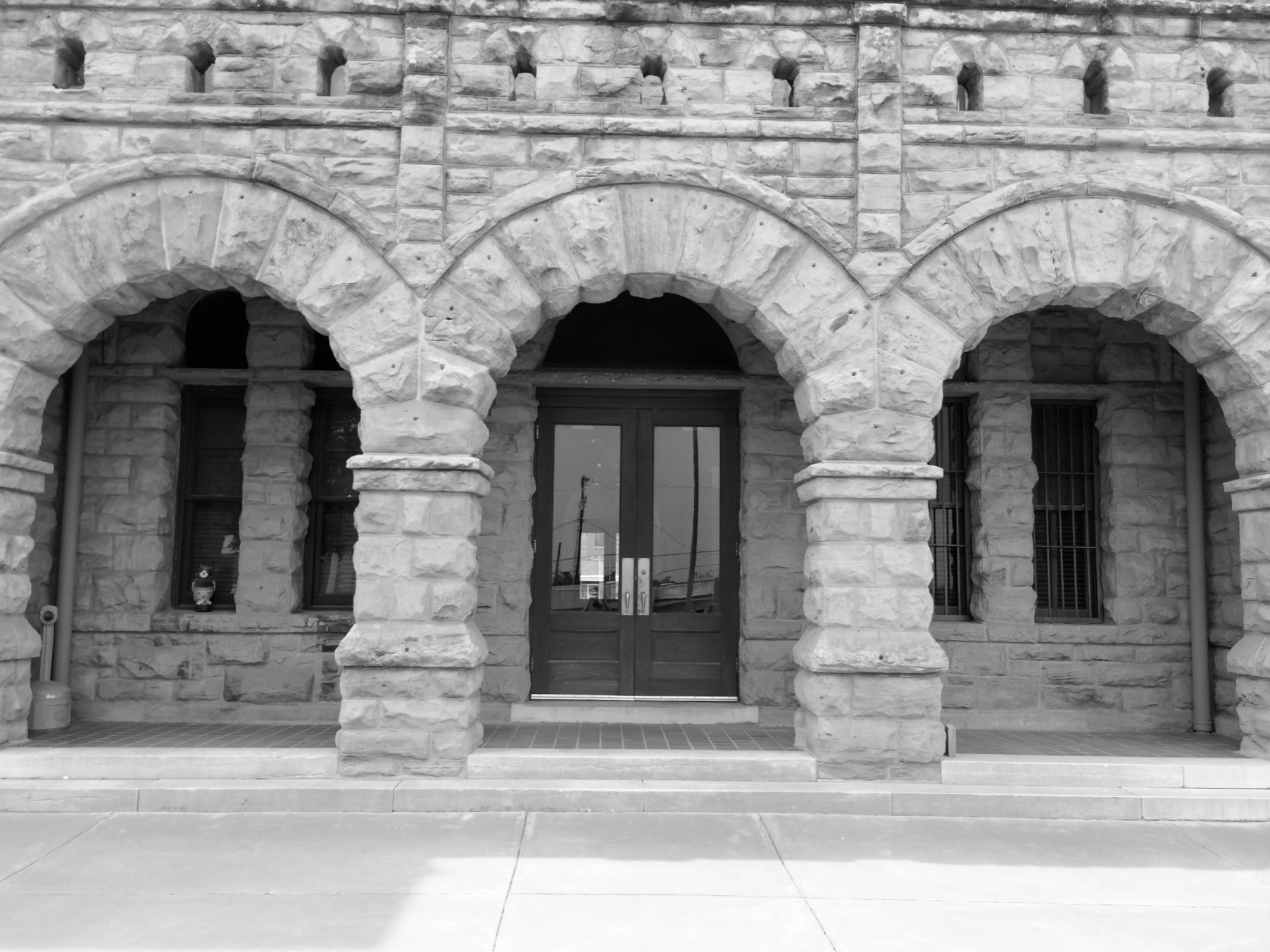 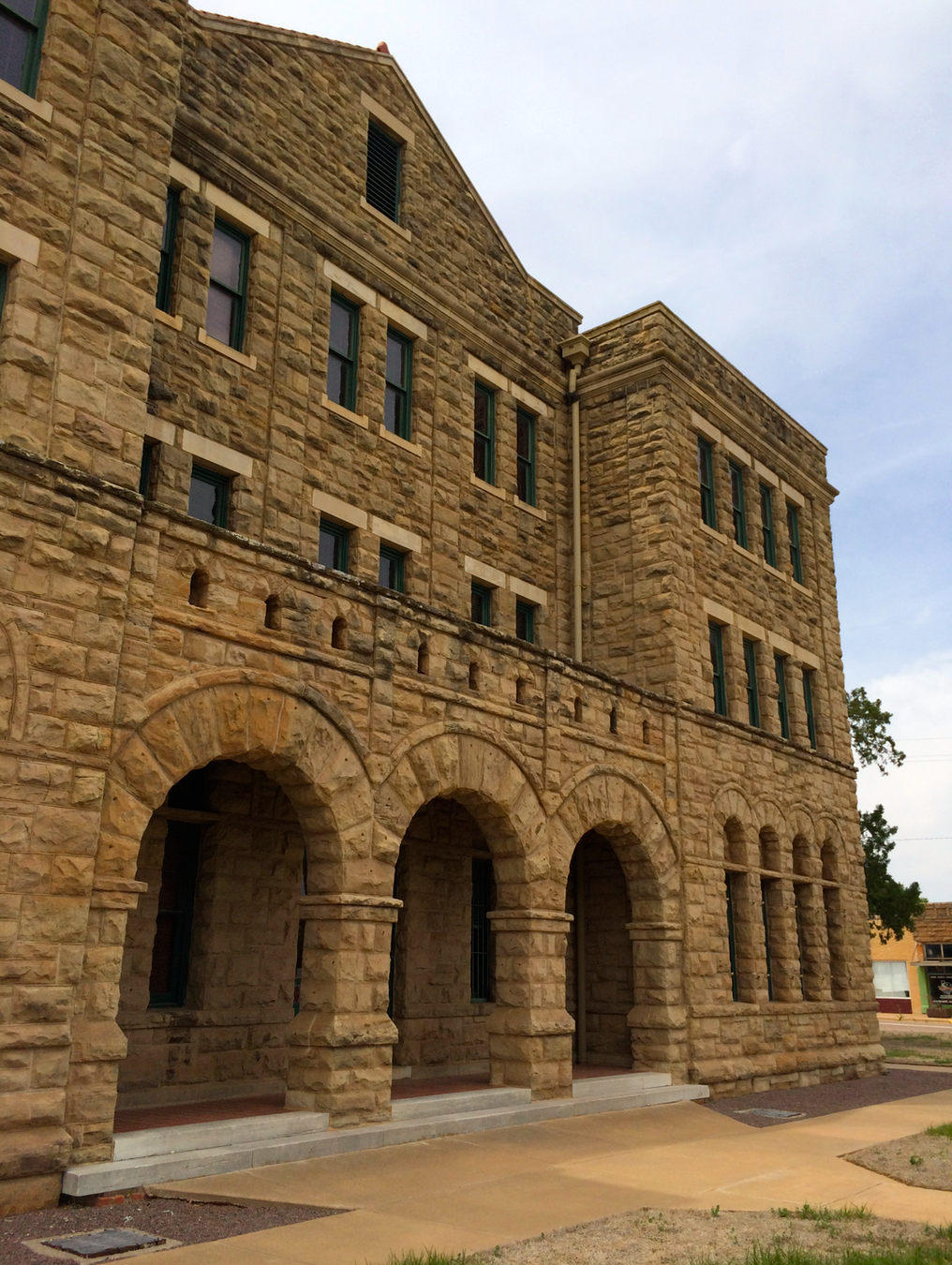 City Hall is across Sycamore Street from the eastern façade. 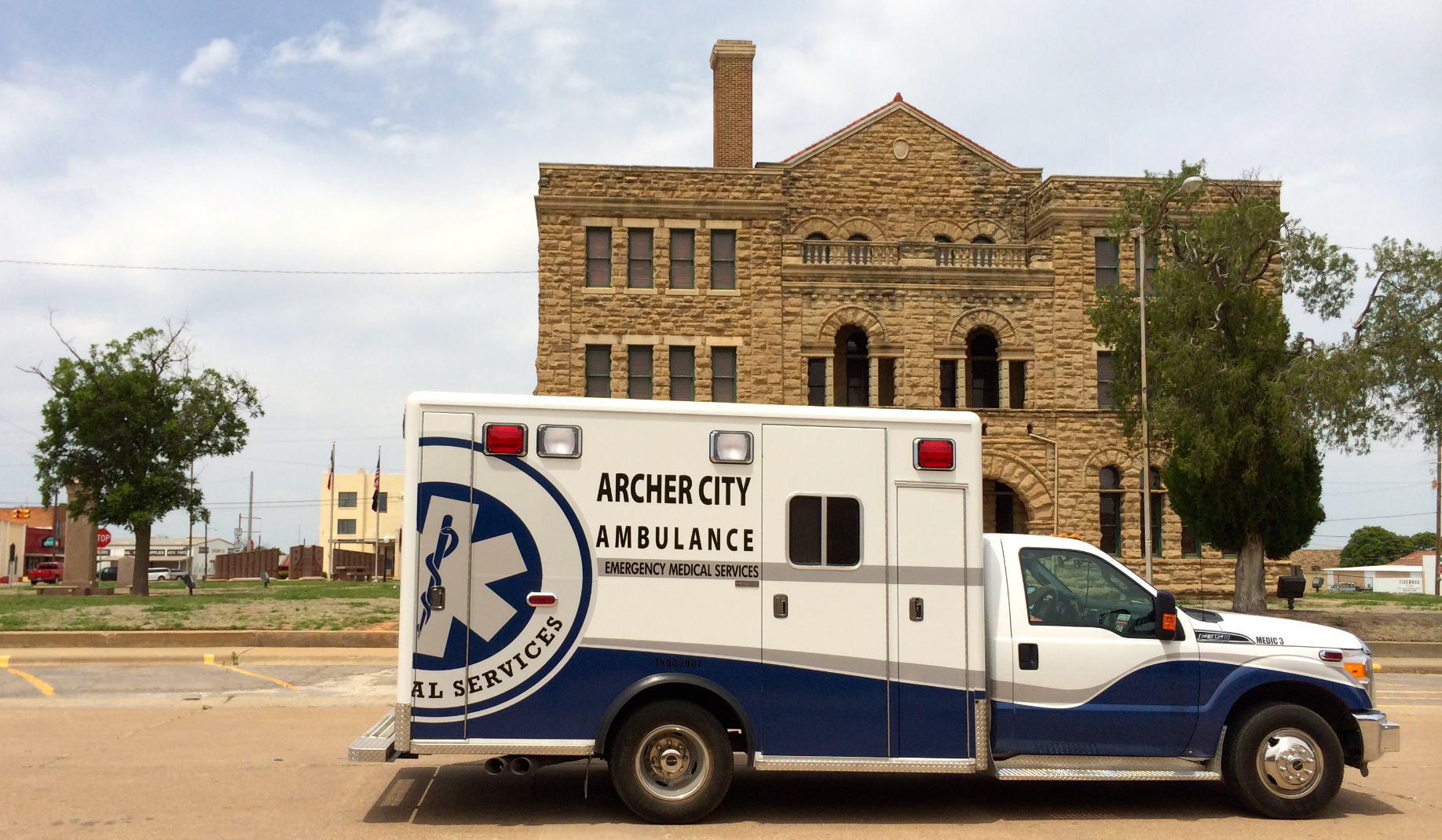 The sirens were not on as the ambulance drove by the southern façade.

The courthouse annex is across Walnut Street from the southern façade.

A simple building, yet vaguely similar to the courthouse 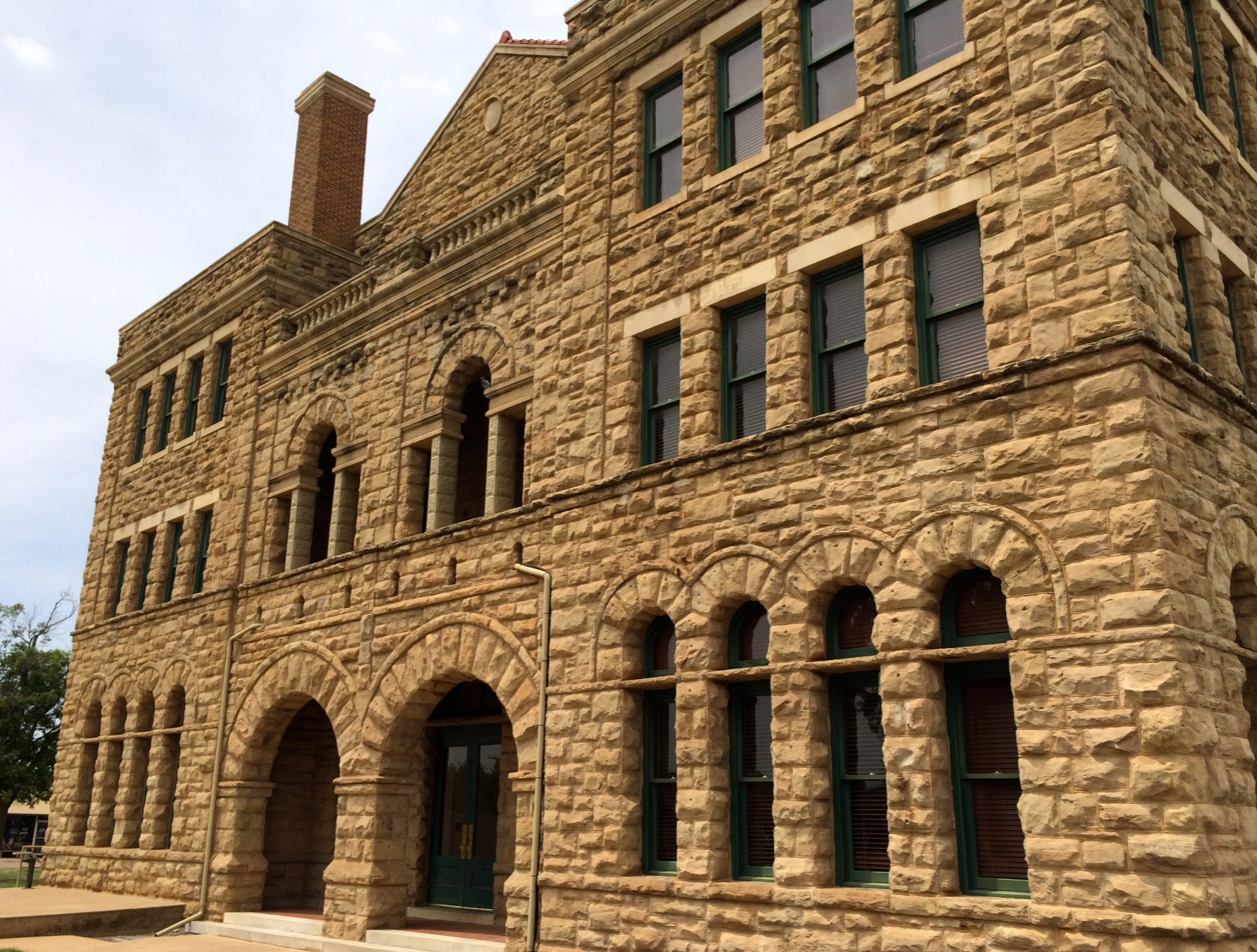 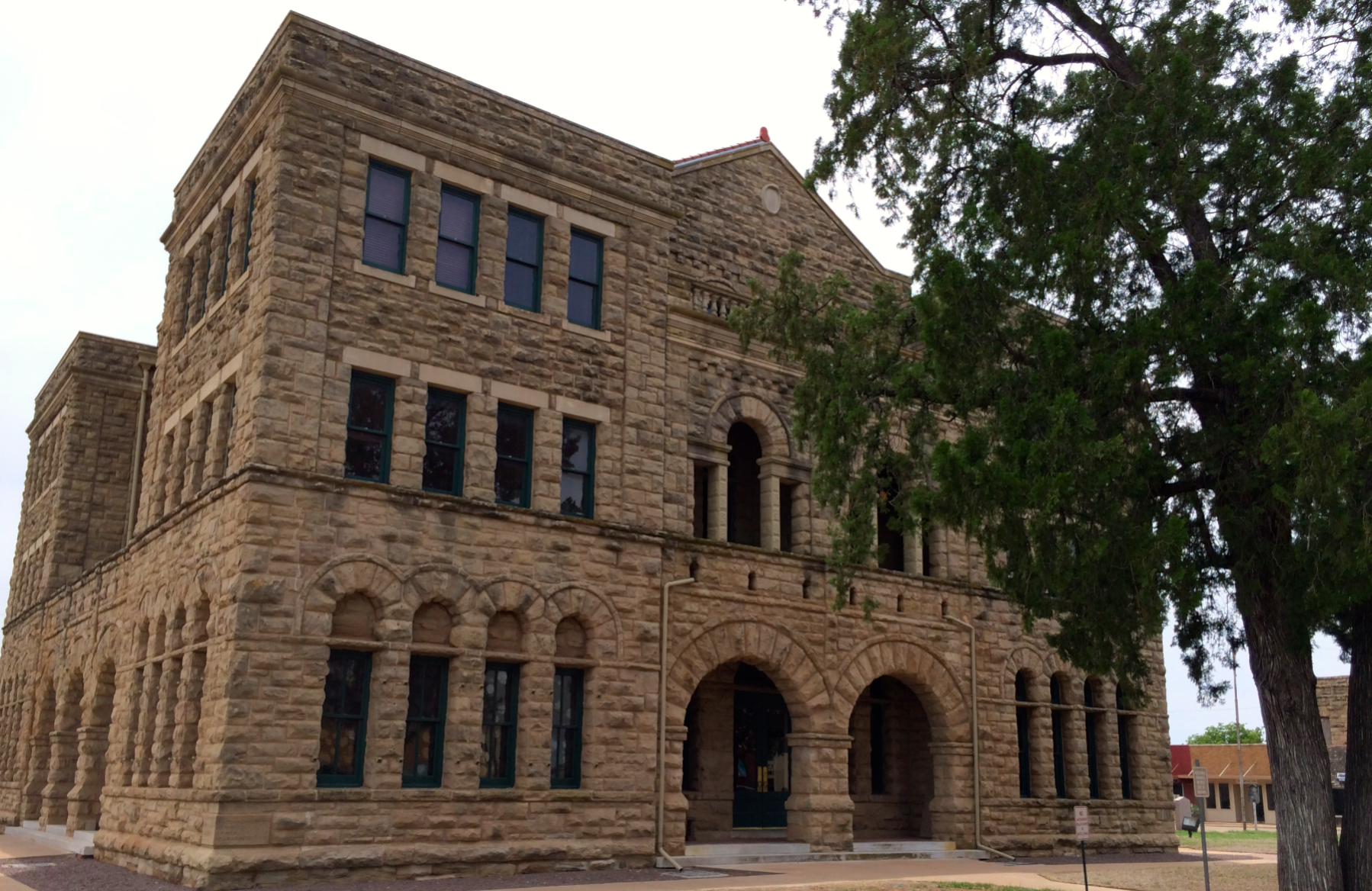 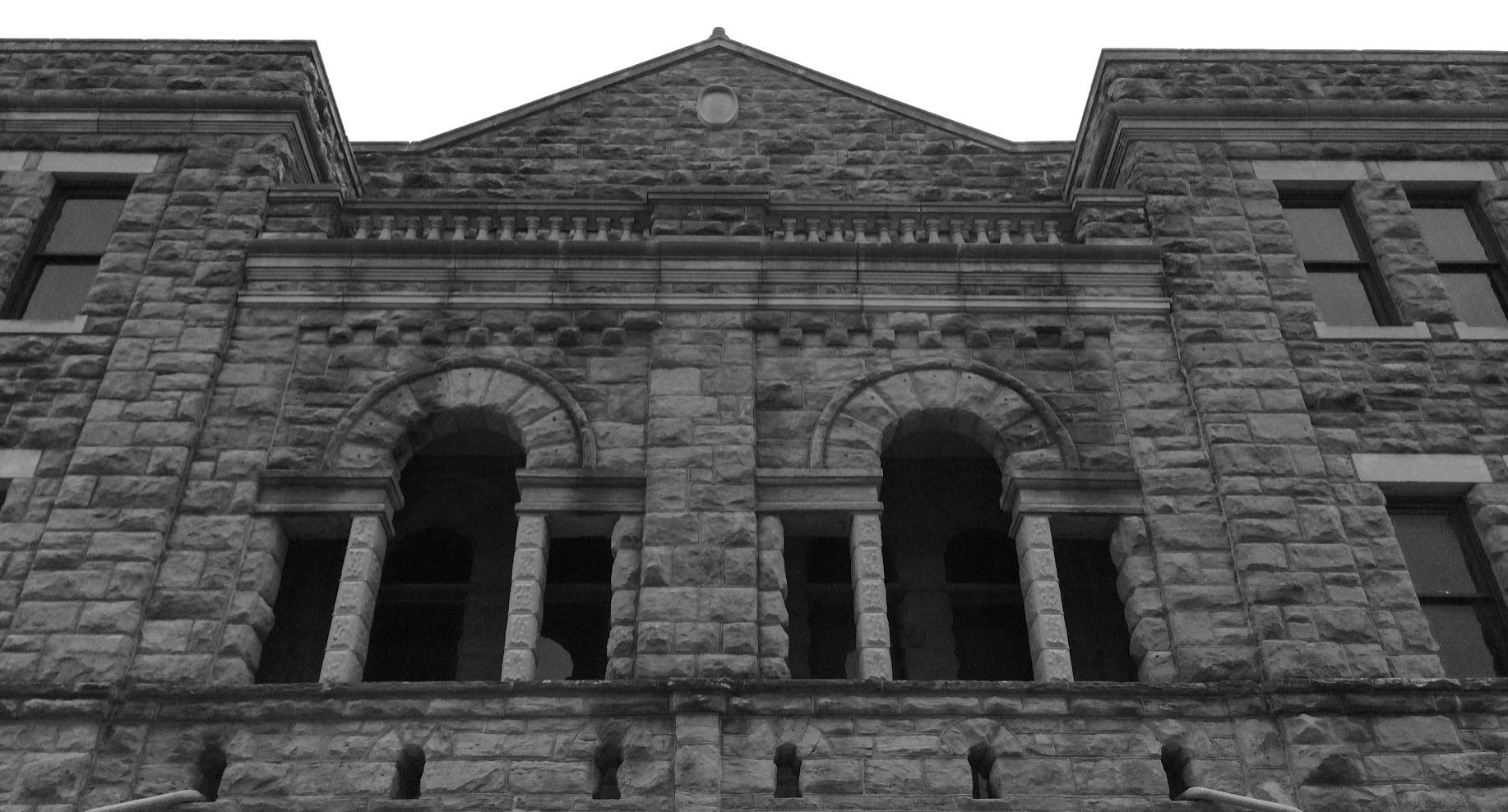 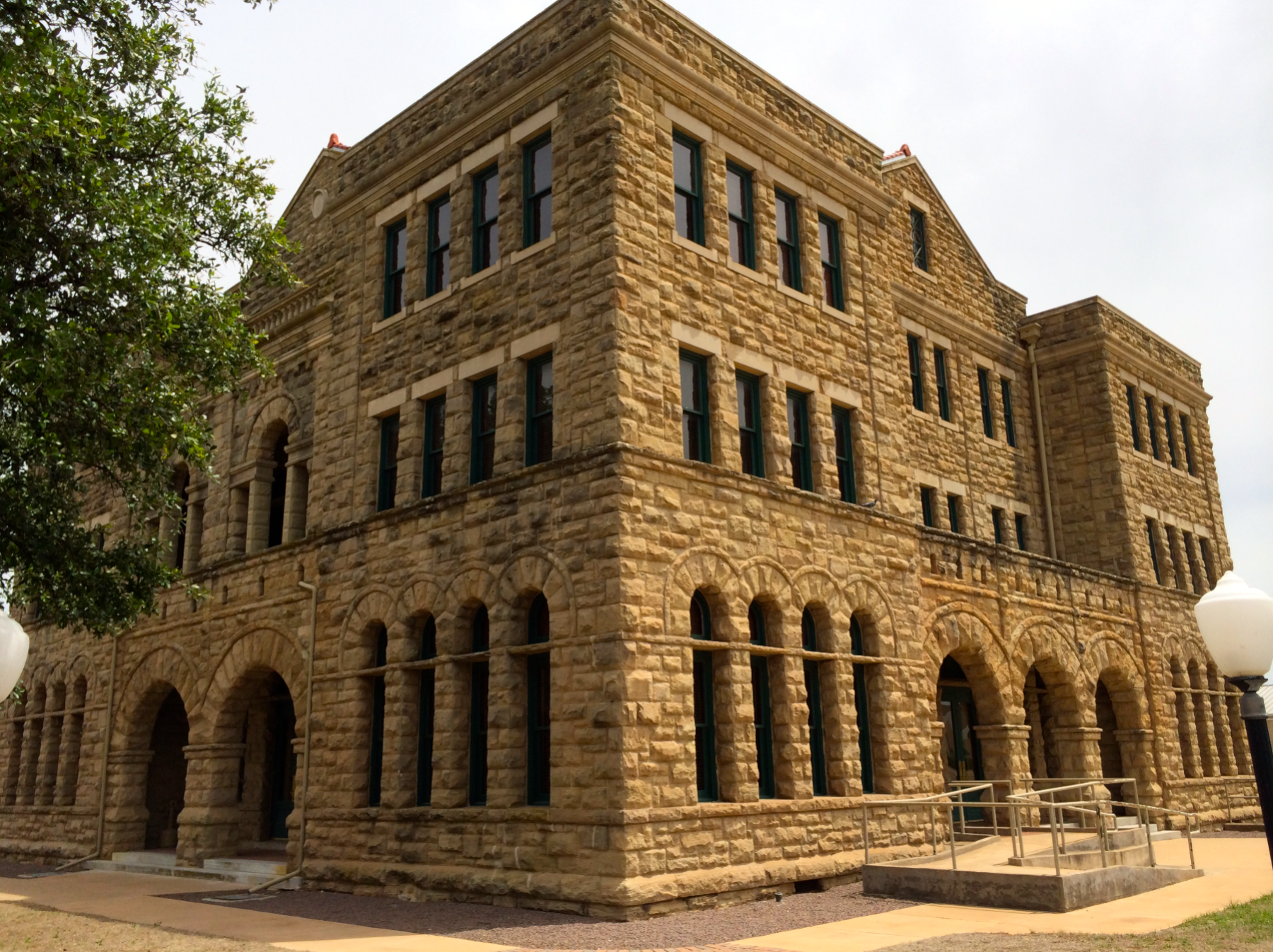 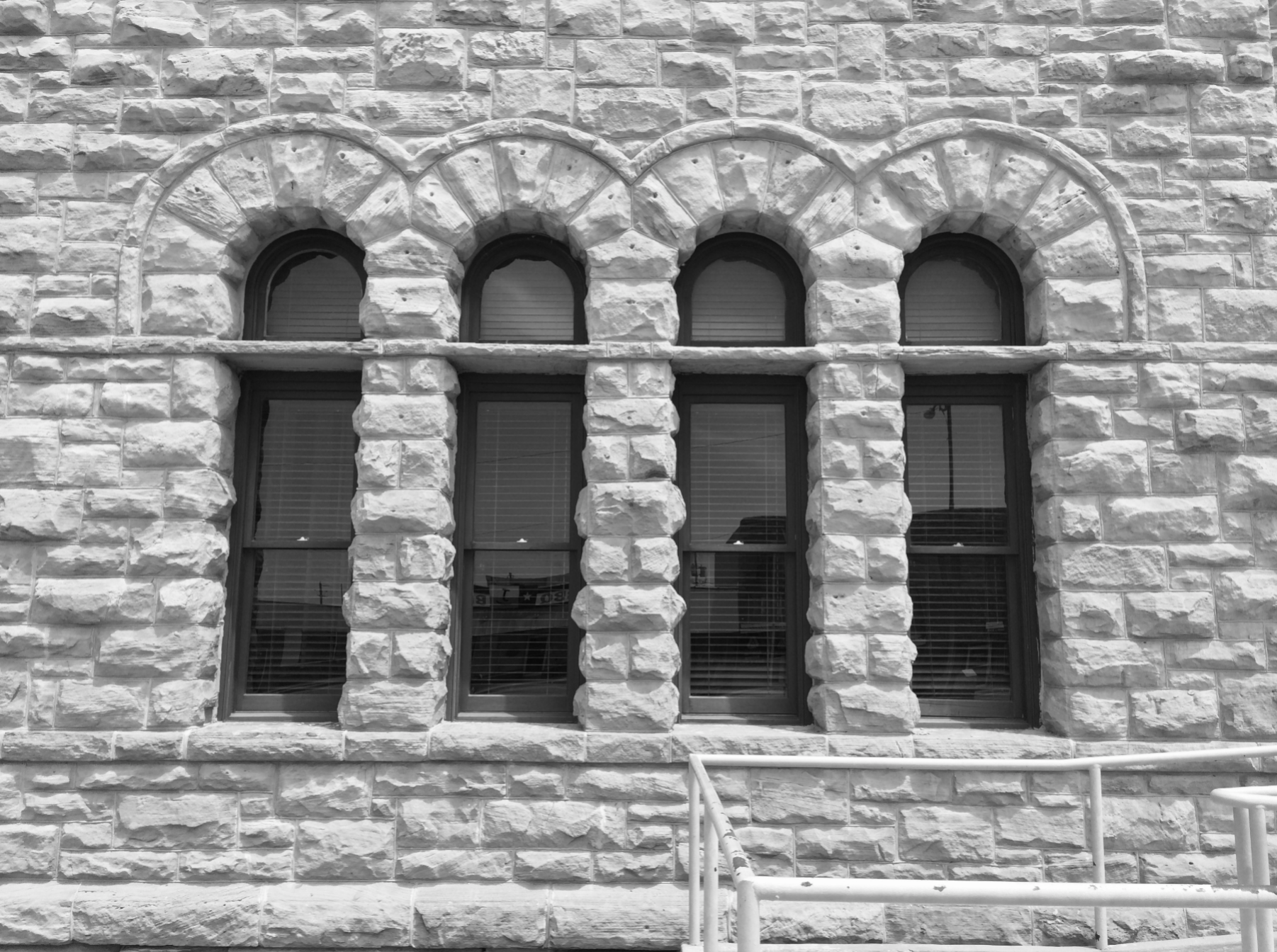 View of buildings along Center Street, as seen from the western entrance. 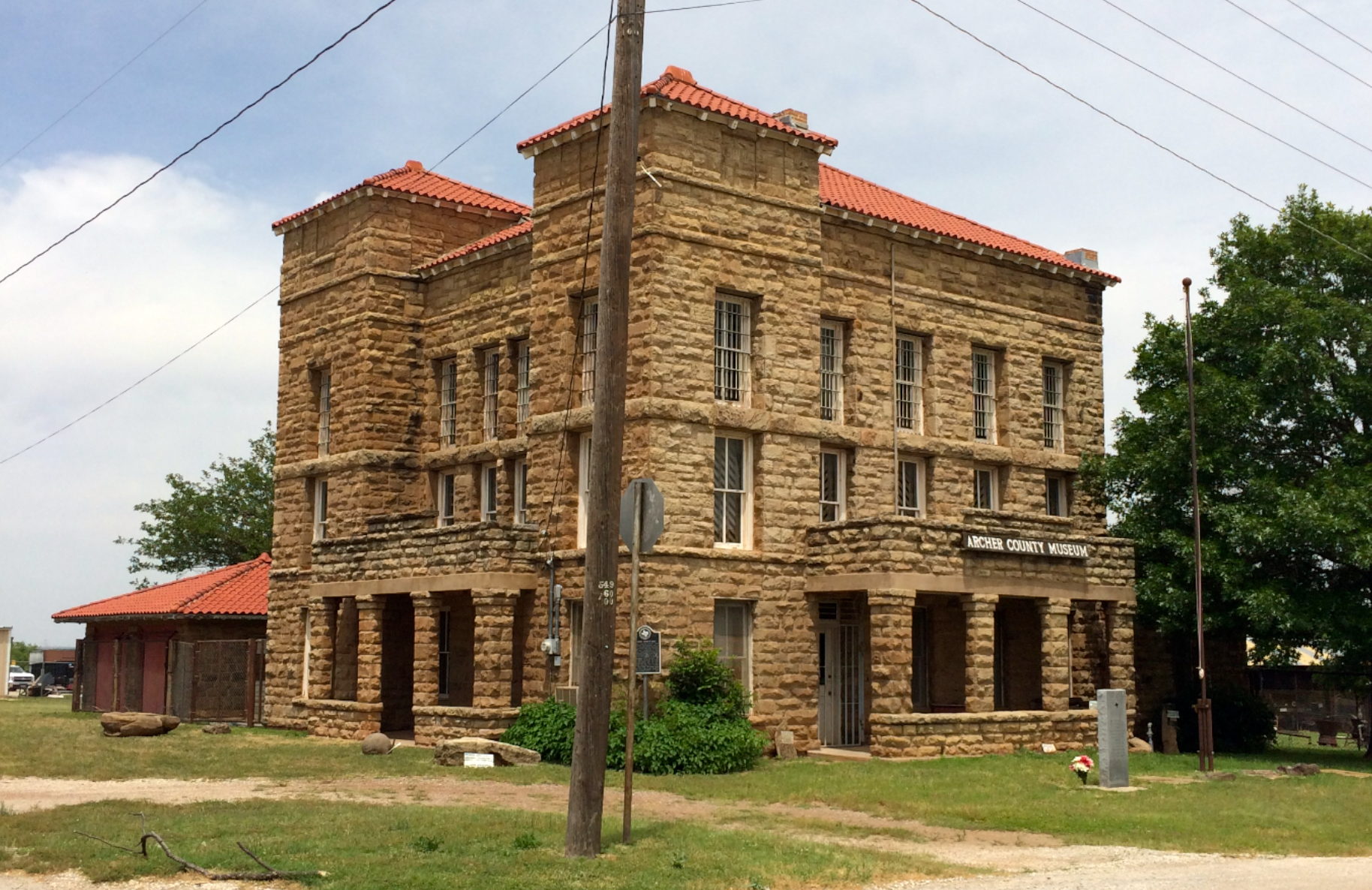 The historic Archer County jail, now a museum, is located at the corner of Sycamore and Pecan Streets, one block north of the courthouse. 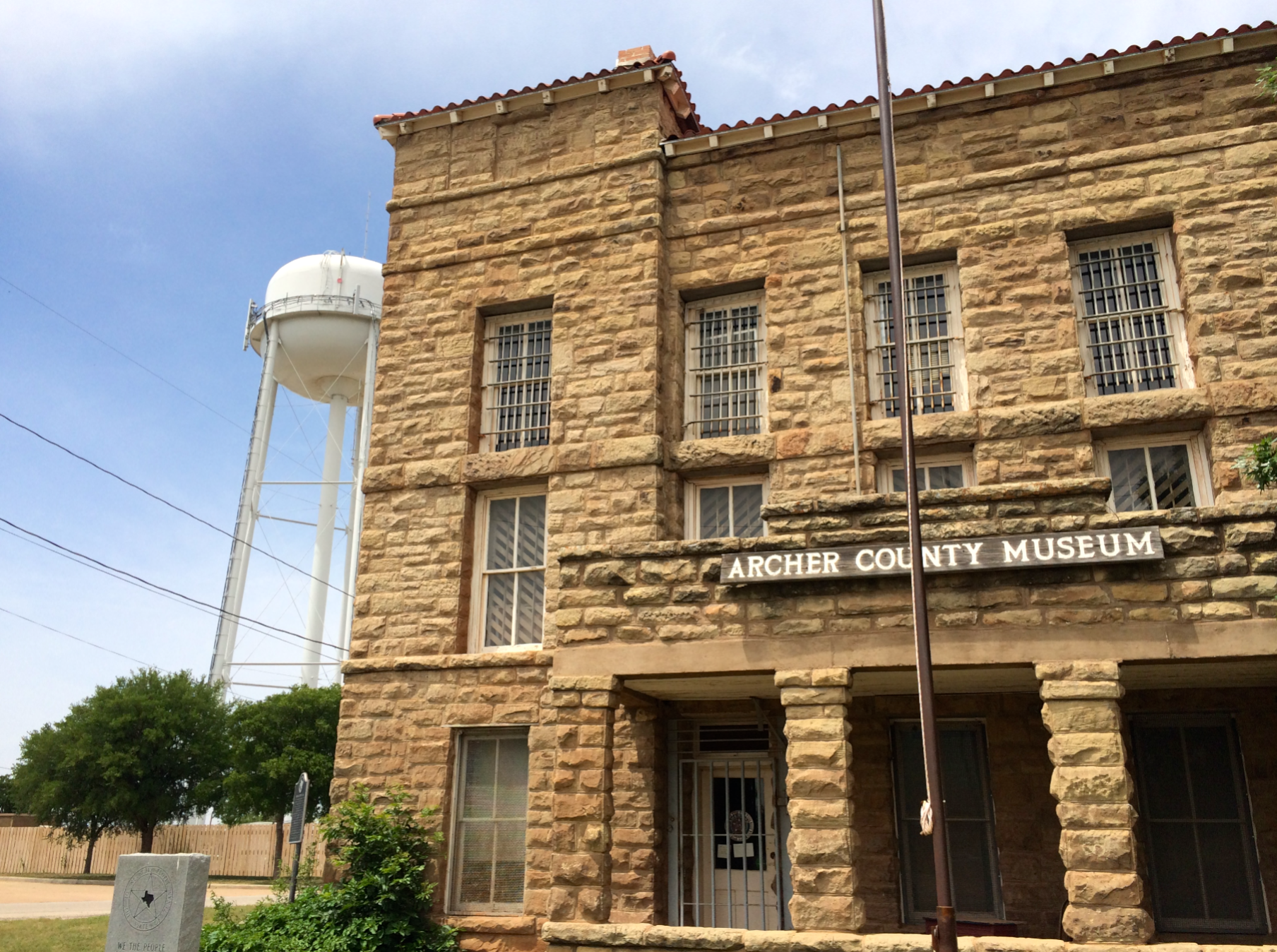 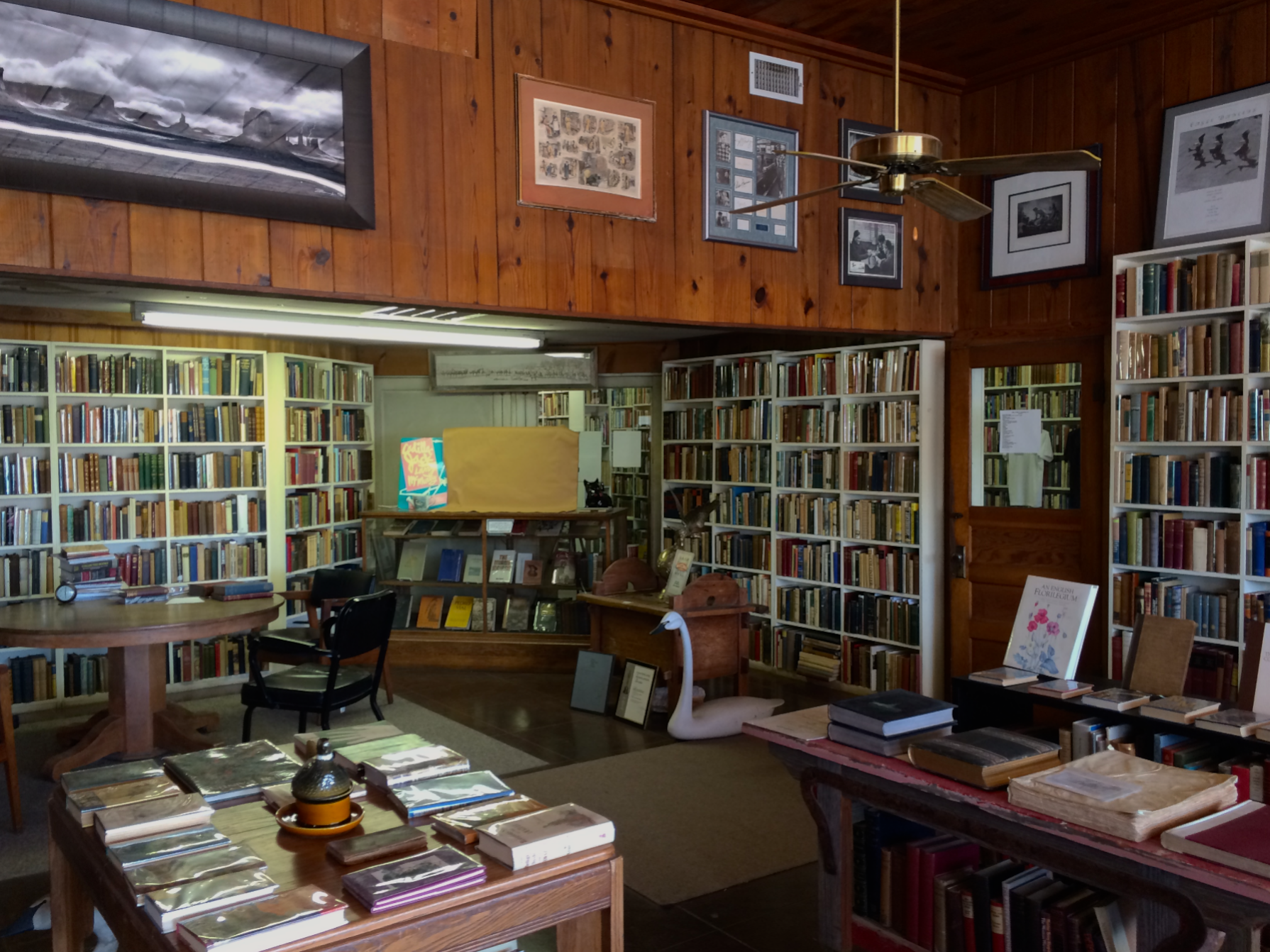 Archer City is the home of famed author, Larry McMutry. In town, he owns a bookstore with a massive collection called “Booked Up.”

I had to stop and see it for myself.