“Before it was settled, the area that is now Baylor County lay within the range of the Wanderers, a nomadic Comanche band, who relied upon buffalo for food, clothing, shelter, tools, and ornaments. In 1848 special Indian agent Robert S. Neighbors found 250 Comanche, fifty Tonkawa, and ten Wichita lodges on Lewis Creek at the site of present-day Seymour. When the first surveys were made in the area in 1853 the Indians were still using it as a major hunting ground for buffalo, a fact that made settlement nearly impossible. This continued until the final defeat of the Comanches in 1874 by the United States Army and their removal to a reservation in Indian territory.”

“Baylor County was separated from Fannin County in 1858 and named for Henry W. Baylor, a surgeon in a regiment of Texas Rangers during the Mexican War. The county was attached to Jack County for administrative and judicial purposes. The first settlement was at Round Timber, nineteen miles southeast of the site of present Seymour. Tradition holds that the first settler was Col. C. C. Mills, who may have been at Round Timber during the Civil War and was certainly there by 1870. He was driven out by Indian raids, but returned by 1875 to join J. W. Stevens, who had arrived a year earlier.” 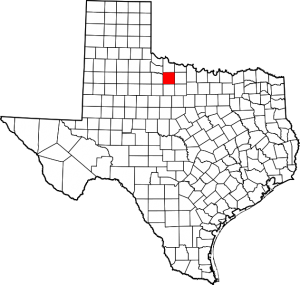 “Settlers from Oregon, led by Col. J. R. McClain, moved to the site of Seymour in 1876, for example, but were driven off when cowboys ran cattle over their corn. In 1879 the Millett brothers—Eugene C., Alonzo, and Hiram—came from Guadalupe County to begin ranching in Baylor County. They ran a tough outfit and used their armed cowhands to intimidate would-be settlers and the citizens of newly founded Seymour. Violence and contention plagued the county during the first years of settlement.”

“Baylor County was formally organized in 1879 with Seymour as county seat. That same year both Seymour and Round Timber were assigned the county’s first post offices. By 1880, fifty farms and ranches encompassing 13,506 acres had been established in the county, supporting a population of 708 people; more than 13,506 cattle were counted in the county that year.”

“In 1890 county residents raised $50,000 to insure the completion of the Wichita Valley Railway, which linked Seymour to Wichita Falls, fifty-two miles to the east. By 1892, the Texas Gazetteer reported that Seymour was a thriving town, with two newspapers (the Monitor and the News), the First National Bank, two physicians, and a dentist. The town also had three hotels and was home to a number of lawyers, storekeepers, shoemakers, saddlers, and county officials who served its population of 1,900.”

“Between 1900 and 1910 Baylor County had another boom as old ranchland was divided up into hundreds of new farms. By 1910 there were 1,040 farms in the county (616 of them operated by tenants), and cotton had replaced wheat as the most important crop. Only seventy-seven acres of Baylor County land was planted in cotton in 1880, and only 3,065 in 1900. But by 1910, cotton cultivation had expanded to more than 38,000 acres in the county. During that same period, land devoted to wheat production had dropped from about 9,500 acres to 2,621 acres.”

The original Italianate structure that once stood in downtown Seymour was designed by James Flanders and constructed by Ferrier Brothers & Wirz. In 1912, the courthouse underwent a renovation that included the addition of a dome in place of Flanders’ tower.

The courthouse, as it appeared with its dome, circa 1939. 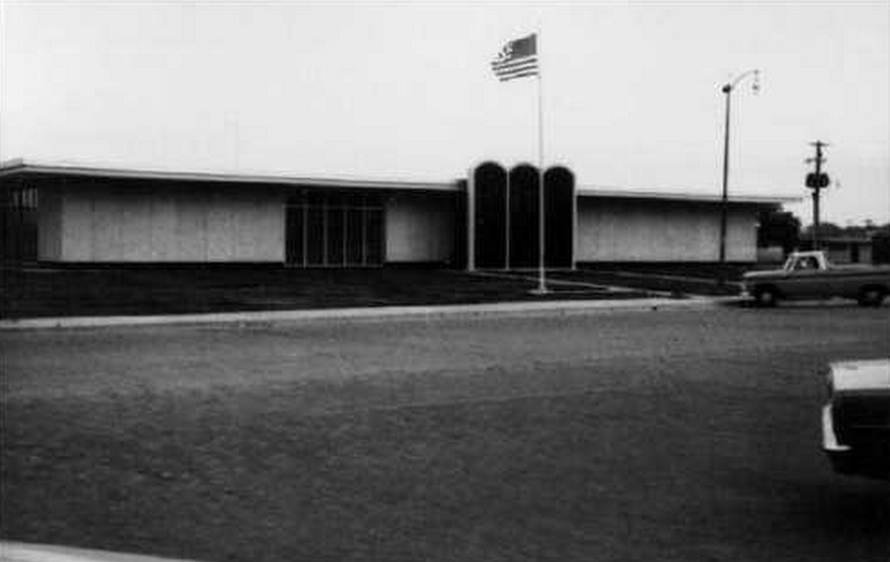 This single-story, concrete, modern building replaced the domed courthouse in the sixties. It was designed by the firm Pierce, Norris, & Pace and cost the county $350,000.

The courthouse as it appears from the north on McLain Street

A small rock garden offers some appeal to the building 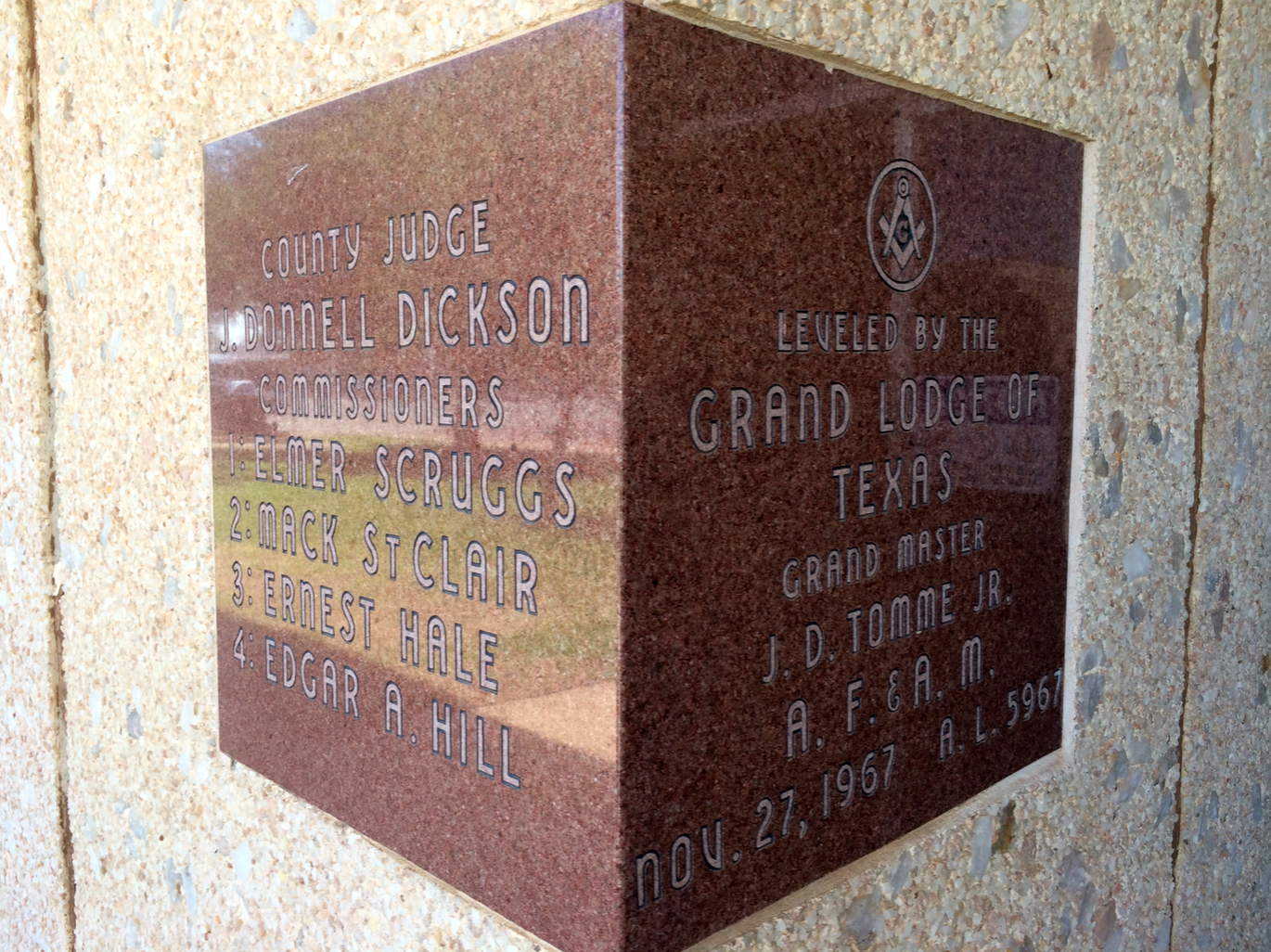 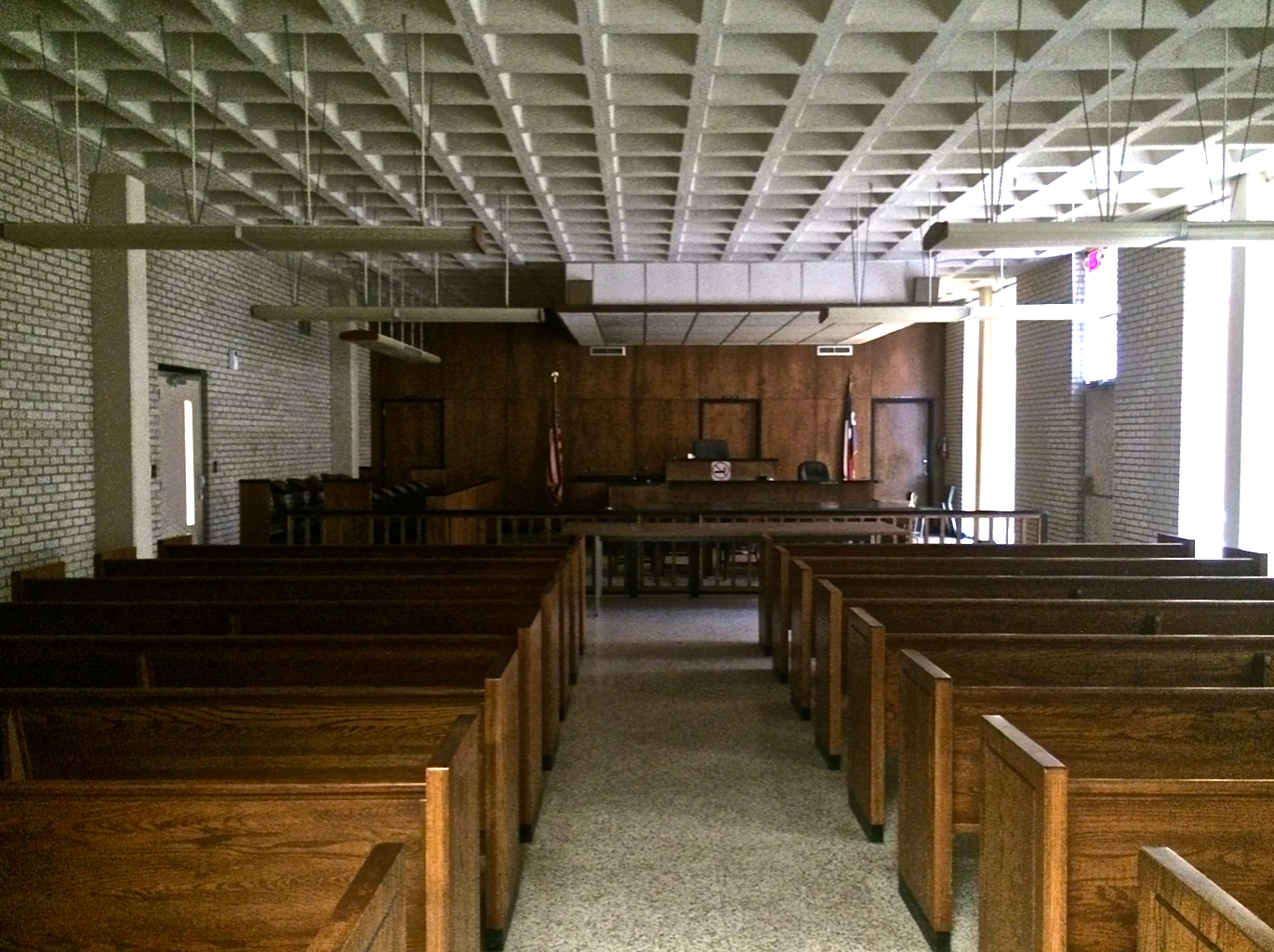 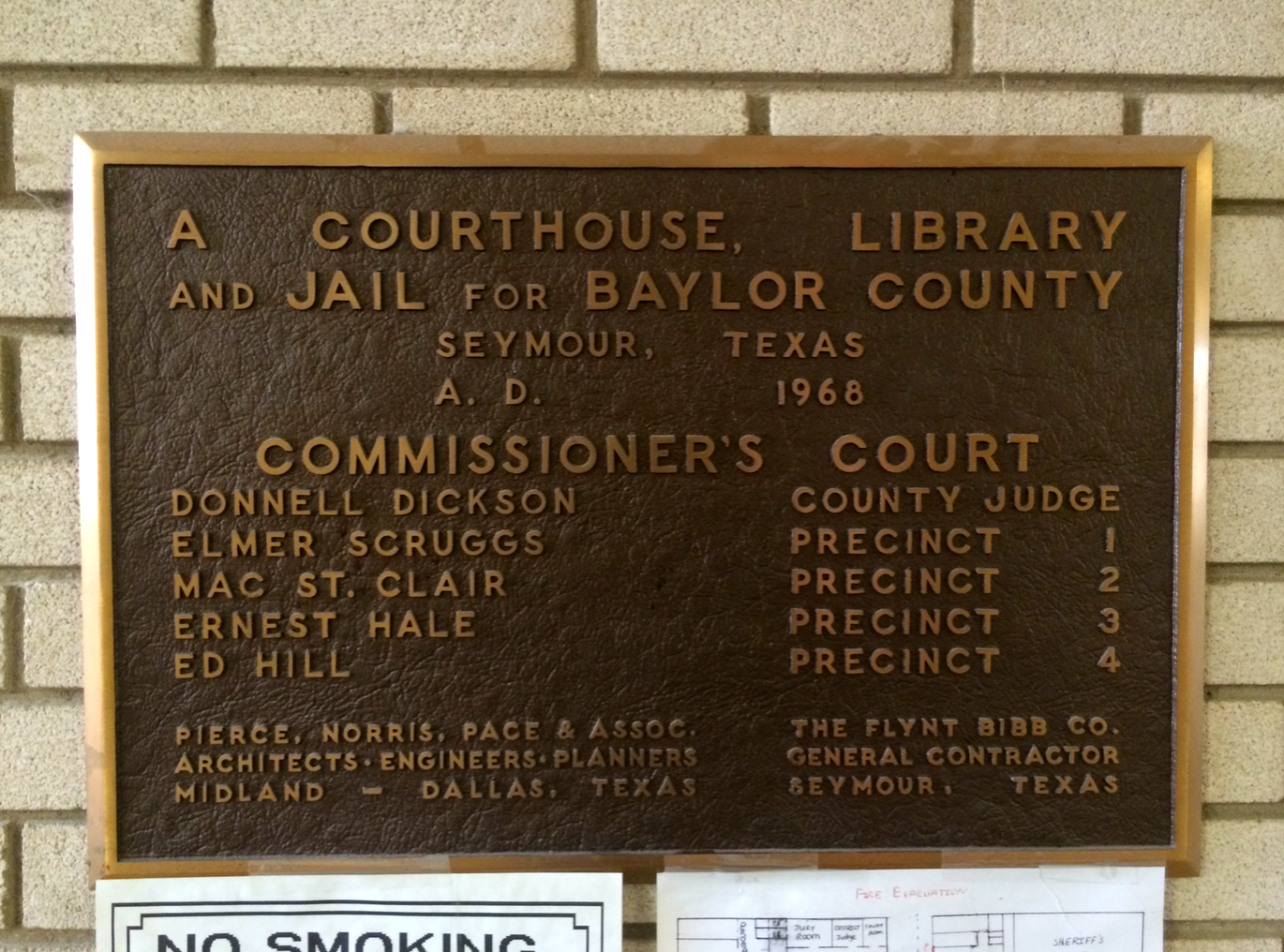 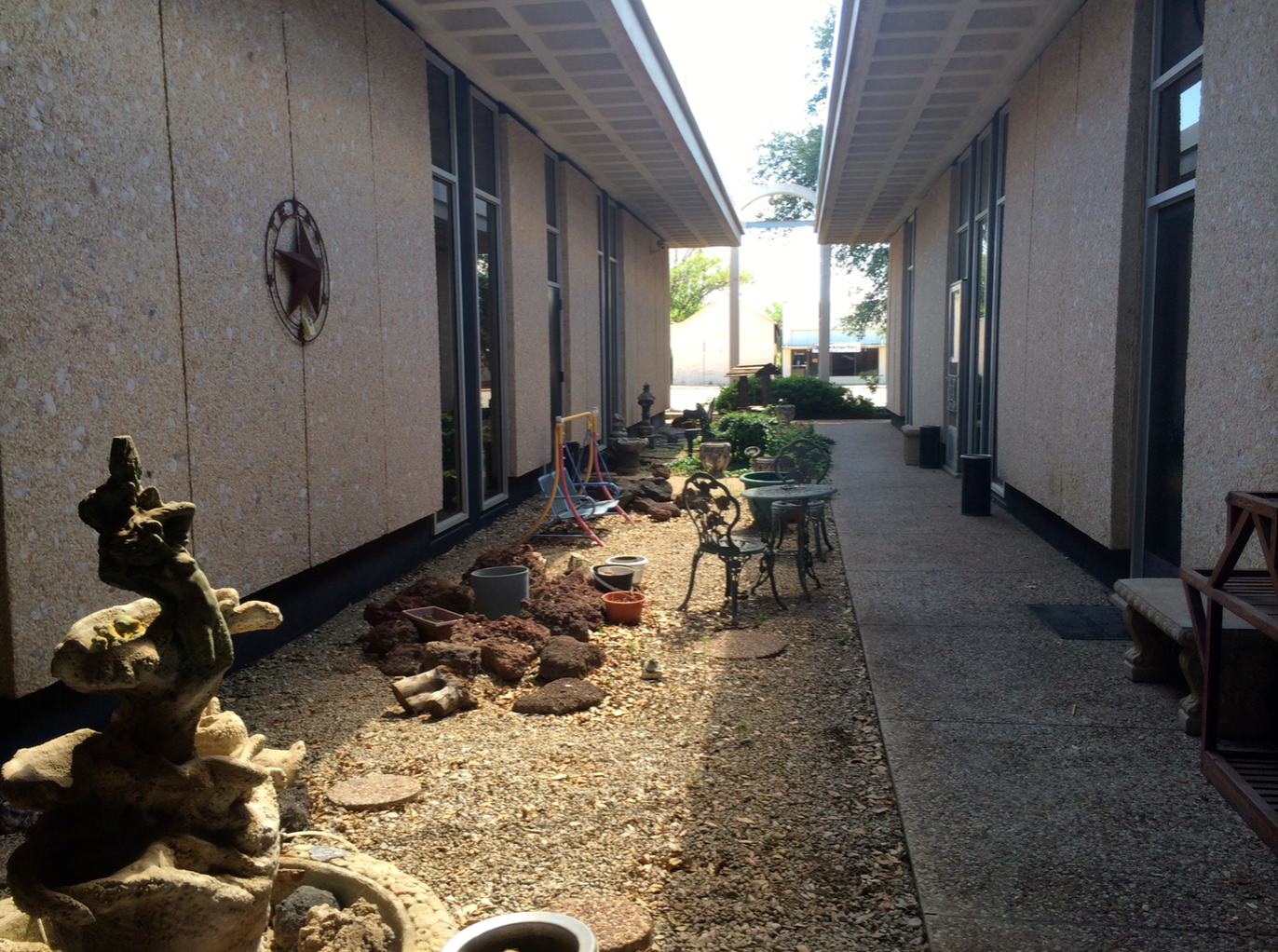 The design of the courthouse features a long recess between the building’s exterior and the eastern entrance. That space is filled with a walkway and a small garden.

A portion of the roof in this area is open to the sky. 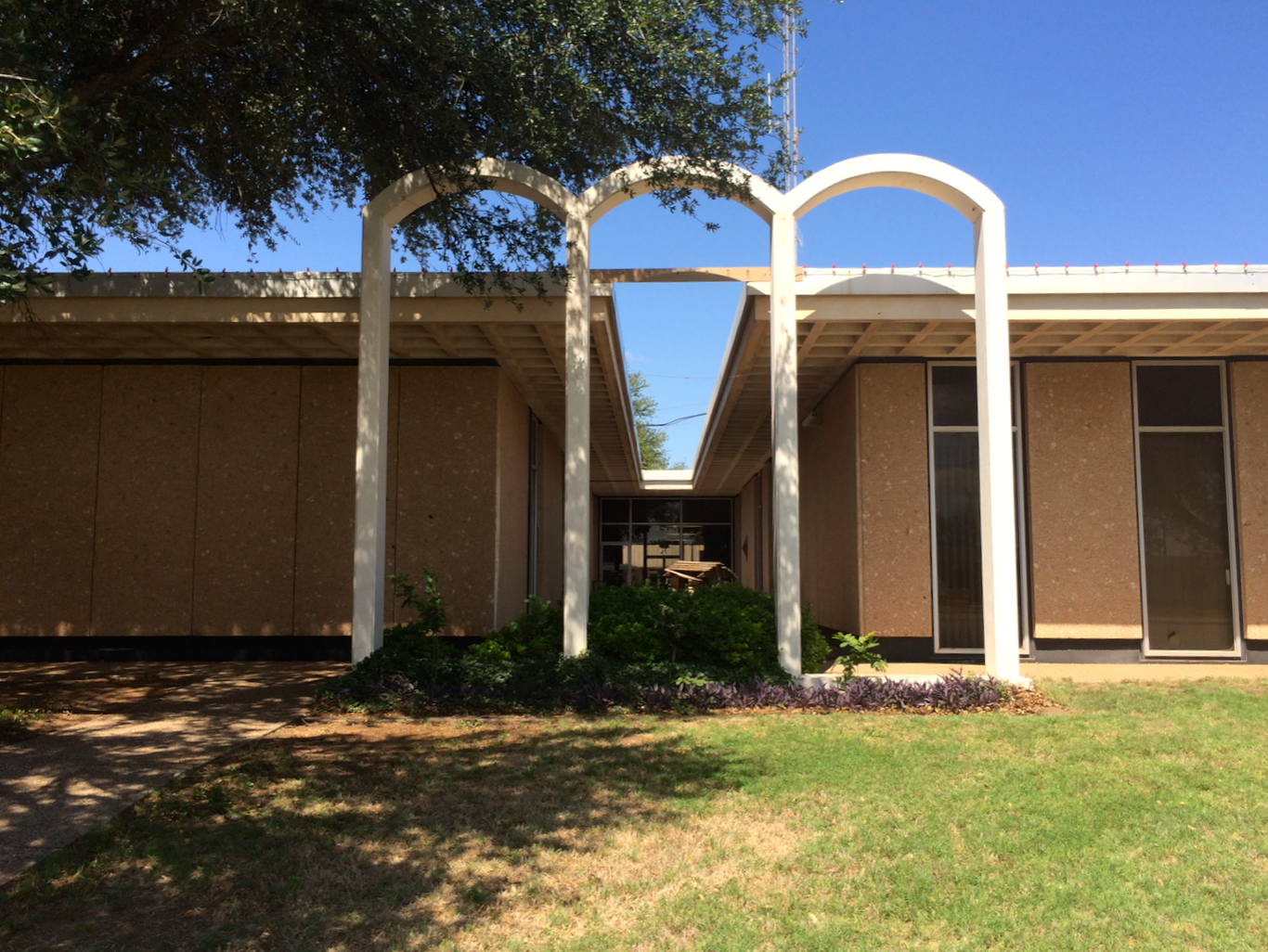 Looking down the garden from the eastern side of the building 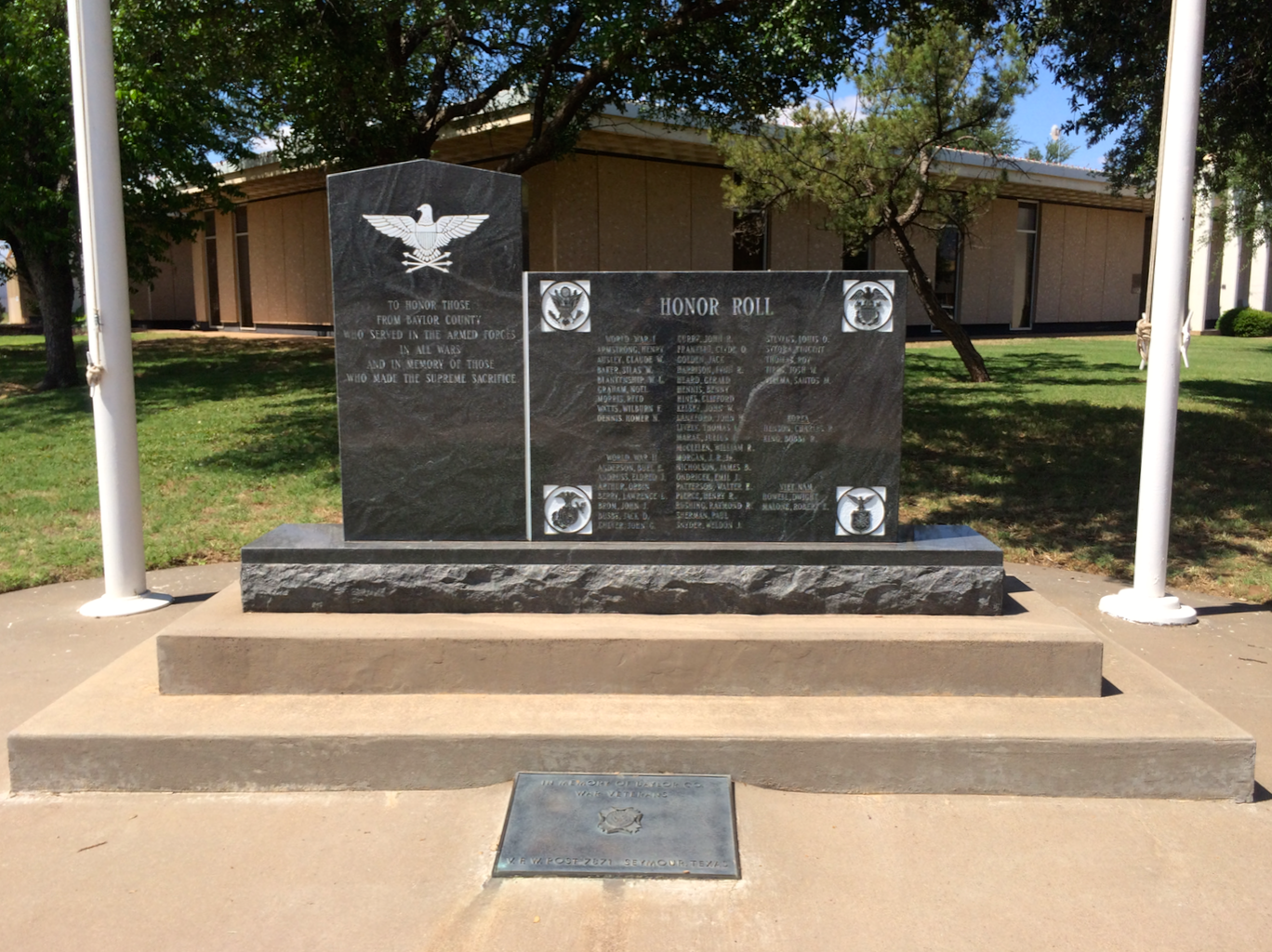 The veterans’ memorial is on the courthouse lawn’s northeast corner. 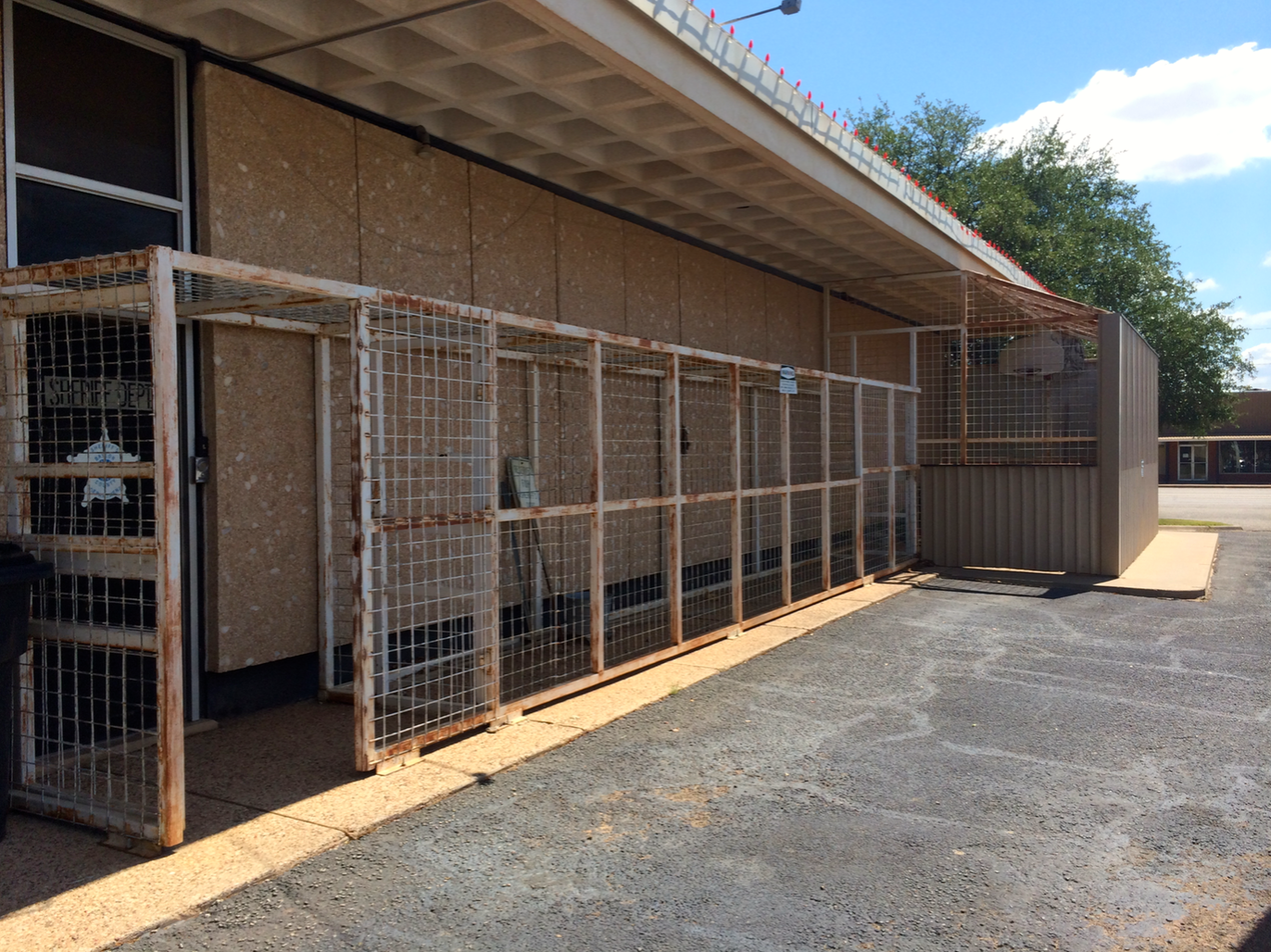 The entirety of the courthouse’s prisoner holding area 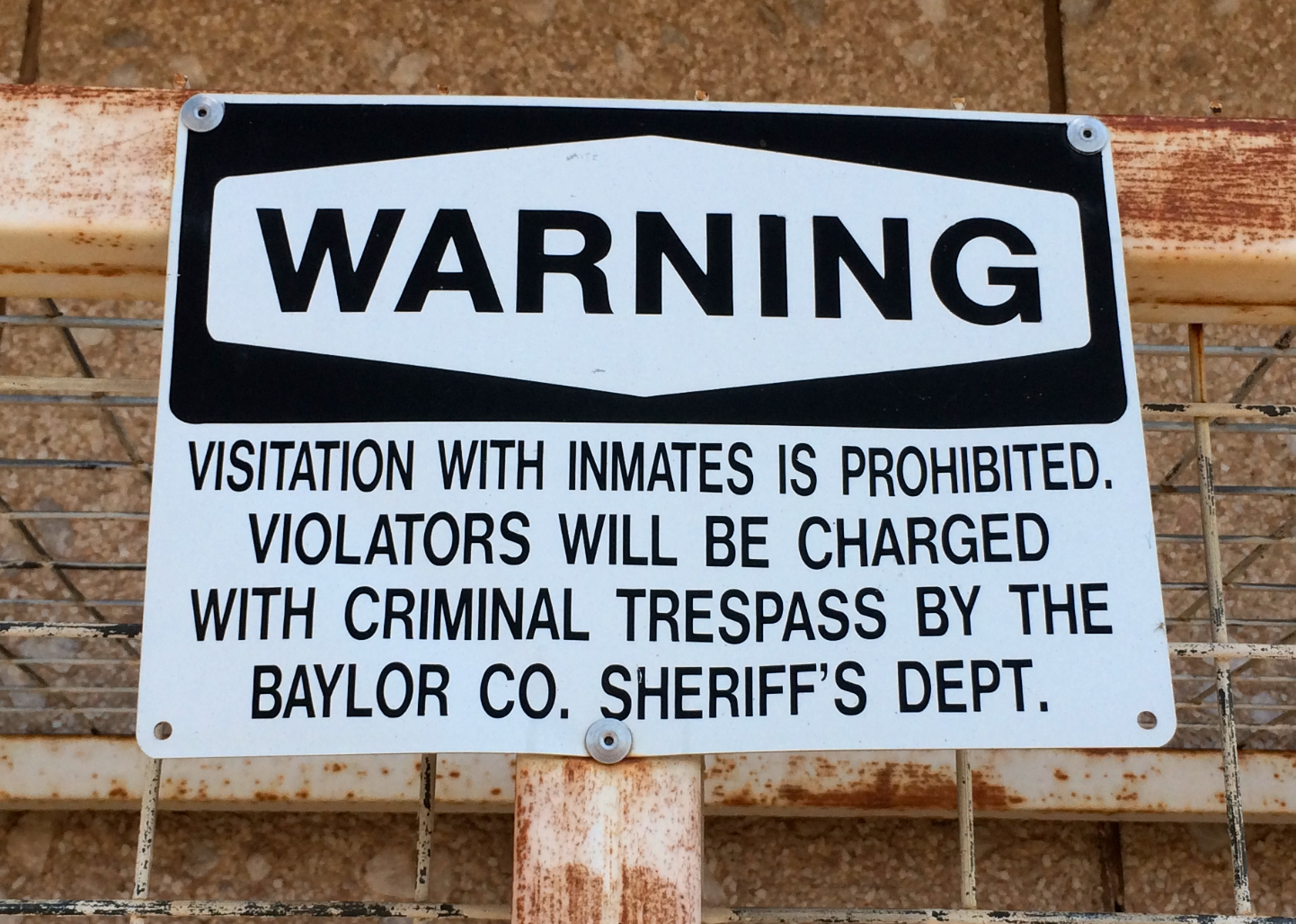 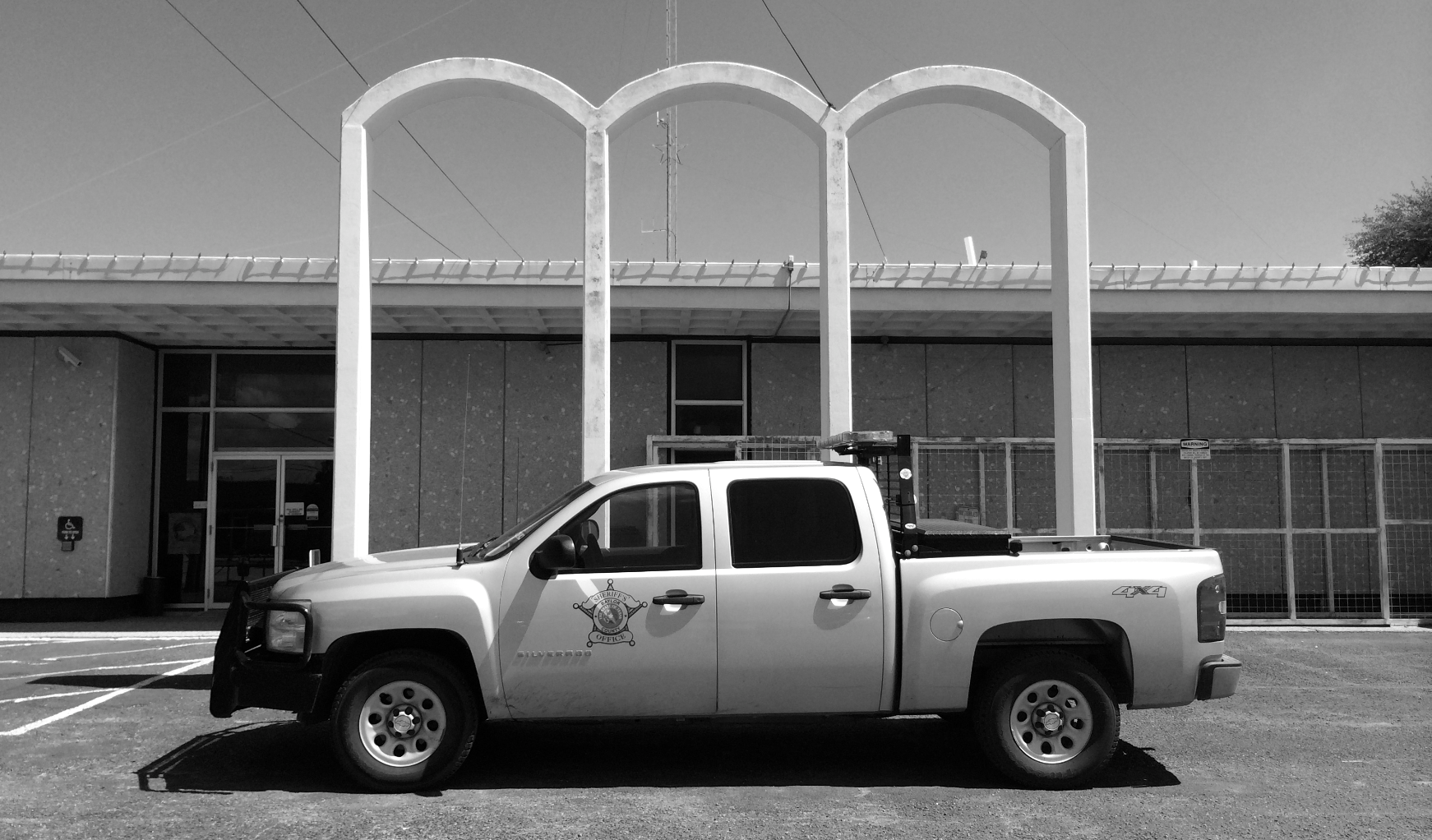 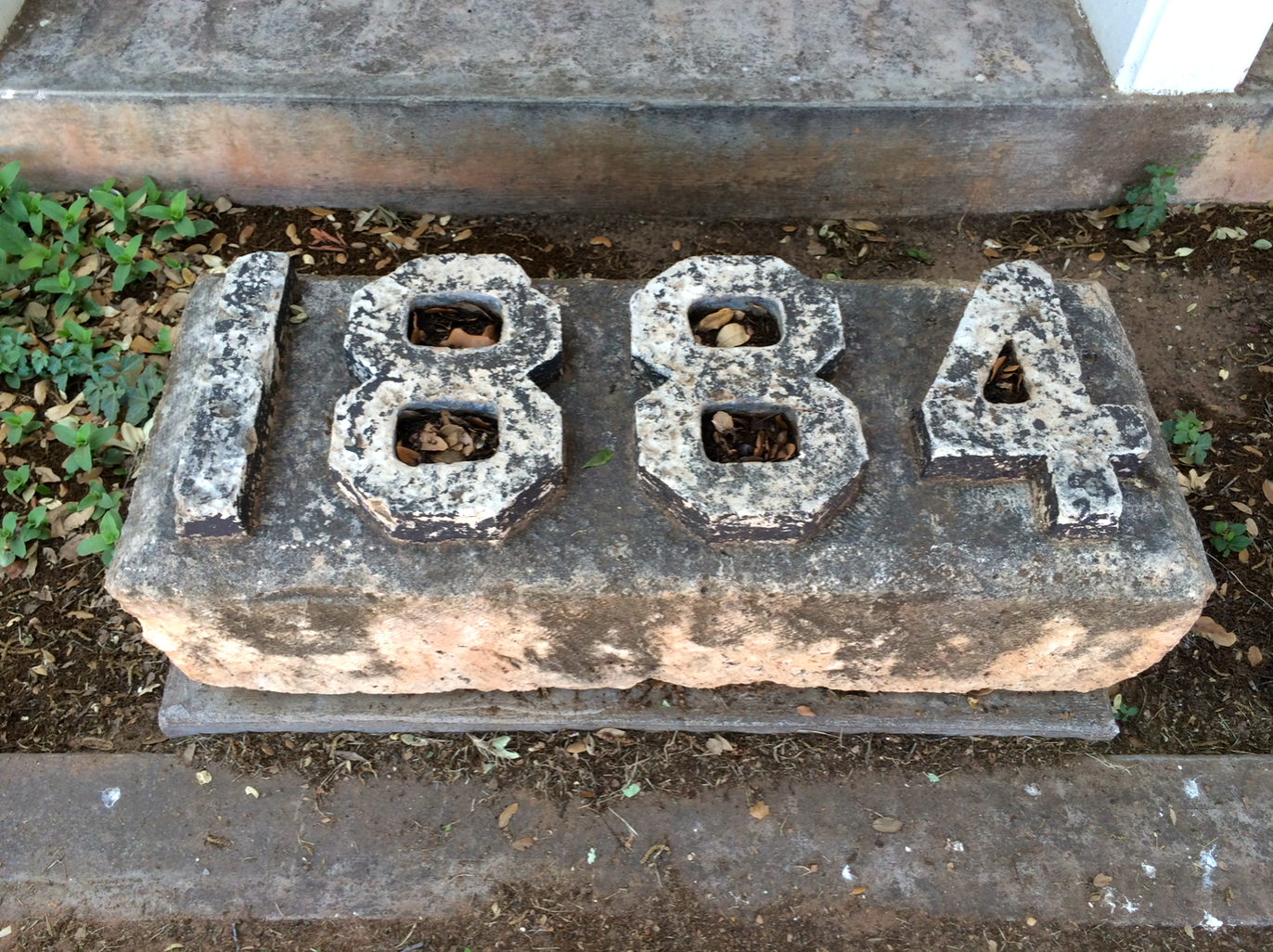 There are two piece of the 1884 courthouse on display at the courthouse, one on the western side… 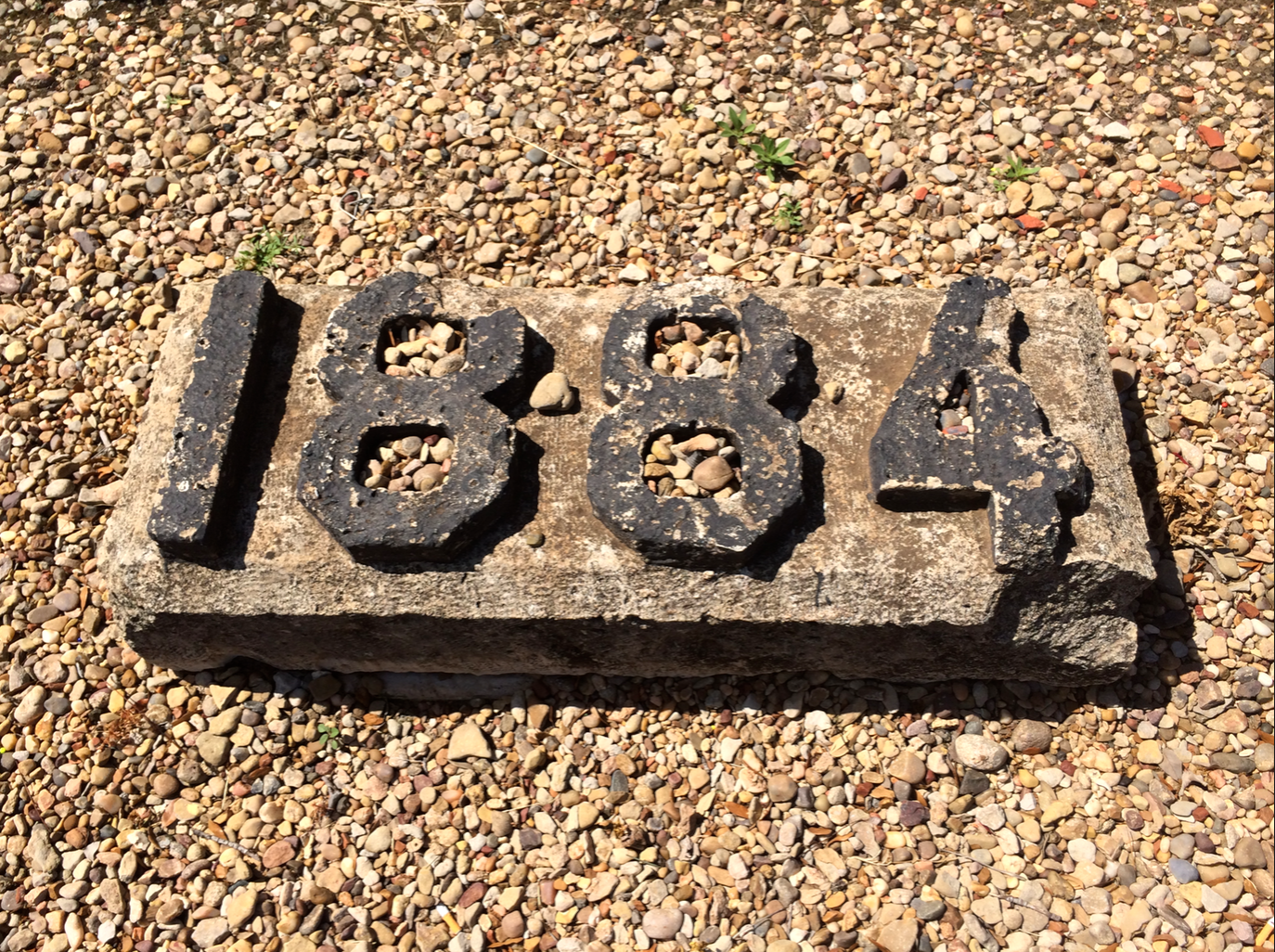 …and one on the northern side.

Also displayed at the courthouse (inside the county library) is a skeleton of “Seymouria Baylorensisa”, a dinosaur first discovered in Baylor County. 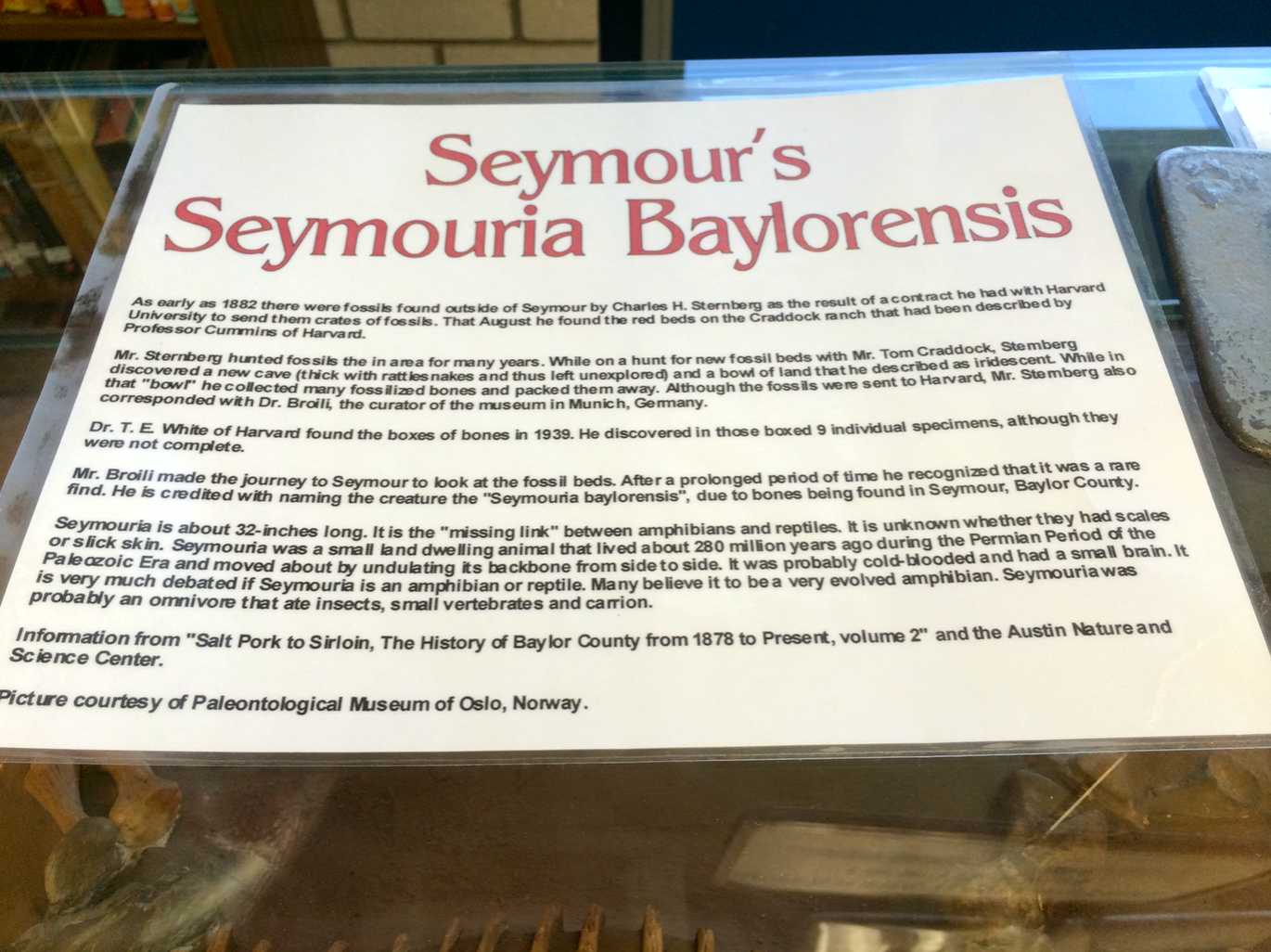 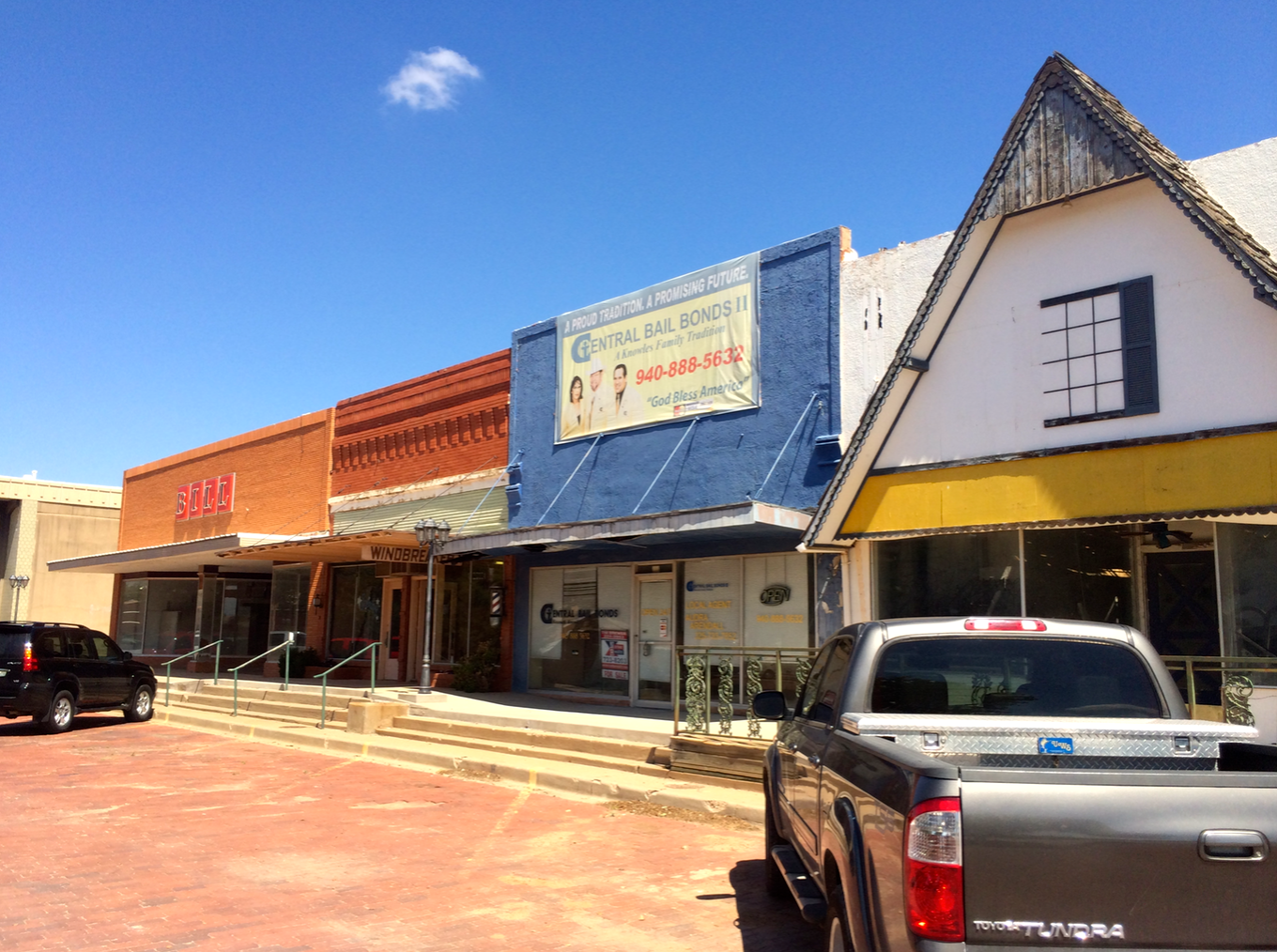 On the square in Seymour 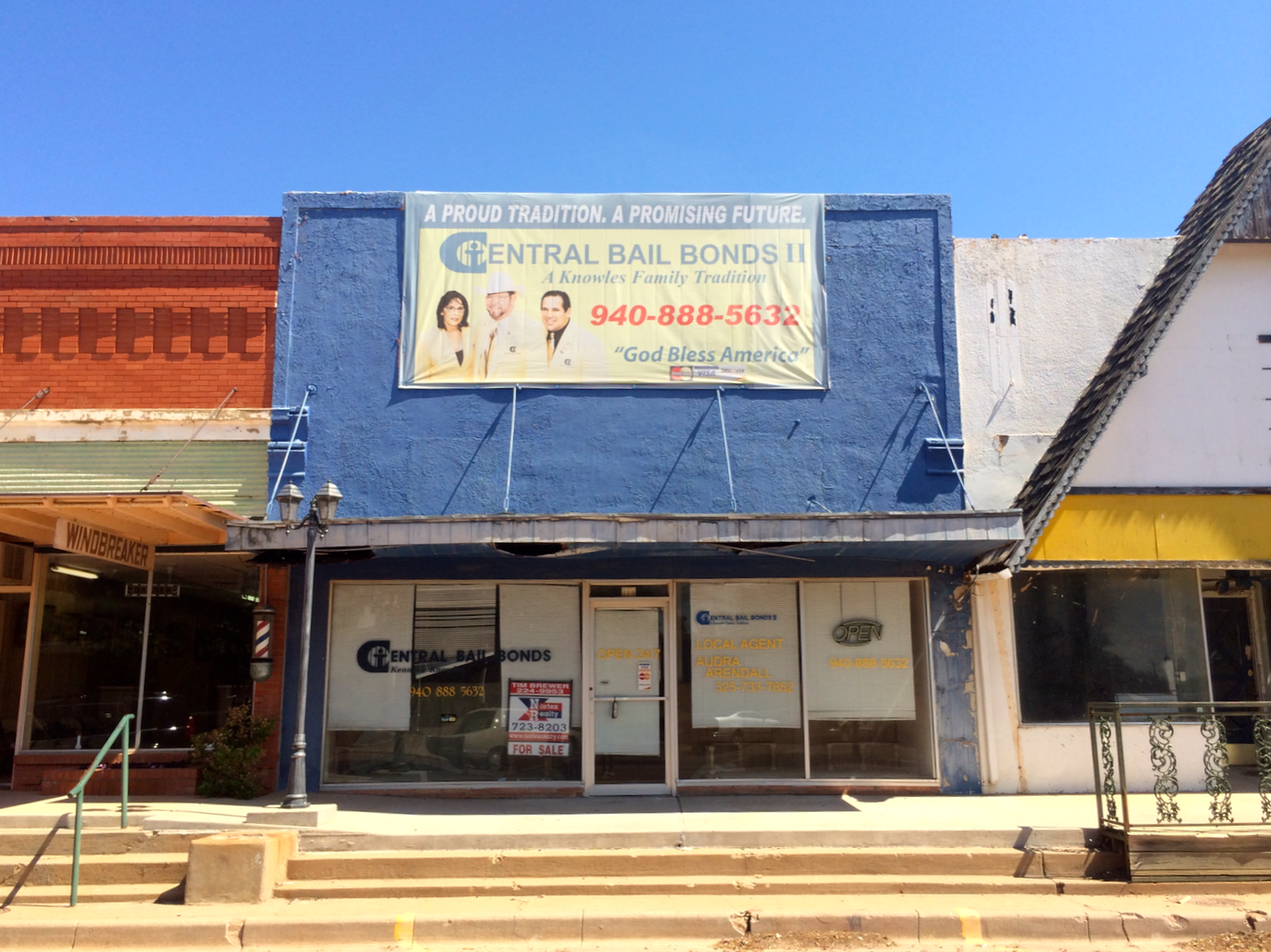 Central Bail Bonds and the Knowles Family! Last time I saw them was in Montague County. Before visiting Seymour, I had no idea there was a second location.