“About a third of [Clay County] is prime farmland. The flora of most of the county is typical of the Cross Timbers and prairie, with grasses predominating. The northwest corner is in the Rolling Plains vegetation area, with taller grasses, mesquite, and cacti common. Trees, including mesquite, blackjack, post oak, and elm, are scattered throughout the county, but are more numerous along the streams.”

“The earliest Europeans to visit the future county were Spanish explorers. Several early expeditions crossed Clay County, probably skirting the Cross Timbers. In 1759 Diego Ortiz Parrilla traveled through on his way to attack the Taovayas at the site of present Spanish Fort in Montague County, and in 1786 and 1787 Pedro Vial and José Mares traversed the area while exploring possible routes from San Antonio to Santa Fe. In July 1841 the Texan Santa Fe expedition crossed the future county heading west.”

“The first settlers in the area were probably W. T. and Wess Waybourne, who came in the 1850s and built their homes on the south fork of the Wichita River two miles from the site of present-day Henrietta. Clay County was marked off from Cooke County on December 24, 1857, and named for Kentucky statesman Henry Clay; the population of the new county was only 109 in 1860. On the eve of the Civil War, Henrietta, the largest community, had ten homes and a general store. Indians, however, remained a constant threat at this time, and the army conducted regular patrols of the area.” 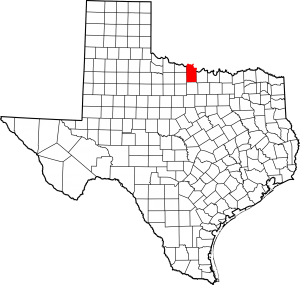 “The county was organized in 1861, but it was largely abandoned the following year because of the removal of federal troops during the war. The 1870 census gave no population figures for Clay County, although a few ranchers and farmers remained near the Red River after most of the settlers had moved eastward to more populated regions.”

“With the establishment of Fort Sill in Indian Territory after the Civil War, settlers began to return to Clay County. Among the first permanent residents after the war was Henry A. Whaley, who raised grain and vegetables on his farm near the mouth of the Wichita River to sell to the army at Fort Sill. The county was reorganized on May 27, 1873, with Cambridge as the county seat, and during the 1870s a small but growing stream of new settlers moved in, attracted by good range and farm land. Most of the early settlers raised cattle, along with small crops of corn and cotton.”

“In 1882 the Fort Worth and Denver Railway was built across the county through Henrietta. The town, which had been largely abandoned since the outbreak of the Civil War, bustled with new activity; after most of the residents of Cambridge moved there because of the railroad, Henrietta was incorporated and made the new county seat.”

“The railroad ushered in a boom. The population grew from a few hundred in 1870 to 5,045 by 1880. Buffalo hunters returning from the West shipped their hides from Henrietta, and the city became the principal trading center with nearby Fort Sill. In 1880 the county’s 635 farms produced 1,155 bales of cotton and 92,766 bushels of corn; cattle numbered 58,763.”

“With the growth in population also came a marked increase in the county’s farming economy. The number of farms grew from 766 in 1890 to 2,306 in 1910, and the number of acres under cultivation nearly tripled. At the turn of the century Clay County was primarily composed of ranches and farms, with the majority of its population living in rural areas. Before 1900 the leading crop was corn, but increasingly during the early years of the new century cotton took center stage.”

I was the guest of Clay County and Henrietta on January 8, 2011 and returned to rephotograph the courthouse on May 17, 2014. 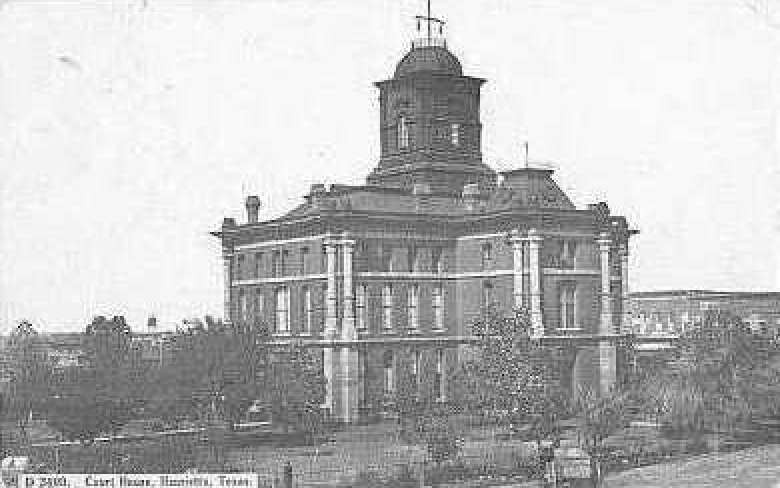 “Designed by W. H. Wilson & Tozer, the Clay County Courthouse is Classical in form and detail with Italianate influences. It is designed in the form of a Greek cross, with narrow wings projecting to the north and south and wide wings projecting to the east and west. Corridors extending through both wings of the cross provide access from all four sides of the building. On the ground level, the east and west wings of the cross contain offices, and the north and south wings contain the stairways providing access to the courtroom, which originally occupied most of the second floor.”

“1911: According to dates on the roof rafters, this is when the bell tower was removed and replaced with the dome and roof configuration extant today.” 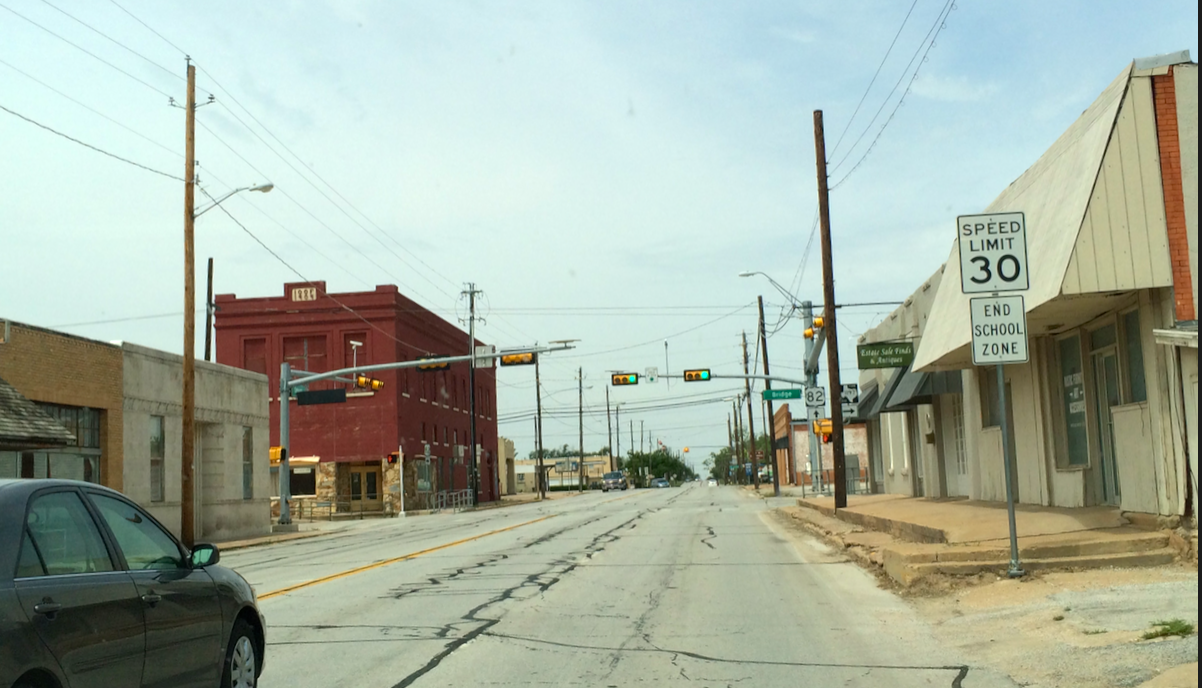 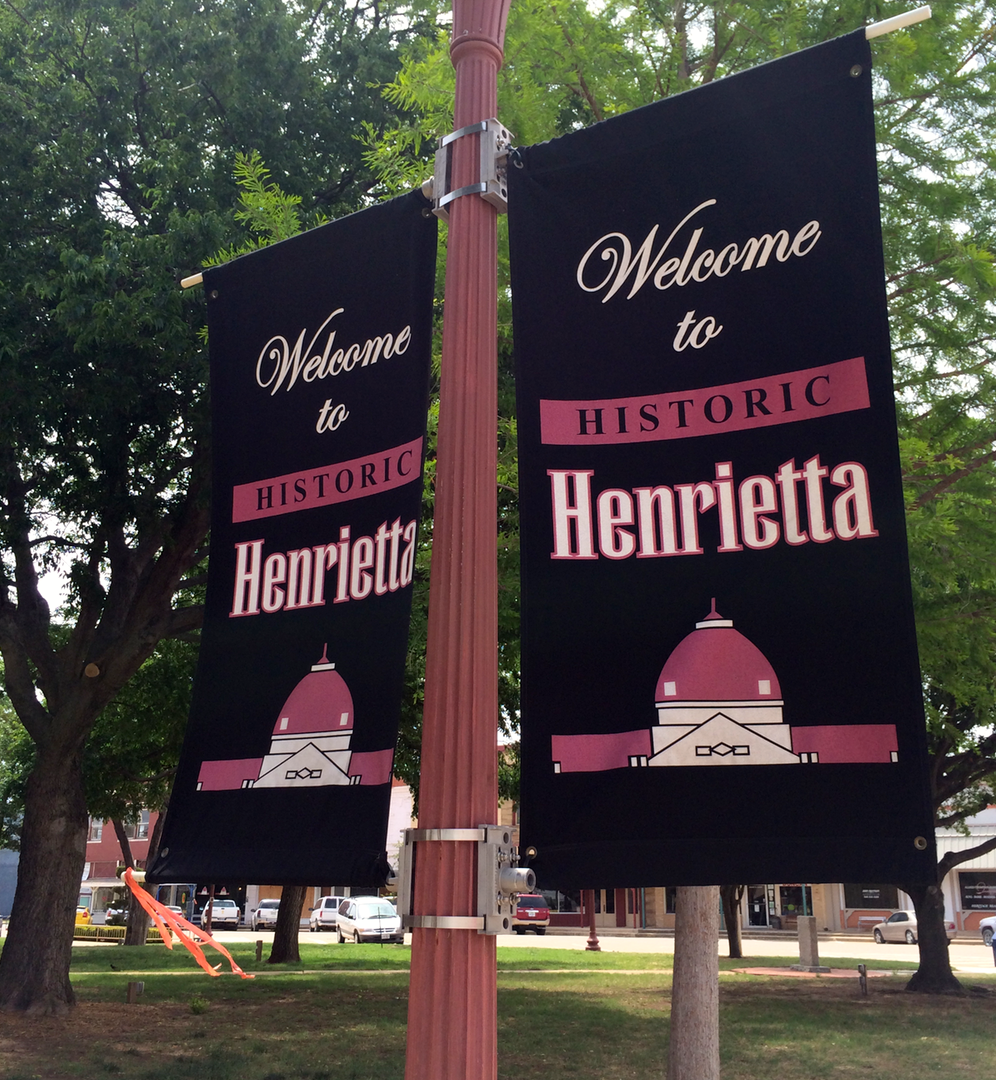 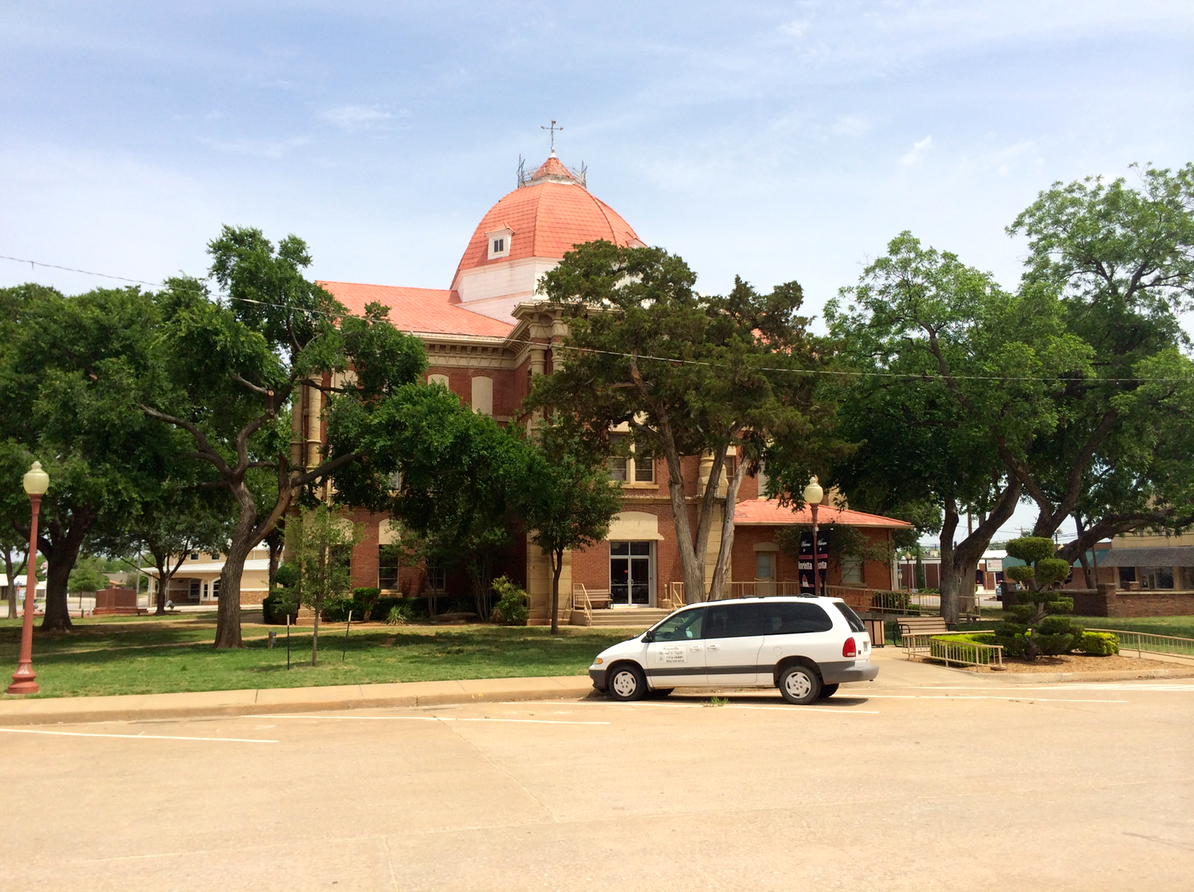 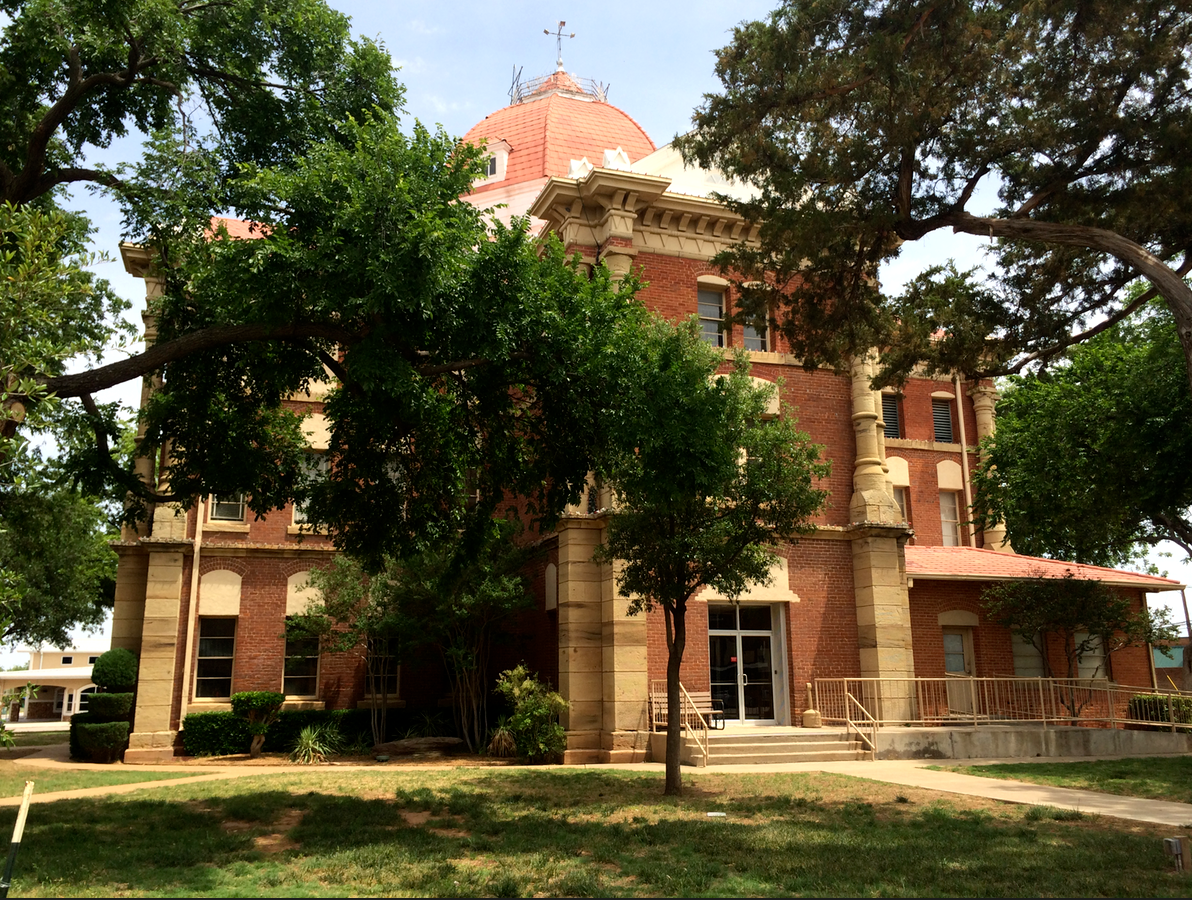 The north side features a handicap ramp. 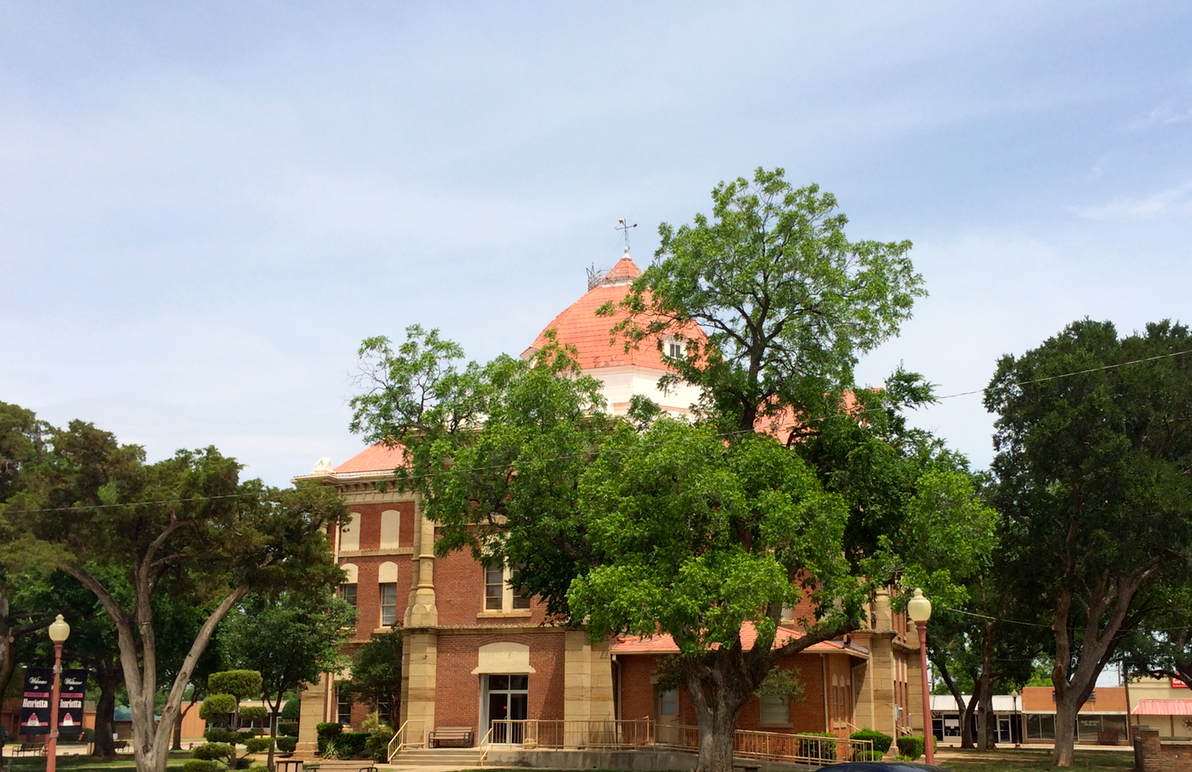 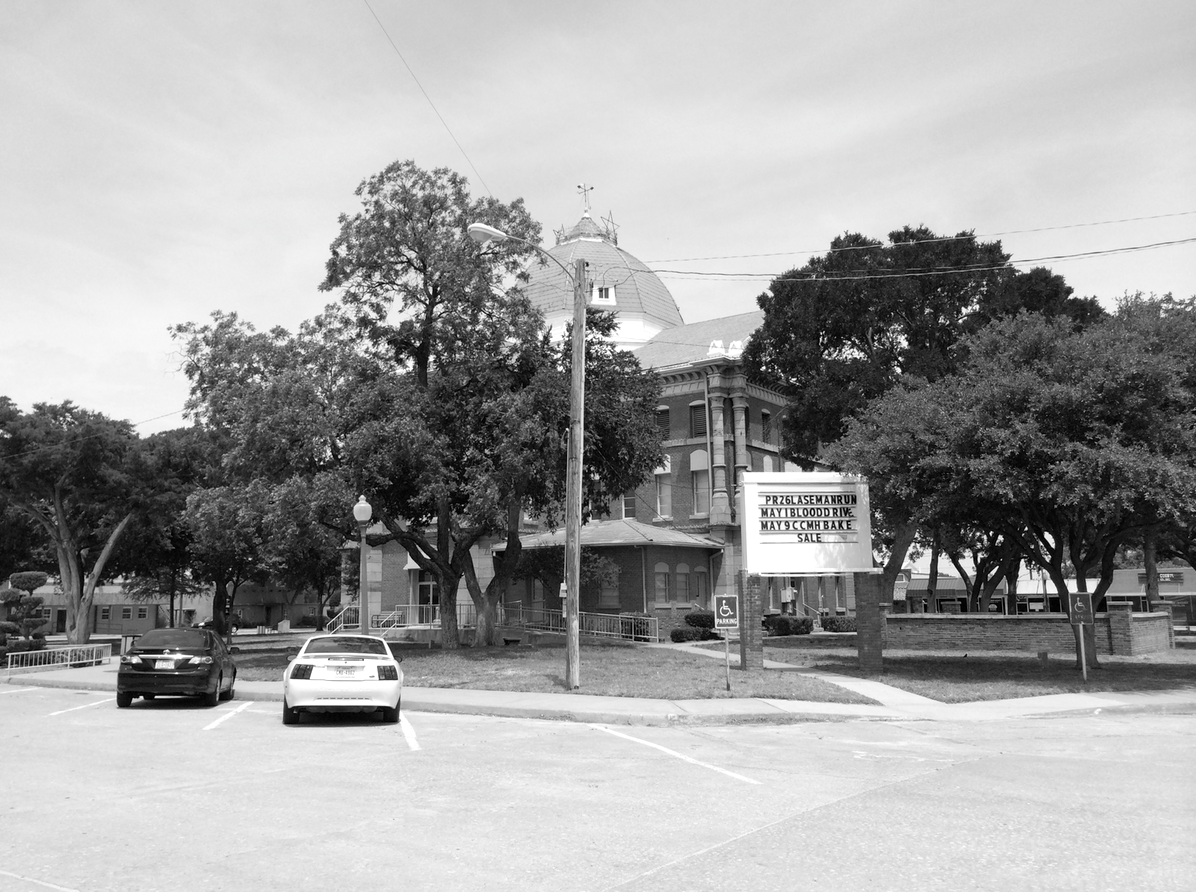 The courthouse’s southeast corner boasts a large message board.

The southeast corner complete with 1961 addition 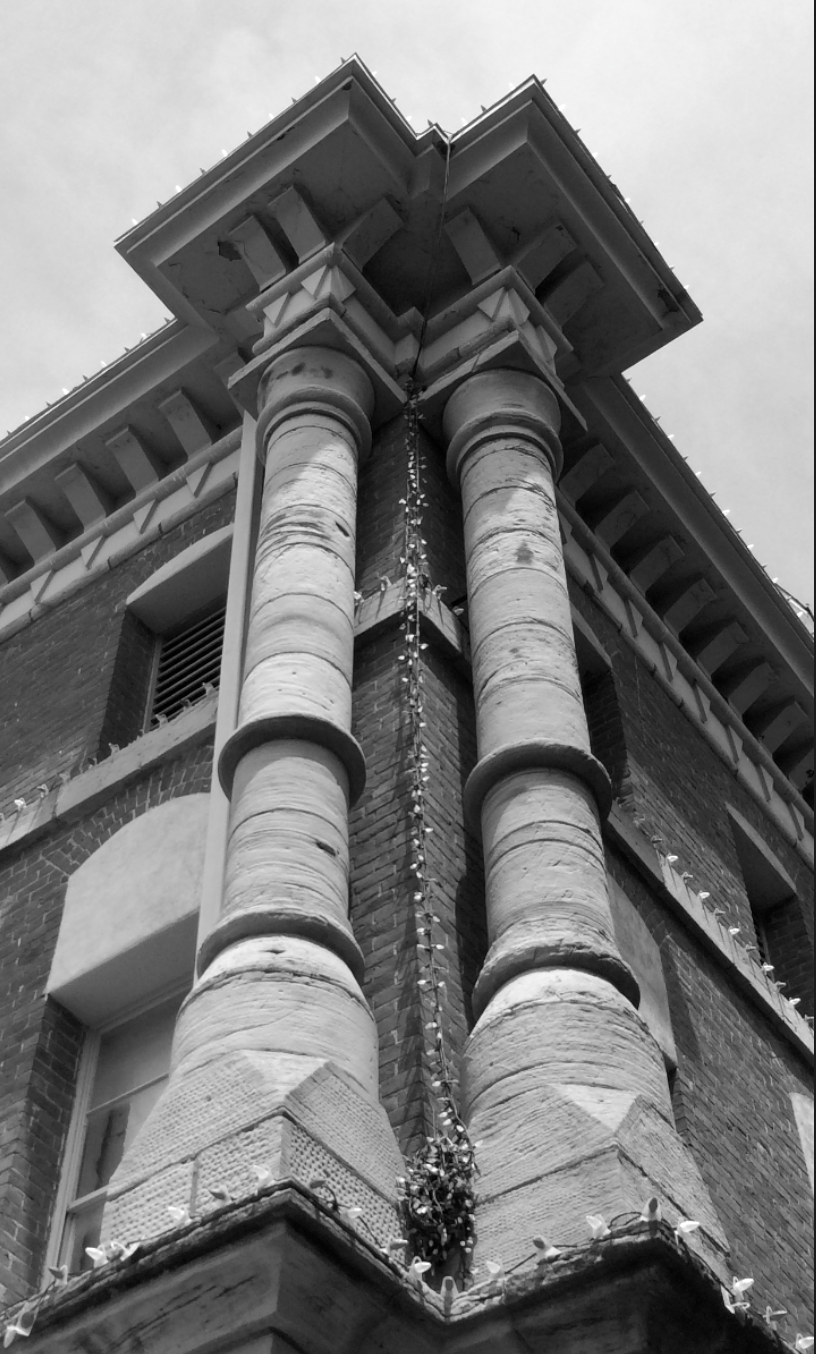 The courthouse keeps the lights up all year long. 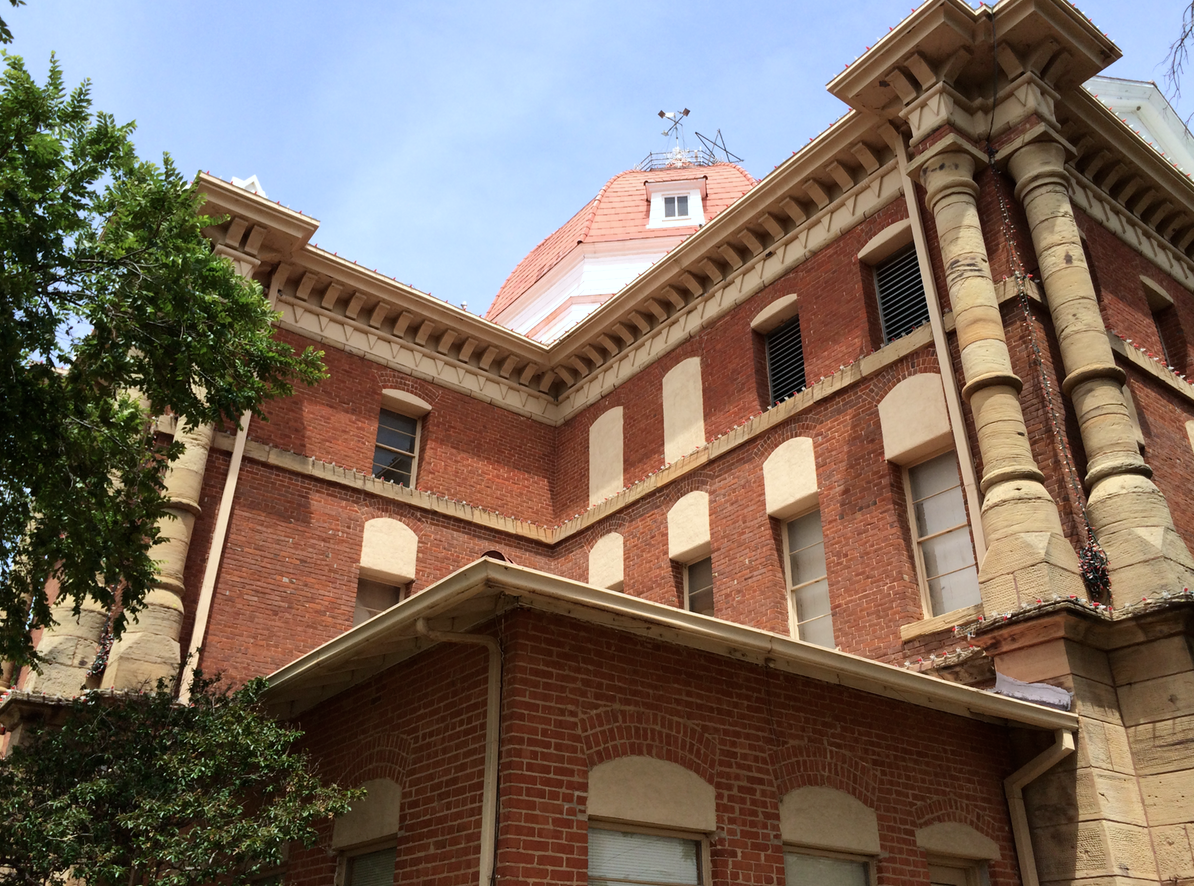 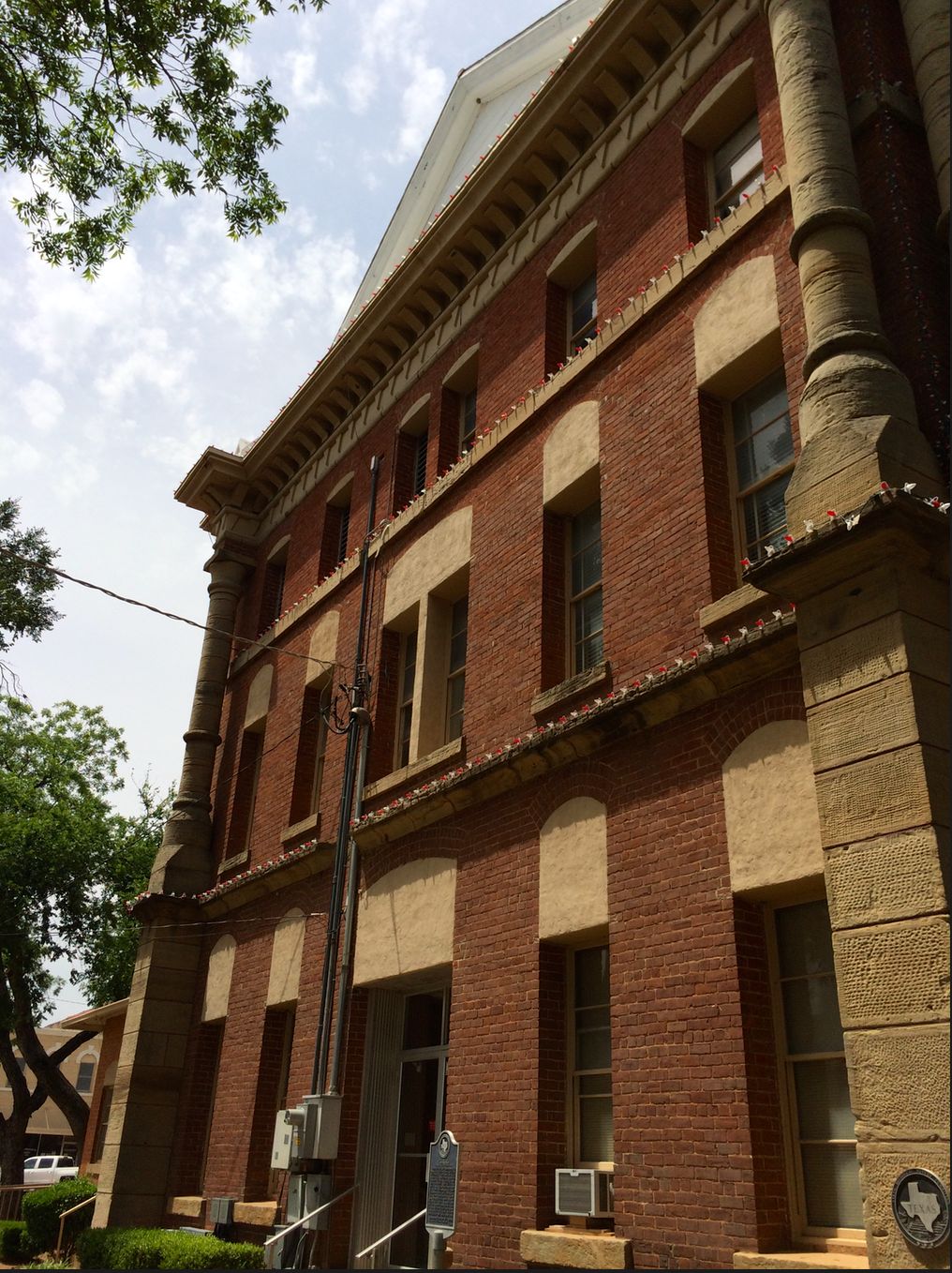 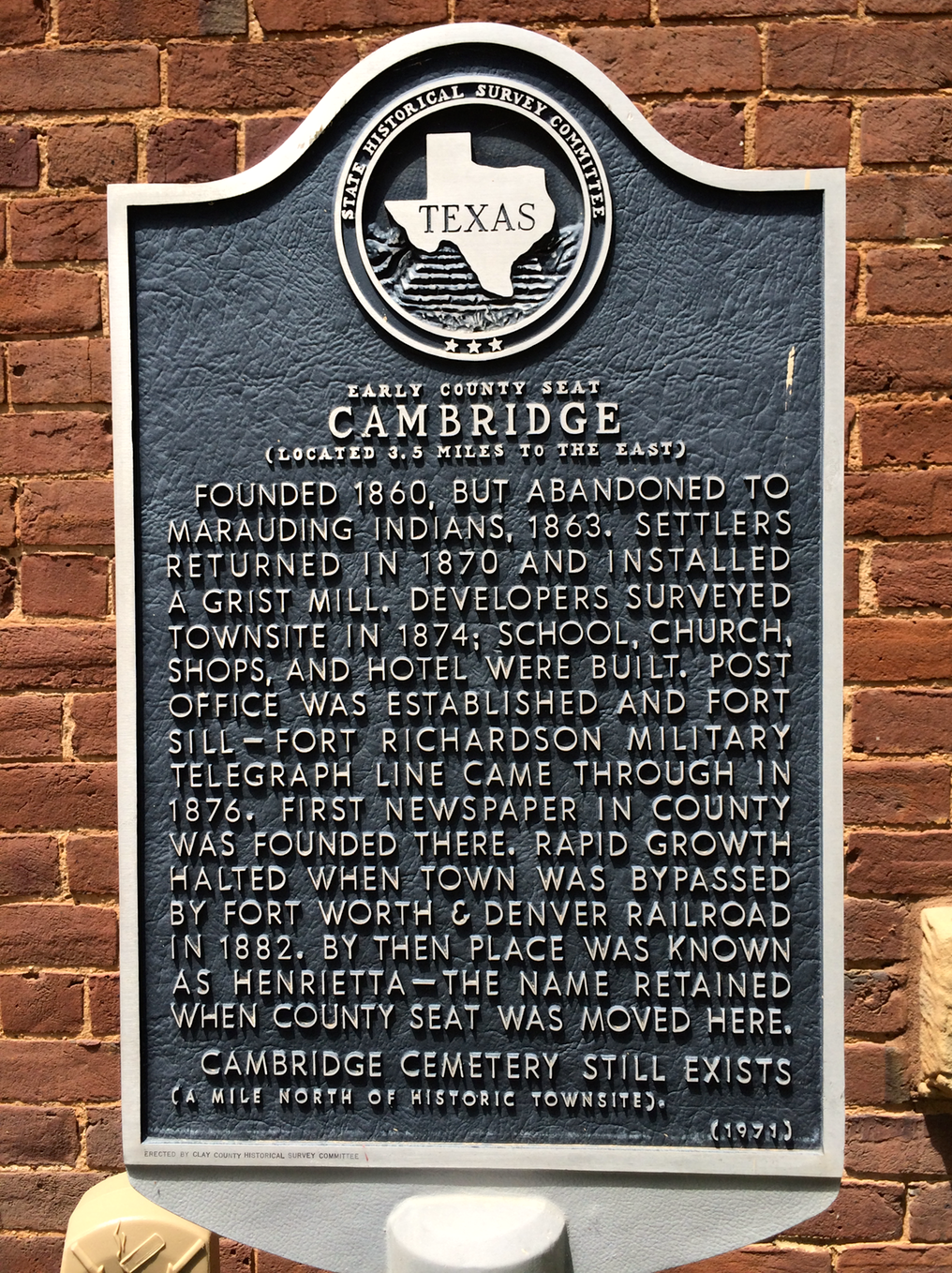 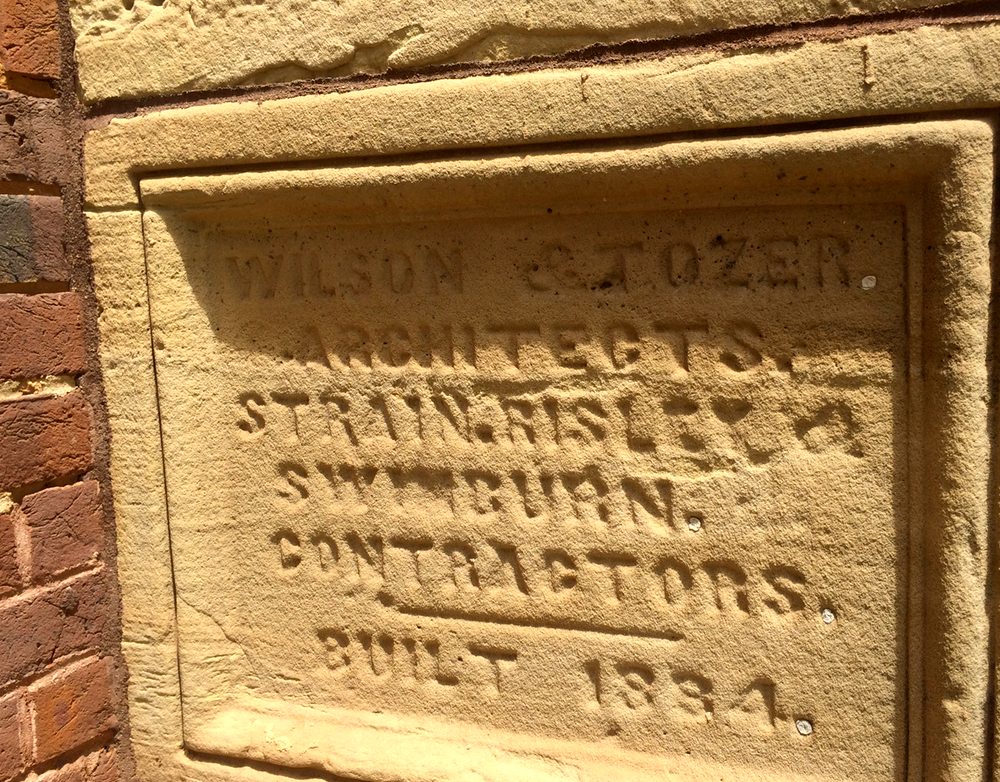 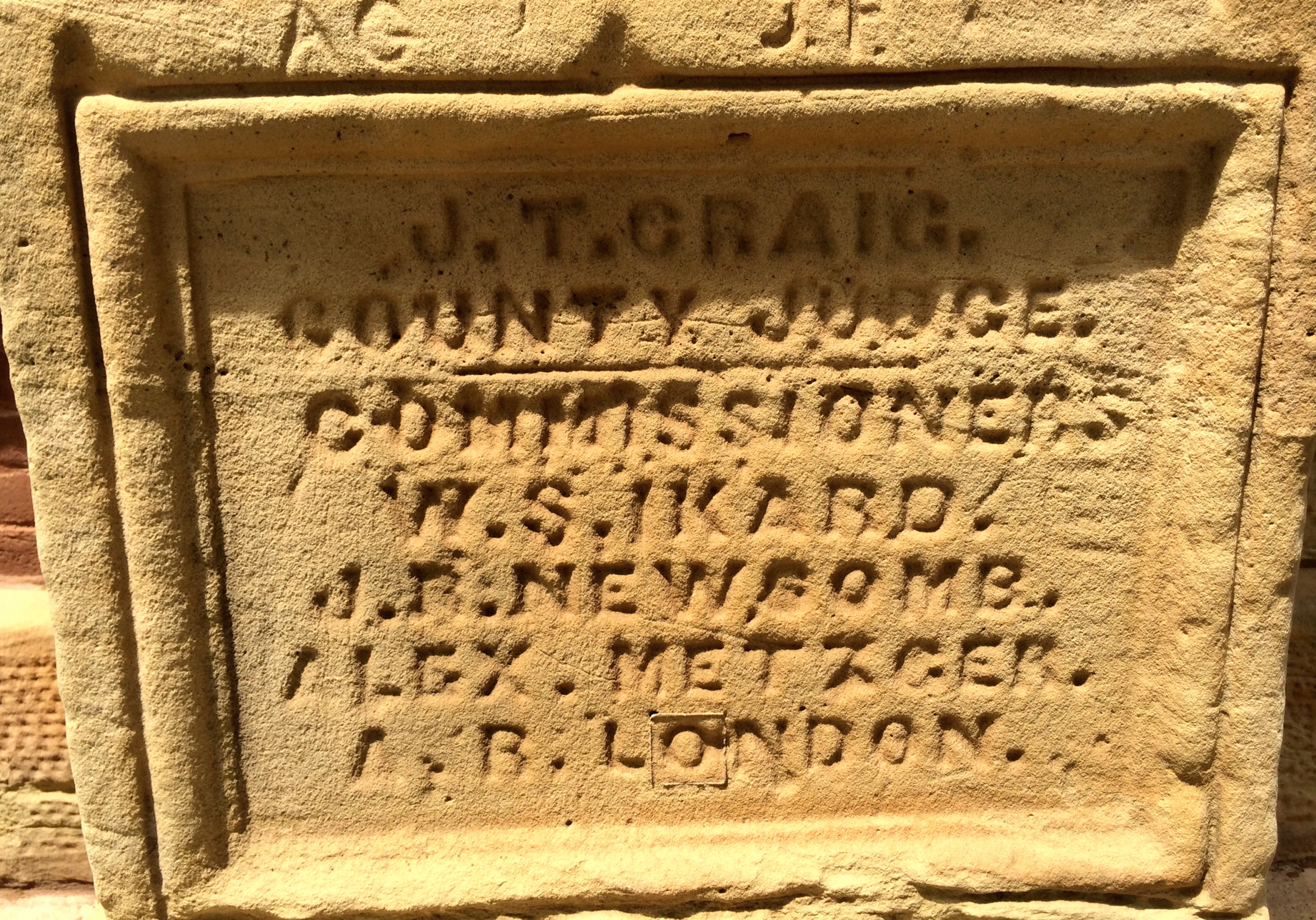 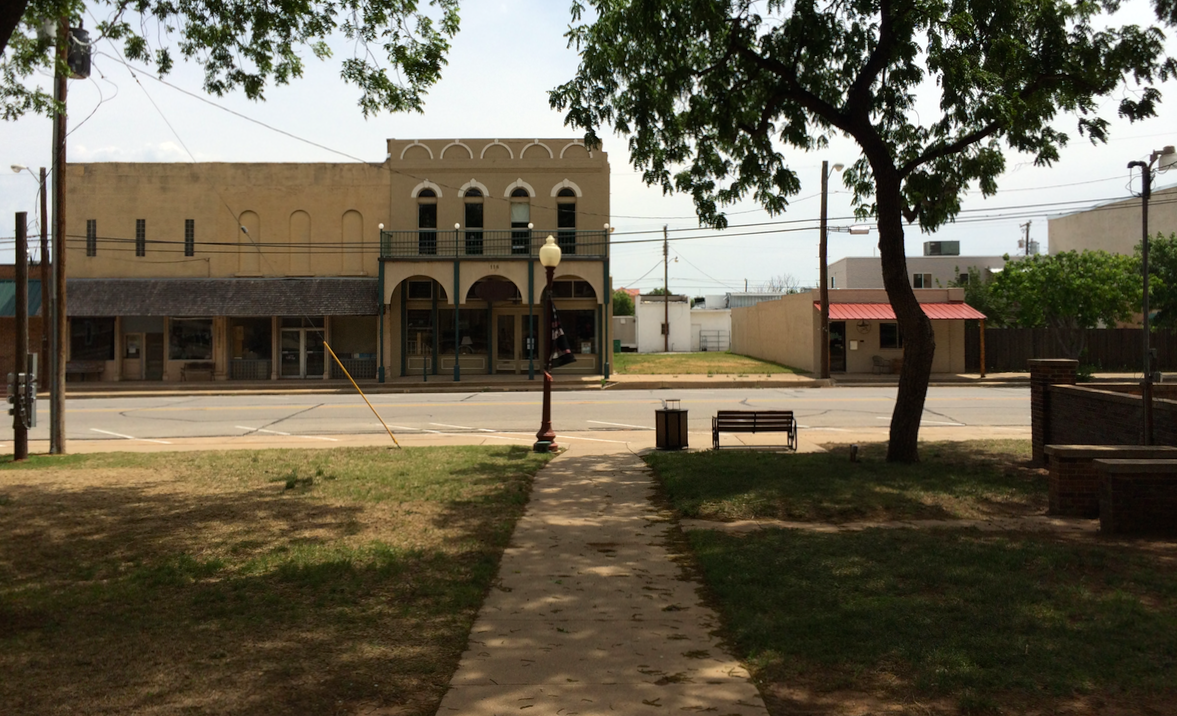 View of Bridge Street from the eastern entrance 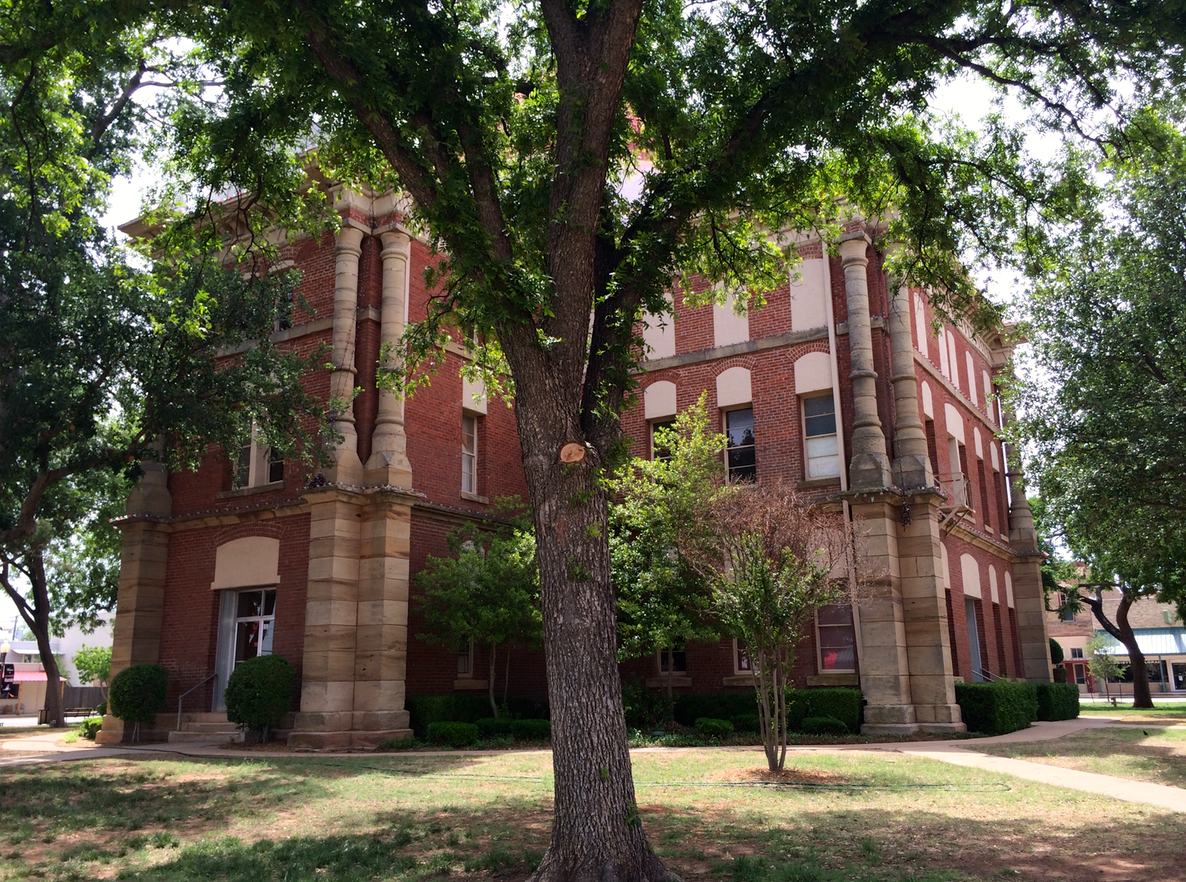 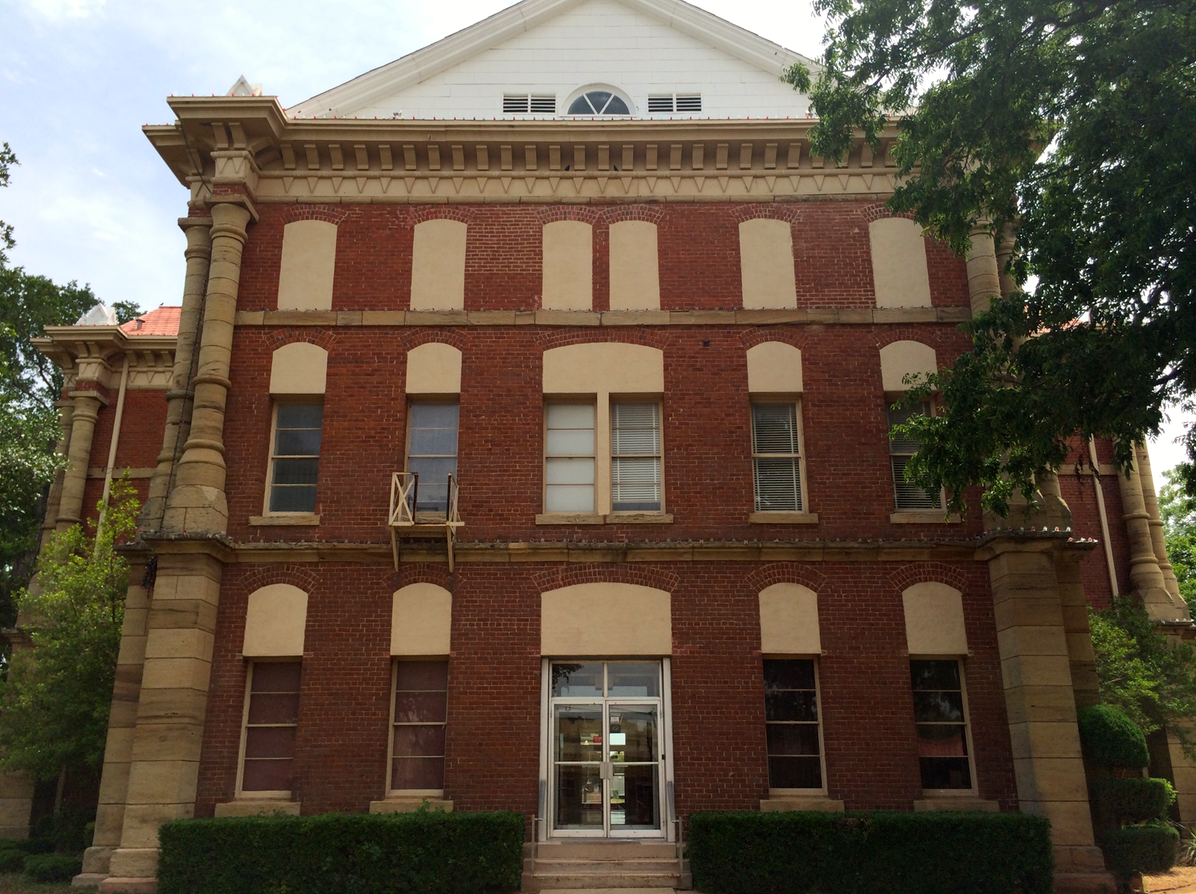 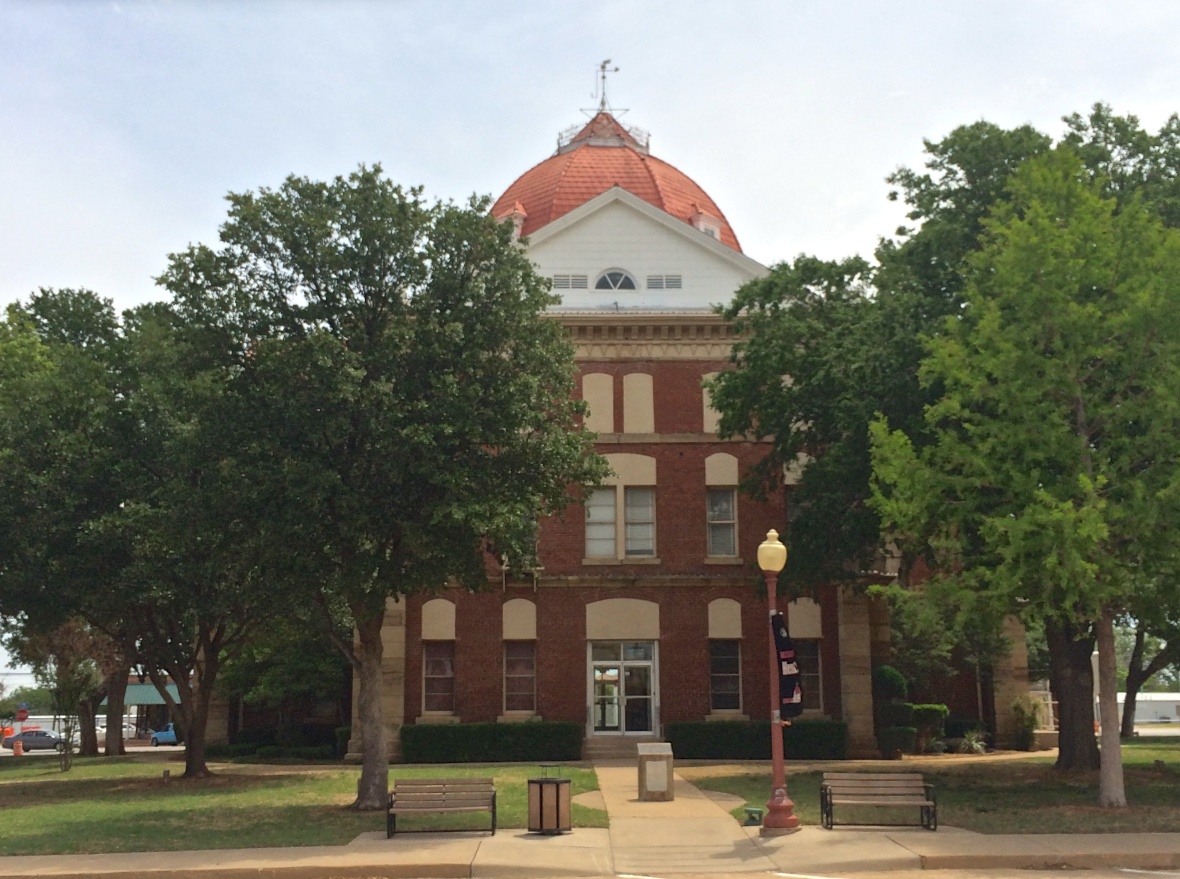 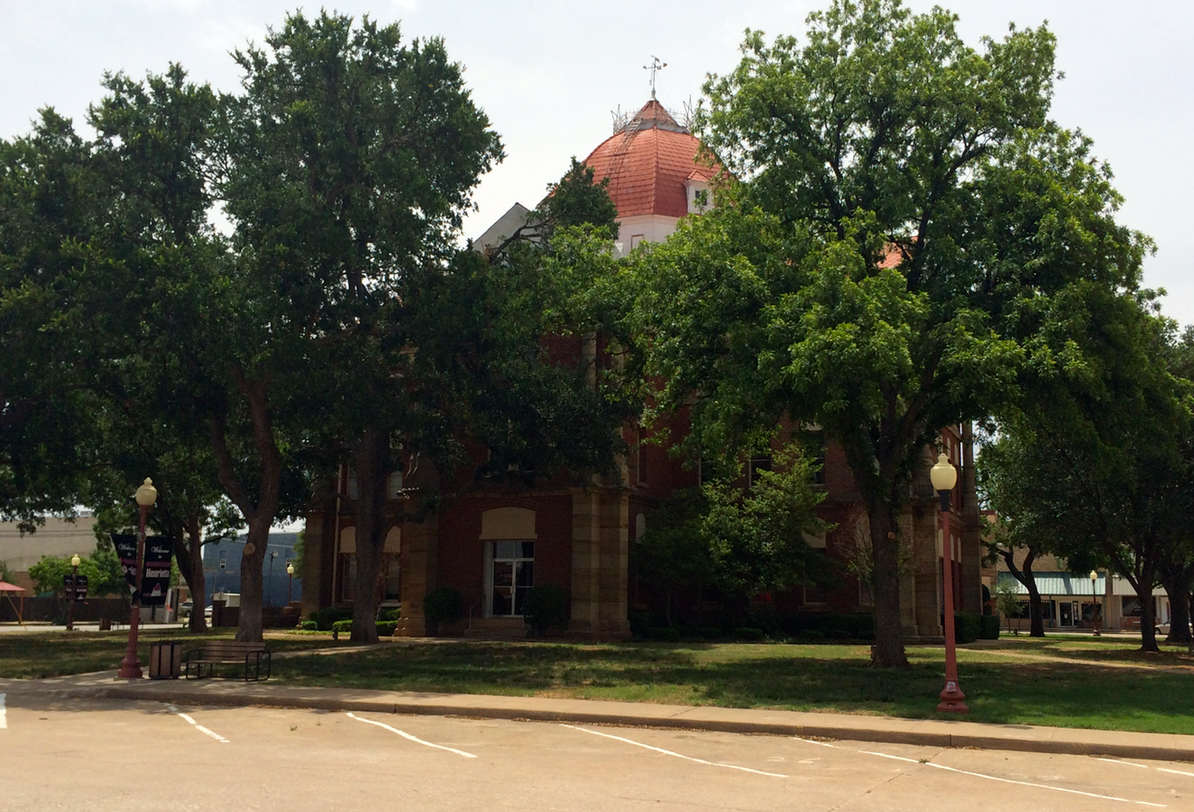 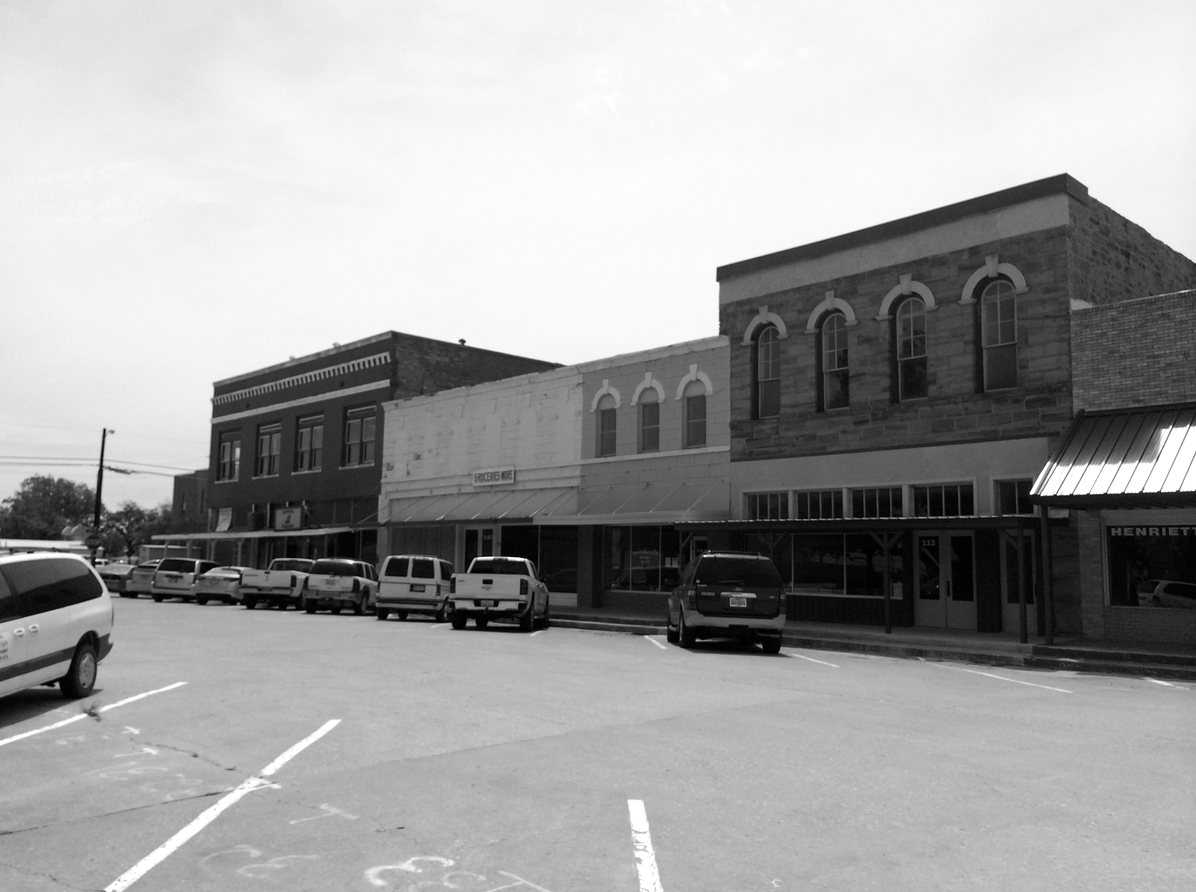 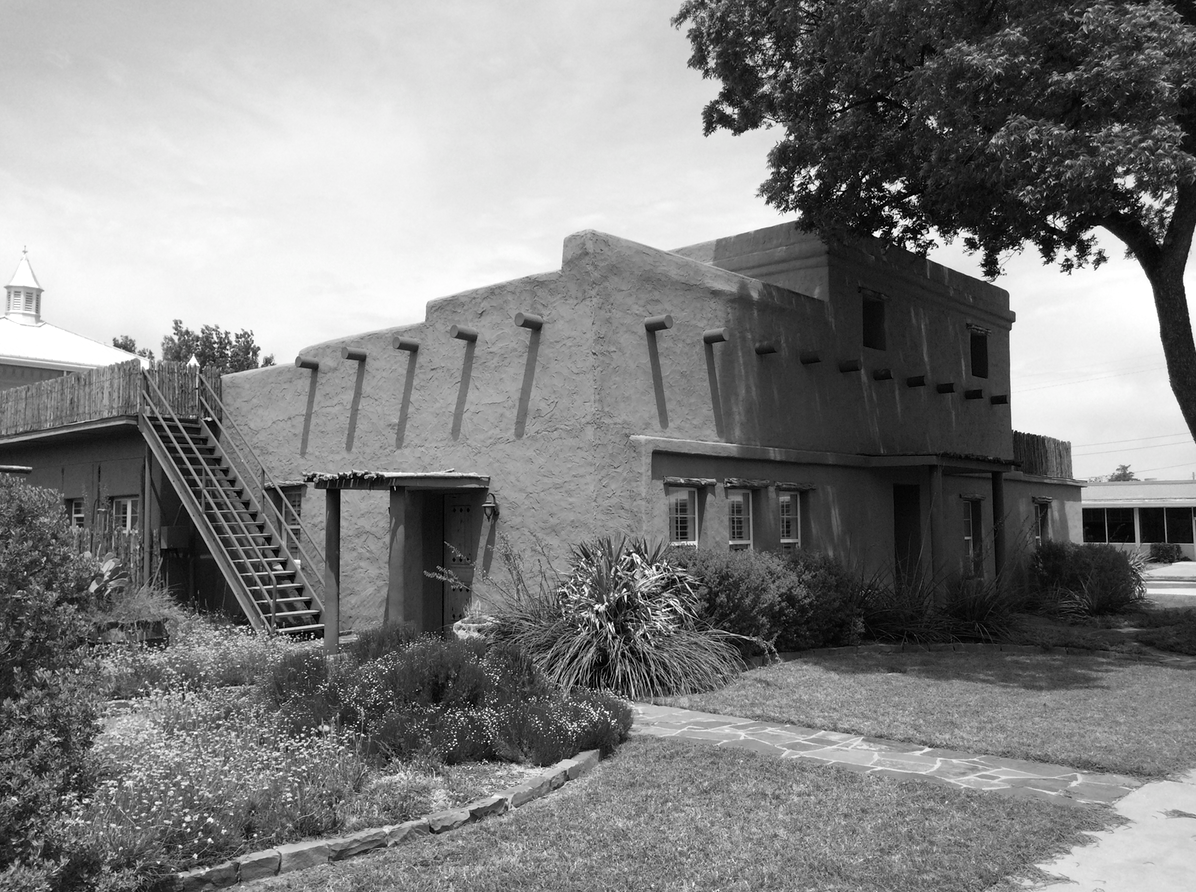 Reminds me of New Mexico 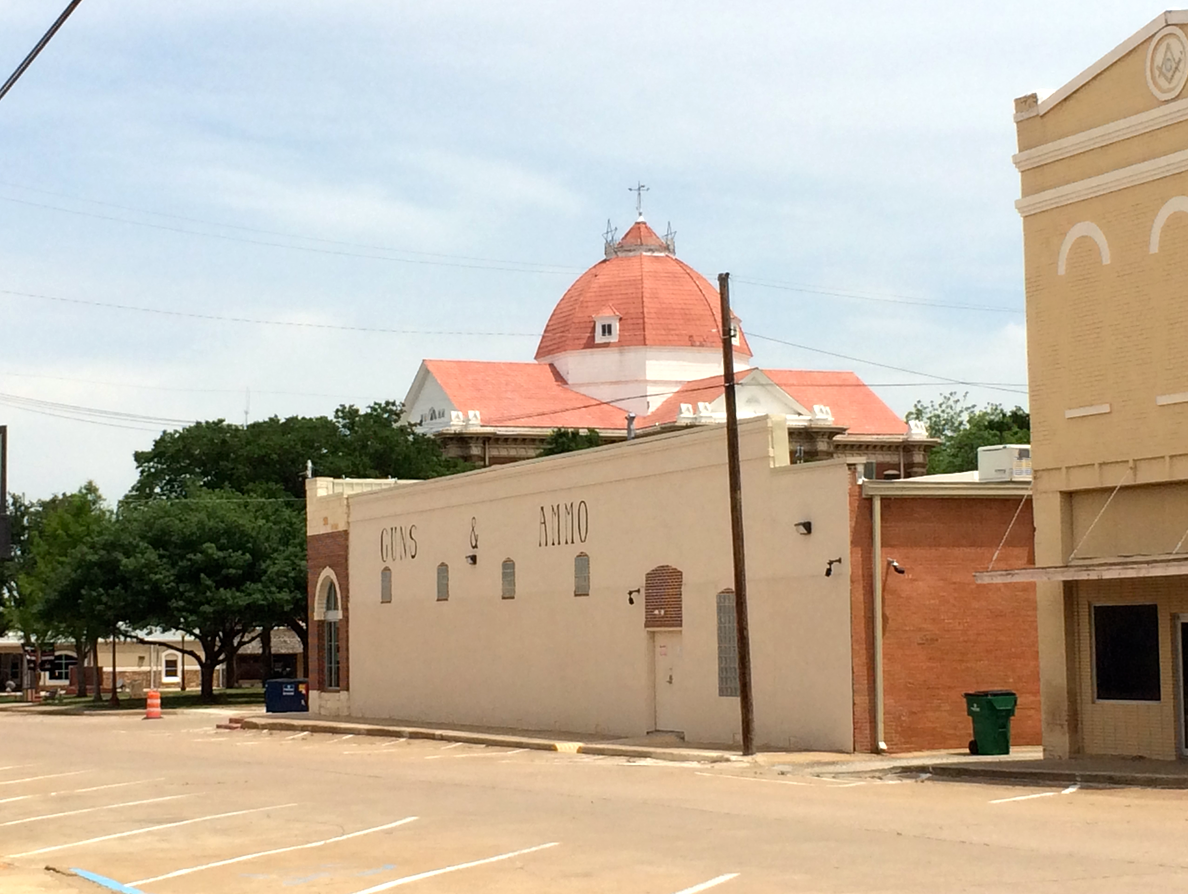 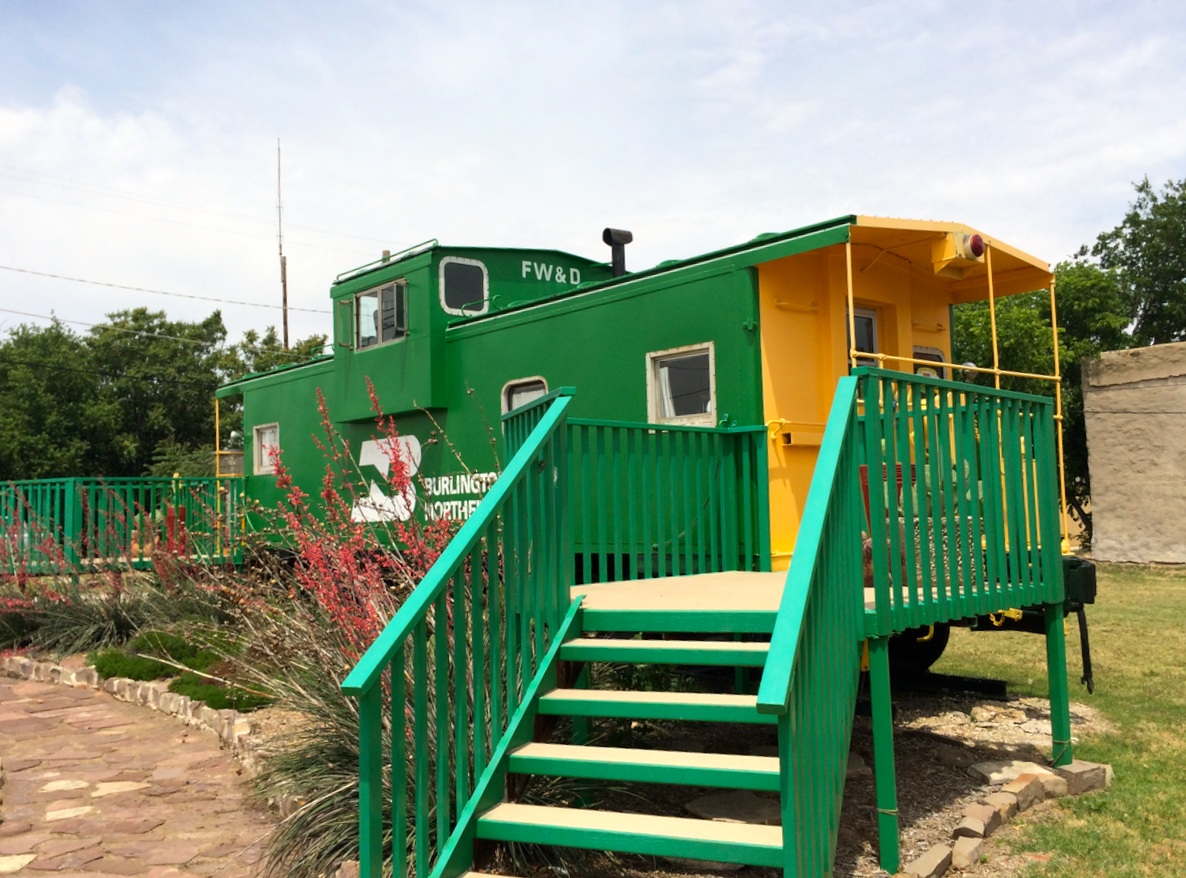 The Henrietta Chamber of Commerce is housed inside a historic Burlington Northern train car.