“On January 12, 1875, Crockett County, named for David Crockett of Alamo fame, was formed from Bexar County and attached to Kinney County for judicial purposes. It included the future Sutton and Schleicher counties and parts of the future Val Verde, Kinney, and Edwards counties.”

“Crockett County is located in southwestern Texas on the western edge of the Edwards Plateau.”

“Broad valleys and flat divides characterize the northern part. The northeastern part is a large flat divide separating the Colorado River and Rio Grande basins. The surface geology is Cretaceous. The soils are dark, calcareous, stony clays and clay loams. The western half of the county is desert shrub savanna, and the eastern half is juniper, oak, and mesquite savanna.”

“From the earliest settlement the economy was dependent on sheep and cattle ranching. In 1880 Crockett County reported fifteen farms, valued together at more than $44,500. Livestock consisted mostly of beef cattle, sheep, and hogs, which were in the aggregate worth $14,500.”

“Crockett County was organized on July 7, 1891, when an election was held at Couch Well, or Eureka, to choose the county seat from three contending communities. The election was inconclusive, but Ozona, where E. M. Powell had already drilled a prolific water well and donated land for public buildings, became the county seat by the end of the year as the other communities failed to develop.”

“In 1891 it received a post office and Mrs. J. W. Odom organized a union Sunday school. The same year the first school opened. A frame courthouse was built by the end of the year. A Baptist church was organized in 1892 and a Church of Christ in 1895. In 1899 a hotel opened. In 1900 stagecoach service began.” 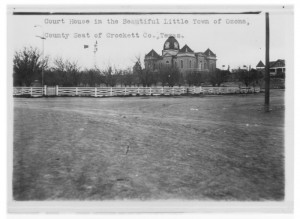 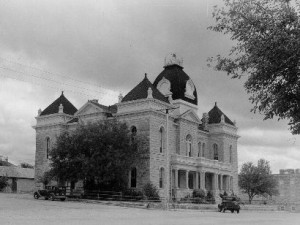 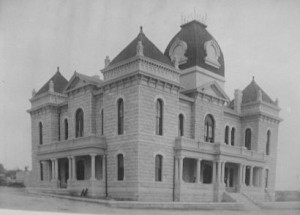 “This Second Empire edifice features a large convex-curved mansard roof and strong corner pavilions with pyramidal roofs. The ashlar exterior walls are of hand-sawed rusticated limestone blocks. The square building has four identical five-bay façade. A one-story galley with an iron balcony is placed between the two end pavilions. The distinct string-courses below the second-story widows divide the floors … The large second-floor courtroom was used nor only for judicial proceedings, it also served as a community center, dance hall, and meeting place.”

“1902 Second Empire limestone building that had faux clock space on the tower … Designed by Oscar Ruffini; a National Register Property.”From The Courthouses of Texas by Dr. Mavis P. Kelsey Sr. & Donald H. Dyal
I came to Ozona on August 13, 2013
#102/254 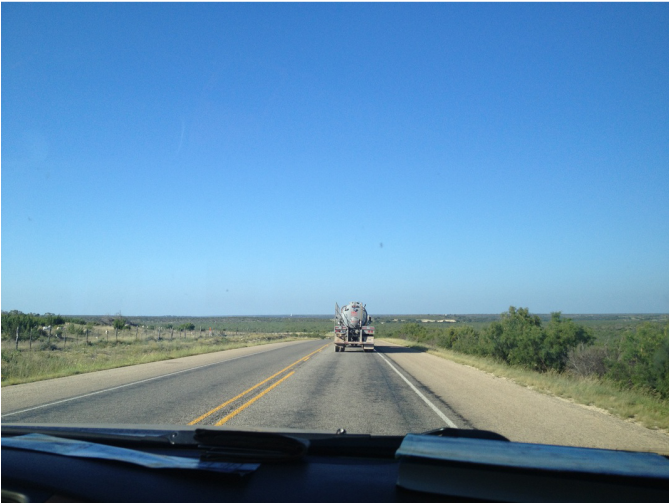 Southbound on Highway 163 between Barnhart and Ozona 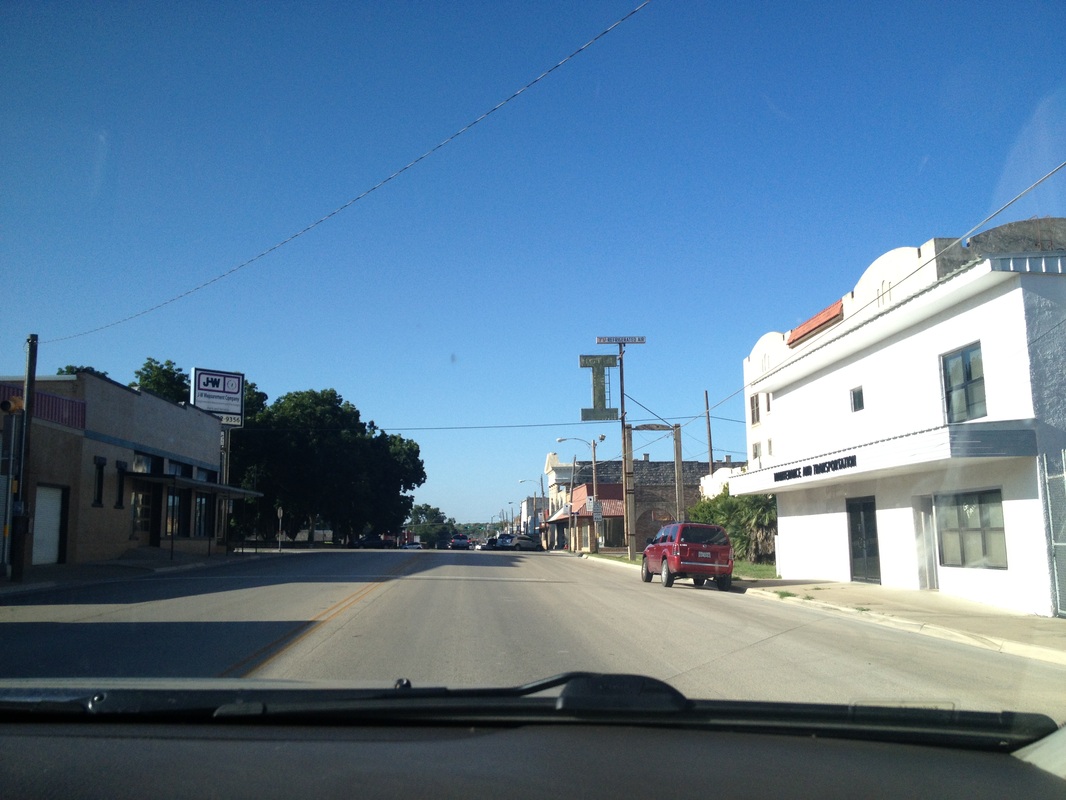 The quaint town of Ozona