“Floyd County covers 992 square miles. The mostly flat land is broken on the east by the http://254texascourthouses.com/hollywood-casino-4fun/ and Rolling Plains and on the south by the White River and Blanco Canyon. The elevation ranges from 2,600 to 3,300 feet.”

“Vegetation is typical of the High Plains, with moderately short to tall grasses and plenty of mesquite. Between 71 and 80 percent of the land in the county is considered prime farmland; about 500,000 acres is considered arable.”

“Francisco Vázquez de Coronado is believed to have come through the area in 1541. Quitaque Peak was a familiar landmark to José P. Tafoya and other Comancheros who came from New Mexico to trade with the warlike “Mongols of the West”; indeed, it marked the southern boundary of the notorious Valley of Tears, so named because white captives were separated among various Indian bands or ransomed there by Comancheros.”

“In 1871 and again in 1874 Col. Ranald S. Mackenzie‘s Fourth United States Cavalry came through Floyd County in pursuit of the hostile Quahadi Comanches. In their wake came hide hunters operating out of Fort Griffin and Charles Rath‘s Teepee City. With the Indians and buffalo gone, ranchers entered the area with their free-range cattle outfits. The Baker brothers and O. J. Wiren established the headquarters of the Quitaque (Lazy F) Ranch, later owned by Charles Goodnight and for a time part of the JA Ranch, on the banks of Quitaque Creek.”

“On August 21, 1876, the Texas legislature formed Floyd County, named for the Alamo martyr Dolphin Ward Floyd, as one of the fifty-four counties established from the Bexar and Young territories. In 1884 Arthur B. Duncan and his family became the county’s first settlers when they located in Blanco Canyon a short distance above Henry Clay (Hank) Smith’s ranch in Crosby County.” 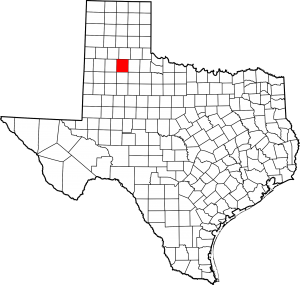 “Since Floyd County at that time was attached to Donley County for administrative purposes, the Duncans and other settlers who soon followed had to go to Clarendon to file on state lands for homes. In the spring of 1887, Thomas J. Braidfoot and his family located on a section of school land that afterward was platted as the town of Della Plain. There the county’s first school was begun late in 1888.”

“The move to organize Floyd County produced heated rivalry among its developing communities for the honor of being the county seat. Lockney, which became Della Plain’s chief rival, was founded in 1889. In the spring of 1890 J. K. Gwynn appeared on the scene as a representative of Carolina V. Price, a Missouri native who owned numerous patented sections in Floyd County. Gwynn had one of the prize sections platted as Floyd City, another candidate for county seat. Lockney combined with Floyd City, and in the organization election on May 28, 1890, Floyd City won by a vote of 55 to 33.”

“The election was subsequently contested in the district court and later in the [Texas] Supreme Court, but its validity wassustained; Floyd City, renamed Floydada in 1892, remained the seat of local government, with A. B. Duncan serving as the first county judge.”

“Although Floyd County had a population of 529 by 1890, droughts, financial panics, and grasshopper plagues caused many settlers to vacate the region during the next decade. Some of the communities, including Della Plain and Mayshaw, were abandoned, but Lockney was revived in 1894 with the establishment of Lockney Christian College, which lasted until 1917. A gradual influx of population resulted in a movement to choose a new county seat and build a new courthouse, but in the election of 1912 Floydada was again victorious by a small majority. After that, town and sectional rivalries waned.”

“In 1928 the Quanah, Acme and Pacific Railway extended its tracks from McBain, thus connecting Floydada directly with points east and north. At the same time, the Fort Worth and Denver constructed its South Plains line from Estelline and Quitaque to Lockney via Sterley and South Plains. This line, later taken over by Burlington Northern, is noted for the Quitaque Tunnel, a remarkable engineering feat that is now the state’s only functioning railway tunnel, located in northeastern Floyd County.” [I recommend you look this tunnel up. It's really fascinating to read about, even though today it lies abandoned (contrary to what the TSHA says)].

“The construction of the railroads brought numerous new settlers to the area. Between 1900 and 1930 the population increased six-fold, growing from 2,020 to 12,409. Many of the new settlers were farmers, lured to the area by abundant land, and during the first three decades of the twentieth century the number of farms in the county grew rapidly. In 1900 there were only 286; by 1930 that figure had grown to 1,671. Corn was the most important crop in the early years, but after 1900 wheat and cotton were both introduced on a commercial scale.”

“The 1920s and 1930s saw other important improvements. Tractors began to be used on a large scale, and numerous new roads were laid out and graded. In 1937 paved highways came to Floyd County with the completion of State Highway 28 (now U.S. 70) through Floydada.”

“During the early 1930s cotton was the leading cash crop. Falling prices, droughts, and boll weevil infestations, however, combined to drive down cotton production in the 1930s. Although the amount of land planted in cotton continued to be quite high, both yields and profits dropped significantly, especially after 1932.”

“As a result of the poor yields and the reluctance of banks to extend credit to financially strained farmers, many of those who made a living from the land, particularly tenants, found themselves displaced. Numerous farmers were forced to give up their livelihoods and seek work elsewhere. The population of the county as a whole fell from 12,409 in 1930 to 10,659 in 1940.”

“Large-scale irrigation was introduced after the war, and by the early 1950s some 150,000 acres were irrigated. Subsequently, agricultural production continued to grow. In the early 1990s more than 220,000 acres was under irrigation and the county’s farmers were earning an average $75 million a year. Most of the receipts came from cotton, wheat, vegetables, soybeans, corn, sunflowers, beef cattle, and hogs. Floyd County remained a leading cotton-producing area; twenty-one cotton gins operated in the county in 1990. Additional sources of income included the production of farm machinery and race cars, meat and vegetable processing, and other agribusinesses.”

“The area is popular with hunters and fishermen, particularly in the fall and winter. The Old Settlers Day Reunion held in Floydada and the Floyd County Fair in Lockney are among the main tourist attractions.”

A courthouse was constructed two years after Floyd County was organized, though I don’t know of any surviving photos of it. This building was designed by J.N. Smith, stood two stories above the plains, and cost the county $7,456. It was square in shape and measured 48 feet x 48 feet. A “strong fence” was erected to protect the grounds from roaming Floyd County cattle. What a time to have been alive. 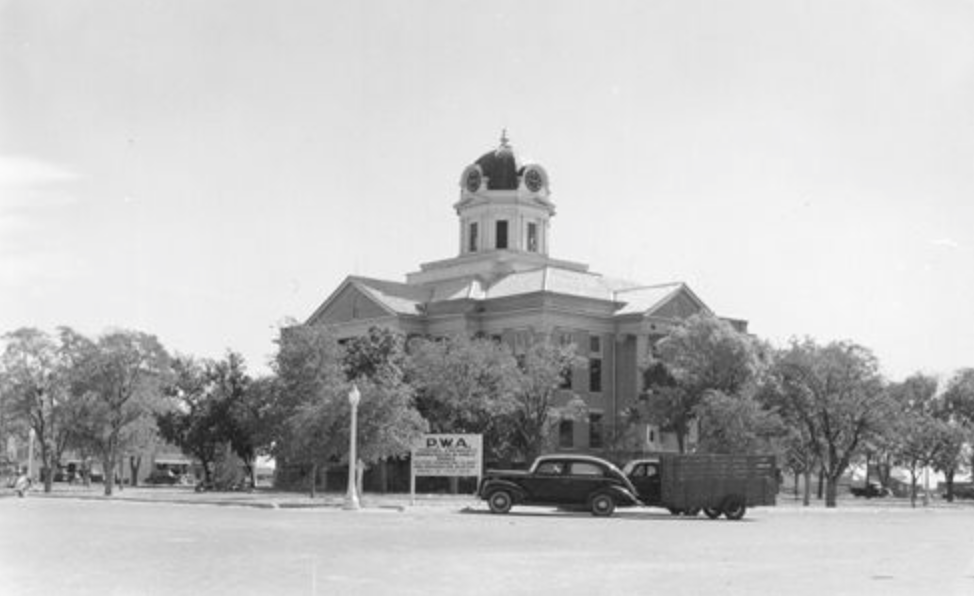 This building was only 18 years old when the Great Depression began, and luckily, it managed to survive its devastating local, economic effects. Leslie L. Thurmon, of Dallas, served as the architect. The courthouse and its commanding dome cost the county $73,690.

The Classical Revival structure is only a part of Thurmon’s impressive resume across Texas (most of which have thankfully survived to today). You can also find his work in Franklin County, Kinney County, and Jeff Davis County.

While it had enough luck to survive the Depression, its fortune ran out in 1949. During a renovation project, its dome was being removed and its roof was being repaired when a blazing inferno began and tore the courthouse apart. There was, evidently, not enough left to salvage it. So, Floyd County demolished it a year later in 1950.

The official description by the Texas Historical Commission is pretty straightforward:

This is very much a modern courthouse. Its architect was Marvin Stiles.

The flanking wings of the building you see on both sides of the photo were original, from 1950. They don’t appear to be additions, at least. 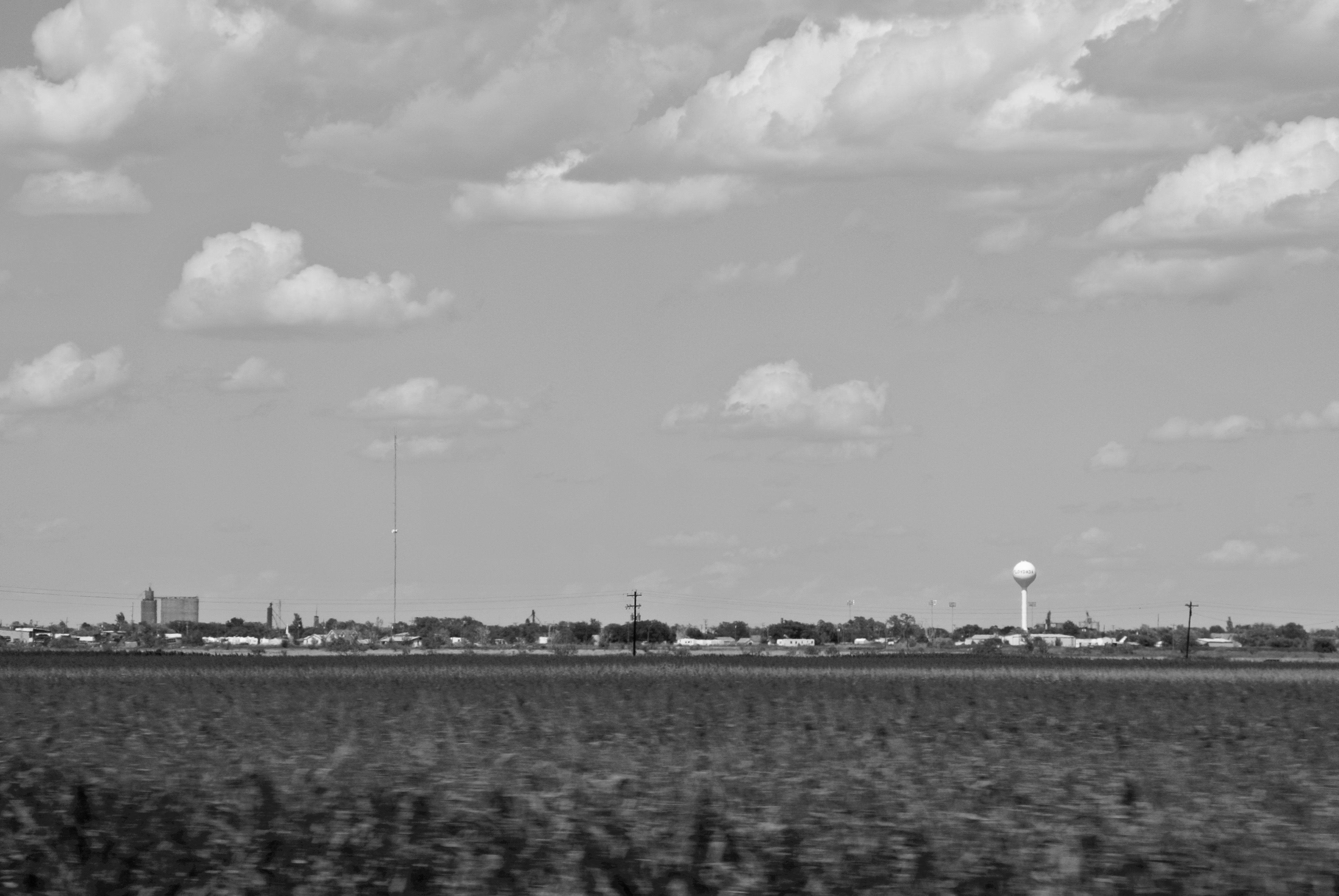 Here’s the view of Main Street from the main entrance.

Where’s Charlie Brown when you need him? Floyd County is pumpkin country. 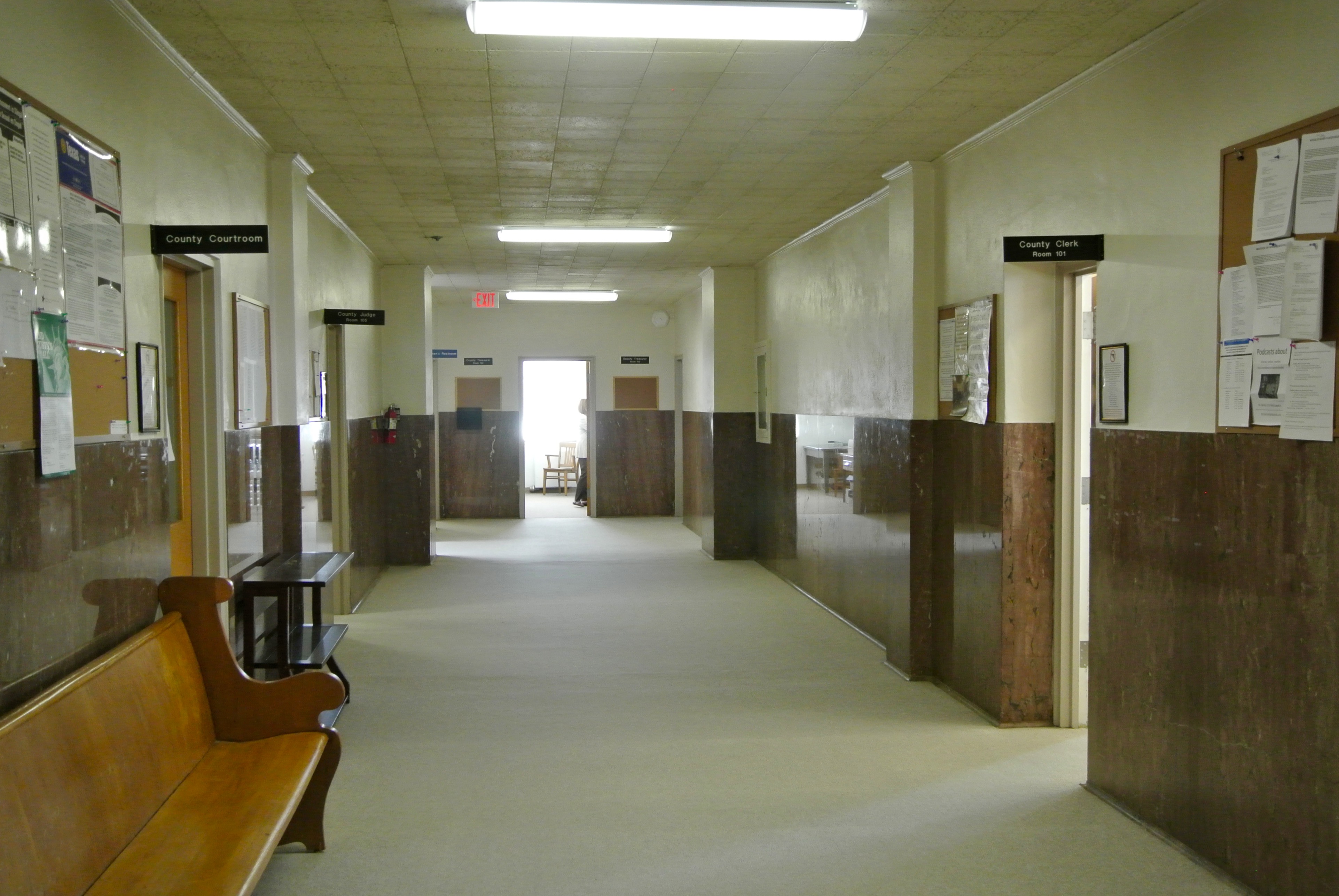 It wouldn’t be a proper courthouse without a Coke machine.

This is the employee parking lot (around the rear of the building), and Floydada’s own Wall Street in the background. This view is from the courthouse’s back entrance.

Out back is also the Floyd County Jail / Sheriff’s Department.

The northeast corner is where you can find the cornerstone.

The northern façade holds no entrance.

However, there is a sizable veterans memorial nearby.

As above, so below

The eastern (and back) entrance

At the southeast corner

The sheriff’s office’s main facility, and the jail in the background

The southern façade (and an aging pavilion)

There, a memorial to pioneer settlers holds the bell from the 1911 courthouse.