“The county covers 948 square miles of broken, hilly land with sandy, gray, and black soils; elevations range between 800 to 1,450 feet above sea level. The county has an average annual rainfall of 30.13 inches and is drained by the Brazos River.”

“In 1856 the Texas state legislature established Palo Pinto County from lands formerly assigned to Bosque and Navarro counties. The county was organized the next year, with the town of Golconda chosen to be the seat of government. The town was renamed Palo Pinto in 1858.”

“By 1880 there were 648 farms and ranches in Palo Pinto County; of these, 476 were operated by their owners, 28 were operated by renters, and 144 were farmed by sharecroppers. Over 9,300 acres in the county were planted in corn, the county’s most important crop at that time, with another 2,425 acres devoted to wheat.”

“In 1880 the Texas and Pacific Railway built through the county, tying the area to national markets and encouraging farming and further settlement; the towns of Brazos, Santo, Gordon, Mingus, and Strawn sprang up along the rail route. In 1891 the Weatherford, Mineral Wells and Northwestern Railway, a twenty-five mile line, also built into the area, bringing eastern traffic to Mineral Wells.”

“Cotton farming in the area declined substantially during and after the 1910s, however; almost 25,000 bales were ginned in 1906, for example, but only 5,300 bales were produced in 1916 and 5,400 bales in 1926. The crop would never again be so important to the area. Boll weevils and other insects forced most farmers to change to peanuts and other crops, including fruits, corn, grain sorghums, and hairy vetch.”

“Oil production in the county during the 1910s helped to diversify the local economy. The first test oil well in Palo Pinto County was drilled in 1901, but the boom did not occur until 1915, when the field near the town of Palo Pinto was opened and became “one of the most productive oil fields in the world,” according to one historian.”

“The county was organized on May 13, 1857, and at the first meeting of the county court (held on August 18 of that year) steps were taken to have Golconda surveyed and laid out. The Golconda post office was established in March 1858. That same year the name of the community was changed to Palo Pinto, and the post office was renamed accordingly in 1860.”

“The first courthouse cost $300 and was built in 1857; a two-story jail was erected in 1858. Joseph H. Dillahunty was the first postmaster and operated the first general store. Some of his early customers included Charles Goodnight and Christopher Columbus Slaughter. Other enterprises included several saloons, a hotel, and a law firm. James H. Baker began the community’s first school in 1858.”

In addition to visiting the “ghost-town-esque” remains of Palo Pinto, I also spent time in Mineral Wells to photograph some of the historic downtown.

“In 1882, just after the Texas Legislature allowed counties to issue bonds for new courthouses, a large sandstone structure was built. It cost $35,000 and exhibited Second Empire styling with a central clock tower. A two story sandstone annex was added in 1906 and connected to the courthouse by an iron bridge. Sandstone for the buildings was quarried south of the city. In 1940 these buildings were demolished and a new courthouse was erected by Work Projects Administration workers. The reinforced-concrete structure featured subtle classical detail and was clad with some of the sandstone from the old buildings. It was completed in 1942 at a cost of $250,000.” 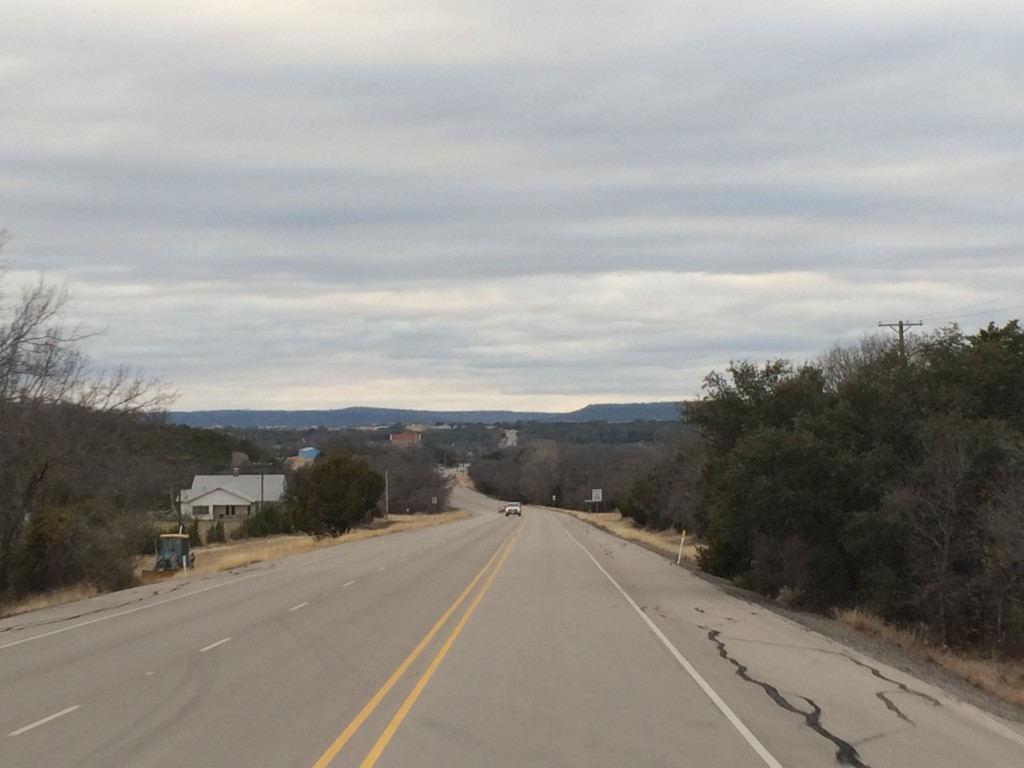 Approaching the town of Palo Pinto 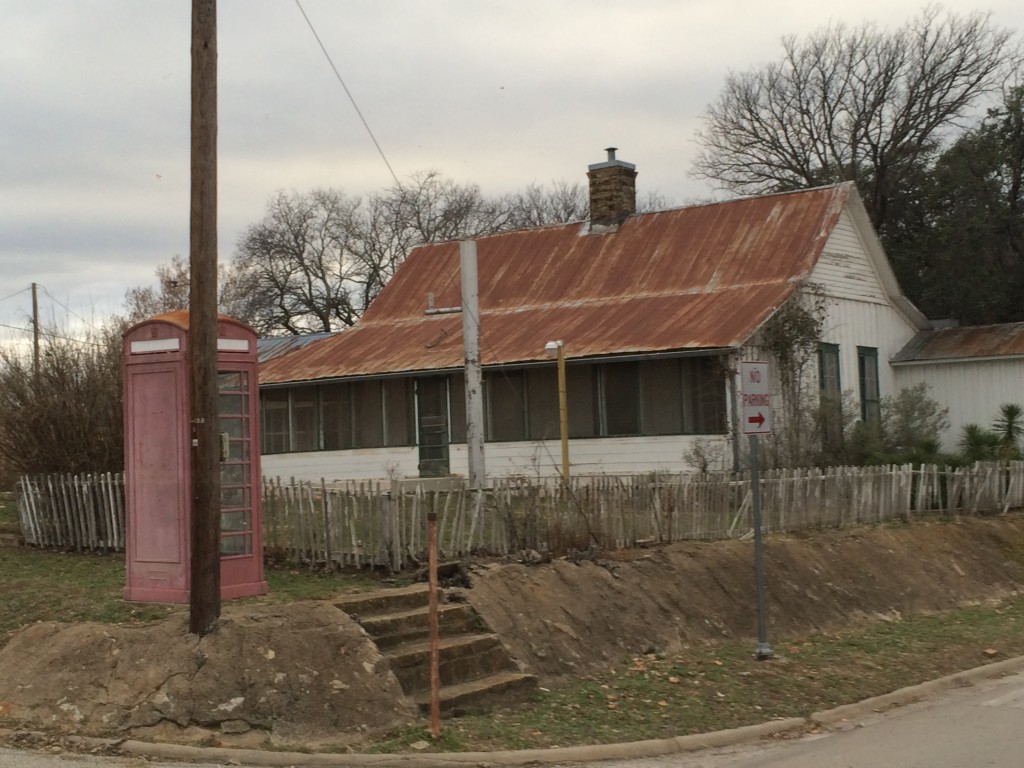 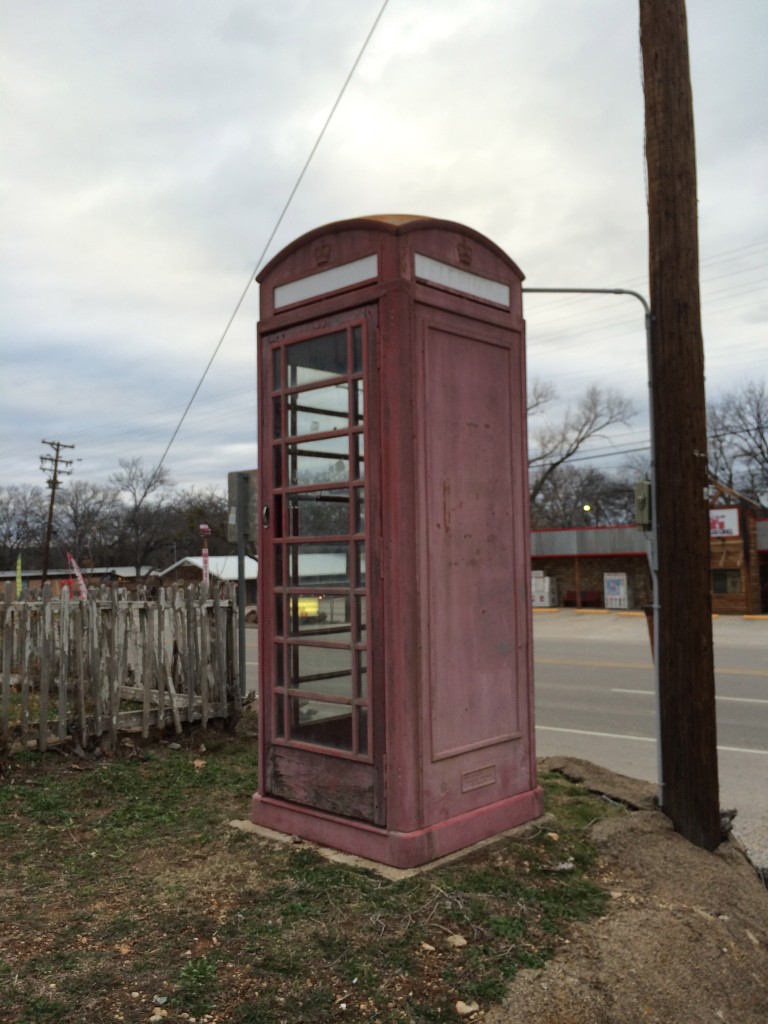 An antique, and presumably out of use, phone booth directly across 6th Street from the courthouse 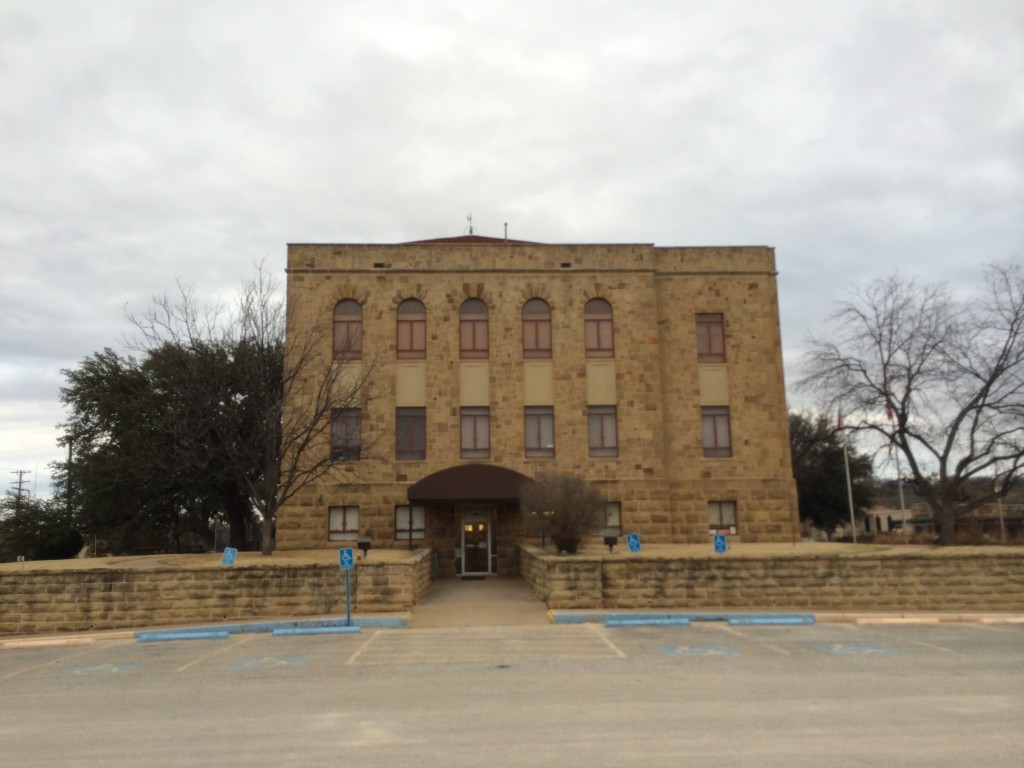 The west side of the building faces 6th street. 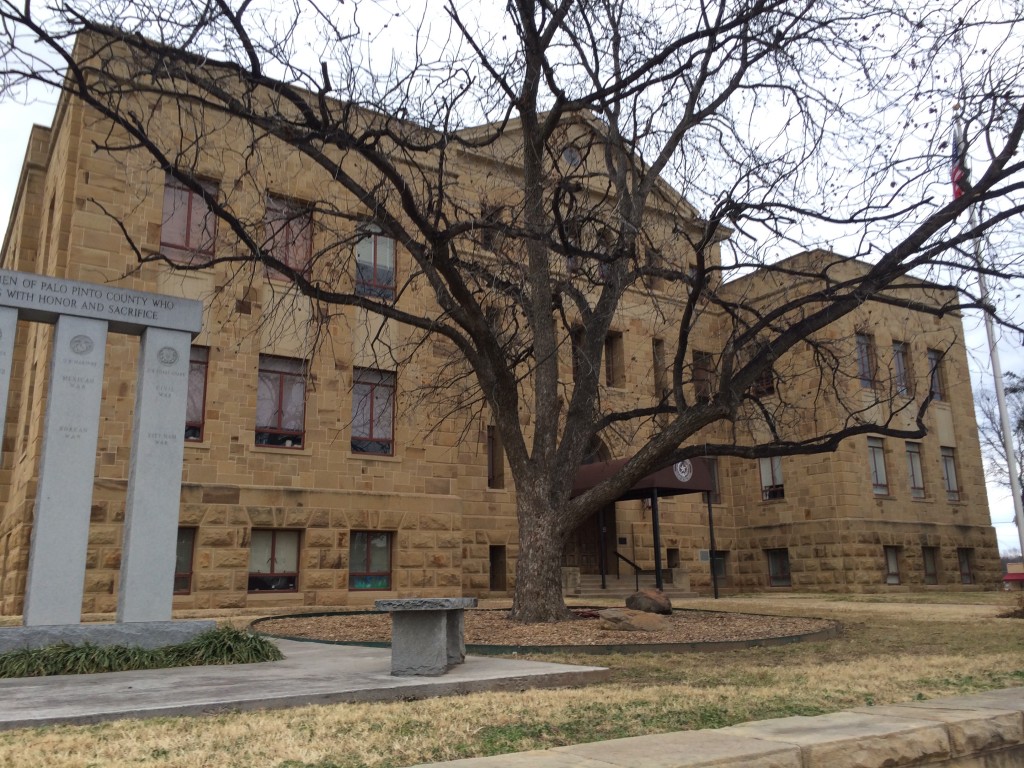 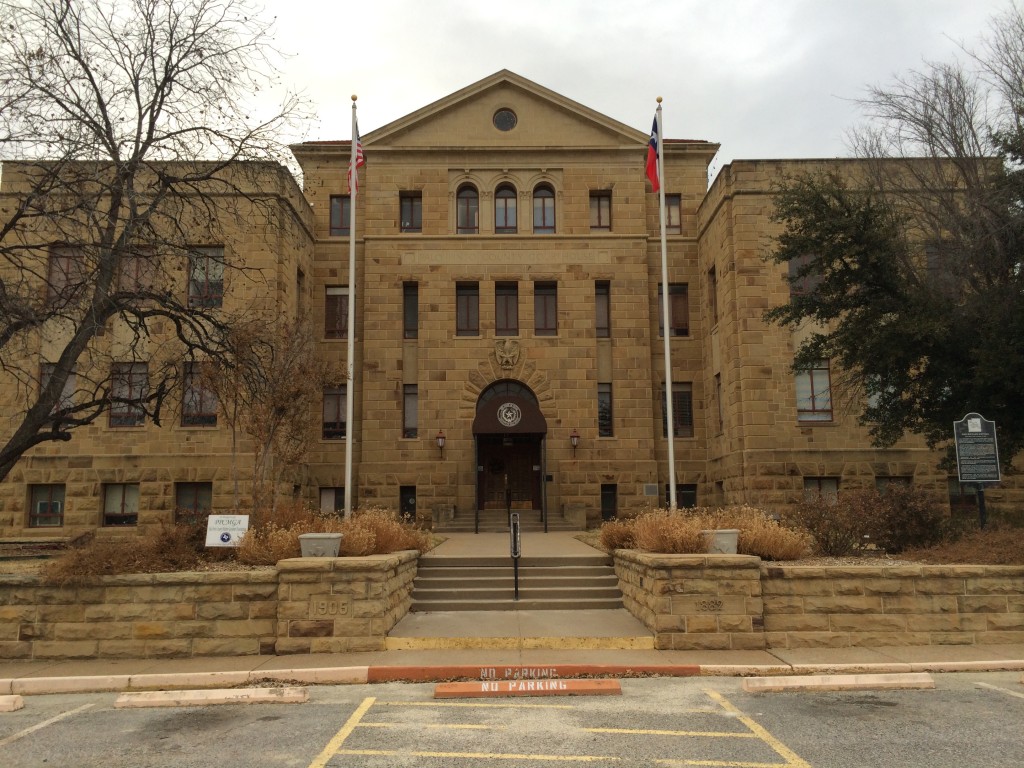 The south side of the building faces Oak Street, the opposite side from the highway. It serves as the main entrance. 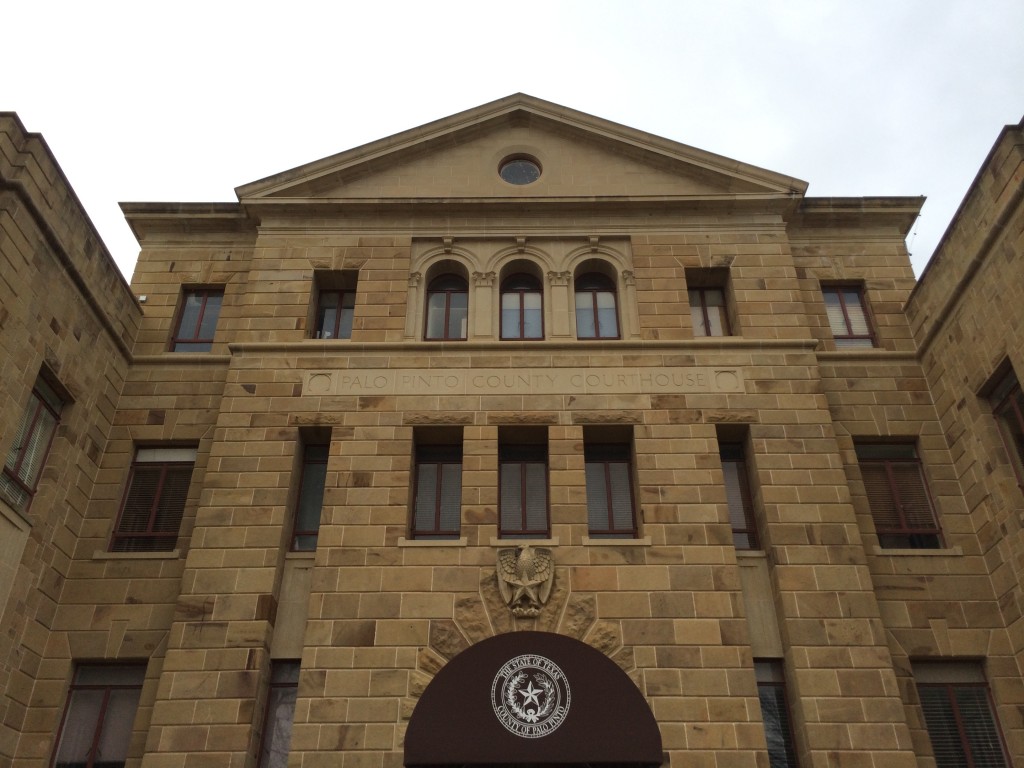 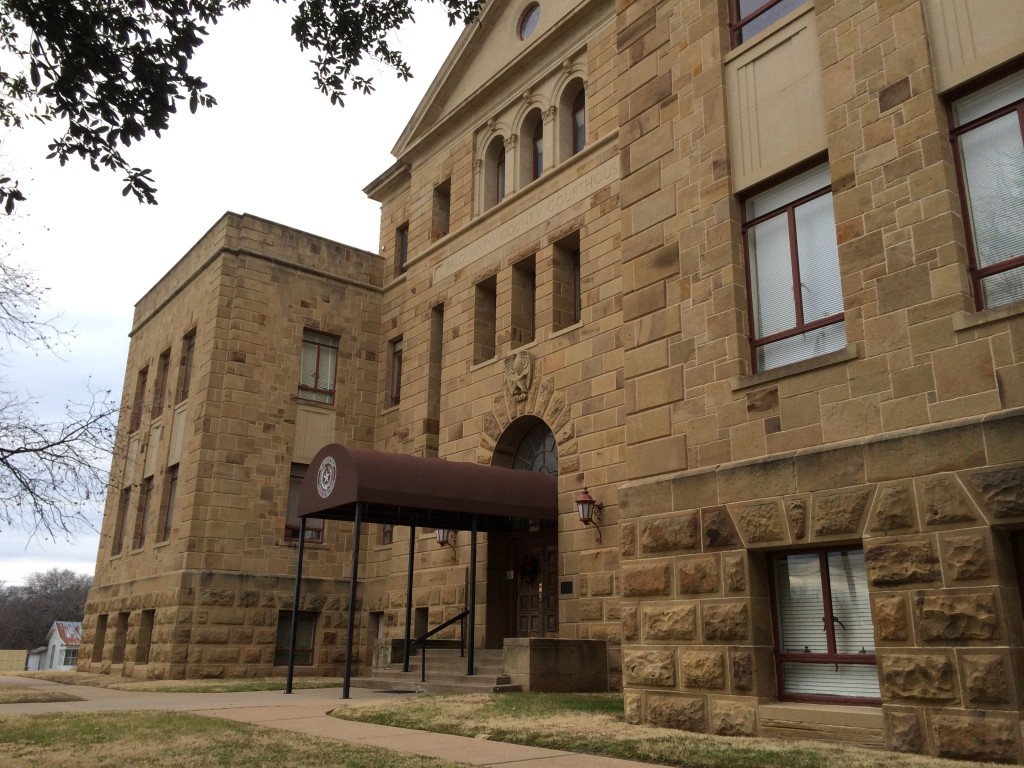 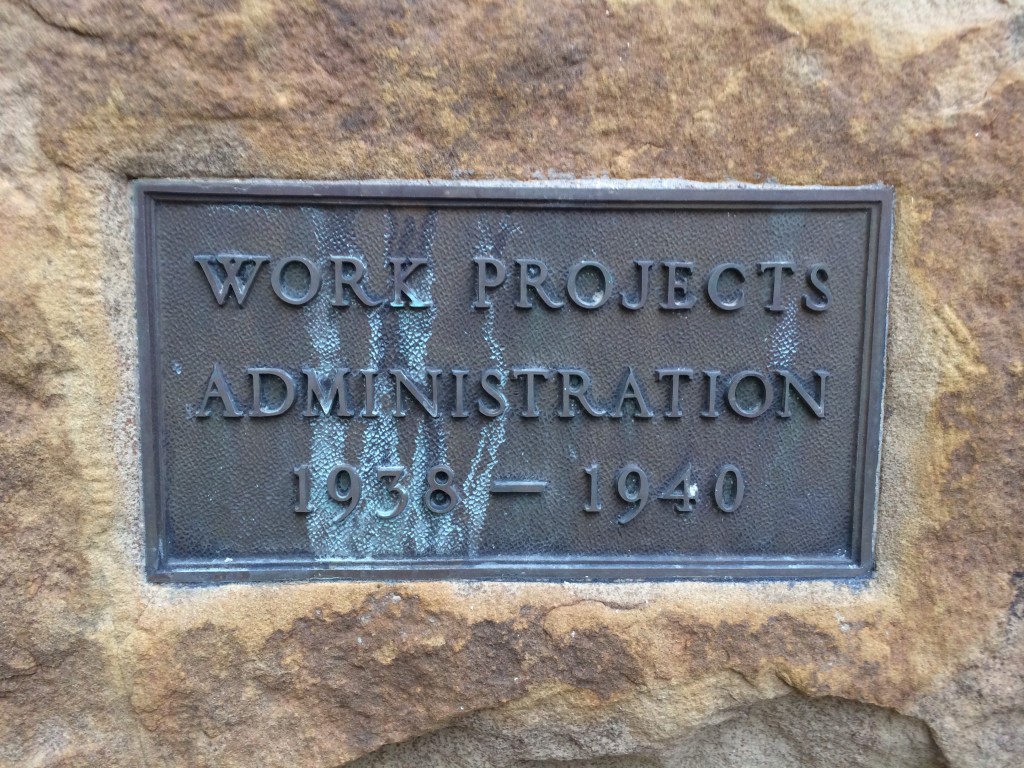 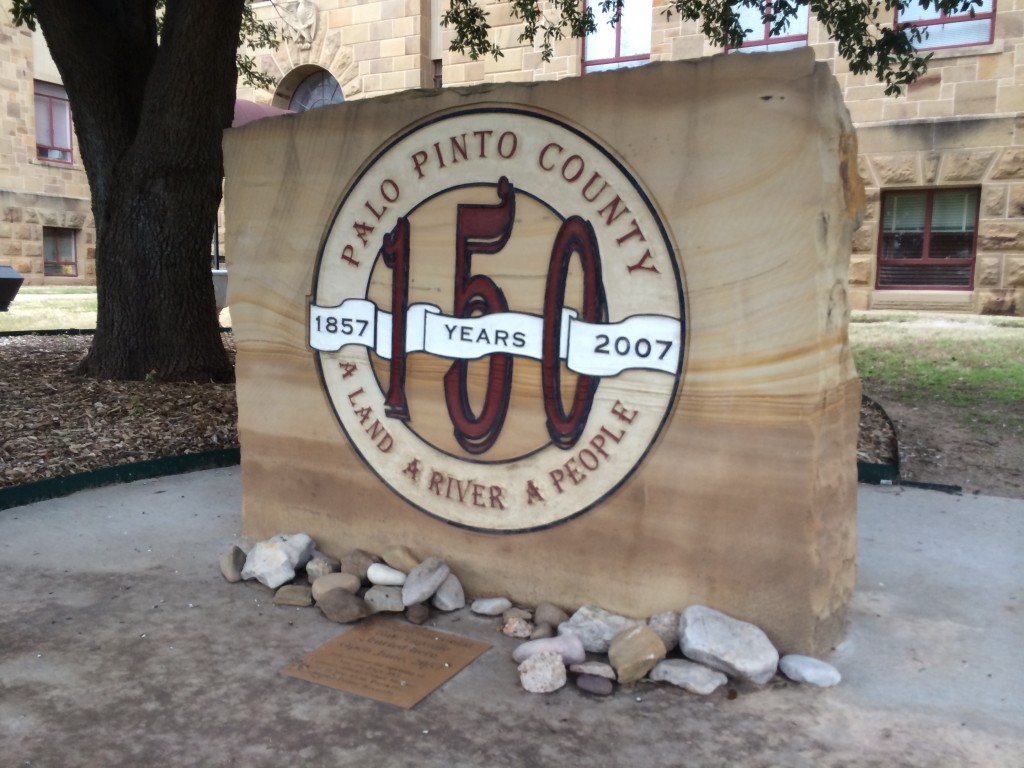 Buildings directly across the street 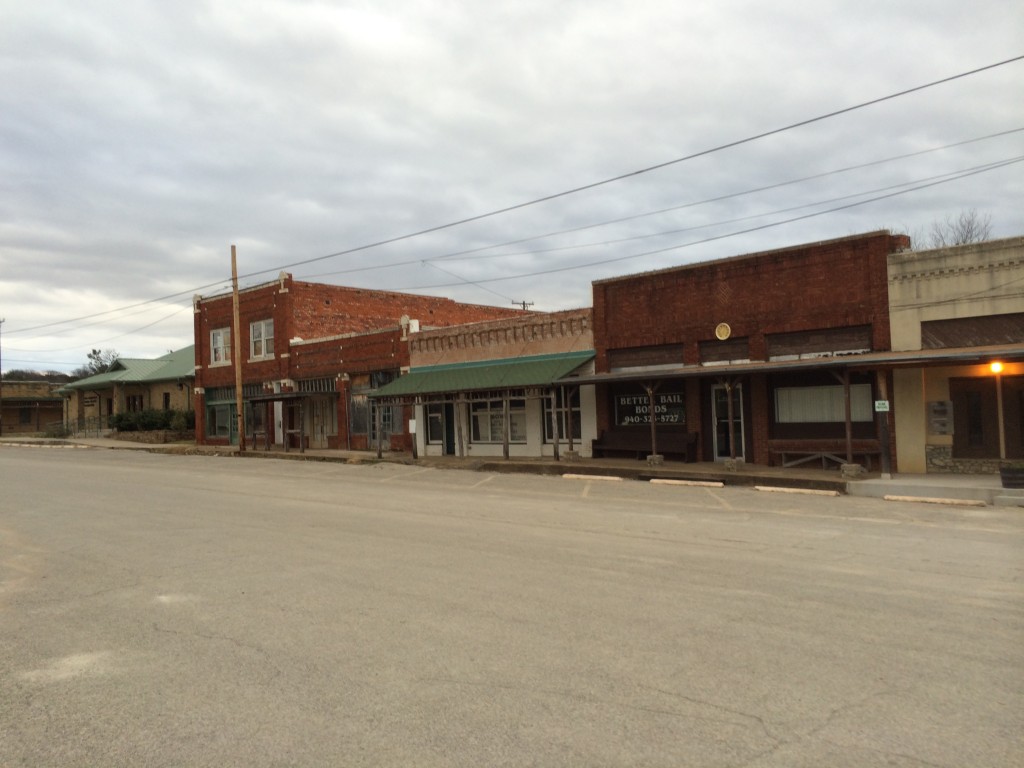 Oak Street scene, the only remnants of any “square” or “main stretch” in Palo Pinto 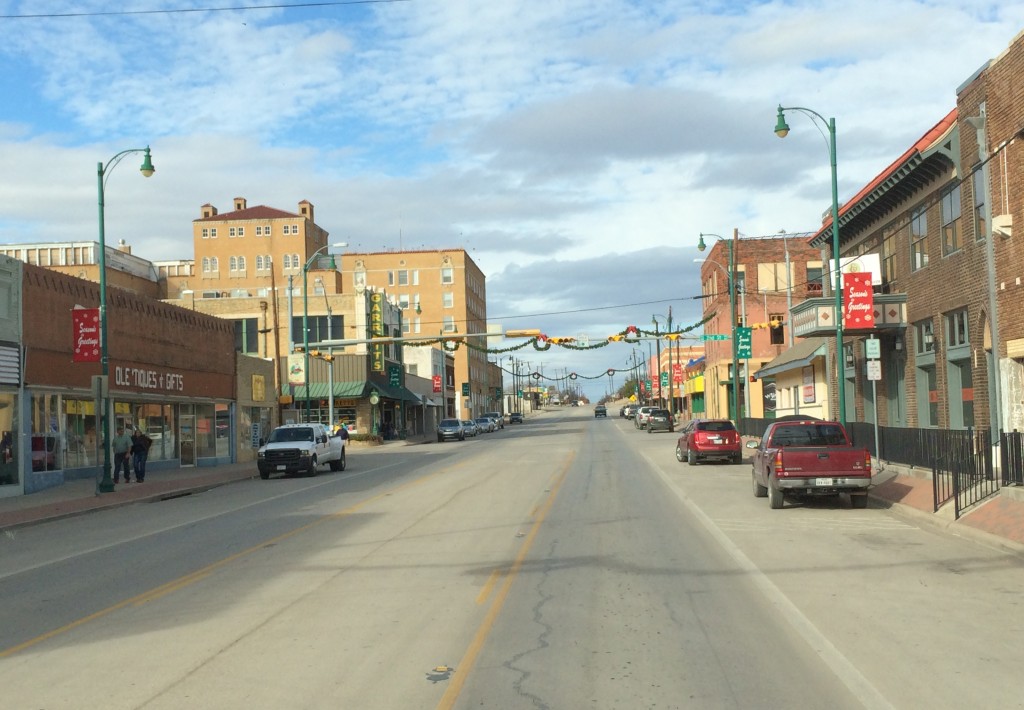 Downtown Mineral Wells; the large building to the left of the picture is the Historic Crazy Water Hotel 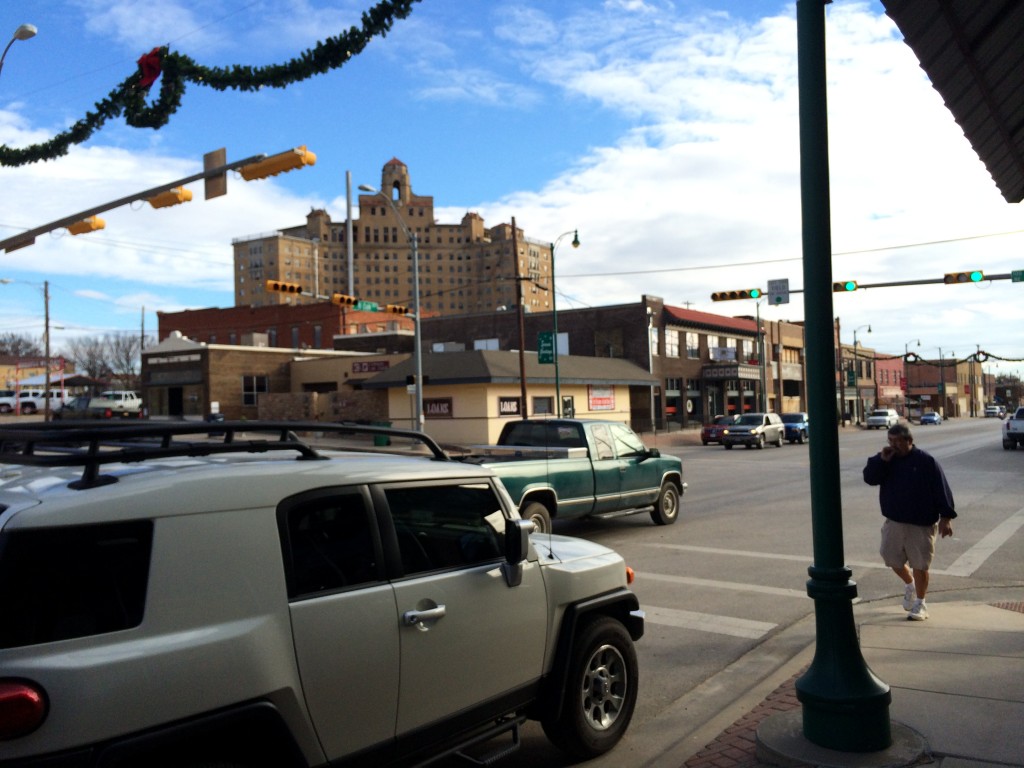 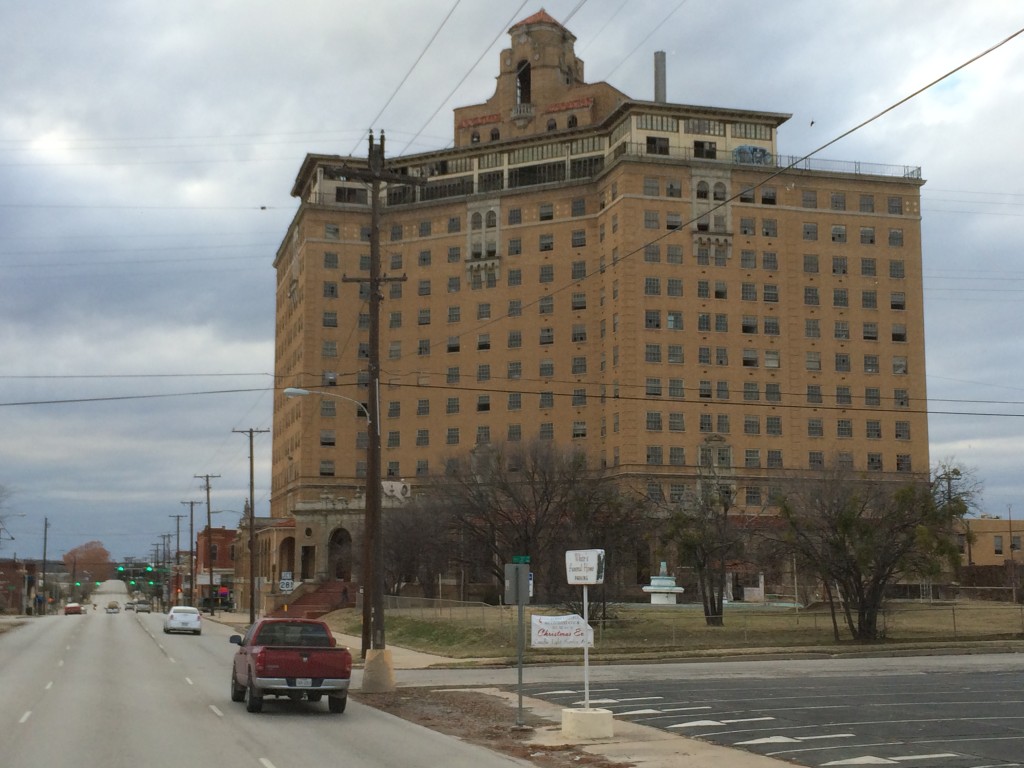 Designed by renowned courthouse architect, Wyatt C. Hedrick, this building was the first skyscraper located outside of a major metropolitan area in the country. Permanently closed in 1972, this most definitely haunted landmark is able to be seen for miles, and now serves as an important landmark of Mineral Wells.