“The county was named for Confederate general Thomas J. (Stonewall) Jackson. It encompasses 926 square miles of the Rolling Plains region of Texas. Its soils range from neutral to slightly alkaline, calcareous sandy loams of dark brown to reddish brown color in the western part, to clay and clay loams in the east. These soils generally support mesquite savanna or bunchgrass, short grasses, and mesquite.”

“Elevations range from 1,500 to 2,400 feet, the latter being the elevation of Double Mountain, one of the outstanding geographical features of the county. Kiowa Peak, in the northeastern corner, and Flat Top Mountain in the southeast were important landmarks to Indians and later to early explorers who traversed the area.”

“The first ranch in the future county was probably established by buffalo hunter John Goff, who grazed 200 heifers on Tonk Creek in the winter of 1873. Later, in 1877, One-Armed Jim (James D.) Reed and his son Paul, of Goliad County, brought in 3,000 longhorn cattle and established the Double Mountain Horseshoe T Cross Ranch on Tonk Creek.”

“Stonewall was one of fifty-four counties formed by the Fifteenth Texas Legislature in 1876 from the Young and Bexar districts. It remained attached to Young County for judicial and all other governmental purposes until March 31, 1887, when it was attached to Jones County for convenience. Stonewall County was still unorganized in 1880, when the census found 104 people, including 91 whites, 10 blacks, and 3 Indians, living there. Settlers moved to the county in increasing numbers during the 1880s.”

At first they settled a few miles south of the site of the present county seat, but they eventually spread to the west and northeast. About the same time, ten families settled on the east side of the county and established the community of Hooker. In 1888 the residents of the county petitioned the Jones County Commissioners Court to hold an election for the organization of the county. The balloting took place on December 20 of that year. However, the question of the county seat had been omitted from the ballot.” 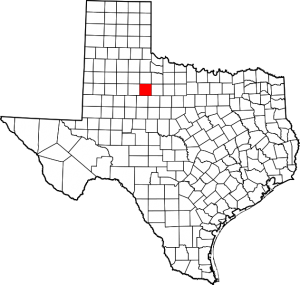 “On June 12, 1889, W. E. Rayner granted land for a townsite, and the new town of Rayner became the county seat. The courthouse, a large stone building, was built the following year. By 1890 there were 1,024 people living in the county. The agricultural census for that year found 144 farms there, encompassing more than 23,000 acres, 6,758 acres of which was classified as “improved.” The cattle industry dominated the local economy.”

“As the county’s population continued to expand in the 1890s, the placement of the county seat became a source of local controversy. A. L. Rhomberg had secured a patent in February of 1889 and platted a town, Aspermont, which was closer than Rayner to the center of the county. Beginning in 1892 the citizens of Aspermont made several attempts to make their rapidly growing town the county seat, and finally succeeded after an election held in June 1898. The controversy did not really end, however, until March 1900, when a contract to build a new courthouse in Aspermont was signed. Rayner soon ceased to exist.”

“By 1900 the population of Stonewall County had increased to 1,024 and crop farming was beginning to become established in the area. There were 381 farms and ranches in the county that year. More than 4,000 acres planted with corn produced more than 106,000 bushels; 3,800 acres planted with cotton produced 804 bales. Smaller crops of wheat and oats were also grown in the area. Cattle ranching dominated the county’s economy and culture in 1900, however, when almost 37,000 cattle were reported in Stonewall County.”

“Though oil had begun to be produced in the county in 1938, as late as 1948 production totaled only about 18,000 barrels. By 1956, however, the county’s oil production had jumped to almost 10,254,000 barrels. Though production declined in later years, oil helped to stabilize and diversify the local economy.”

When I originally came to the area in the summer of 2013, I had no knowledge of the ghost town of Rayner, located in the southeast Stonewall County. There, the 1890 courthouse still stands, the only structure left in the town. When I returned to Stonewall County in November 2013, I was eager to visit Rayner. 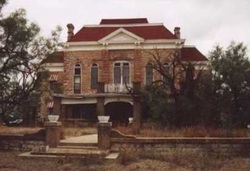 This building was designed by Martin, Byrne, and Johnson. I have read that the contractor of the structure was actually the town’s founder, W. E. Rayner, though I don’t know how correct that is. It was abandoned shortly after the county seat moved to Aspermont in 1898. John Baldwin, the owner of nearly 21,000 acres around the Rayner townsite, eventually purchased the building and moved into it as a home. His descendants lived in it until 2002. In 2010, the property and courthouse went up for auction, and besides knowing that it still stands, I know nothing else about the fate of this historic place. 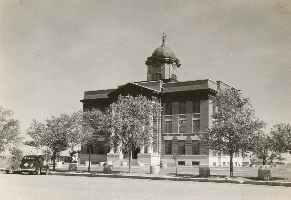 The building was a Classical Revival design of Elmer G. Withers. It underwent an extensive restoration in 1955 that removed the tower, but eventually the whole courthouse was demolished before the construction of the current building.

Mills and Davis served as architects for this modern courthouse.

Upon my return to Stonewall County, I visited the Rayner Courthouse first. 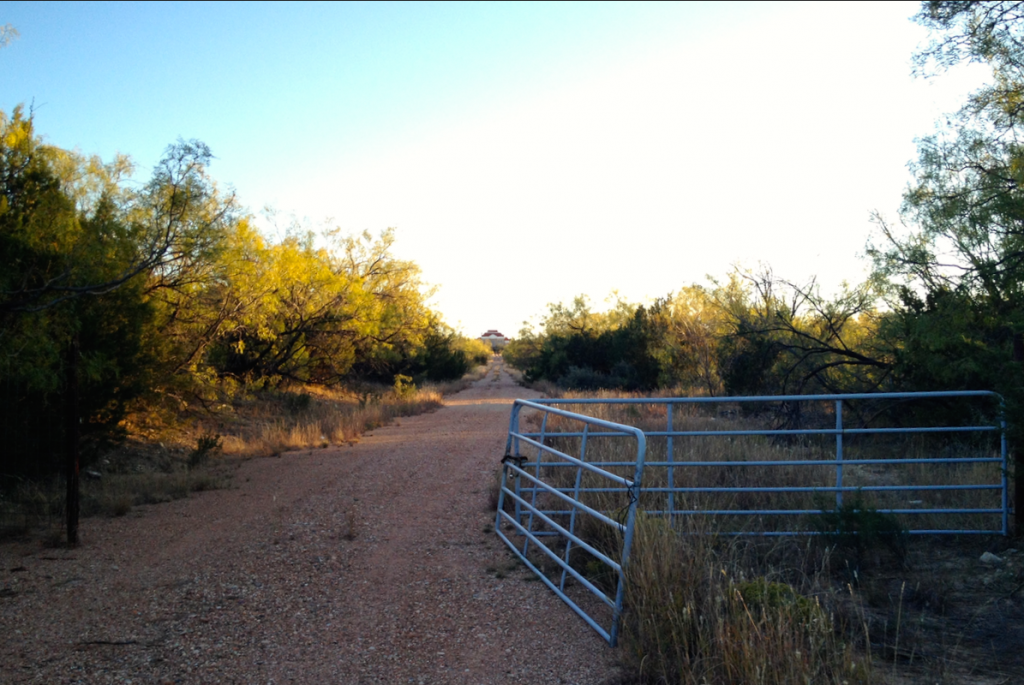 When traveling to Aspermont from Haskell on Highway 380, the road leading to the courthouse is nearly missed. It is small, gravel, and unmarked. While the gate is open in this picture, the Rayner courthouse and grounds are now private property and we didn’t want to trespass.

…CR 16 is about a quarter of a mile from the courthouse road turnoff. If one takes that, and is not opposed to “off-roading” back to the west, you can approach the rear of the courthouse and get fairly close. 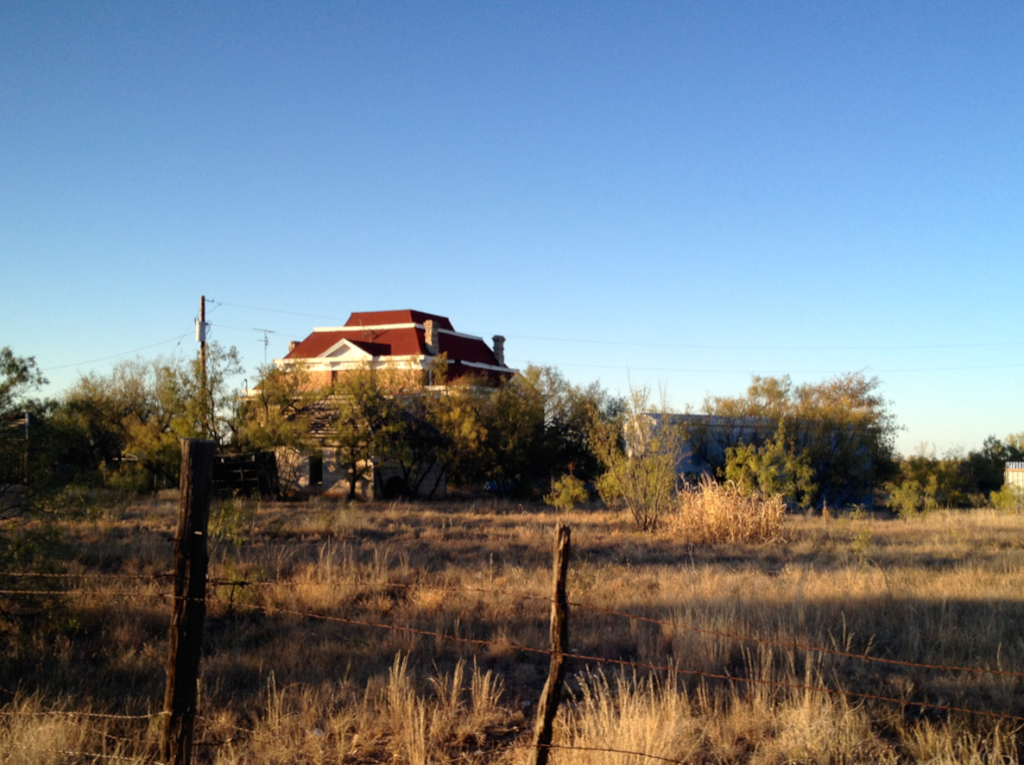 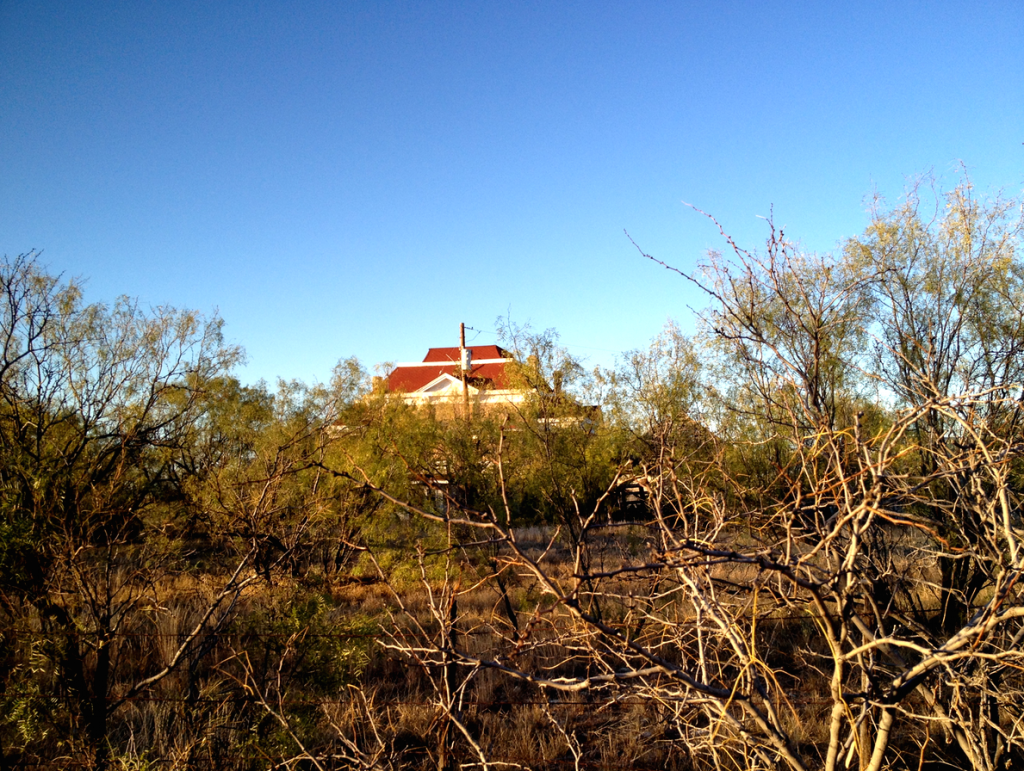 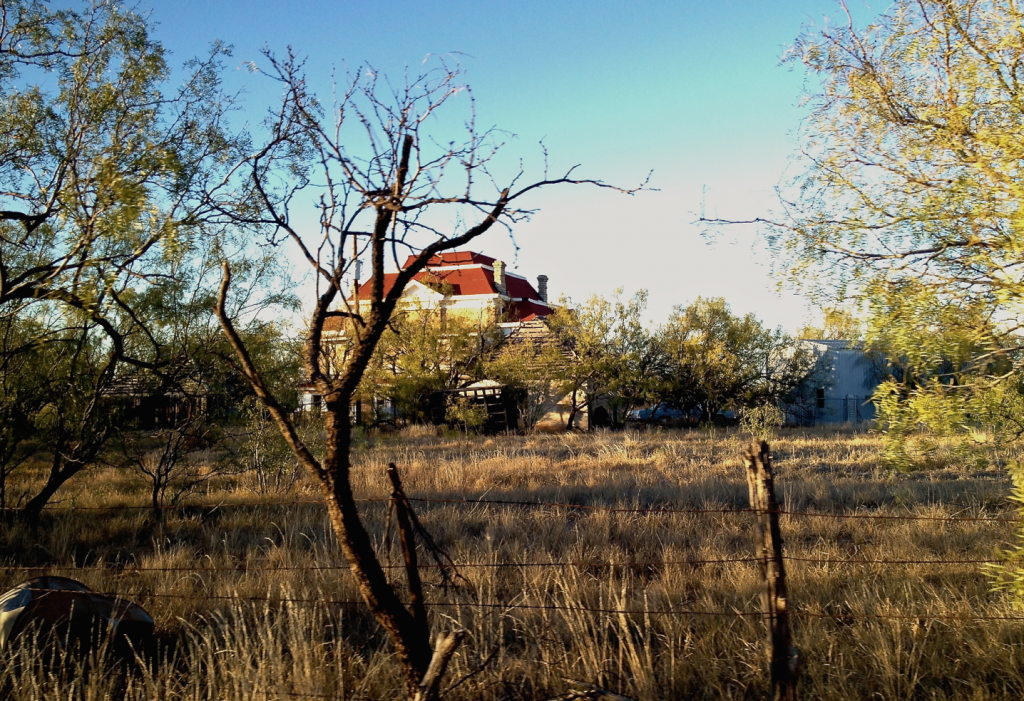 A few noises could be heard coming from the direction of the courthouse, but whether or not it was people making those noises, I don’t know. I cannot attest to if the grounds are inhabited or not, but we didn’t feel like taking chances on trespassing. 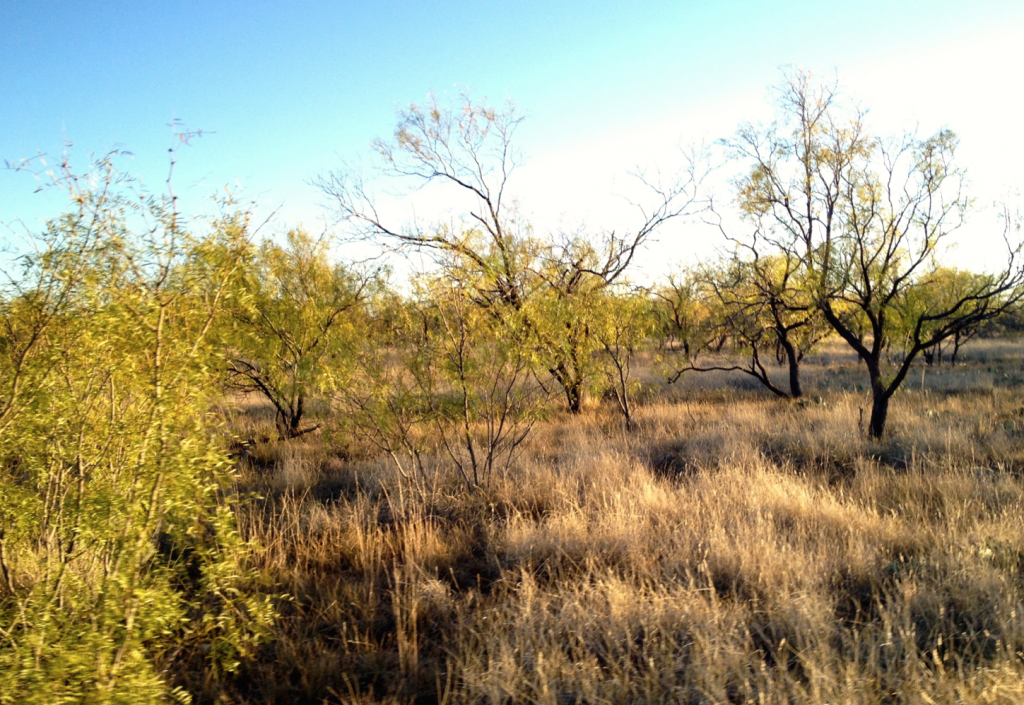 Rayner has long been lost among this terrain.

In eastern Stonewall County’s sea of rolling prairie, the lone building sticks out like a sore thumb.

Entering Aspermont on Highway 380 from Jayton 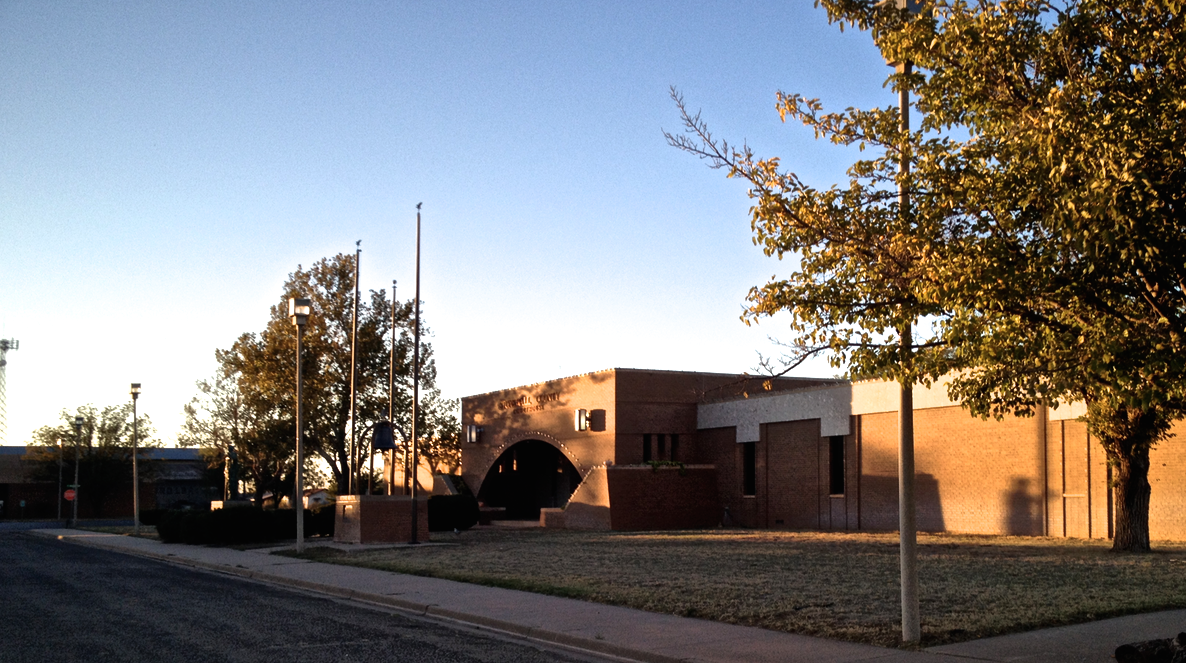 The courthouse is a one story, modern shell. 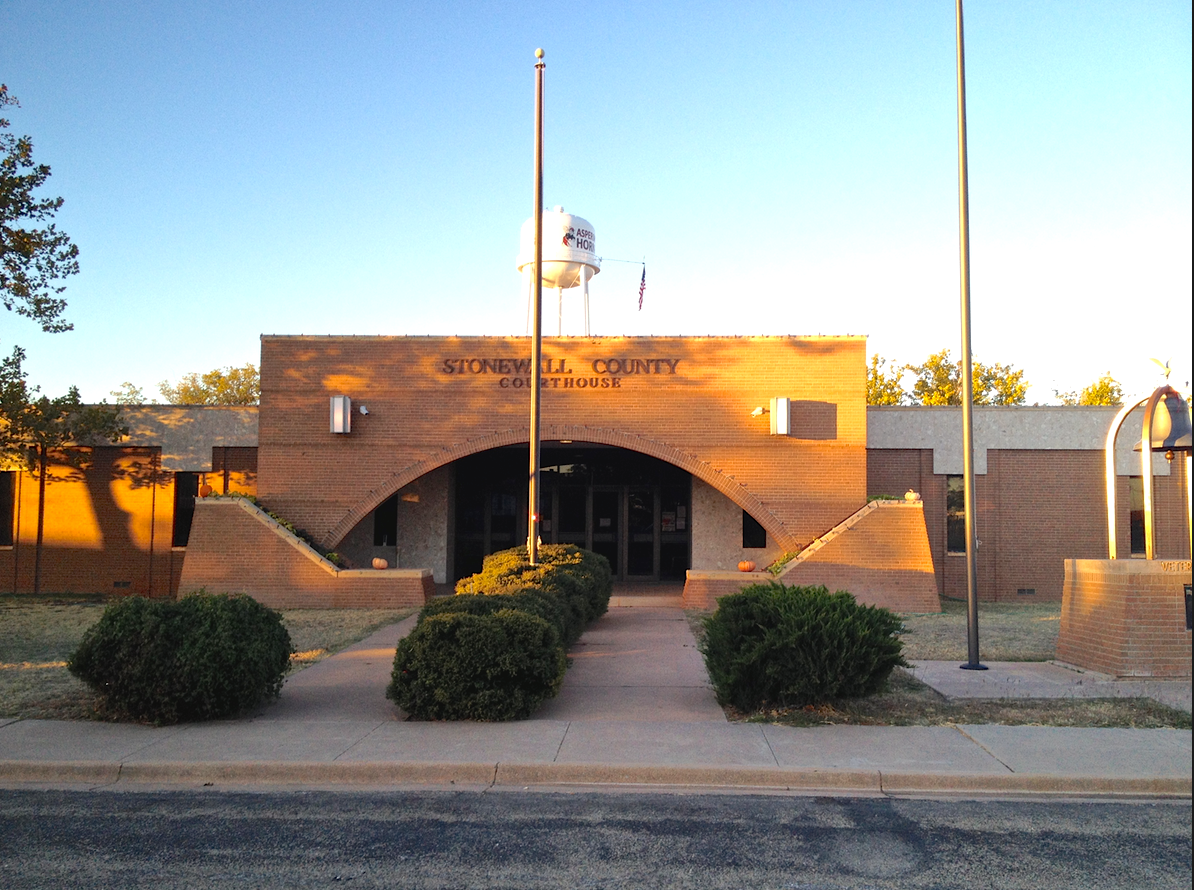 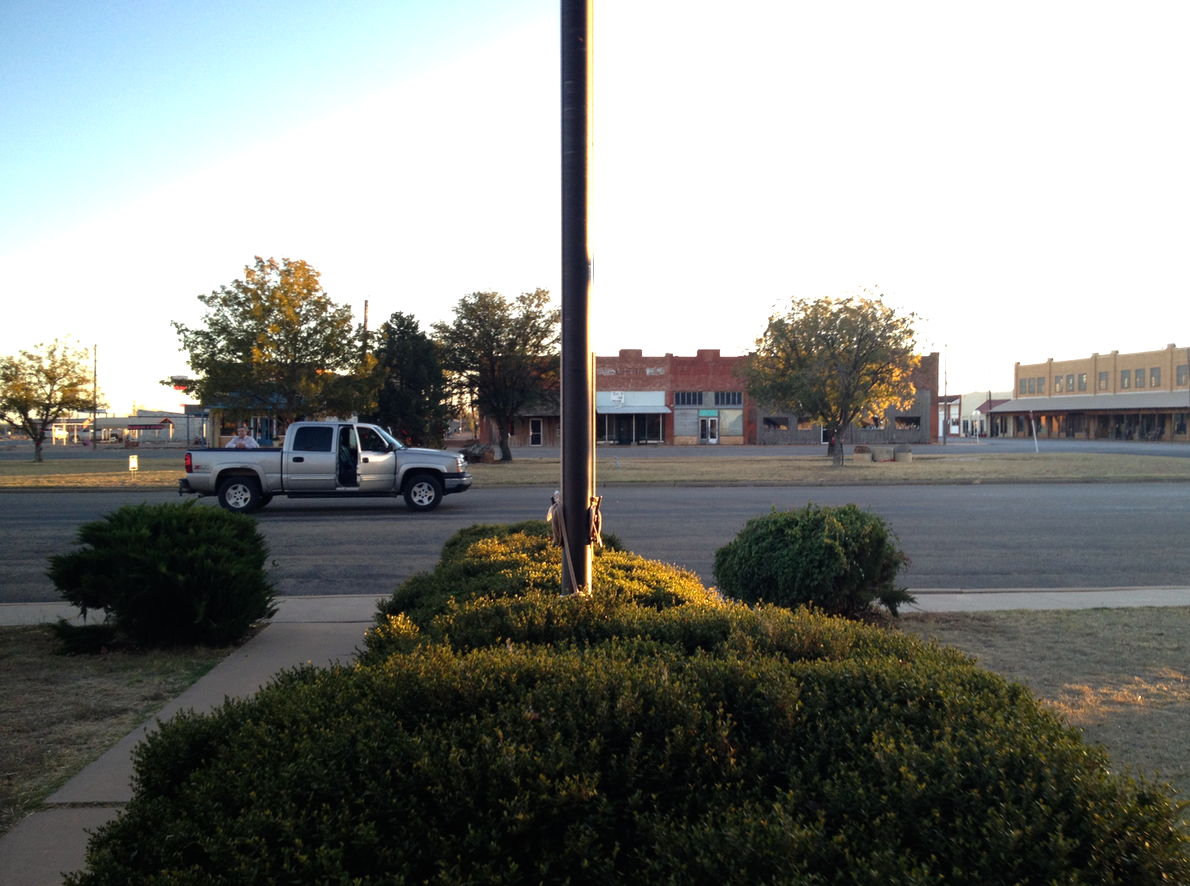 View from the south entrance 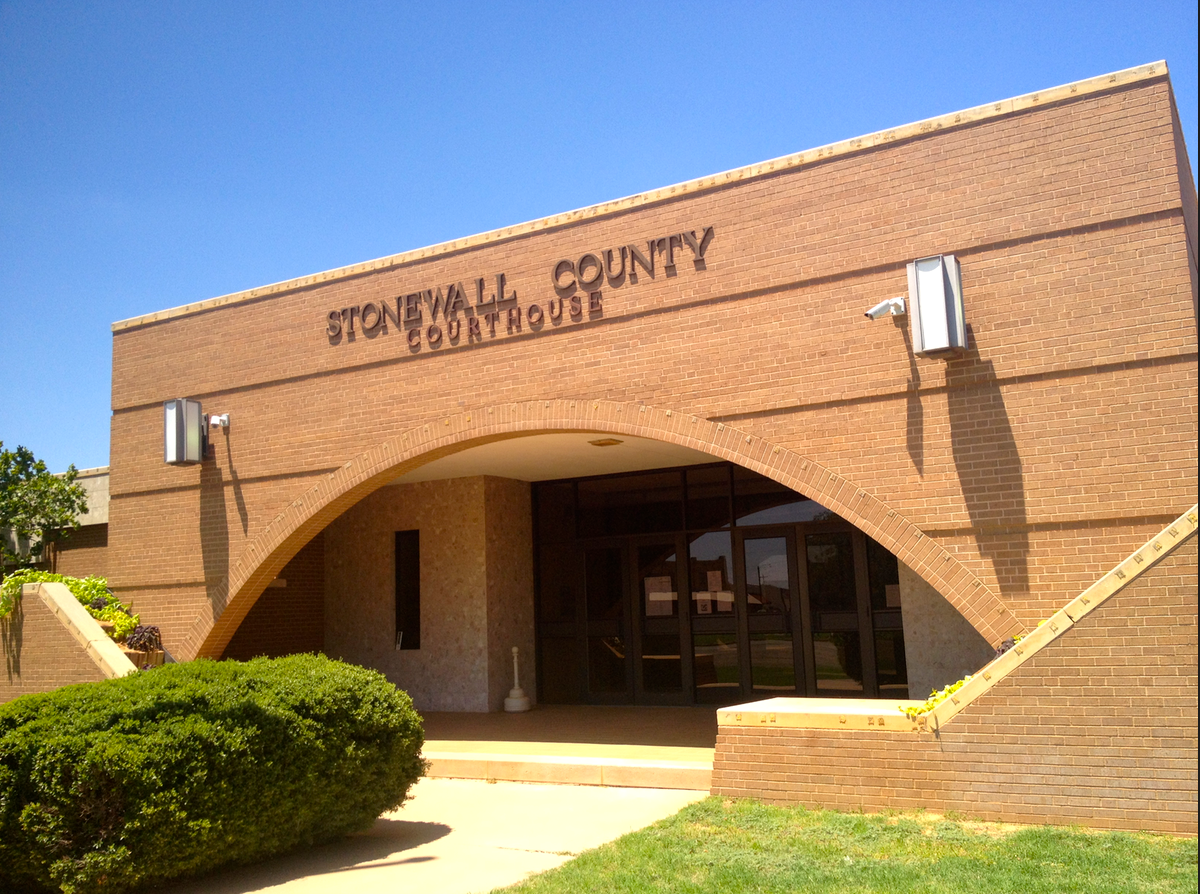 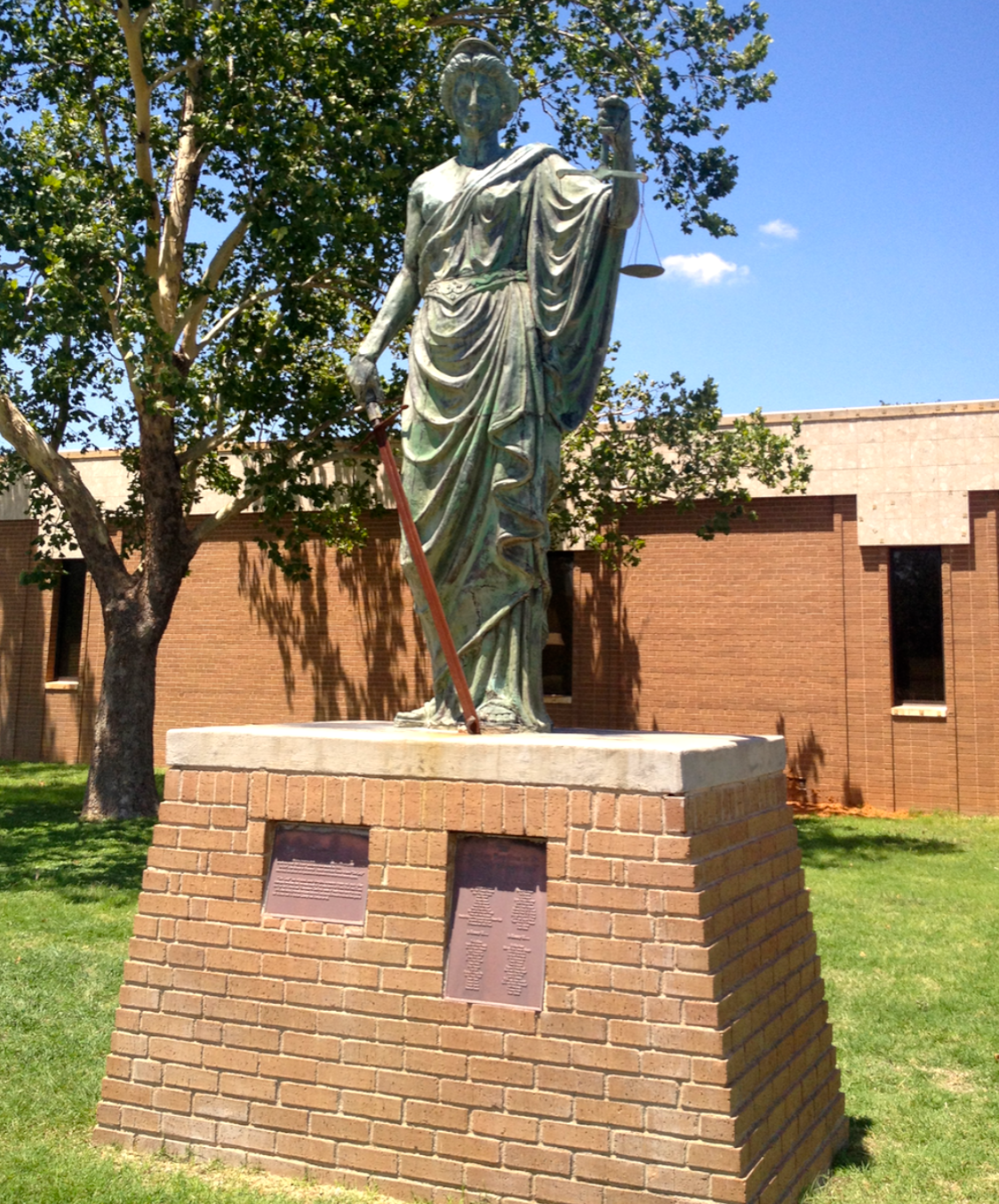 Lady Justice was removed from the 1911 courthouse before its demolition and put on display here. 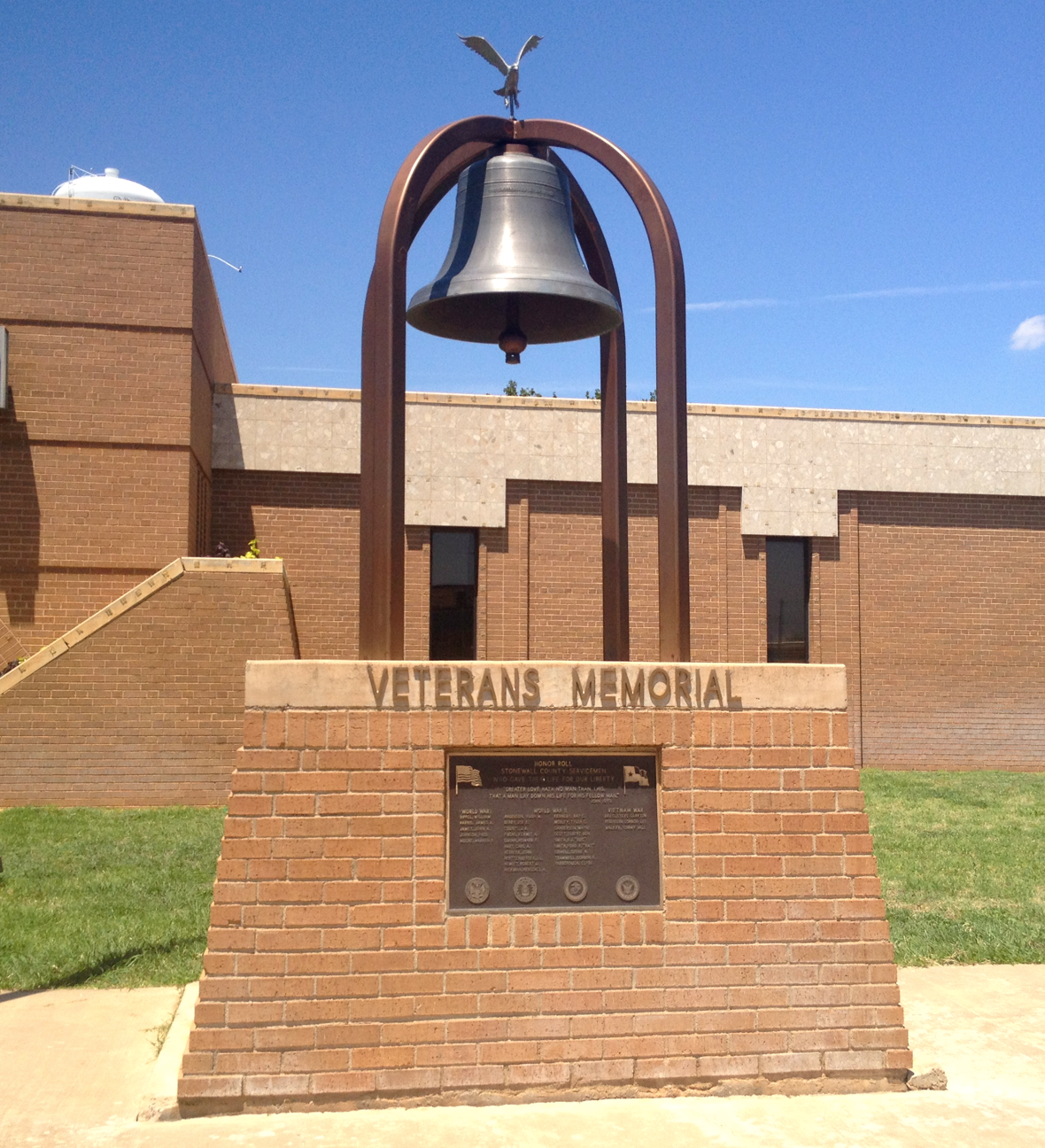 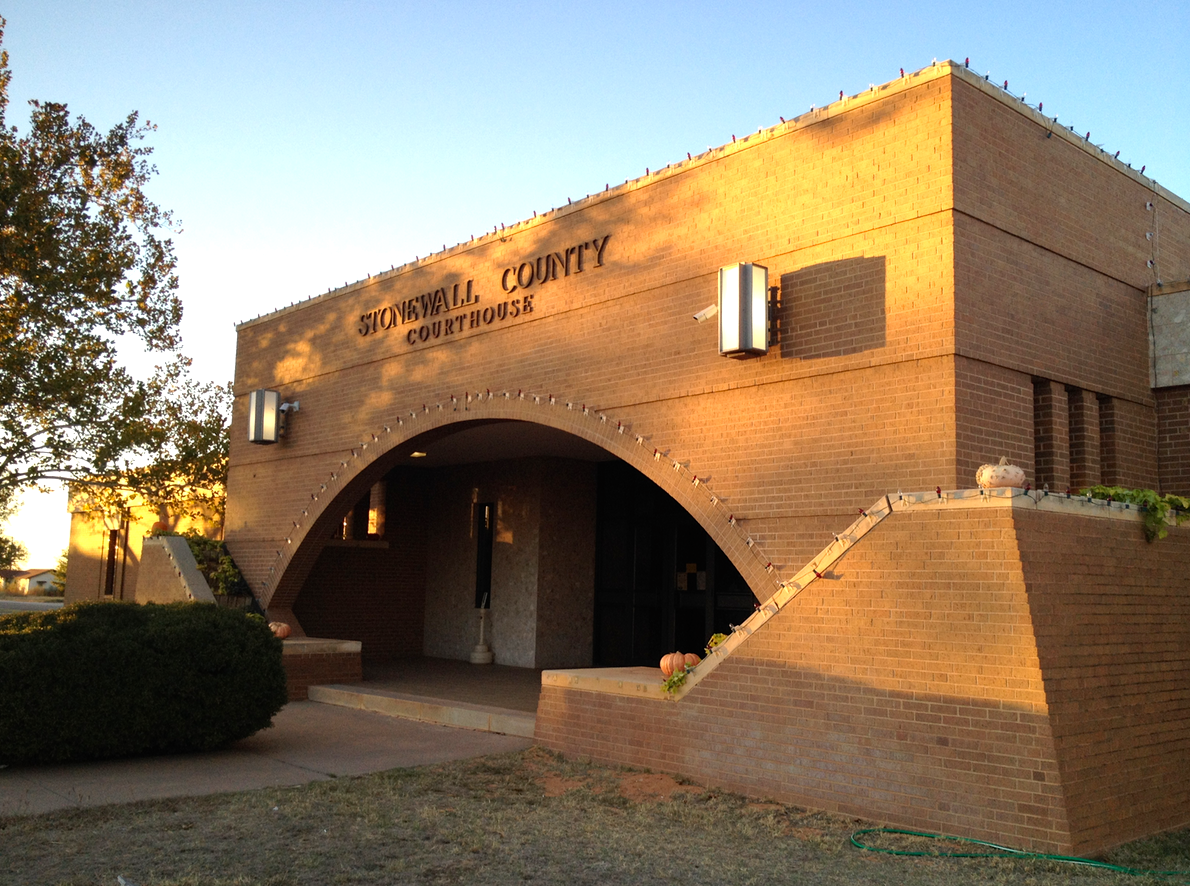 The courthouse was decorated for Thanksgiving and Christmas when I photographed it in November. 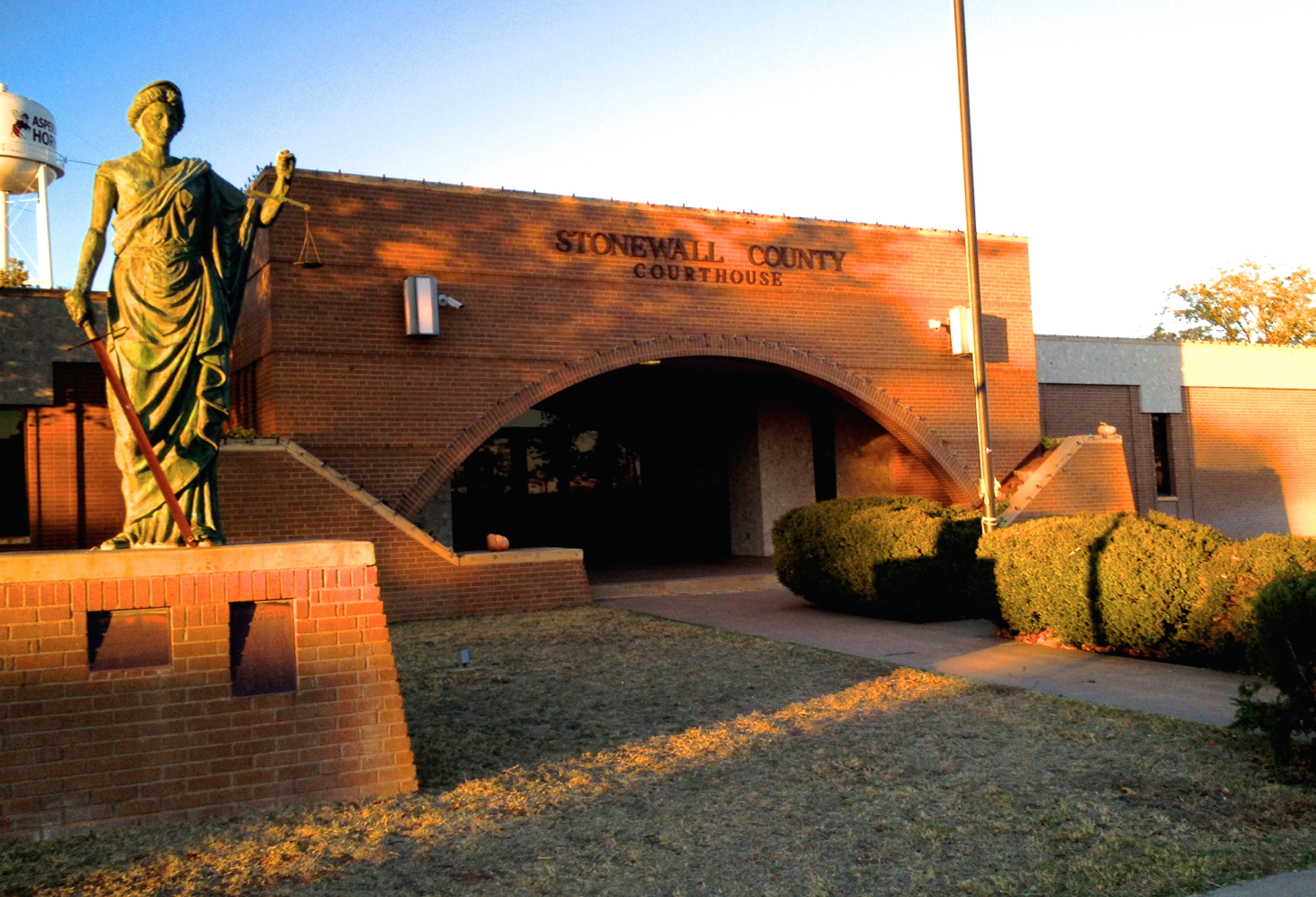 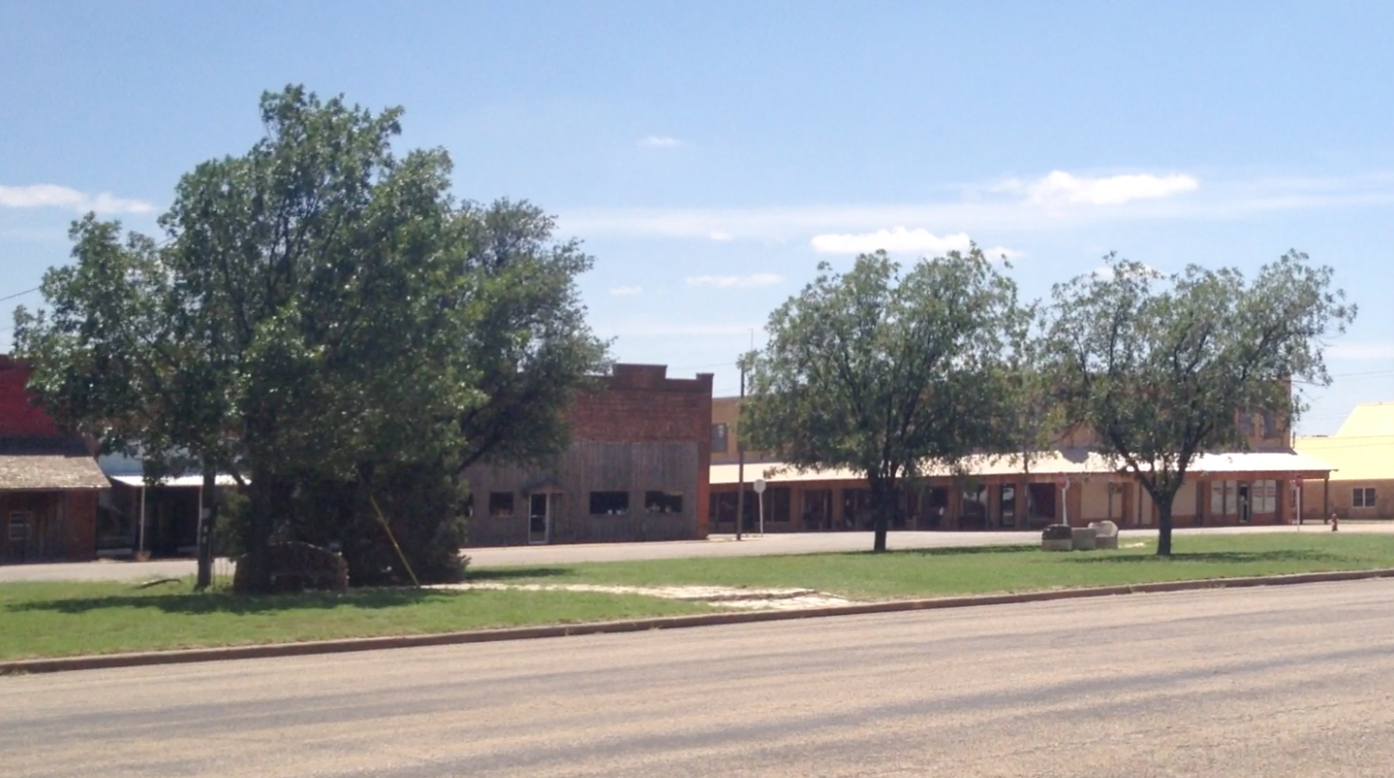