“[Wichita C]ounty comprises 606 square miles, most of which lies in the eastern part of the Central Texas Rolling Red Plains. The extreme southeastern corner, however, is in the Central Texas Rolling Red Prairies. The Rolling Plains vegetation includes mid to tall grasses, mesquite and shinnery oak trees, and cottonwood, elm, hackberry, and pecan trees along the streams. The county’s terrain consists of rolling plains with rounded slopes and shallow, comparatively broad valleys.”

“Mabel Gilbert, a pioneer of the settlement that became Dallas, became Wichita County’s first permanent Anglo-American settler when he built a house on a bluff above the Red River, ten miles north of the site of present Wichita Falls, in 1855. Although Native Americans twice drove him from his isolated farm, in 1855 and 1862, he returned in 1867 and died there three years later.” 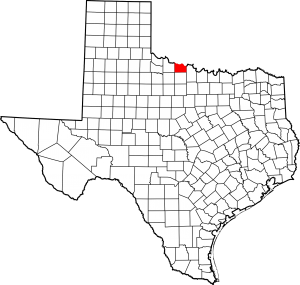 “Wichita County was established by act of the Texas legislature on February 1, 1858, from the Cooke Land District, and was attached to Clay County for judicial purposes. The new county was named for the Wichita Indians, and settlement was hindered by Indian attacks. Most of the area’s Anglo-American pioneers arrived after 1870, when school lands were purchased to become cattle ranches, which have remained an important part of the economy.”

“Wichita County remained unorganized and sparsely inhabited until after 1880, when its population reached 433. On June 7, 1882, Robert E. Huff, a recently arrived attorney, presented a petition bearing 150 signatures—some of which allegedly were fraudulent—to the Clay County commissioners court seeking independence for Wichita County. Elections for county officers took place on June 21 of that year. Wichita County’s population increased relatively rapidly during the decade after its organization, rising to 4,831 in 1890. The population was predominantly Anglo-American.”

“The extension of the tracks of a number of rail lines into the county greatly facilitated growth. The Fort Worth and Denver City Railroad reached the tiny settlement of Wichita Falls from Fort Worth in September 1882. This connection ensured the existence of Wichita Falls, which adopted the date of the arrival of the first train, September 26, 1882, as its birthday. Additional railroad-building activity resulted, in large measure, from the efforts of two Wichita Falls businessmen, Joseph A. Kemp and Frank Kell.”

“J.A. Kemp also played a pioneering role in the development of the county’s water resources. His efforts toward establishing permanent water sources for the area resulted in the formation in 1901 of Lake Wichita, which provided irrigation and drinking water for Wichita Falls and the surrounding area, and an amendment to the state constitution, which allowed the sale of municipal bonds to finance water conservation and irrigation districts.”

“Oil was found seeping into area water wells as early as 1901, and a small well was brought into production in 1910. In 1911 the Electra oilfield was opened. By 1918, following major discoveries near the community of Burkburnett, the county found itself in the midst of a full-scale oil boom. By 1940 the county had become Texas’s most productive and active oil county, having produced 320,000,000 barrels of oil.”

“During the 1930s and 1940s the dislocations caused by the Great Depression and World War II brought on a population decrease, and while the number of farms operating declined only slightly, the total value of these farms fell by 50 percent. The number of cattle raised declined by 50 percent from 1920 levels, and cotton production tumbled to 6,500 bales in 1940. The federal government sought to assist the county through the Wichita Valley Farm project, a ninety-three-unit farm or relocation facility.”

I was the guest of Wichita County and Wichita Falls on January 8, 2011 and returned to rephotograph the courthouse on May 17, 2014. 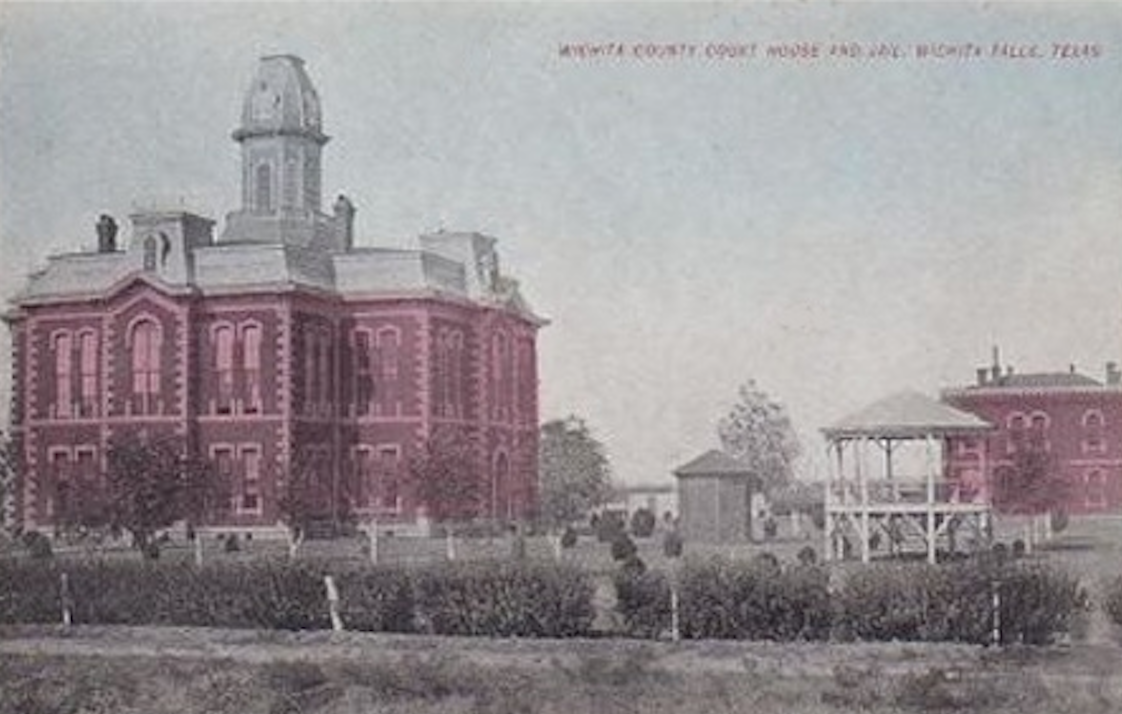 At present, I know very little about this courthouse except that is was razed sometime before 1916, when the ancestor of the current building was created. 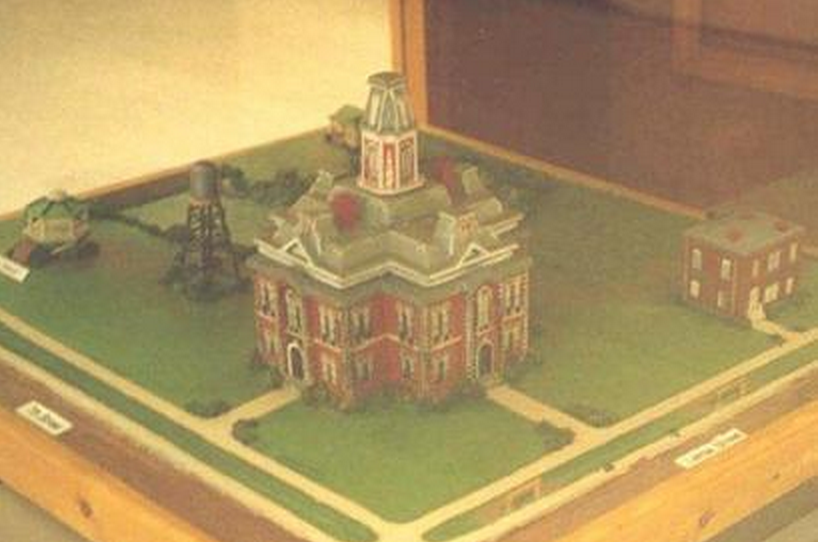 The Texas Escapes website attests that this model of the 1886 courthouse and jail is present near the current building’s main entrance. As the courthouse was closed at the time of my visit, I cannot confirm if it is still on display. I can confirm, by looking at the picture, that Wichita County made a huge mistake in getting rid of this nice building. 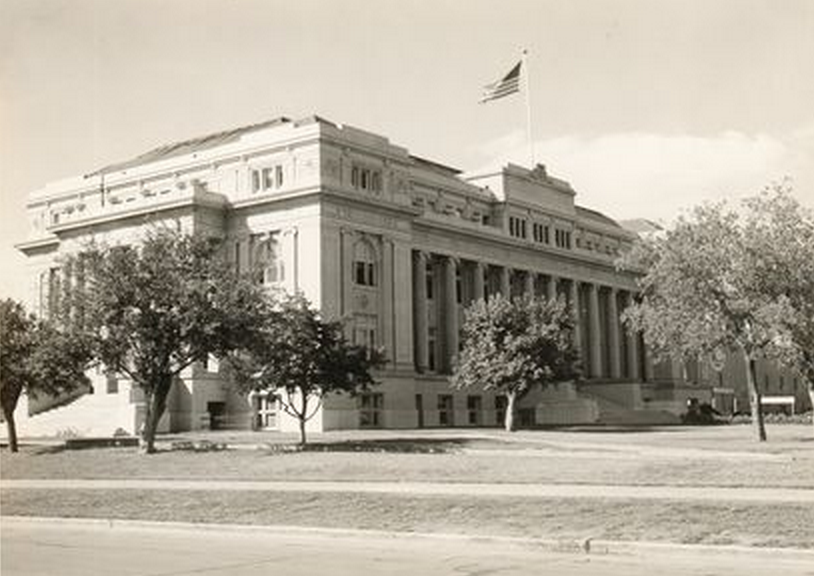 Designed by the firm of Fields and Clarkson, this massive Classical Revival creation was completed in 1916. Thirty-third governor, James Allred, began his career in this courthouse. In both 1961 and 1980, the courthouse was heavily remodeled. Today, the only original feature that remains is a fourth floor courtroom.

The courthouse as seen from near the intersection of 7th and Lamar. 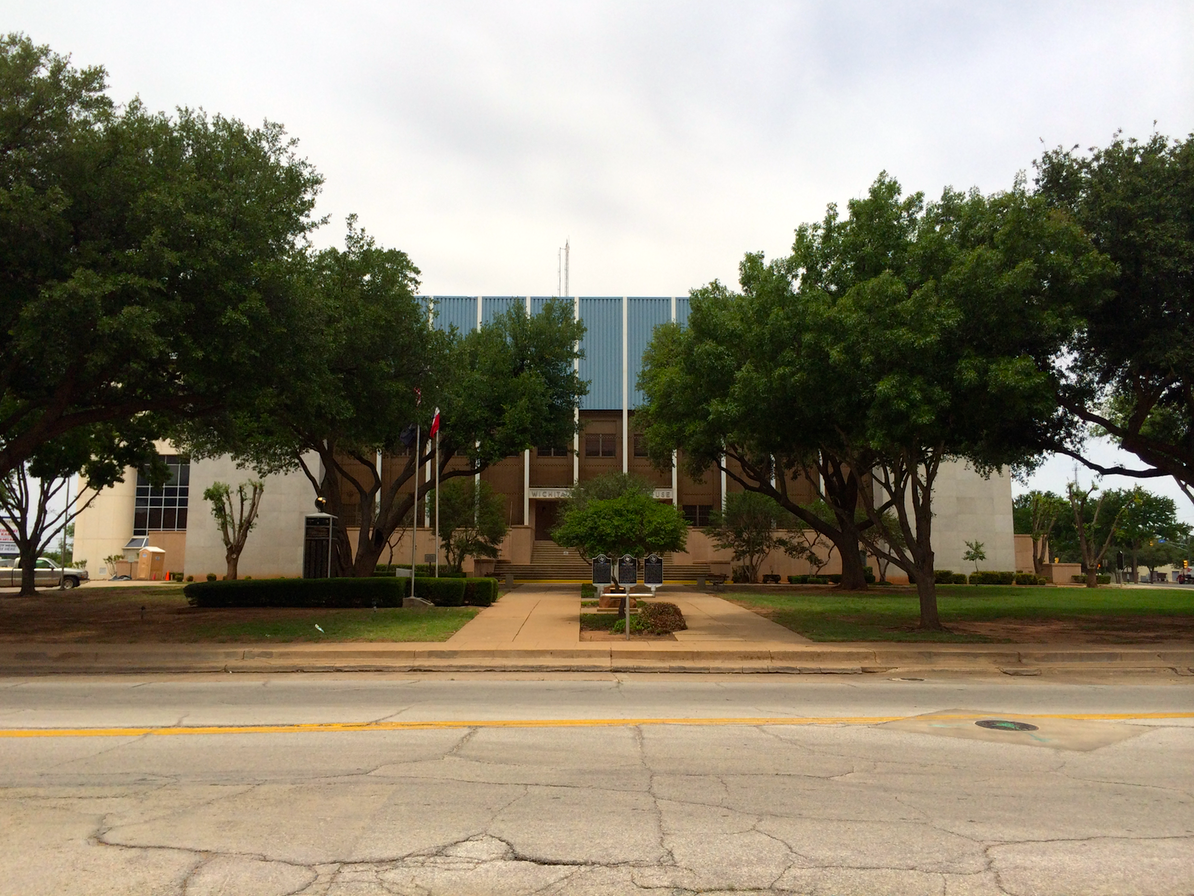 The southern façade (and only one that is remotely aesthetically pleasing) 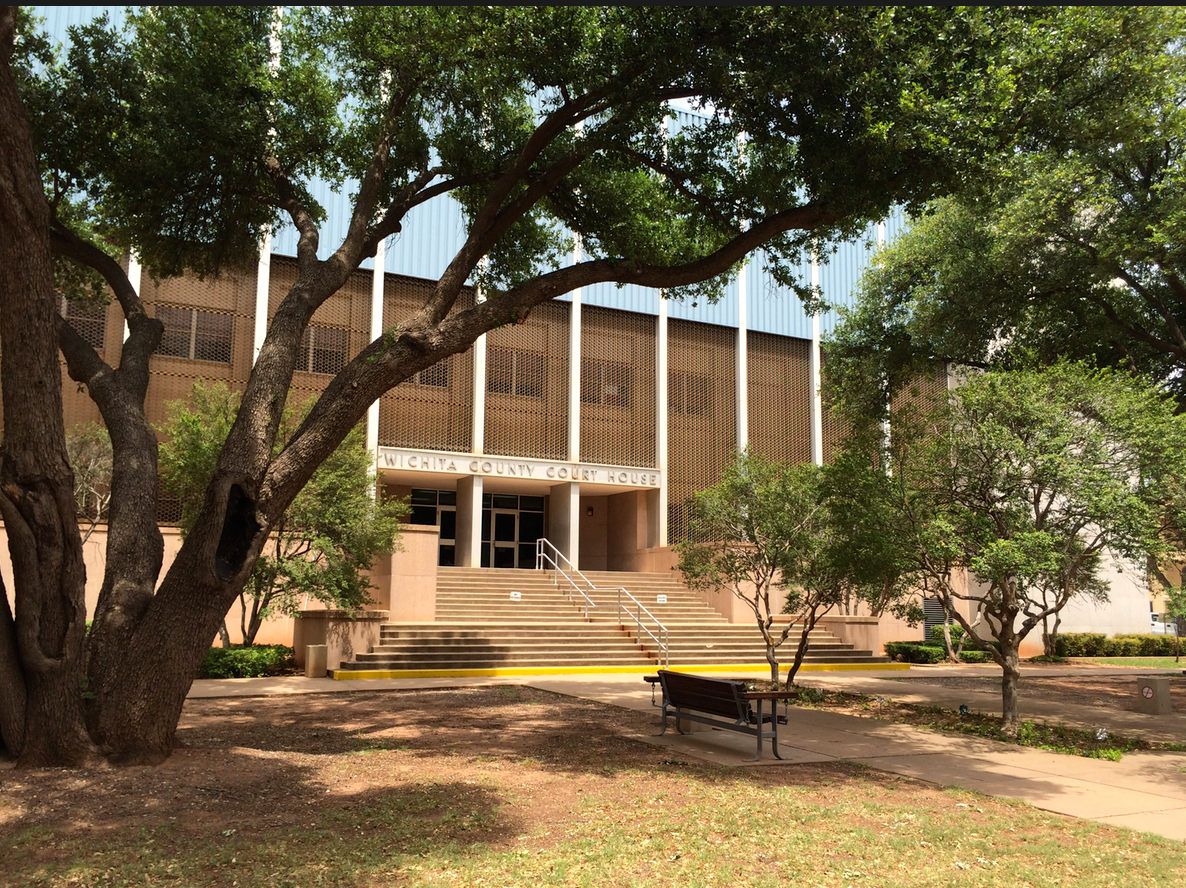 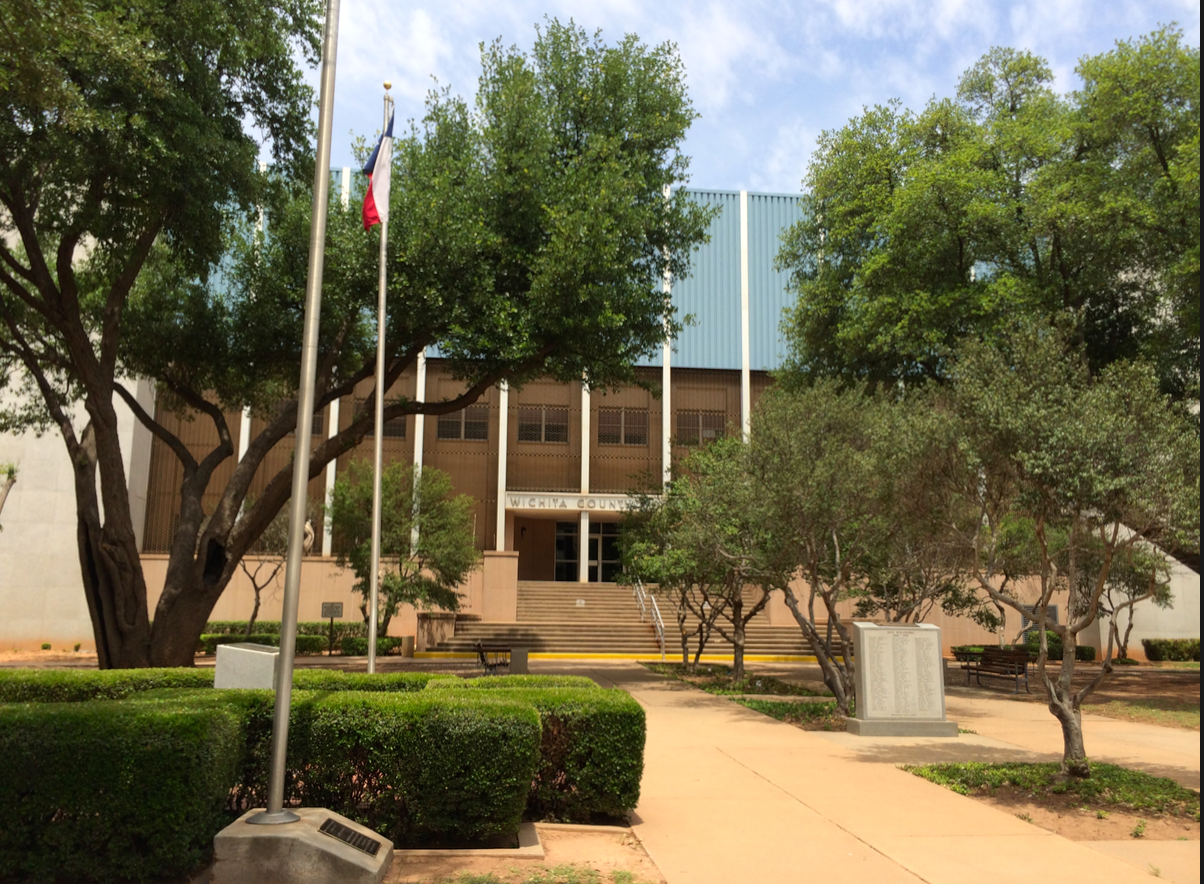 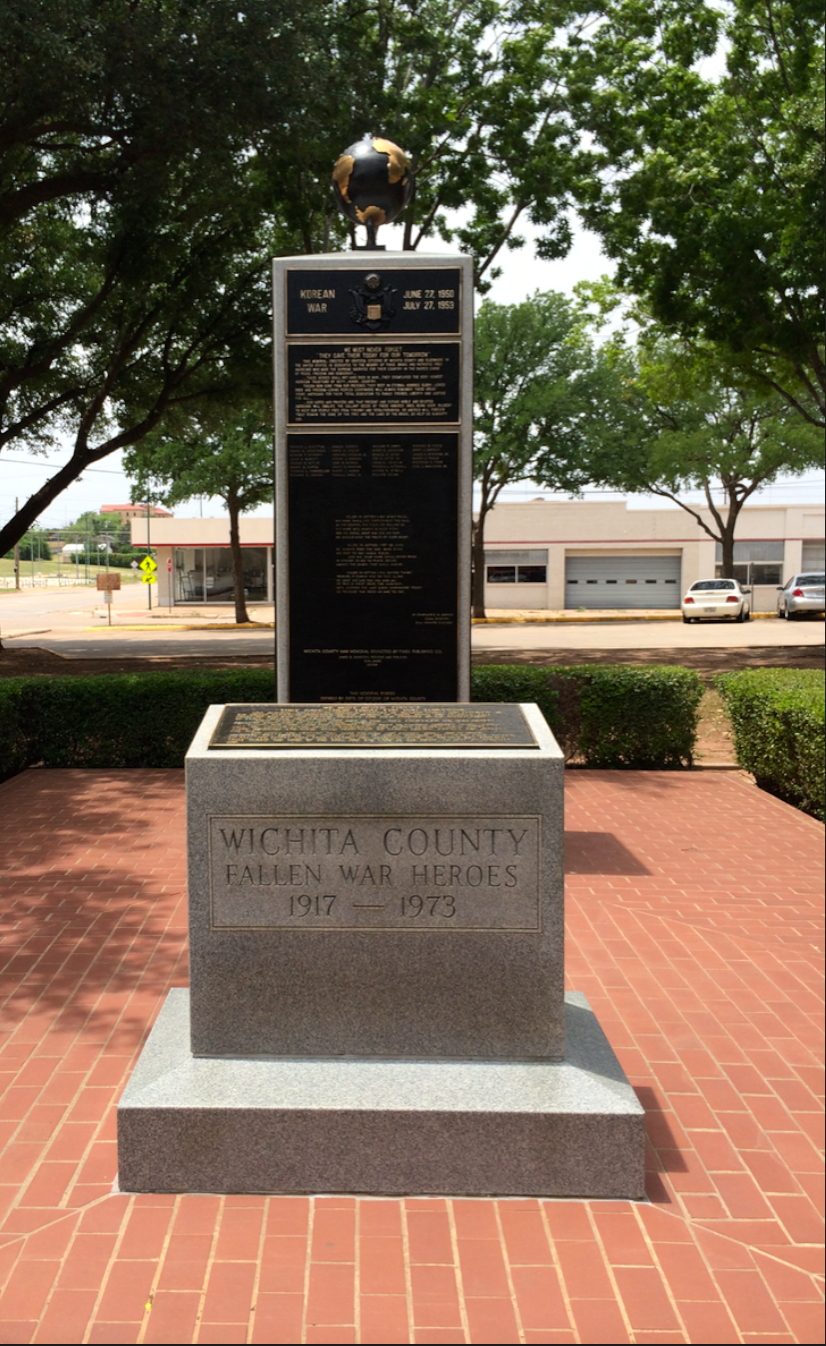 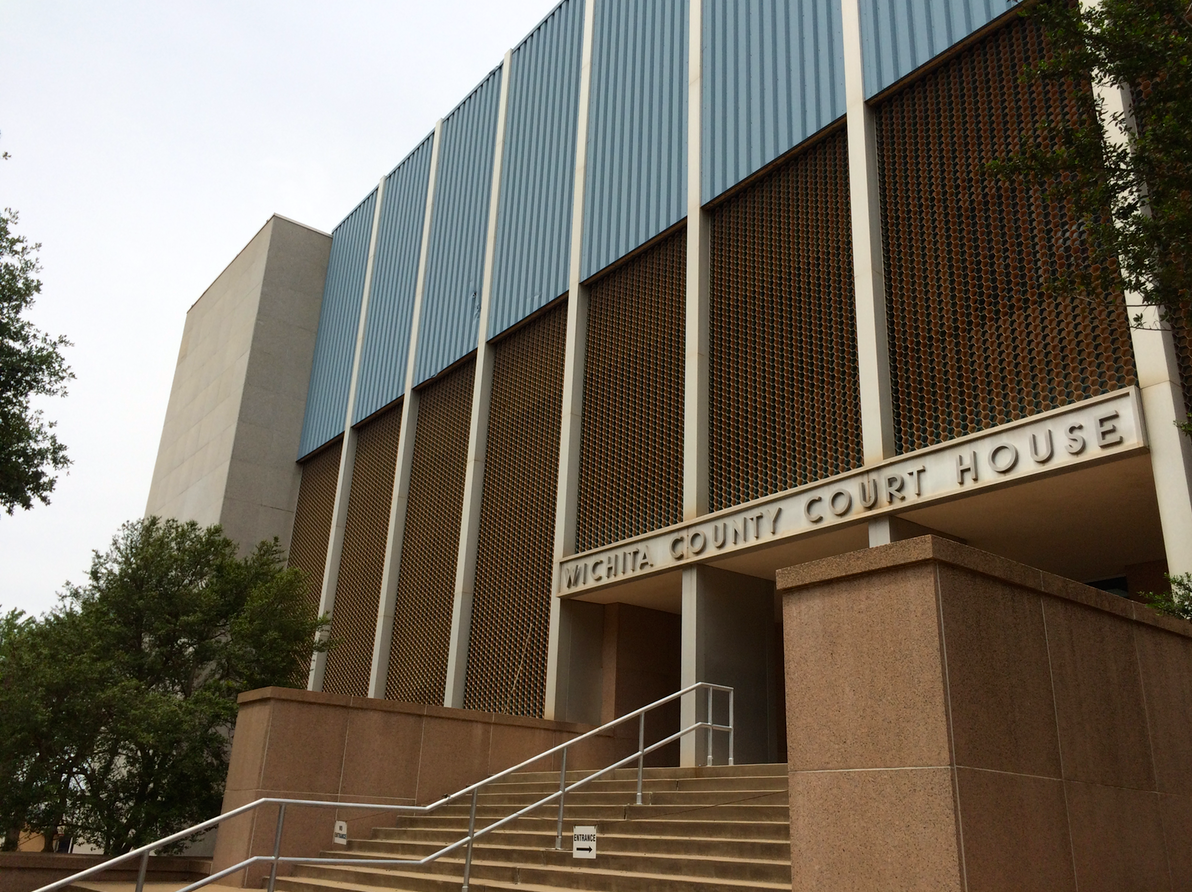 The main entrance no longer functions as an entrance. 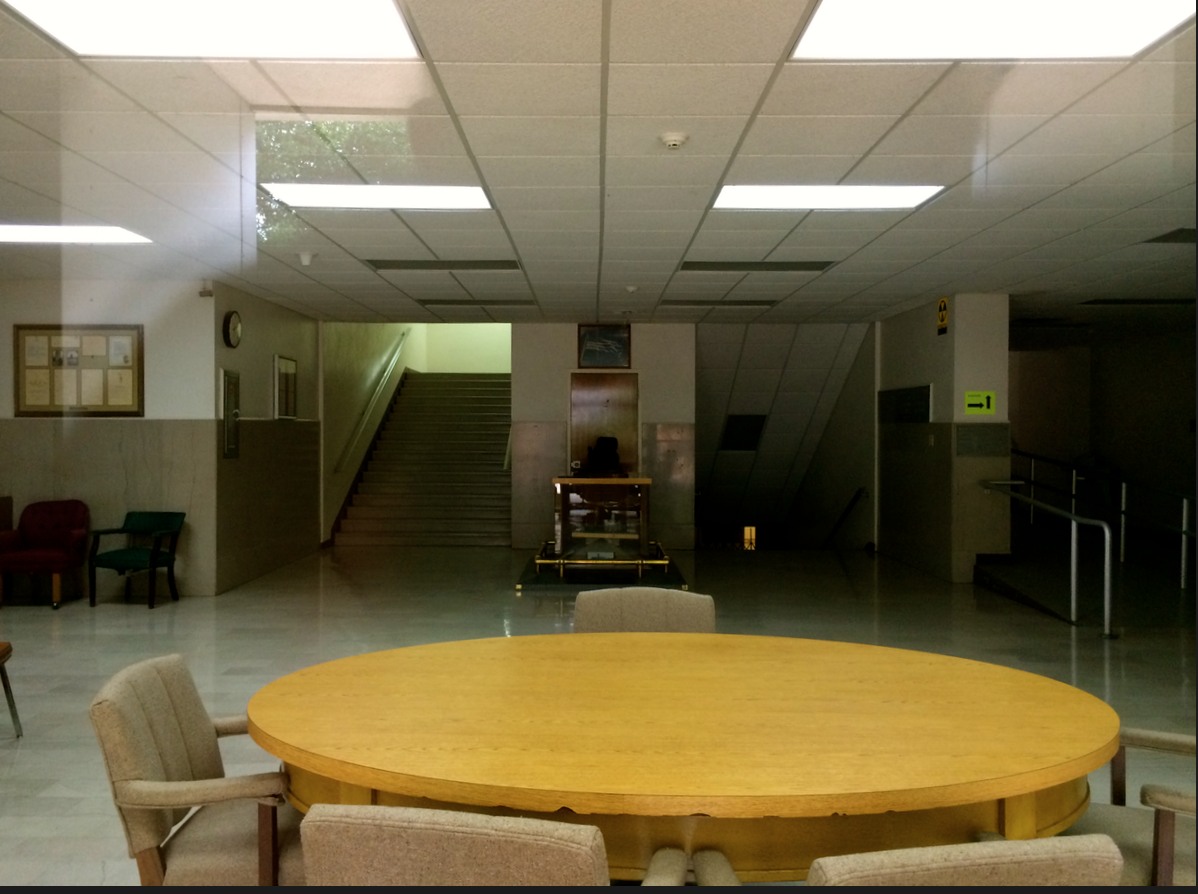 View inside through the main, yet closed, doors

The view of 7th Street from the courthouse steps 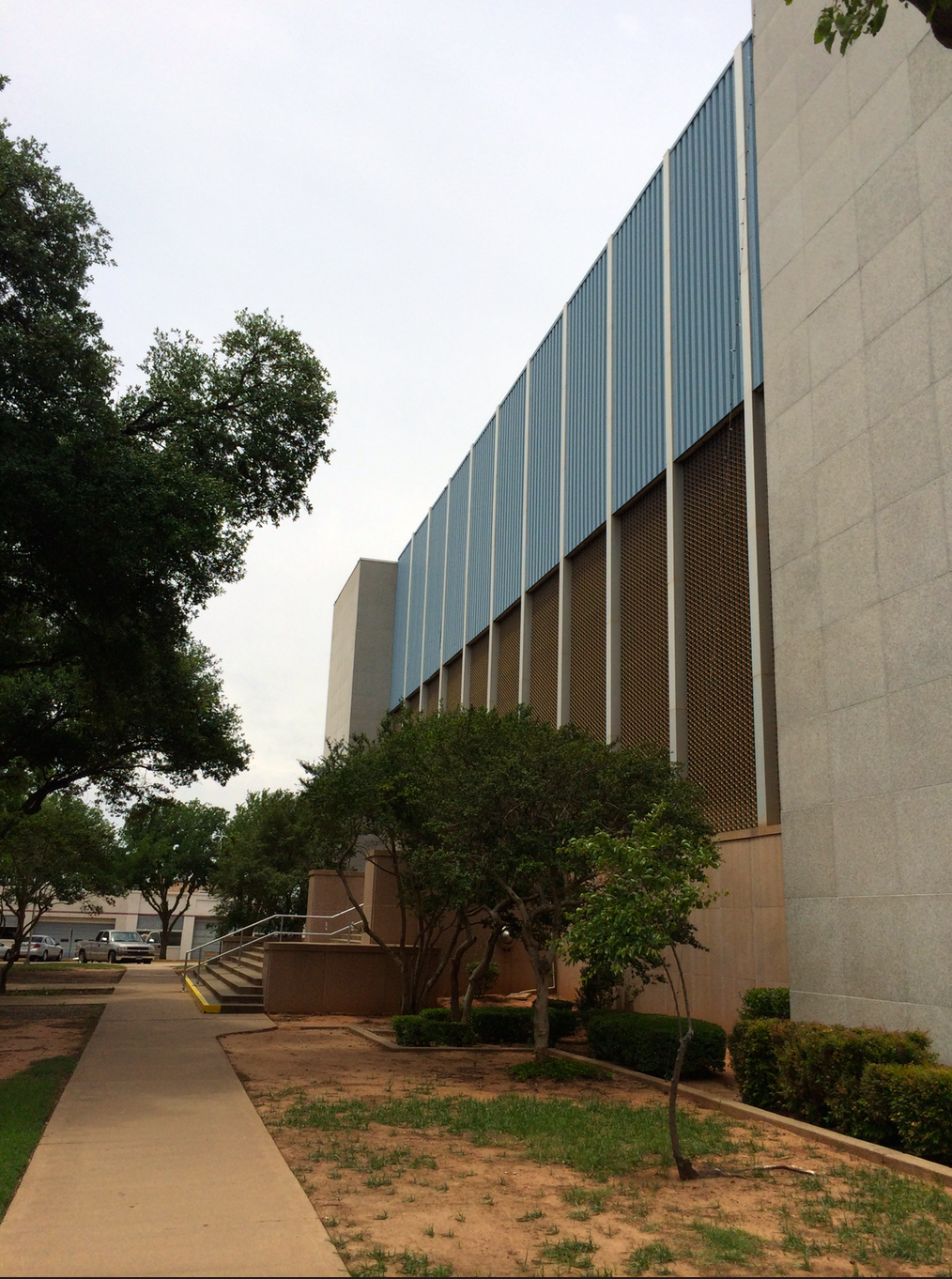 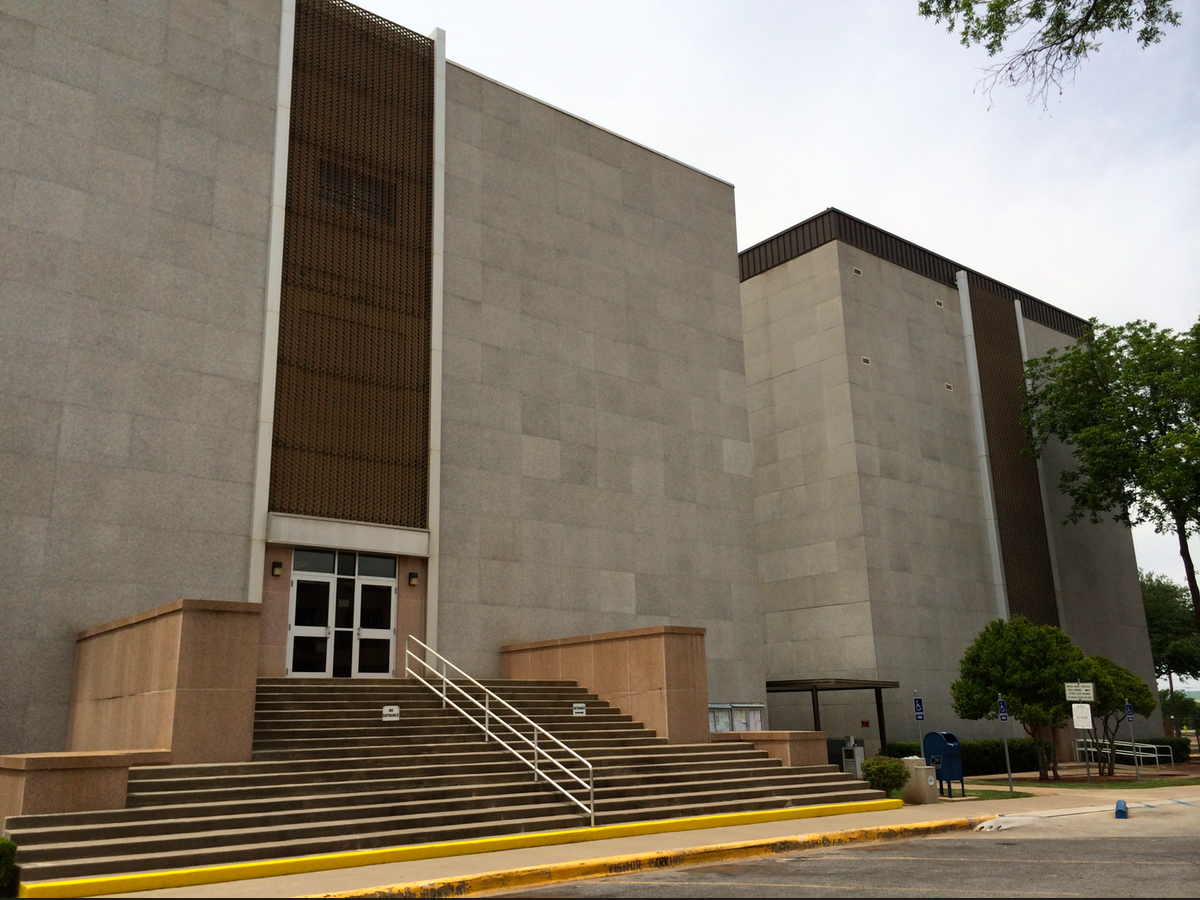 The eastern entrance you see here is also closed. 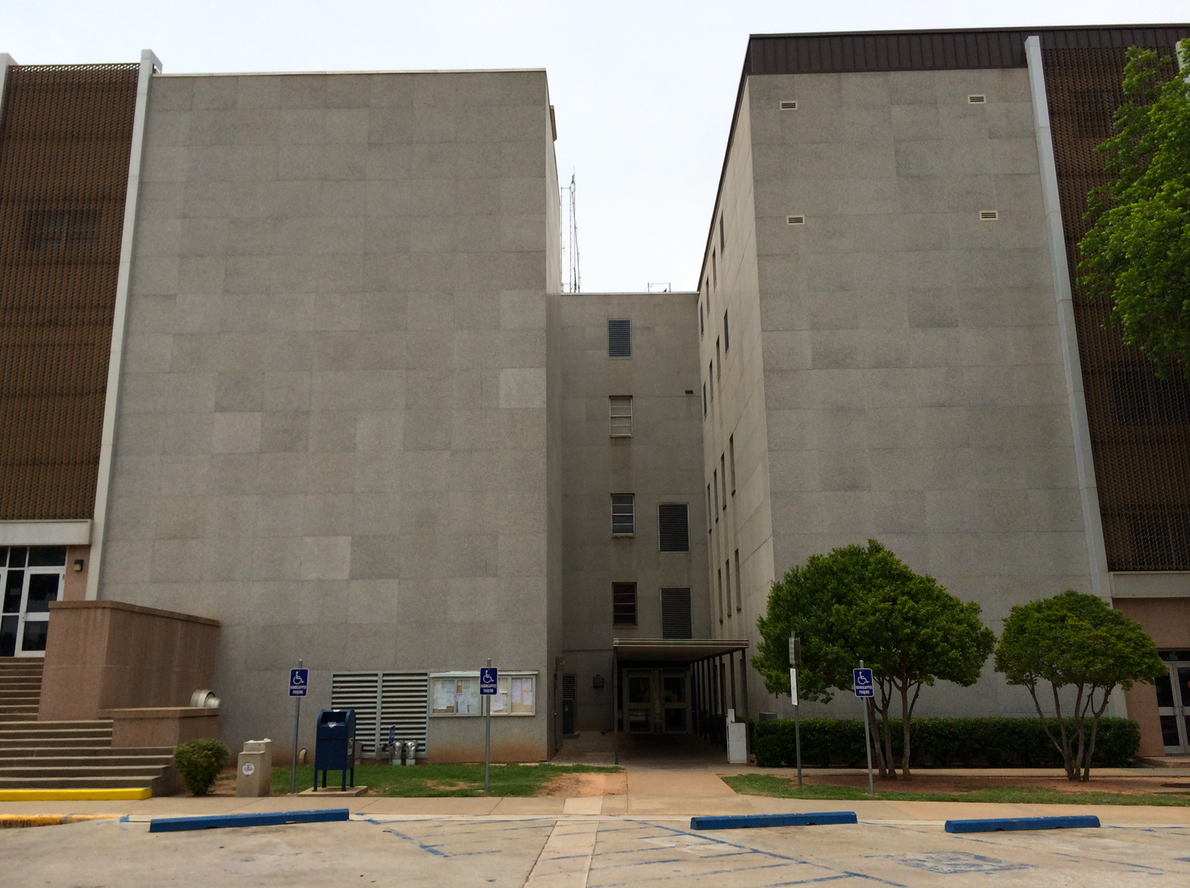 The only accessible entrance is located in a large recess between the walls. 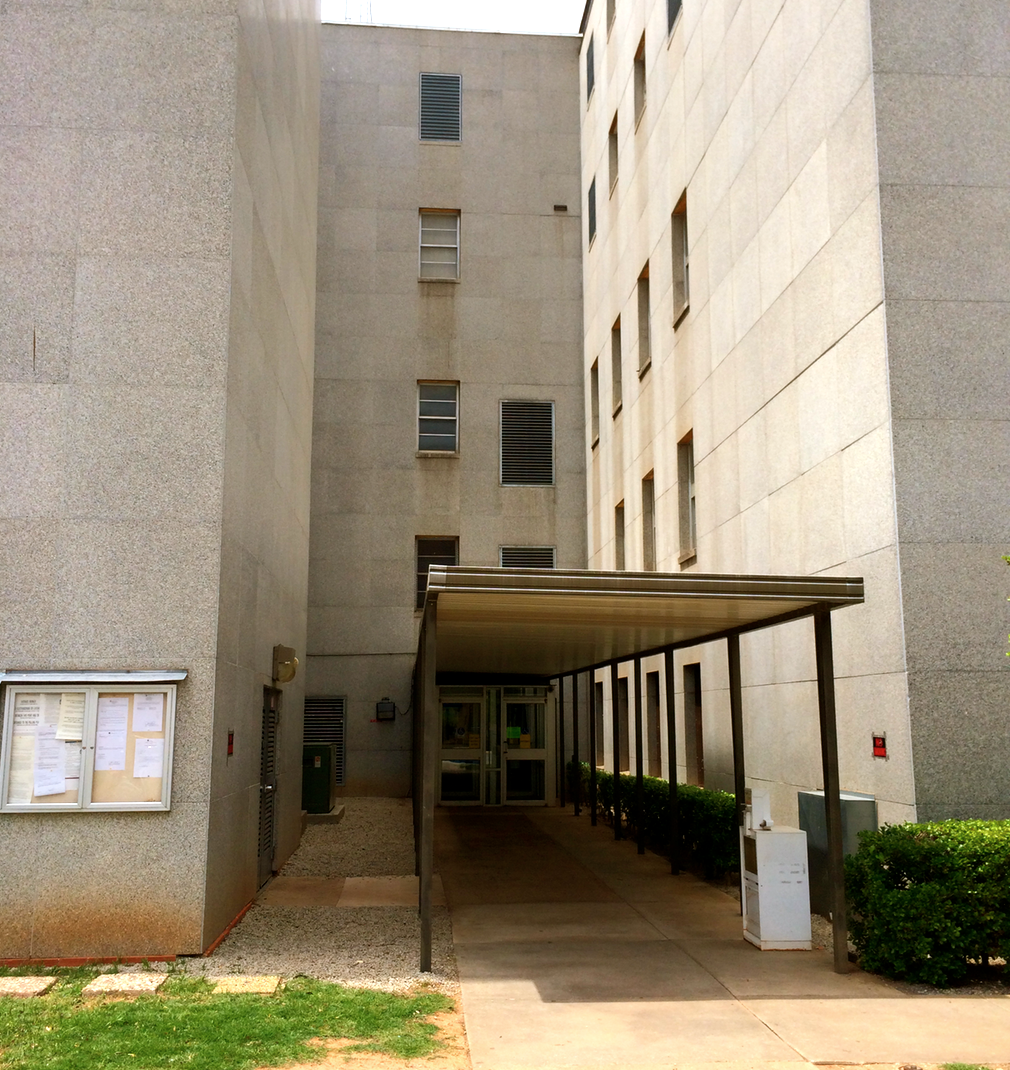 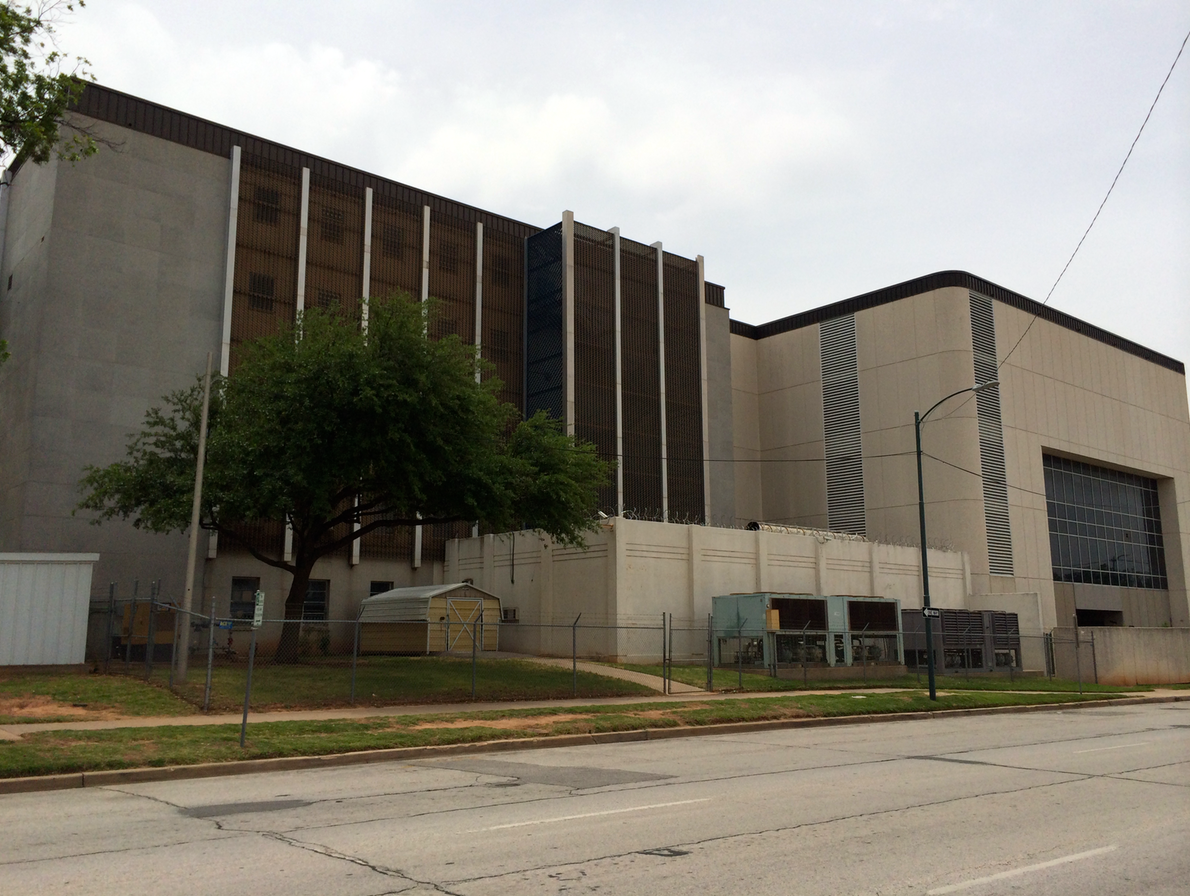 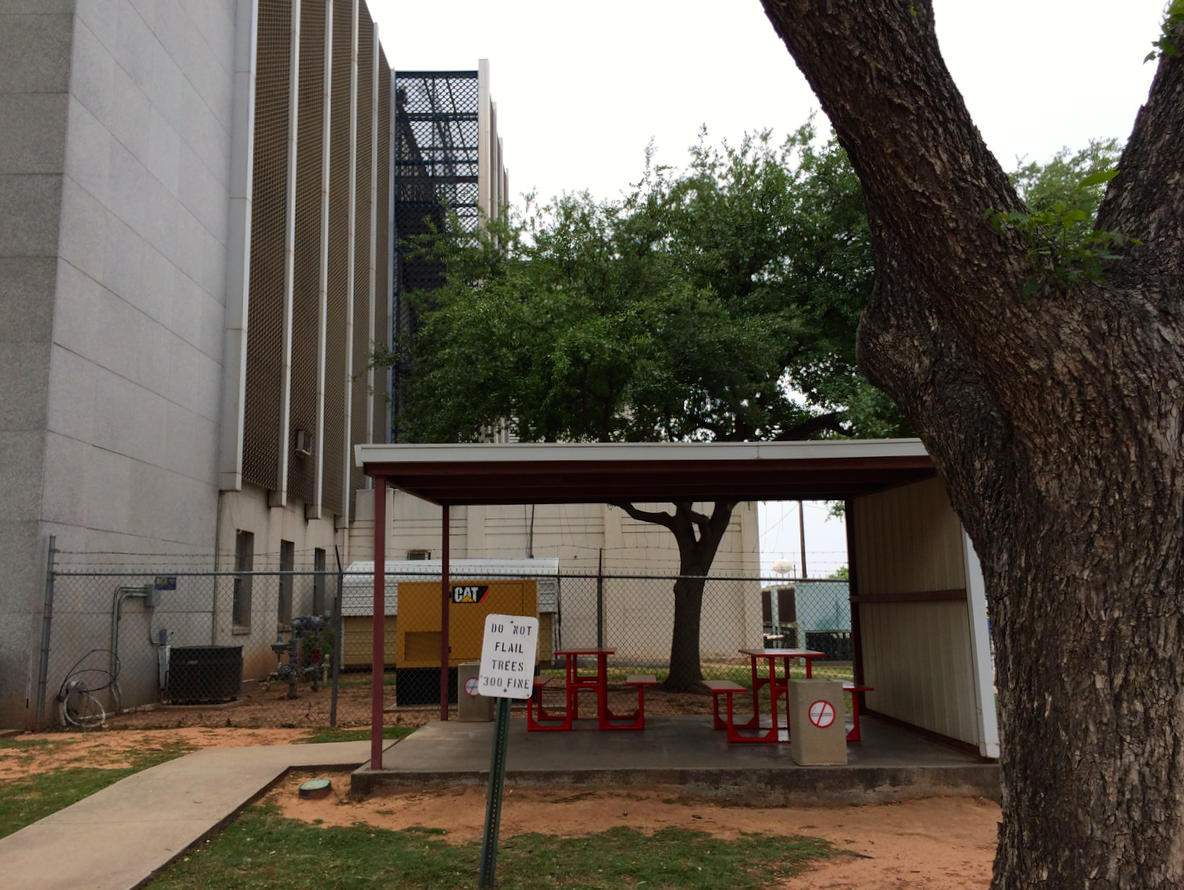 Interestingly enough, what appears to be a picnic area is located near the ugliest part of the building. 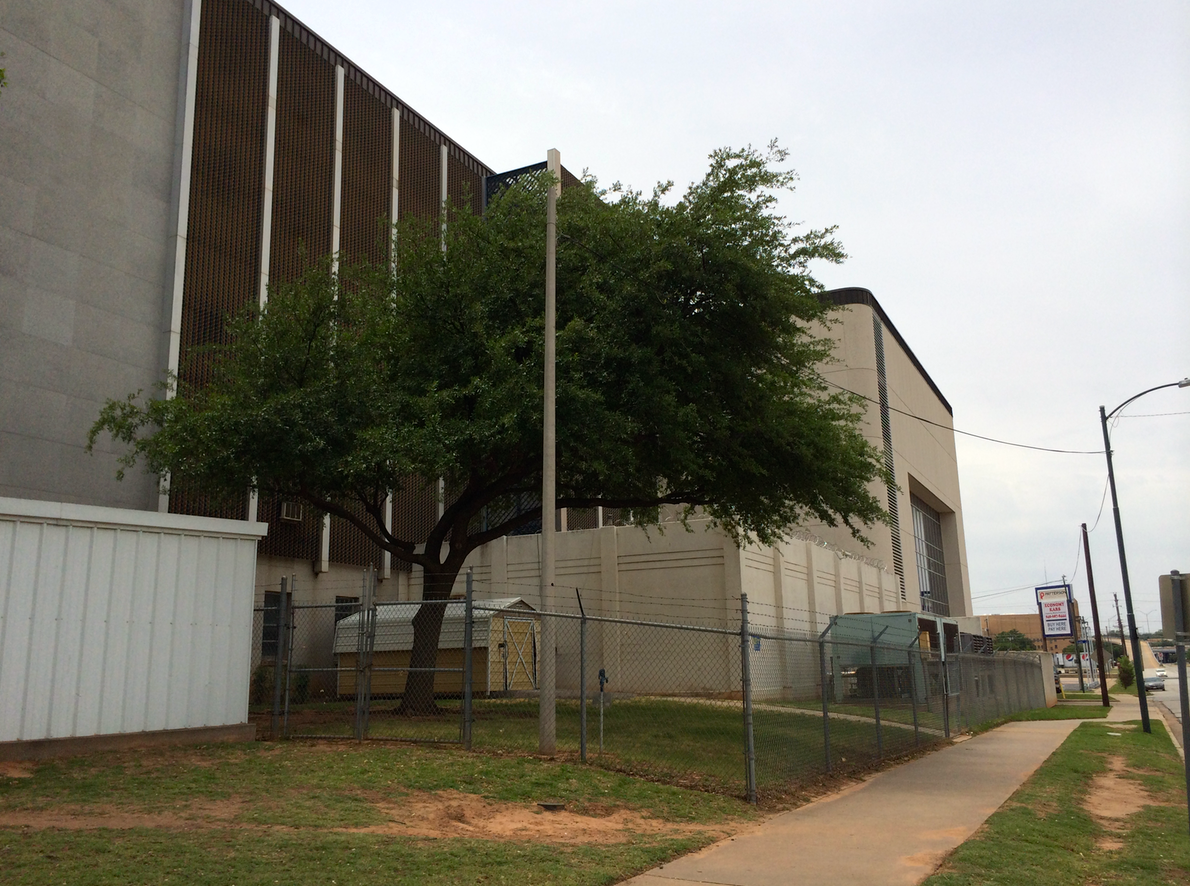 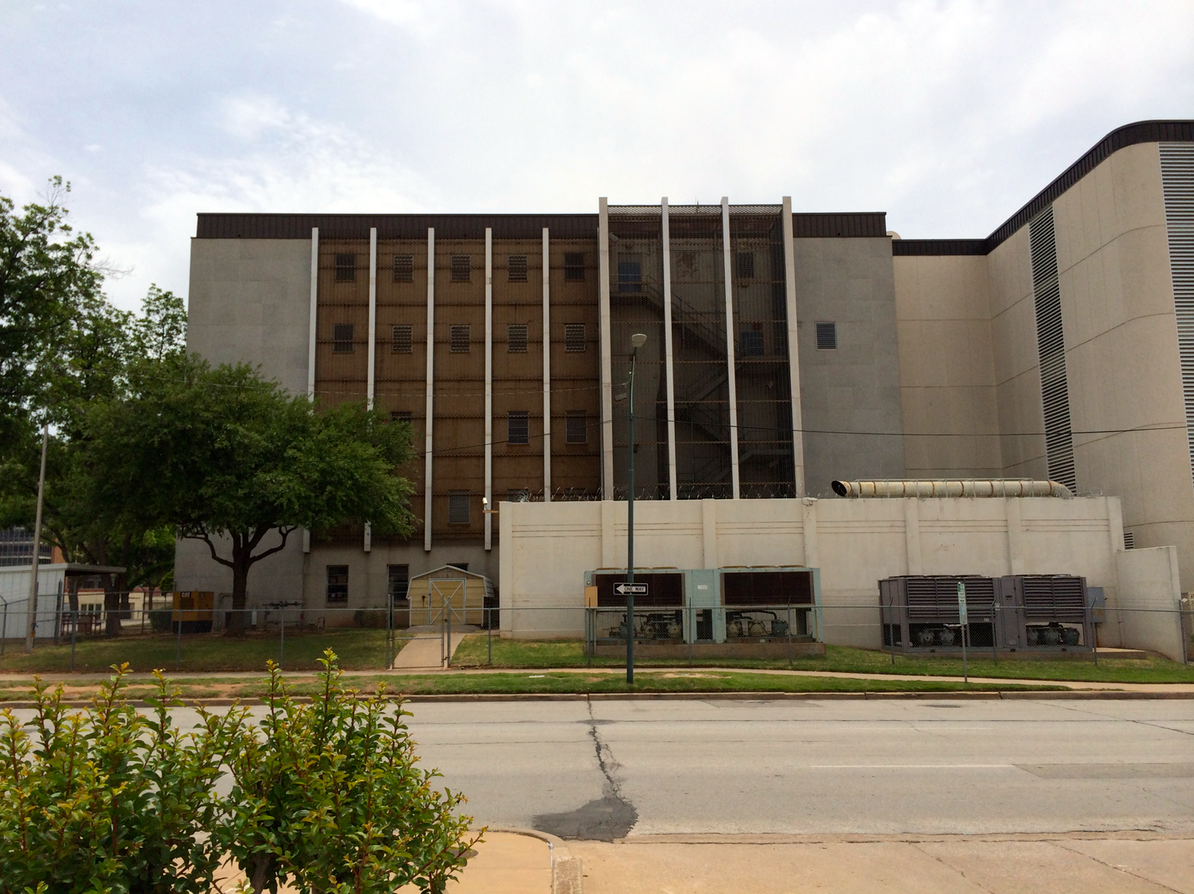 As seen from 6th Street

The Judge Arthur R. Tipps Juvenile Justice Center is directly across 6th Street from the courthouse. 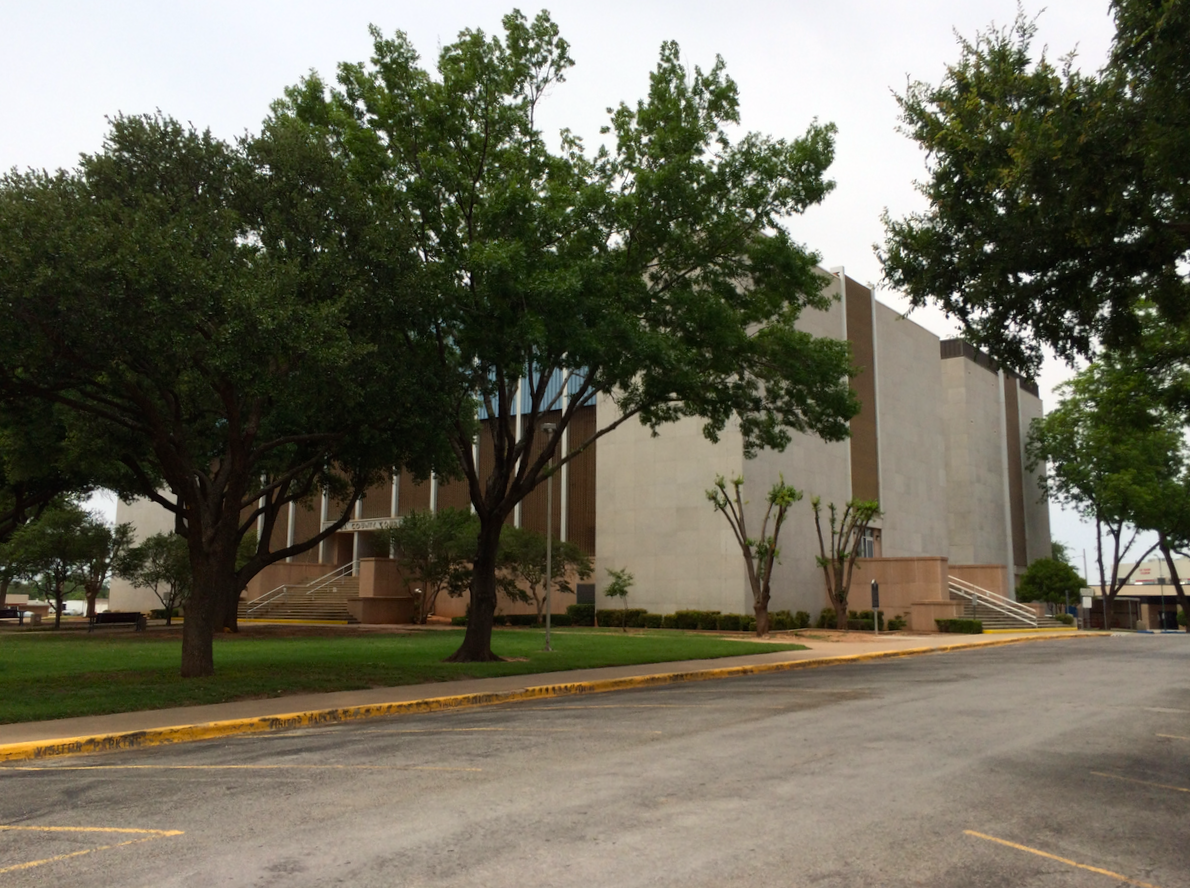 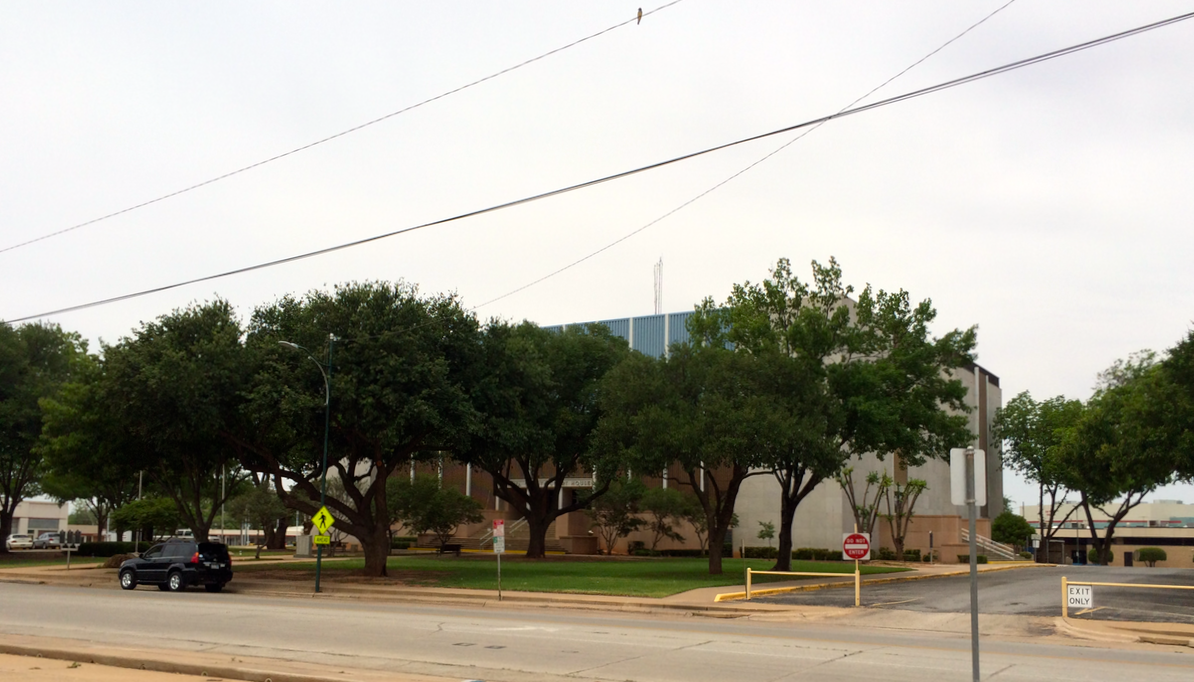 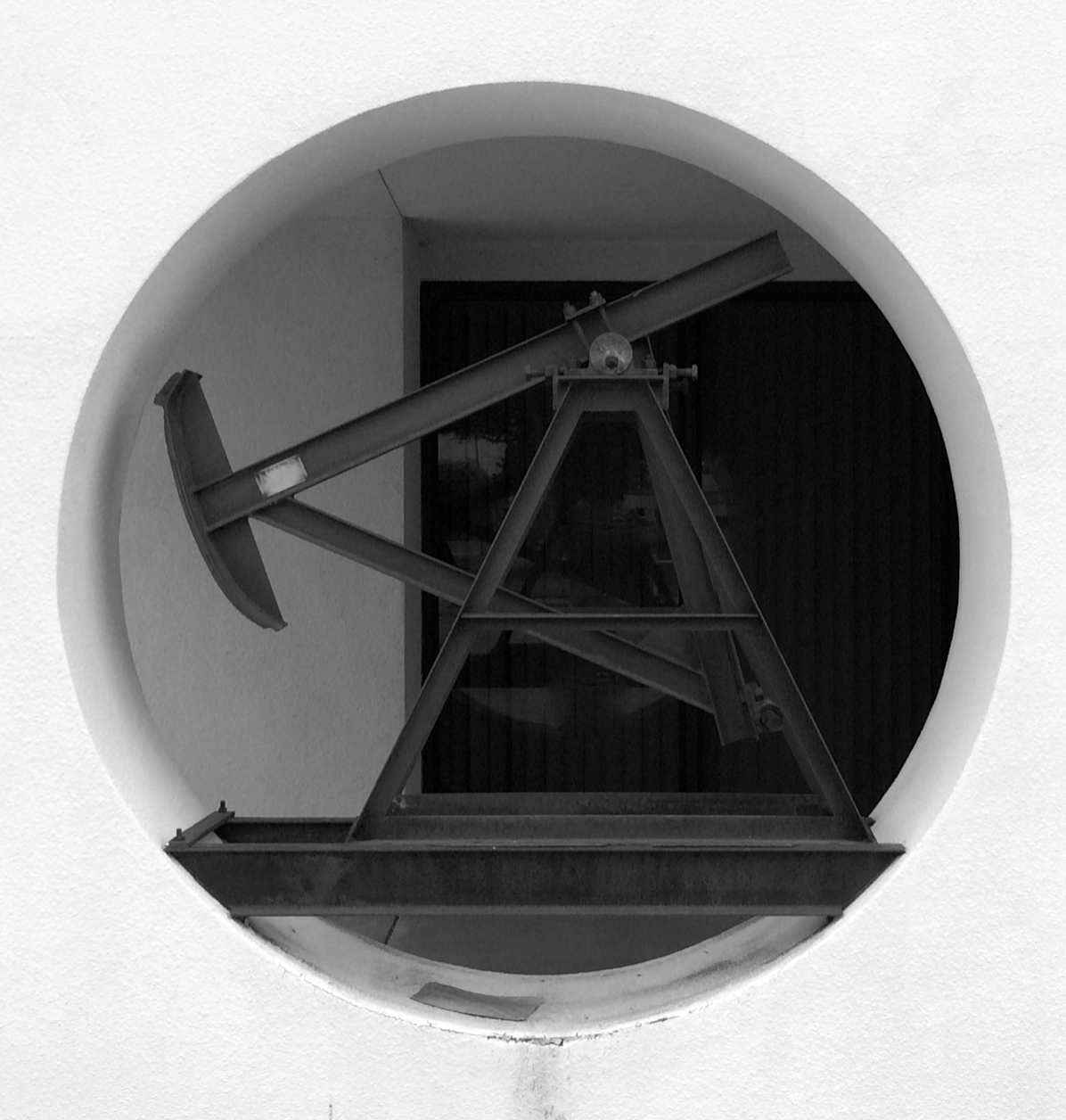 Quatro Oil & Gas Inc. (across 7th Street from the courthouse) 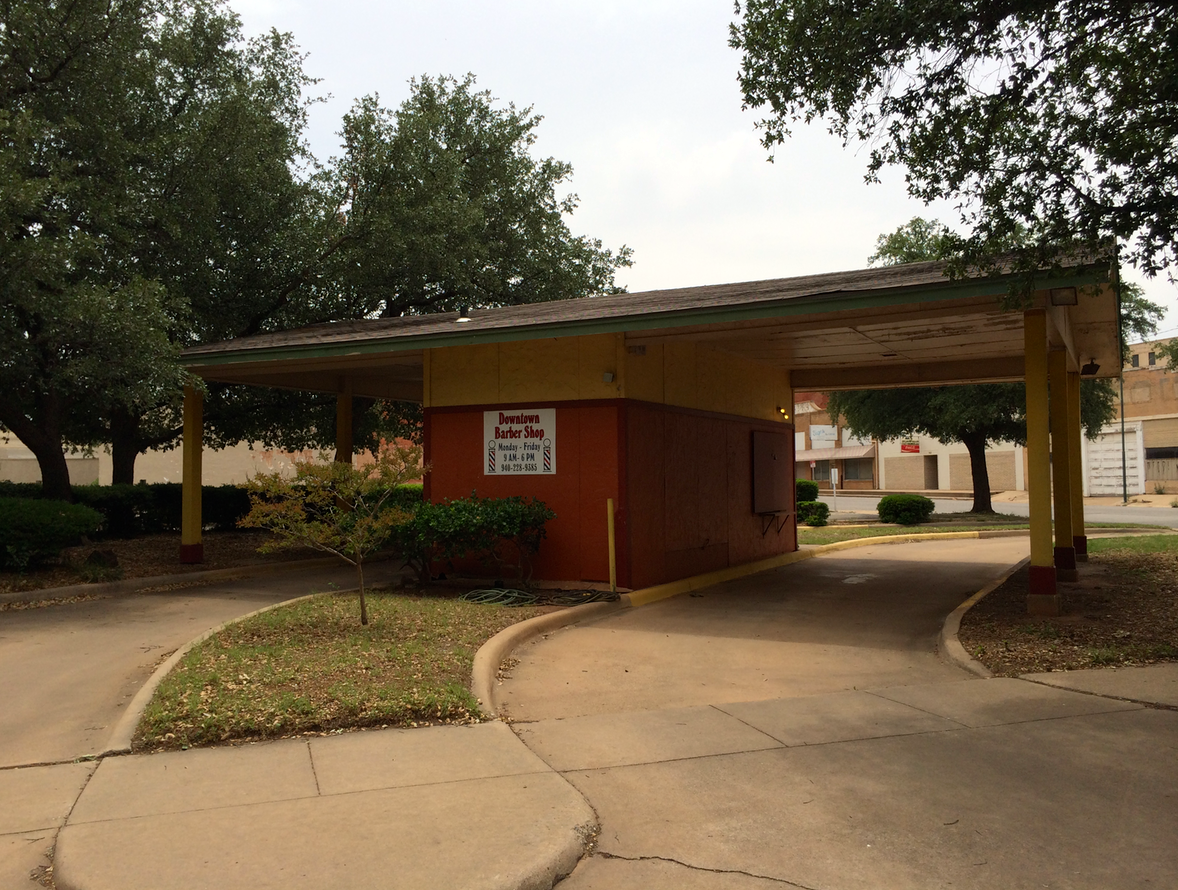 I wasn’t able to discern if this really is a barber shop or the sign is just an advertisement for another location. 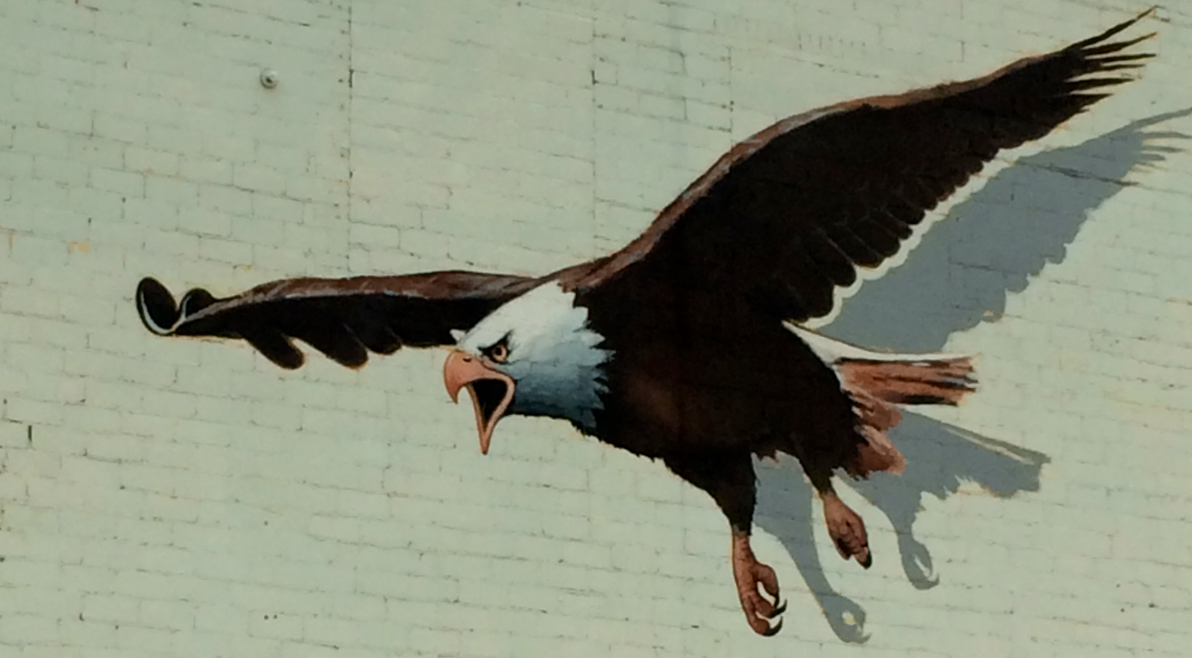 A fantastic mural I saw south of downtown, while en route to Archer City.