“The Comanches ruled the region until they were defeated by the United States Army during the Red River War of 1873–74 and subsequently withdrawn from the plains. Small skirmishes occurred in Lynn County during the Indian Wars. Col.Ranald S. Mackenzie‘s Fourth United States Cavalry visited Tahoka Lake in 1872, and in November 1874 attacked a small encampment of Indians near Double Lakes and another at Tahoka Lake.”

“Between 1877 and the early 1880s buffalo hunters swarmed across Lynn County and the South Plains to exterminate the last great herds of buffalo. In the early 1880s ranchers began to appear in the county. Initially, only a miniscule economy developed.” 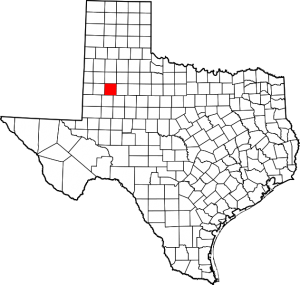 “The county remained sparsely settled ranching territory for two decades after 1880. It had no towns; the population was nine in 1880, twenty-four in 1890, and seventeen in 1900. However, after 1900 the situation began to change. Farmers began to encroach on the ranchers’ domain, especially after land appropriations for education were carried out. By 1903 enough people lived in Lynn County to call for its formal political organization.”

“The county had been formed in 1876 and named for Alamo defender George Washington Lynn (or Linn), but it remained unorganized until 1903. In that year a majority of its residents forced organization on the outnumbered ranchers. In an election held on April 7 the county was organized, with the new town of Tahoka as the county seat.”

“Lynn County’s cotton and cattle economy developed, a transportation network emerged. In 1909–10 the Santa Fe extended a branch line from Lubbock to Tahoka and Lamesa via Slaton. This line gave rise to the new town of O’Donnell, and Wilson was established on the line in 1912. Crude, graded, dirt roads were built to encourage wagon and automotive traffic.”

“By 1938 the county had forty-five miles of paved roads: fifteen miles north to the Lubbock County line, fifteen miles west to the Terry County line, and fifteen miles south to O’Donnell. Ultimately, Lynn County developed a comprehensive network of highways and farm-to-market roads, with two major routes, U.S. highways 87 and 380, intersecting at Tahoka.”

“A new element was added to the Lynn County economy after 1950. Oil discoveries in the far eastern part of the county led to modest production.”

“By the 1990s the county had established a stable economy revolving around cotton production, supplemented by cattle and oil. Roughly 320,000 acres (55 percent) of the land area is used to grow cotton, which produces 90 percent of the agricultural income. The remaining 10 percent comes from cattle, hog, sorghum, wheat, and sunflower production. Irrigated land totals about 50,000 acres, but by the early 1980s some irrigated farms were running out of water.” 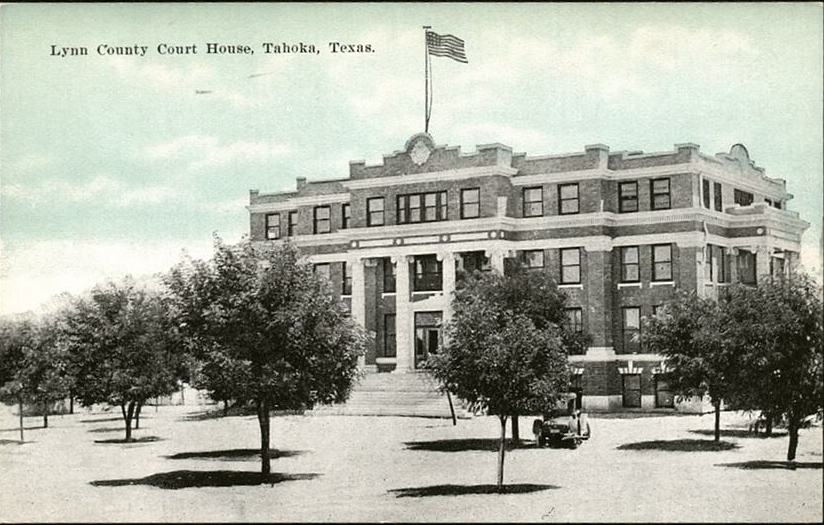 Entering Tahoka from the west on Highway 380 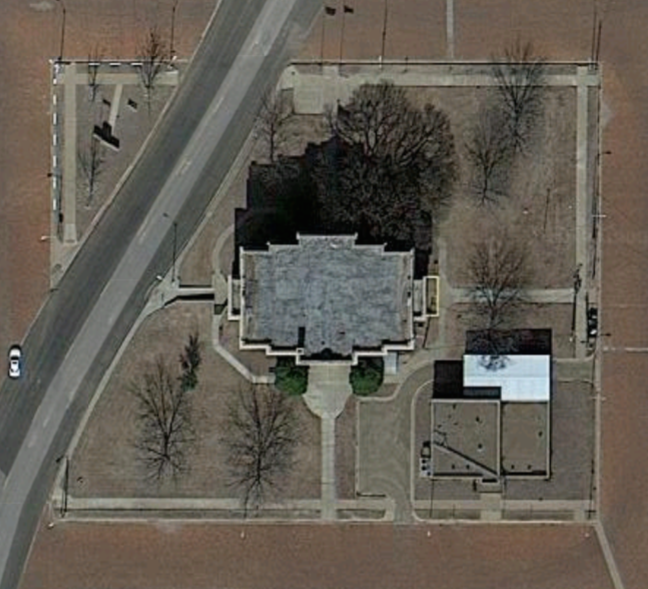 In Tahoka the road runs through the actual square plot of land on which the courthouse sits. This makes the Lynn County veterans’ memorial “across the street” from the courthouse itself. 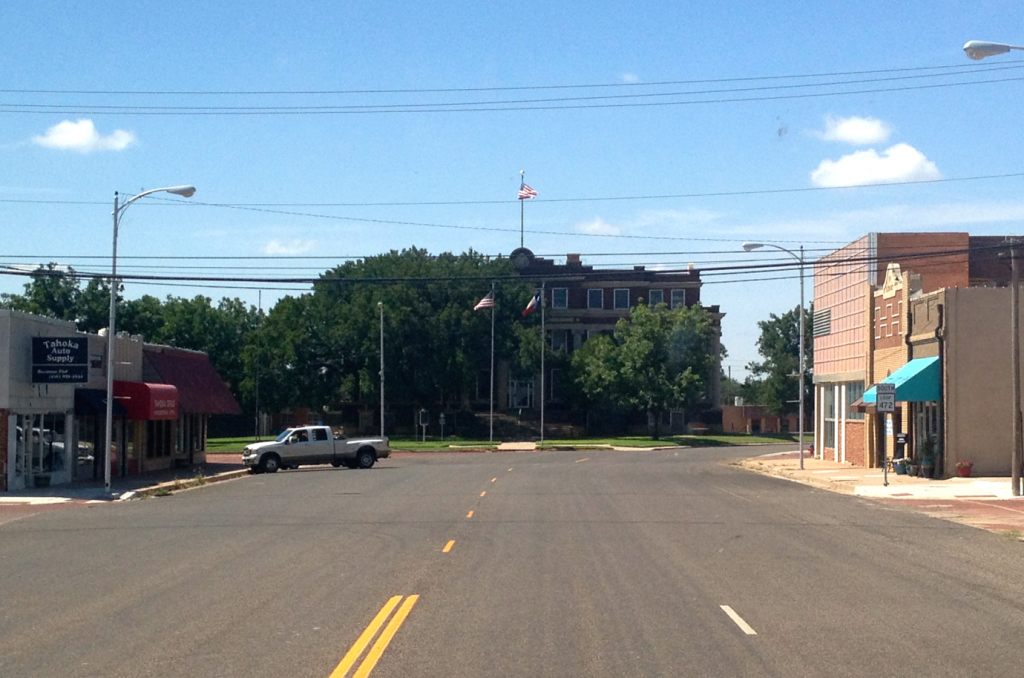 The road curves off to the right to cross the square. 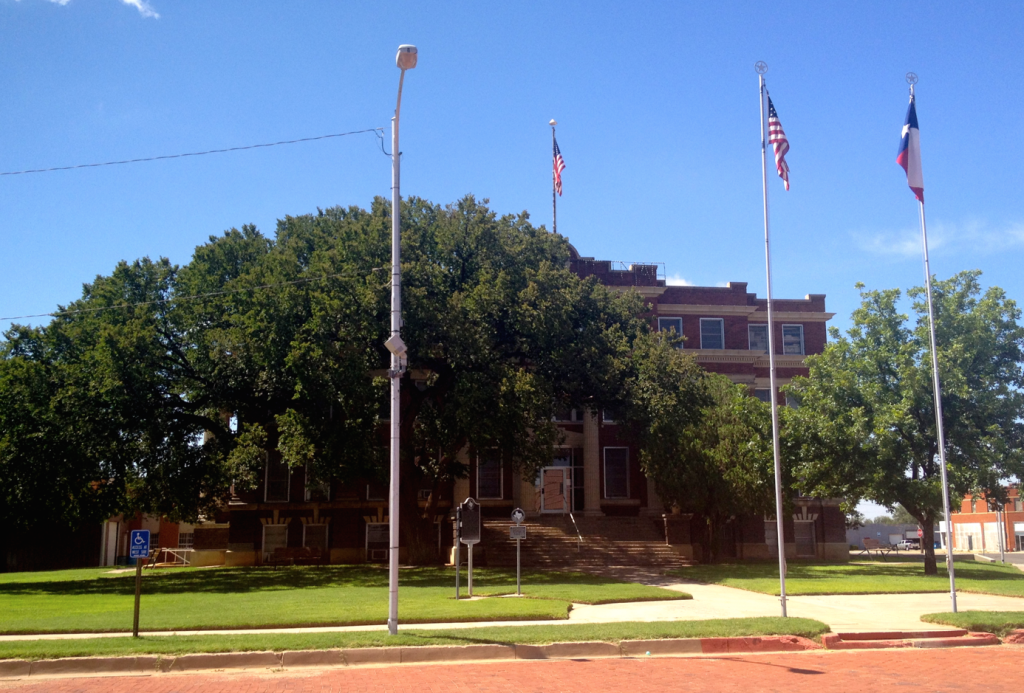 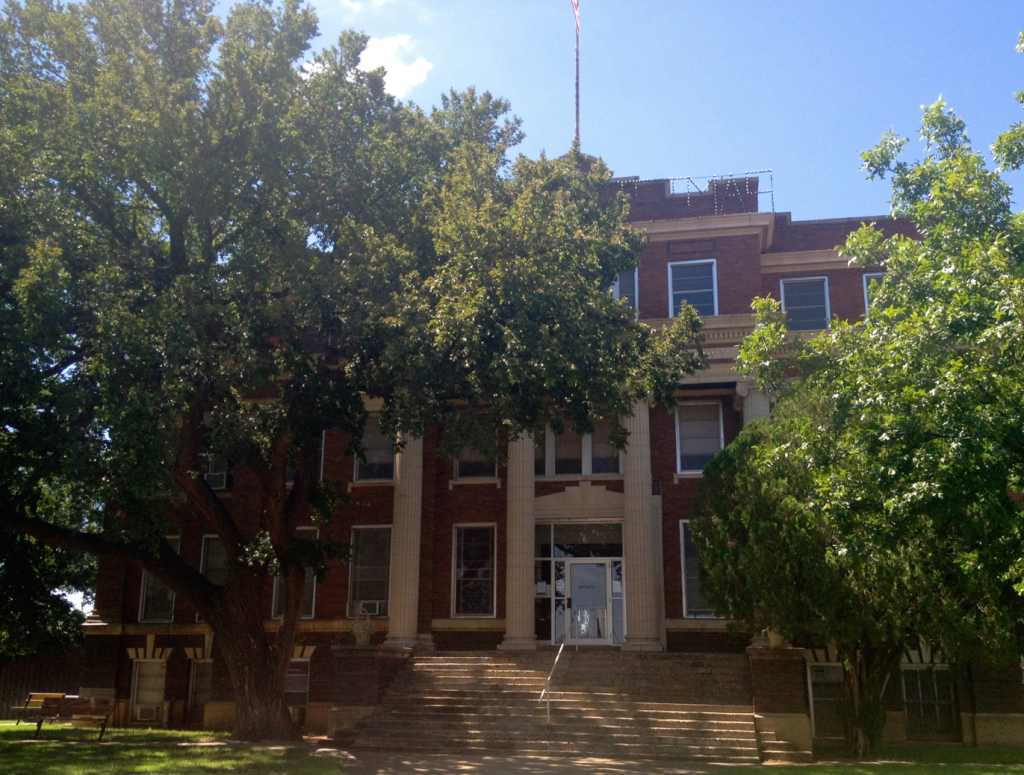 Permanently installed at the top of the northern façade are the words: MERRY CHRISTMAS. 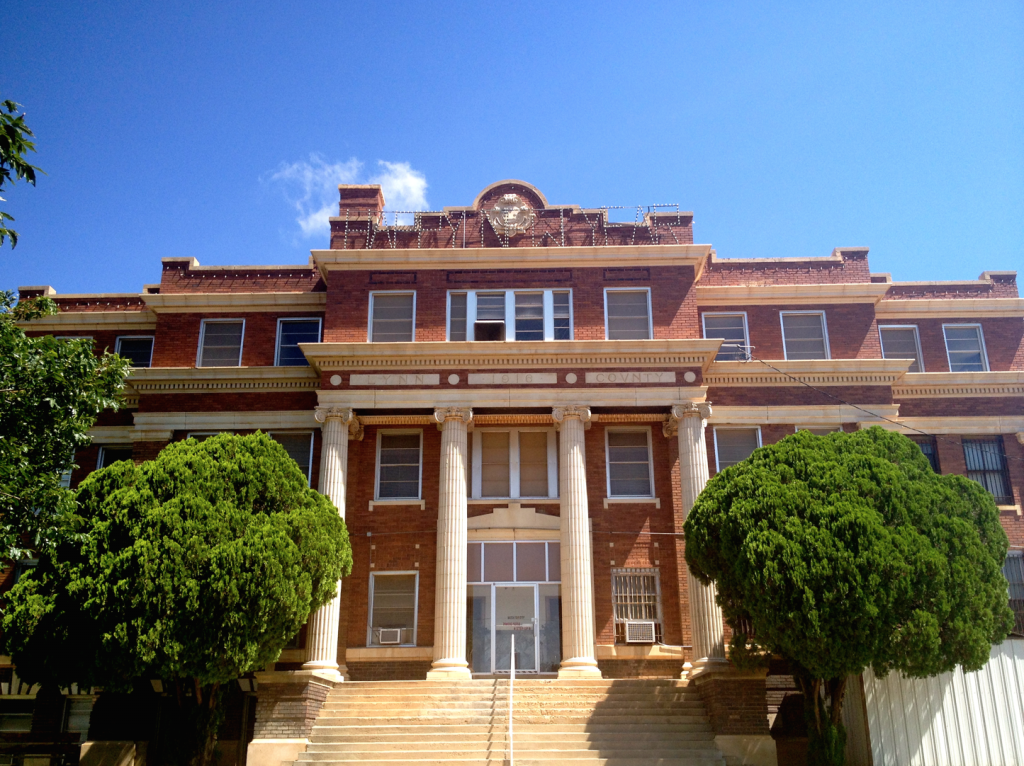 And on the southern façade, you’ll see: HAPPY NEW YEAR. 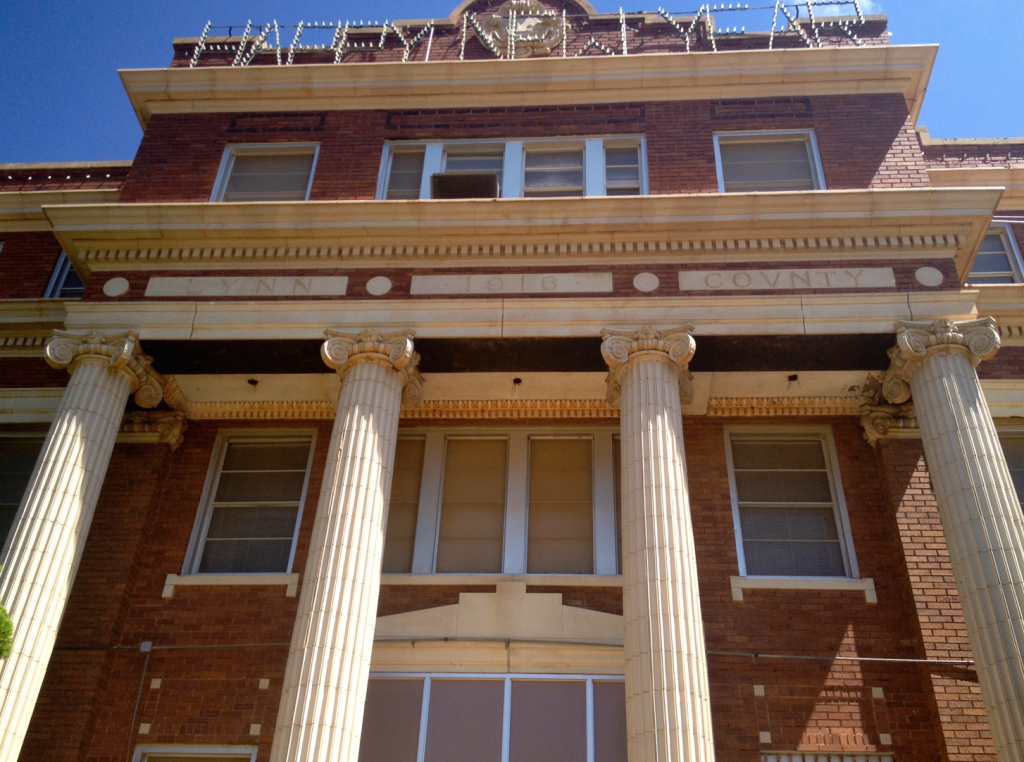 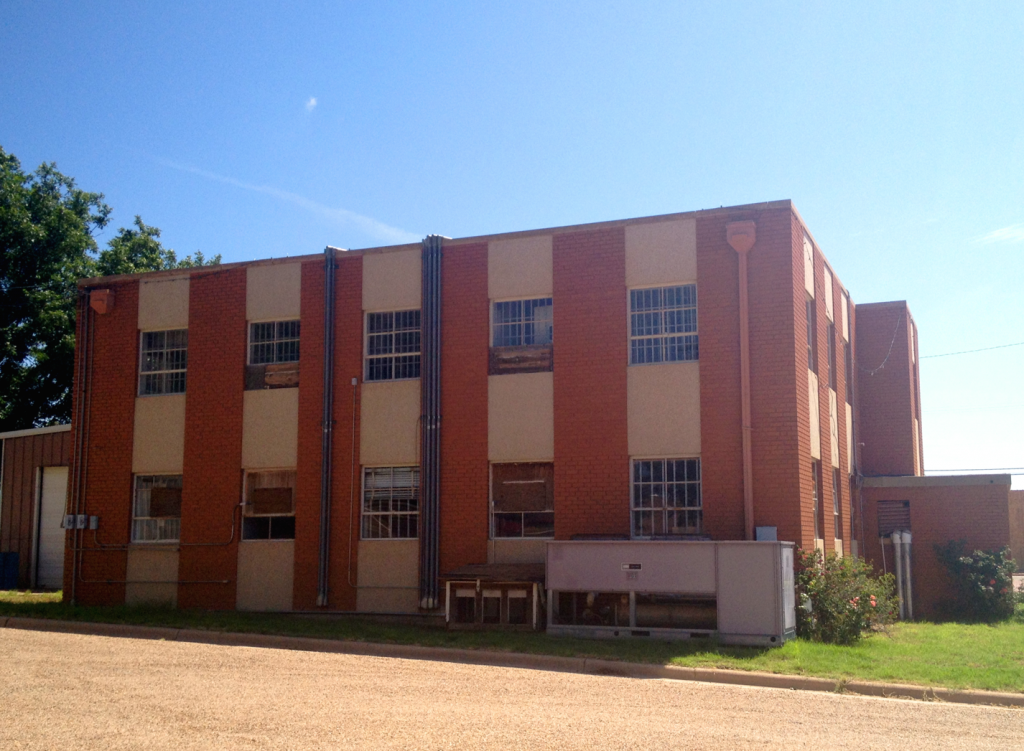 Near the southern entrance is the now-abandoned Lynn County Jail (dating from what appears to be the sixties or seventies). 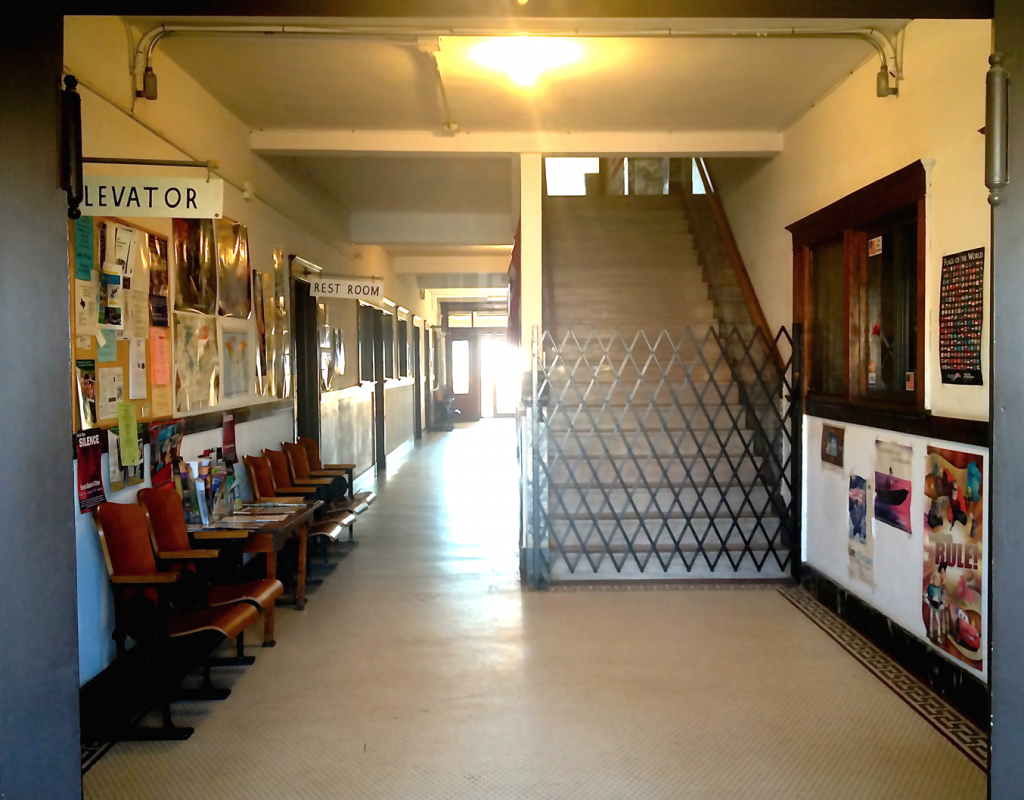 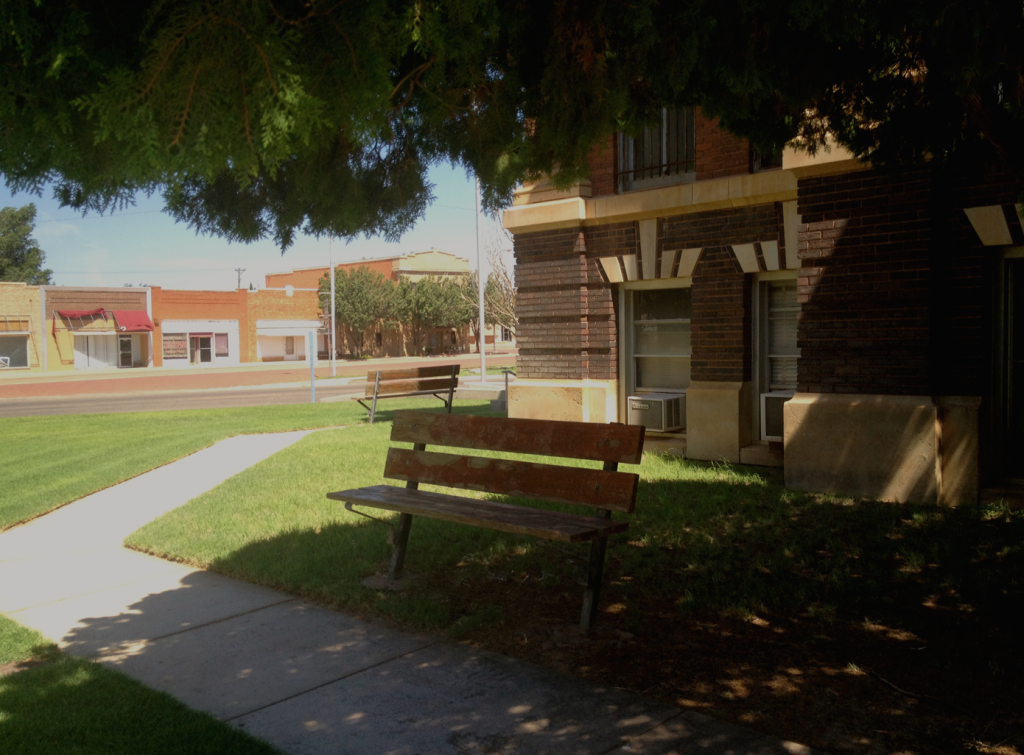 The design above the windows can also be found in Lynn County’s sister courthouse in Freestone County. 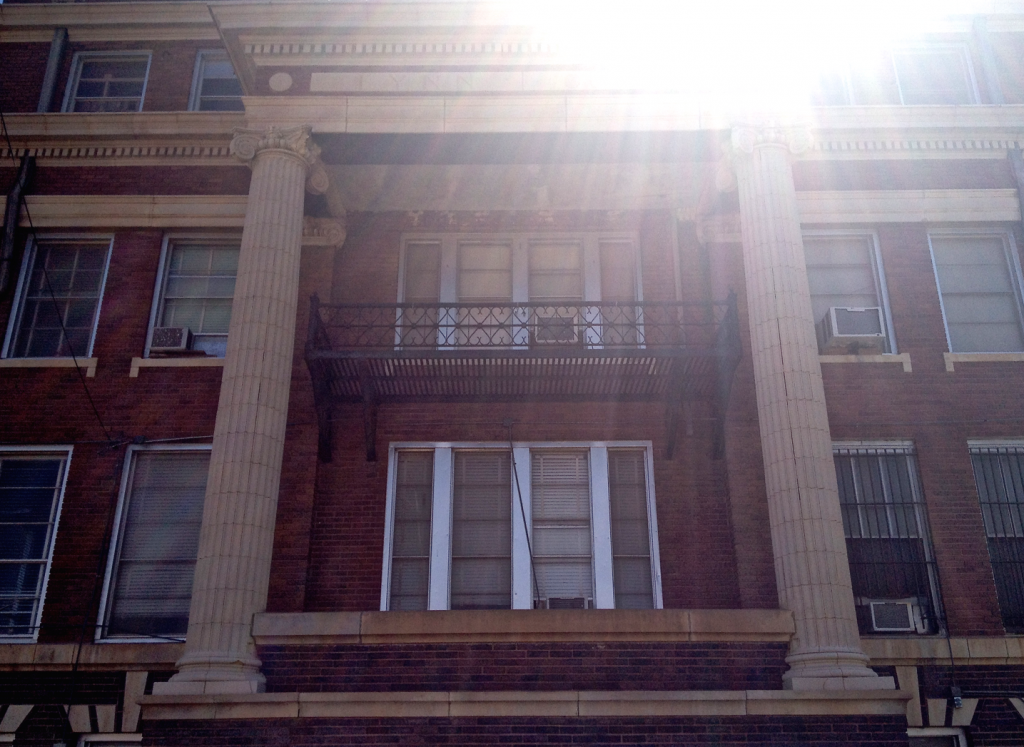 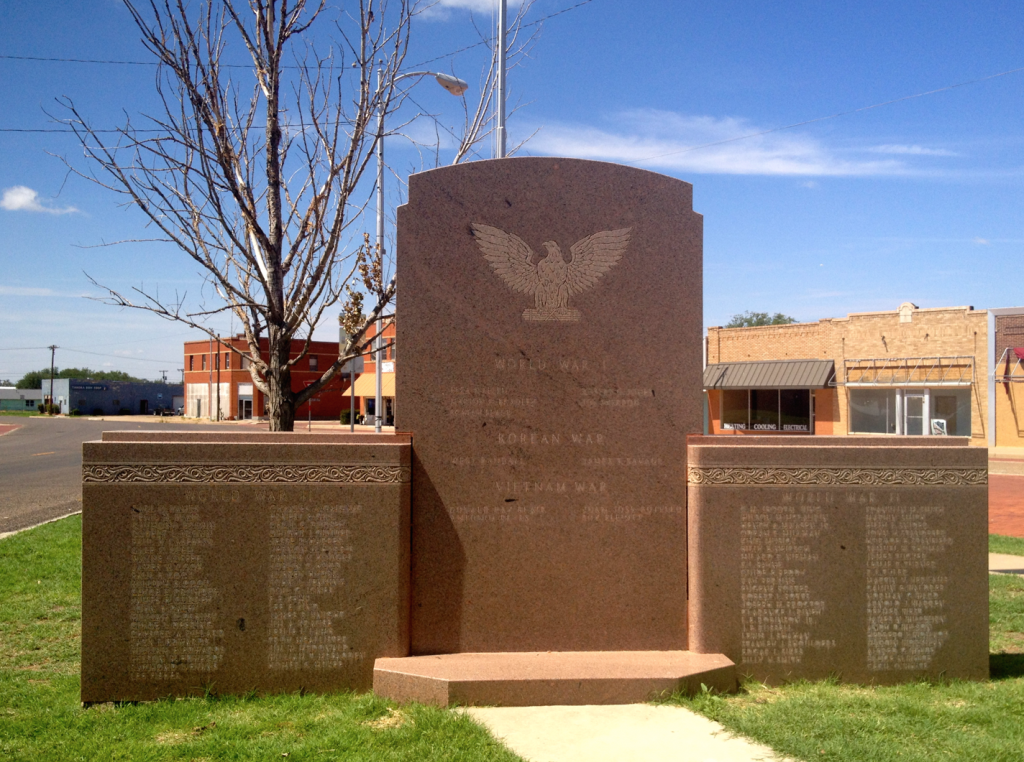 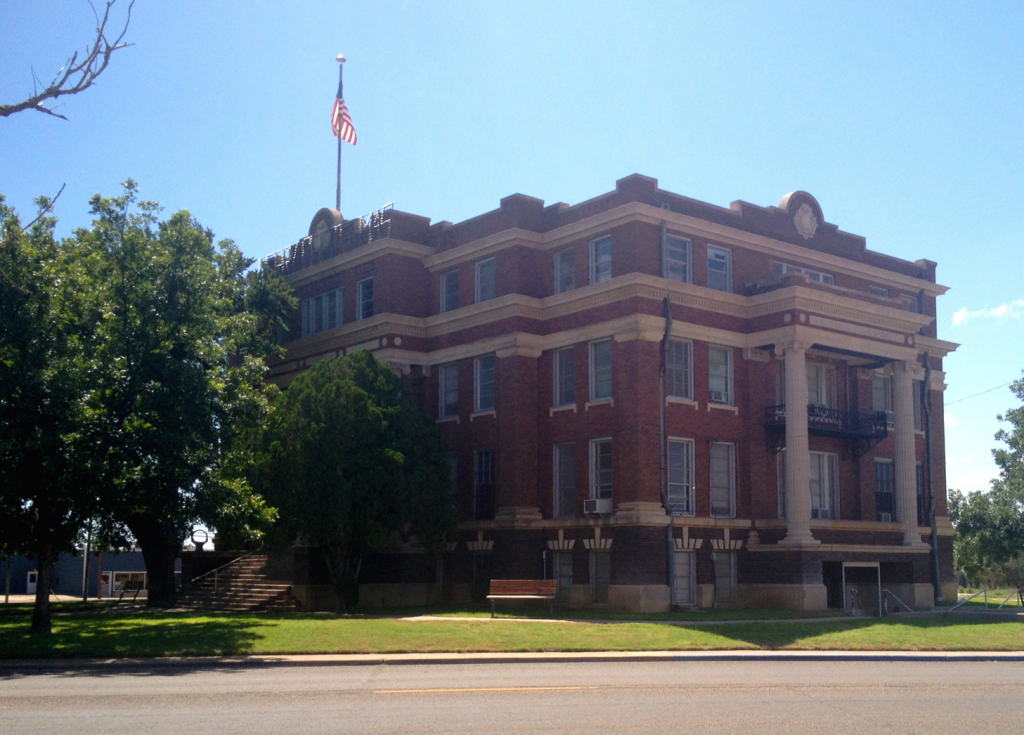 This photo was taken from the other portion of the courthouse lot, on the other side of the highway. 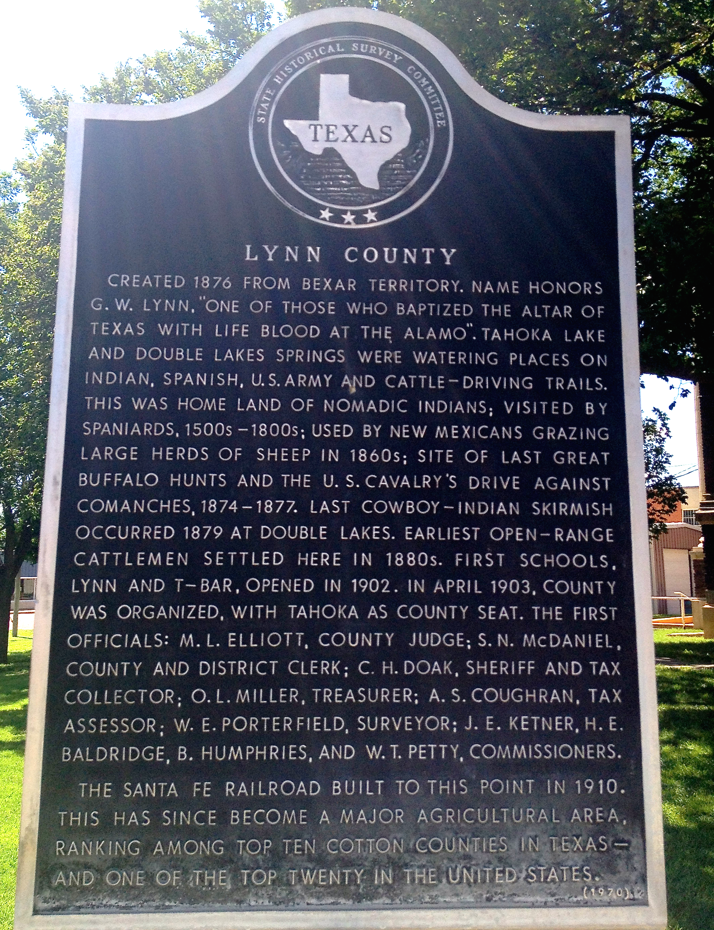 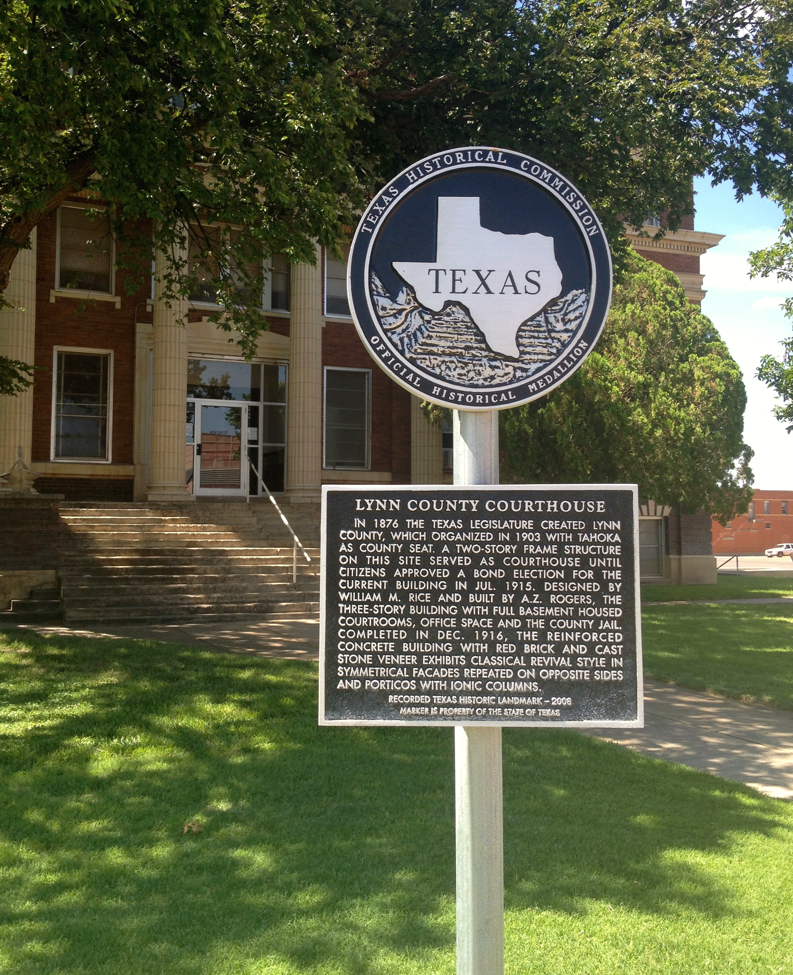