Home being so close in proximity to Johnson County, it was sort of shocking that I hadn’t been there yet to get the courthouse. It seems that all the courthouse trips I’ve ever taken throughout the area bypassed Cleburne and its county. And every time I passed through the Cleburne square otherwise, there was something limiting me. Perhaps it was night or we didn’t have a camera with us (this was when I used a camera, and not the iPhone 5 built in device). It had become sort of a running joke that I didn’t have Johnson County yet.

So on Saturday, May 24, my grandfather said that he needed to go to Cleburne to pick up a tractor part from the John Deere dealership, and I decided while I had the opportunity, and the conditions were right, I’d photograph the Johnson County Courthouse. From the house, we took off down the maze of country roads linking southeast Hood County to Cleburne. We chose them particularly to let me get some driving practice. Only the day before had I officially obtained my learner’s permit, and a courthouse trip was as good as any a time to try out the wheel. This marked the very first courthouse trip during which I drove. What a milestone.

I drove him to the John Deere Dealership, the reason for our trip, and I let him take over from there. He drove me to the courthouse. I’m glad that I had never photographed the courthouse until now. Back in the early days of courthousing, I’d have just photographed myself here and moved on. Knowing me, by now I would have wanted to return for a redo. By waiting until now to visit this courthouse, I knew what it was I wanted picture-wise, and we wouldn’t ever have to come back to redo it. 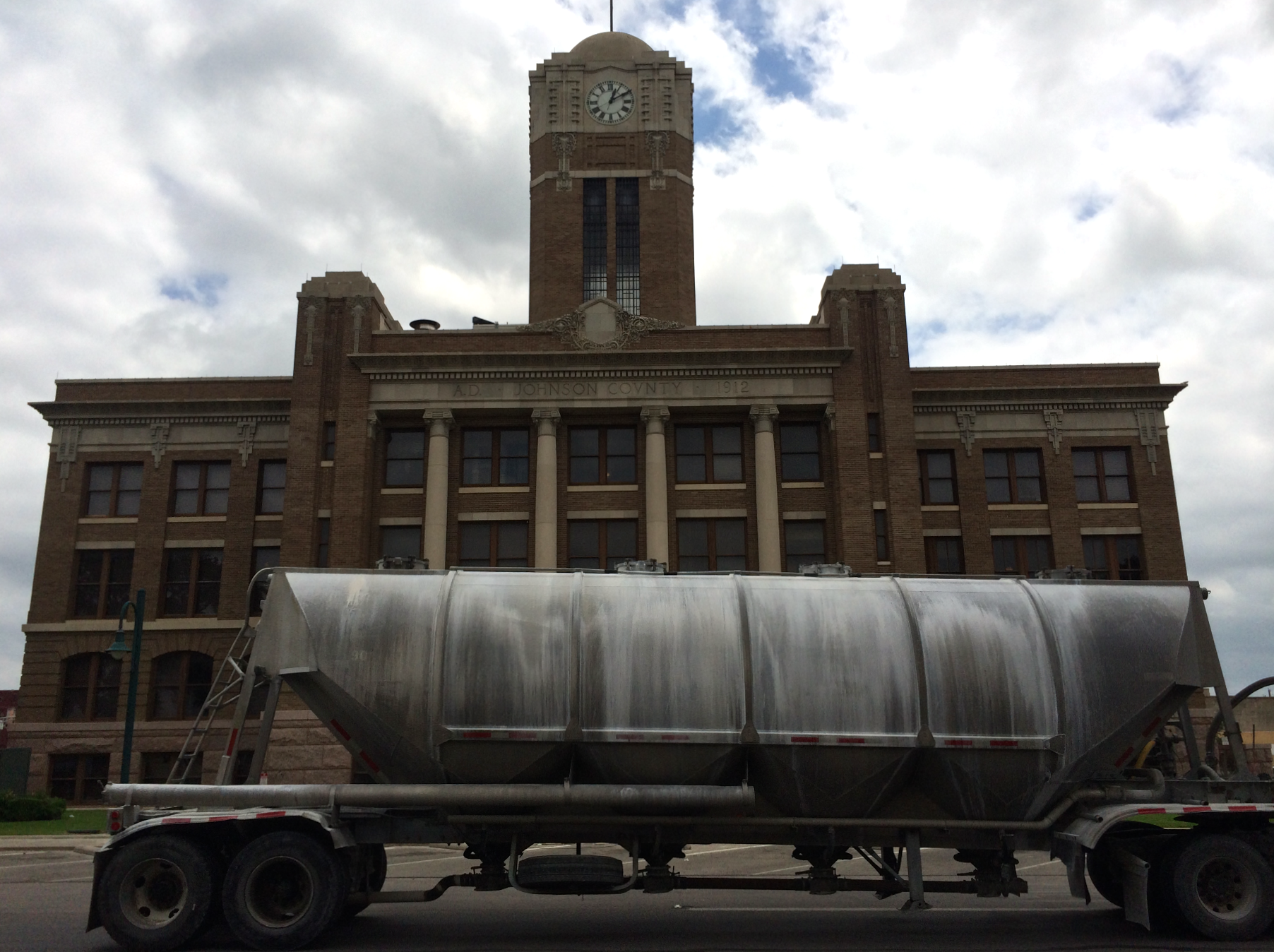 From Cleburne, we decided to head north towards Fort Worth and try out the full length of the newly opened Chisholm Trail Parkway. It’s fast! We followed it all the way to Montgomery Street (the current end of the parkway) and exited on to I-30 for downtown. I figured now was as good a time as ever to rephotograph the Tarrant County Courthouse (#2), a task I’d been meaning to get to. 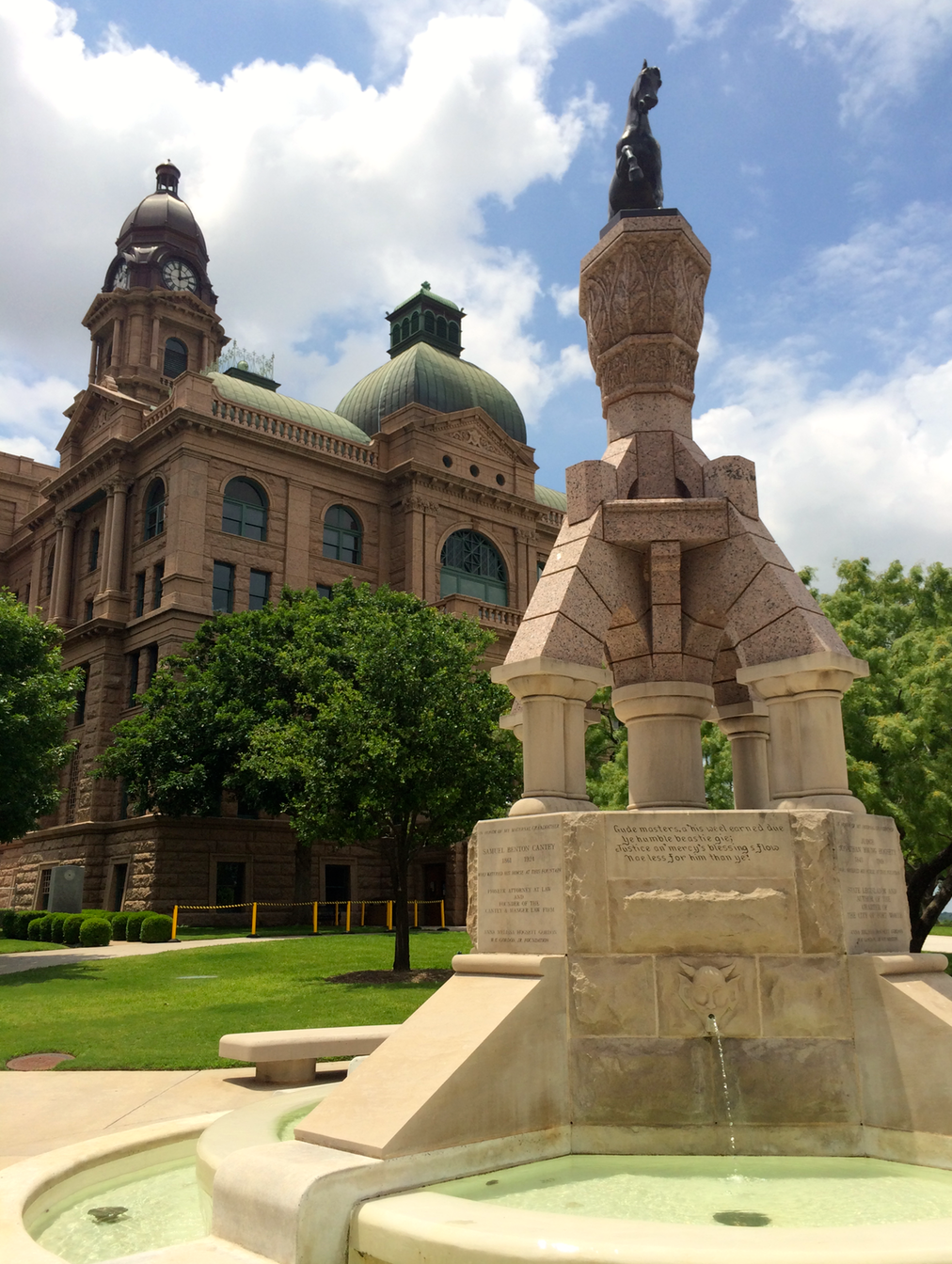 The courthouse was undergoing partial restoration, limiting my picture-taking ability. Though, I think I was able to manage with what I had. Getting to Fort Worth to rephotograph is more than half the challenge of traveling to some of the other destinations on the redo list. So maybe I can come back.